Continuing my journey in visiting Donalds I came up with a plan to kill a couple of birds with one stone.
I had to head down to Cheshire to escort my mother for a hospital appointment, so as the forecast continued to be favourable I thought why not head north a wee bit earlier than usual and go for a 'brisk' walk

I had a few options on the table but as I wouldn't be walking until about midday it would have to be a single hill and ideally I wanted to try and avoid the traffic heading home from work in Edinburgh.
So after studying the remaining Donalds I decided Cairnsmore of Fleet would be the target. So just after crossing the Border it was then a matter of following the A75 which is a good road for quite a bit further than I expected

Having said it is a good road it also is the main link road that takes HGV's to Stranraer and the ferry crossing to Northern Ireland. I had never driven along the A75 as I have always headed SW either from the north or via Abington so it was a journey of adventure

I won't bother drawing the route as it was a straight up & down, following the WH guide

I arrived at the designated parking area and was off on my way just after 11.30, there wasn't a cloud in the sky and the ground was nice and firm and crisp 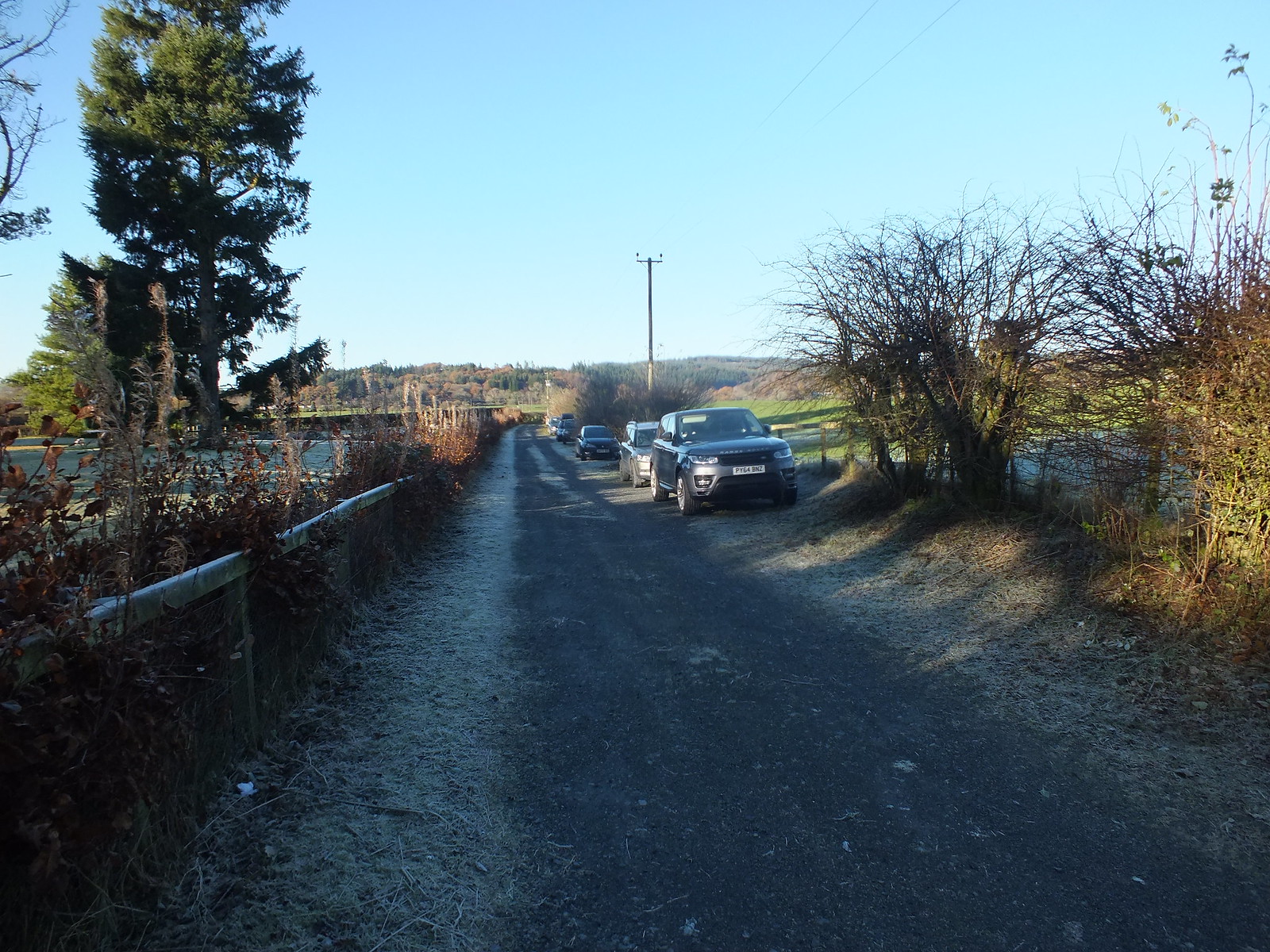 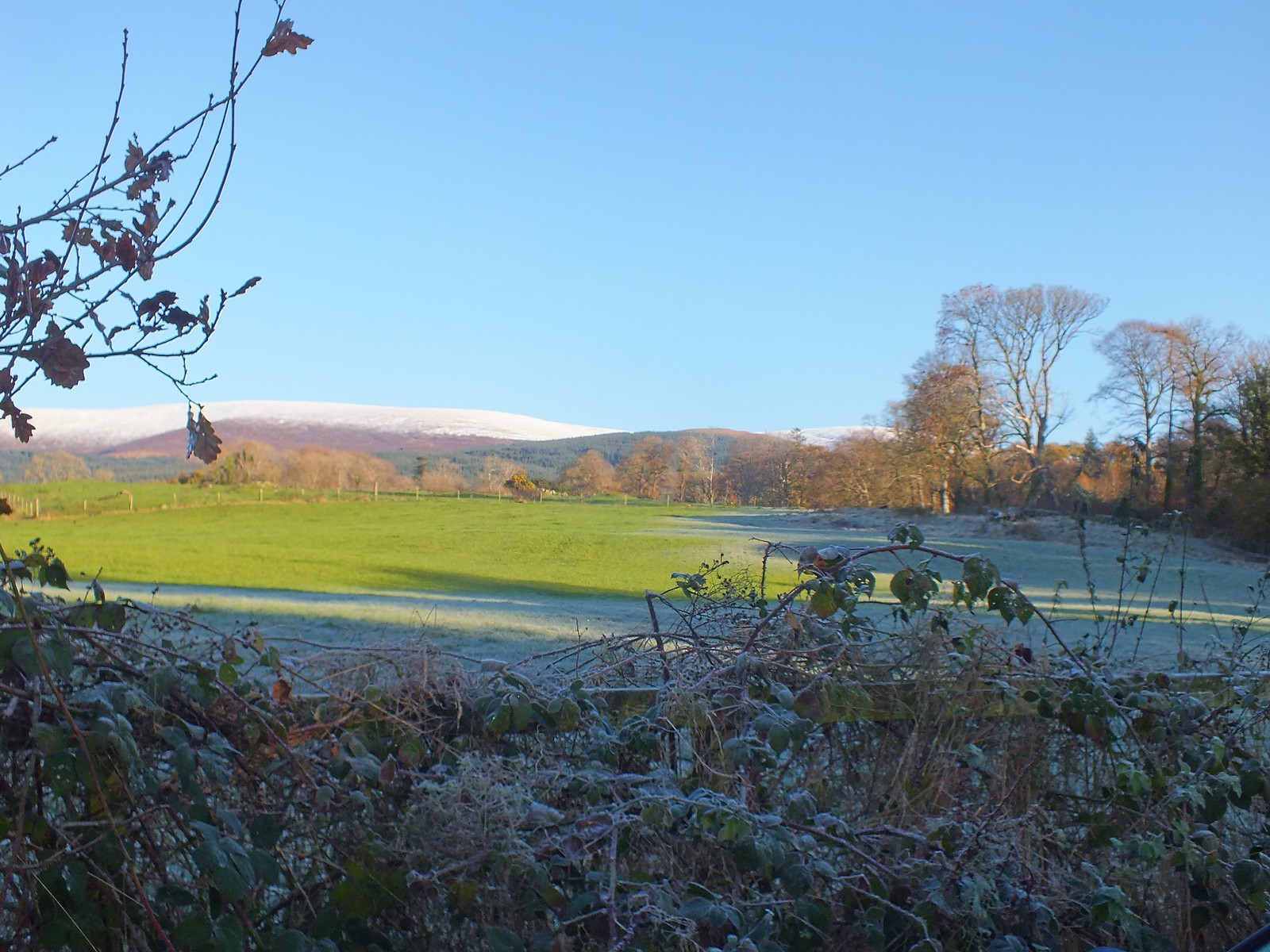 Looks quite a long way away 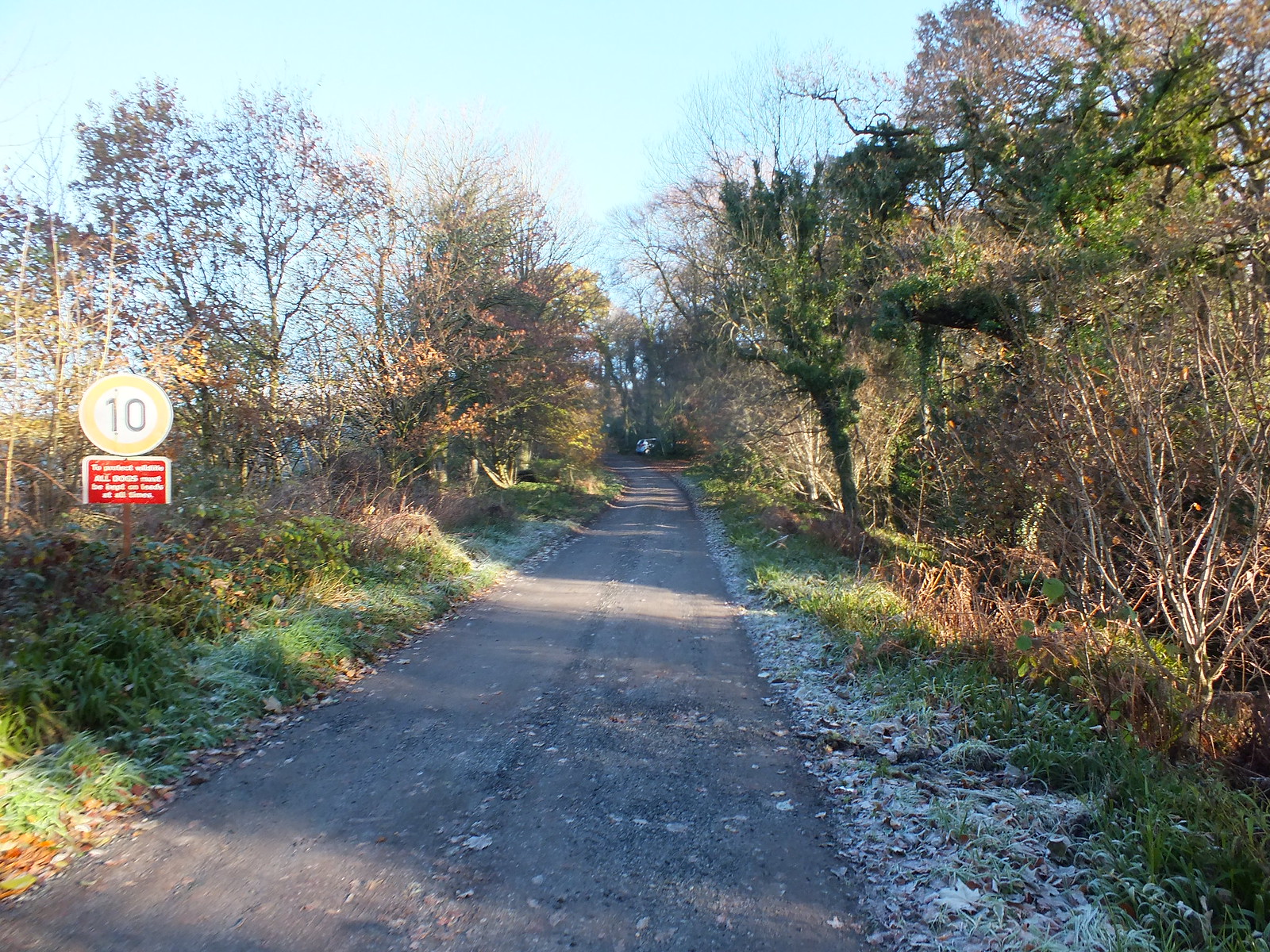 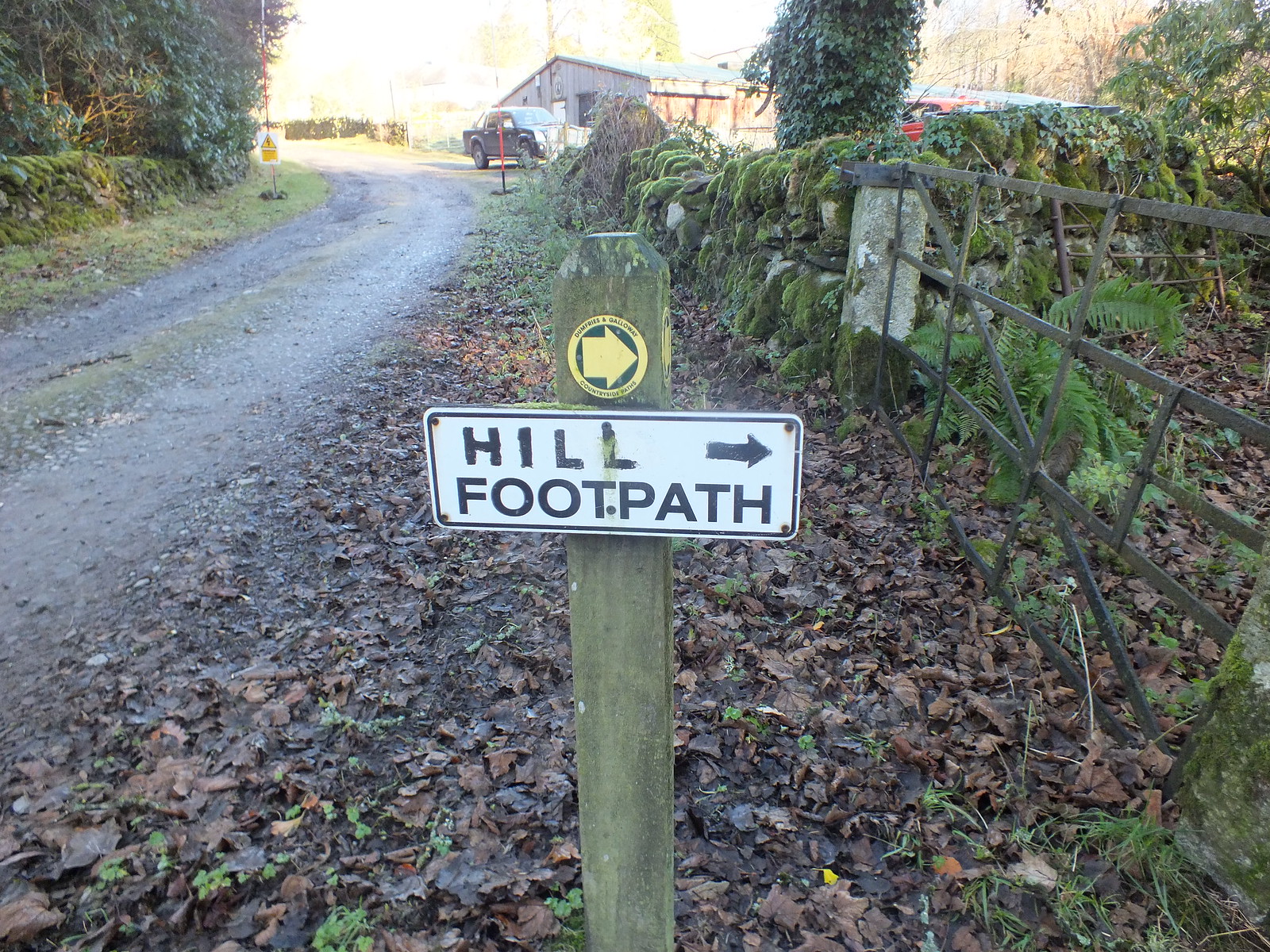 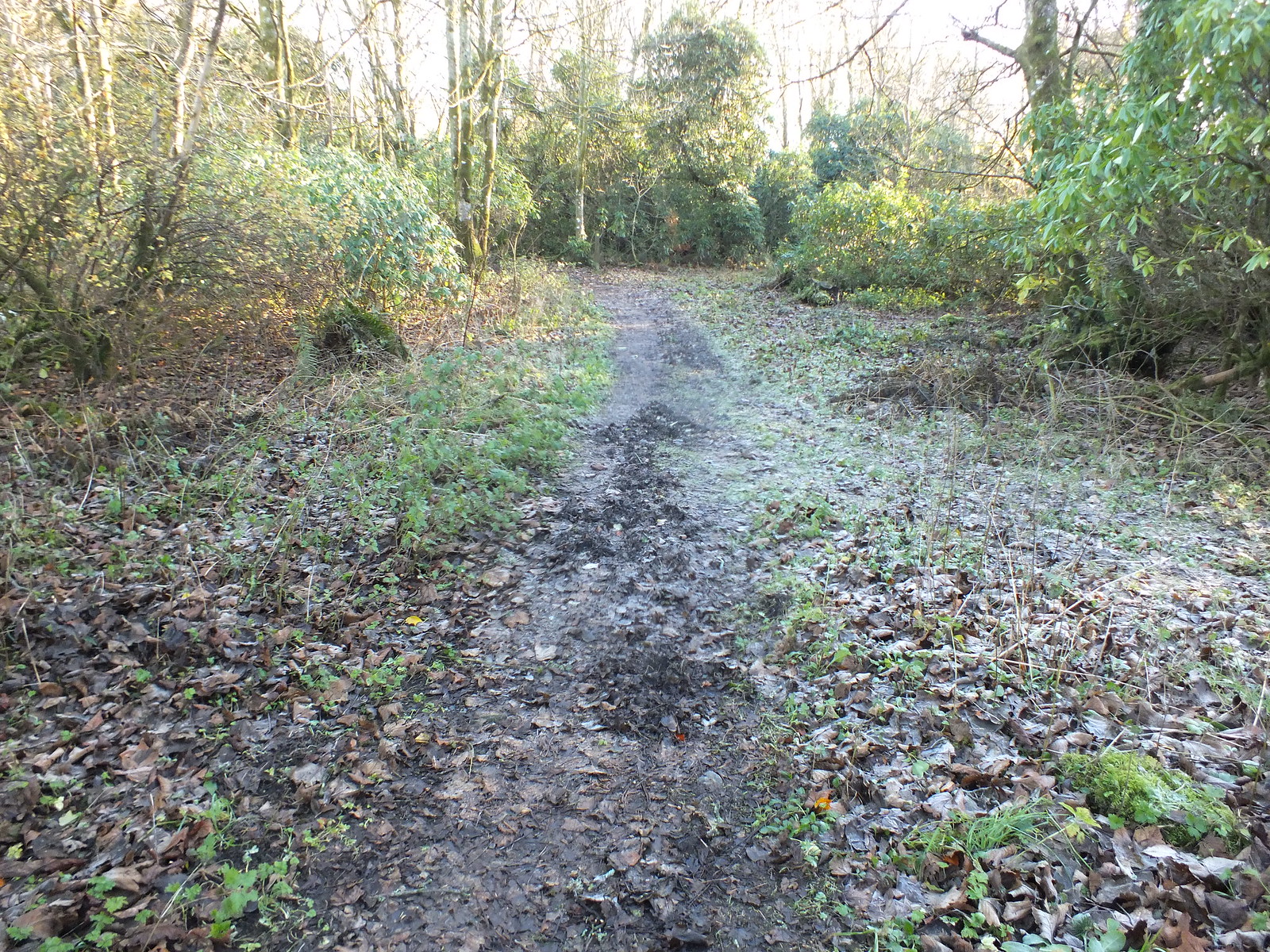 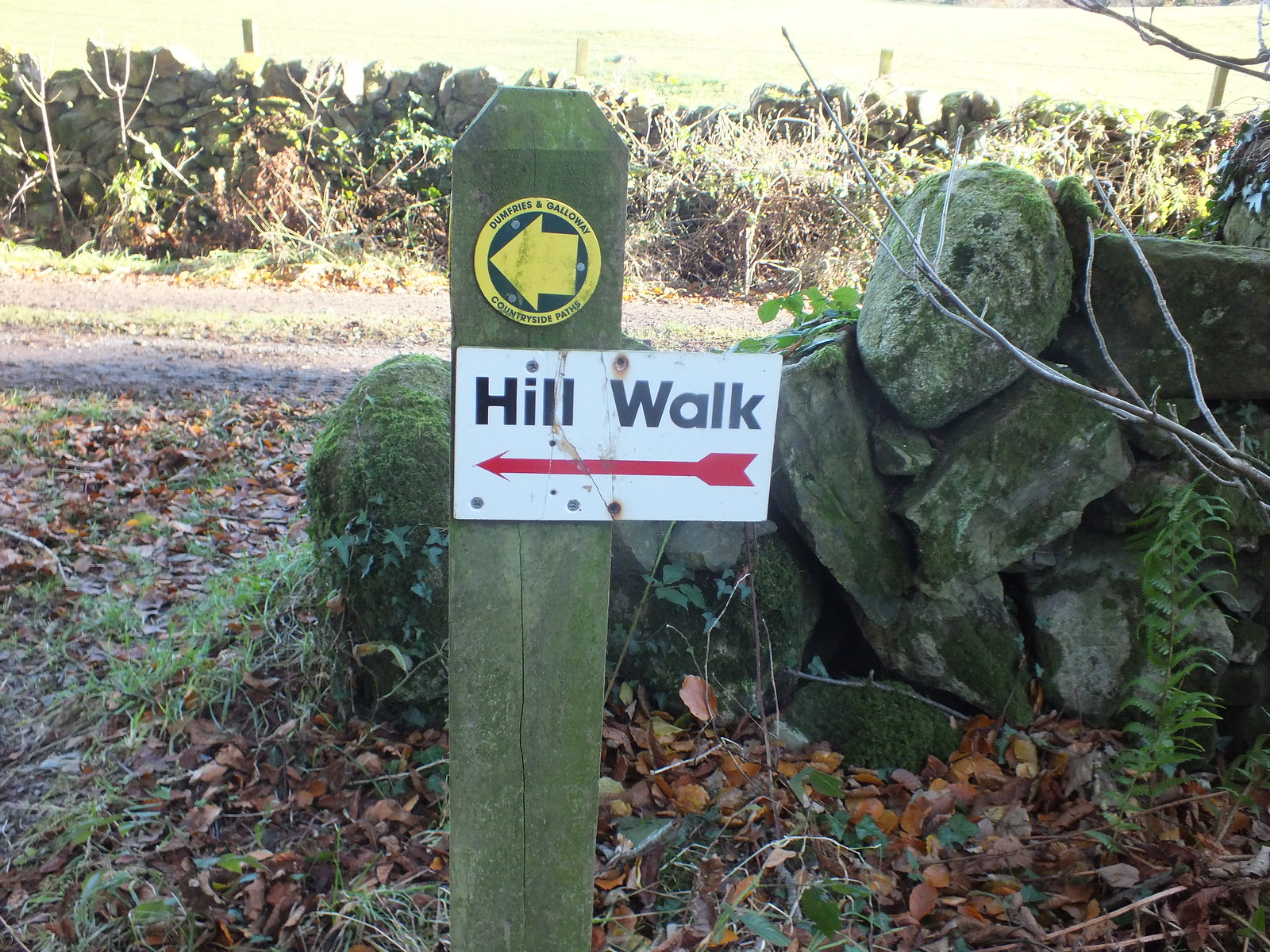 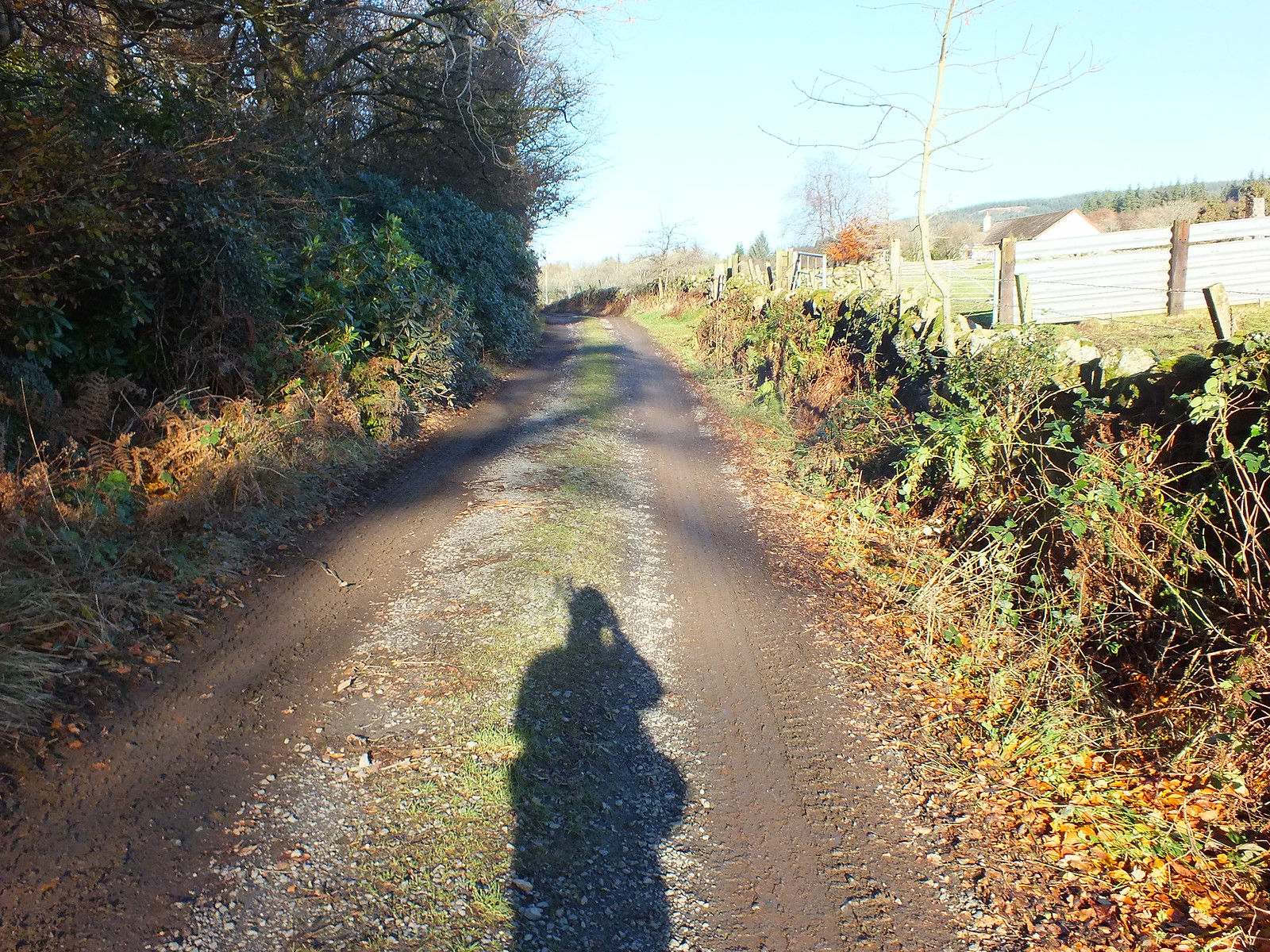 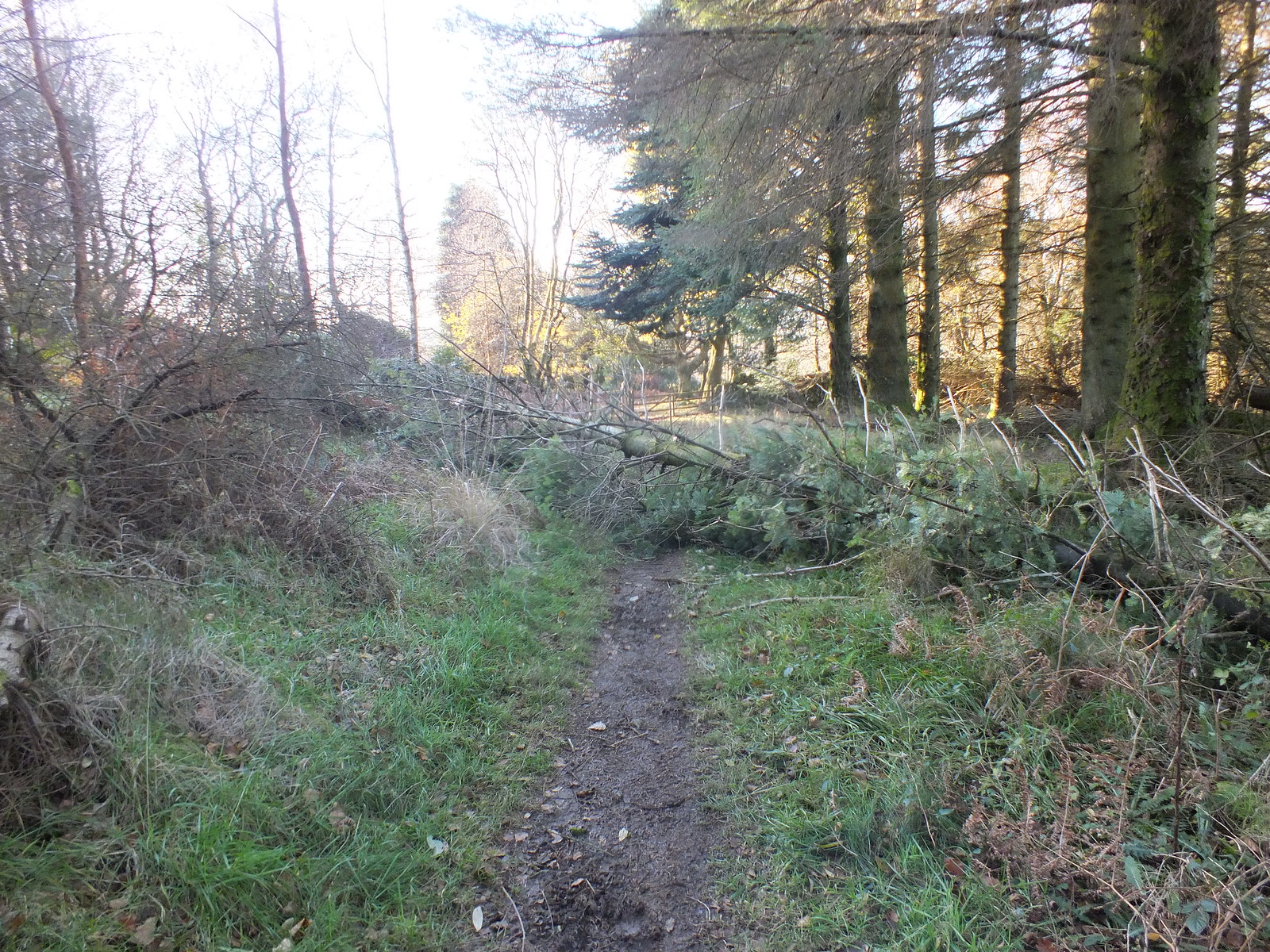 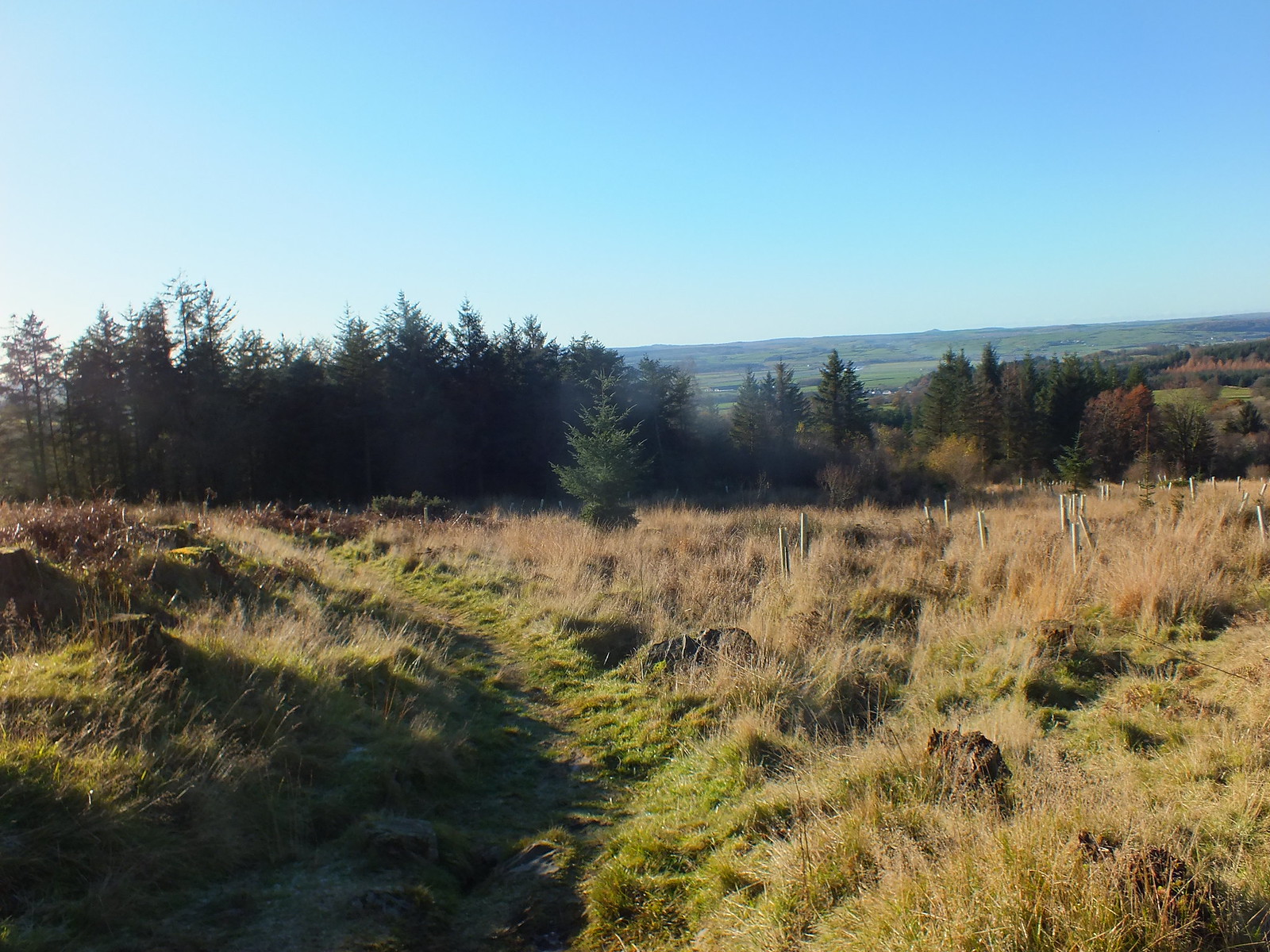 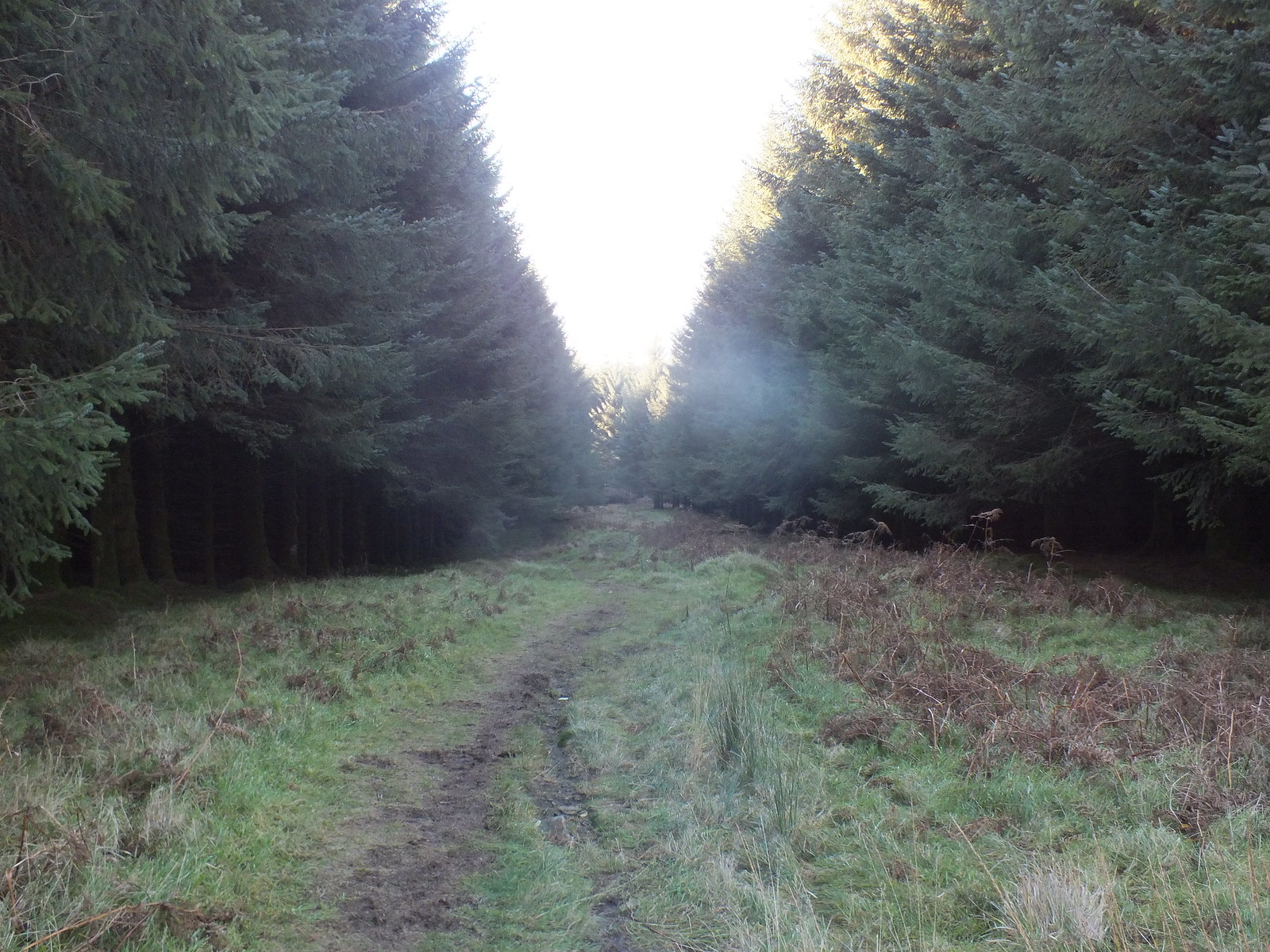 Pretty good path up through the forest

The initial part of the walk is very straight forward and as the photo's suggest, there are signs to keep you right

The path up through the forest is a mixture of mud, stones and grass and has a nice steady incline. Parts of the path were covered in icy patches and I made a mental note to take care when descending 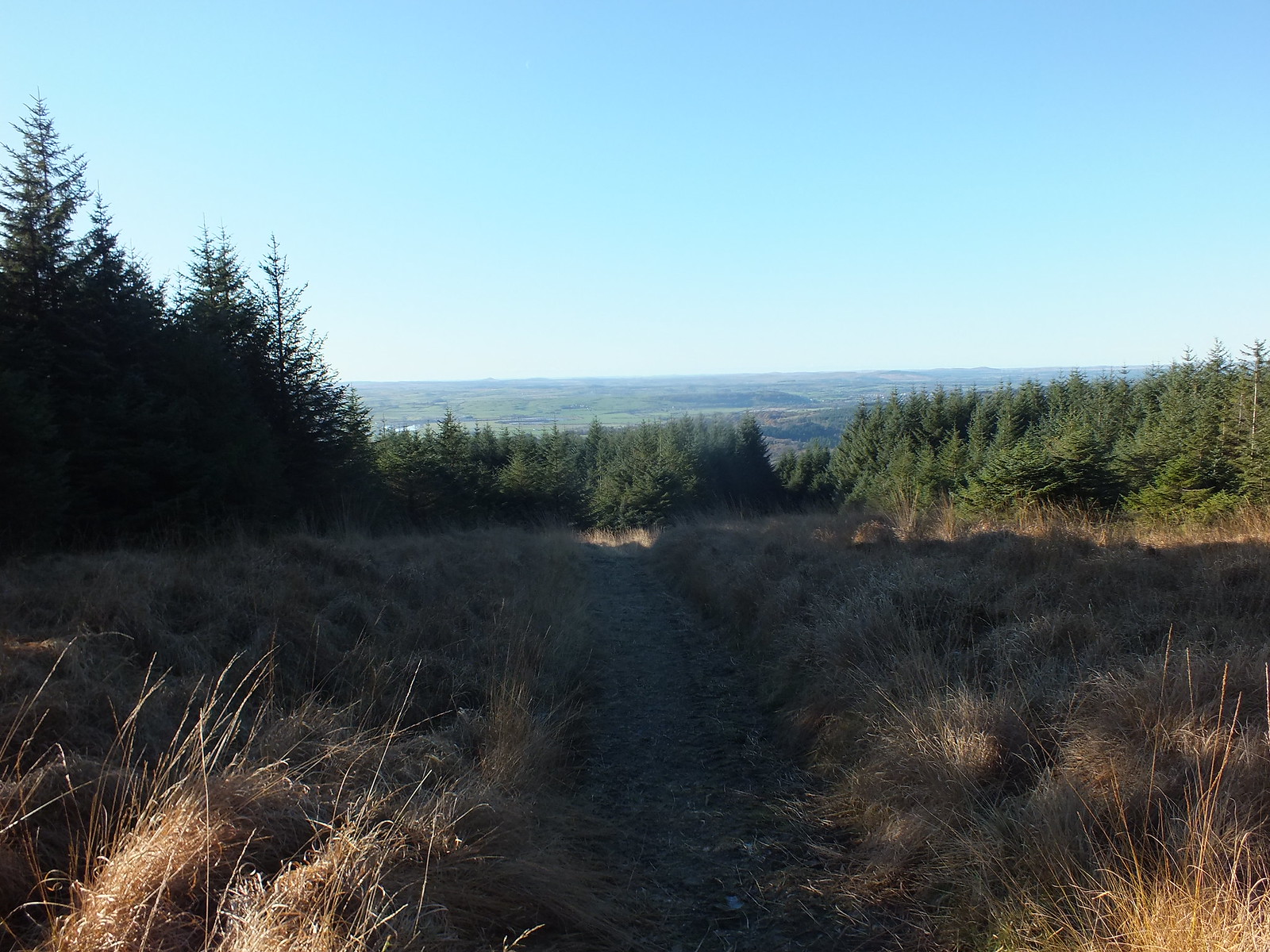 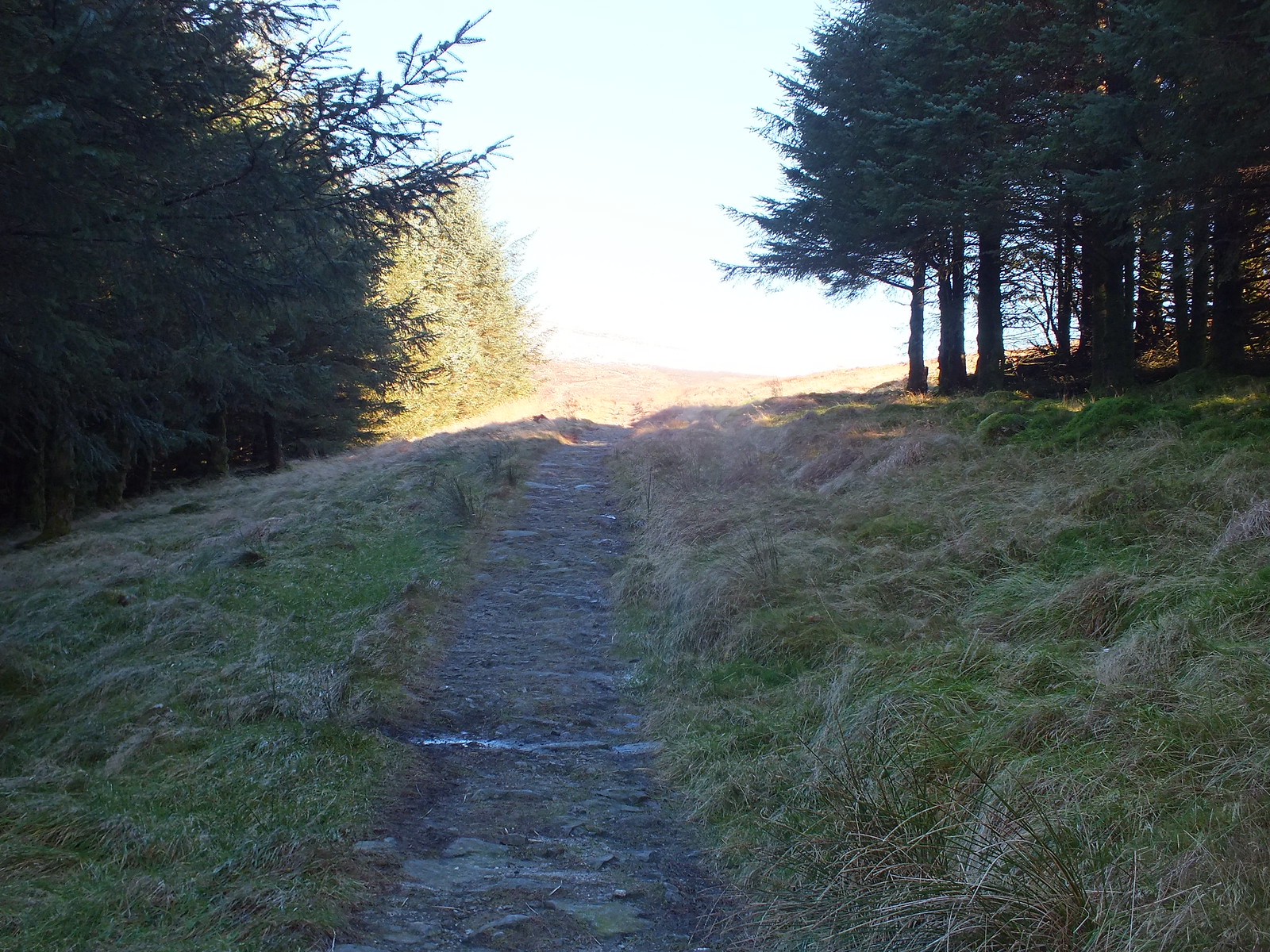 Nearly out of the forest 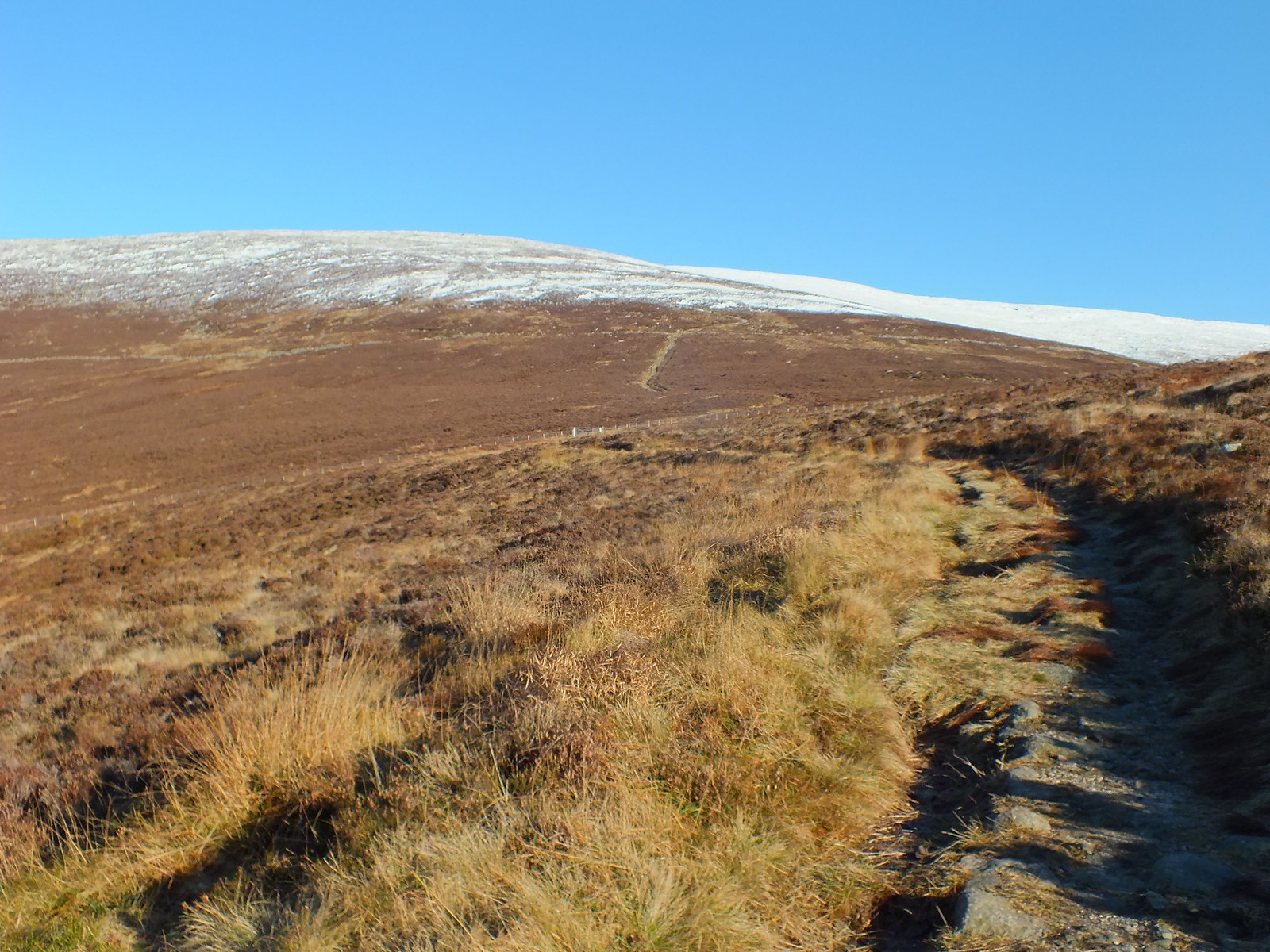 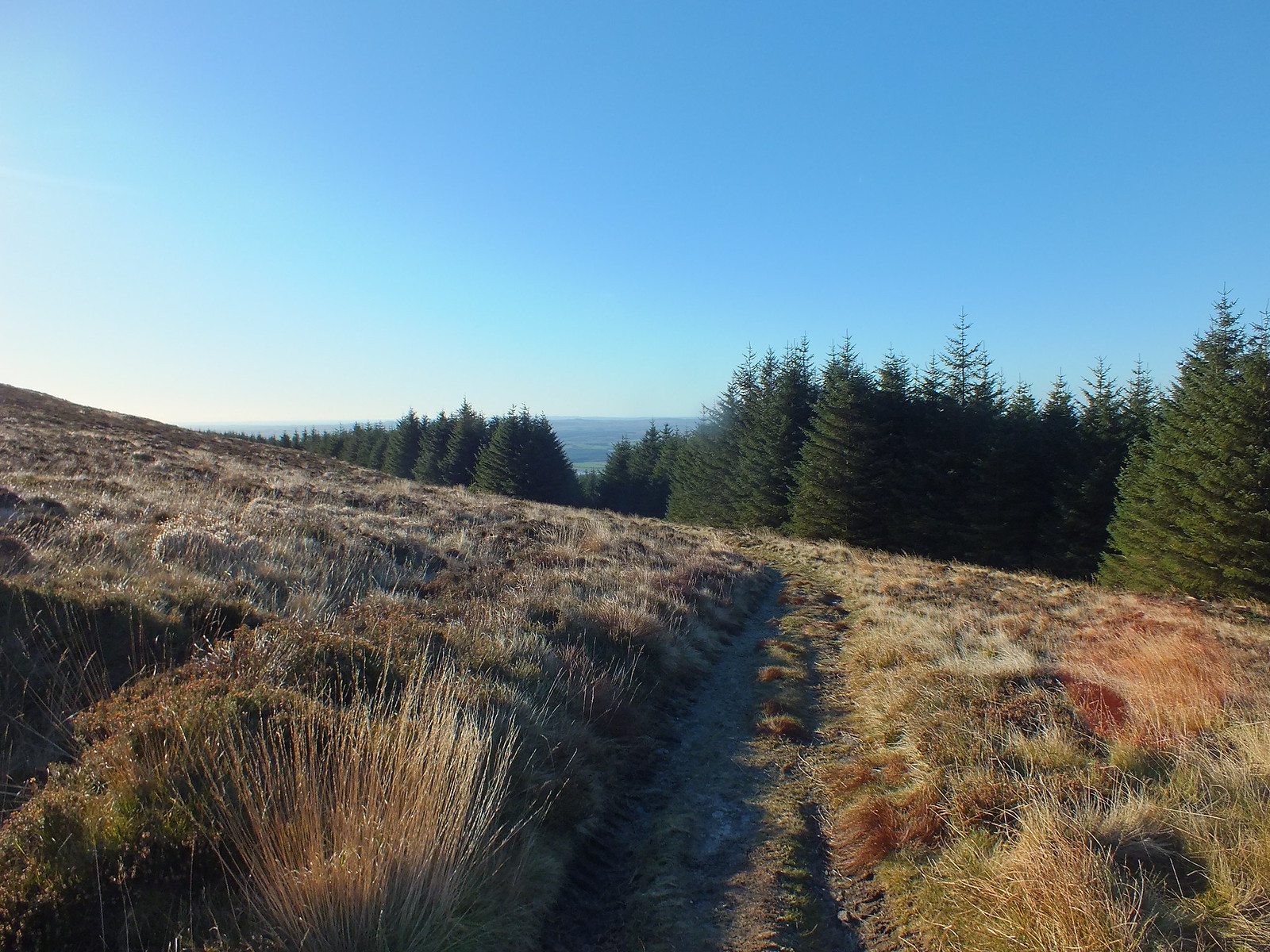 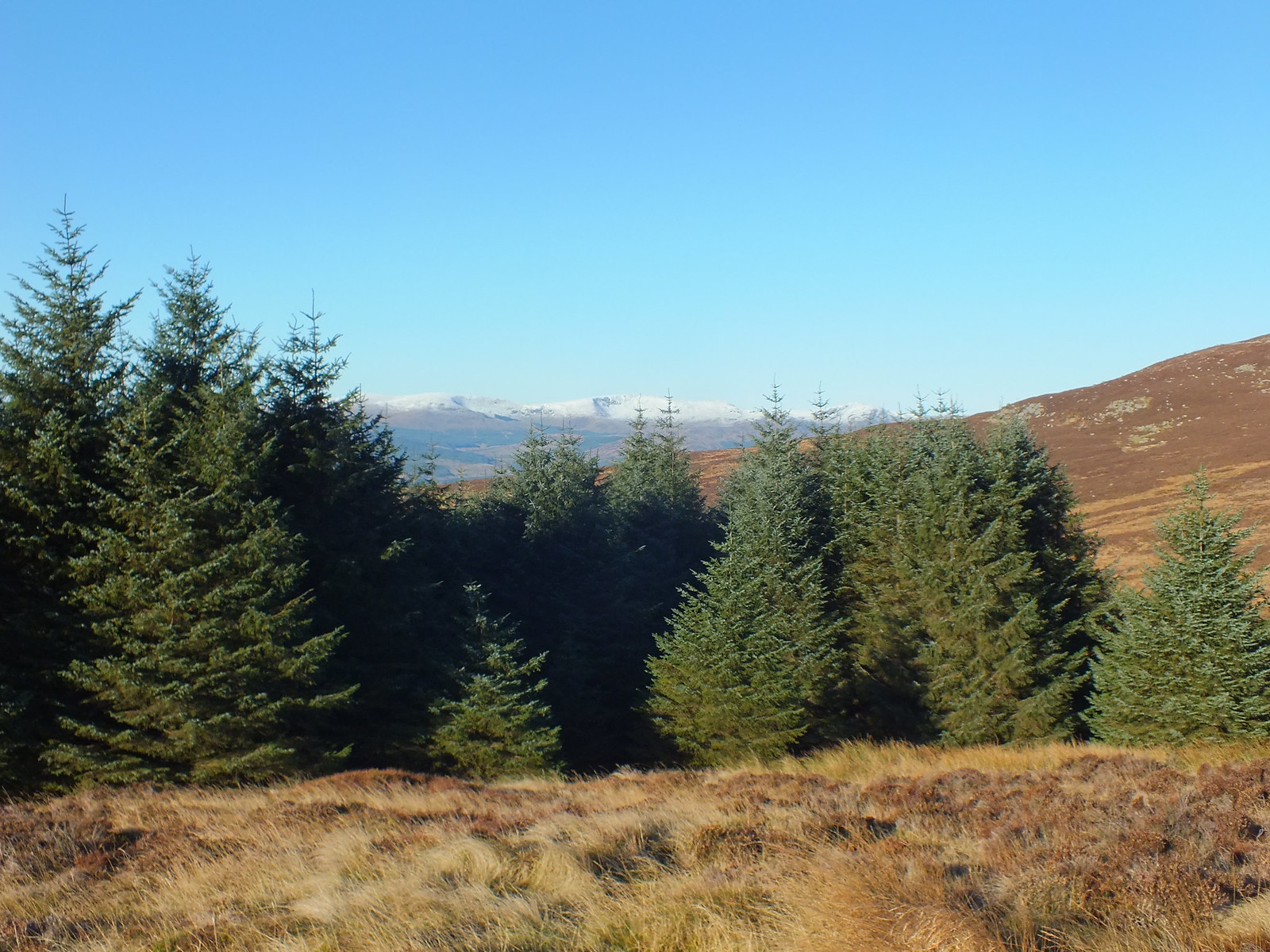 Looking across to the bigger hills 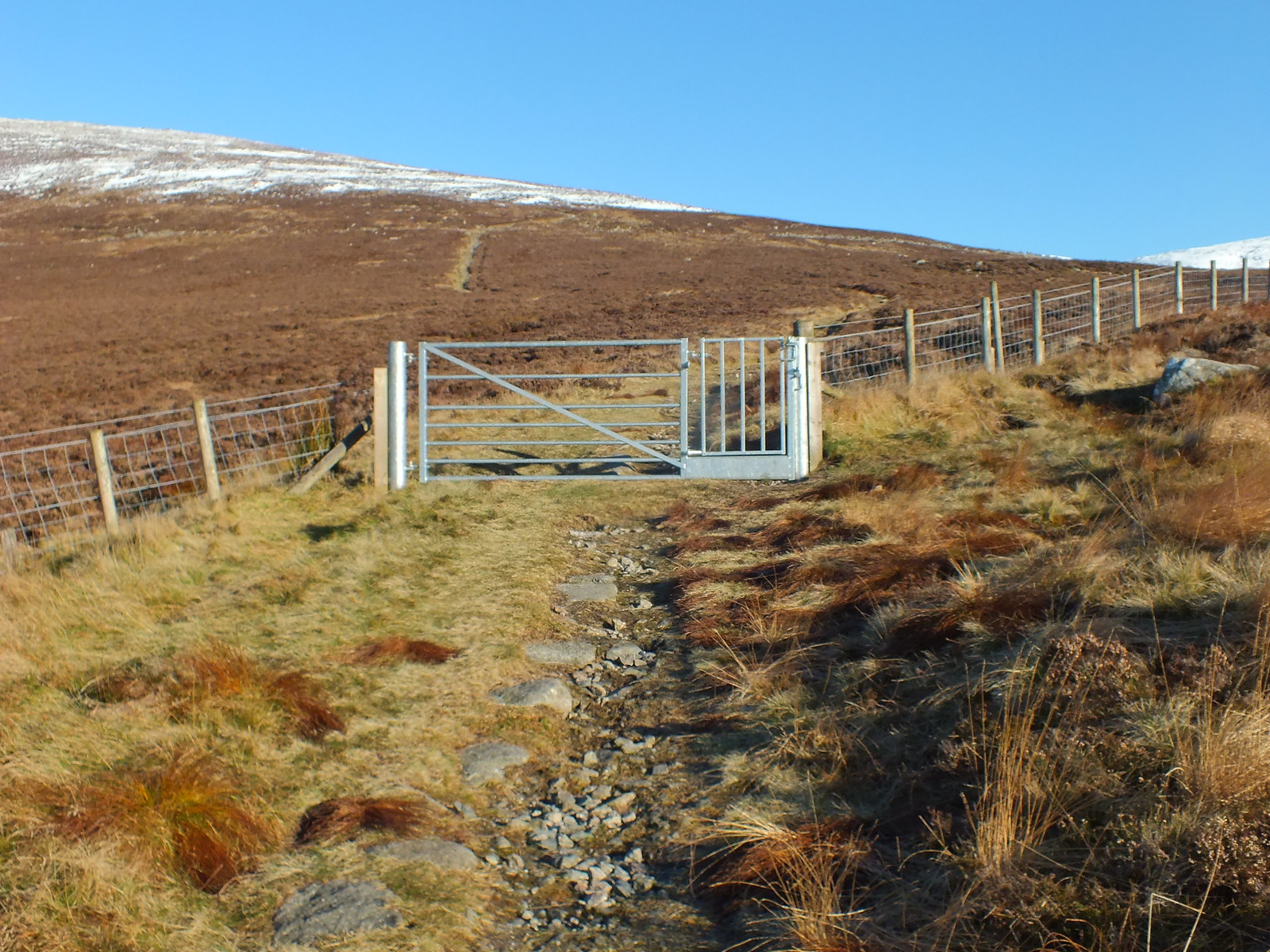 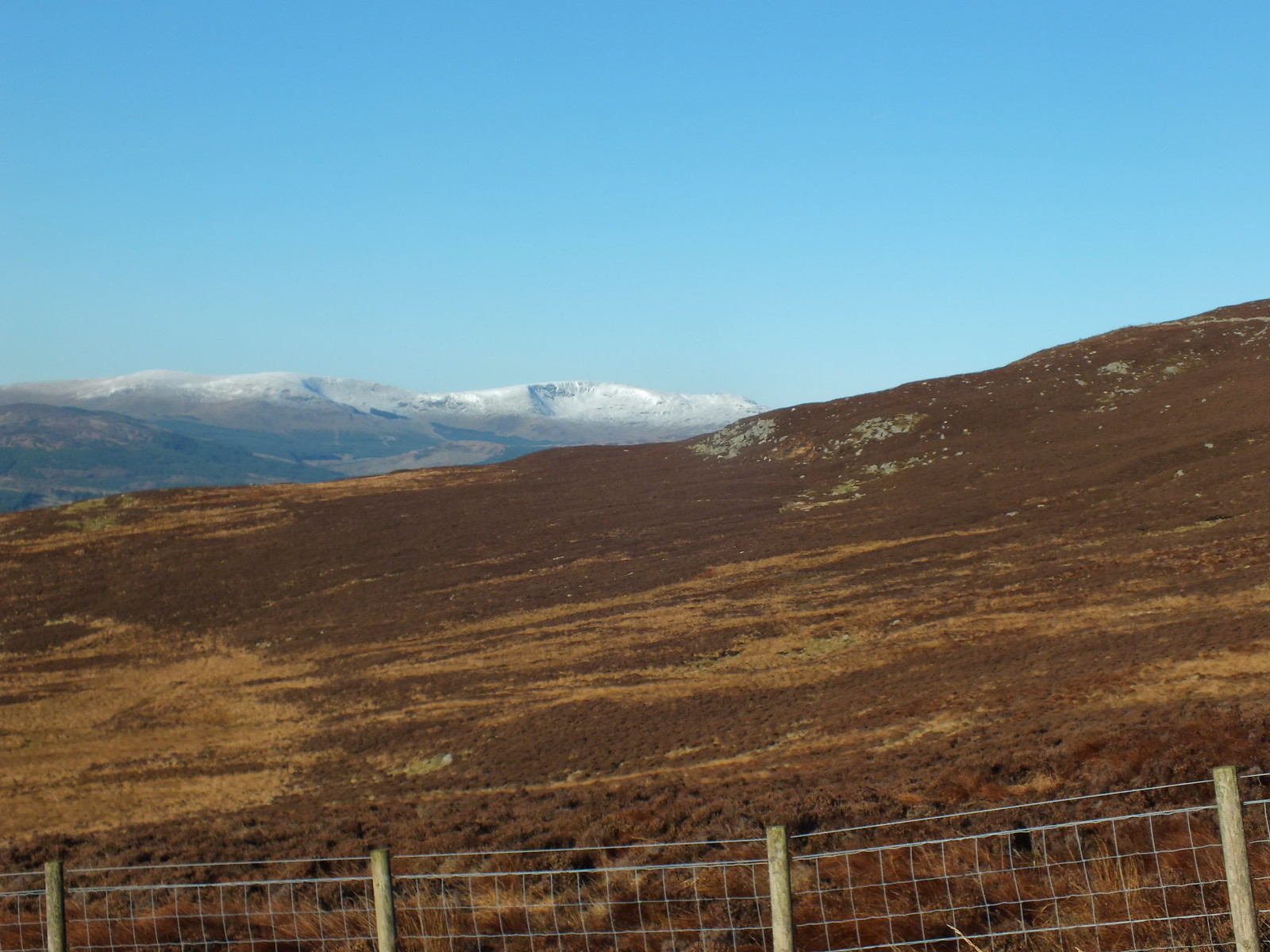 After last weeks exploits in the Cheviots I was wondering how deep the snow was going to be higher up, as it turned out the numerous fellow walkers had compacted the snow quite well. There were a couple of patches of squidgyness and they were very noticeable by brown boot prints, so a few detours solved that little problem. 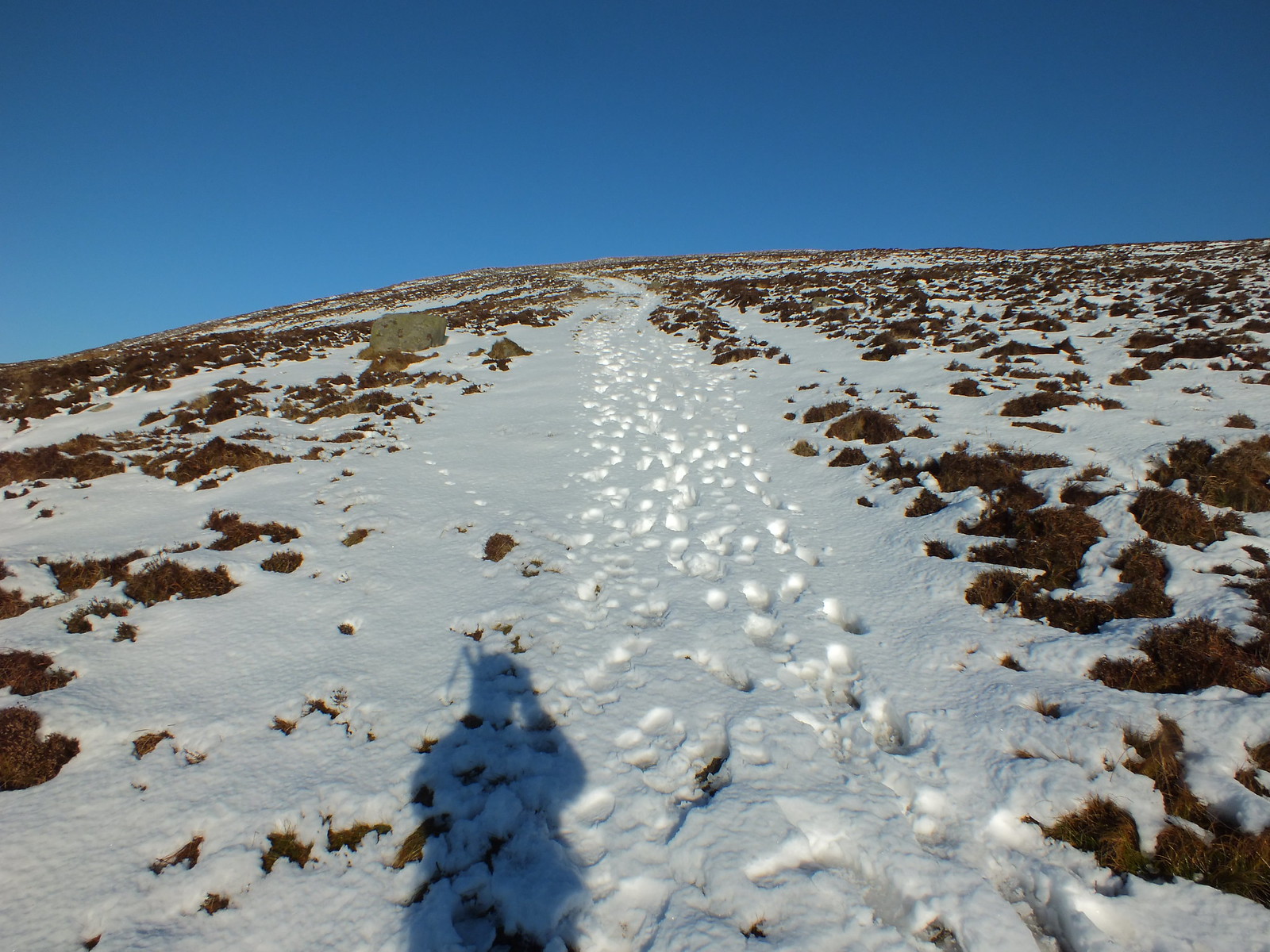 Quite a busy hill 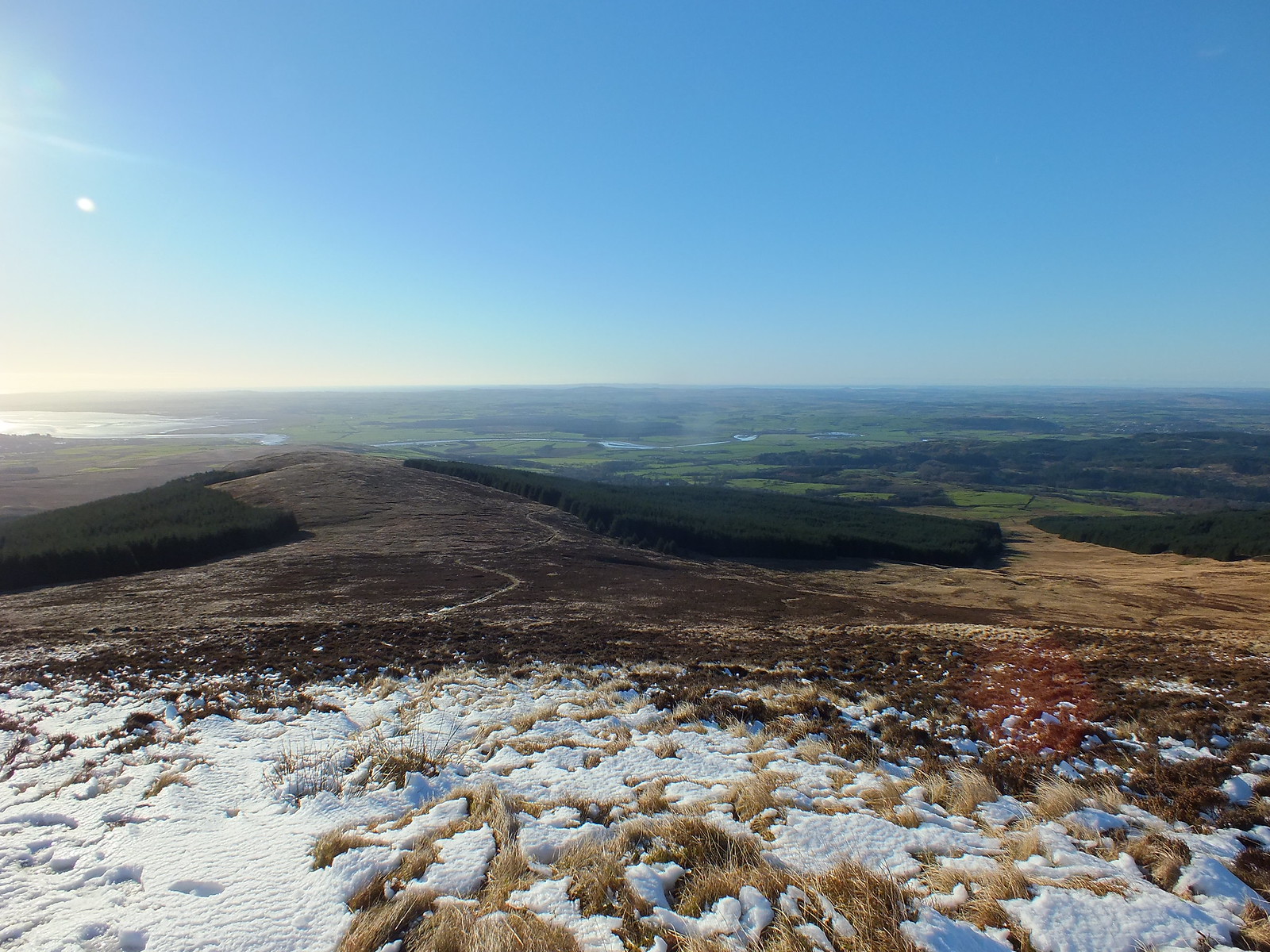 Looking back, rather impressive 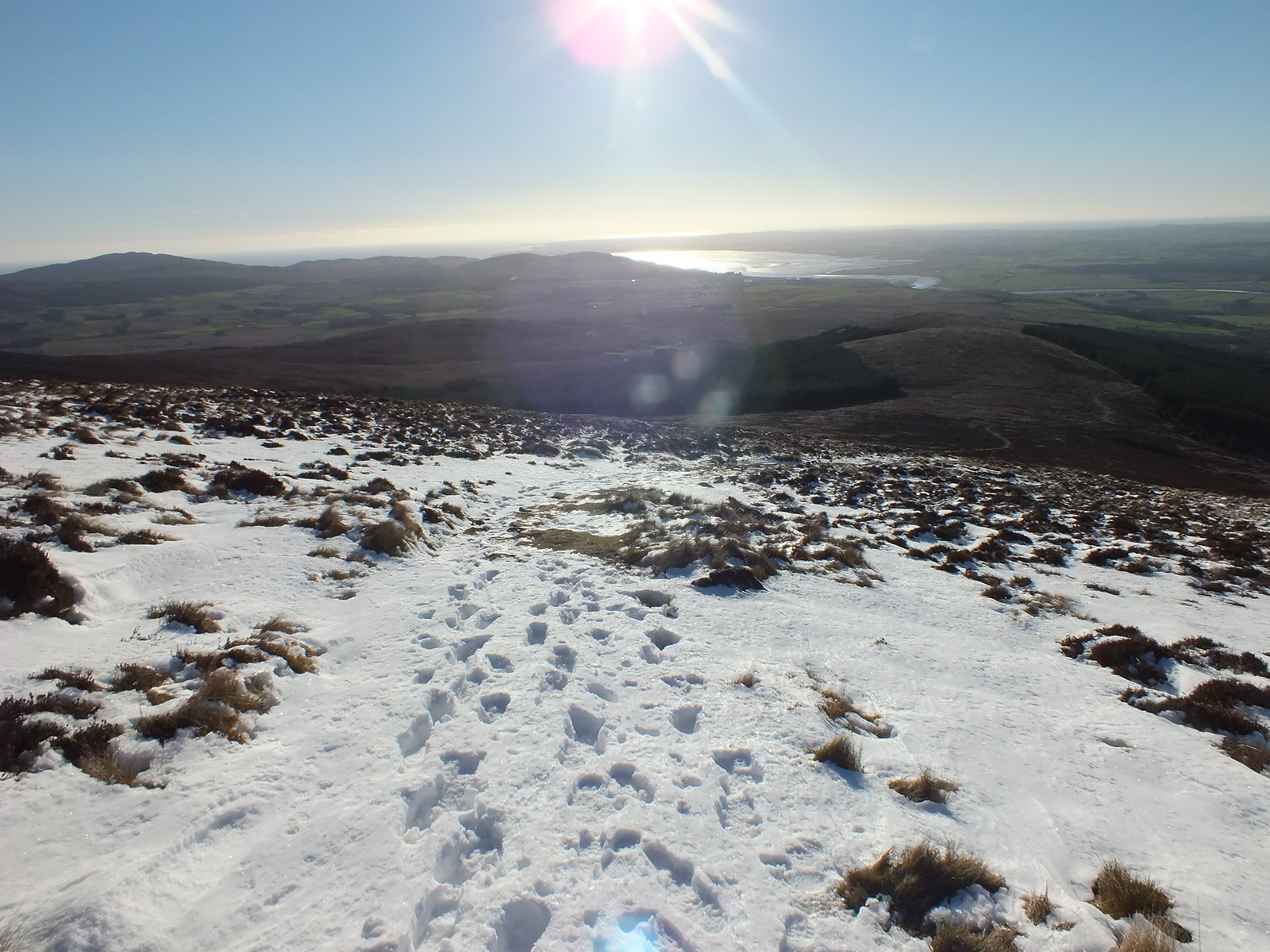 Sun was making photo's of the Solway Firth difficult, it's not very often the sun makes an appearance so musn't complain 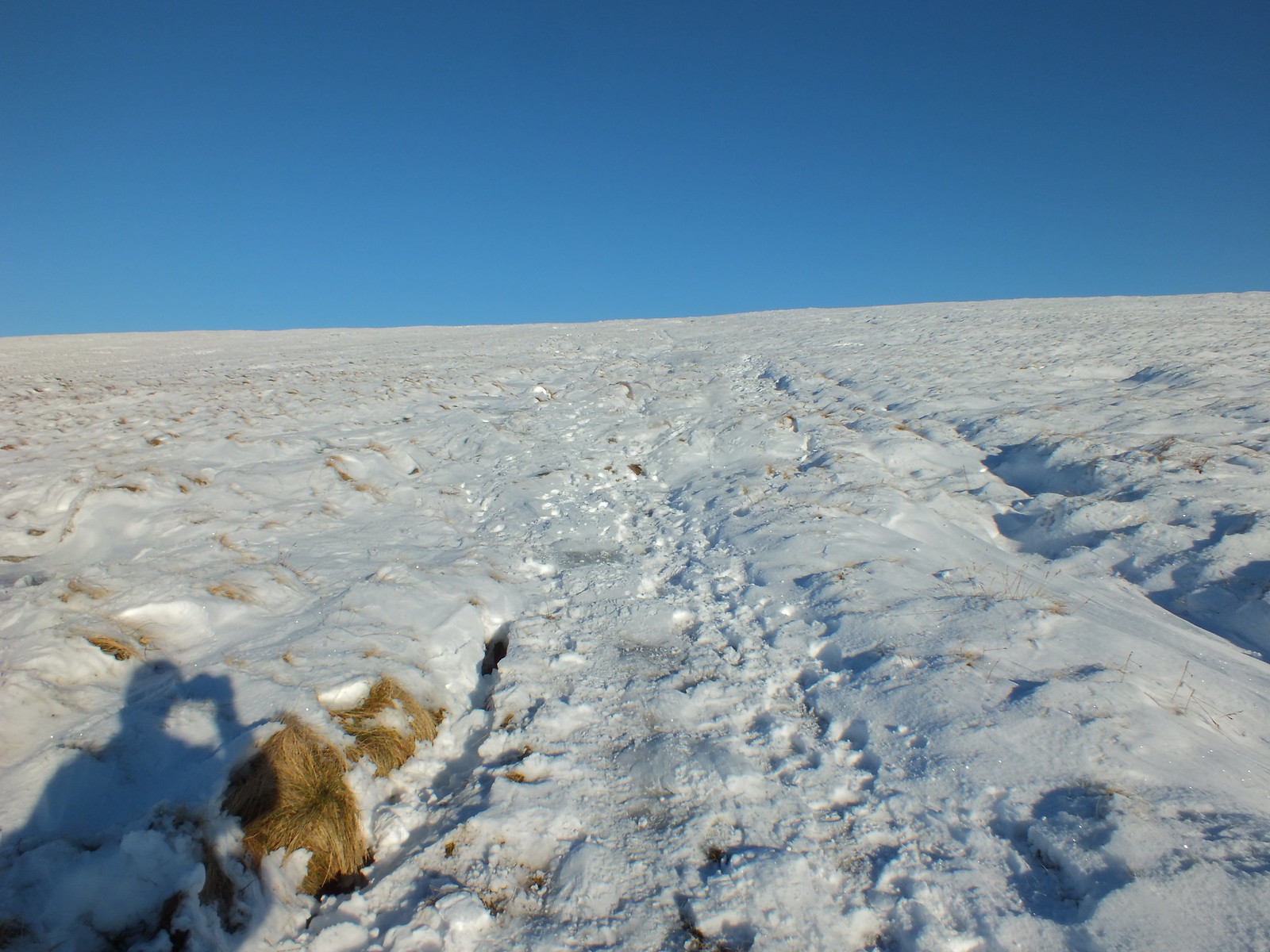 Not far now, snow much firmer 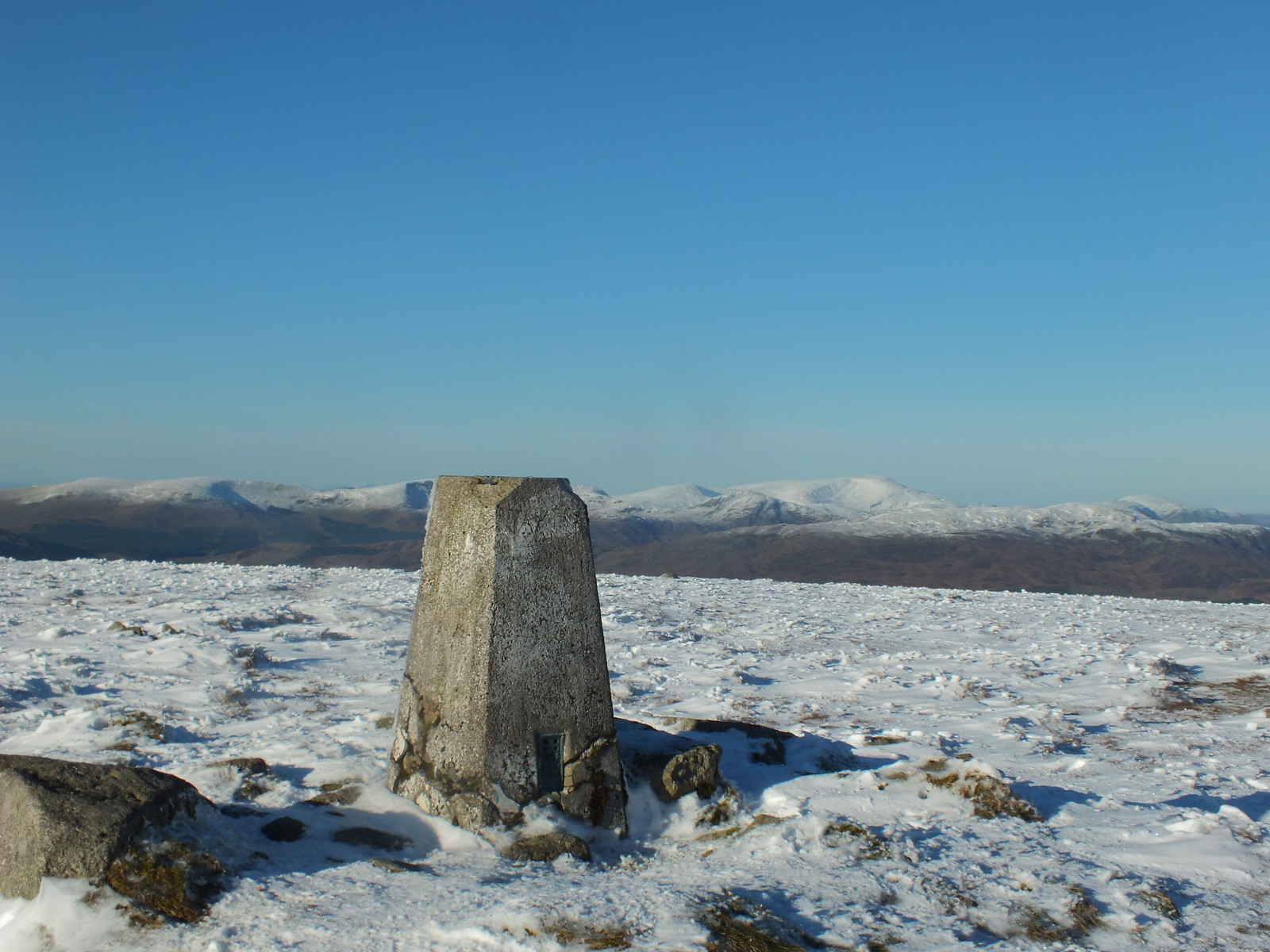 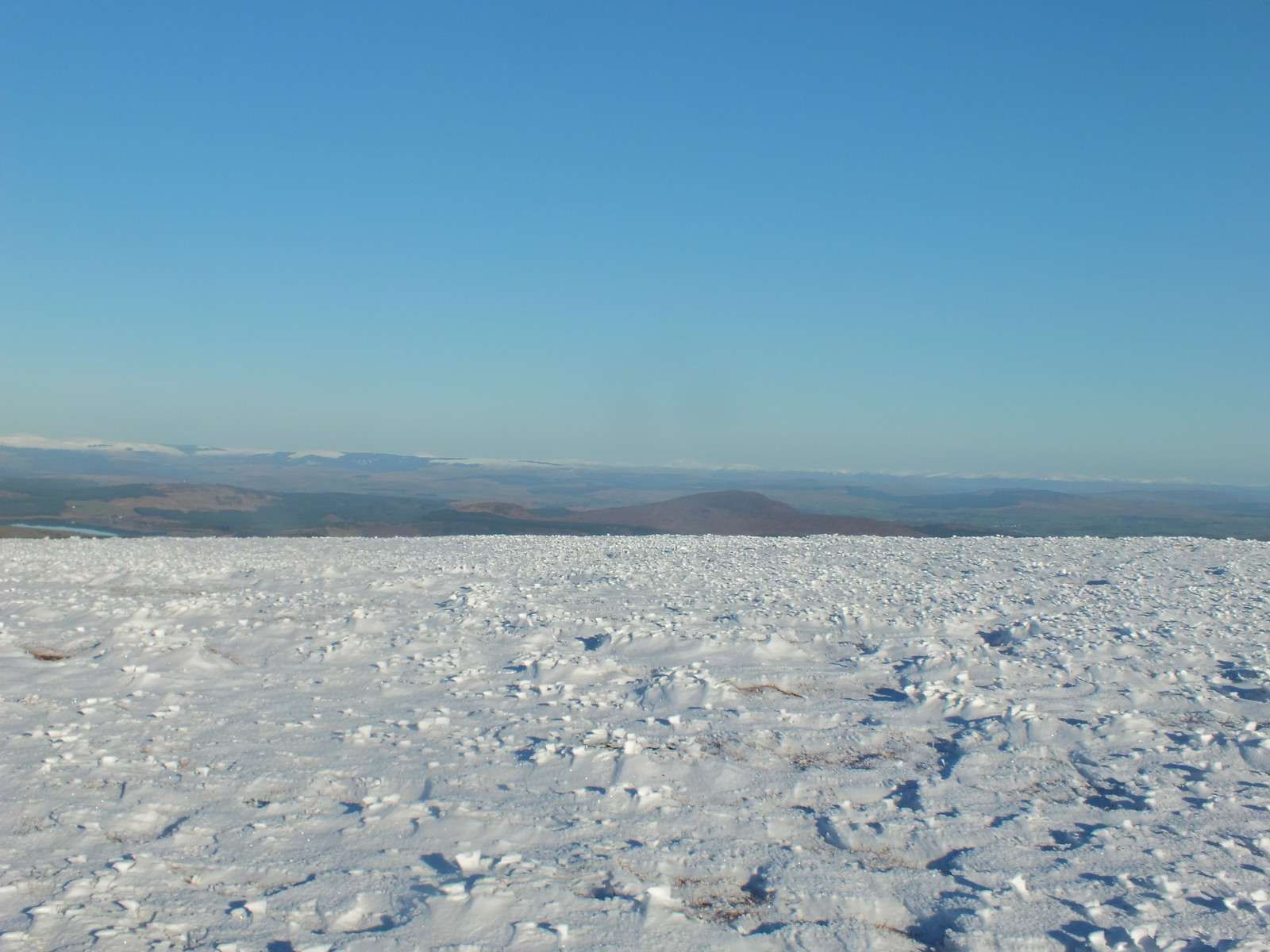 The summit area of Cairnsmore is quite large and offers great all round views, the only fly in the ointment was the sun

Had I been a couple of hours earlier I probably would have been able to take some great shots across the Solway Firth. I am not complaining as the sun made the walk really enjoyable and I didn't need my extra fleece or even my gloves on and it's not very often we could say that towards the end of November 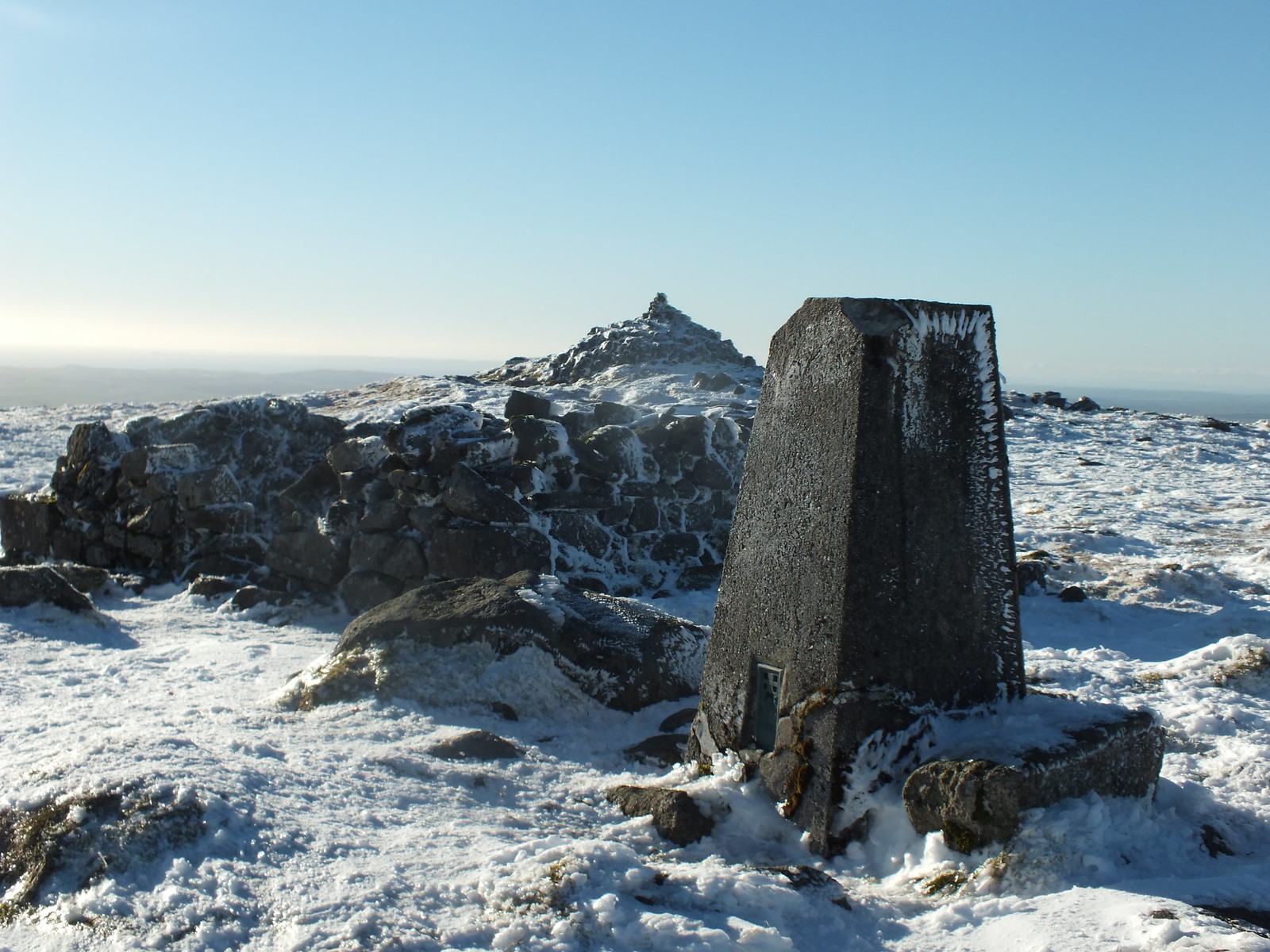 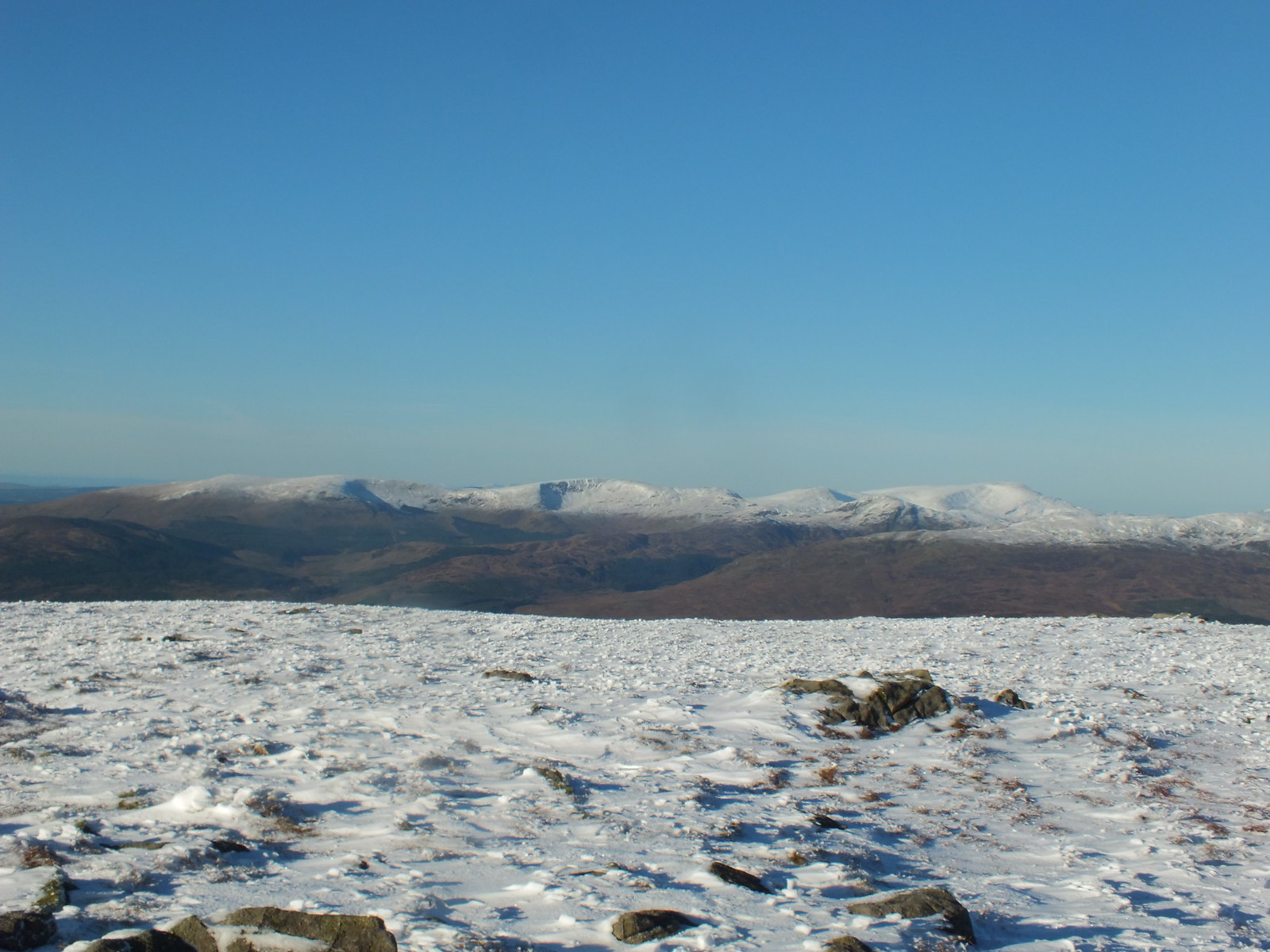 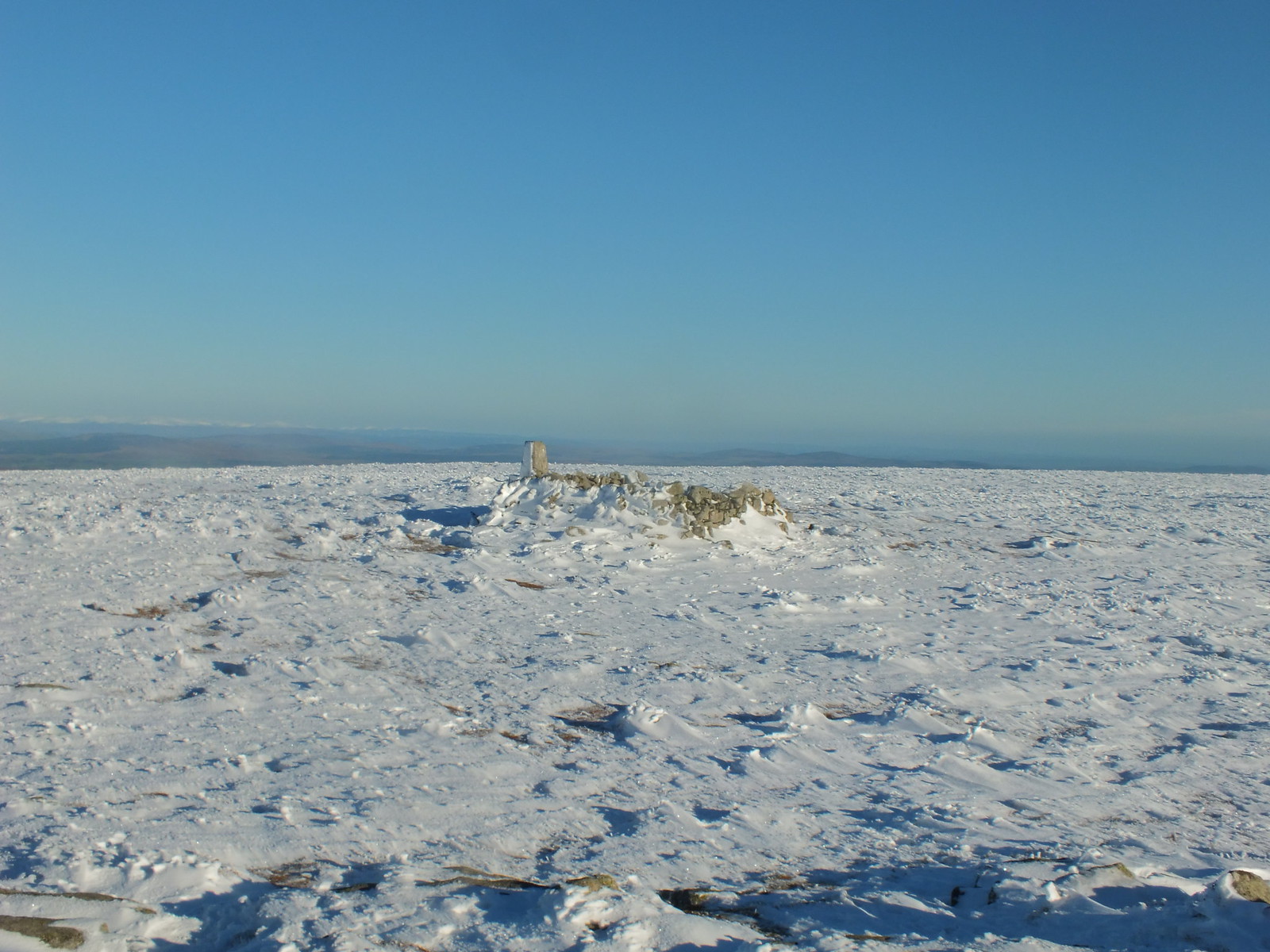 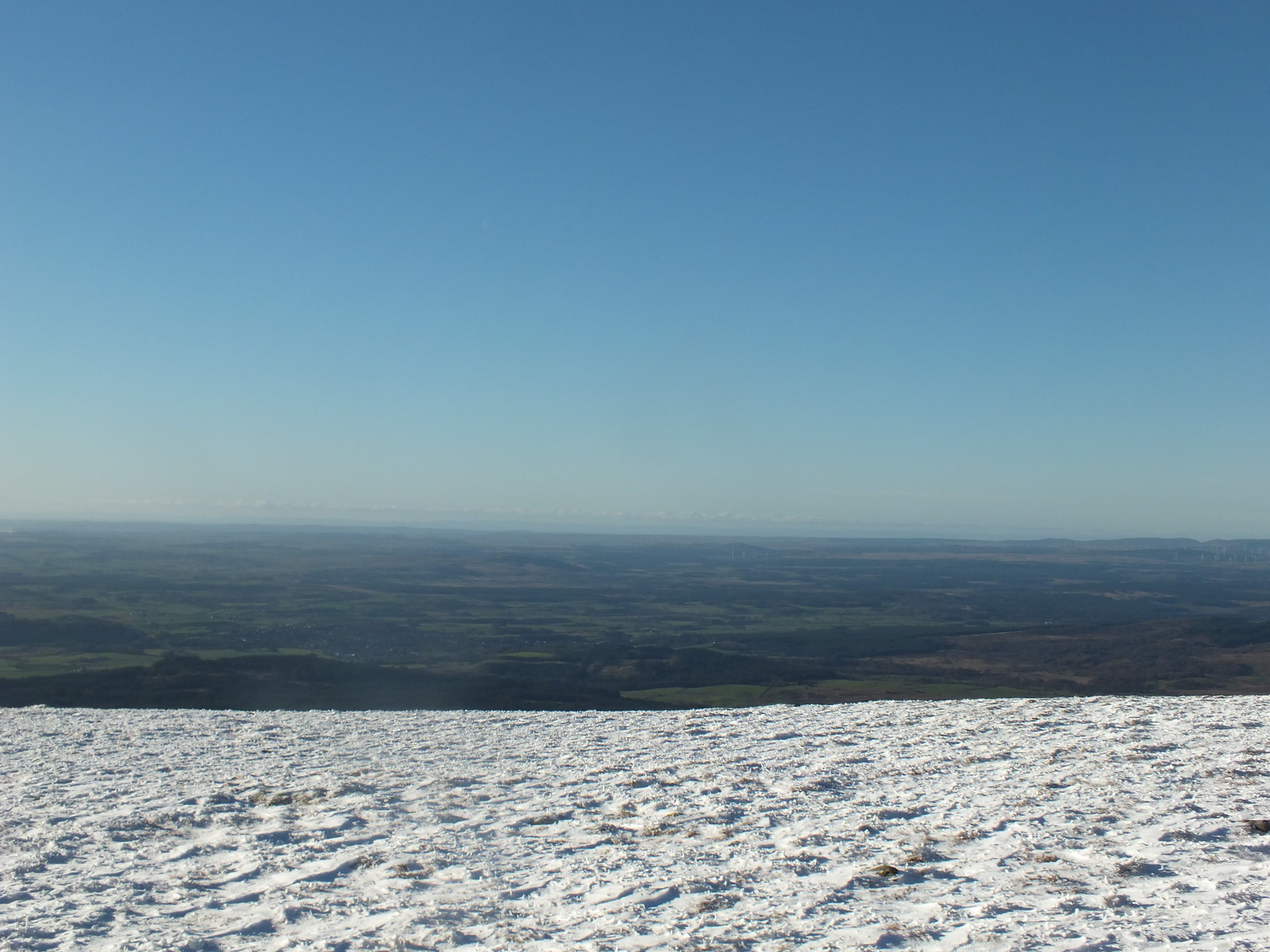 I wasn't aware of the aircraft crashes until I did my usual research and being ex Military it is always sad to hear of any crashes. The memorial stone and plaque is quite impressive and a fitting tribute to all those airmen who lost their lives 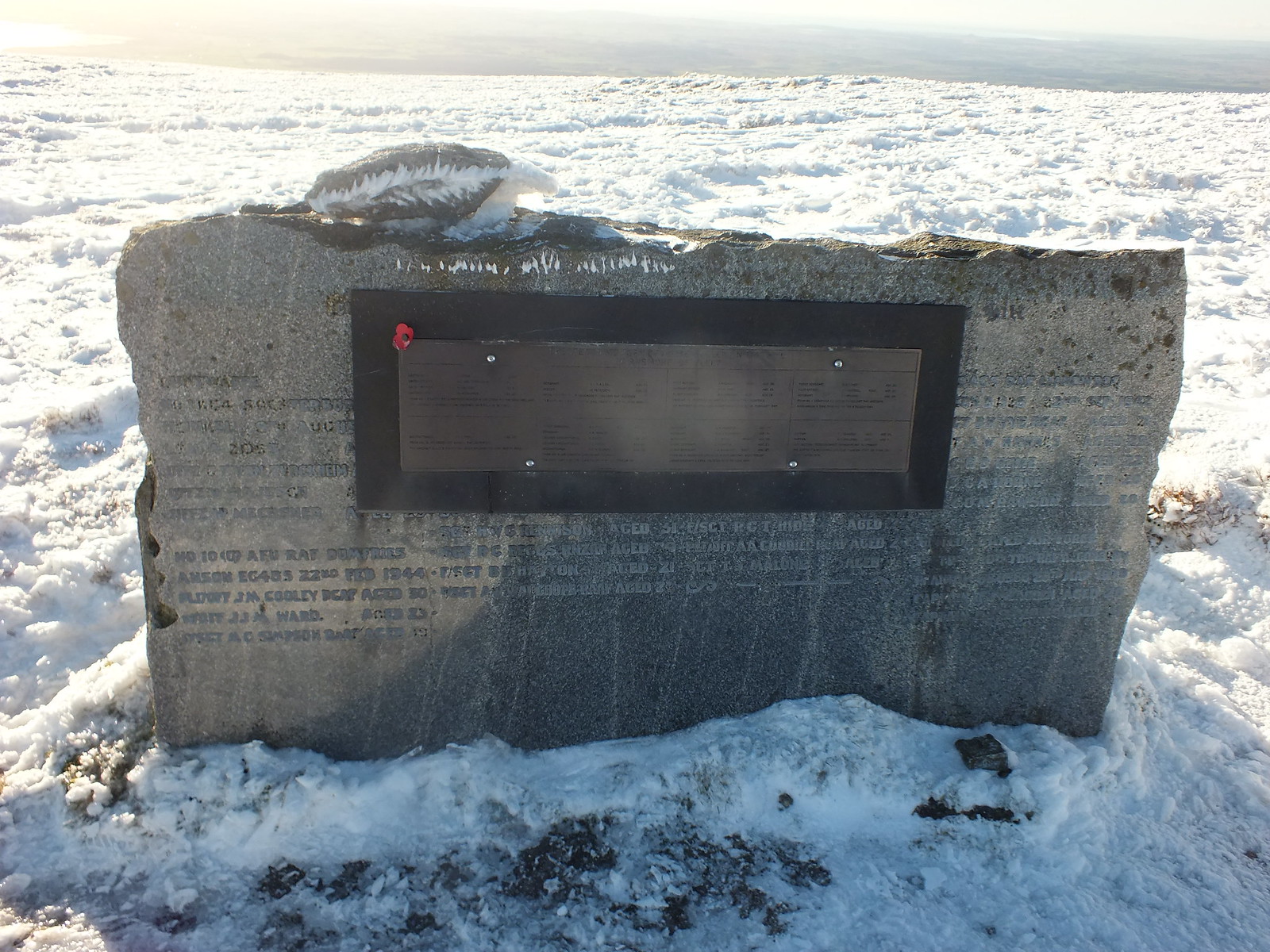 Memorial to "8" aircraft that have crashed 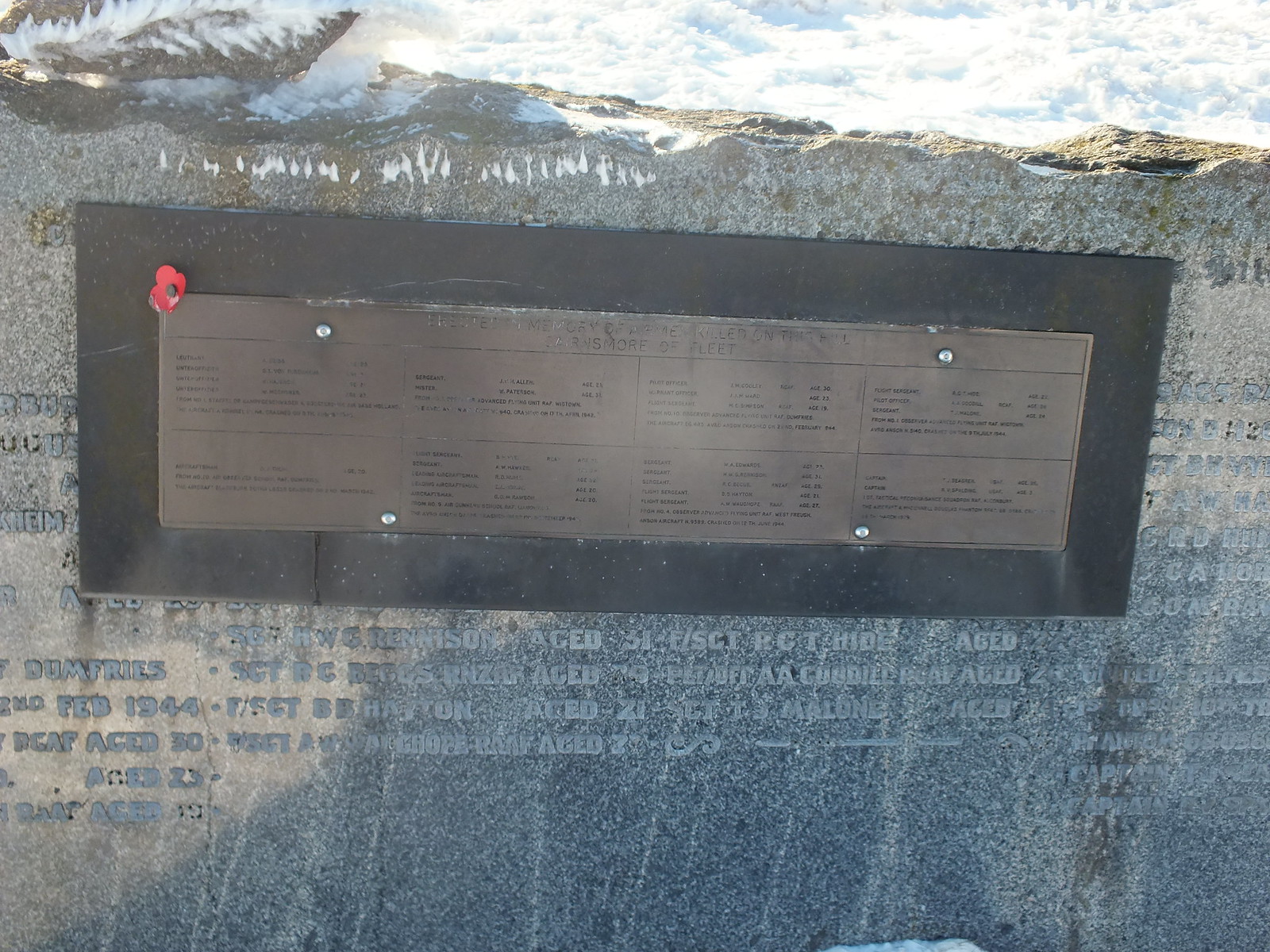 After taking my usual quantity of photo's I set off back downhill. The softish snow made descending very easy and I was able to make good progress. 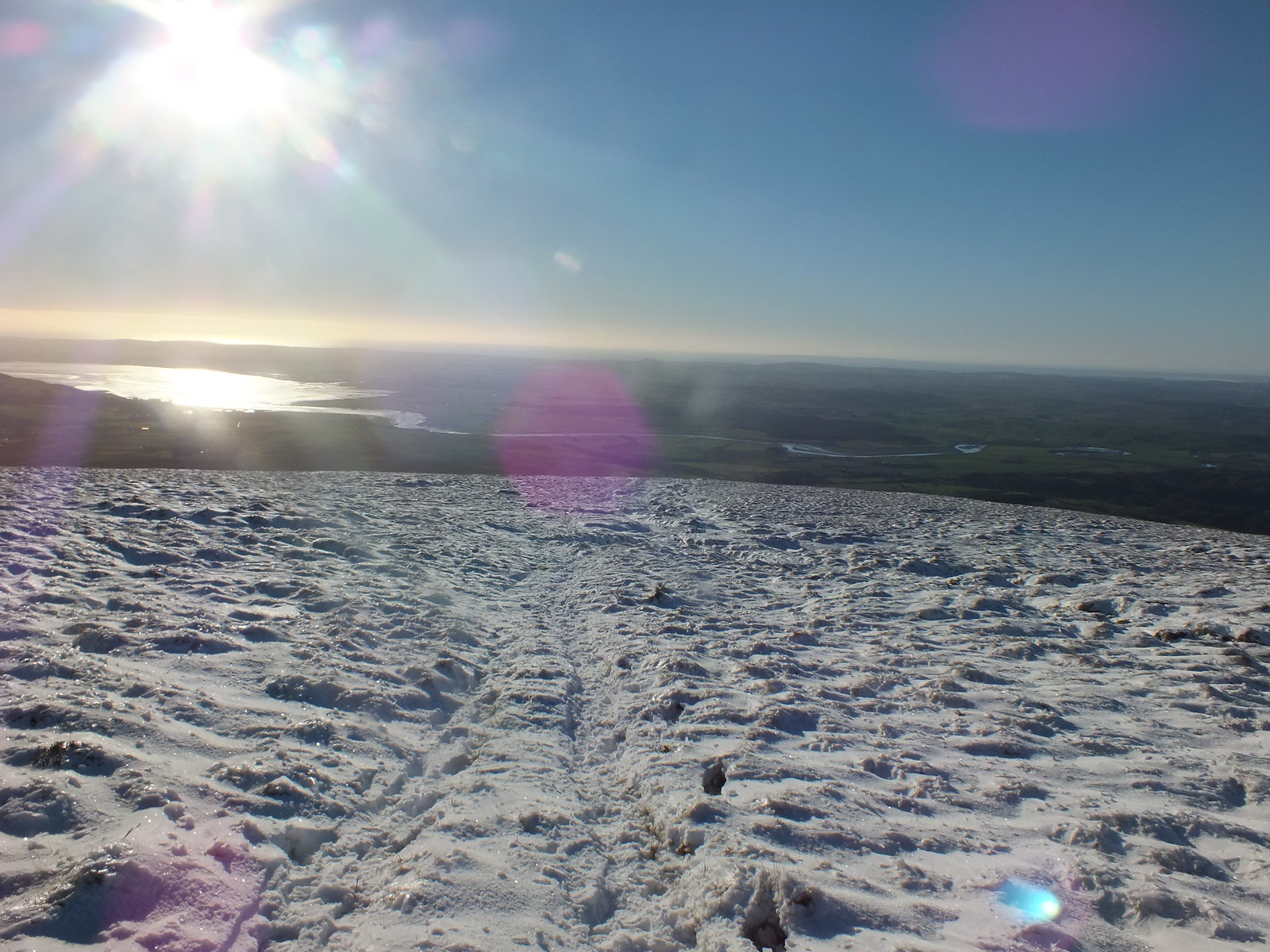 Once I entered the forest I was keeping my eyes peeled for any ice that was lurking but the sun and the slightly rising temperature had got rid of that problem. The ice also reminded me to make sure I get my spikes and crampons out for my next outing - which I have done

I arrived back at the car in under 3 hours and the satnav told me it was 134 miles to get home, which surprised me, another minor problem was fuel. My car an Ibiza Cupra only has a 45l tank and the display told me I had enough fuel for 135 miles, you don't have to have a degree in Maths to work out that I would either have to stop somewhere and top up or drive like 'Miss Daisy'. I started off by driving in the latter option mainly due to the traffic and the lack of overtaking options. Then about 20 miles from Dumfries I was stuck in a long queue of cars and lorries all stuck behind a gritter that was averaging about 40mph. The good news was that I was saving fuel and I actually made it home with enough fuel for 25 miles

A great day in fabulous conditions which now leaves me with less than 20 Donalds to tackle, that sounds easy but the majority are down in the SW

Hopefully I will be able to venture SW again next week, so let's hope for a nice little weather window

Good to see a report on this hill, as I have it earmarked for early May after my brother gets married at Gretna Green

If I get weather like that I'll be well-satisfied, though I suppose it's unlikely there will still be any snow.

Agree - superb weather. I could have waved to you from the top of Millfore! (Report not posted yet)