Frosty foray along the Ericht

Frosty foray along the Ericht


Snow on the hills so nothing too strenuous on this beautiful Friday morning. Not quite sure why we ended up heading across to Blairgowrie, but there was probably logic in there somewhere...


cargills-leap.gpx Open full screen  NB: Walkhighlands is not responsible for the accuracy of gpx files in users posts

0C as we left Blairgowrie along the River Ericht. You can park almost anywhere in the town for free, except the very centre. A viewing platform overlooked the rapids at Cargill's Leap, named after a church minister who fled across the river here. Not much water today: 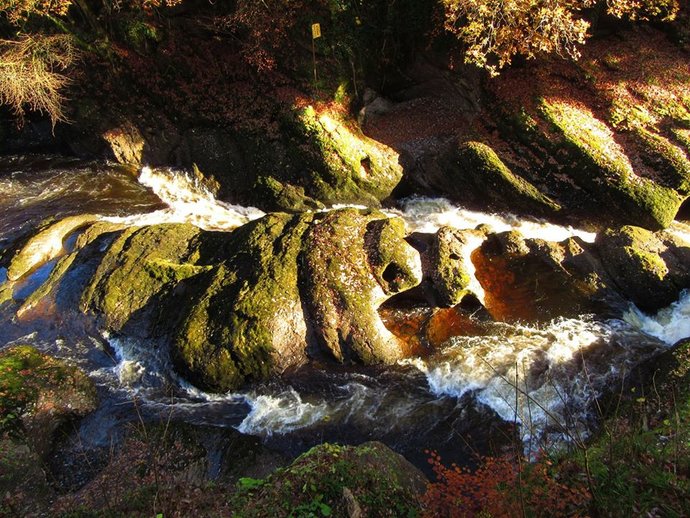 Later on there was a long footbridge over the Ericht which gave good views up and downstream. Lots of old mill buildings around here - some converted, some derelict. We didn't cross the bridge, instead carrying on upstream along the west bank. Still some bright autumn colours around despite the recent frosts. The minor heading uphill just before Lornty Bridge was pretty icy in the shade. Views became more far-reaching as the road climbed. Looking across to the other side of the river: Soon Blairgowrie and Rattray were visible ahead, but views of the town are better later on. A track headed further uphill to the right. Lornty Burn to the north: A Cateran Trail signpost marked a turn south onto a path between fields: For most of the walk we'd been able to hear some sort of commotion in the distance. It turned out that the noise was a huge flock of geese, which all took to the air for a few minutes in a spectacular display. Back on track, we headed back down to Blairgowrie with more great views: 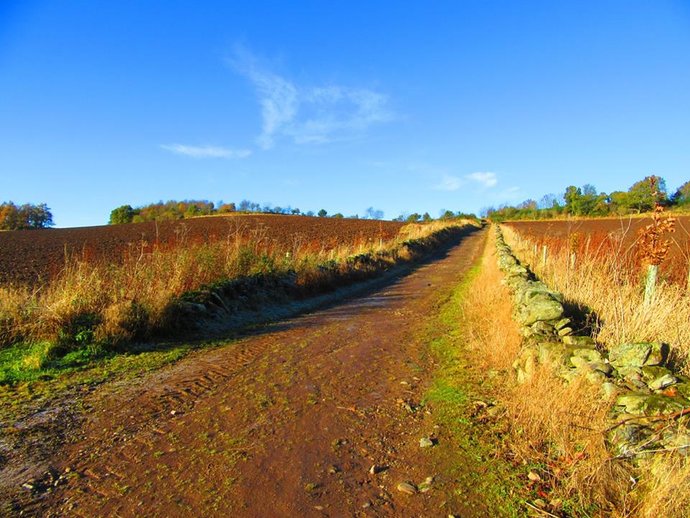 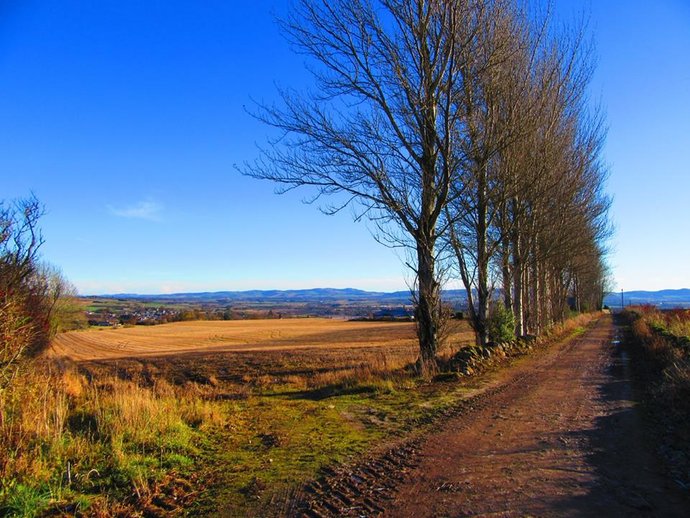 A really enjoyable wander. Not the most dramatic of routes, but in this weather anything looks good...