Pitlochry meet day 1: An Socach and a chilly trip home

Pitlochry meet day 1: An Socach and a chilly trip home

Ah, the Christmas meet again! Only my second, but it would seem that it is traditional for the weather to be rubbish. It certainly was last year, but this Saturday dawned calm and clear, if a bit grey. I had considered a longer circuit of Ben Vrackie, but decided to head over to Glen Clunie with Spence for a change of scenery and a bit of company - not been on any of these hills for a good few years.

Spence was after An Socach, a hill that I had been up over 14 years ago and had no lasting memories of. We went for what is probably the usual circuit from Baddoch - it was the same route I had used last time (I remember that much at least).


An Soacach.gpx Open full screen  NB: Walkhighlands is not responsible for the accuracy of gpx files in users posts
Sgor Mor: 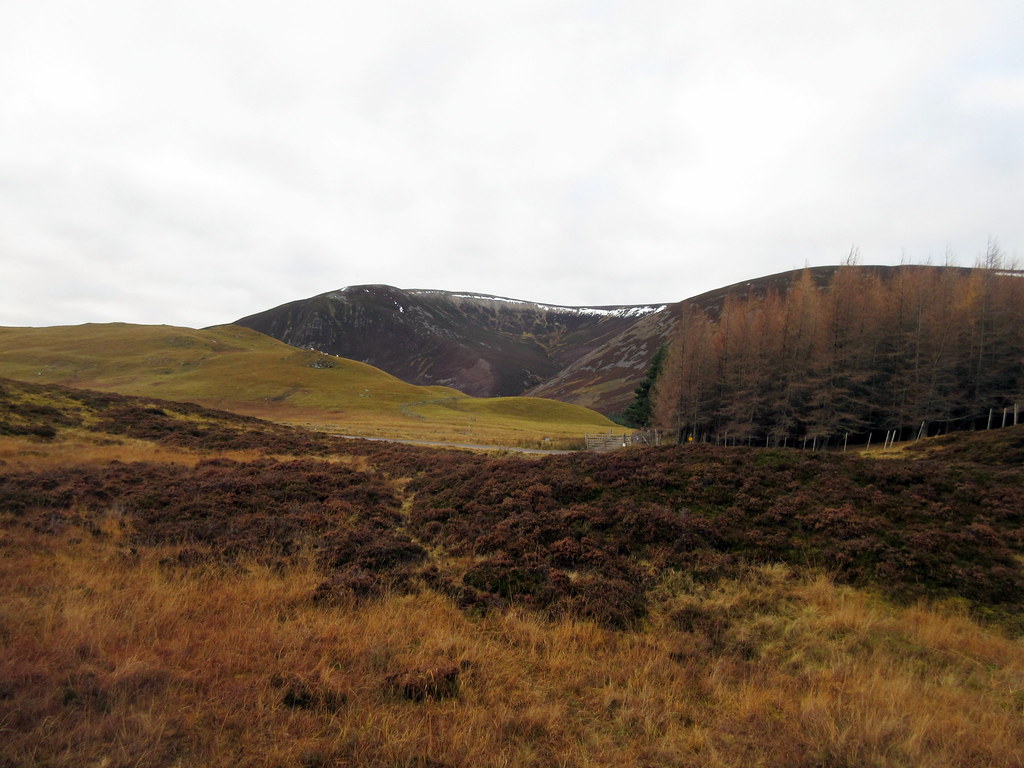 We followed the Baddoch Burn for a short way before crossing a rickety footbridge and making our way up the NE ridge of Sgor Mor. There was a bit of a path through the lower heather, which eventually gave way to barer ground - a steepish start but the avoidance of a hangover made it easier than last year's rainy trudge up Beinn a' Ghlo!

Looking back to Creag nan Gabhar: 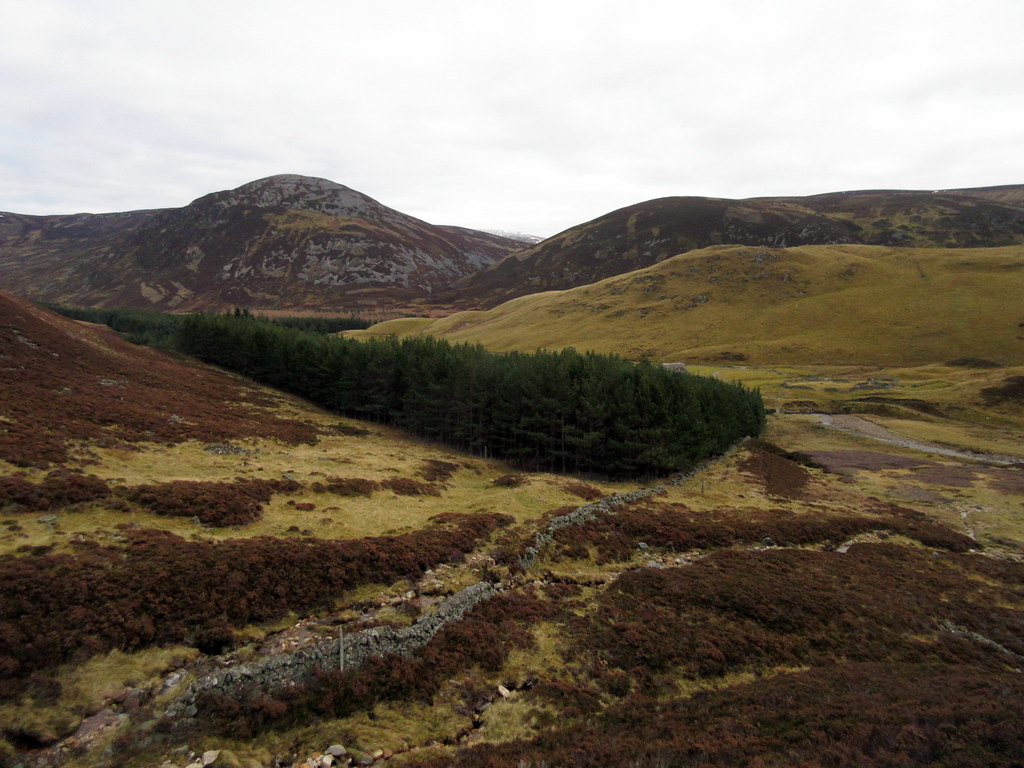 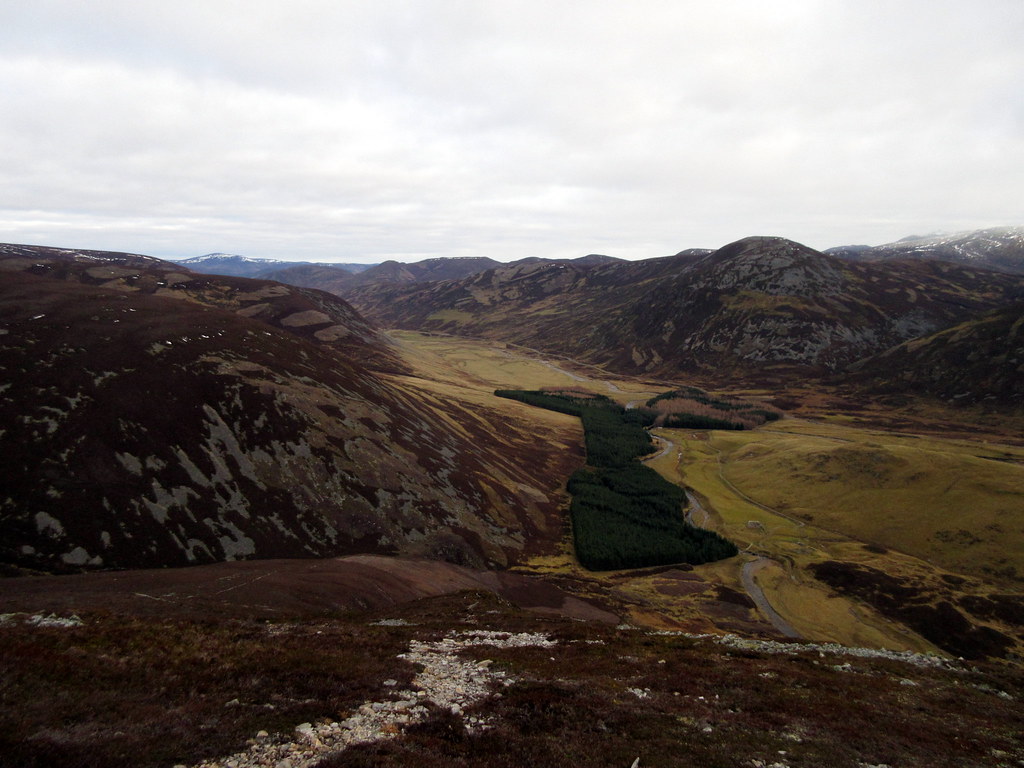 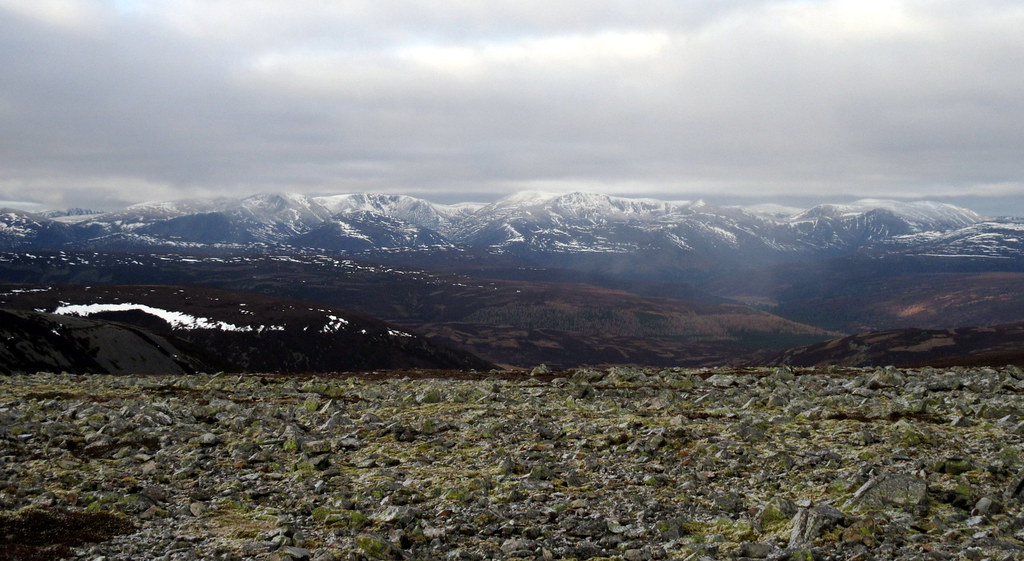 A pleasant traverse over an intermediate bump took us to the NE summit of An Socach. I remembered this twin summit, but forgot how far there was to go between the two. The going is a little harder than before due to the angular quartzite rocks on the summit ridge.

Remaining snow on the end of An Socach: 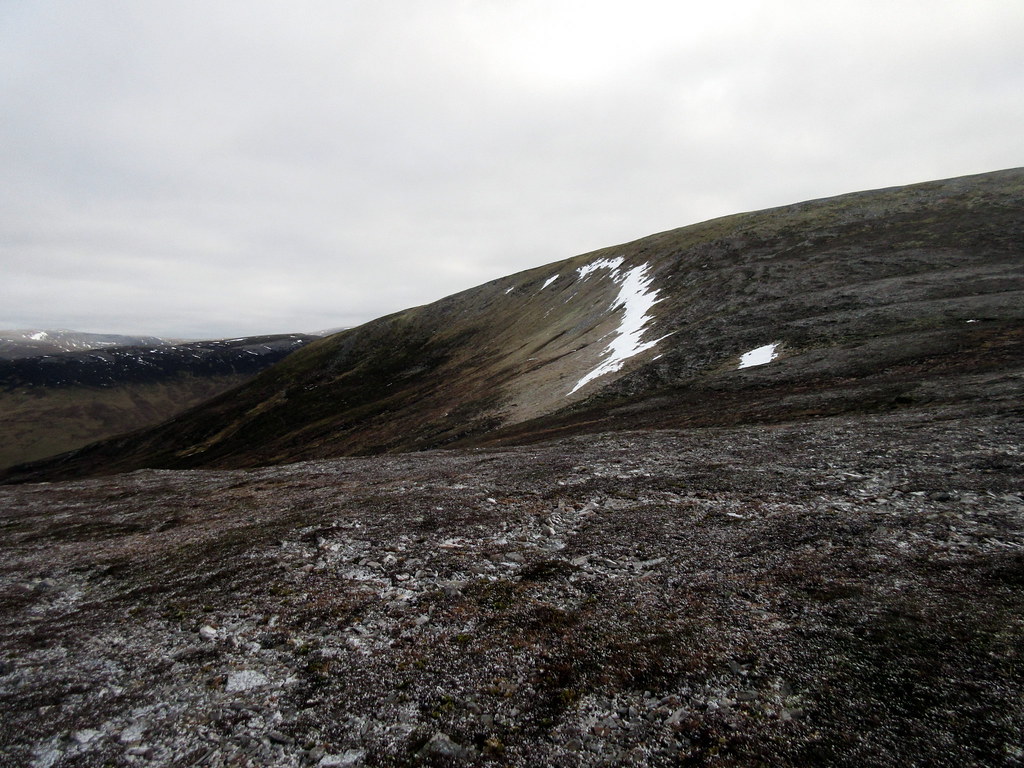 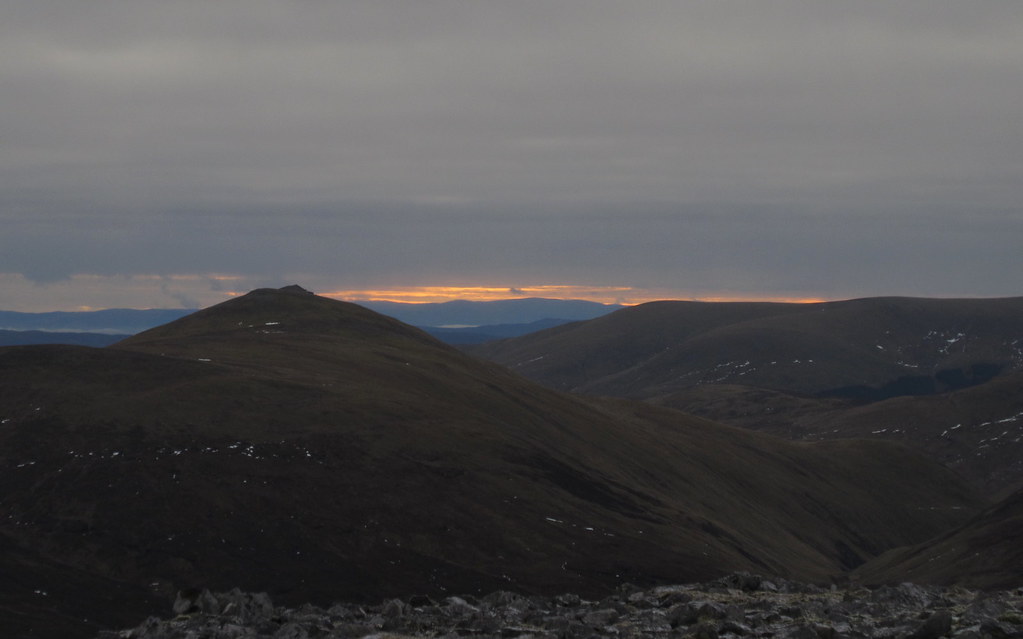 Spence at the NE summit: 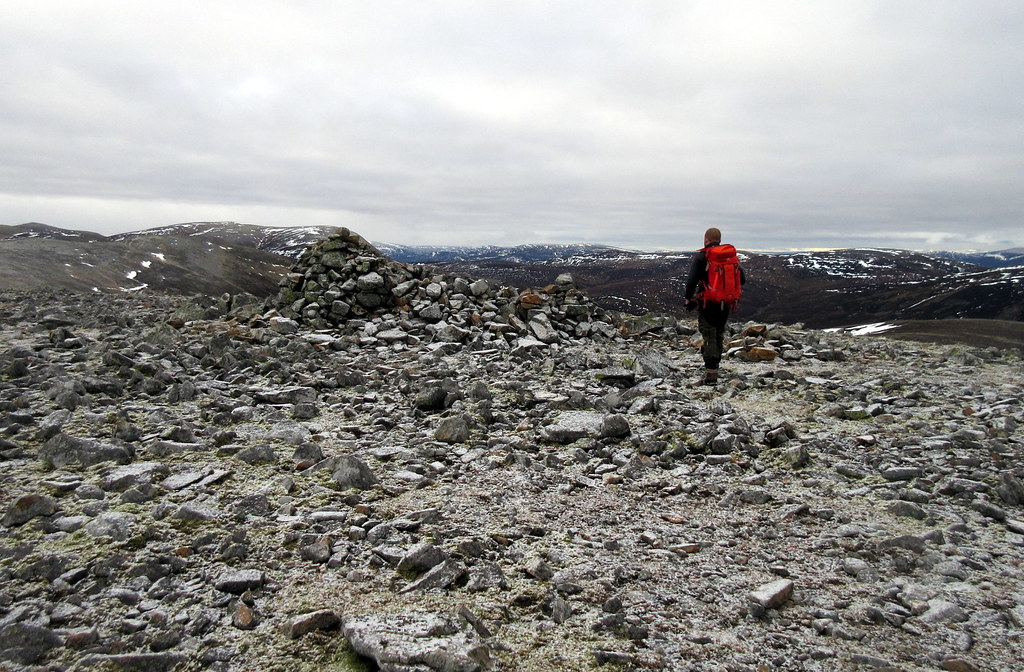 Looking towards the main summit: 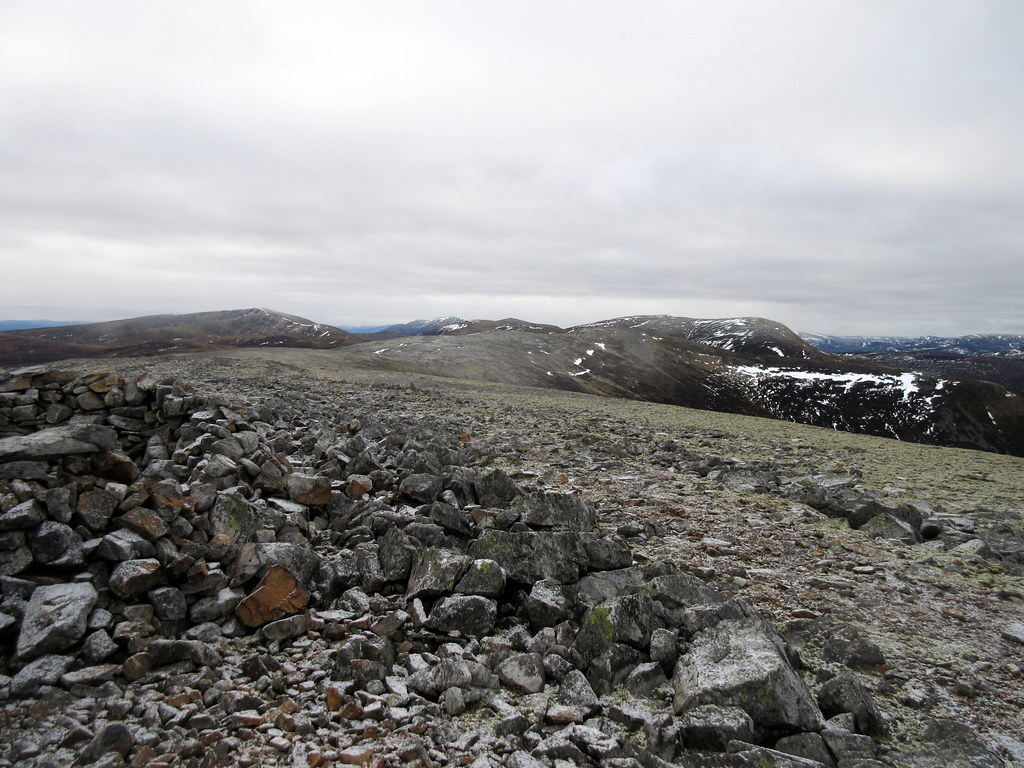 There was a bit of an orange glow over Tayside to complement the greyness, but the light dusting of snow on the highest parts of the hill made most views look almost black and white. Glen Ey and Glas Tulaichean looked good from here, as did Loch an Eun. 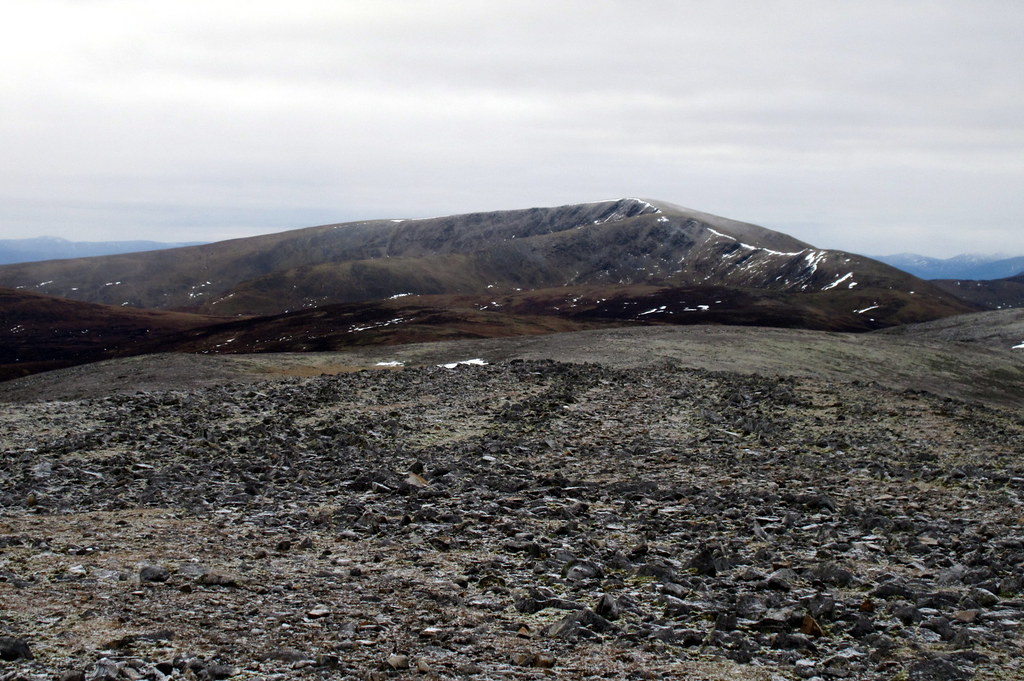 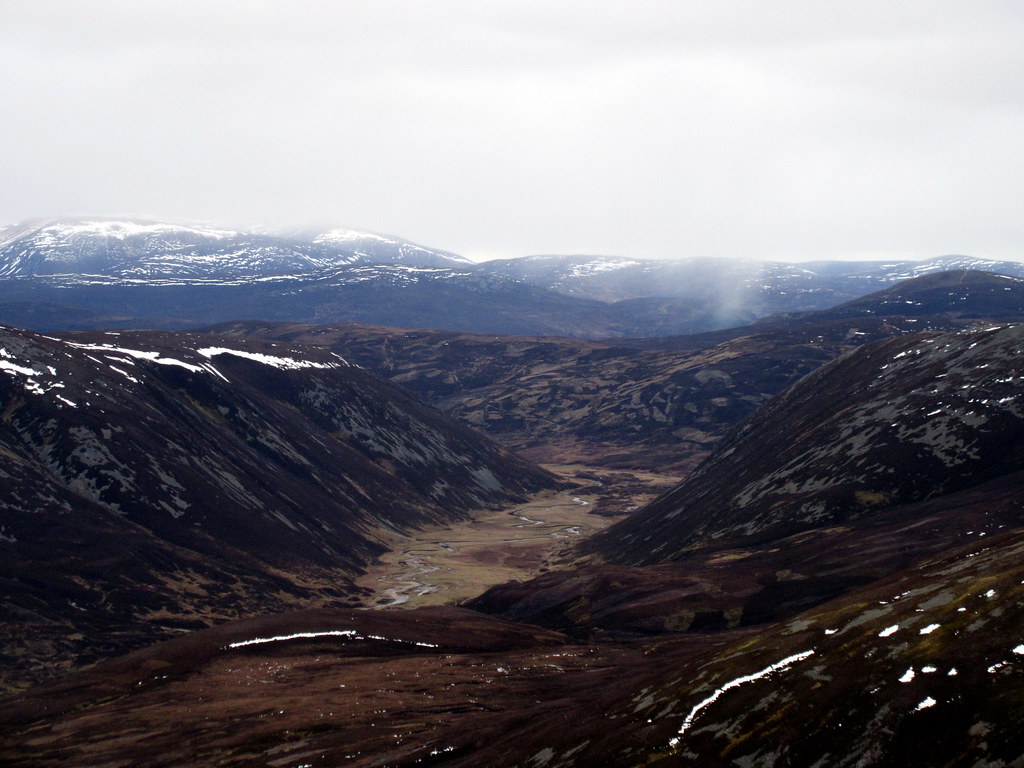 We returned to the NE summit and descended the NE ridge. While I had vague recollections of this from the previous visit, there was a fair bit more distance back to the floor of the glen than I remembered. The stroll back to the car was pleasant in the last light. A fairly unassuming hill, but fitting the bill nicely for a pre-Christmas dinner walk. 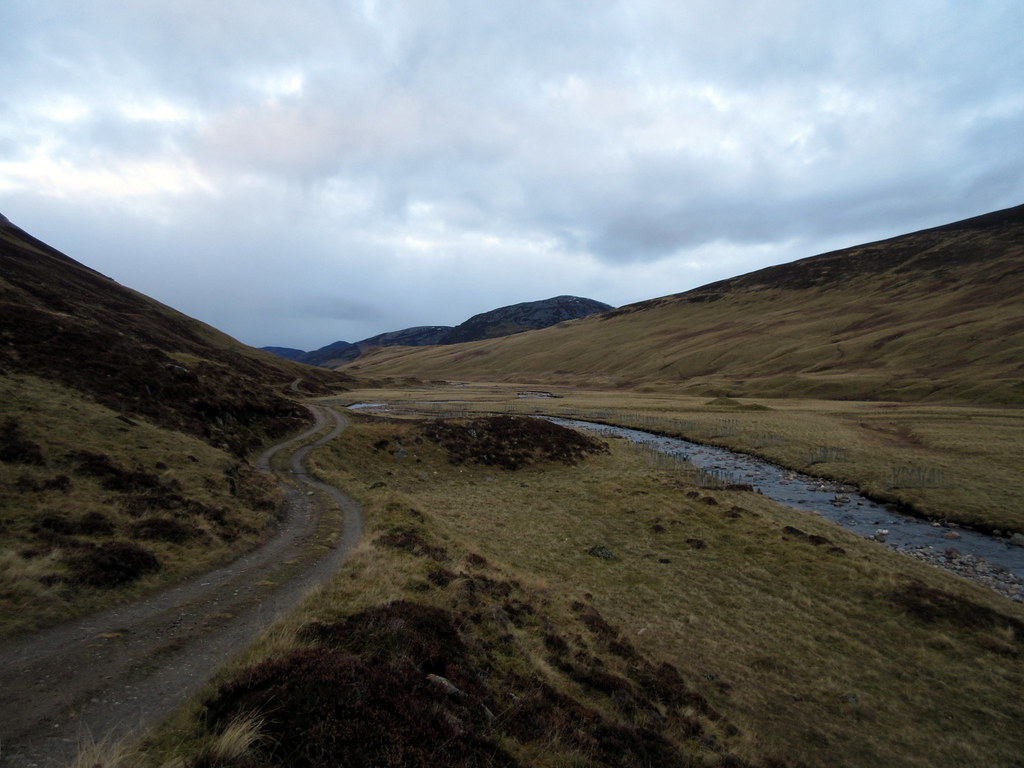 Spence's car (a somewhat battered MG F) had been steaming up badly on the drive over, so it was on with the hats and gloves for the journey back to Pitlochry with the roof down in sub-zero temperatures