I hadn't really planned this, having enjoyed the dinner and the usual Saturday night party back at the Youth Hostel which carried on well into the not-so-small hours. Somehow I wrenched myself out of bed on Sunday morning before throwing-out time, and intended for a leisurely stroll back into town to get the first bus home. But at that moment, the sun came out and I decided to go up Ben Vrackie instead - just a quickie then back down for the lunchtime bus.

Pitlochry from the YHA: 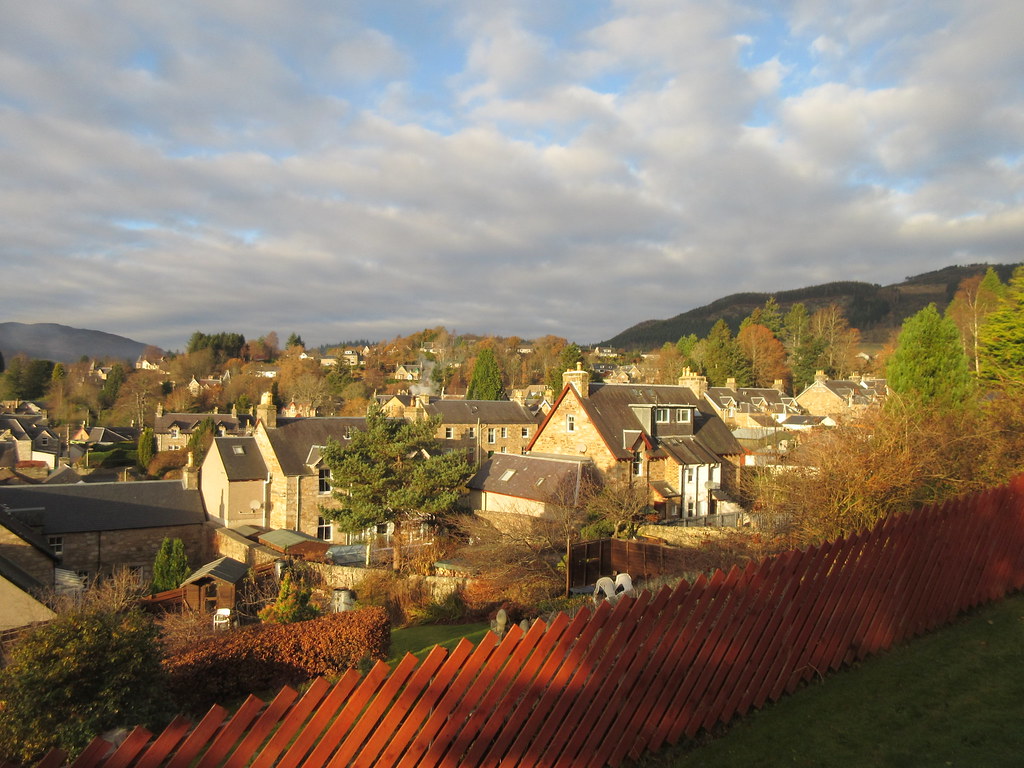 I had planned badly and ended up carrying all of my stuff (clothes and shoes from last night, half-drunk bottle of whisky, spare food, rather redundant axe and crampons etc) up the hill with me. Annoyingly I had left my last bacon roll (intended for lunch) behind on the kitchen table

. With the heavy load and somewhat fuzzy head, it didn't really look like I'd make it up and back in time for the lunchtime bus.


Vrackie.gpx Open full screen  NB: Walkhighlands is not responsible for the accuracy of gpx files in users posts
Not to worry - as I strolled up past the Moulin Inn and through the woods at the beginning of the normal ascent route, the weather was constantly improving. I decided I could be round the circuit I had originally planned for Saturday before the late afternoon bus, and probably be feeling almost human again by the end of the walk.

Ben Vrackie from Loch a’ Choire: 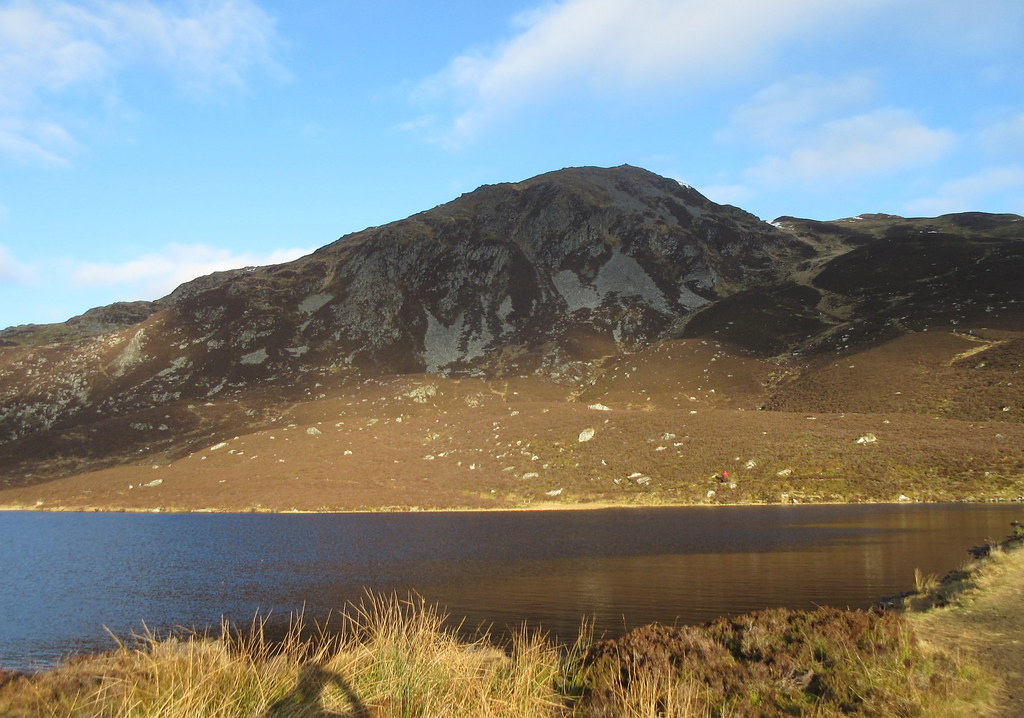 Loch a' Choire was looking particularly fine. Ben Vrackie used to be a regular hill for me, but this was my first time up in almost 10 years. It is also one of the few hills I have managed to persuade Gill to go up (no less than twice, actually). Unsurprisingly, the good weather had plenty of people out today. 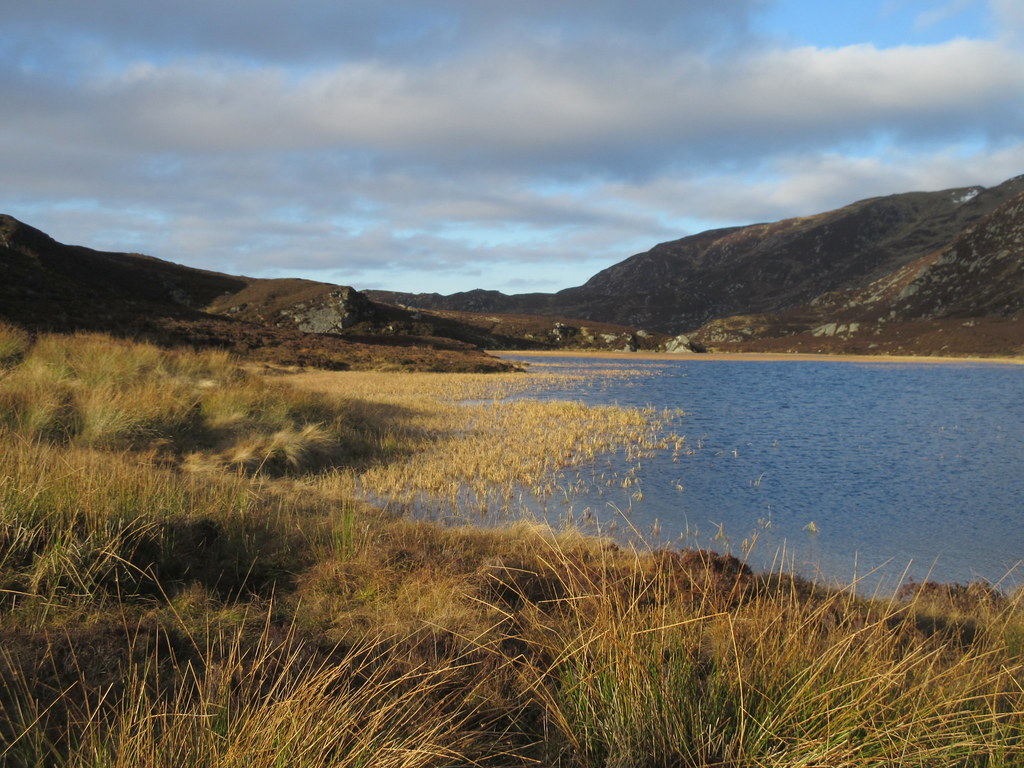 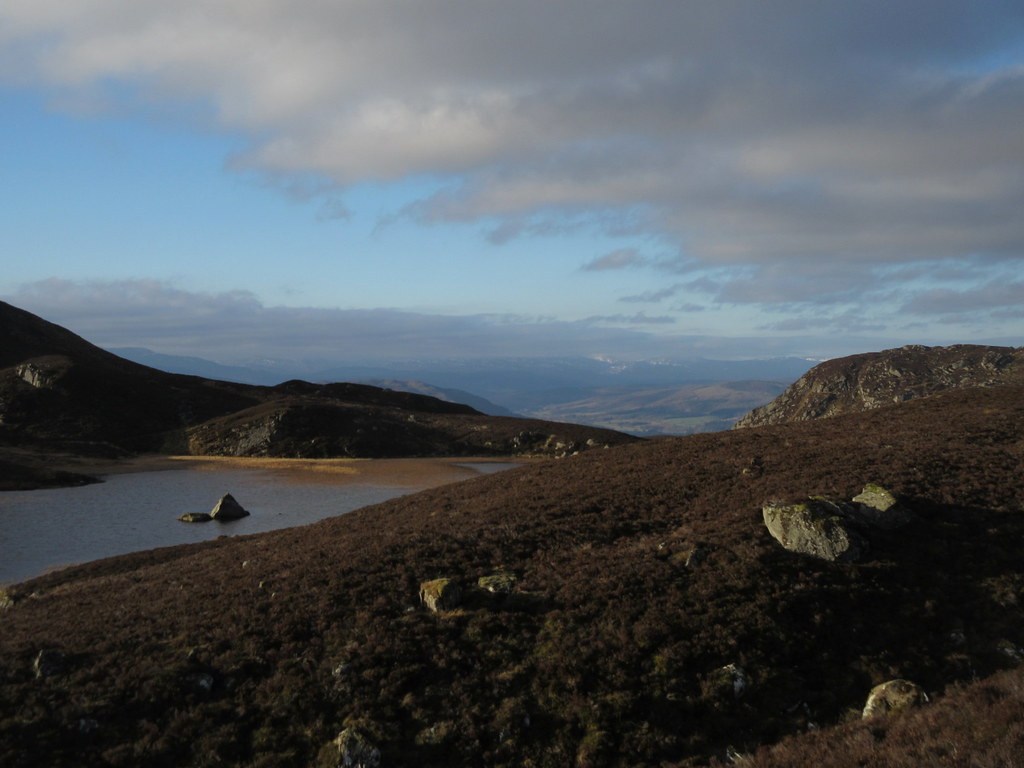 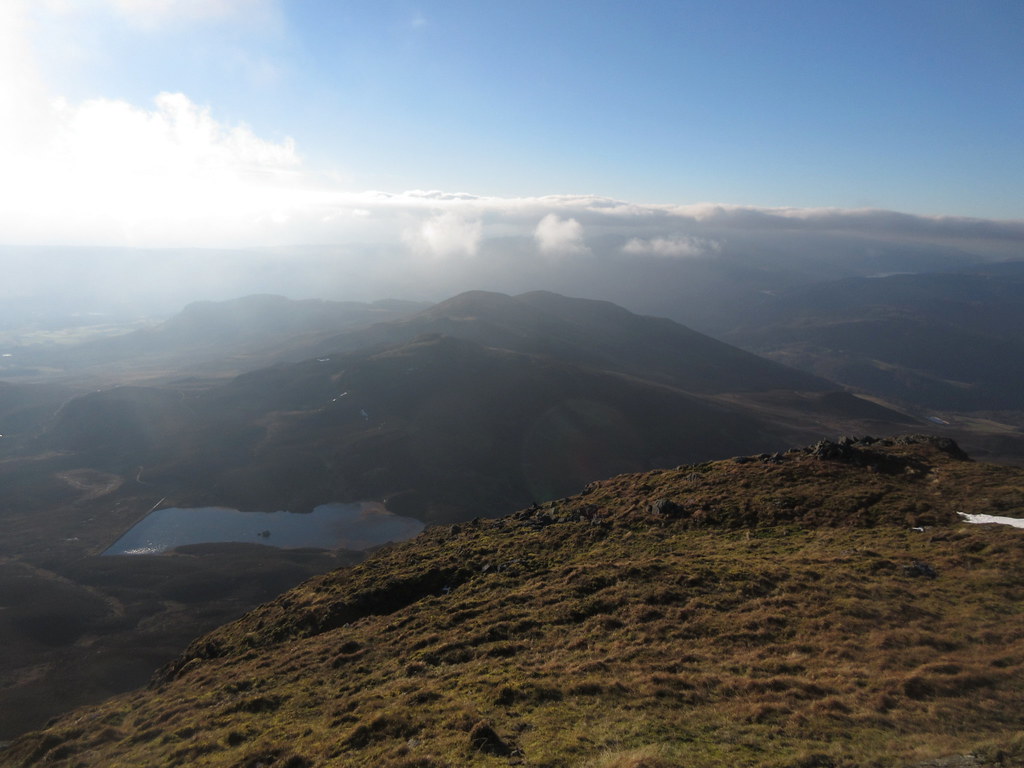 The top had a gentle breeze blowing, which made it really quite chilly, but it was sunny enough for a reasonable stop. To the west, the weather looked much more threatening.

Although I have dropped back down to the other end of Loch a' Choire once, and returned to the car via Meall na h-Aodainn Moire and Craigower, I have mostly been guilty of going back down the same way in the past. With my time constraint slackened today (I think the lunchtime bus had probably already gone by the time I was having lunch), I was free to do a longer traverse out to Meall an Diamh before dropping down to Killiecrankie.

Meall an Diamh and the Garry: 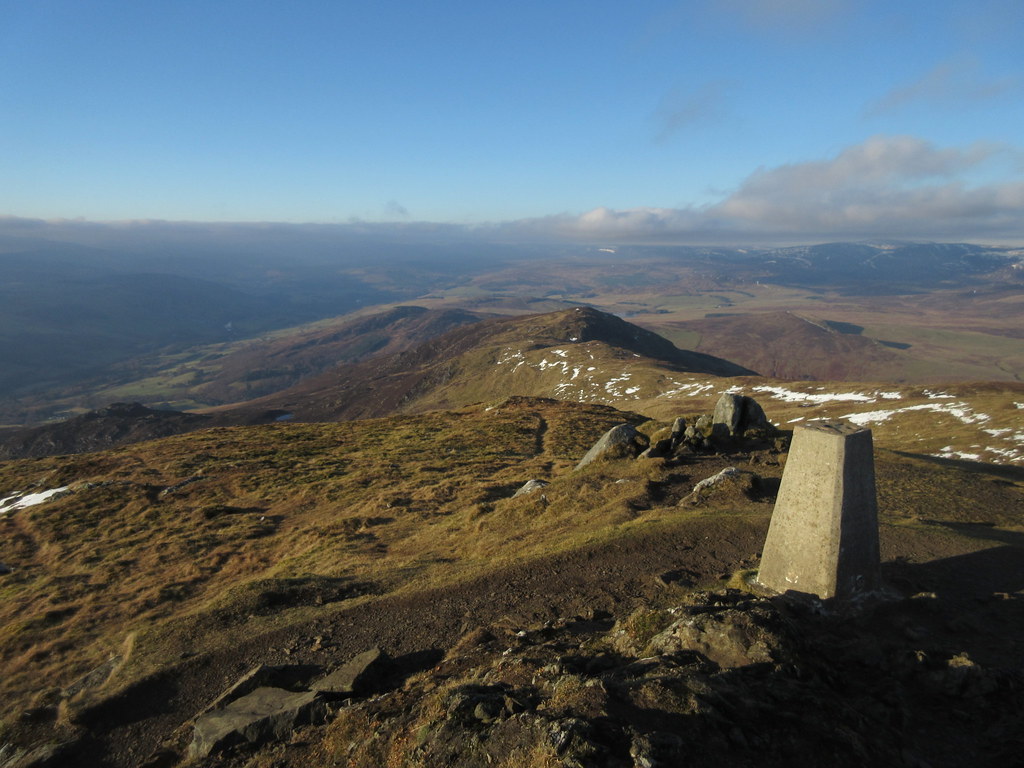 There was a faint path in the heather out to Meall an Diamh, and good views over to Beinn a' Ghlo and Glen Garry. A steep heathery descent next to a wall off Meall an Diamh led me to a slightly overgrown path. 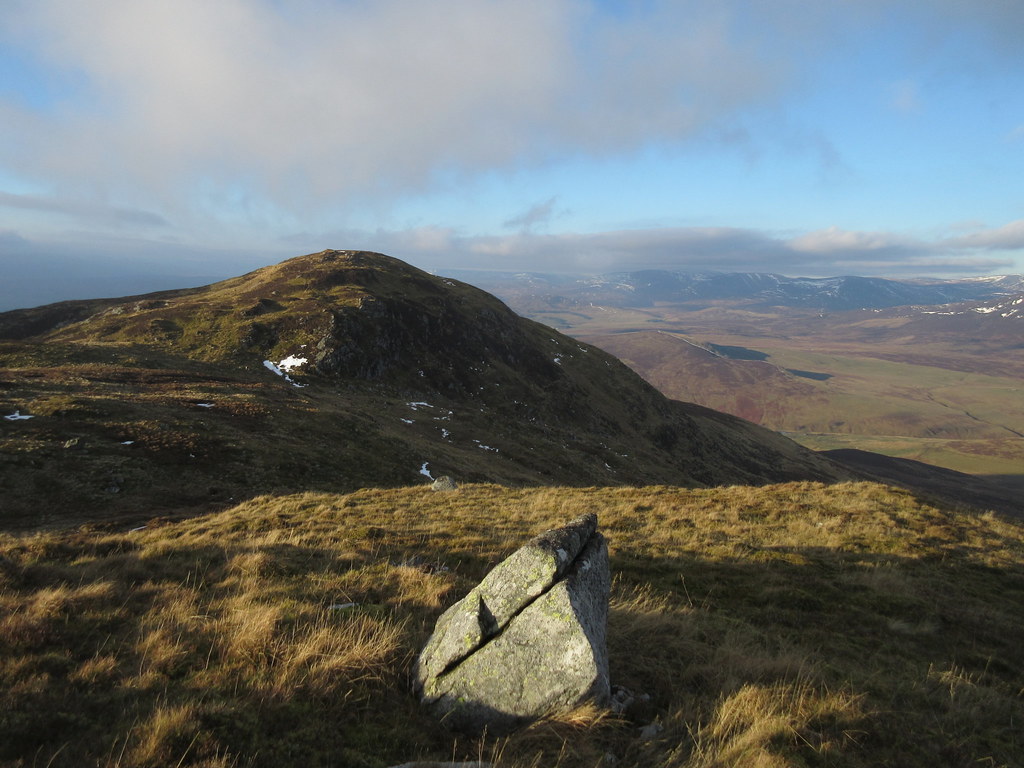 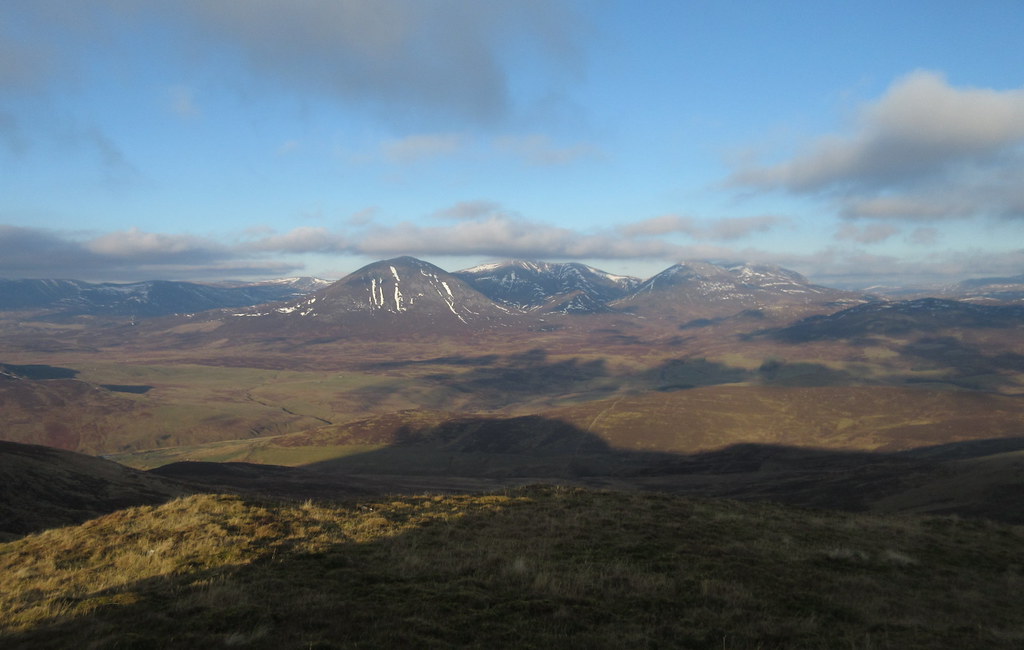 Looking back to Ben Vrackie: 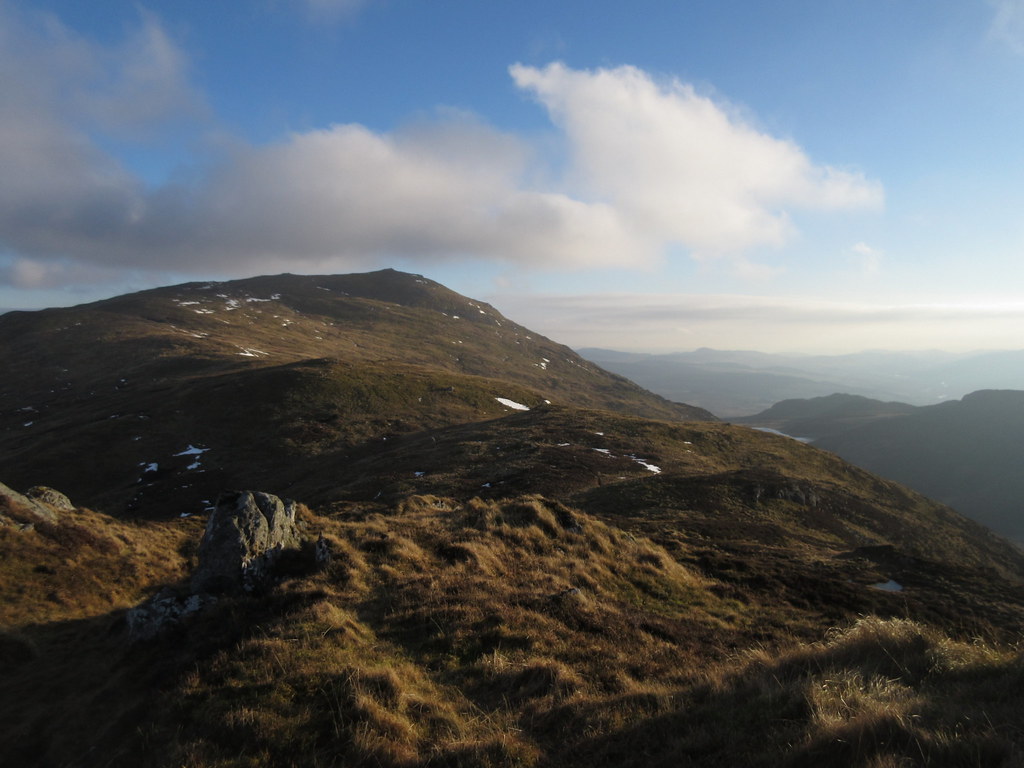 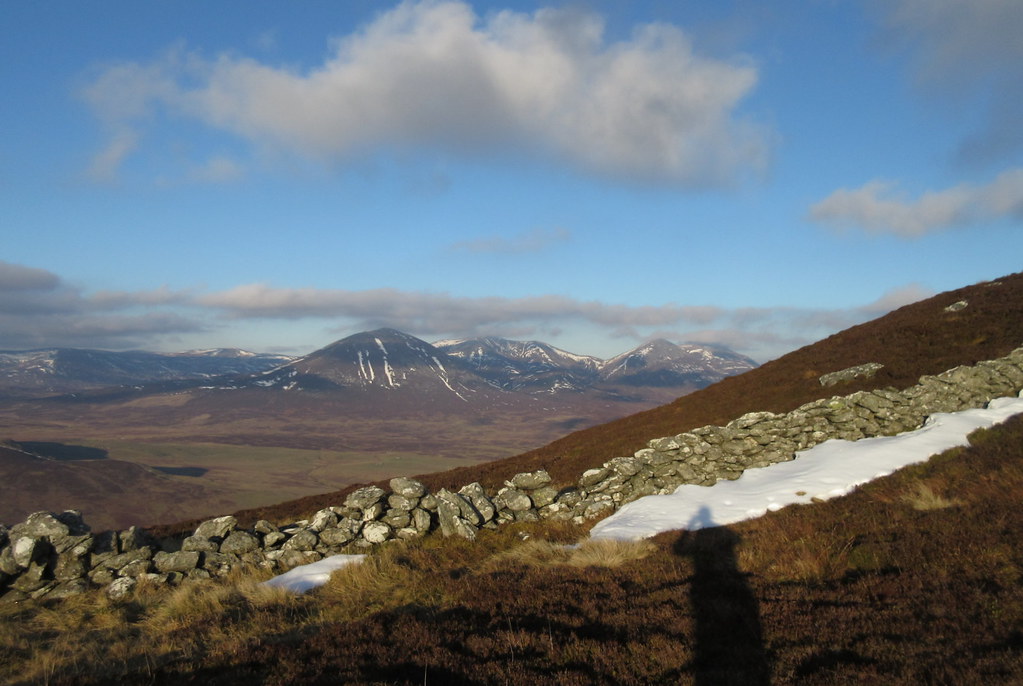 Descending from Meall an Diamh: 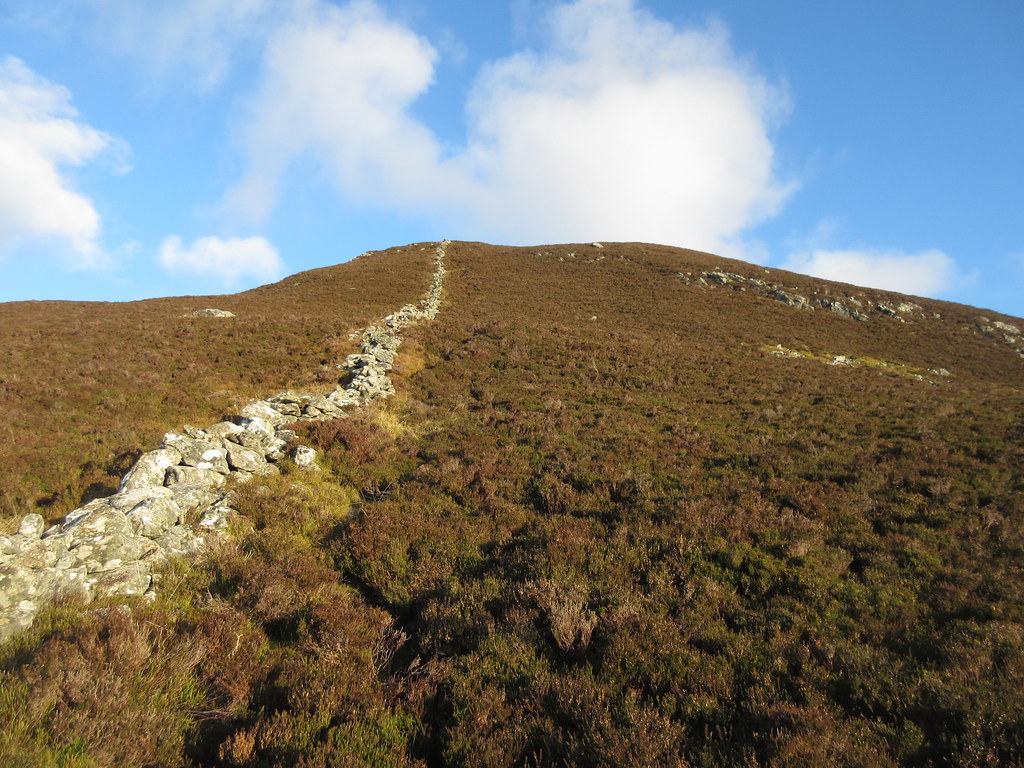 The path soon joined a better-used path, which in turn joined the Bealach walk on its zigzag descent past Killiecrankie waterworks. I probably could have cut straight to this from the W shoulder of Meall an Diamh, but was happy enough to amble down the path for a change. 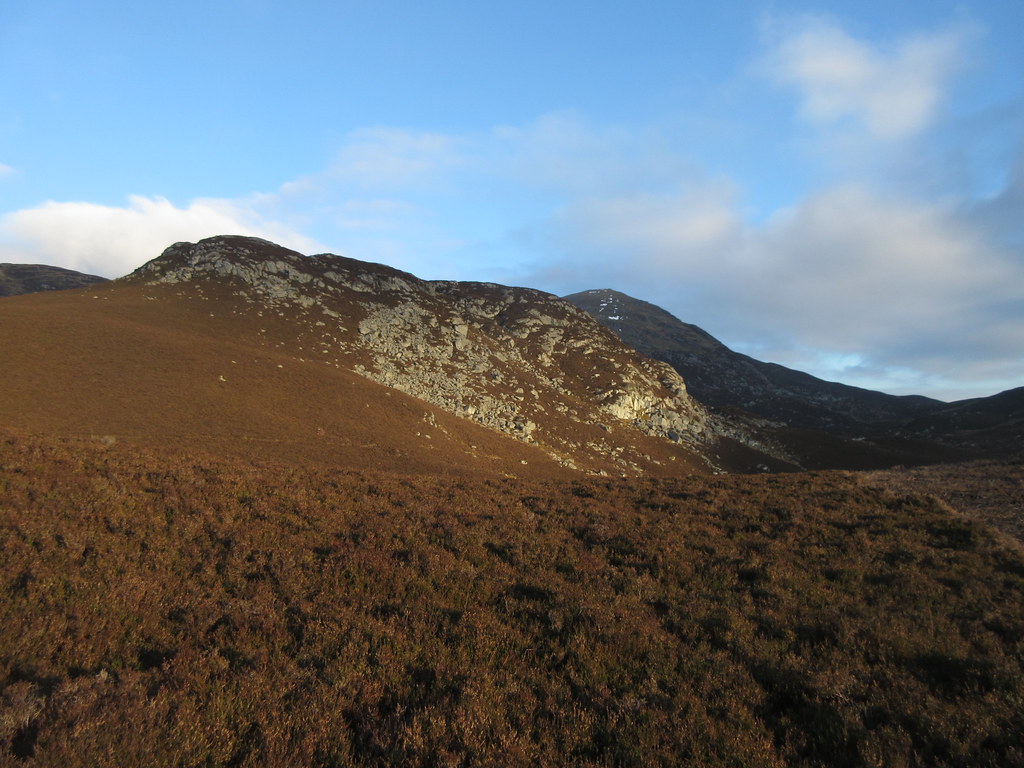 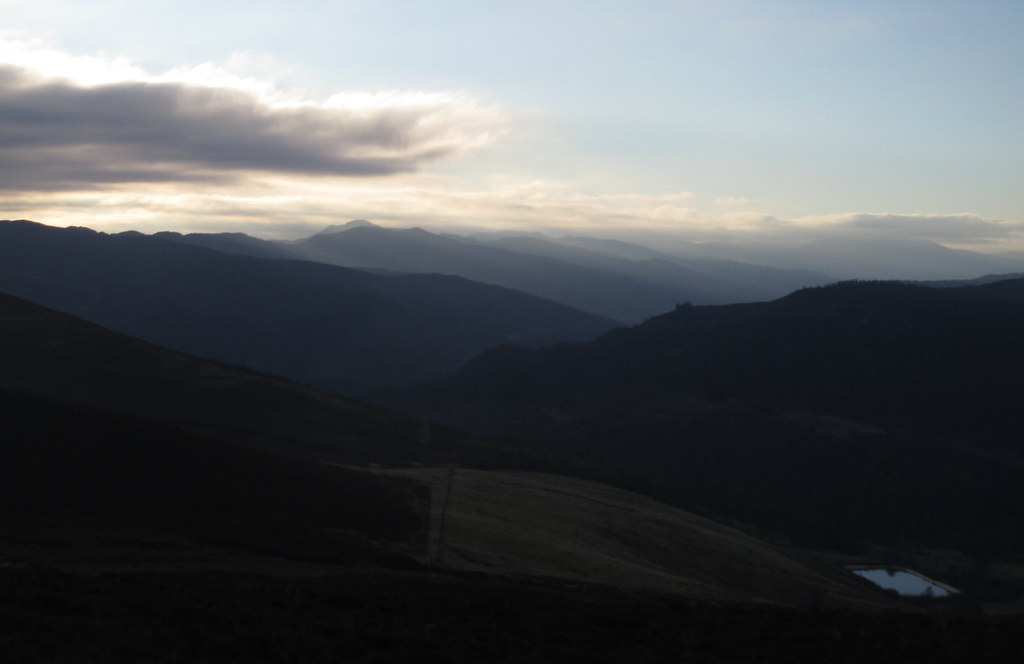 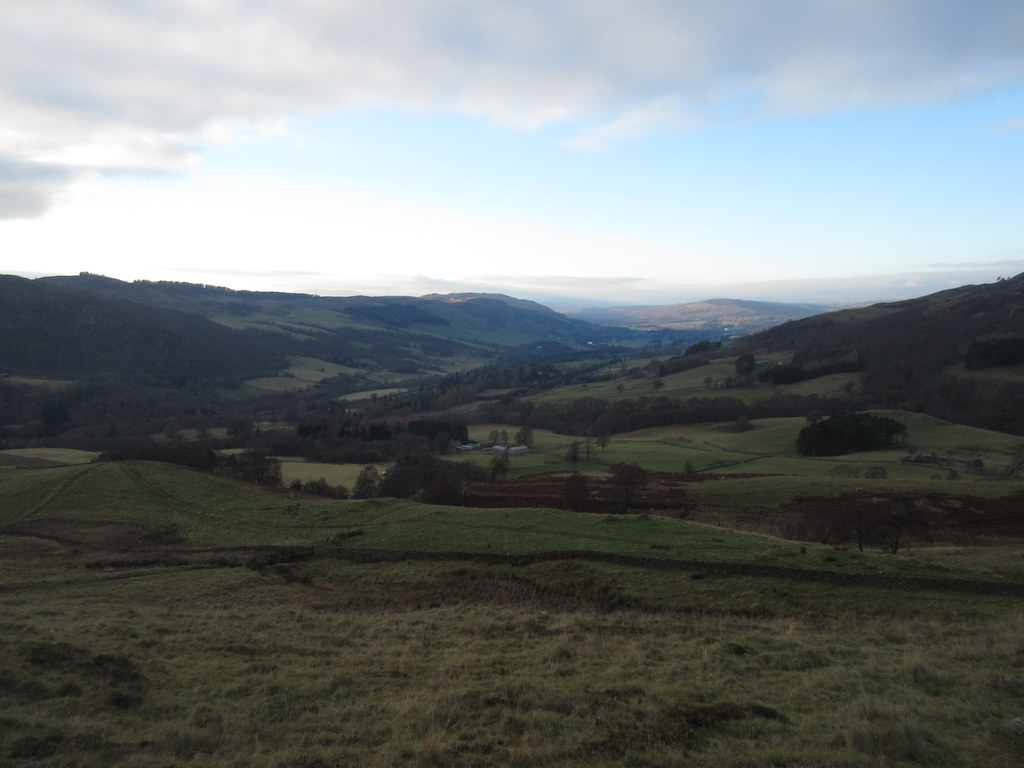 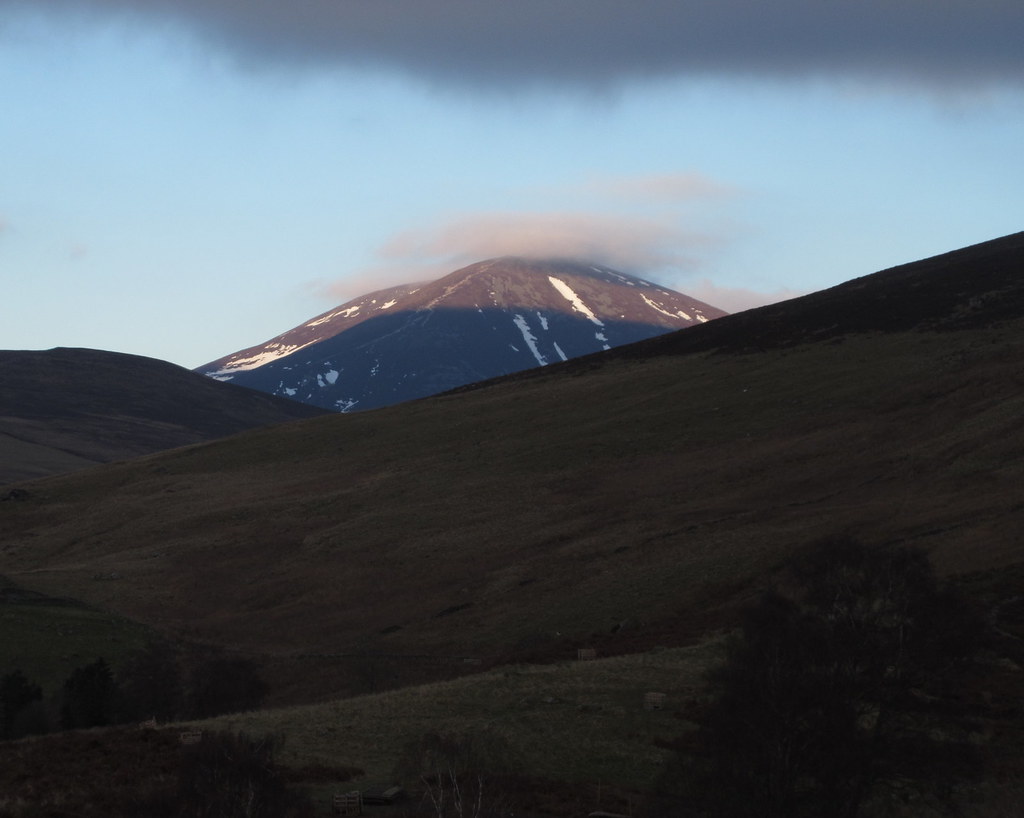 I passed under the A9 and crossed the old road to the Killiecrankie visitor's centre, disappointed to find out that the toilets were locked up for the winter. From here it was down into the gorge and the Soldier's Leap. For some reason, I've never really walked around here, although this is one of my favourite parts of the train journey between Inverness and Perth. 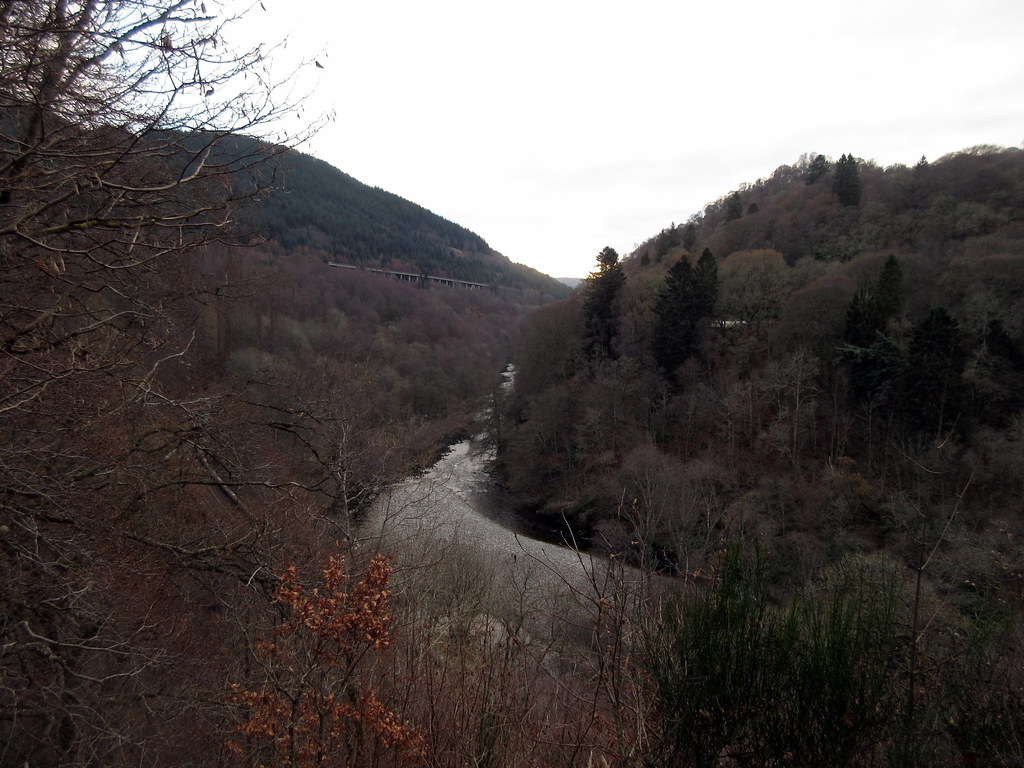 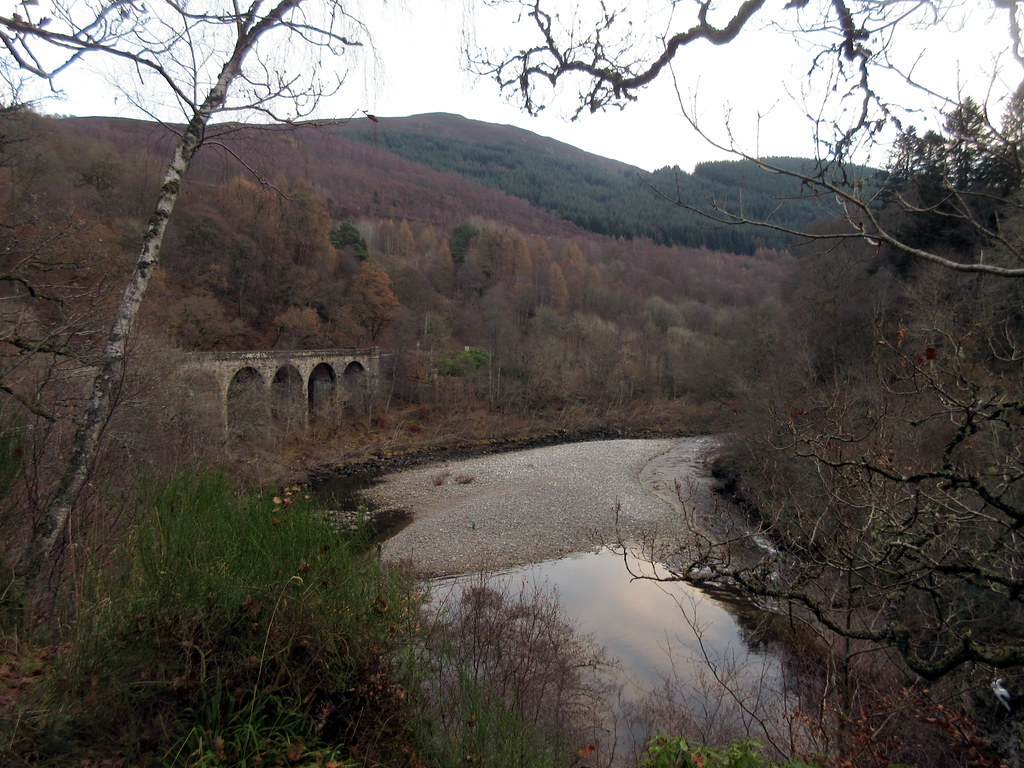 My original plan for the walk had been to go around the other way, in order to be able to have a pint in the Moulin Inn before finishing, but it was better to have enjoyed the sunshine before dropping sown into the enclosed gorge - the sun was away now anyway. 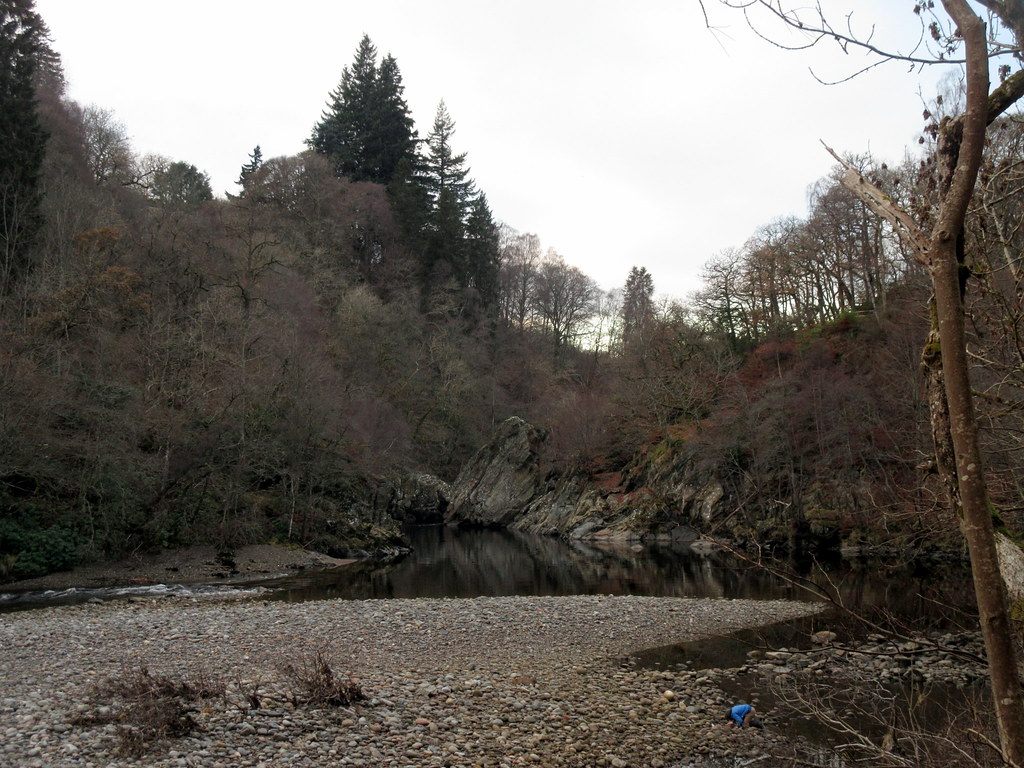 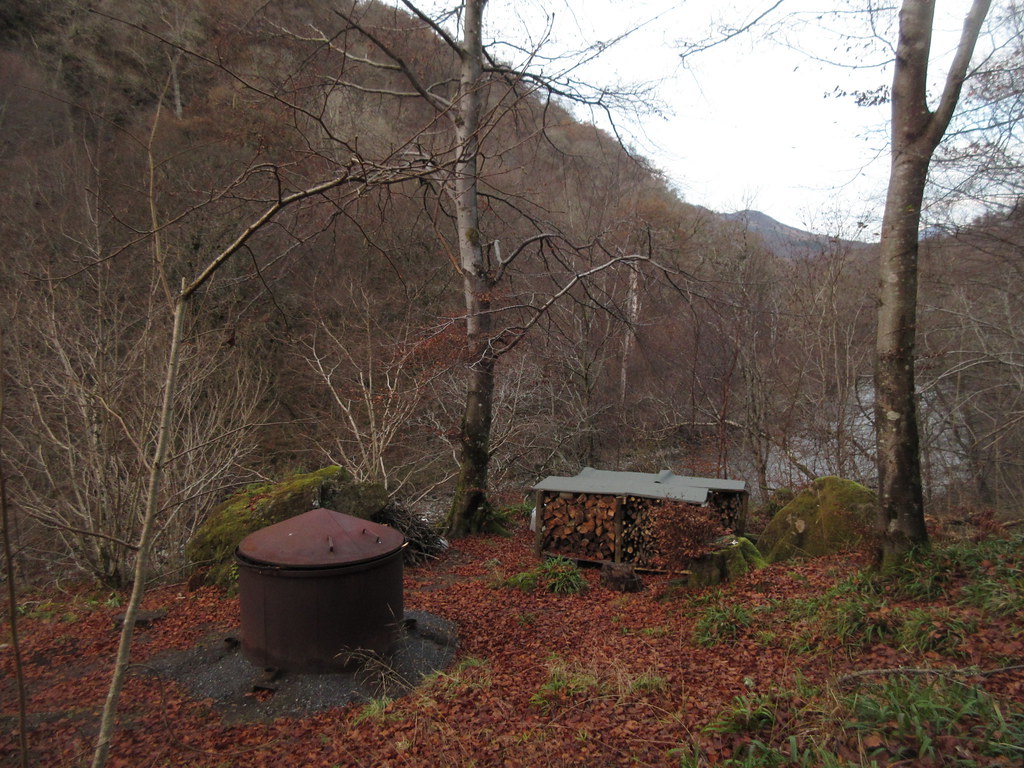 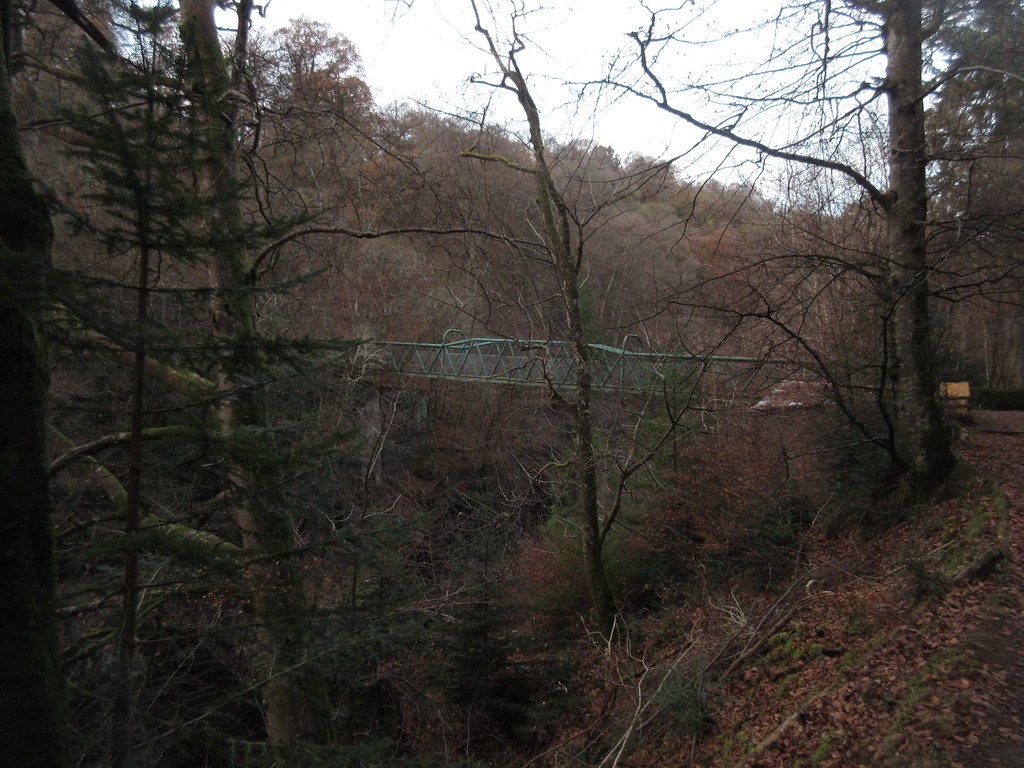 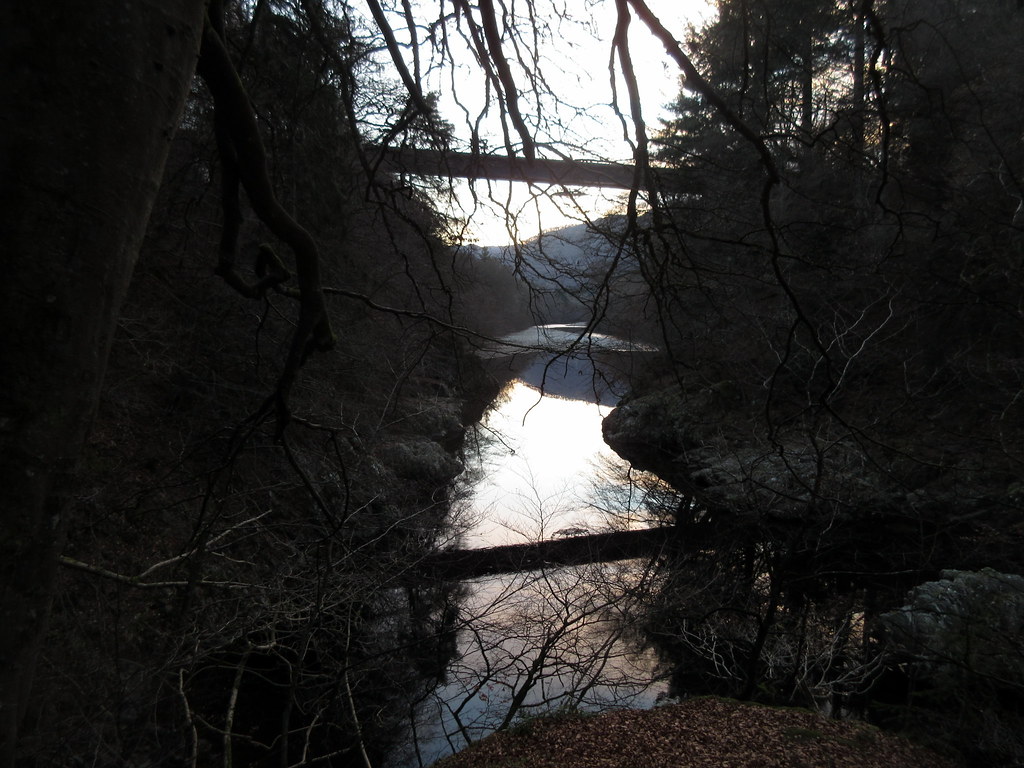 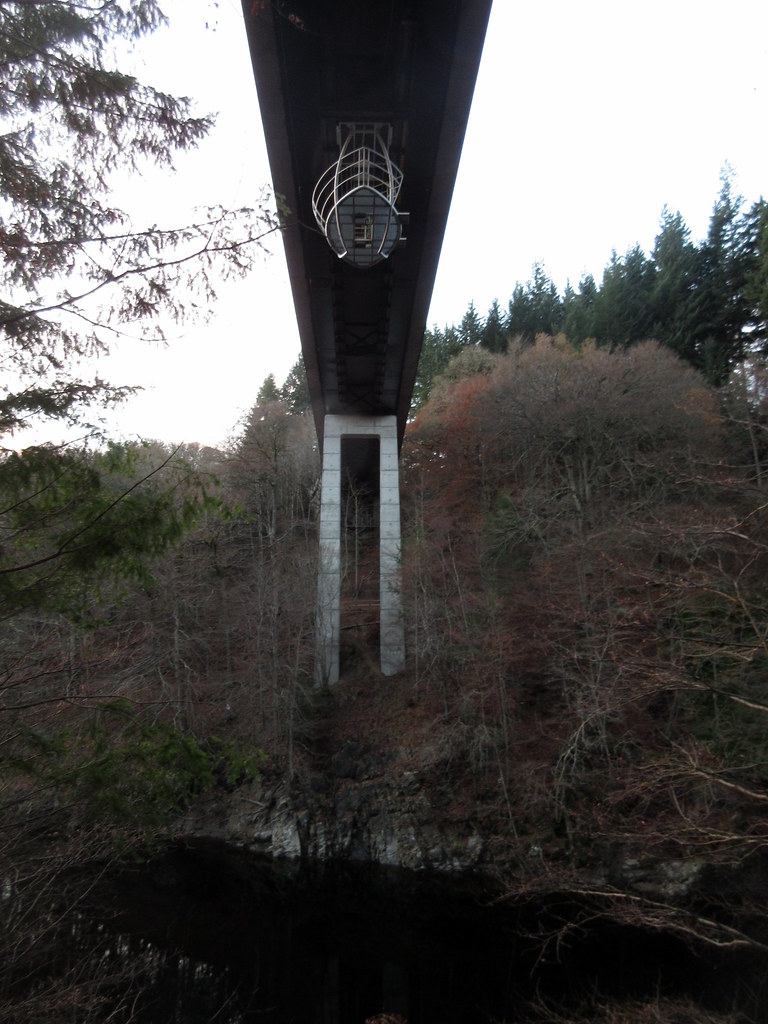 At Loch Faskally, I decided to detour off the marked path to the loch shores. This got a bit muddy in places and I had to climb up from the shores onto higher ground to avoid disappearing into a swamp. Annoyingly, I lost the last section of loch-shore path under the A9 and ended up walking along the pavement for the last mile into Pitlochry. This was probably a good thing as it was now getting dark and I didn't have a great deal of time before the late afternoon bus left - I wasn't going to miss this one! 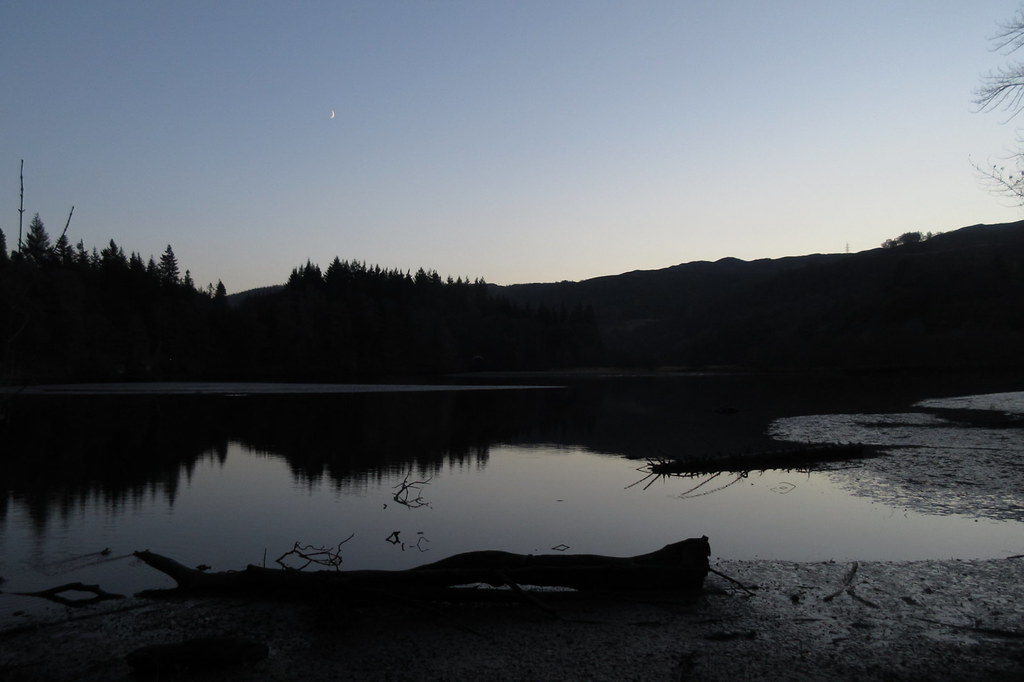 A great meet with an unexpected second day of walking.