Despite having lived in Aberdeen for three years, we only climbed Brimmond Hill once before leaving in 2014. And we chose a foul day for it too - strong winds, driving rain and poor visibility at the top. An opportunity presented itself to right this wrong when we were back for a flying visit this week, with a spare hour or so before heading back down the A90. The weather wasn't perfect, but unlike most of Scotland today it wasn't actually raining.

We drove around the hill first but the northern and western sides didn't look as appealing (one approach is a track, the other is quite steep). The western route has the benefit of a good path and a more gradual climb. Anyway, not much more to say about the route - just follow the path.


brimmond-hill.gpx Open full screen  NB: Walkhighlands is not responsible for the accuracy of gpx files in users posts

Views to the north on the ascent: Ahead to the mast on the summit: Trig point and cairn, nicely separated from the mast area: West to Aberdeen (AWPR just out of sight below the brow of the hill): 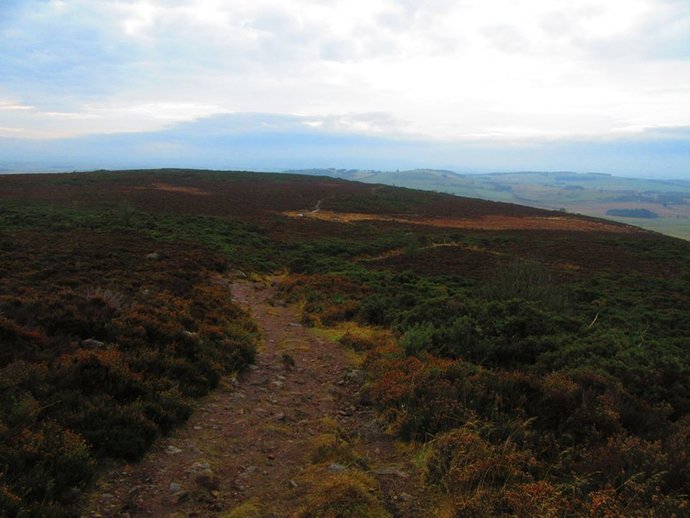 rockhopper wrote:Big cairn and can't be many hills with a flagpole on top - good result from a short wander - cheers