Again east appeared to have the best of the weather, and the further east the better....so with my sights set on Mount Keen, the most easterly Munro I set off on a long journey. It was dark and I was tired so I was very grateful to the mystery benefactor who had left a can of Diet Coke in my car

As I drove down Glen Esk it began to get light. I pulled into the car park at Invermark and my car gave an ominously loud clunk... as I parked it clunked again. Deciding that I wasn't going to drive 120 miles just to call out the breakdown people I decided to do my walk before investigating. Getting my stuff together and checking the map I set off down the road just before 9.

The route was straightforward and although it was quite chilly, there was no snow and there was no way it felt like December! Still, the forecast was good, although I was doubting the "less than 5% of rain" prediction as it was spotting as I left the trees...however this was short lived and it turned into a beautiful morning. 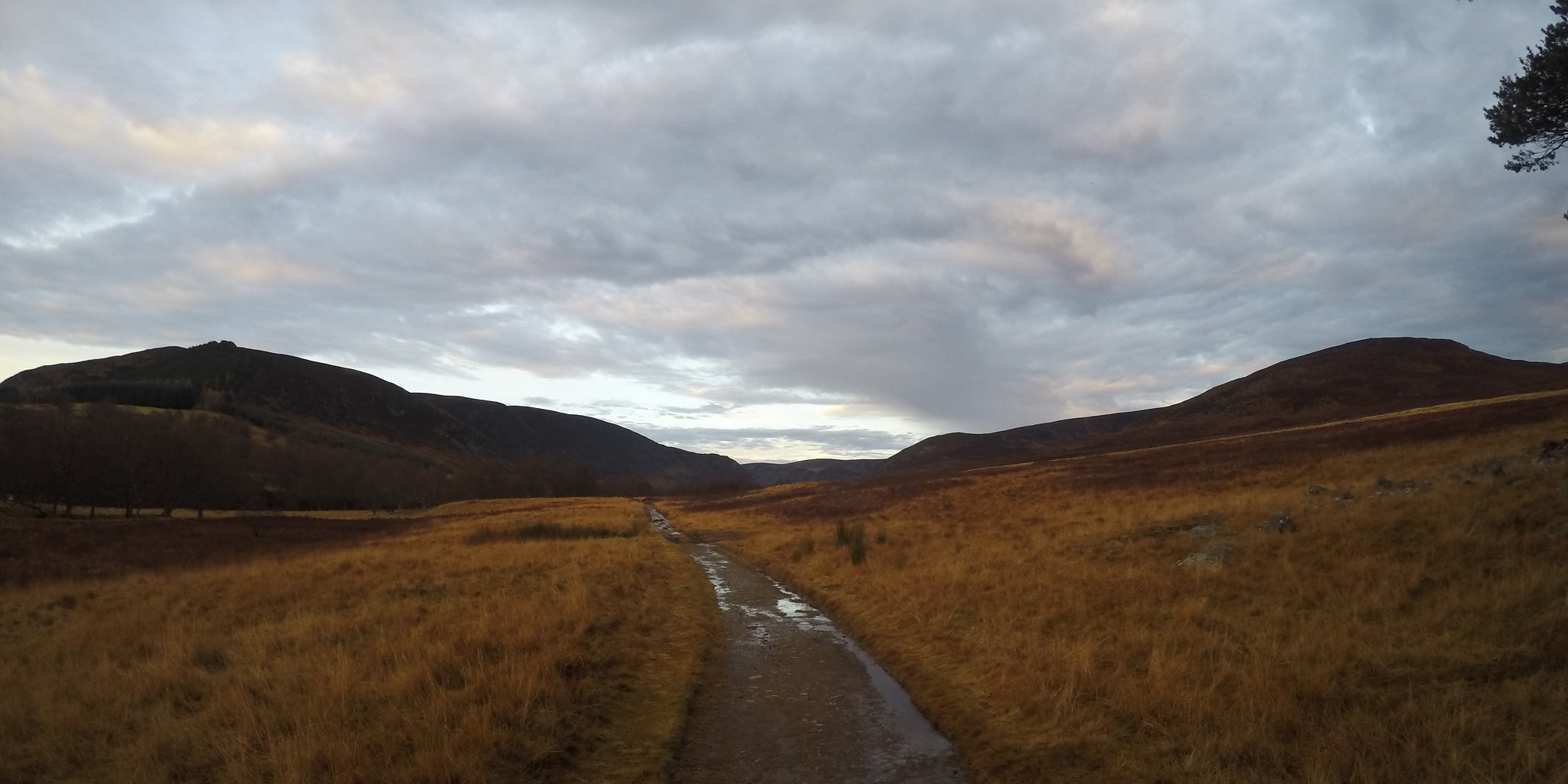 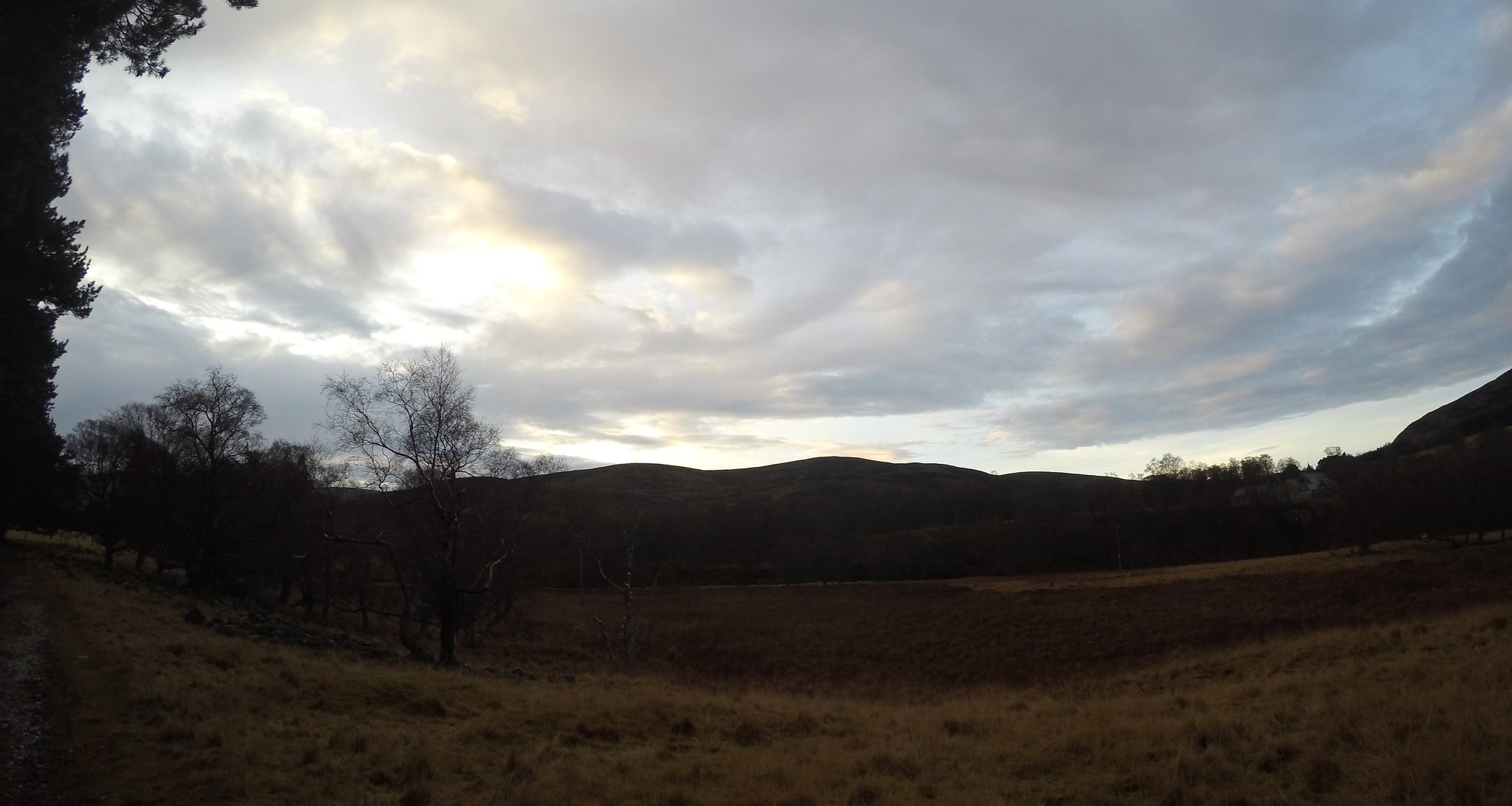 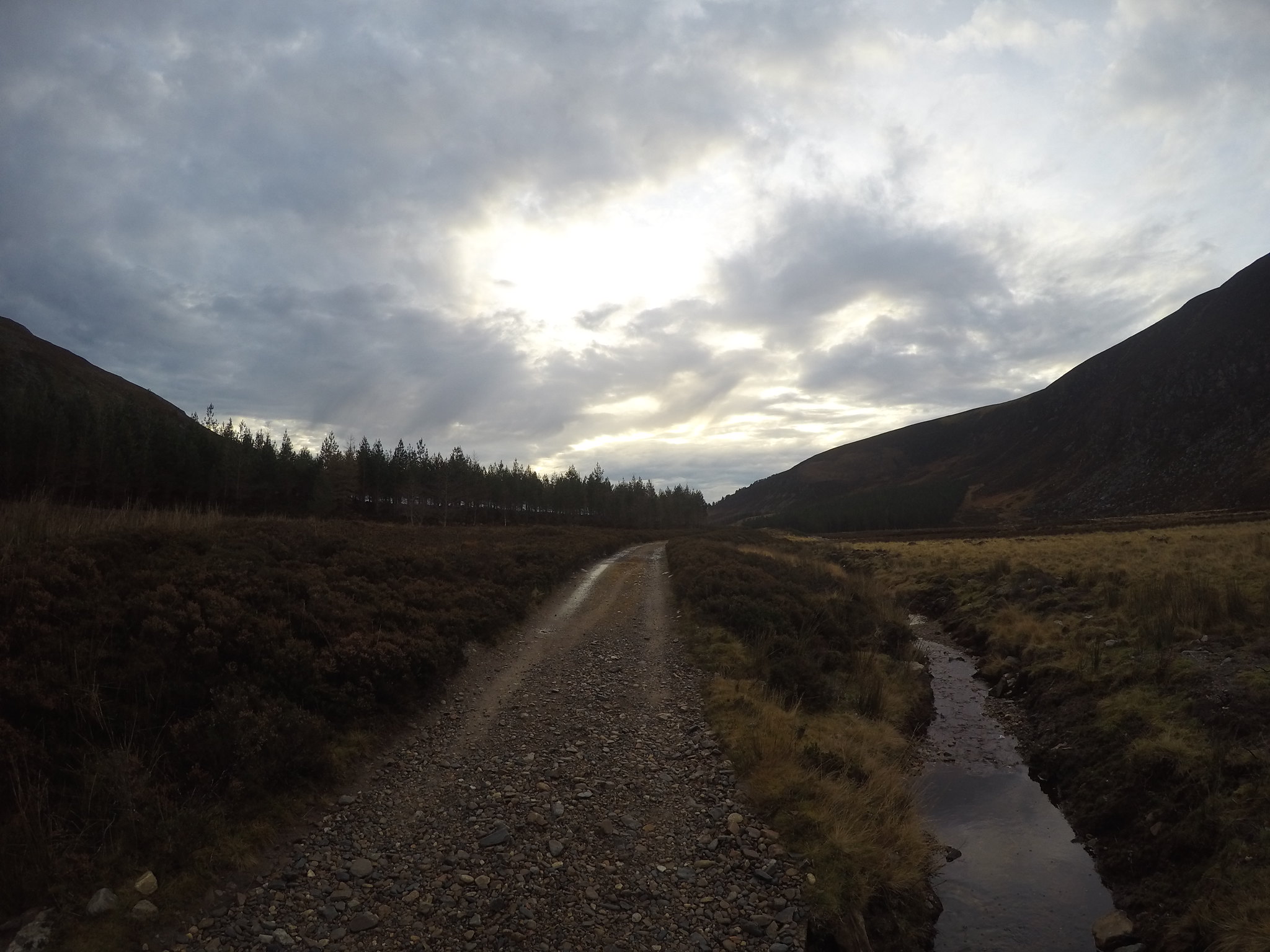 I took my time walking along the track, not wanting the day to be over too quickly and knowing that this was an easy walk. There was plenty of wildlife around including a huge number of grouse. Soon the Queens well came into view. It looked kind of out of place in the wild, but was very pretty. 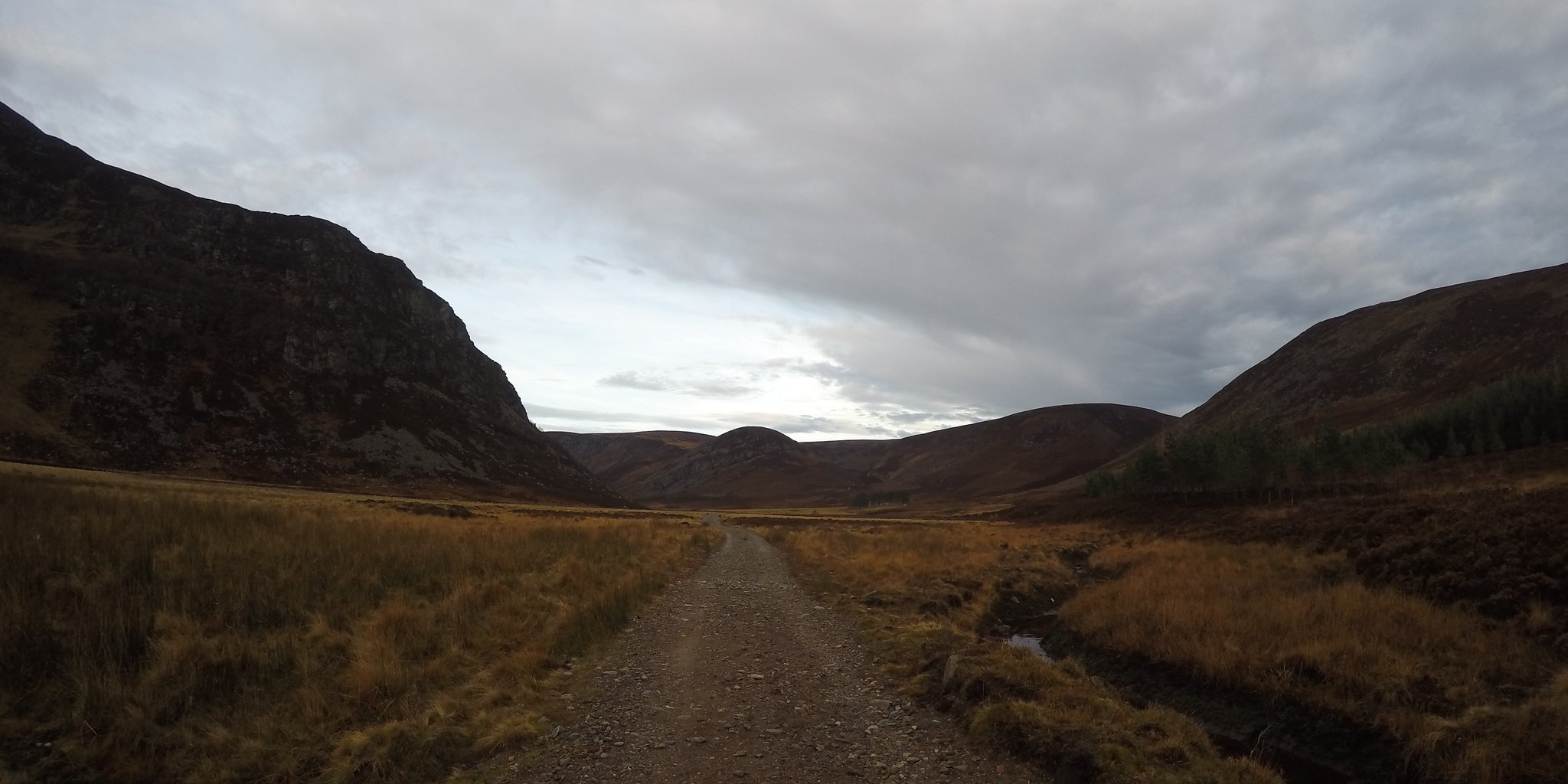 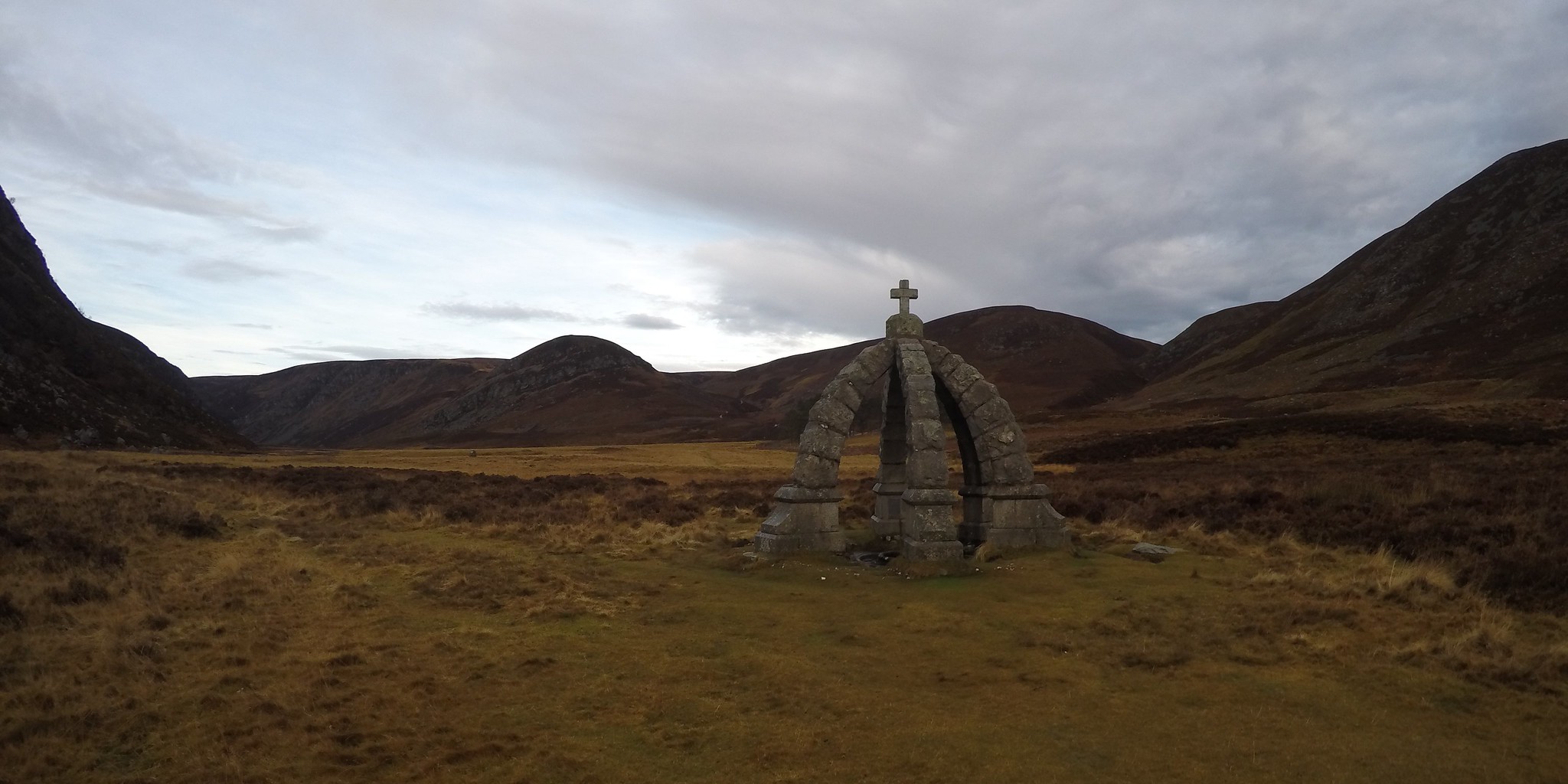 Continuing along the track I passed .... farm and crossed the Easter and Ladder burns without any problems (I had added my famous bin bags to my rucksack when I saw there was a river crossing, just in case

The track started to climb more steeply and I started to get warm. Stopping for a drink and to lose some layers I was able to admire the view behind me, and I could also see some people following me. 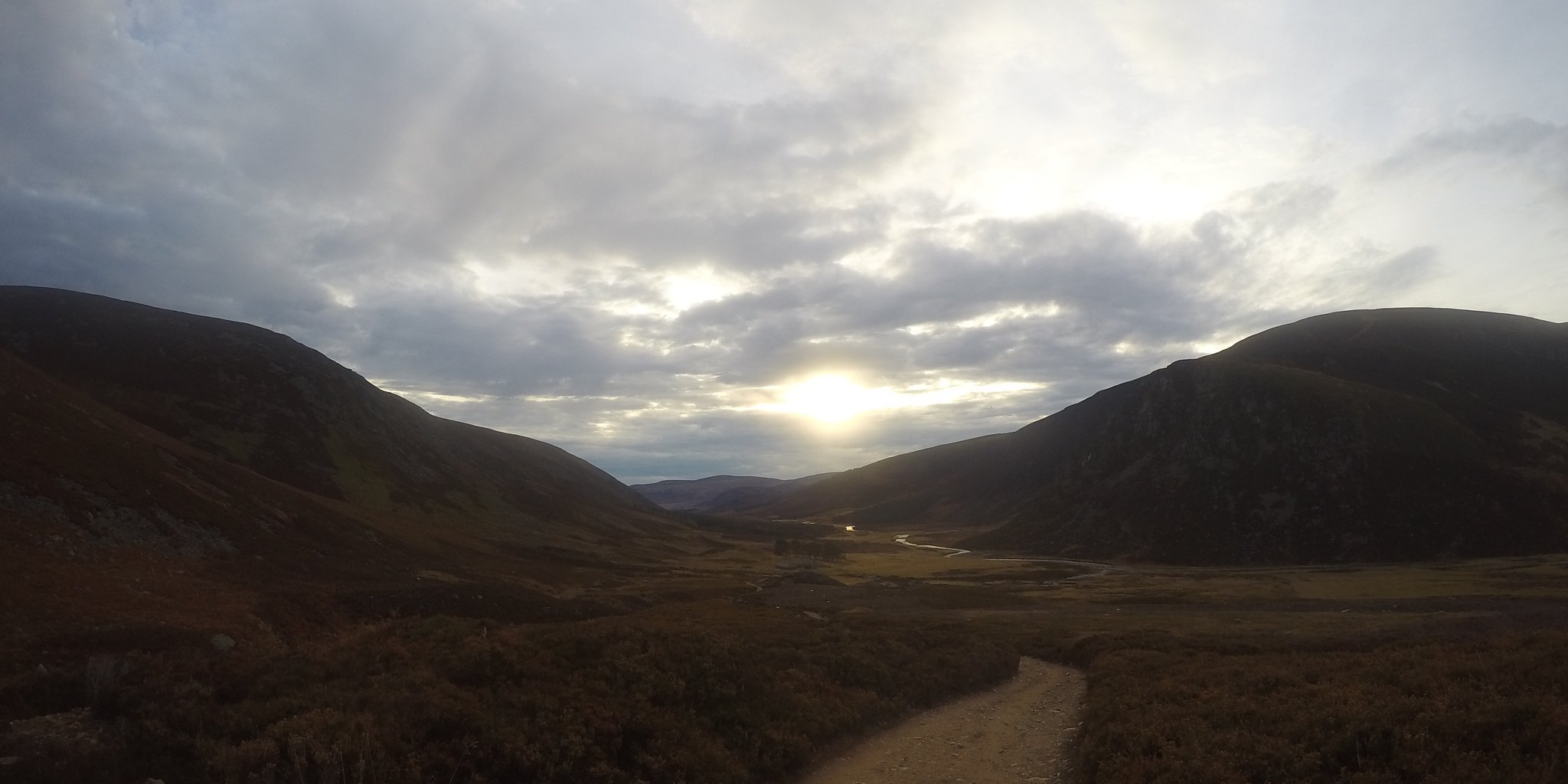 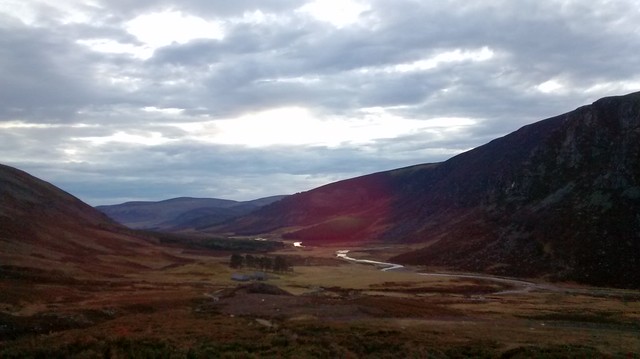 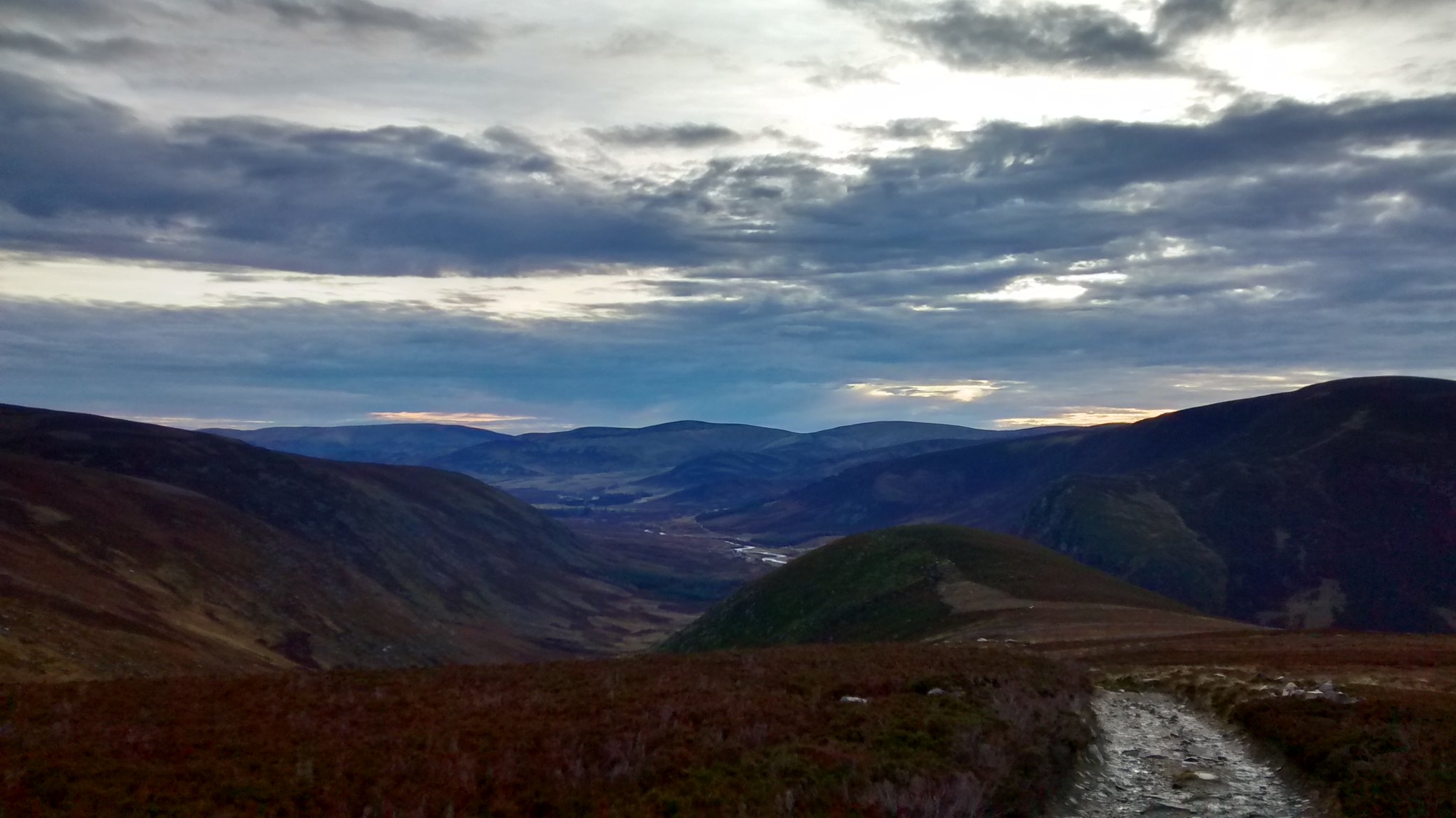 It was hot work climbing up the track (but would be totally possible for a reasonably fit biker to cycle it). Finally on the ridge I was able to see a lovely view ahead of Lochnagar and the Cairngorms behind, some obscured and some appeared to be enjoying a cloud inversion.

Ahead to the summit 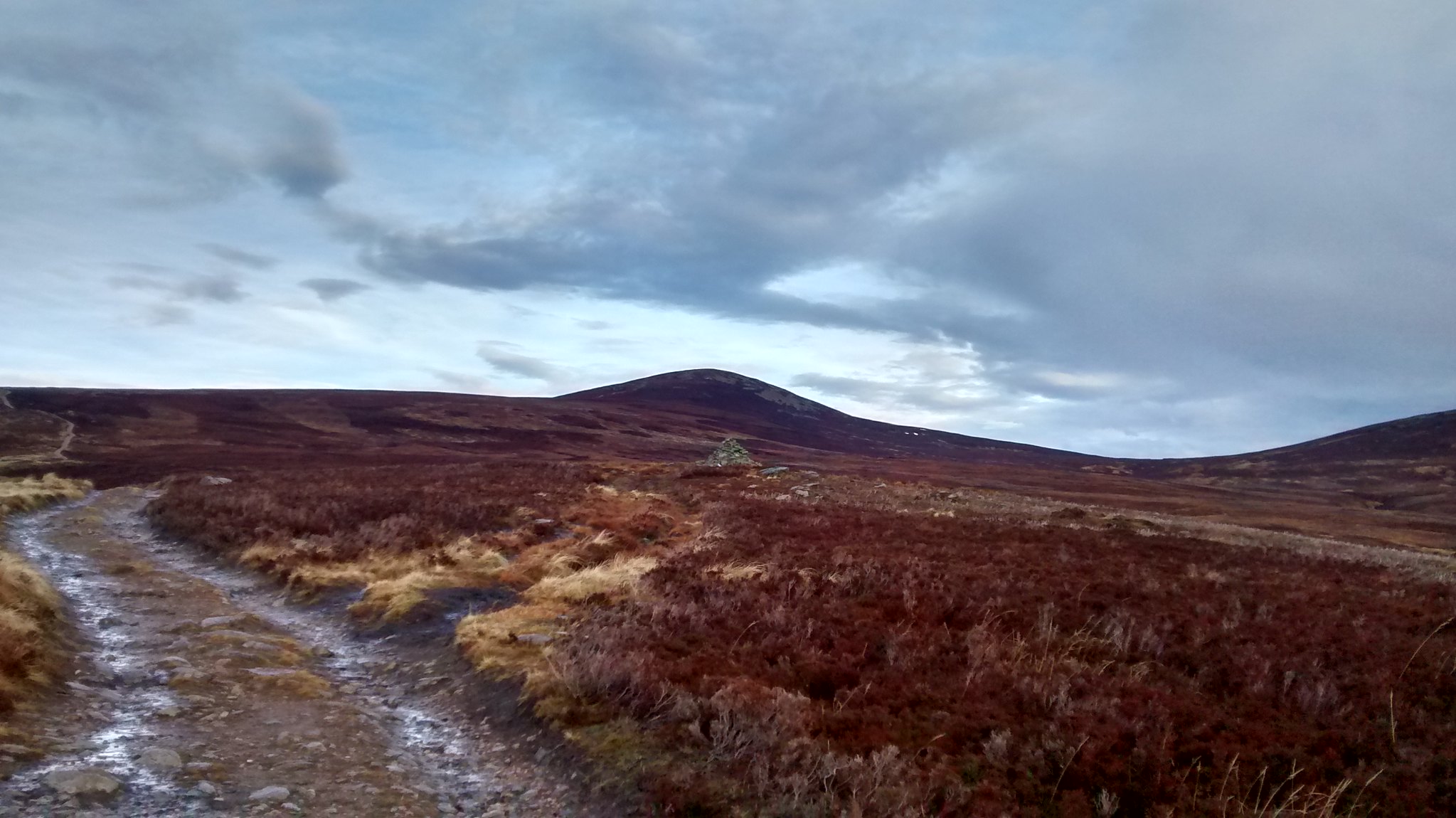 It was an easy stroll to the summit where 2 people were already there. There was barely a breath of wind and I sat down to enjoy the views. Unfortunately my photos are pants as my camera is still in surgery

Lochnagar and the Cairngorms 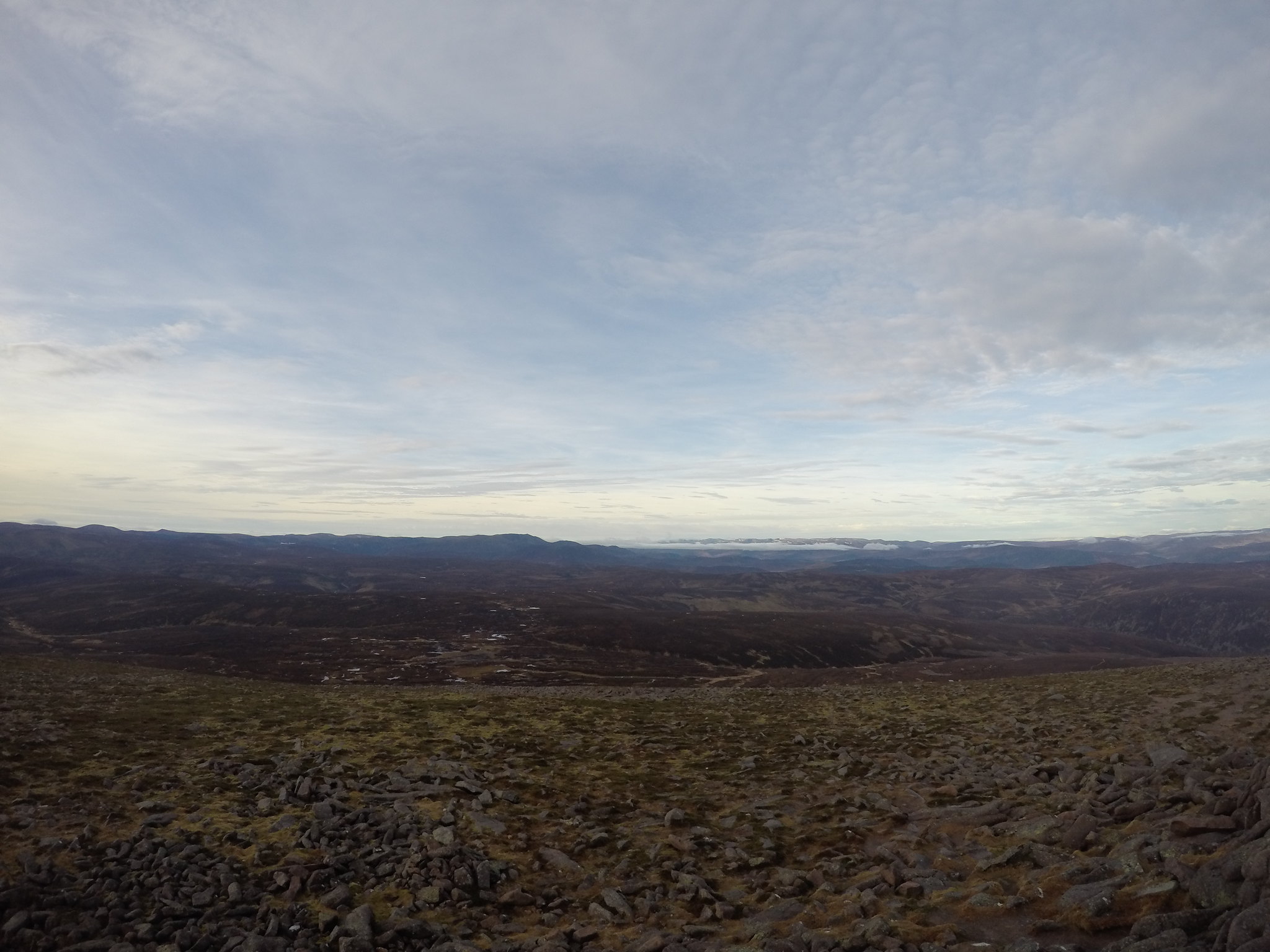 Back down the ridge 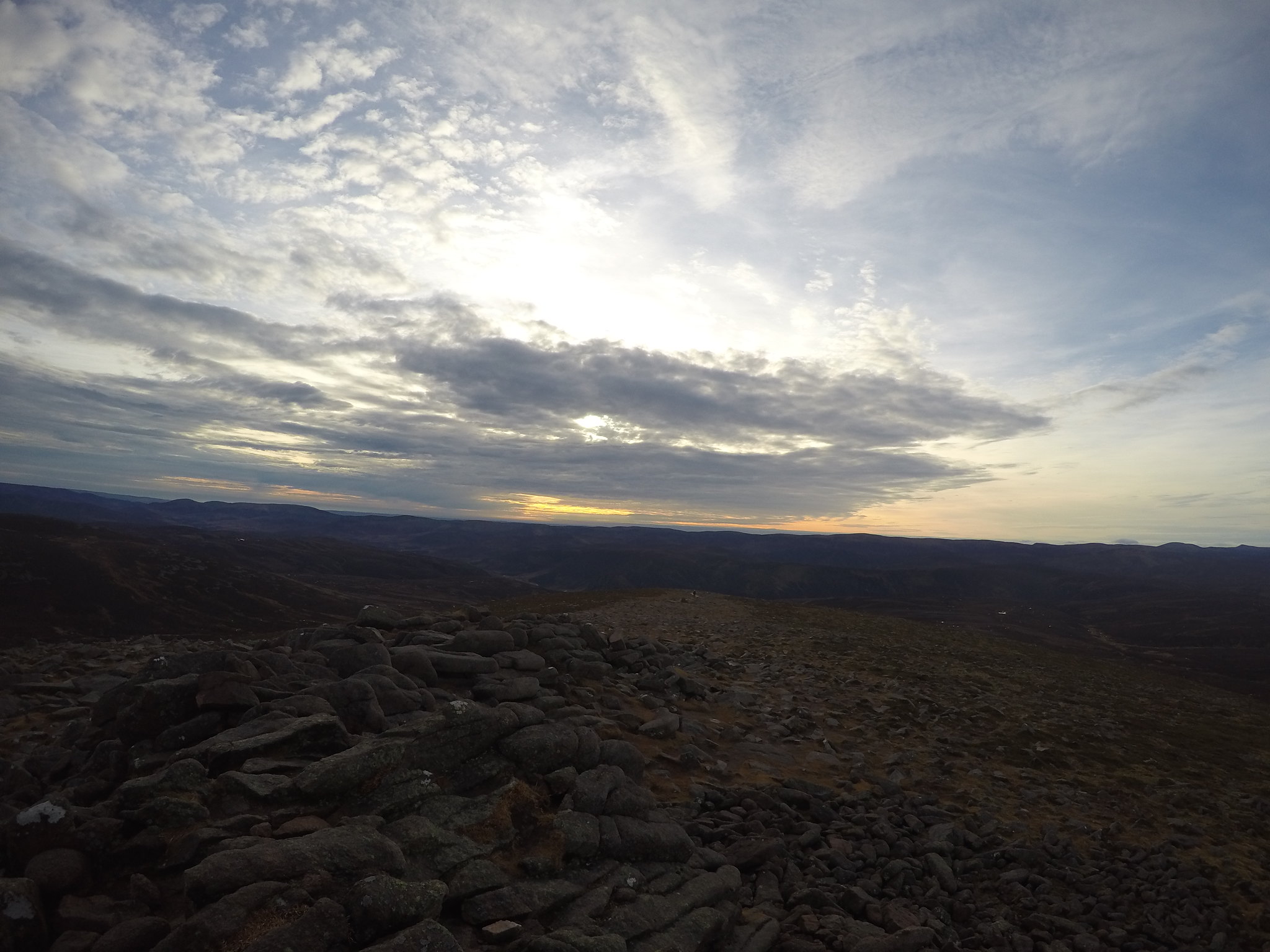 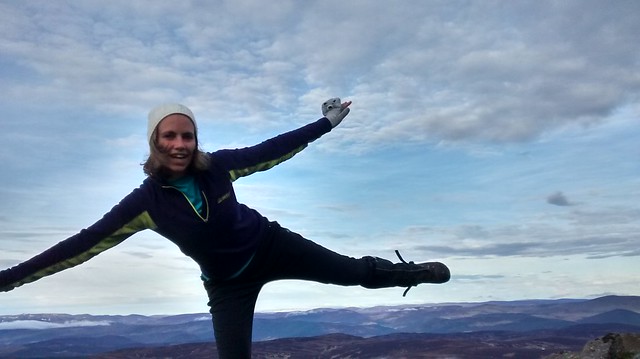 During the walk in I had been exploring options for an alternative route back, so I sat down with map. The man who reached the summit shortly after me voiced the same idea and I told him I was going to head to Braid Cairn and possibly Hill of Gairney. He seemed less adventurous so off I went.

I boulder-hopped my way off the top of Mount Keen down to the bealach where I picked up a vague path which took me up and then along to the summit of Braid Cairn, where I was treated by the most phallic cairn I'd ever seen 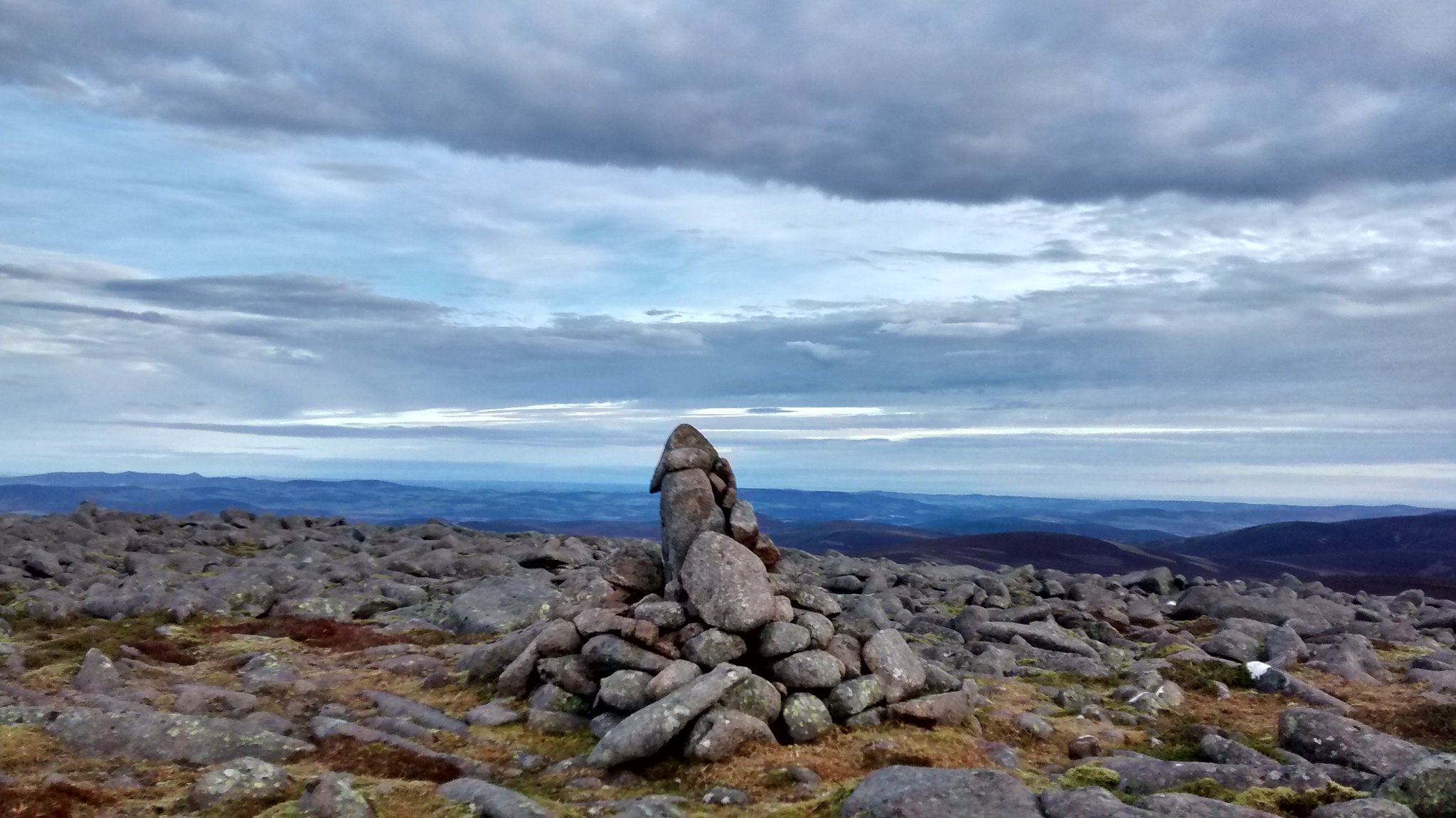 Entertained, I looked at my route. If I made it to Hill of Gairney, I could then follow a track all the way back to the car. A nice simple walk out, good for the knee, good if I started to lose the light. It seemed a good plan. 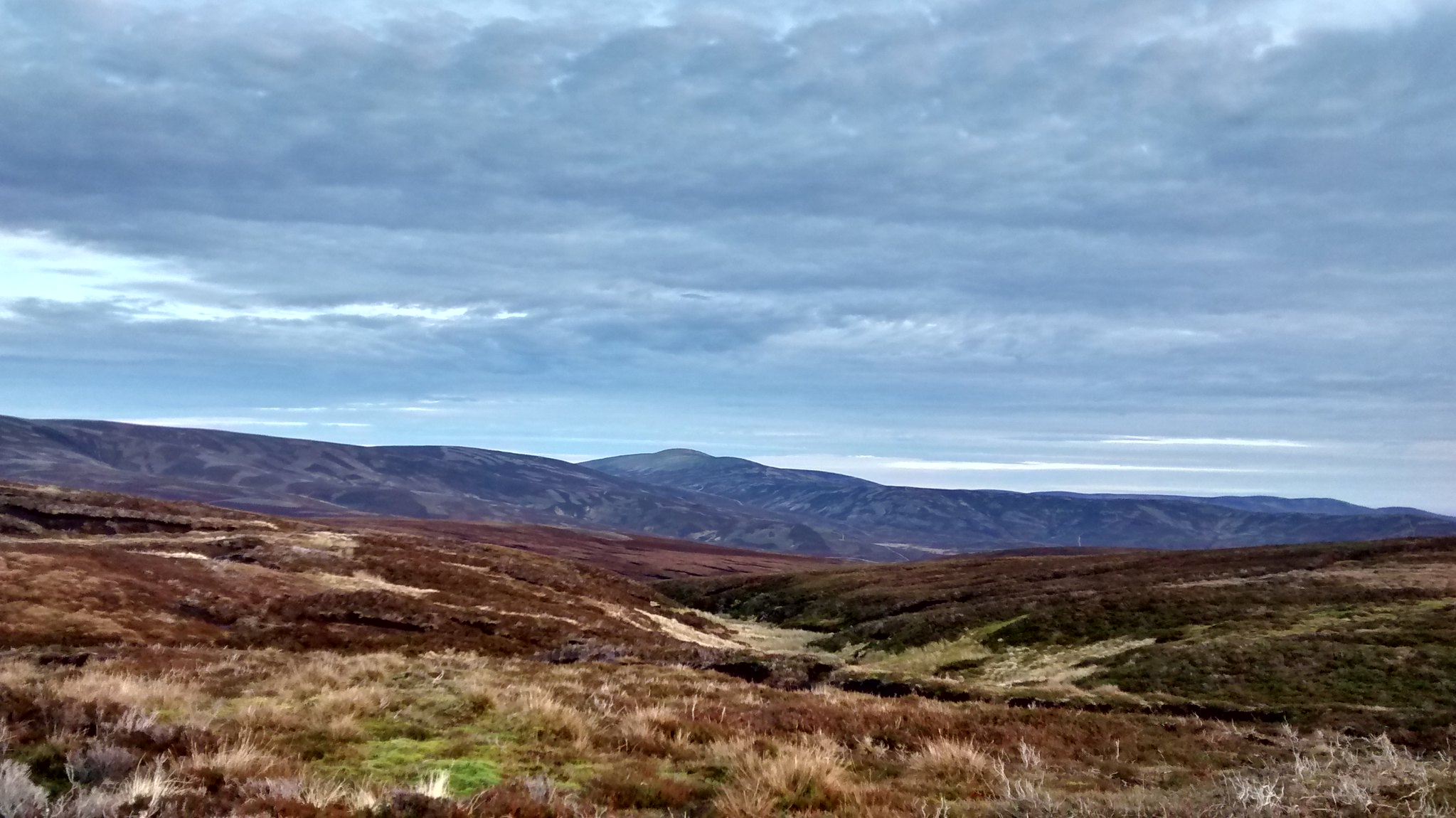 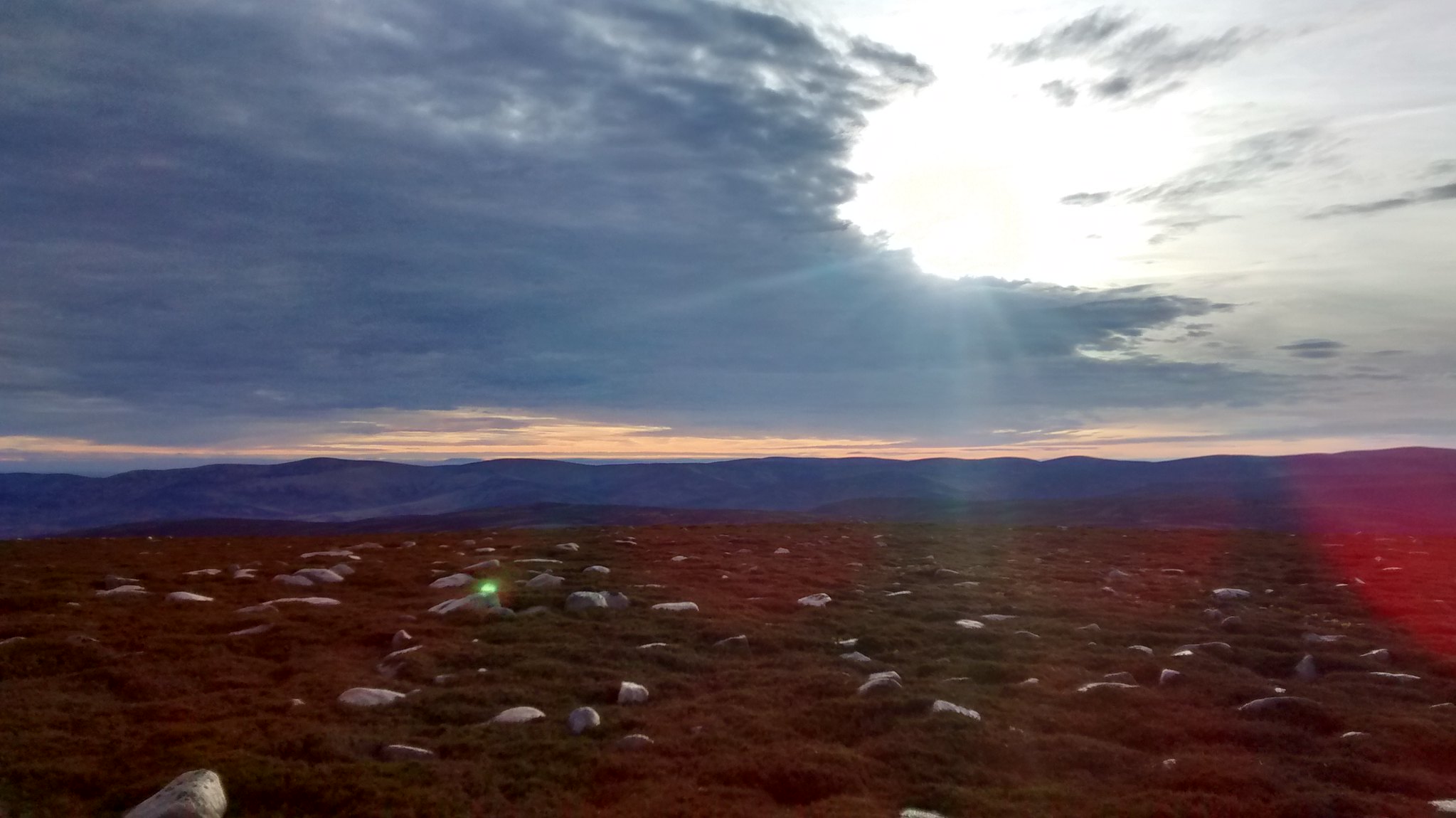 Although it was definitely a route less travelled, there were feint traces of a path on the way down and a more obviously trampled route on the way up. I followed the fence posts to Naked Hill

and on to Hill of Gairney. The sun was shining and it was very warm. I stopped for a drink and to take in the views. 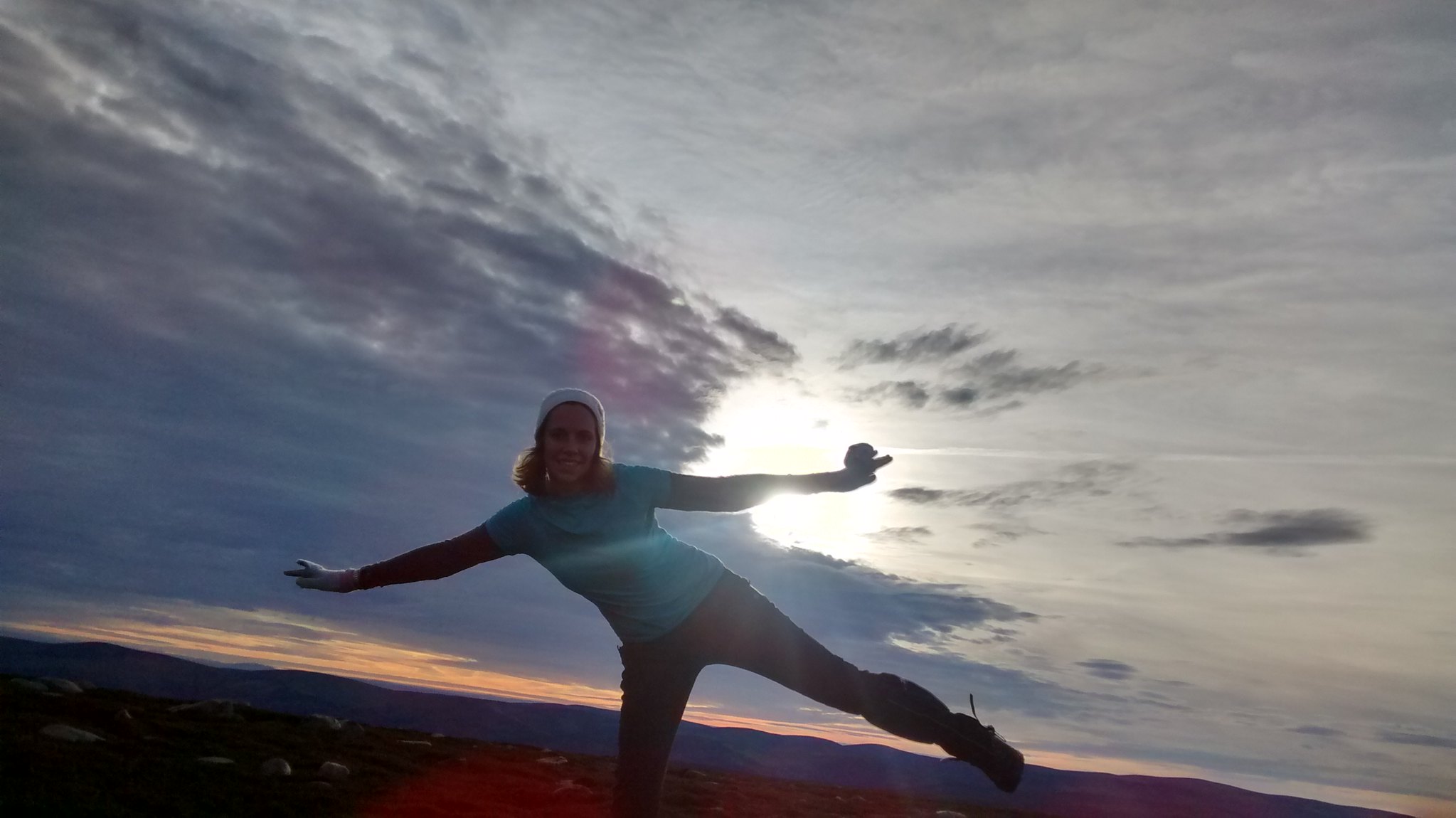 Back to Braid Cairn 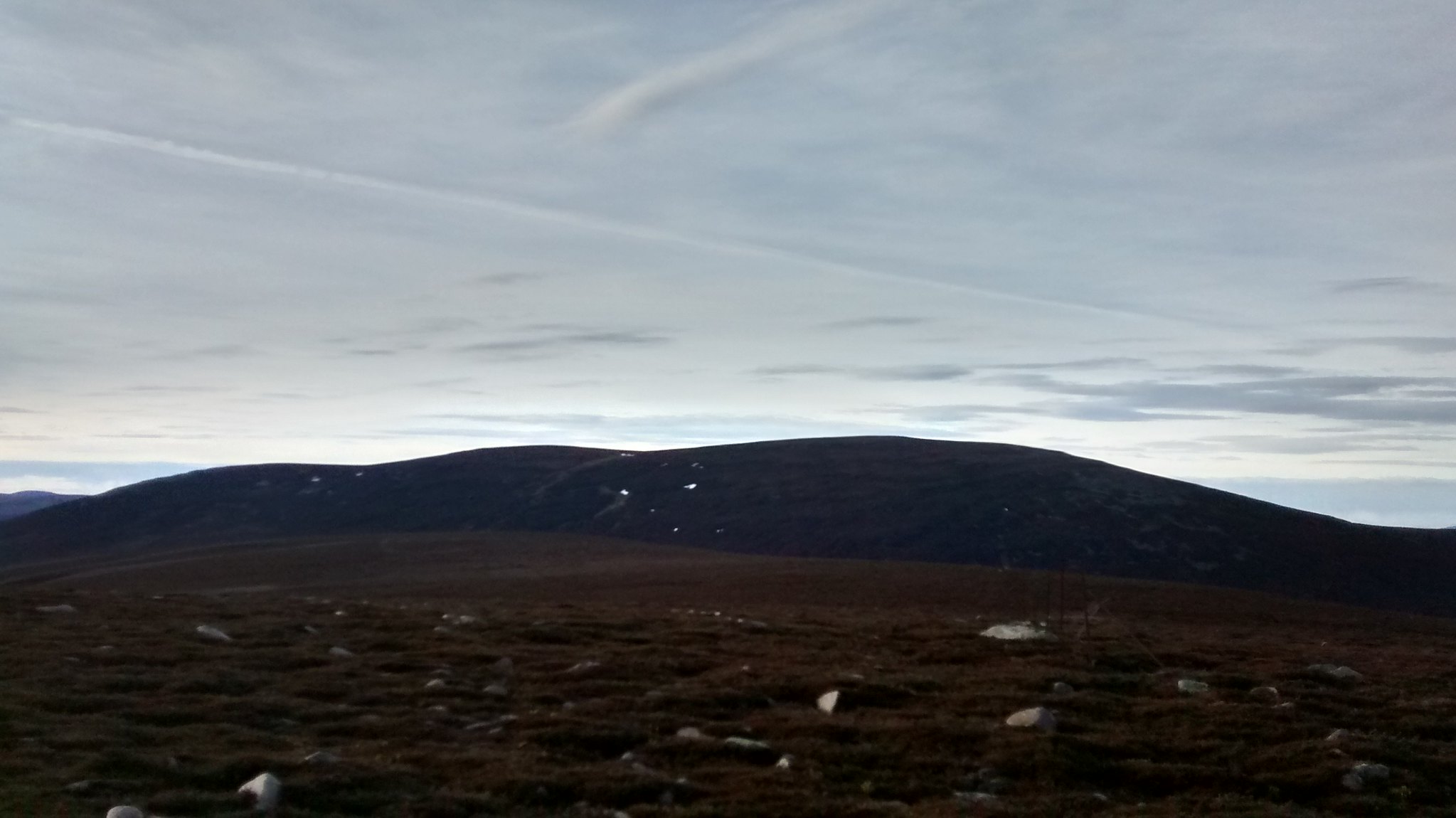 A compass bearing took me onto a path which led towards the track which would take me home. It wasn't all easy though, there were plenty of ups and downs, a particaularly steep one took me towards the Hill of Saughs were I met two bikers pushing up as I was coming down. They were doing a loop from Tarfside which looked like hard work especially as it was absolutely roasting. We couldn't believe it was December, could easily have been august!! I refilled my depleted water supply at a burn before a steep uphill section.

From here it was much easier, and just a case of taking the correct turning at the forks - I was glad I checked a bearing on one of them as the map didn't quite match the ground 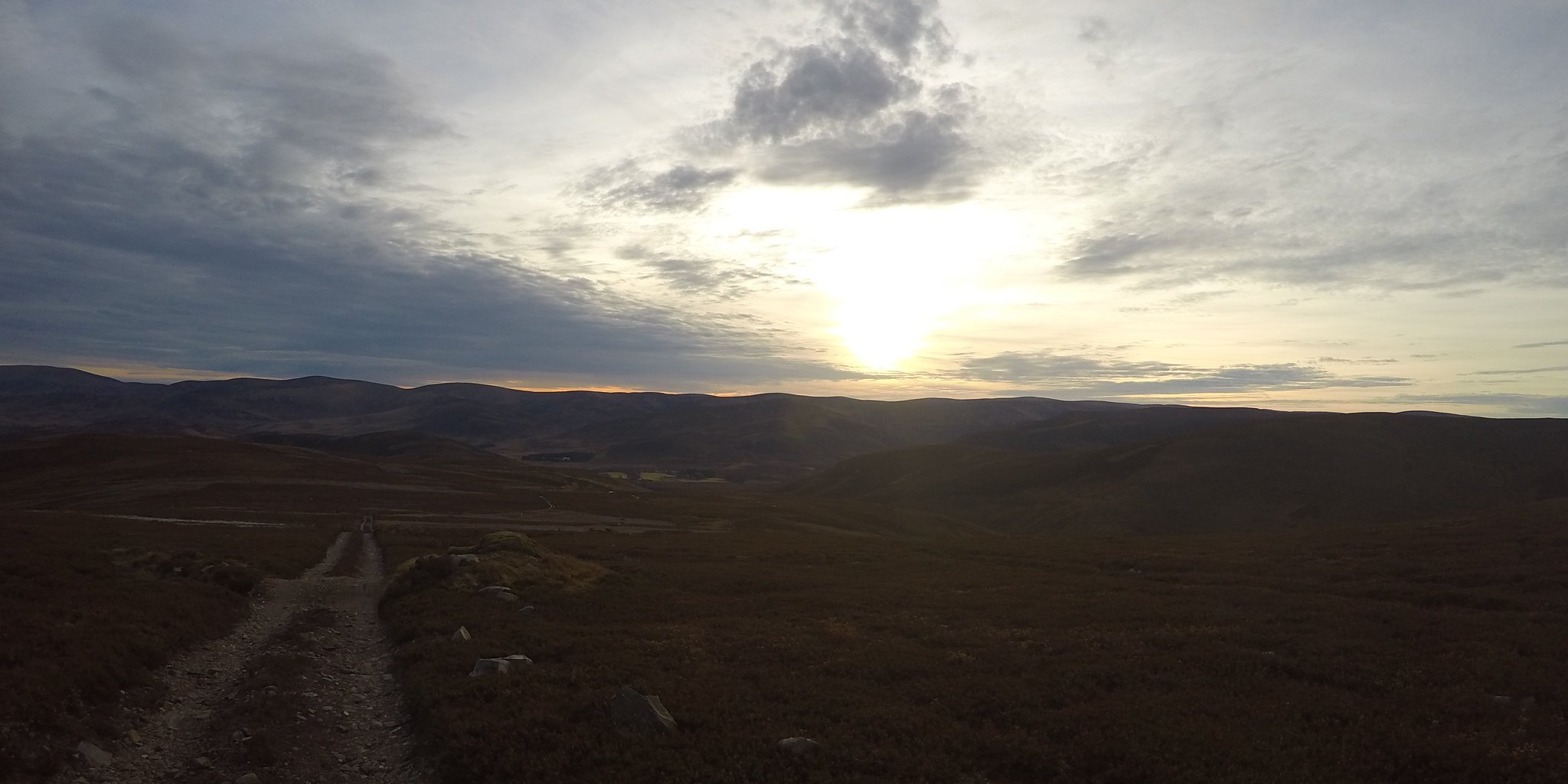 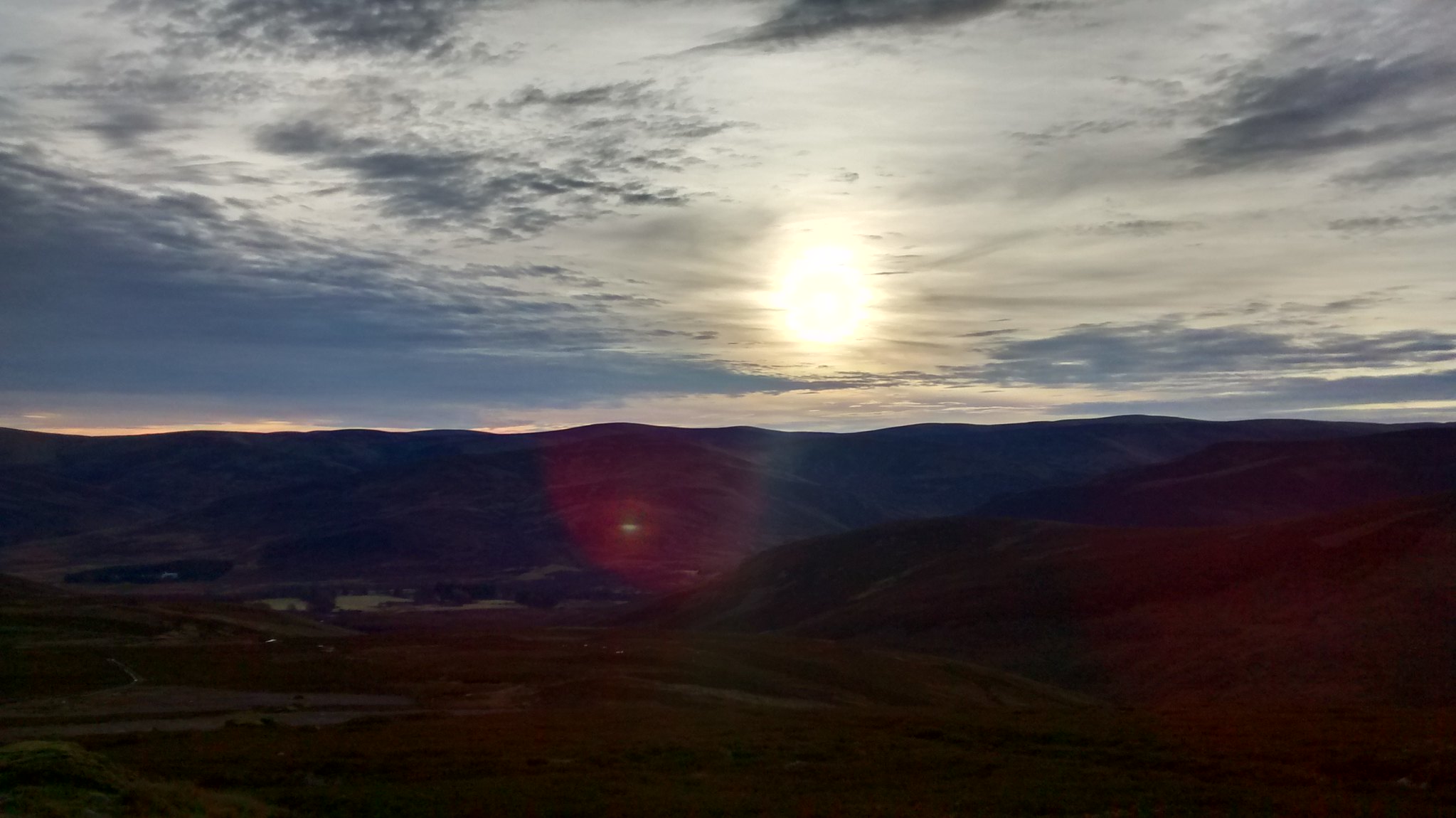 It was a long way but eventually I saw the farm come into view, 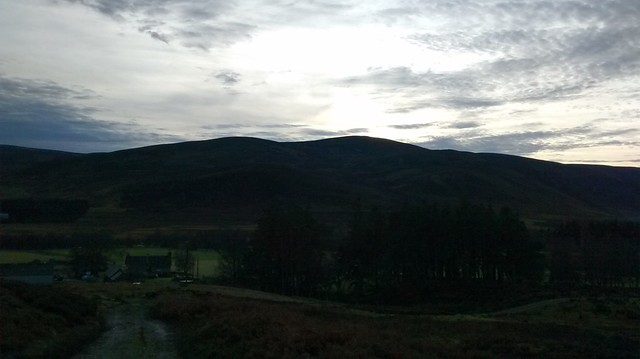 and walked the short distance along the road back to my car. My knee felt a bit stiff but not sore which was a relief although it was going to be a long drive home....

Heading back down the road, Blondie make a few clunks but stayed in one piece. As I travelled down Glen Esk the mist started to come in over the fields 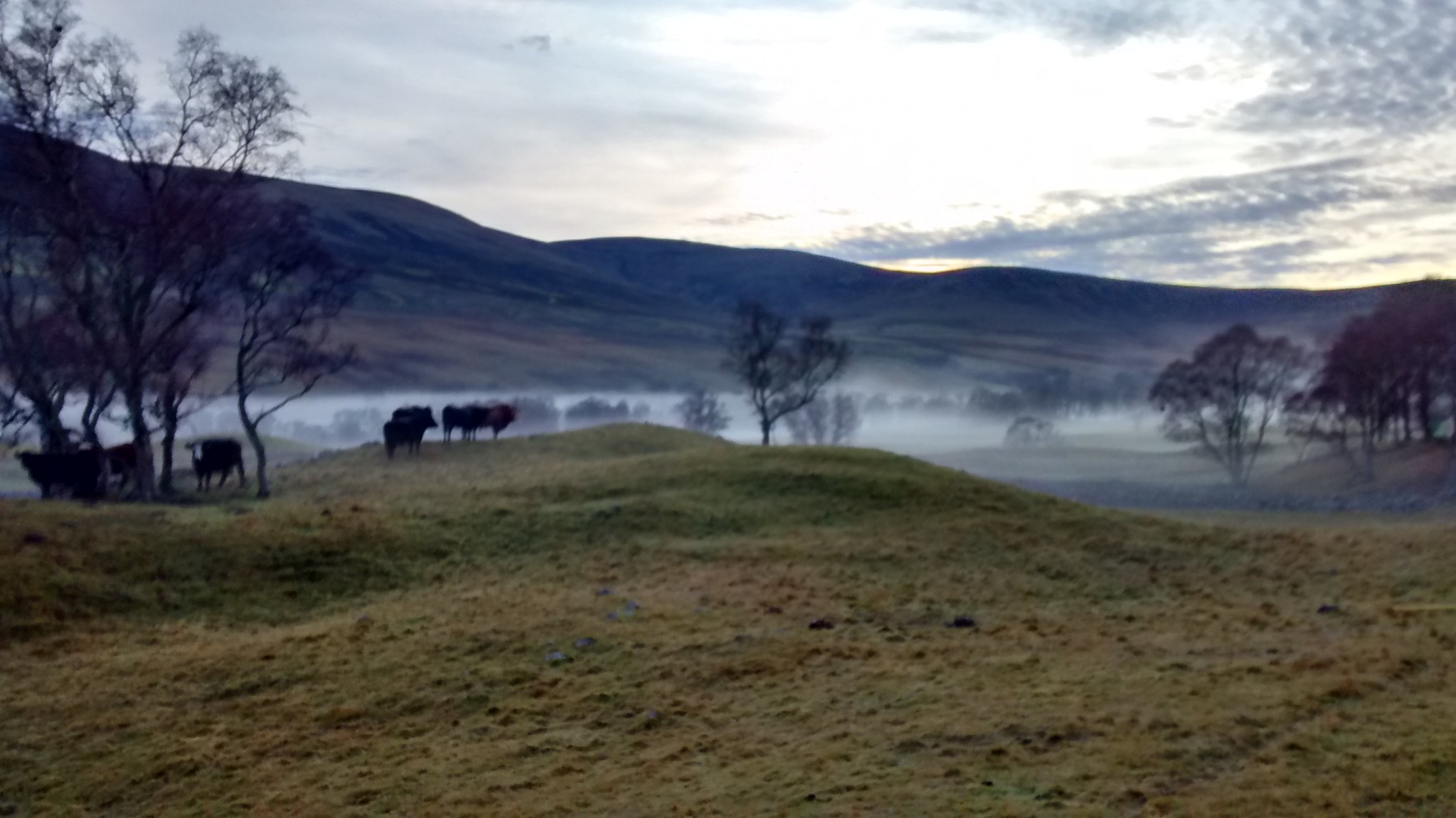 And once I hit the A90 a fabulous sunset materialised. Wasn't able to stop for any photos other than this one sadly, but my phone would never have done it justice anyway. 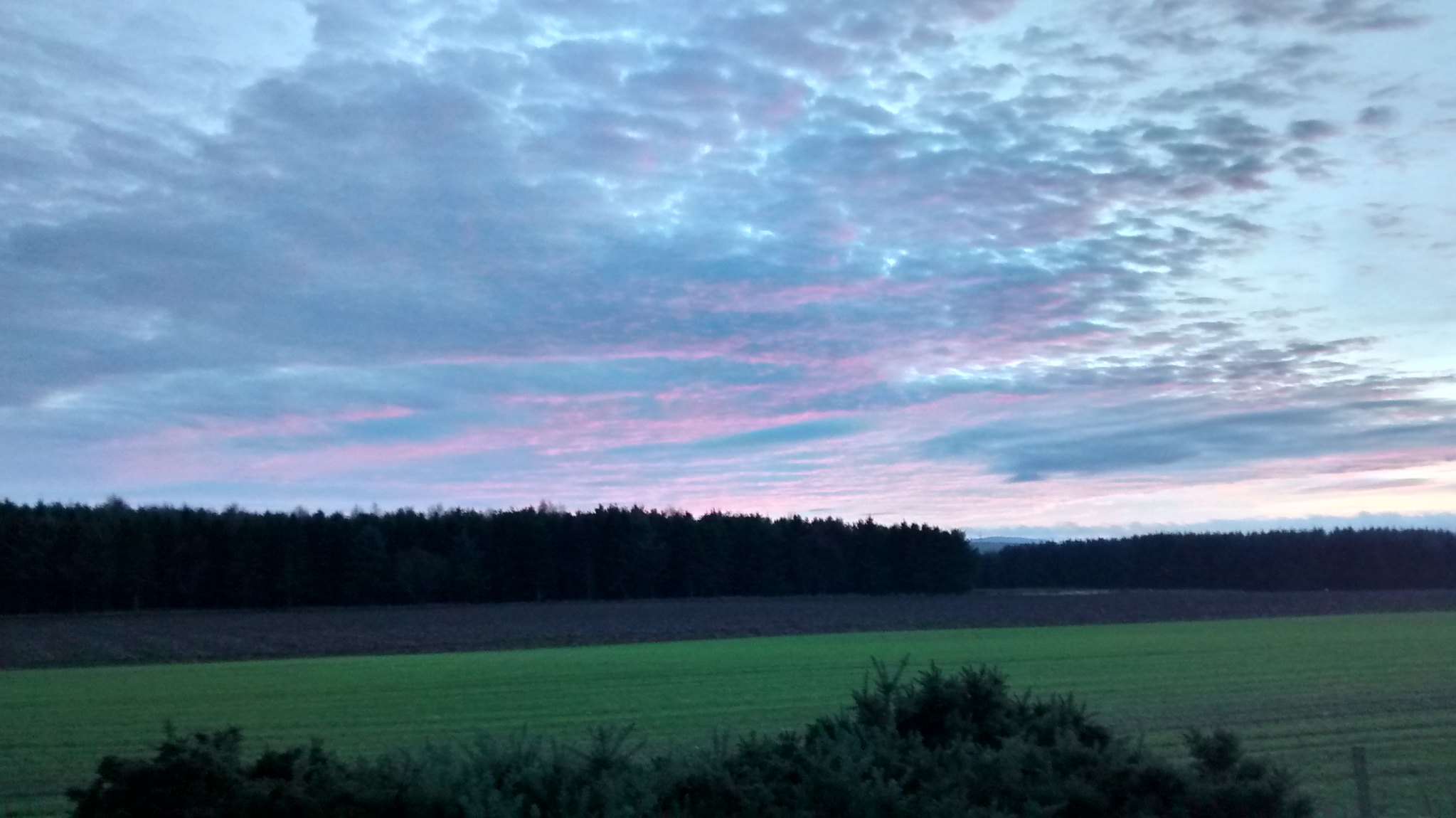 However I think another trip to the garage is in order...

Great report and photos - thanks for posting. I have never been tempted by Mount Keen - but this has made me change my mind!

HalfManHalfTitanium wrote:Great report and photos - thanks for posting. I have never been tempted by Mount Keen - but this has made me change my mind!

Cheers - it's not so bad, I think people have done my route in reverse. But I was just winging it

Thankyou - I hate out and backs to tend to do anything to make them more interesting!! Circular is so much more satisfying isn't it