After all the Turkey consumed for Christmas dinner a wee walk was needed and my eldest son also needed to try out his ice axe.
We headed to Benmore Farm with the aim of climbing Stob Binnein and depending how things looked we'd then consider a second hill.

The plan was to head up the track to its head and then strike out for Bealach-eadar dha Bheinn. 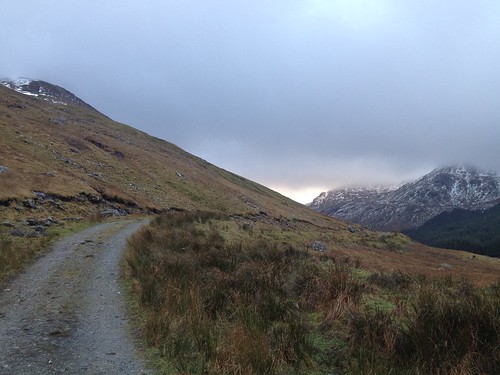 The OS Map (Explorer Map 365) shows the track ending at a footbridge over the Benmore Burn, but it carries on a little further. The ground underfoot was very wet but on the whole it was firm enough that you were not sinking down into bog all the time. By taking a diagonal route to the bealach the gradient was not too severe. 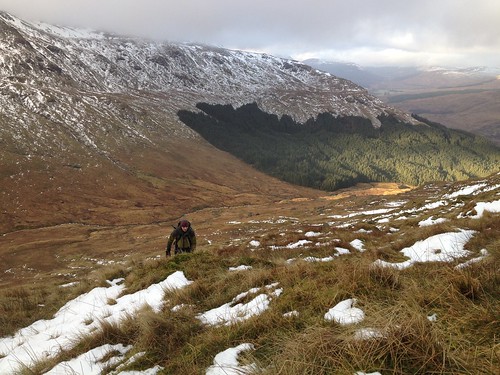 Leaving the glen behind. 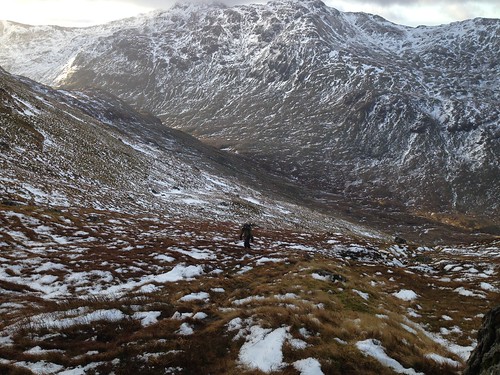 Youngina, just can't keep up with their old man

As we approached the bealach we rose above the shelter of the western side of the glen, and while there was not much snow the ground was frozen in places. As we struck out for the summit we found the path and many of the rocks were ice covered which meant it was easier to walk where there was snow. 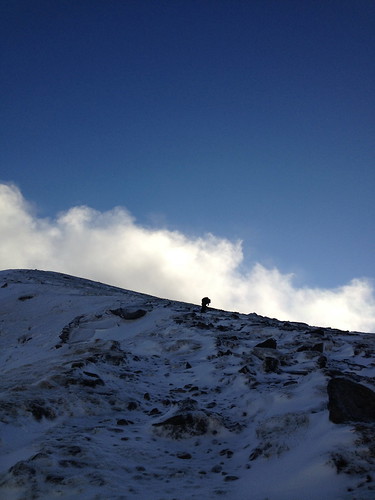 There was a large patch of snow hanging onto Creagan Dubha. It had a large crack along its top edge and looked very prone to avalanche. 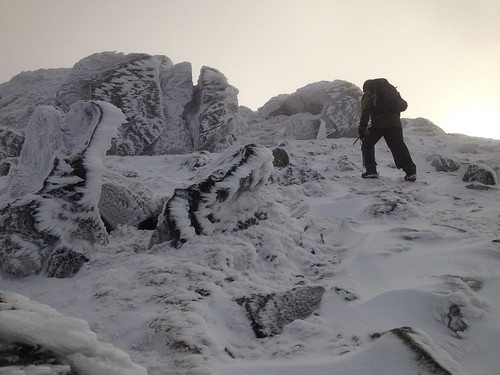 These rocks, just a couple of minutes from the summit, almost form a gate to the summit cairn. 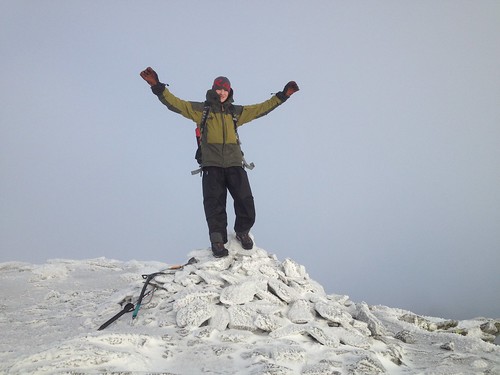 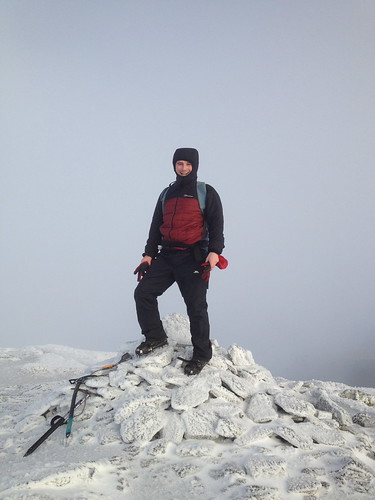 By now the wind was brutal, so we did not linger long at the summit.

I had originally considered trying to strike out from here to Cruach Ardrain, but given the strong wind we decided to head back the way we'd just came and then head up Ben More. As we descended to bealach the wind further strengthened and looking west there the weather looked to be deteriorating. We decided Ben More would be there another day and duly headed back down to the path we'd started from.

Great day out on the hills, what's to beat it

Re: Windy day on Stob Binnein

Re: Windy day on Stob Binnein

Coop - We'd a brief shelter there before heading off again. I did Ben More a couple of years avon in March and it was terribly windy then as well!