Needed to get out having eaten and drunk too much of late with no exercise. Somewhere relatively close preferably allowing for a later than usual start. Drumelzier suited the bill.


Drumelzier activelog 27dec2016.gpx Open full screen  NB: Walkhighlands is not responsible for the accuracy of gpx files in users posts

Parked in the wee car park just before the cottage at the end of the Drumelzier road. Crossed the bridge straight away then up round the back of the cottage and on to the hillside. Another wee bridge to cross the burn again then followed the track up towards Den Knowes.

Just past Den Knowes Head, detoured off northwards to the New Donald, The Scrape. A bit boggy but not unexpectedly so.

Then southwards to Pykestone Hill. Very strong, cold wind up top but stayed dry. Waved to another walking heading downhill with his dog.

As is frequently the case, there are fences to follow – along the course of the Thief’s Road to Long Grain Knowe before heading west to Middle Hill.

From Middle Hill, headed northwards over Glenstivon Dodd, past the Shepherd’s Cairn.

Then NW to Drumelzier Law. 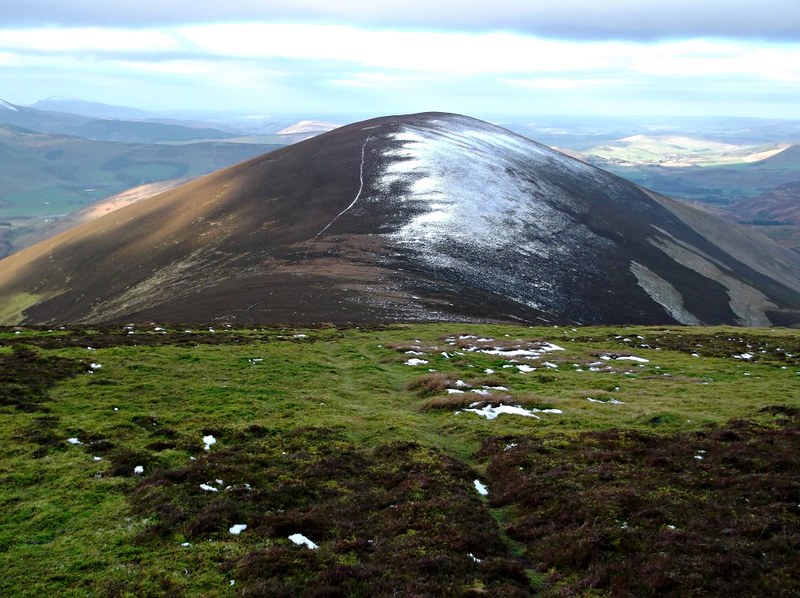 Then a nice walk back over Logan Head to the car.

That looks a good set of hills. Haven't climbed anything in the Borders so useful for future reference.

Don't know this area at all. Is this what's known as Scott country?

It is a nice little round of hills

Had to look at my blog to see when I did that round as the conditions were similar, albeit a bit whiter when I viisited - seemed like ages ago but was March this year

Enjoyed that Rockhopper. when the mood takes you, you cant beat a borders walk in frosty conditions.

Good to see you added the New Donald too rockhopper

A very nice circuit this, if I recall