I had climbed Ben More & Stob Binnein a while back from the Crianlarich side and expect to climb An Caisteal from Glen Falloch/A82, so once deciding on these hills I opted to approach from Inverlochlarig, to discover another little piece of Scotland I'd never seen.

Left Edinburgh at 6.15am, and two hours later I was leaving the car park on foot. The drive in after leaving the A84 at the Balquhidder junction to the car park at Inverlochlarig is a cracking wee road along side Loch Voil & Loch Doine. These deer waited for me to pass before crossing the road. Reached summit of Tulaichean at 10.15, where I met ‘Mountainmac’ and had the pleasure of his company on to the following summit. The weather was excellent and had some great views of Ben Oss, Ben Lomond, Ben Ledi, Ben Cruachan, Arrochar Alps.
Reached summit of Cruach Ardrain at 11.10. 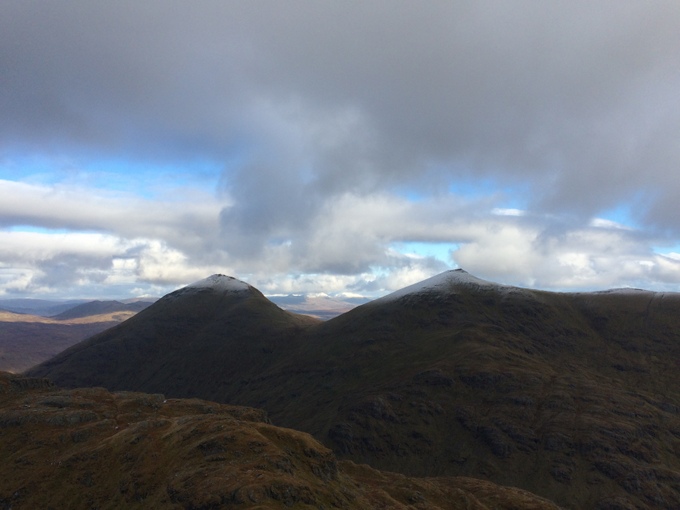 Beinn a' Chroin & An Caisteal 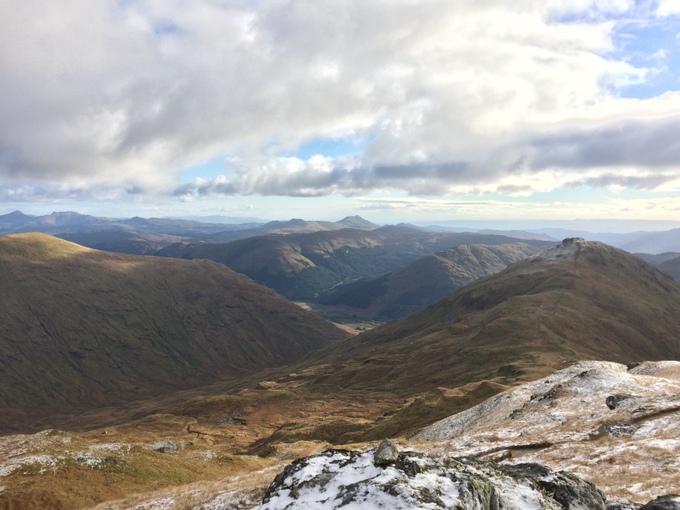 Enjoyed some food and a blether for a wee while, until it started to get a bit chilly sitting still. It was time to head back, I was going back to the car and my dogs new best friend was going to climb the tops on the NE ridge, I believe. I walked back down to bealach, where I met a couple who had walked up from Crianlarich heading for Cruach Ardrain. Looking back at Beinn Tulaichean I then headed down to Inverlochlarig Glen and back to the farm, reached car 13.25. Thoroughly enjoyed my day on these hills even though I then got stuck on the loch road for a while when sheep were being herded along the road.

Like these hills, been up there couple of times. 3 attempts to get a cloud free Cruach Ardrain...