This was my first proper winter ascent of Lochanagar and had the place to myself. The Arctic blast to hit Britain was all over the news, and some sun was forecast by the Met for the summit so I knew it would be good - the colder the better please!

I climbed Lochnagar before in November a few years back and had a few snow flakes, but nothing mega, and lots of fog. Other times I've walked up Glas Alt Shiel in February and gone showshoeing on the 'flats' past the footbridge when there were deep drifts, but never summited.

This time I got an early(ish) start about 8:30am (after driving from home - was up at 4:30am). It was well below zero already at the bottom and I was the only car in the car park, so I thought right, this should be interesting.

On my route this time, having never seen the corries, I turned right past the visitors centre, up past Meikle Pap. Besides one wide stream crossing across ice-covered stones which was actually pretty hairy, it was going smoothly till I started ascending the ridge opposite Meikle Pap. I could hear the wind absolutely roaring over the tops long before I reached the top of the ridge - it sounded like a jet taking off. There had been some indications on the Met Office website of quite strong winds, but this sounded pretty impressive.

I continued to head up as the wind became increasingly assertive. Finally, a gust knocked me over - more of a strong, slow push rather than a violent knockdown, but my guard was up by this point, and I debated making a 180, but the day was still early and visibility was very good so I pressed on. I was wearing a 90l rucksack with 3ft snoeshoes strapped to the back, so I hardly cut an aerodynamic figure but I had both walking poles splayed out with each step.

I made another 20m upslope, and the same thing happened again - it was screaming out by this time but fortunately the gusts were pushing me towards gentler slopes and not towards the corries. I was nearly flattened a few more times trying to walk - I finally sheltered behind a large stone, stashed my walking poles away, check all zips and pockets so no loose gear or kit would get sucked out and disappear, and scrambled on all fours upslope for about 10 minutes until the main 'jetstream' rushing over the ridge started to dissipate. This was marginally better now, and I was glad I pushed on (I could just stand upright but hunched over), and I made it up to the corries with relative ease.

Ah, the corries - absolutely beautiful - what a sight in winter! Even with a fresh blast the night before, there was not really a huge amount of snow despite it being mid-January already - this winter has been disappointing in that regard so far. I never needed my snowshoes or crampons, but the temp must've been around -6 to -9C ambient and easily -20C or less with the windchill, so photos stops without gloves were limited in scope to prevent the hotaches when my fingers warmed back up.

I made it up to the summit cairn and sheltered on the lee side while I popped up every few minutes for some shots while admiring the frosty rime that coated every stone in sight. The wind here was quite a bit calmer than the beating I took along the ridge, so I decided to return down along Loch Muick on the leeward side of things.

There were no other walkers out, no other footsteps in the virgin snow, so I walked carefully to avoid any injuries since help was nowhere close. It was nice to be the only one on the hill though on such a fine day, windy spells notwithstanding.

I returned down Glas alt shiel, which was covered in thick, clear ice at lower elevations on the steepest part. This took some time to navigate carefully but I didn't need to stop and strap on crampons by gingerly moving around the worst stretches of it.

Once back down on the track along the loch, it was smooth sailing back to the car on tired legs - I haven't been up top in some time. I feel like I made good time (my moving time was 5:25, fairly fast considering conditions, stopped time was 1:39, spent longer than I thought taking photos and stops for kit adjustment, etc.). My total distance was 21.14km, not 19km as normally listed, so maybe worth bearing in mind. Not sure where the extra 2.1km came from, I stayed on the path the whole time with only slight deviations to avoid ice and the odd drift though I went a bit wide coming off the summit.

Hoping next time the snow is substantially deeper so I can break out the snowshoes...

PS - Photos not in Order! 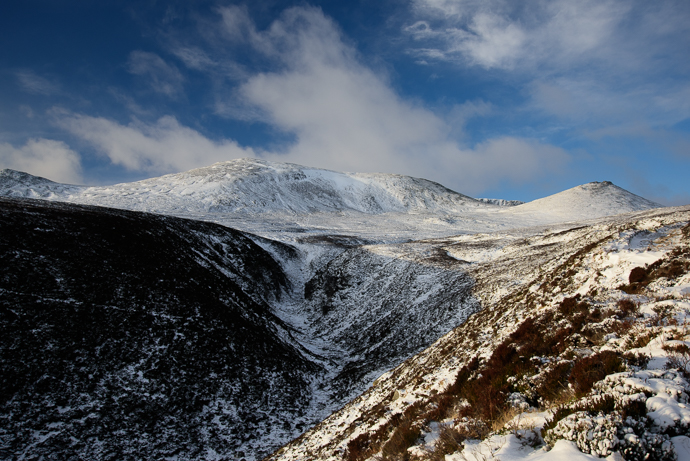 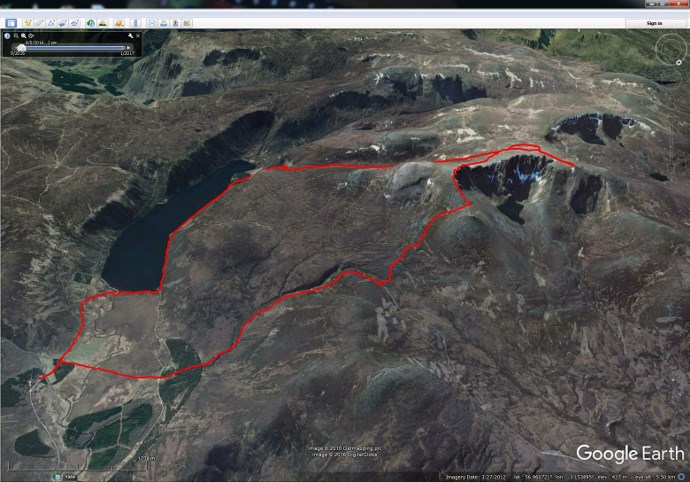 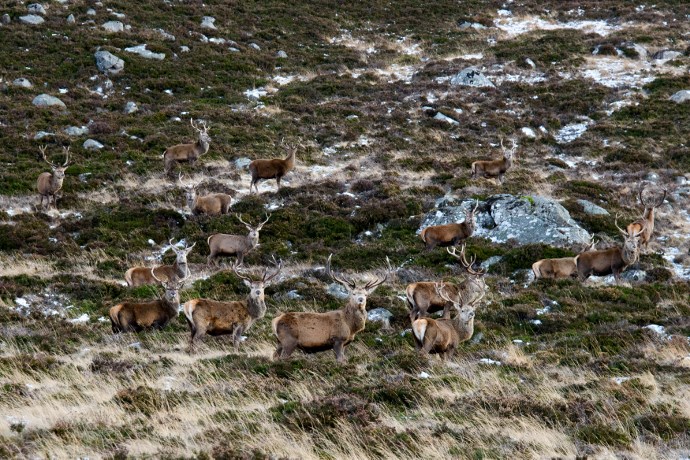 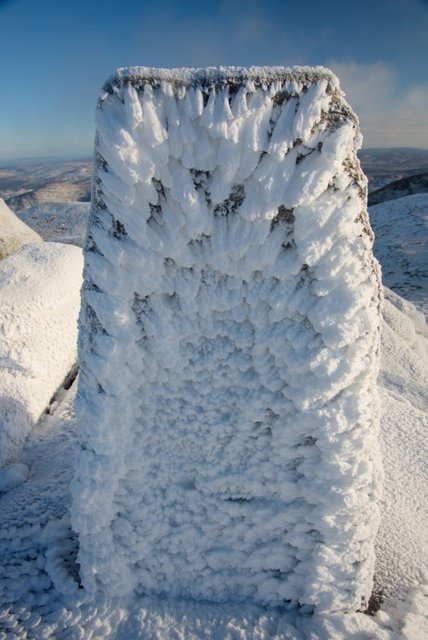 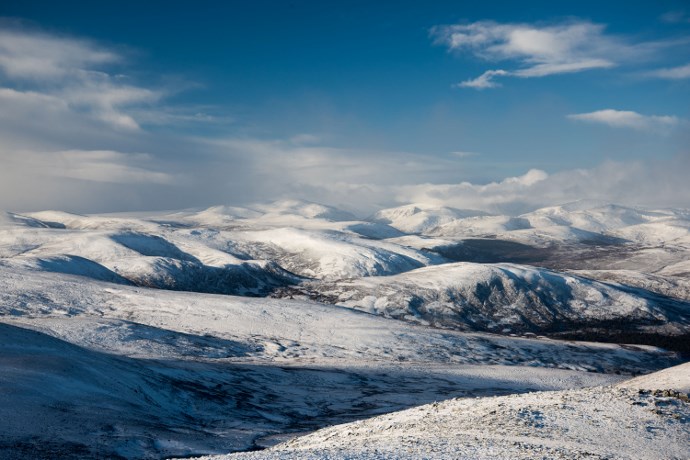 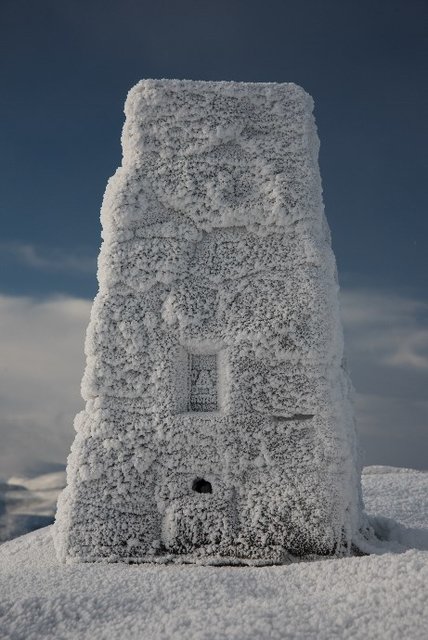 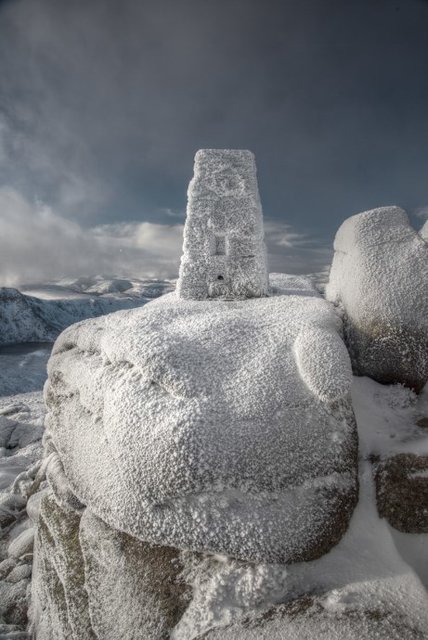 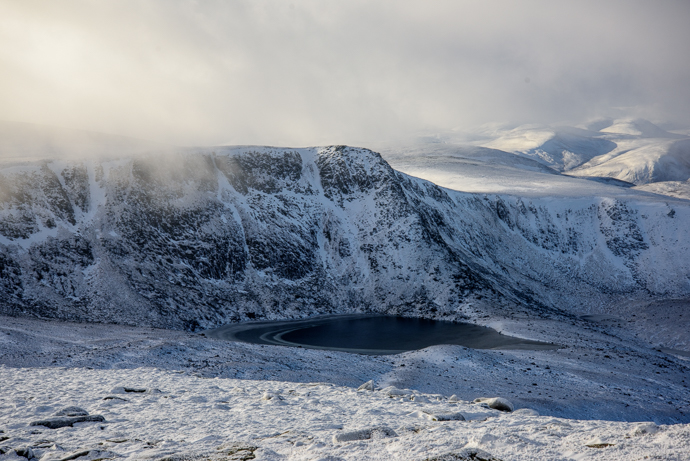 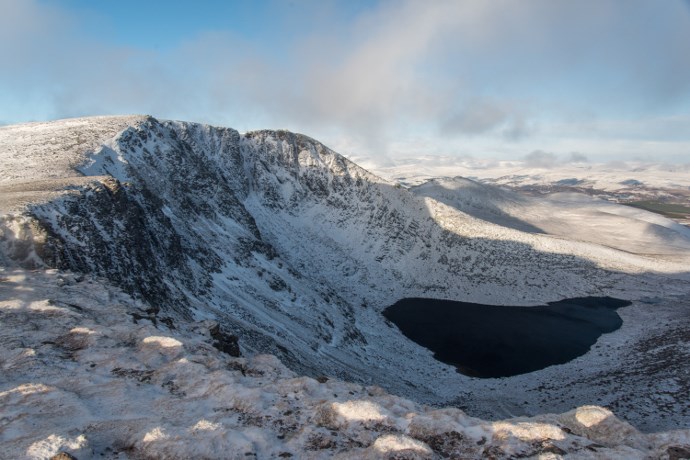 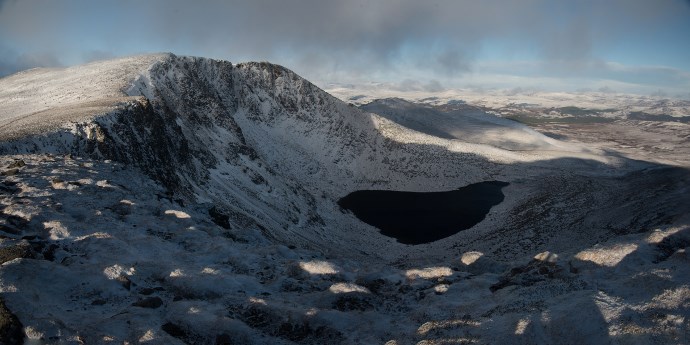 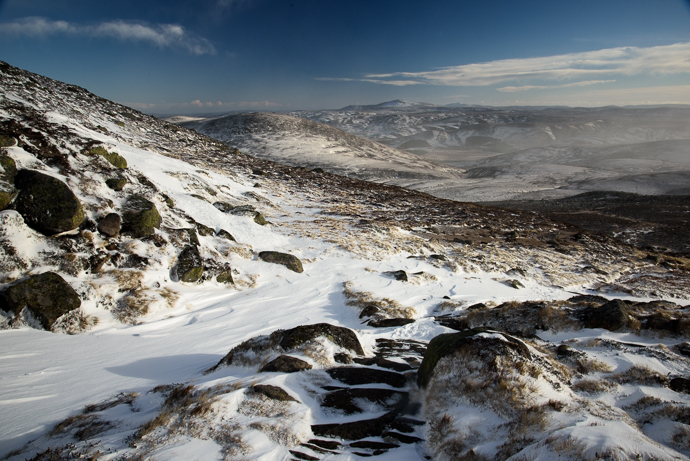 Users browsing this forum: Alan B, Owen b, Raclerdusate, Richard Martin and 60 guests