After some morning fun and games on Crock, the weather continued to brighten. Mount Blair was clear of cloud, so we thought it would make a nice quick afternoon blast. The snow melt made the drive a wee bit easier than earlier in the morning, so we soon arrived at the high point on the B951 and the gate marking the start of the track up to the top. The start of the Mount Blair ascent route

The plan was very straightforward—a cheese roll before and another one after, and walk to the top in between. So we left the car, crossed the gate, picked up the track and plodded straight up to the top. The snow cover was much more limited here, out in the open, than in the sheltered forest around Crock, so the going was fast.

There was a bit of a breeze at the top, but nothing too serious. The cloud level was about 800m, so the nearby Corbetts were almost clear; the Munros further north hidden in the murk. There were pockets of fog down in Glenshee, but further on, uninterrupted views to the Lomond Hills and the Ochils. N to the Glenshee hills 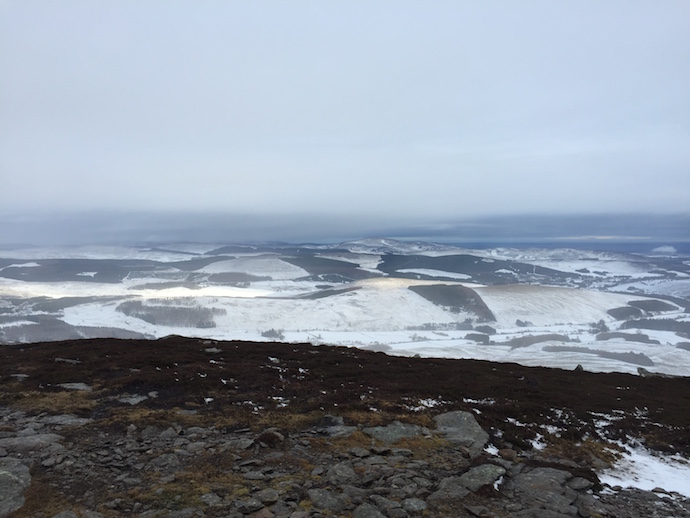 Looking E back to Crock and its neighbours

After taking in the view, inspecting the cairn, the phone mast and the viewfinder—which looked more like a jacuzzi as there was a huge puddle in the middle—we turned round and made our way straight back down the way we came.

A contrasting couple of hills, and a great way to spend a snowy January Sunday.

Scores points just for the title

We climbed this in May 1997 and for some reason kept looking around for Mount Prescott....and fixed on Crock (I think). Lot of ironmongery gone up since then.

Sgurr wrote:We climbed this in May 1997 and for some reason kept looking around for Mount Prescott....and fixed on Crock (I think). Lot of ironmongery gone up since then.

I was thinking about an Alastair Campbell-inspired title, until I came up with this one!