It was always my intention to tackle this hill from the West, with a start/finish point of the cattle grid at the high point of the unclassified road leading north from Roberton. This route's already described in Johnny Corbett's public report.

I didn't want to leave the dogs behind. On the other hand, taking them along raised concerns -

As it was, neither happened and it was as straightforward a walk as you could hope for. Up and down in 45m. There are several ATV tracks visible from the road but most seemed to disappear on the lower slopes. The ground here -soft anyway- has been poached up by cattle, with long grass overlying the occasional cowpat.

I ascended straight up the middle of the hill as its pictured below. On the descent, I followed the fence line further north (just out of sight on left hand side of picture). The walking here was easier.

Another couple were on the hill at the same time. They didn't seem too chatty. Even with each other. It was a novelty nonetheless to see other people on a Sub 2k. 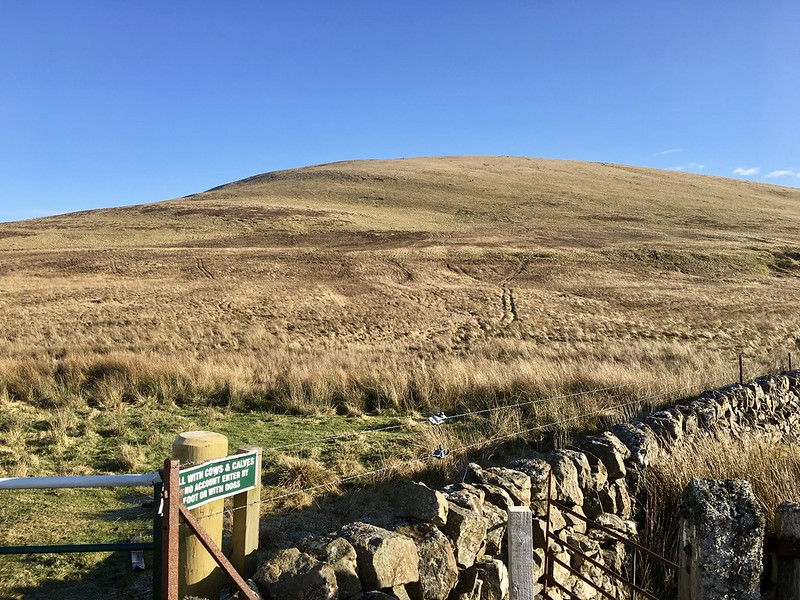 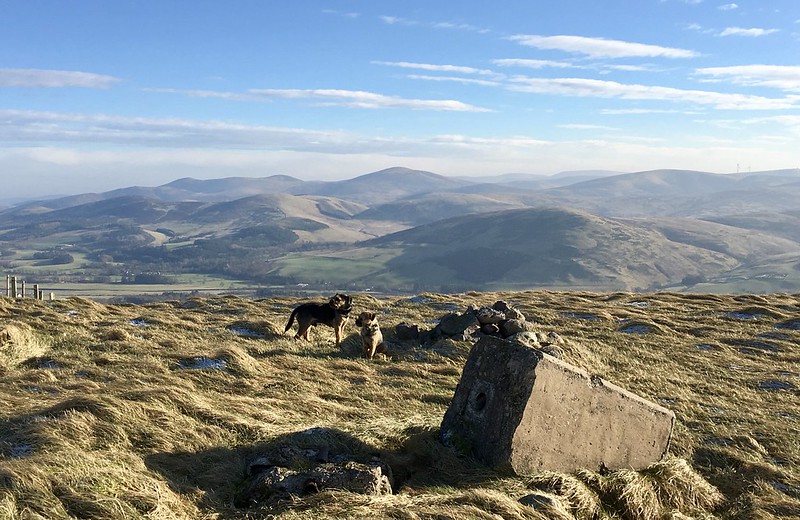 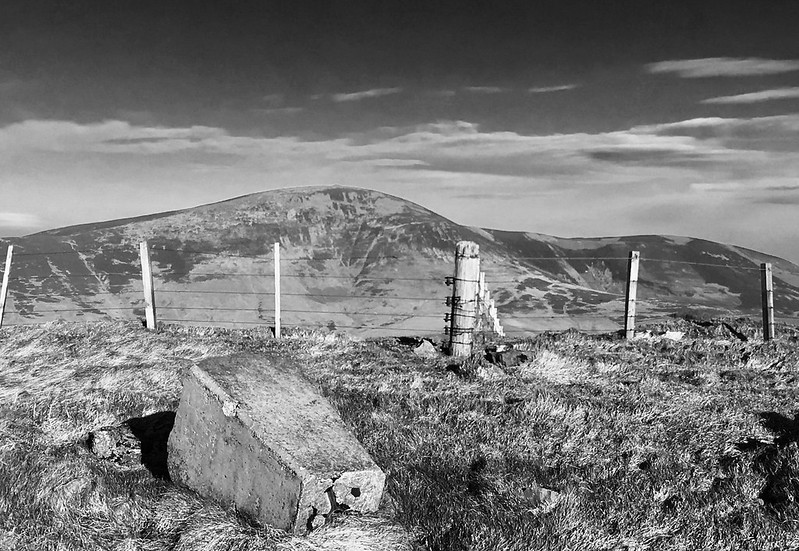