This trip was a bit of a last minute decision which meant I was on my own.
The road to Inverlochlarig is narrow and twisty and given it was snow covered a bit of care was needed to make sure that I actually stayed on the road 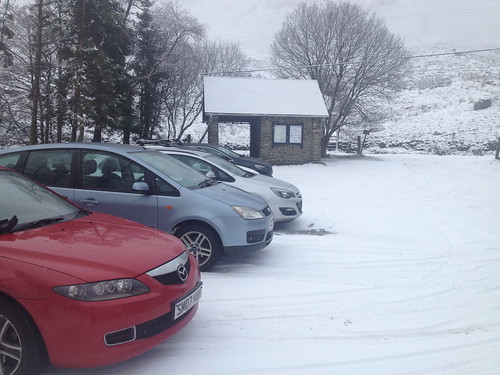 There were a few cars already in the car park and there were a number of footprints in the snow heading to the farm houses at Inverlochlarig.

Passing through the farm buildings I was greeted by a couple of friendly black labradors and spent a few minutes passing the day with the old farmer who was feeding some horses.

Once on the track heading up the glen I picked a spot on the hill and headed off the track earlier than the other foot prints. Despite the snow it did not feel that cold and I quickly put back in my sack my hardshell and wooly hat. The lack of wind in the glen would turn out to be in sharp contrast with the hooley blowing on the summits. 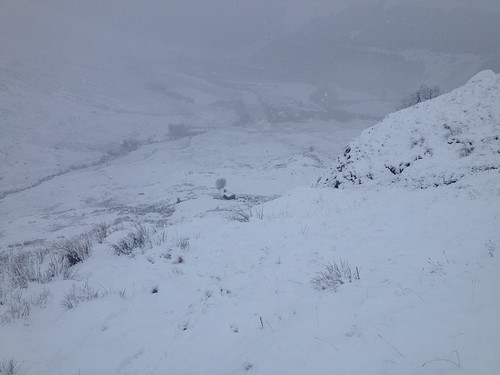 I'm always amazed that on a hill where there are no tracks how even where the starting point is slightly different, the tracks people take invariably converge. So it was today. Shortly after crossing over a fence I found fresh footprints that looked to be heading for the same point as I have spotted in the distance.

Once on the shoulder of Beinn Tulaichearn I spotted a couple of walkers a little distance in front of me. I caught up with them as they had stopped to eat a sandwich. I spent a minute to have a drink and then pressed on. It did not take long to come across another set of footprints, but the visibility was reducing with each meter climbed and the wind was also starting to pick up.

At the summit of Beinn Tulaichearn there was anther walker just getting rear to set off again. He'd climbed Cruach Ardrain first and was now on his way down. 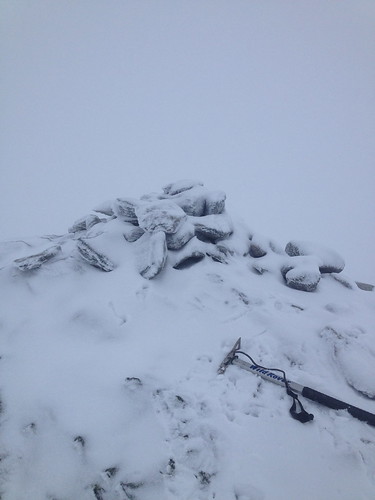 At the summit with no view to be had 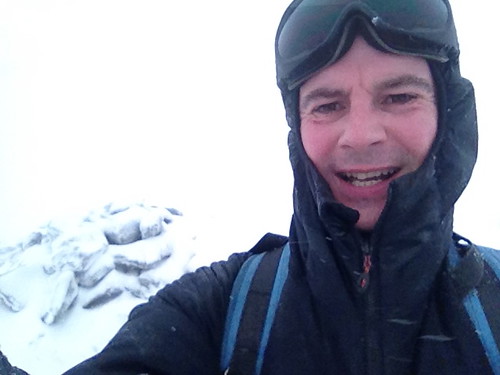 Selfie at the summit.

I did not stay at the summit long before heading off to Cruach Ardrain. Despite the other walker have just come from the other summit the wind whipping over the top obliterated most traces that he'd ever been there. Once on the ascent of Cruach Ardrain I met a guy coming down. It was probably his footprints I'd followed early on rather than the two boys I passed earlier who were eating lunch. He told me the conditions on the top were worse than on Tulaichearn but that it would only take another 20 mins to get there.

The following 20 mins (I never actually counted) were the longest I've experienced in a long time. Every so often I'd pick up what was clearly the track only for it to disappear again and a sense of disorientation come over me. I pressed on in search of the summit. 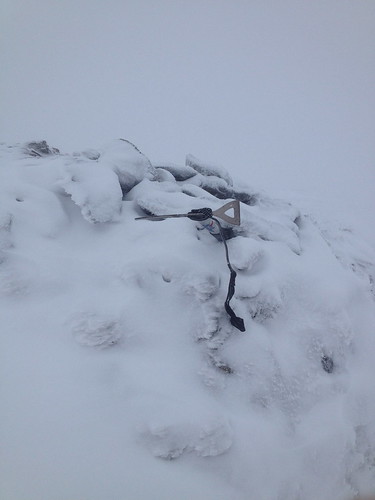 I eventually found what I think/hope was the summit took a quick photo of myself and headed back the way I'd come. 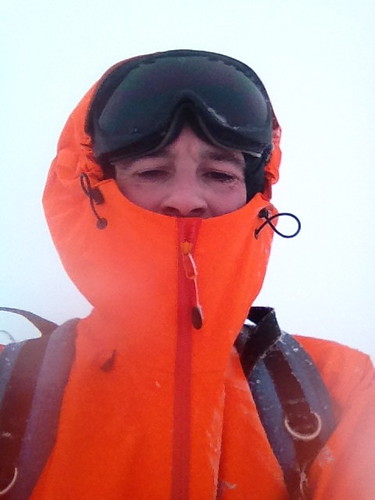 It was hard event to find my own tracks and I kept finding and then loosing the tack (such as it is). I passed a group of three heading up, sorely followed by the two (lunch) boys.

The lack of visibility was becoming uncomfortable and I reckoned I was close enough to the bealach to drop down into the glen. 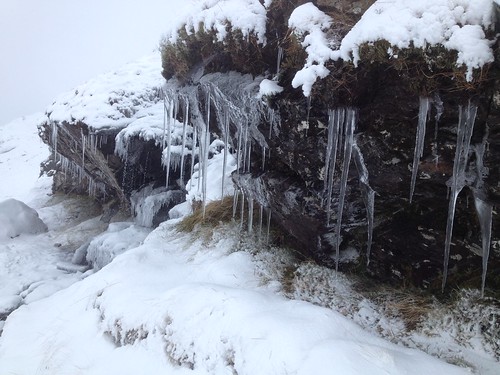 On various rocky outcrops there were some great icicles and given the lack of any kind of view I thought they would make a good photo.

Having lost some height the visibility improved and I spotted some rocks to head for. Once again I came across another walkers tacks that were heading in the same direction as myself and I followed these down to the track that follows the Inverlochlarig burn. Once on the glen floor the snow had become softer and by the time I got back to the car park the snow had broken. I was glad about this as I had worried a little about getting my car out!