Had been planning to do this one for ages, and since Scotland was having a spell of good weather, decided Saturday was the day. So with younger brother in tow, we left Stirling at 6.30 and were out on the hill at 8.15. There was already a group in the car park (we parted near Allt na Reigh) waiting for their friends to arrive; they were lucky enough to have a 2 car option. We were doing it the hard way (!) with one car.

Route ascends quicly and we soon reached Meall Dearg and got our first sight of the ridge. Thanks to the various reports on here we knew what to expect. I was mad keen to crack on, but my bro took pause for thought as he suffers from vertigo. "It'll be fine", I lied, and off we went.

Obviously once you start there is no way off, so looking back I don't recall being particularly scared, as I knew I had to get to the other side anyway. We took it really slow - and were overtaken by about three parties. Going up was fine, but did a lot of going down on my butt, like a one year old going down stairs. On the more exposed tops I also managed to leave my dignity behind by scuttling about on all fours, not wanting to stand up.
After the crazy pinnacles, the walk becomes relatively straightforward, although being 'emotionally exhausted' I found the pulls up to Stob Coire Leith and Sgorr nam Fiannaidh took it out of me.

I had originally planned to head directly South from SnF but didn't fancy the look of steep scree slopes. There were people descending on it, but discretion being the better part of valour, we decided not to push our luck as the mountain gods had smiled on us so far.
Putting the large detour (and long walk back to the car from Glencoe) to the back of our minds we started the long descent. Cracking views of Loch Linnhe.

It took us 6.5 hours from the start to hit to road near Glencoe village. The walk back to the car took a further hour and a half. Because we had though we;d be coming back a more direct route, we had both left out wallets in the car, so couldn't even have a pint at the Clachaig. Also at this point my brother asked why we hadn't asked if we could have followed the guys we met first thing, left our car with theirs and cadged a lift back to the start. Doh!

Finally back at the car we met two people who we had met on the ridge earlier, but were doing it Eastwards. Since I am such a great guy(!) we gave them a run back to Glencoe. By which point despite my thirst I figured we'd best hit the road. Stopped briefly at a very busy Green Welly for water then a reasonably clear road got us home for 7pm.
Unforgettable day. For what it's worth, my sage advice would be (1) don't look down and (2) don't think too hard about what you are doing. Just keep reaching for the next hand hold... 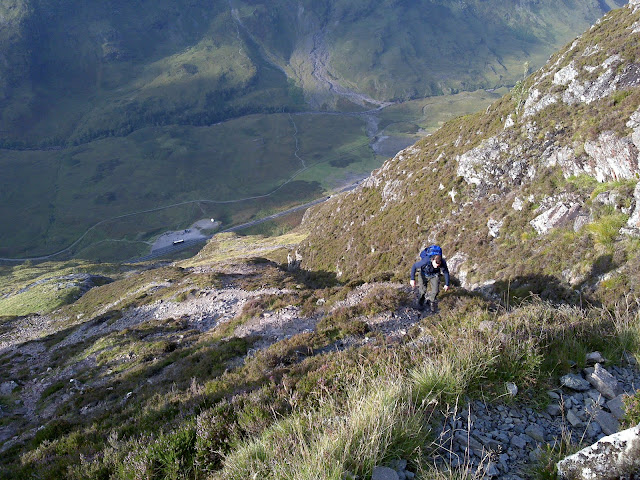 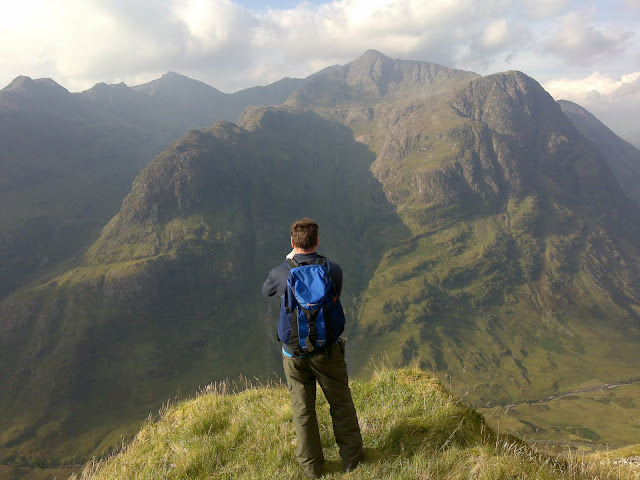 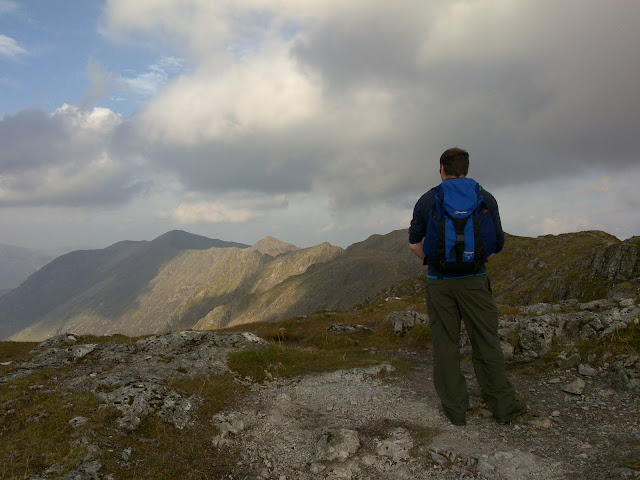 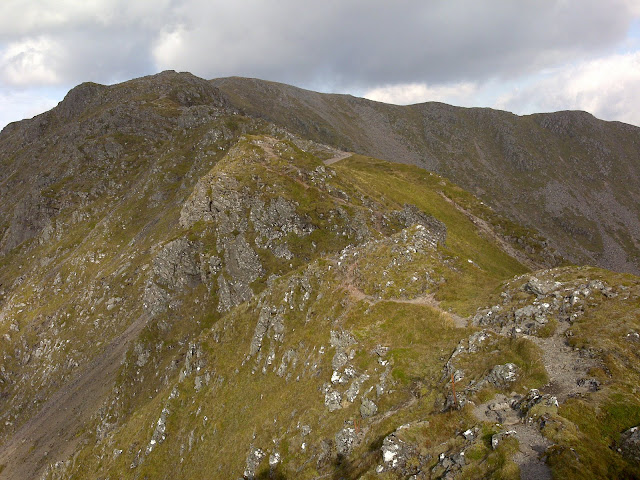 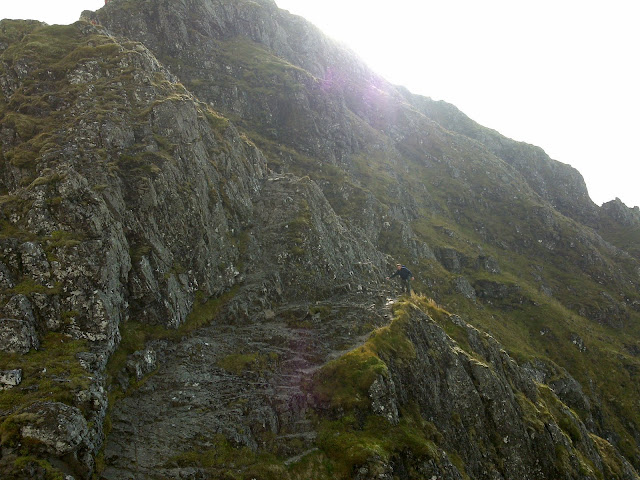 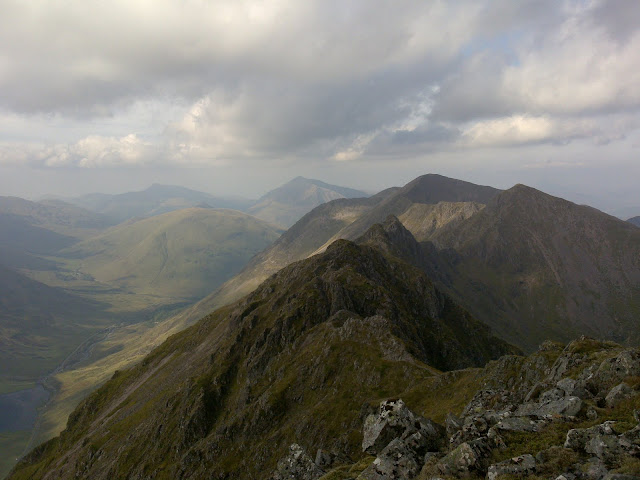 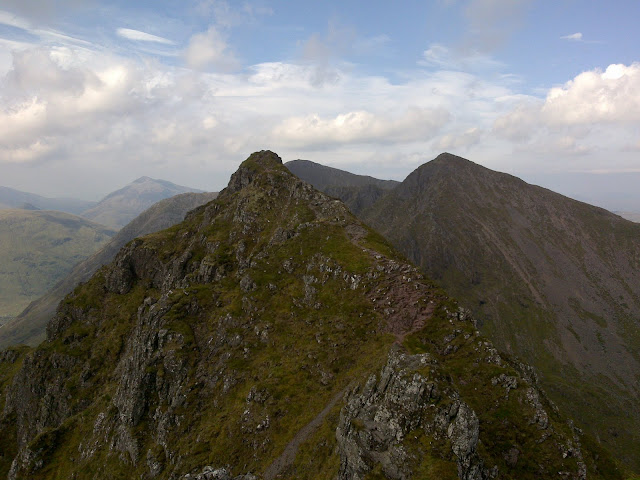 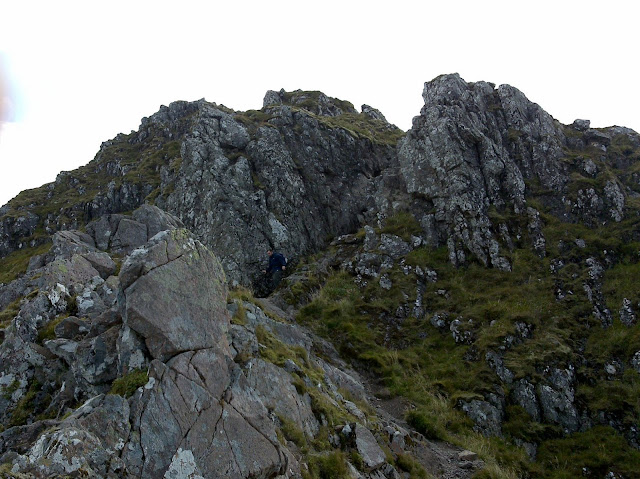 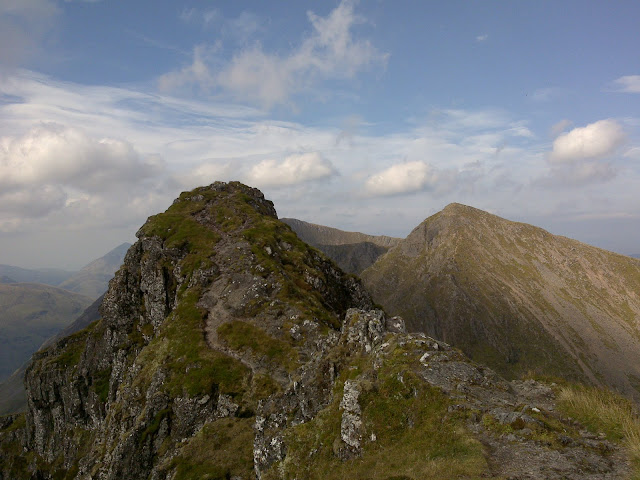 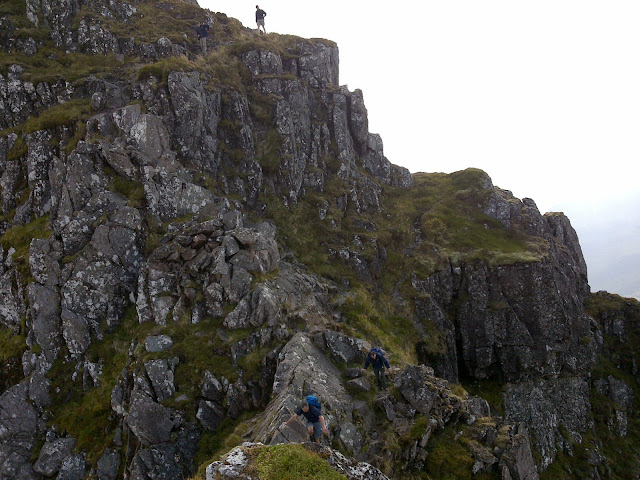 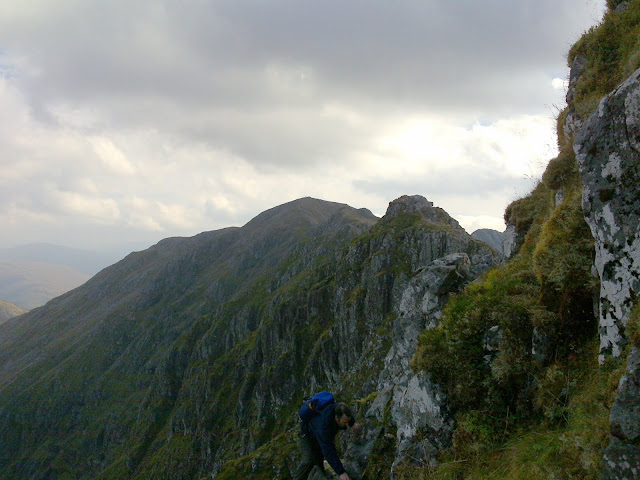 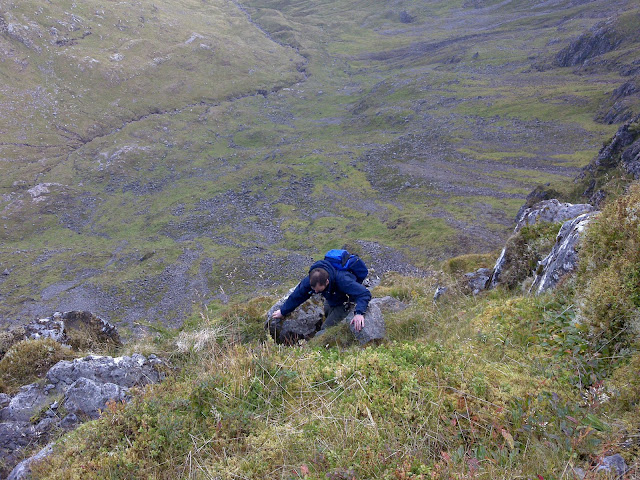 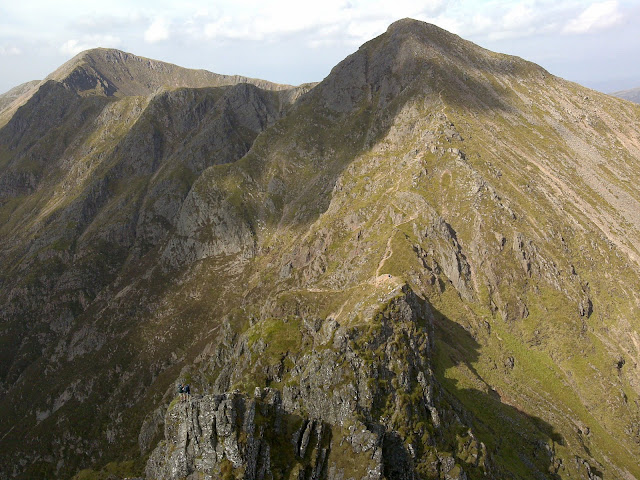 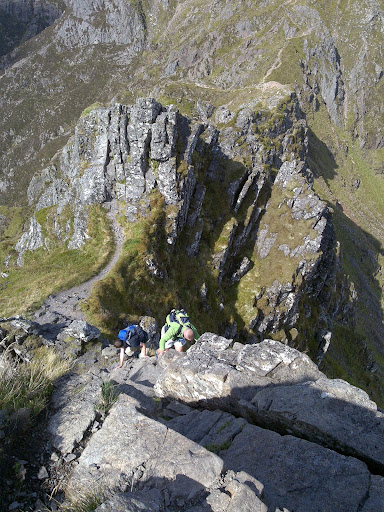 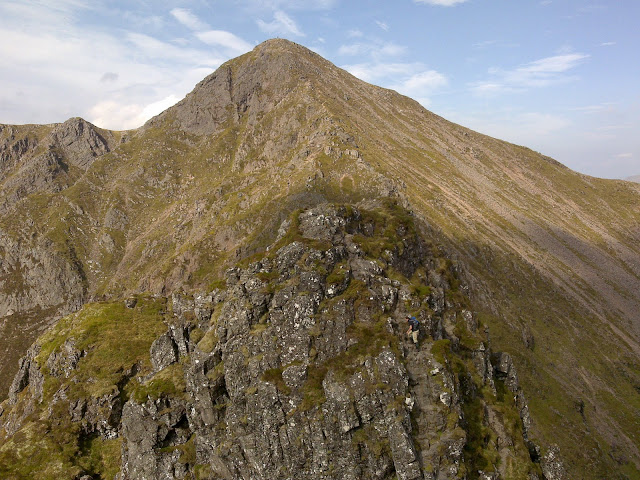 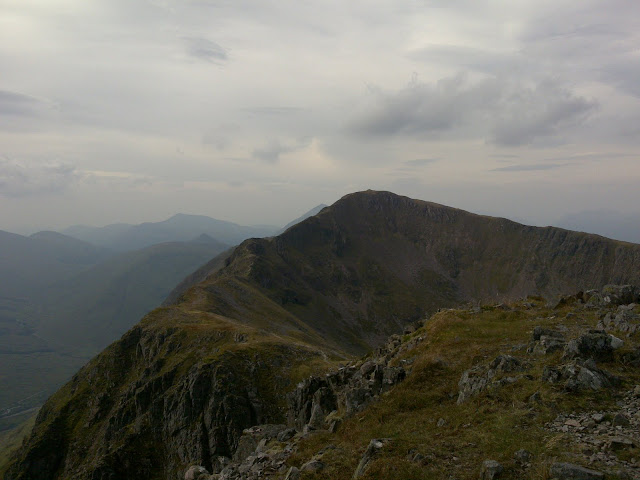 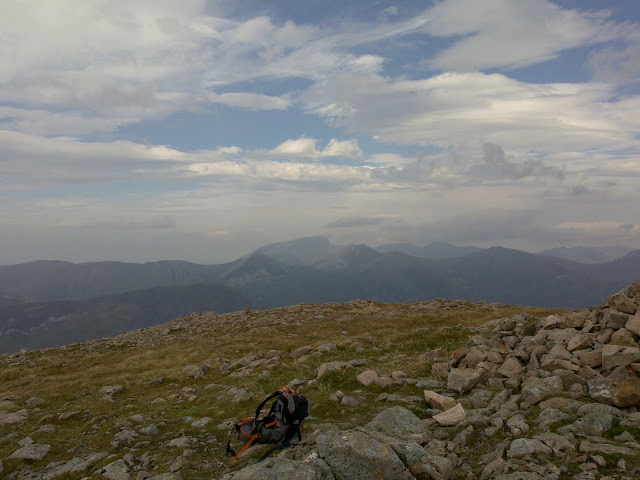 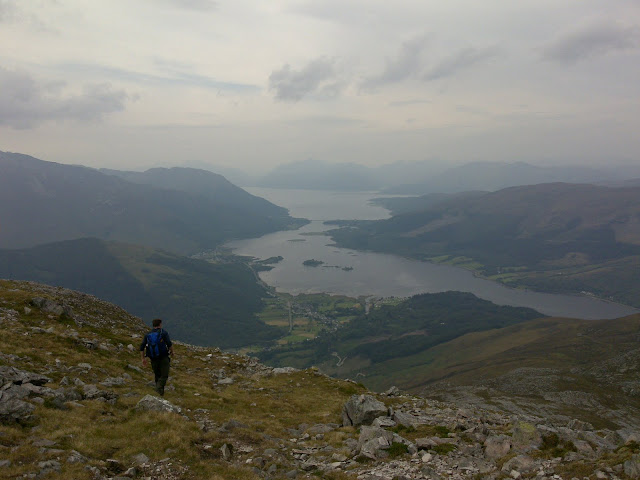 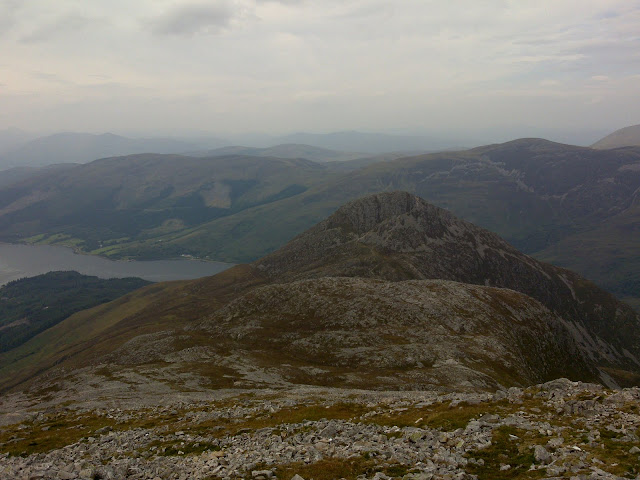 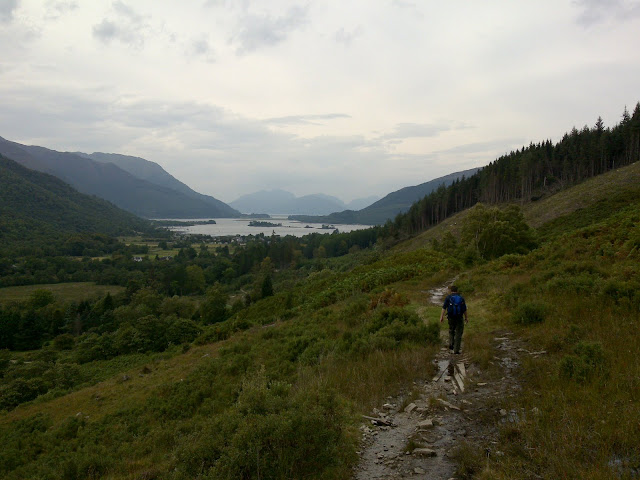 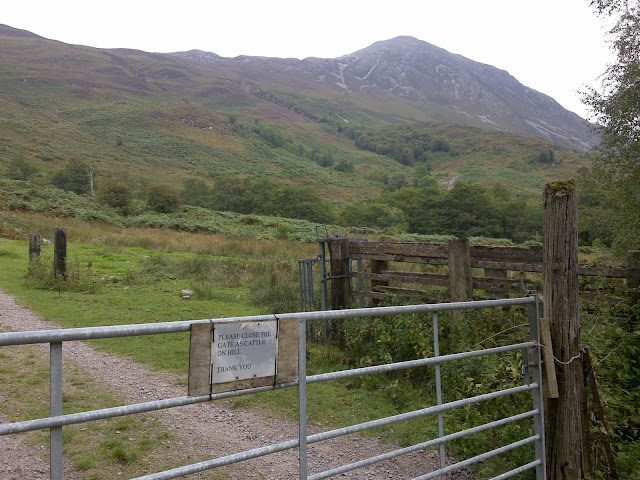 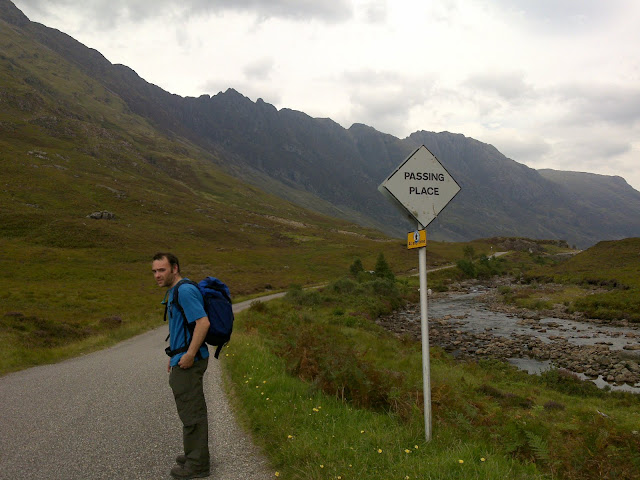 Cant see your pictures for some reason, might be me though. Thats good advice about just taking it one hand/foot hold at a time. I had to do that at the bits when i felt uncomfortable. Spent quite a bit of the downclimbs on my backside as well. Glad to see you enjoyed it though, it really does live up to its reputation.

I can see your pictures now, not sure what was wrong before. Youve got some really good ones especially of the middle section.
Last edited by kw1980 on Thu Sep 09, 2010 4:43 pm, edited 1 time in total.

Enjoyed reading your report. We done the Aonach Eagach on the Friday there. The weather was perfect. Hardly a cloud in the sky.

We took the descent to Clachaig (which wasn't much fun , even in good weather) and got a taxi to the start. Next time I'll be coming back along the ridge to the start.

Great pictures. Still waiting for a report with pictures of the ridge looking non-scary.

Maybe when enough people have walked it they will erode it to a nice flat stroll and I will be able to do it.

I'm hoping that one day I'll be able to attempt that walk even if I have to do it on all fours..lol

Good report and essential information on the logistics of transport and also making sure that a visit to the pub is in the planning. So preparation is everything!

Really excellent pics. I did the ridge last year (for the third time) in reverse, West to East for a change. It's strange how you get the impression that you're traversing in a reasonably straight line when you're up there. This picture I took from near Sgorr nam Fiannaidh tells quite a different story. Well done mate. Can't wait to get myself up there sometime. Looks like you got a good day for it too.