A Couple of Graham's - "Simples"

A Couple of Graham's - "Simples"

This couple of hills fitted the bill rather well, as I had a spare morning to get some fresh air.
I had a pretty good idea where they were as the Perth to Crieff road has been a regular route on my travels west and north west.
I had a look at a couple of WR's and was basing my timings on the one and only 'Rodmeister', so I told Mrs F I would be back in 4 hours, an hour each way driving and a couple of hours walking - Rod completed the route in a shade over 2 hours and I reckoned I would be able to match that

I also notice that Rod parked in Amulree, I was a wee bit cheeky and parked at the farm entrance as in my opinion there is loads of room - if you park carefully, so that would knock 15 minutes off

Set off just before 9.30am and the temperature was a balmy 8 deg in the middle of February and at just over 200m, so the fleece and gloves were not needed and stayed in my rucksack. 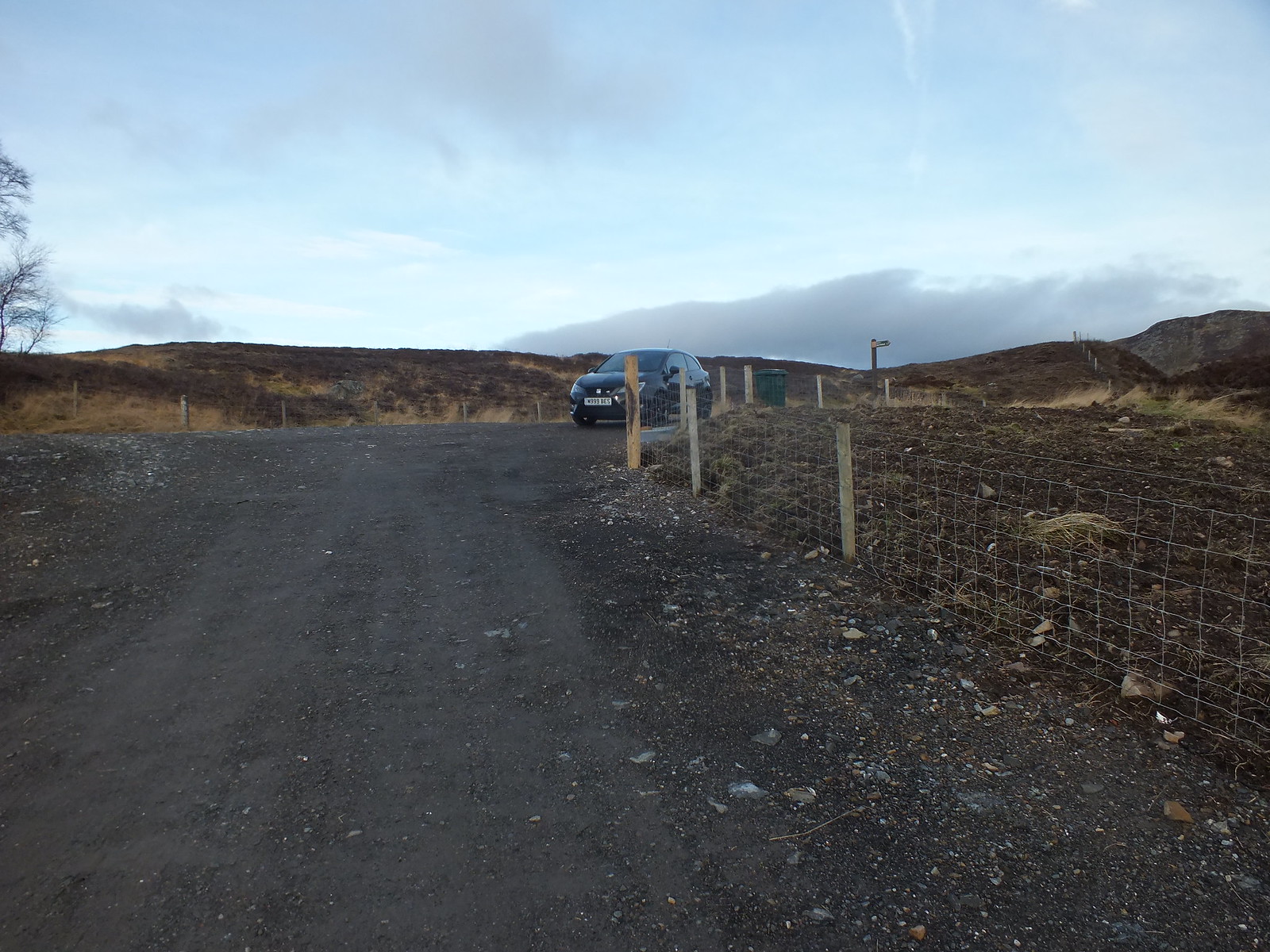 Was planning to park in Amulree, but a few spaces available at the start of the track so opted to occupy one 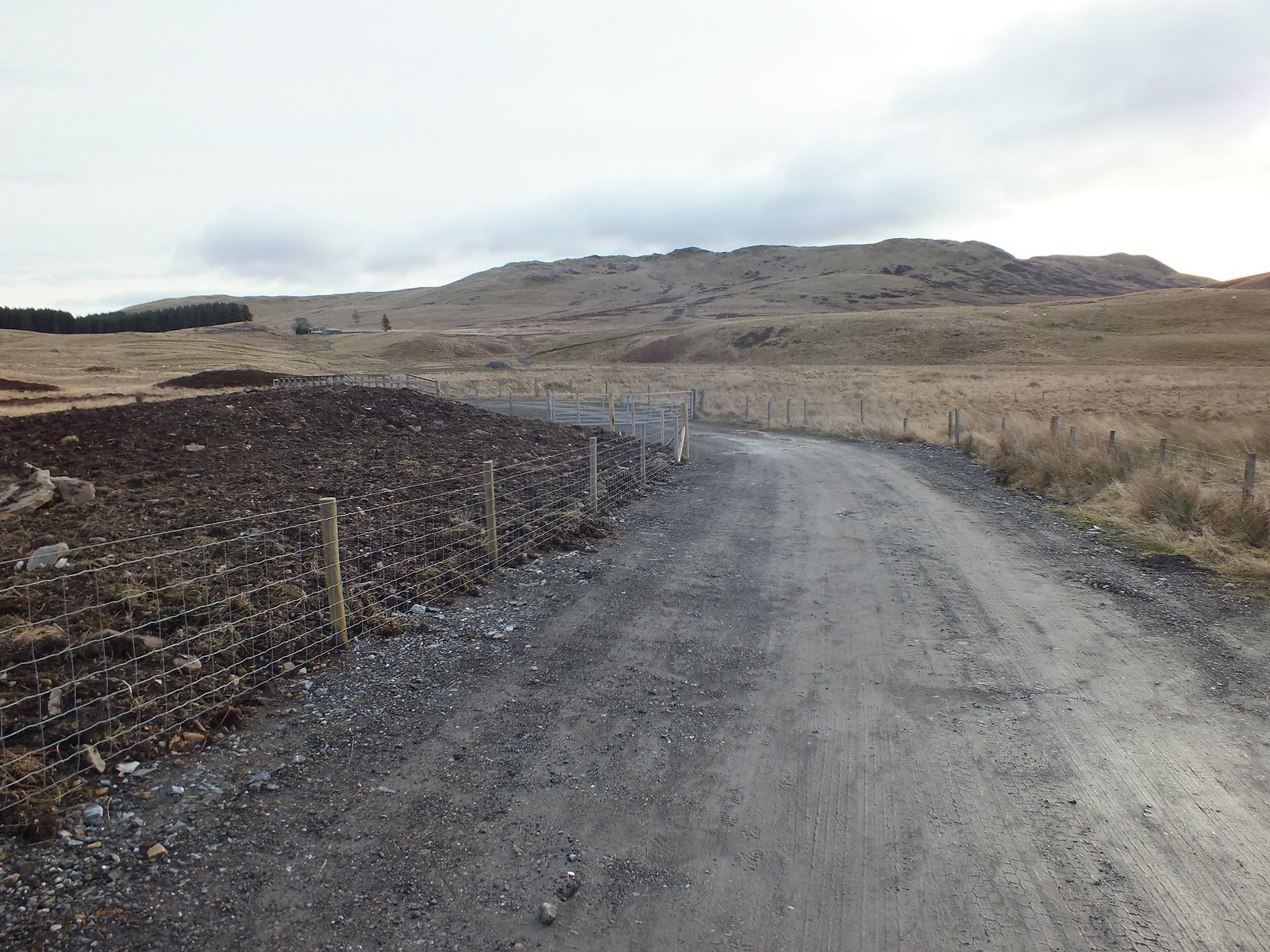 Wide track to start off

My plan was to follow the track as far as I could to the bealach, once there I was planning to follow the fence that goes directly up both hills. I reached the bealach after about 45 mins and opted to take on Meall nan Caorach first for no particular reason. I was struggling a bit on the ascent due to being unfit but was soon on the summit. It was a bit blowy but for a change I could actually see the surrounding countryside 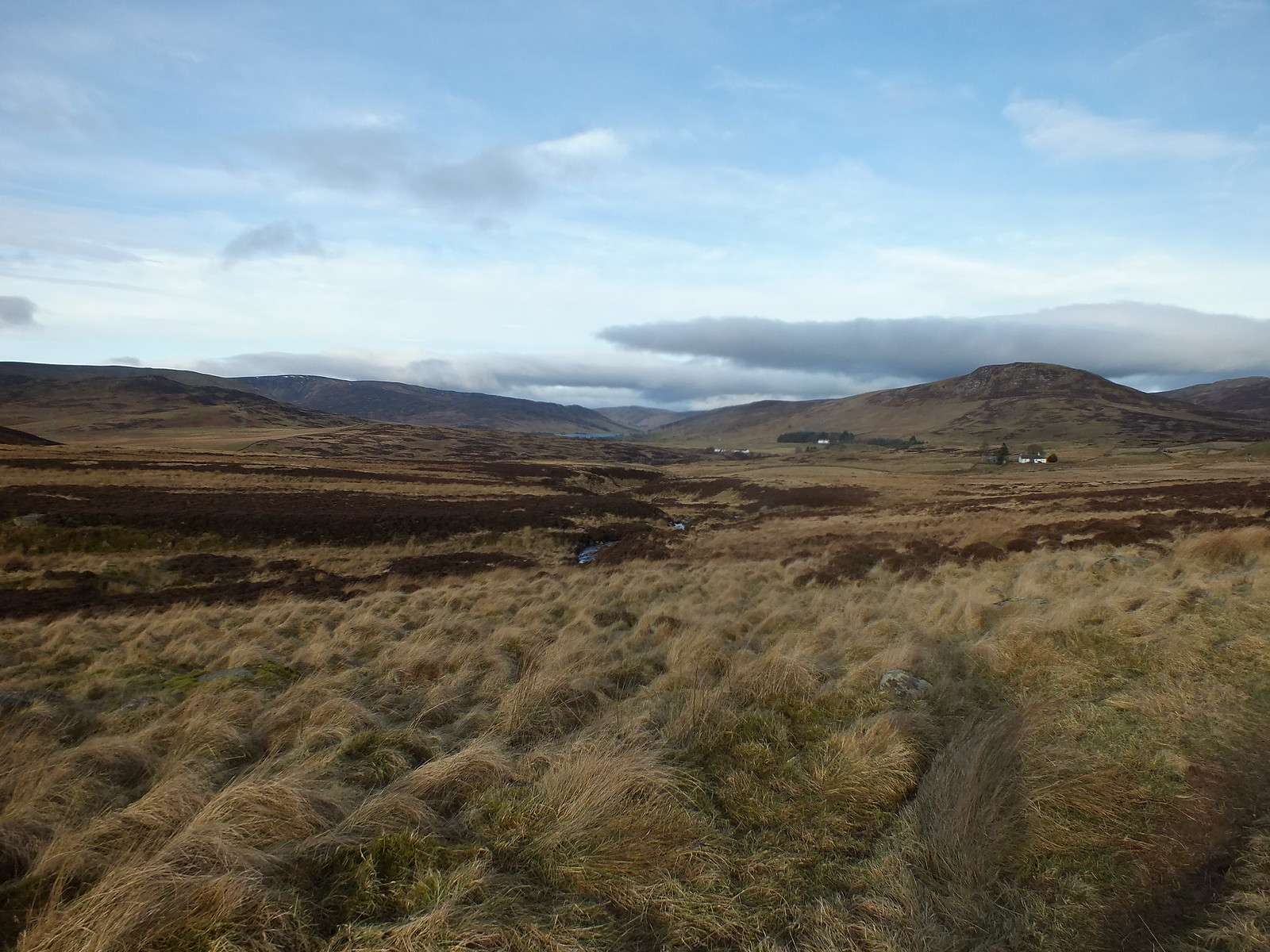 Low level look back to the start 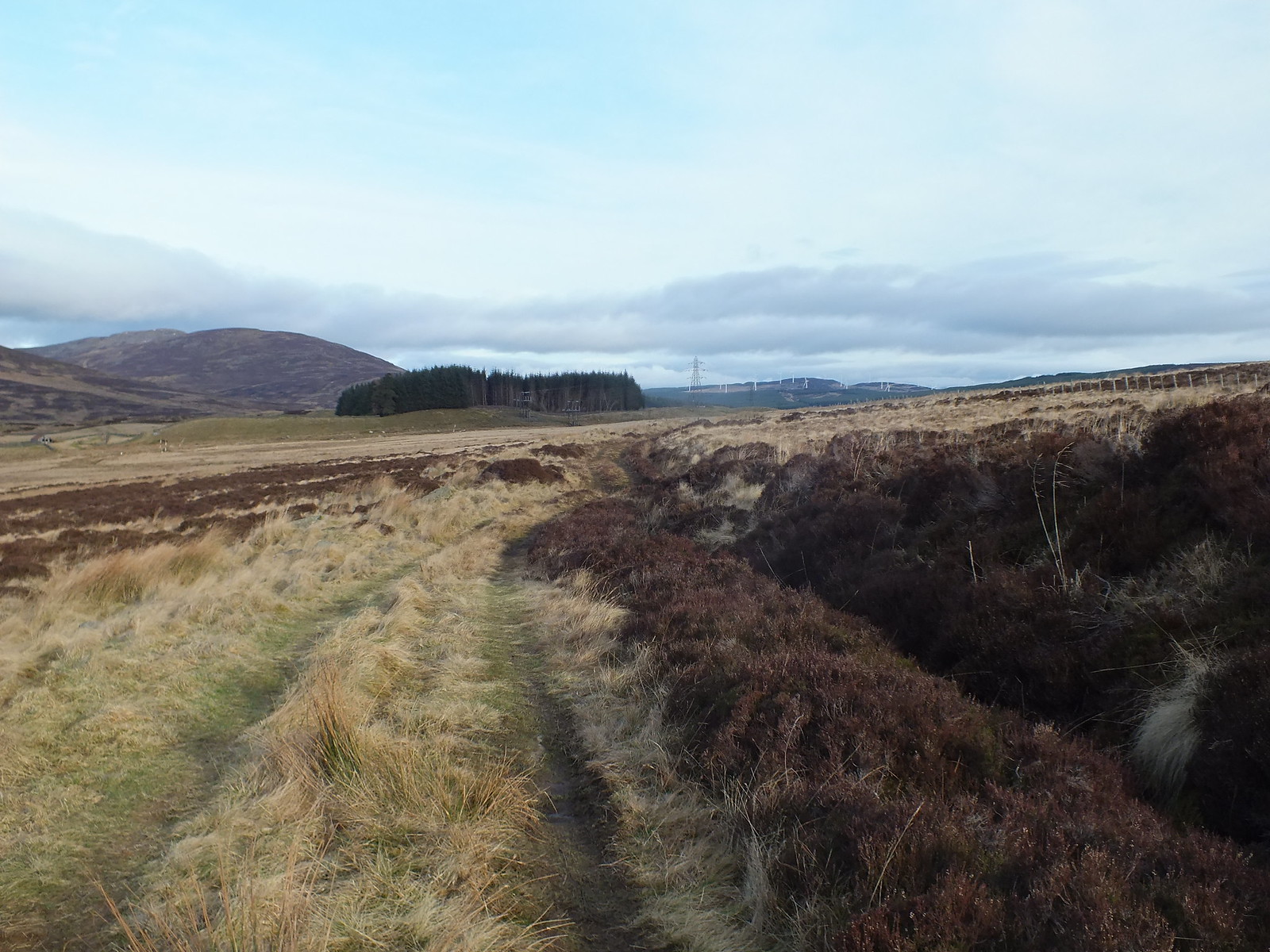 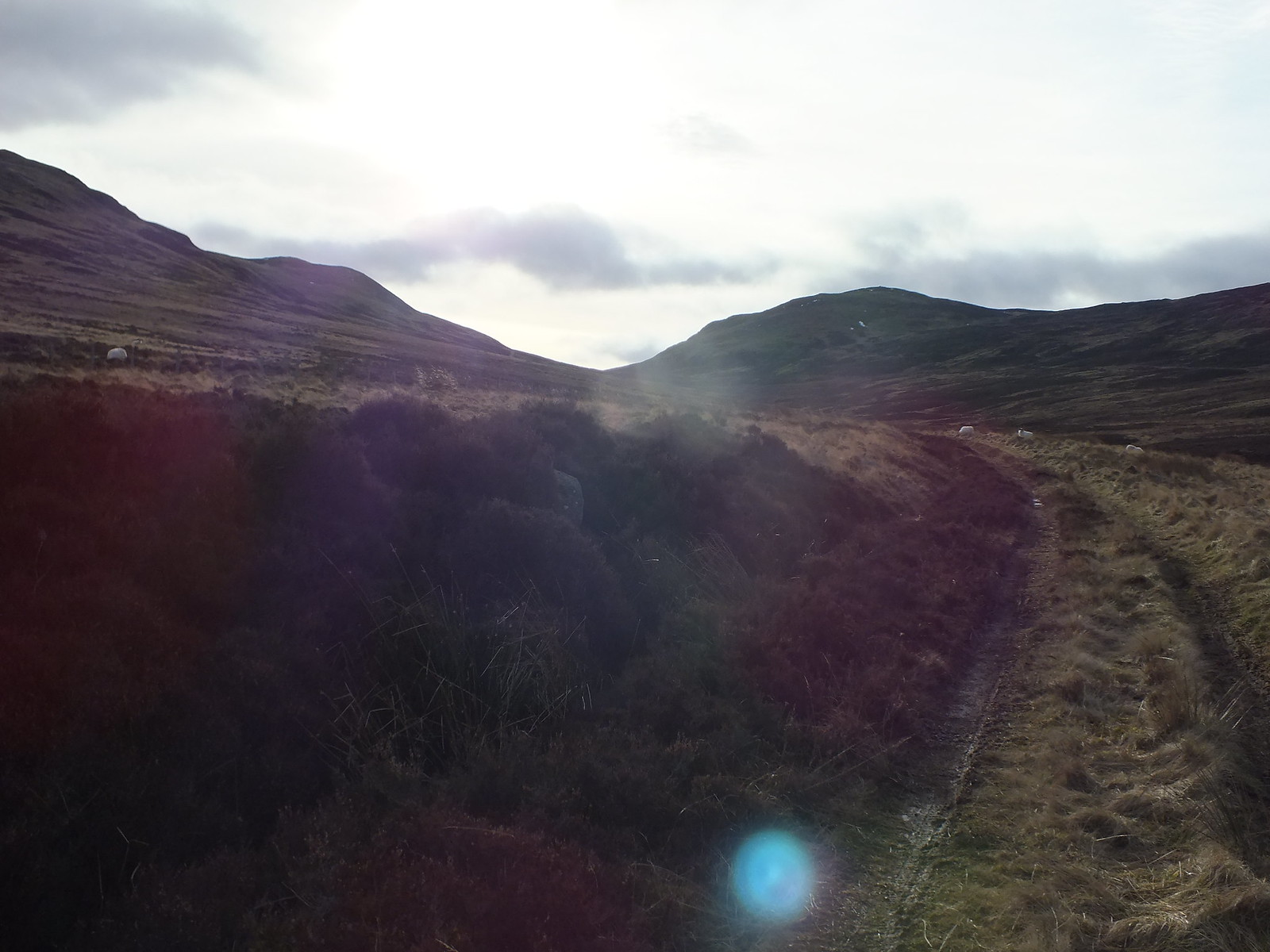 Looking into the sun, todays targets 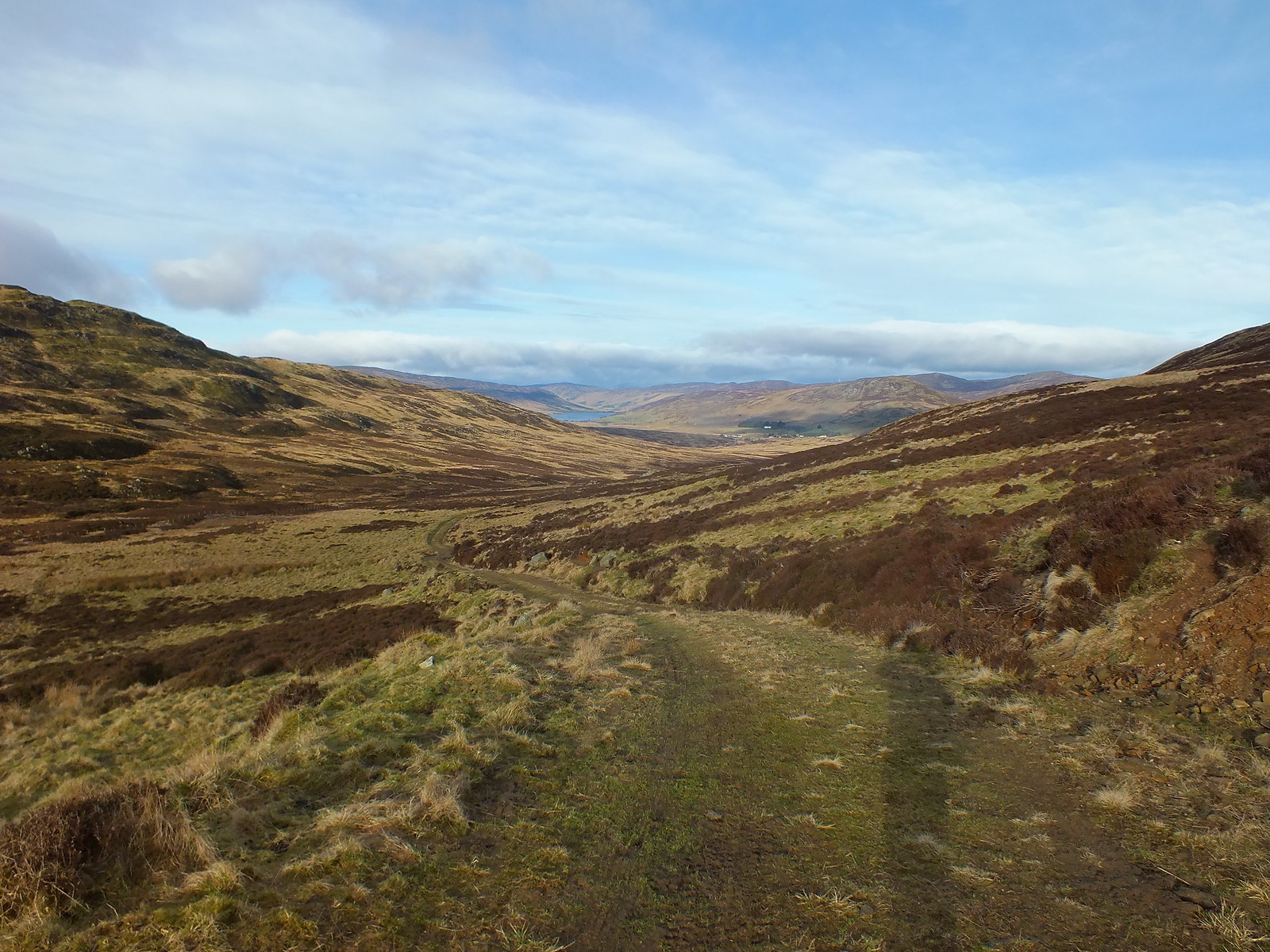 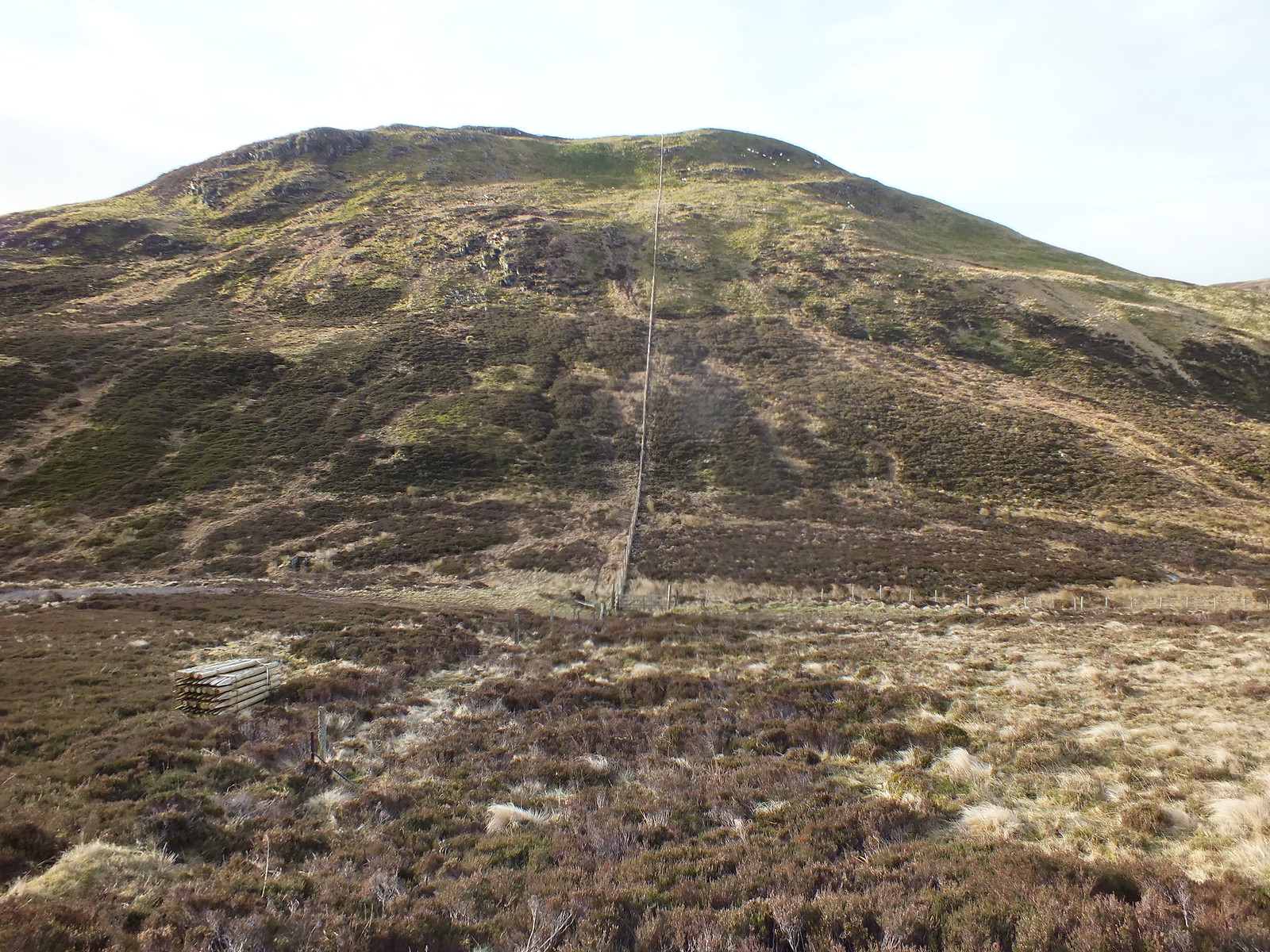 Looking across to the new fence going up Meall Reamhar 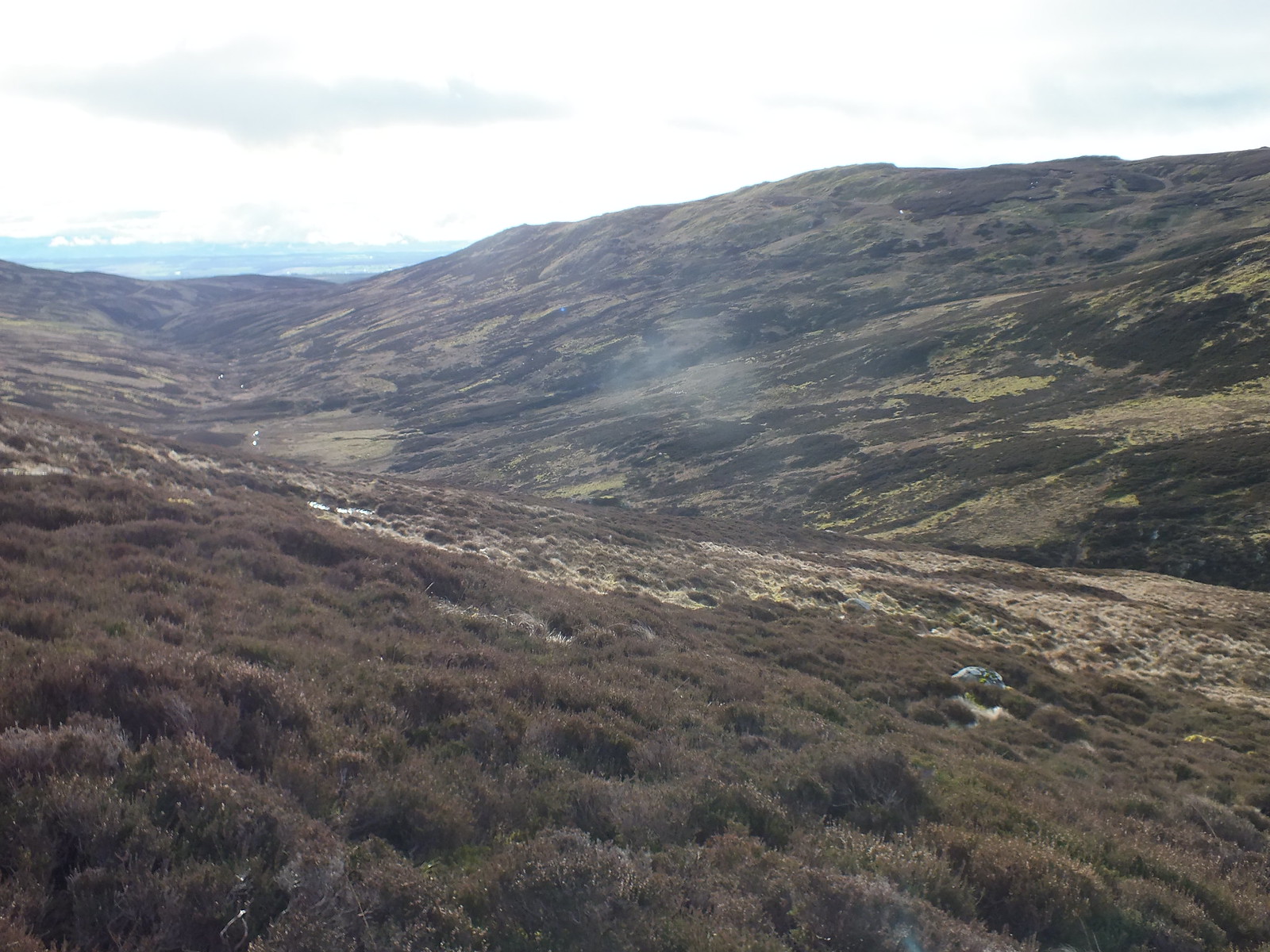 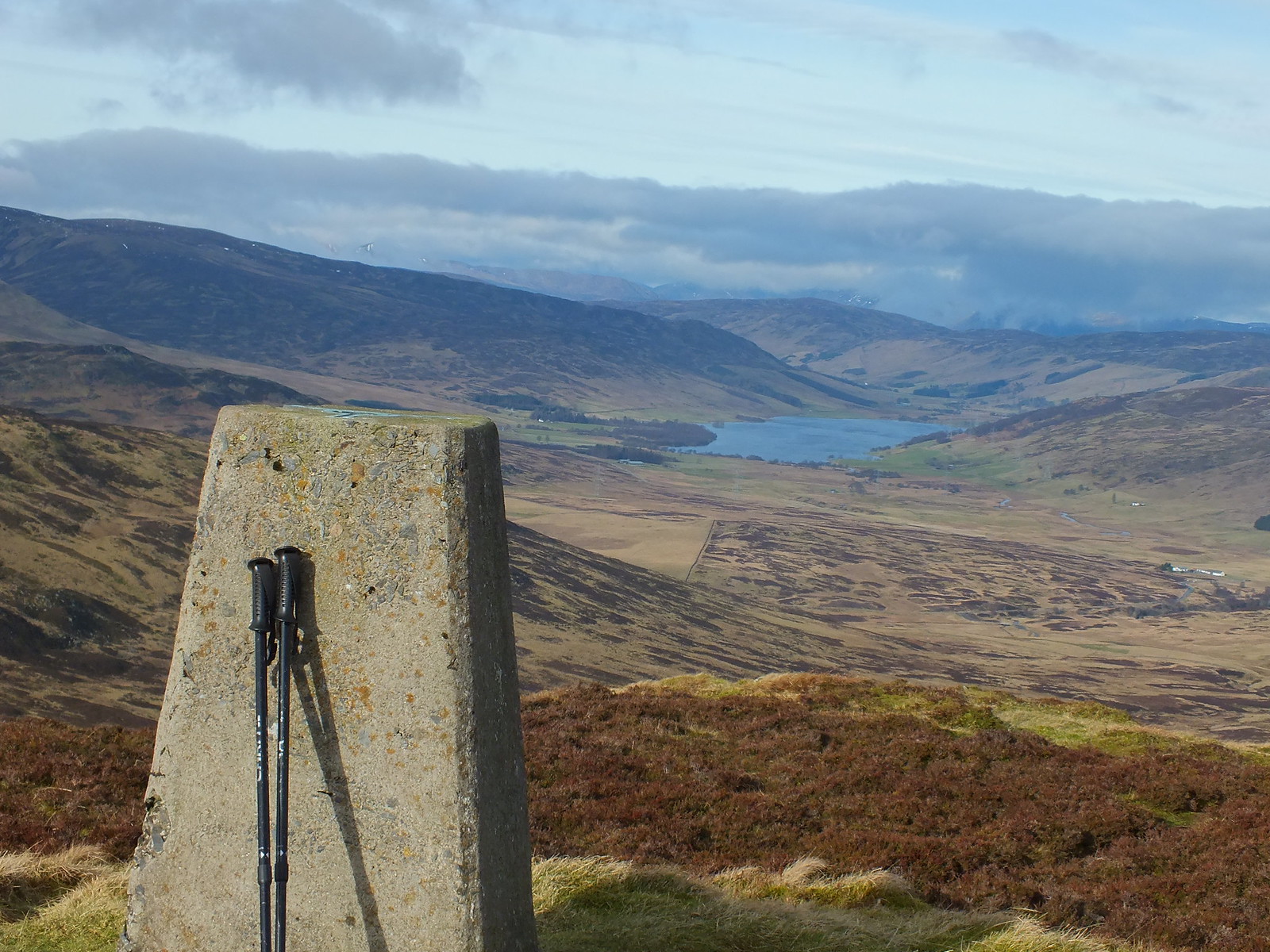 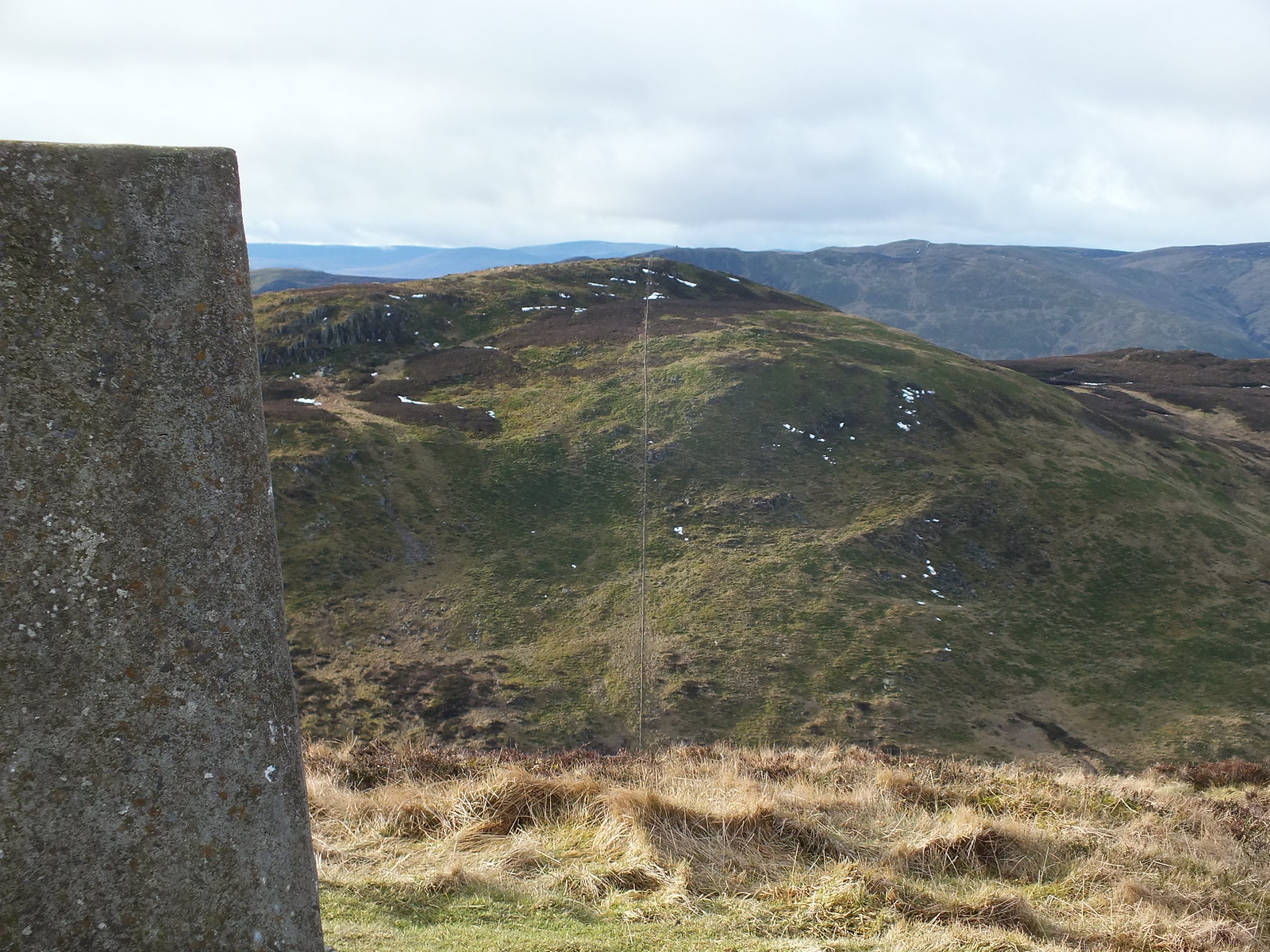 Looking SW towards the next summit 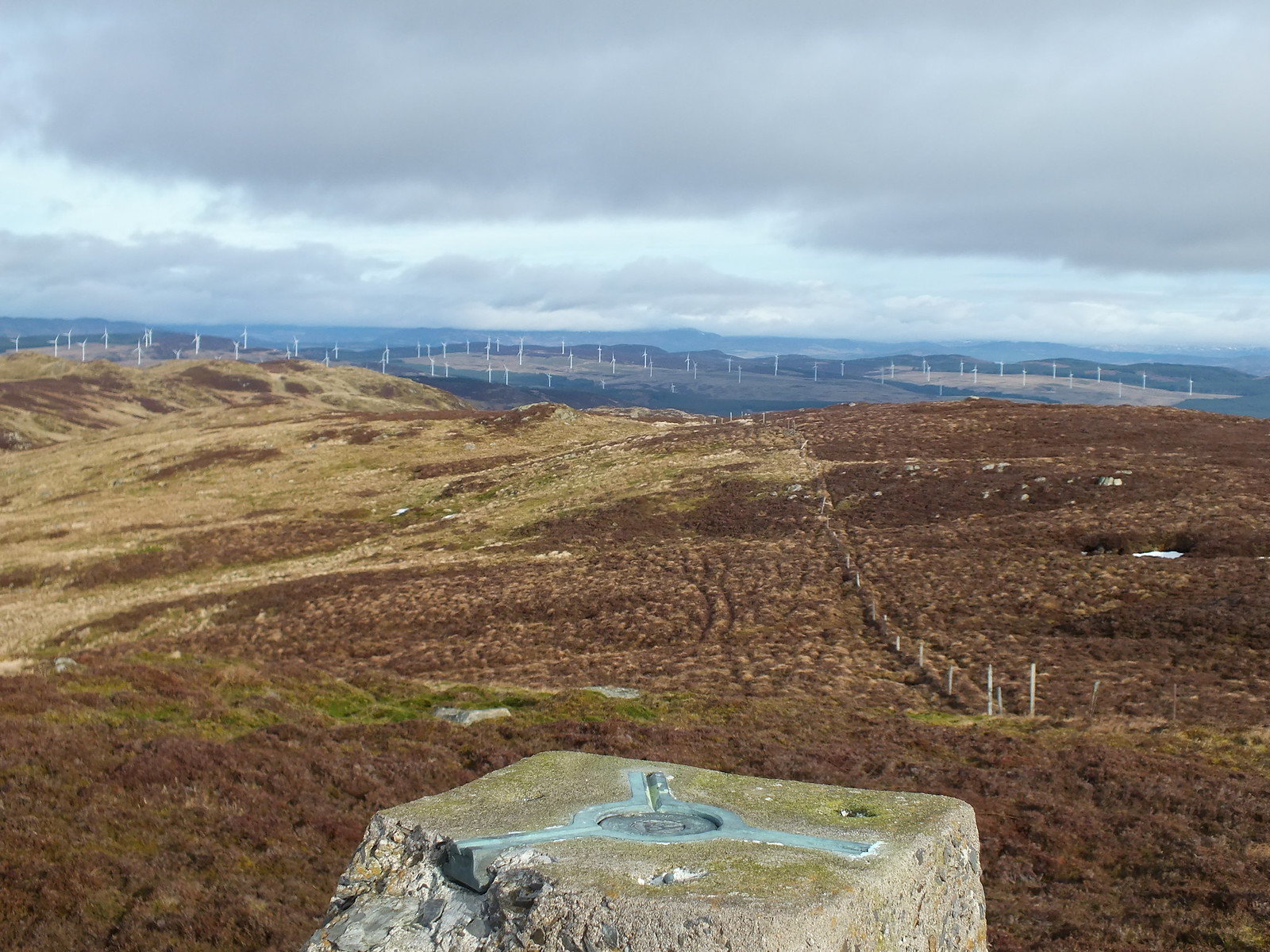 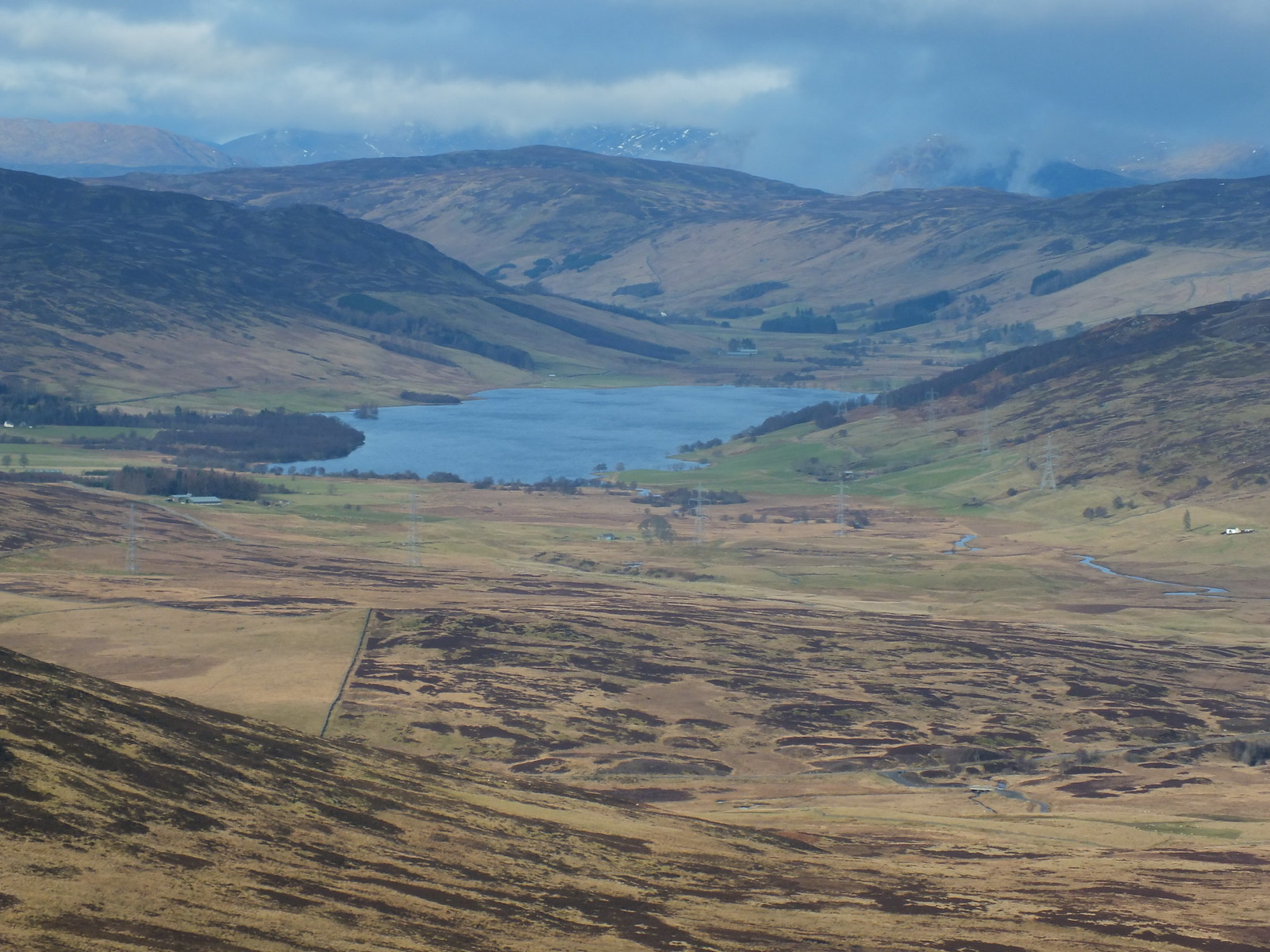 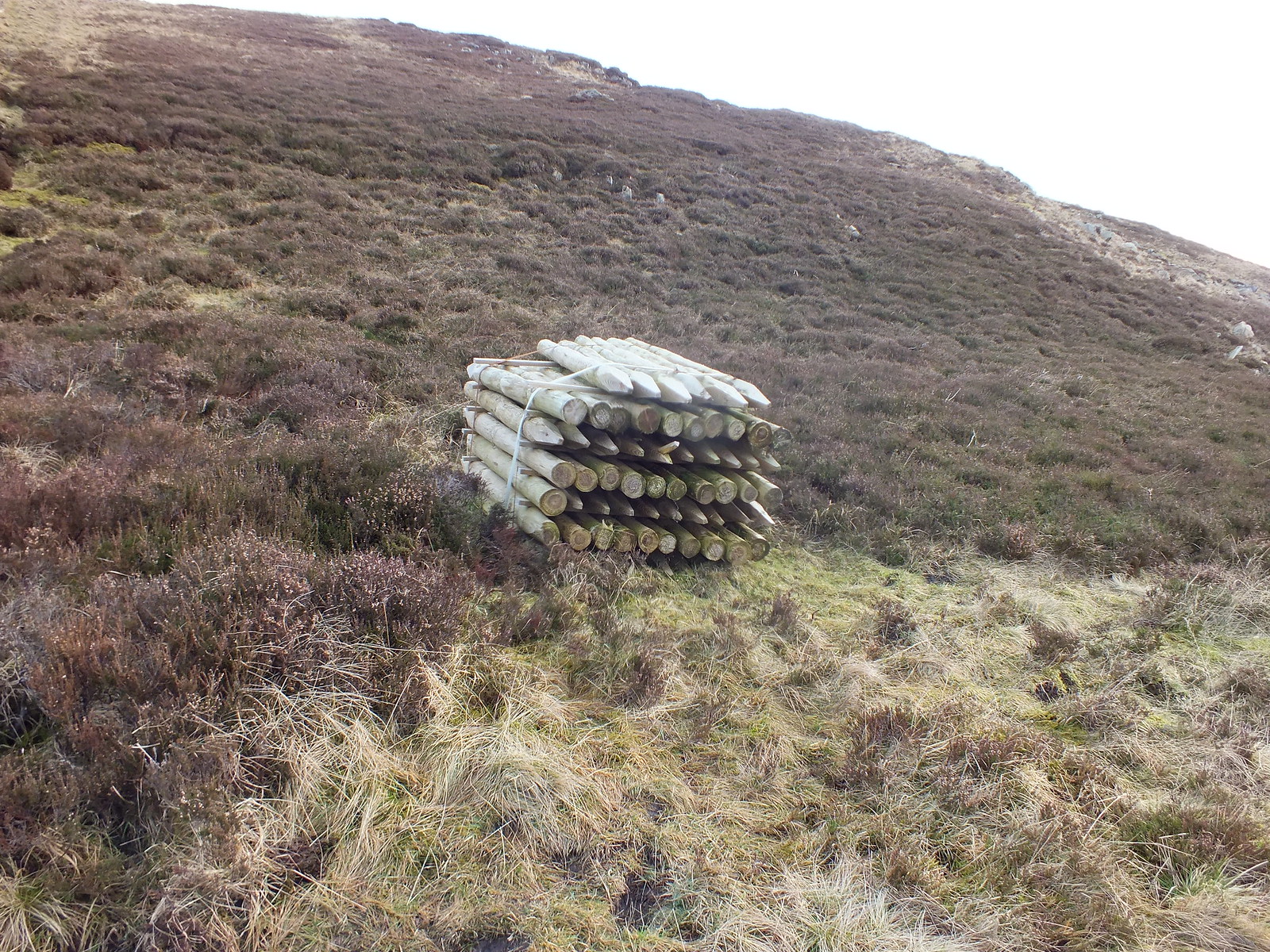 Ready for the next new fence 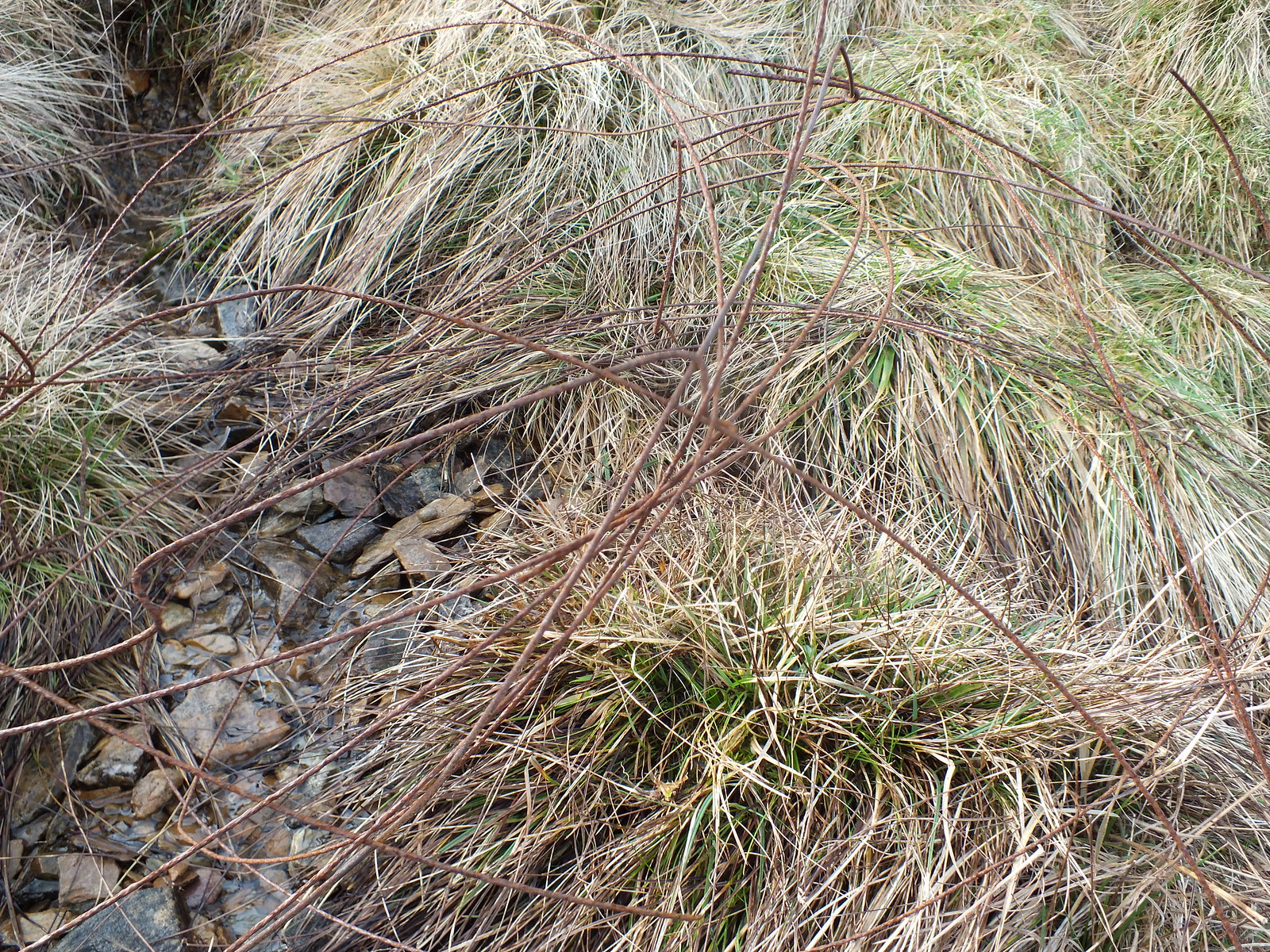 Ascent of Meall Reamhar was littered with old wire

I was appalled to find the ascent of Meall Reamhar was almost like an obstacle course, especially the lower slope, left over spare bits of new wire had been dumped along with the old rusty wire. If I was getting tangled up with my two little legs, imagine how any of our four legged friends are going to cope. I just hope it is a temporary problem as it looks like the fence builders are planning to return to replace the fence up Meall nan Caorach 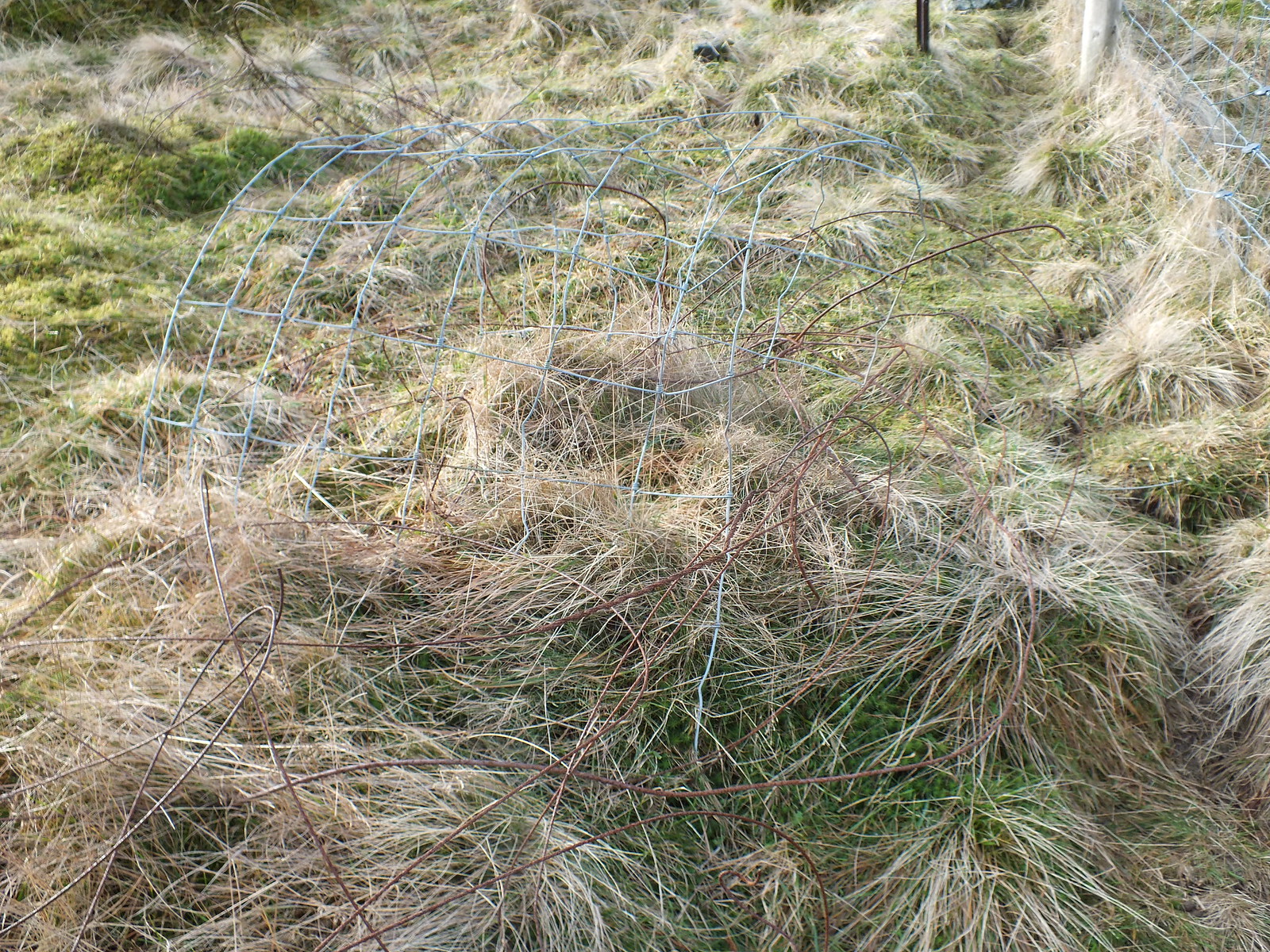 Just in case you didn't believe me 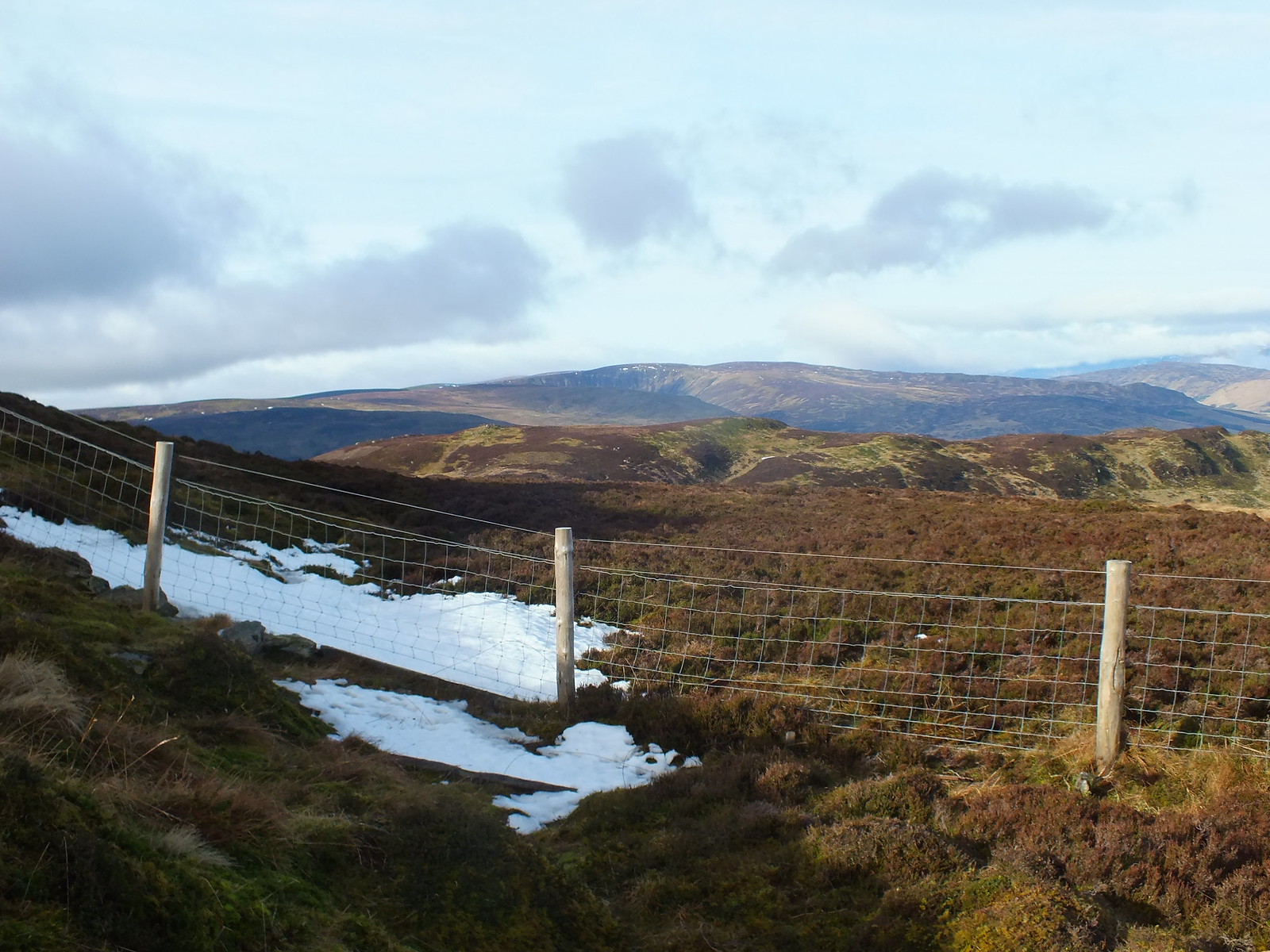 No snow to walk through, this was all I could find 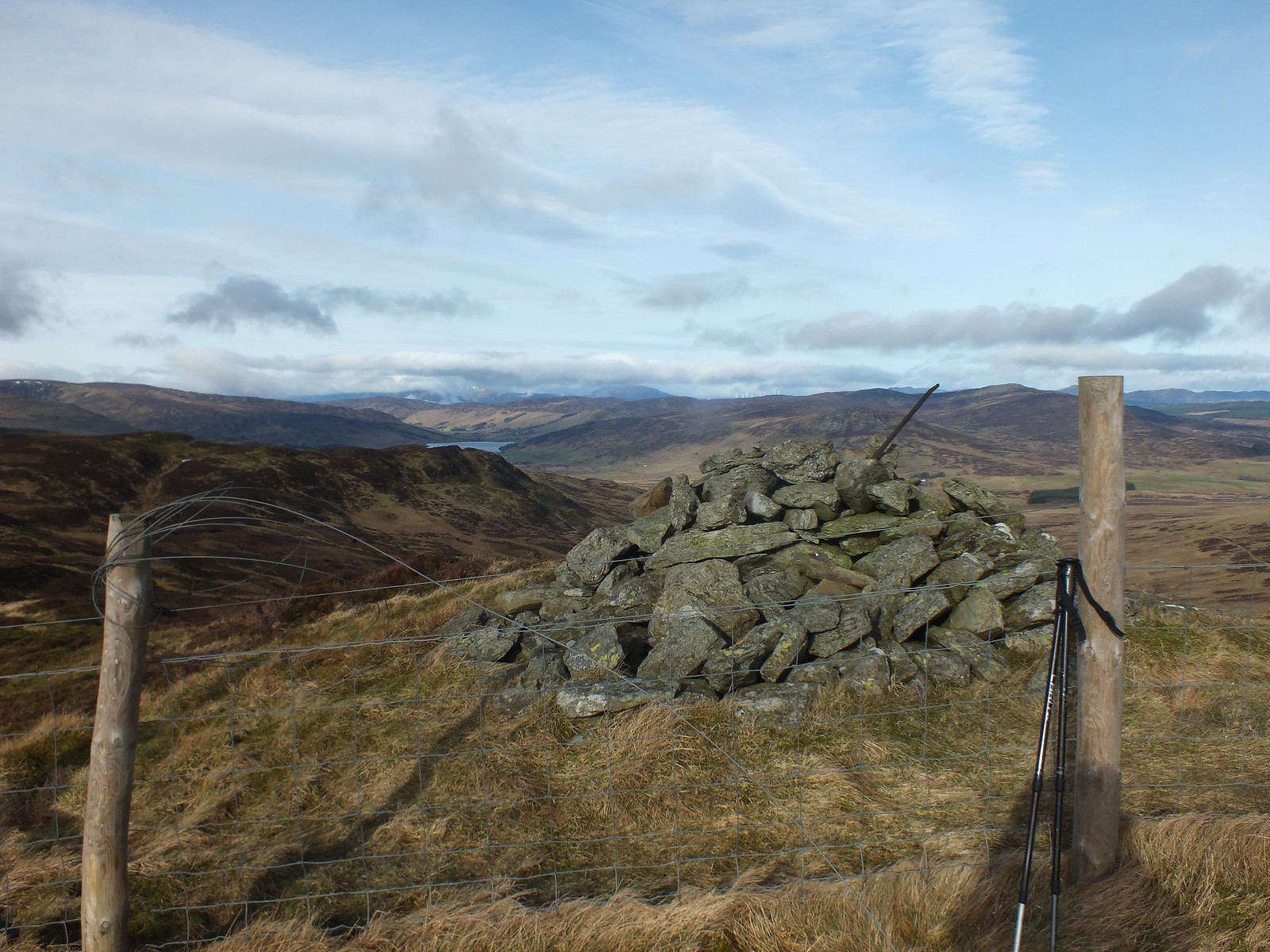 Looking west from the summit of Meall Reamhar 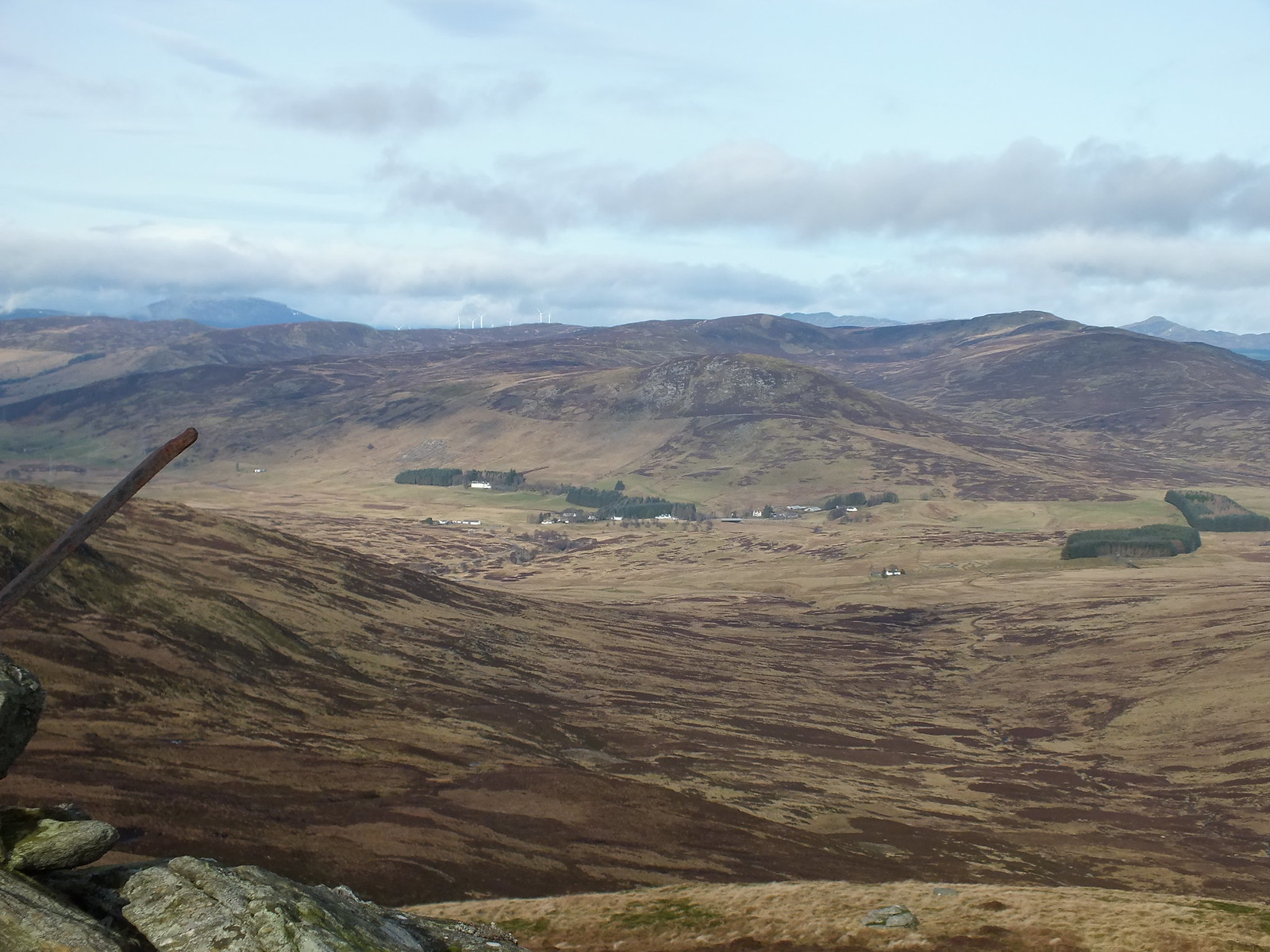 Looking down on Amulree 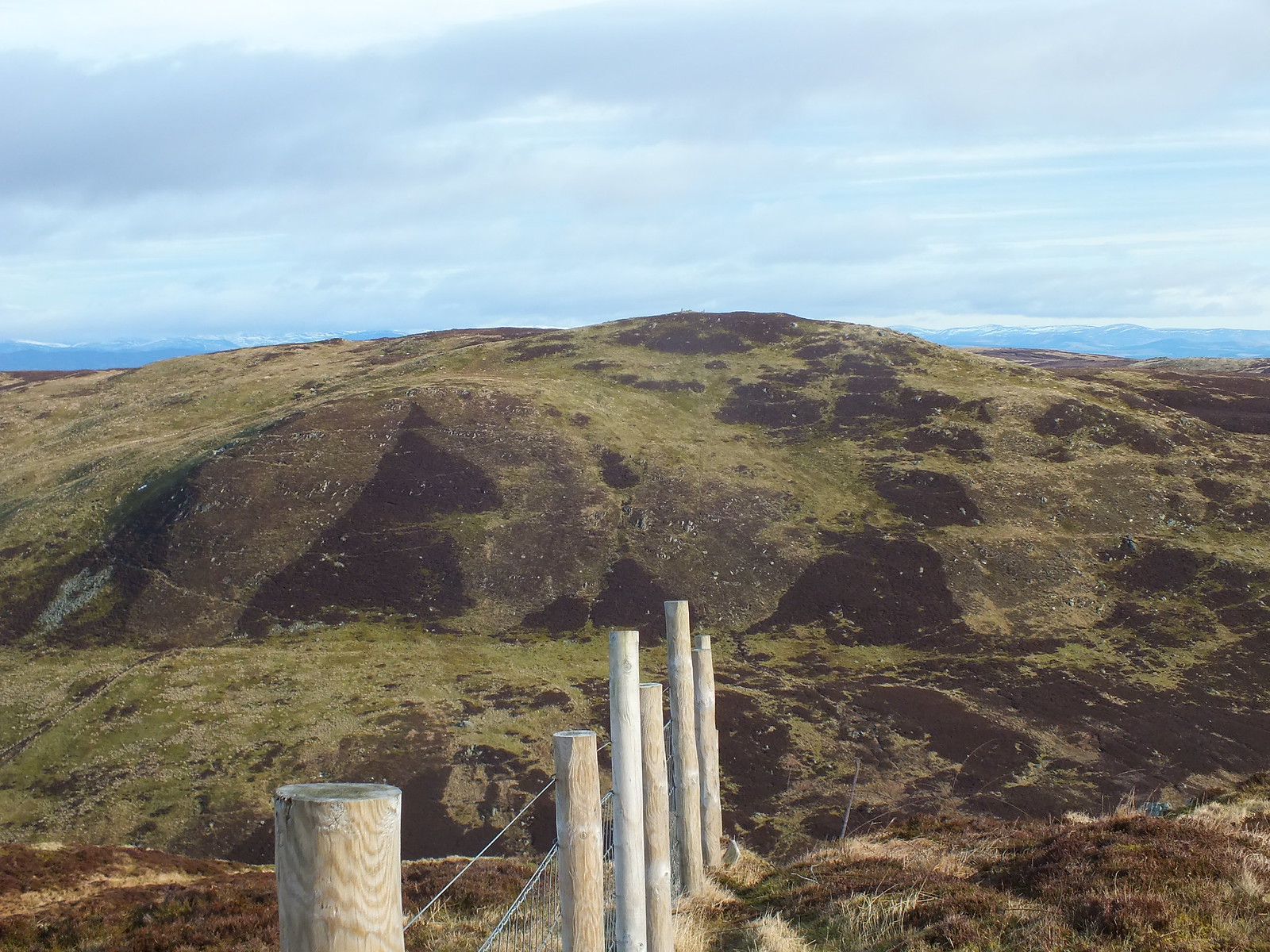 Looking back towards the first summit 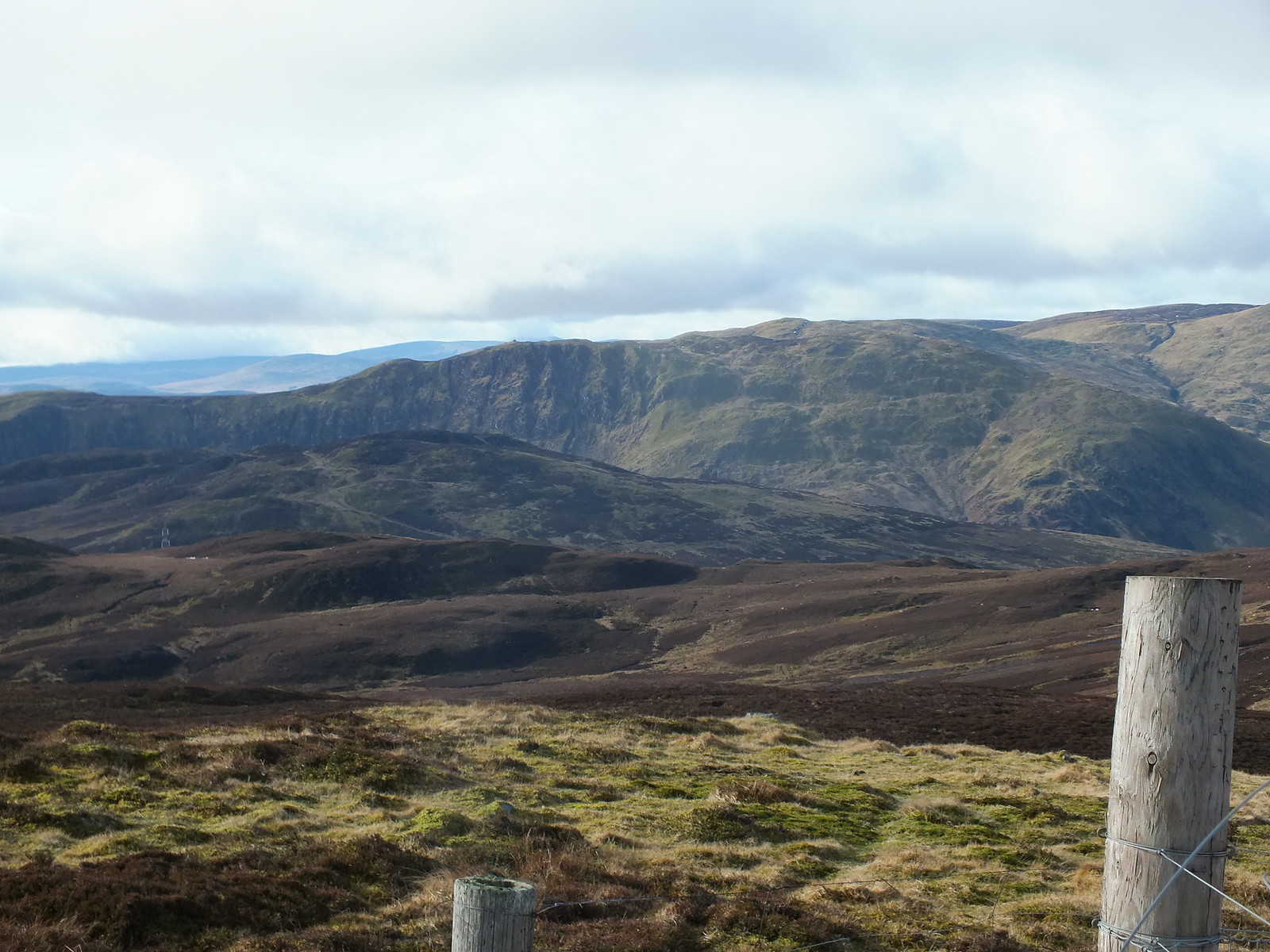 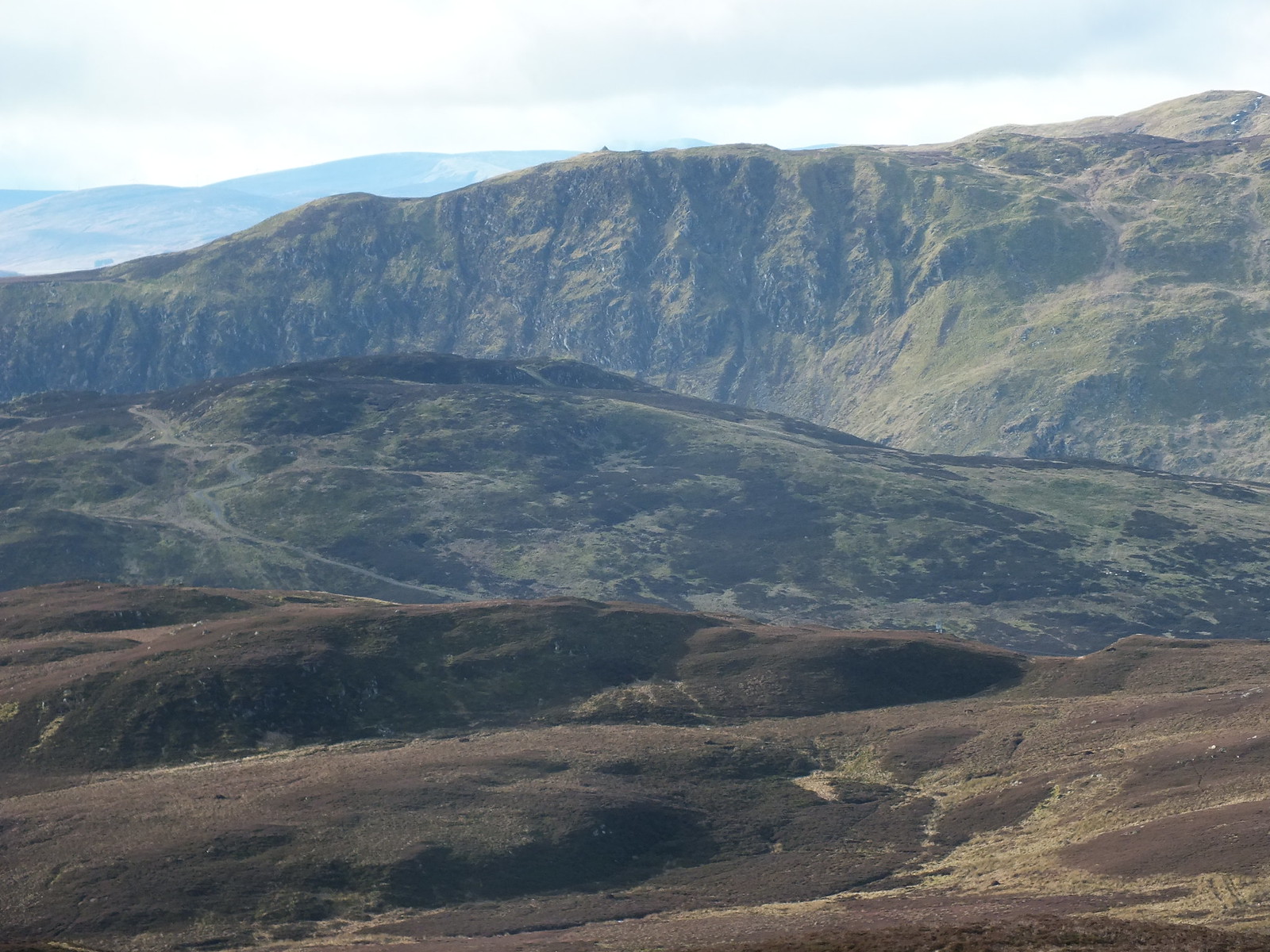 Not much else to say about the walk, really enjoyed getting out and because I was hardly 'off piste' my boots stayed dry

Next on the horizon will be more of the same hopefully after this grotty weather that is due has been and gone.

I had been looking for a relatively close hills or hills to do as time was short yesterday,, and I found your report on these hills, so i read your report and did exactly the same as you on these,,what a cracking wee couple of hrs doing them both,, had a lovely wee saunter up them and the views were nice and clear,, thanks for putting this up

I can confirm that the wire from the old fence is still there.

There's a blast from the past! The start looks a bit more industrial than it did in my day though.