On a clear morning in early June magnificent Ben Lui was the target. The long walk in from Dalrigh along Glen Cononish was a delight, especially when the main attraction finally put in a dramatic appearance. 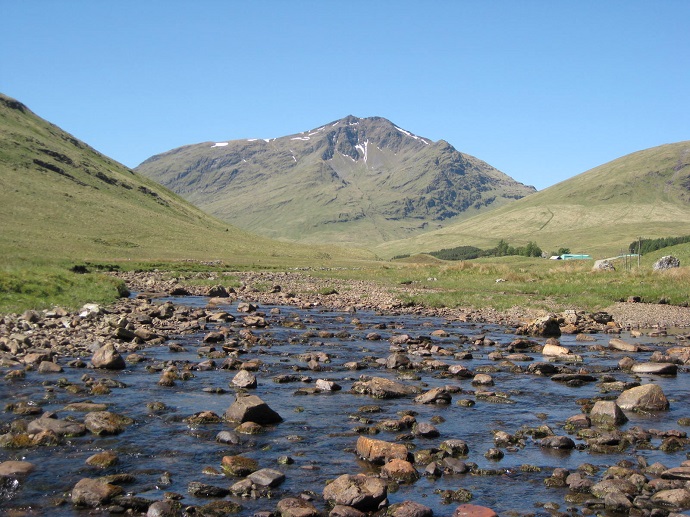 Towards the head of the glen majestic Coire Gaothach loomed up ahead, with the path alongside the stream clearly visible. Route up to Coire Gaothach

The steep path follows a beautiful stream, with the rocky summit visible above. Emerging into the coire, there are towering walls of rock on all sides. A steep pathless climb over grass brought the summit ever nearer. 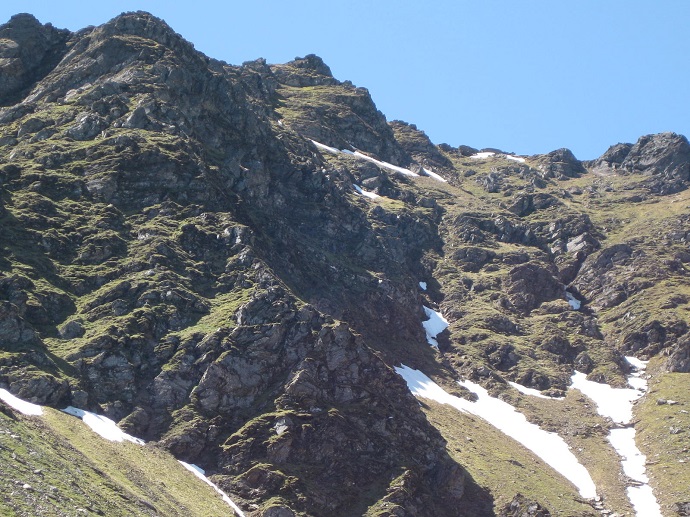 South ridge of coire and summit

Ben Lomond appeared in the distance. Ben Lomond to the south

Having made it onto the south ridge of the mountain, I found a fine spot to pause for lunch, with Ben More and Stob Binnein peeping out from behind Ben Oss. There was also a dazzling view westwards towards Ben Cruachan and Mull. The panorama from the summit was uninterrupted in all directions. Ben Nevis lurks on the horizon beyond the craggy northwest top. Ben Cruachan forms the magnificent backdrop to the summit cairn. On the way to the north top I encountered a friendly fellow who told me that his was his dog's 134th Munro. I obviously have some catching up to do, but I'll need no encouragement if they are all as good as this. The dog seemed quite happy too. Ben More and Stob Binnein dominate to the east. 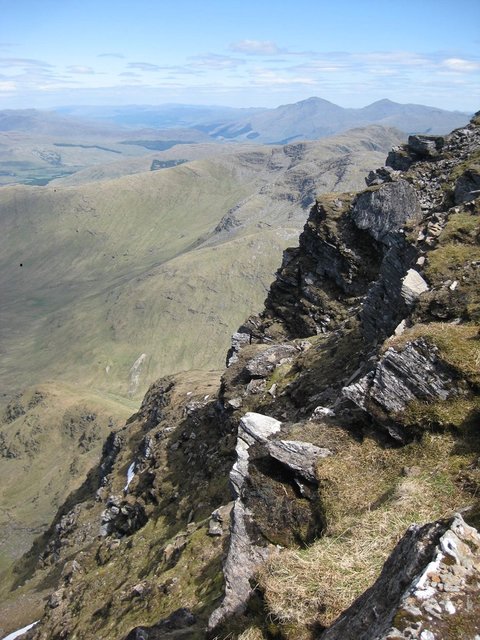 The route down past snow patches led to the pass with Ben Oss. Looking back to summit

The long haul along the Coire Laoigh was achieved in peace and solitude without the aid of any noticeable paths. And the gentle, if rather long, stroll back along Glen Cononish rounded off a perfect day.