I met my brother-in-law Stuart for a walk in Dunkeld on Saturday. It was looking pretty miserable, so we delayed with a coffee in the high street before driving up to the Cally car park. Once on with the waterproofs, we started up the track towards the Mill Dam - easy walking in the rain. As Deuchary Hill hove into view, we noticed that the rain wasn't actually that bad at all - in fact at times it had stopped completely.


Dunkeld.gpx Open full screen  NB: Walkhighlands is not responsible for the accuracy of gpx files in users posts
Deuchary Hill from Birkenburn: 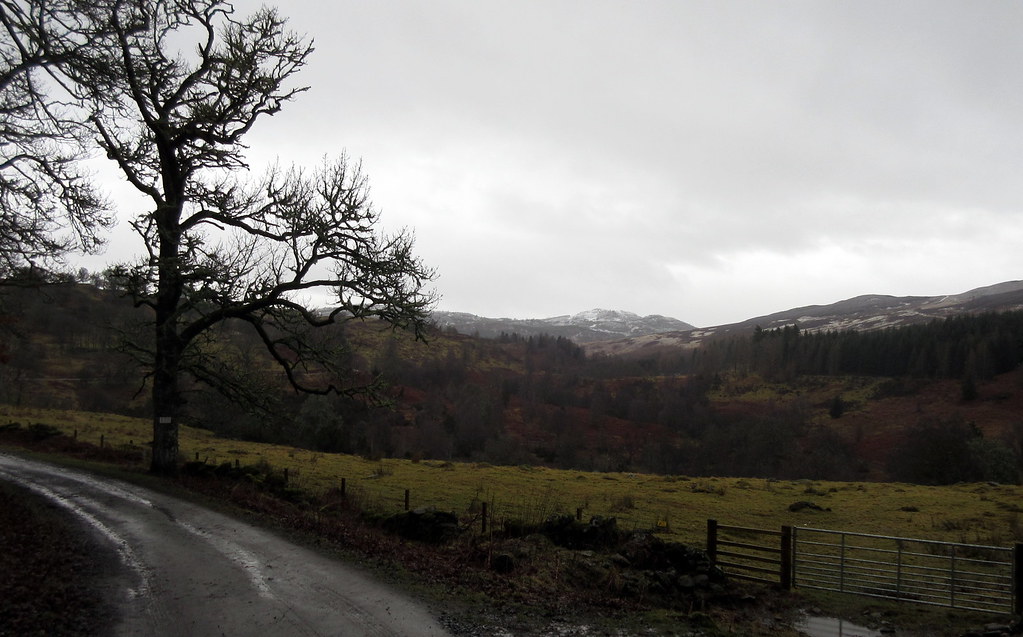 We followed muddier paths up from the Mill Dam to the south side of Deuchary Hill, where I planned to make a quick diversion to the summit. I wasn't sure whether this was a particularly popular hill, but in the end it turned out to be well-visited enough to have an obvious path up the south side.

South side of Deuchary Hill: 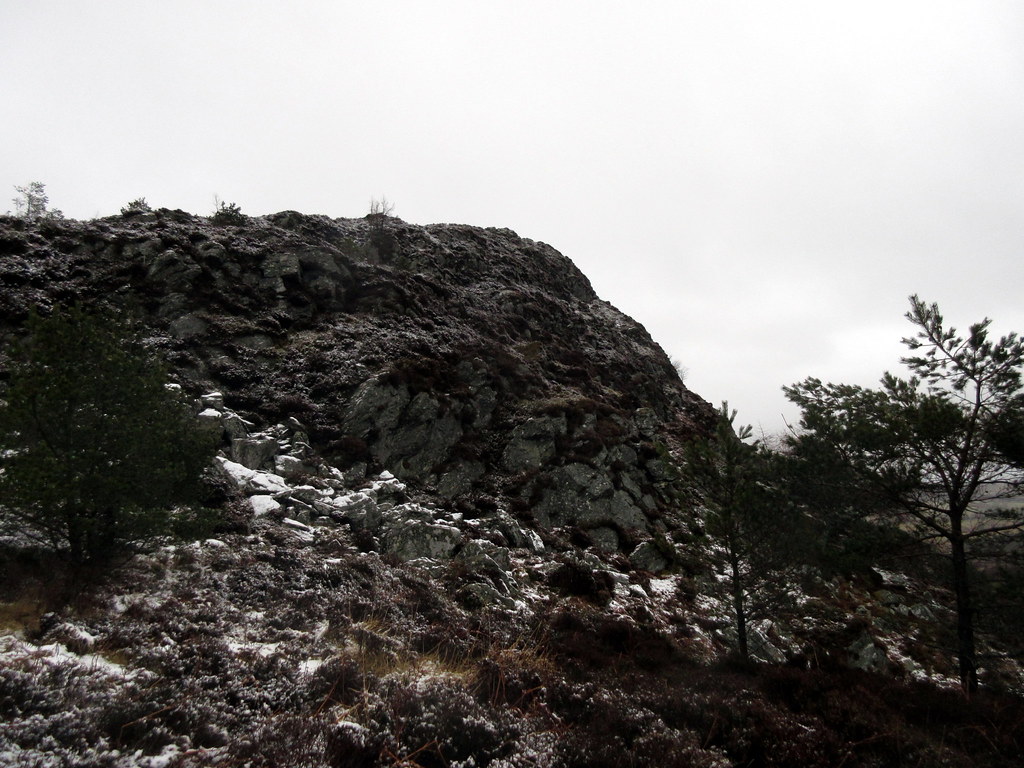 The going was steep, and later slippery in the fresh snow but we reached the summit without too much bother. A Bit breezy up here, but at least there was a view. Quite an attractive area actually - had me wondering why I had never walked around here while I lived in Dundee. 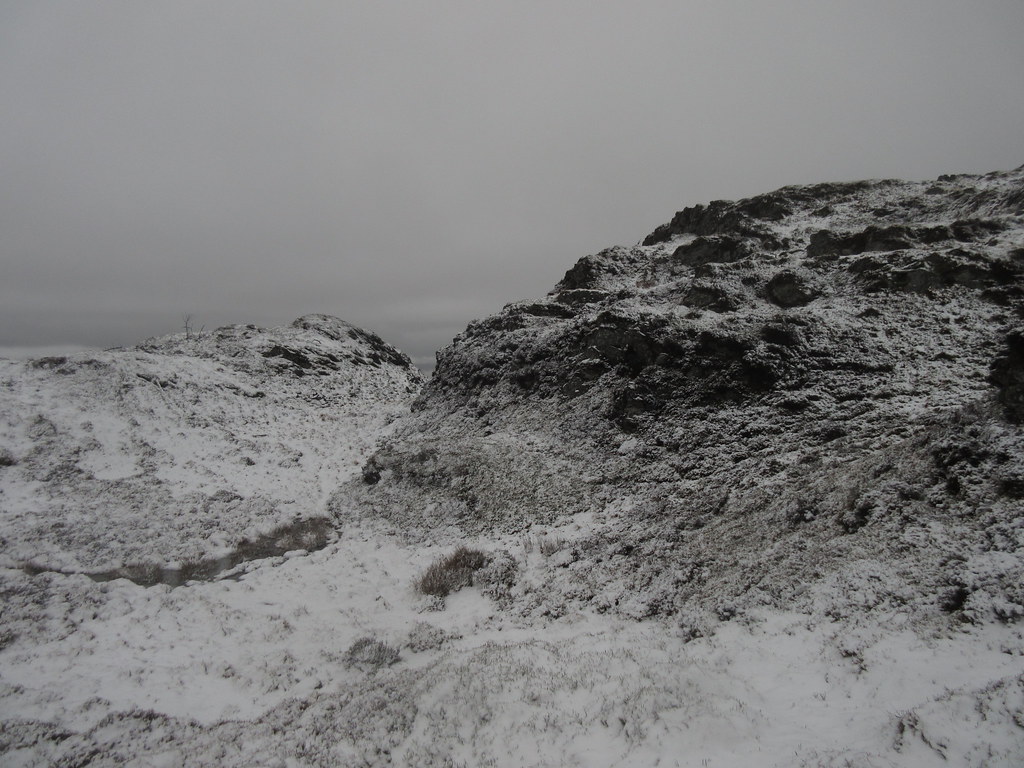 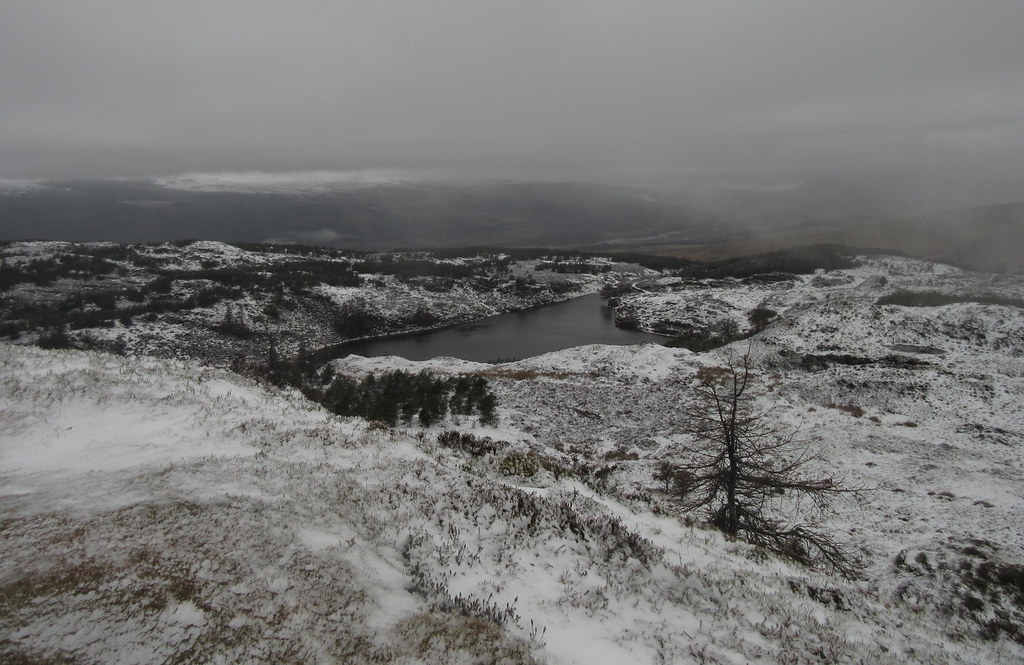 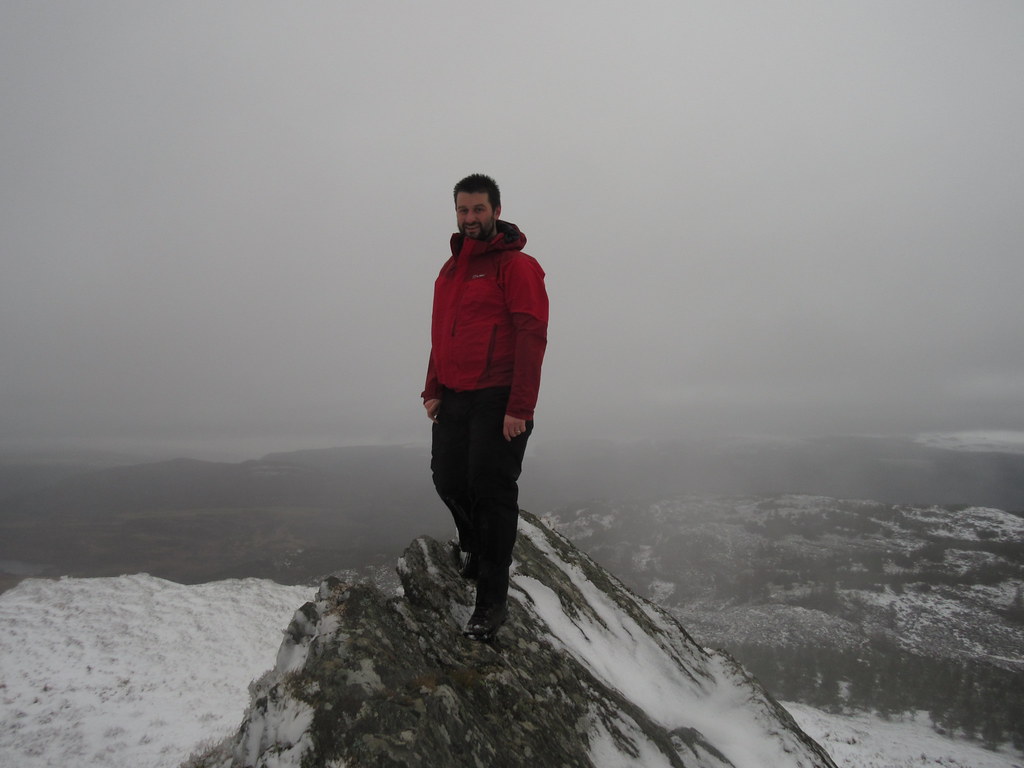 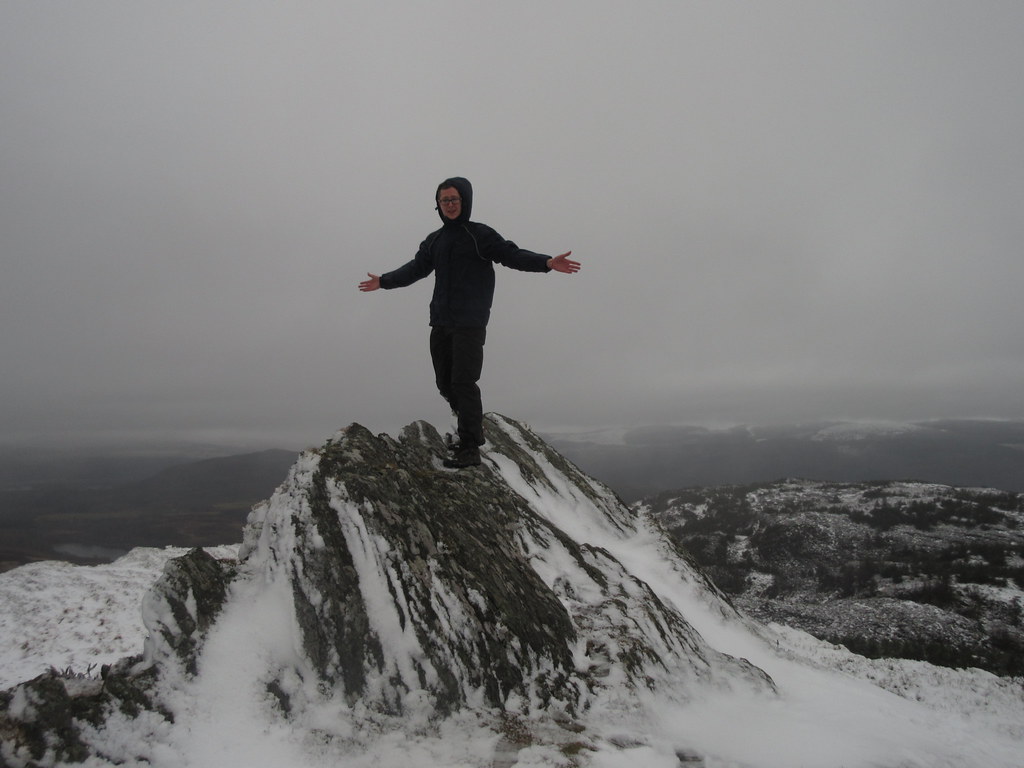 Back down to the main path was even more slippery, and the main path deteriorated a bit as we dropped down to Grewshill, hitting tarmac again. A pleasant enough wander took us past Riemore Lodge and under the pylons into the glen of the Buckny Burn, where there was a narrowish pass to squeeze through. As the glen opened up again, the path deteriorated and became quite slushy. However I couldn't help notice that there were well-built bridges along the length of it - must've been an important path at some point in the past.

Bridge on the Buckny Burn: 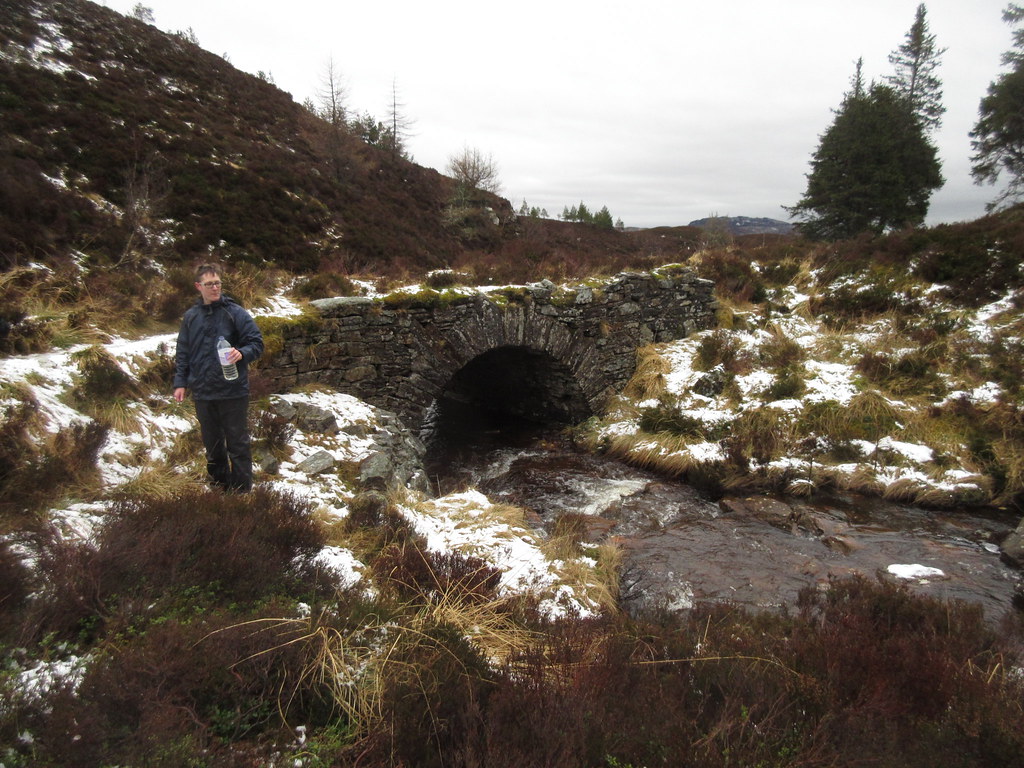 Beyond the bridge, the surface left behind any pretence of being a decent path and we waded through bog and water. While the other wet parts could have been a result of the recent heavy rainfall, this bit looked like it was always gloopy.

At another bridge, Stuart decided to give Creag nam Mial a miss, and I made a quick diversion across the heather to it on my own. The heather was deep, but up here the ground was just hard enough to make it more pleasant than squelching along the path (I doubt Stuart would have agreed though, as it involved a lot of high leg lifting - as a mostly non-walker, he was definitely noticing this!).

There was a deer fence to climb, then I was at the top. Quite atmospheric actually - although there wasn't really any sunshine (other than a small hint of it to the east), the cloud was piled up in the glens with some of the summits sitting above it.

Towards Ben Vrackie and Beinn a' Ghlo from Creag nam Mial: 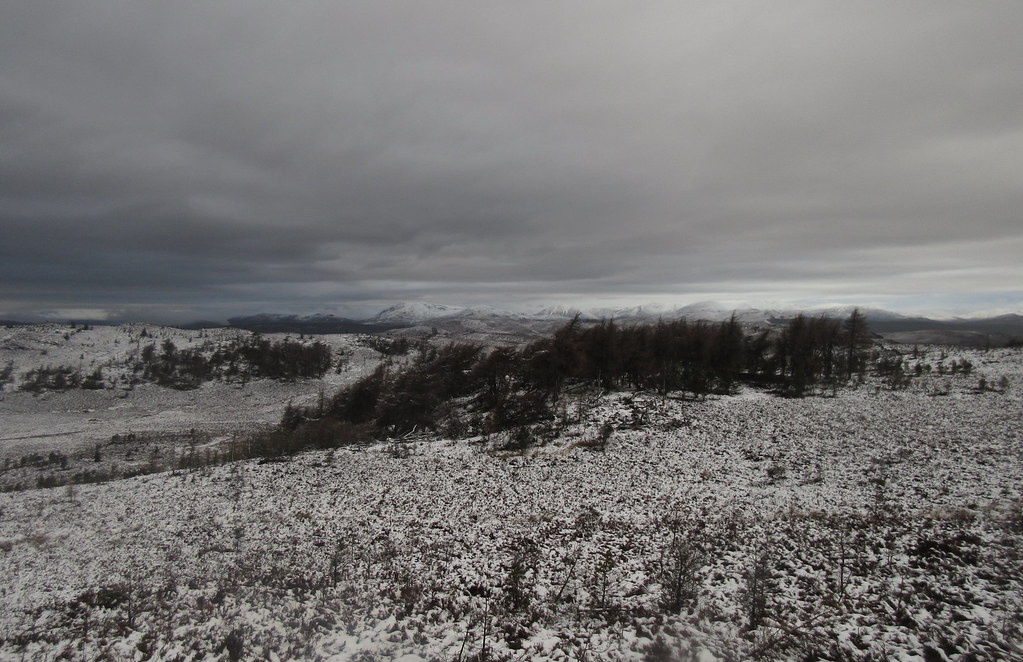 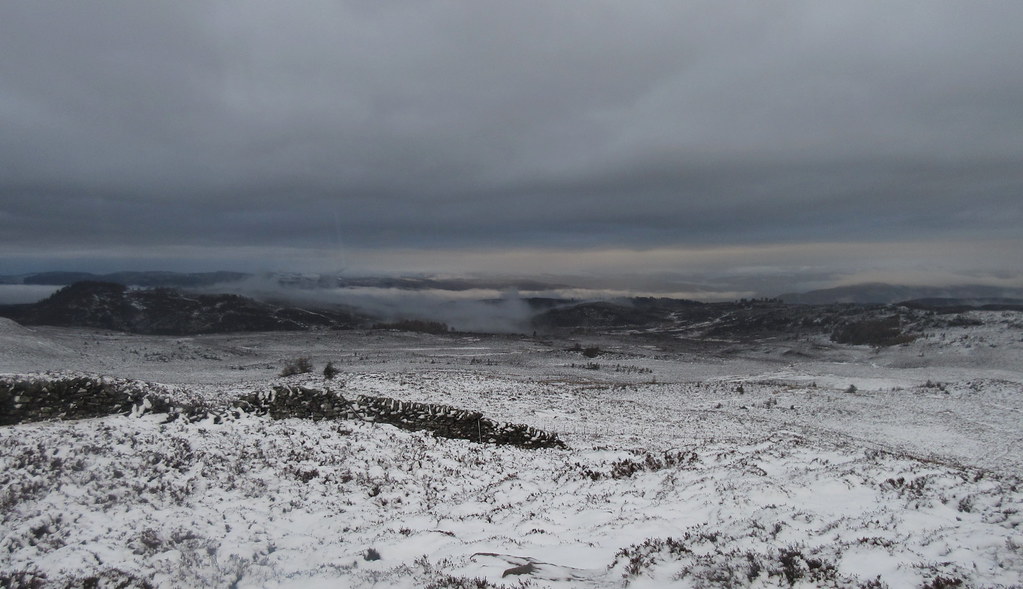 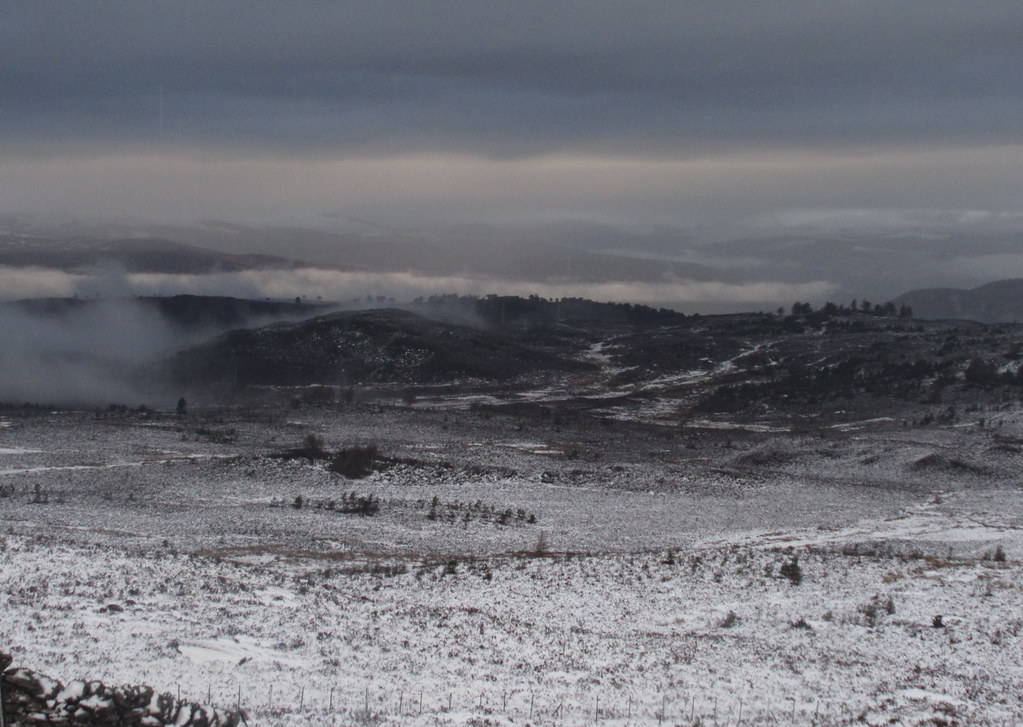 Near the summit of Creag nam Mial: 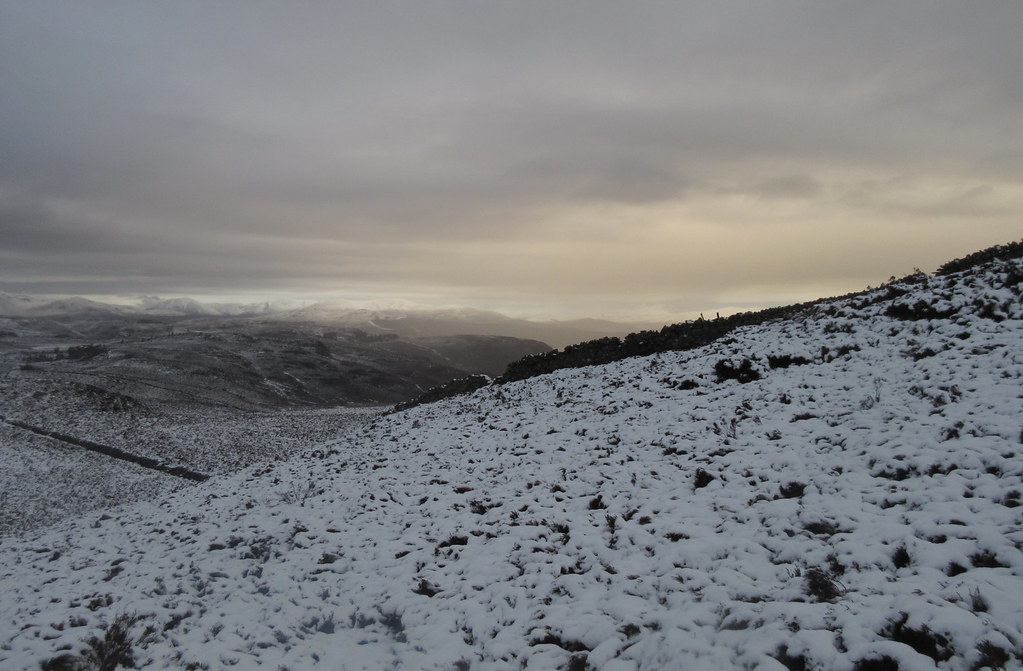 It's actually quite a large area of moorland that Creag nam Mial sits in the middle of , and we were now a long way from Dunkeld. I returned to the path and we reversed a short section back to a junction, heading over for Pitrannoch Burn. 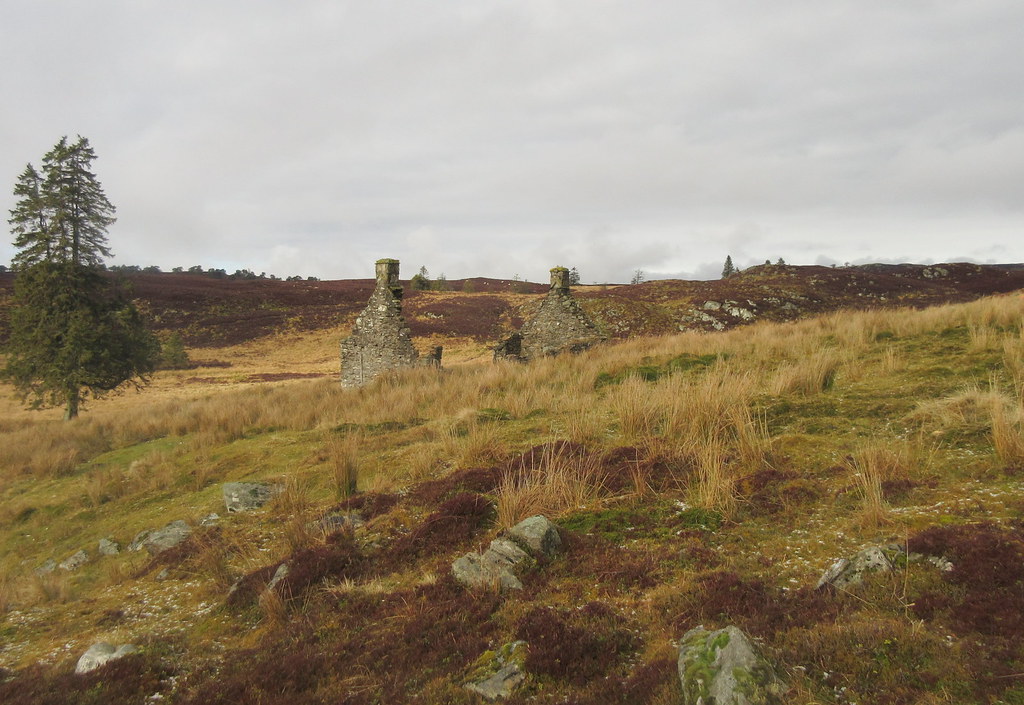 The path gradually improved as we dropped to Loch Ordie and the sun came out. People also appeared - walkers, mountain bikers and a farmer on an ATV. 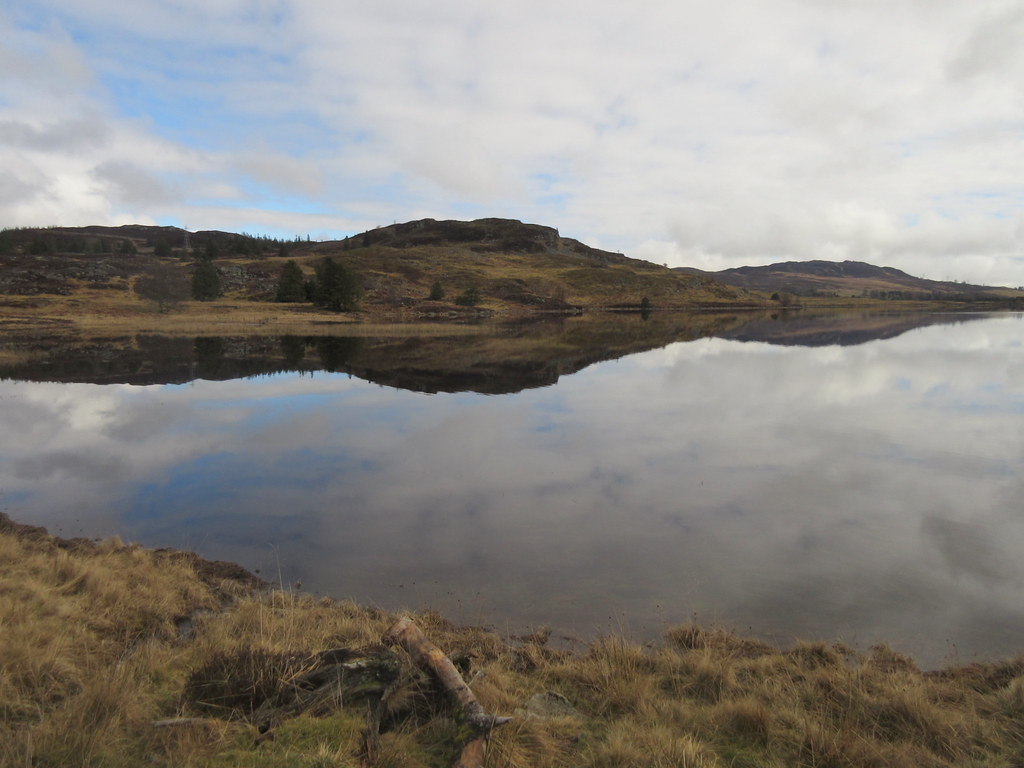 The walk back to the car seemed to take ages, but at least the scenery was good, and the surroundings quite varied for what is essentially a big area of forestry. 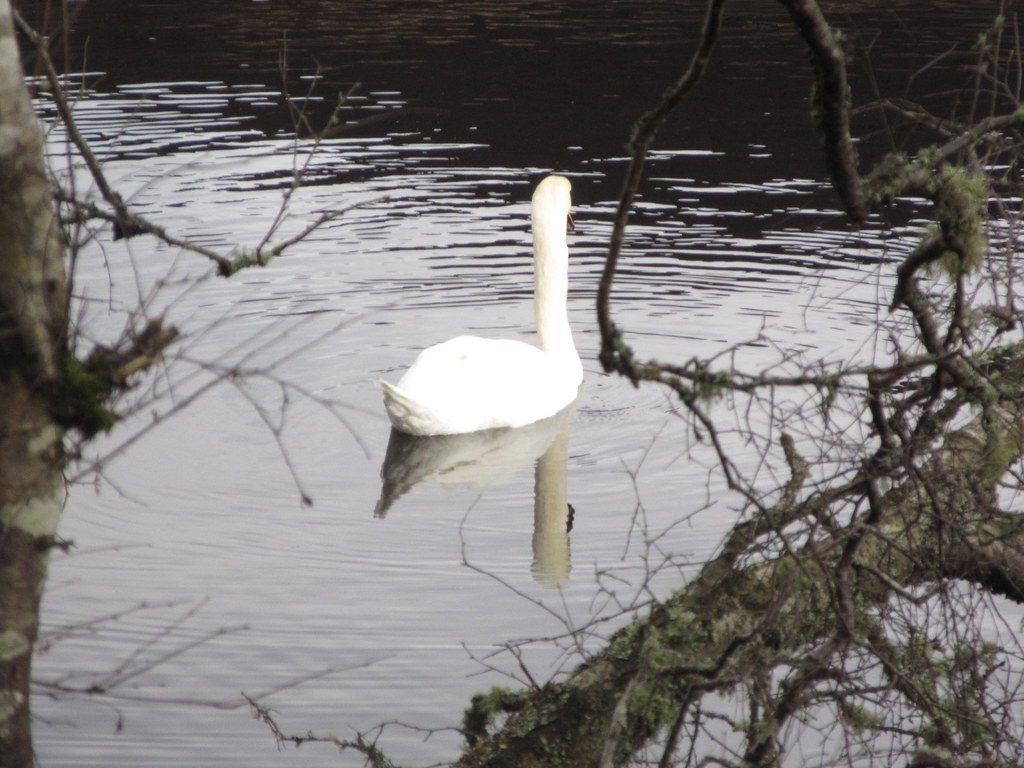 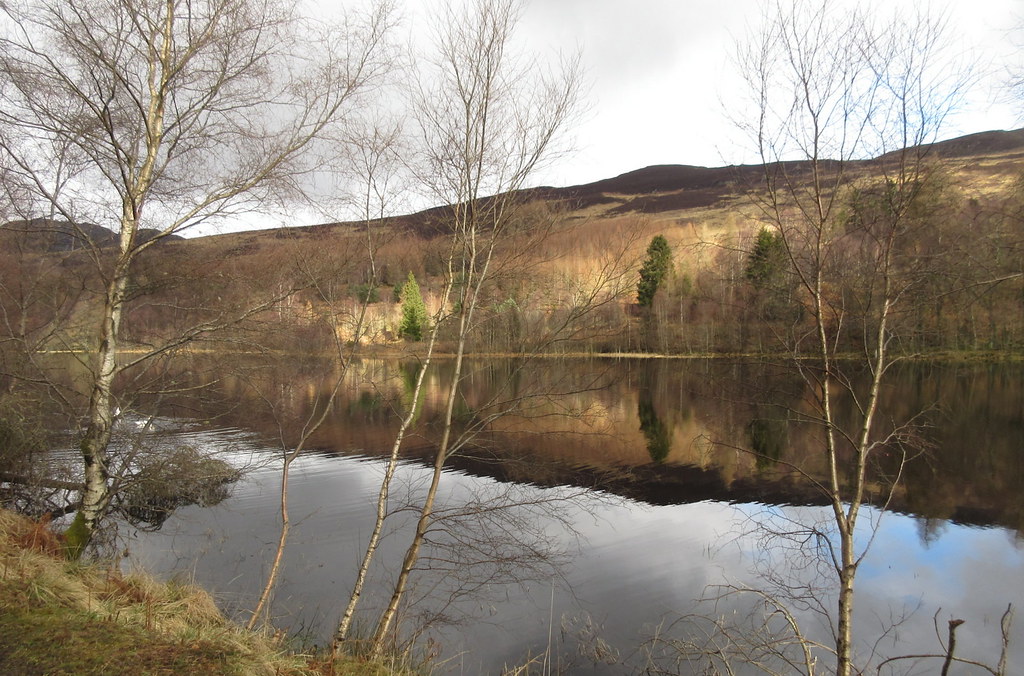 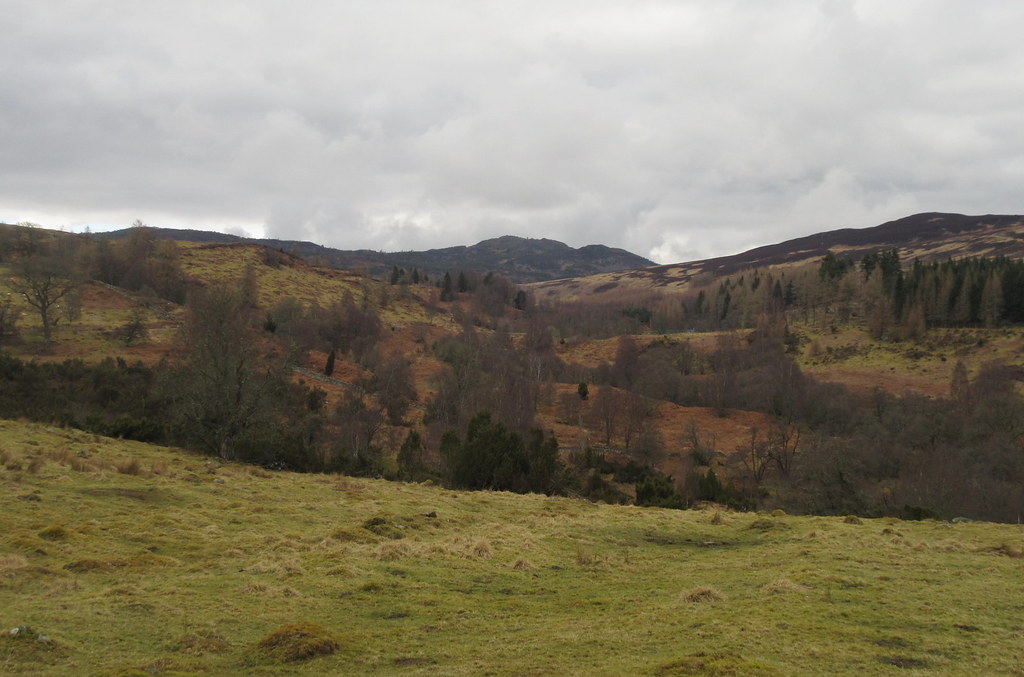 We were quite relieved to reach the car, but we felt like the walk had been a good one.

Does this report seem a bit light on detail? Well, somewhere in the weekend (and in the general vicinity), a good bothy night was also had, with a roaring fire and a bottle of half-decent whisky. However I can't really reveal where it was, so you'll just have to guess!

Re: Behind Dunkeld - Deuchary Hill and Creag nam Mial

A nine hour walk for a couple of Sub 2s, not like the normal Malky-c, a very timely post these two have been awaiting me for a while now, but might leave until it gets a bit drier