These two go well together.

These two go well together.

These two little hills have been tempting me to explore them for a while now, I'd looked at possible ways to combine the two and decided to have a look at a way over from the summit of one to the other without retracing our steps along the way, as it was, we had a really nice short walk and managed to collect a couple more undone Wainwrights.

We parked in the National Trust car park just off the A593 at Glen Mary Bridge and decided to tackle Black Fell first. We set off towards Tarn Hows on the path through the trees alongside the beck passing pretty waterfalls on the way. 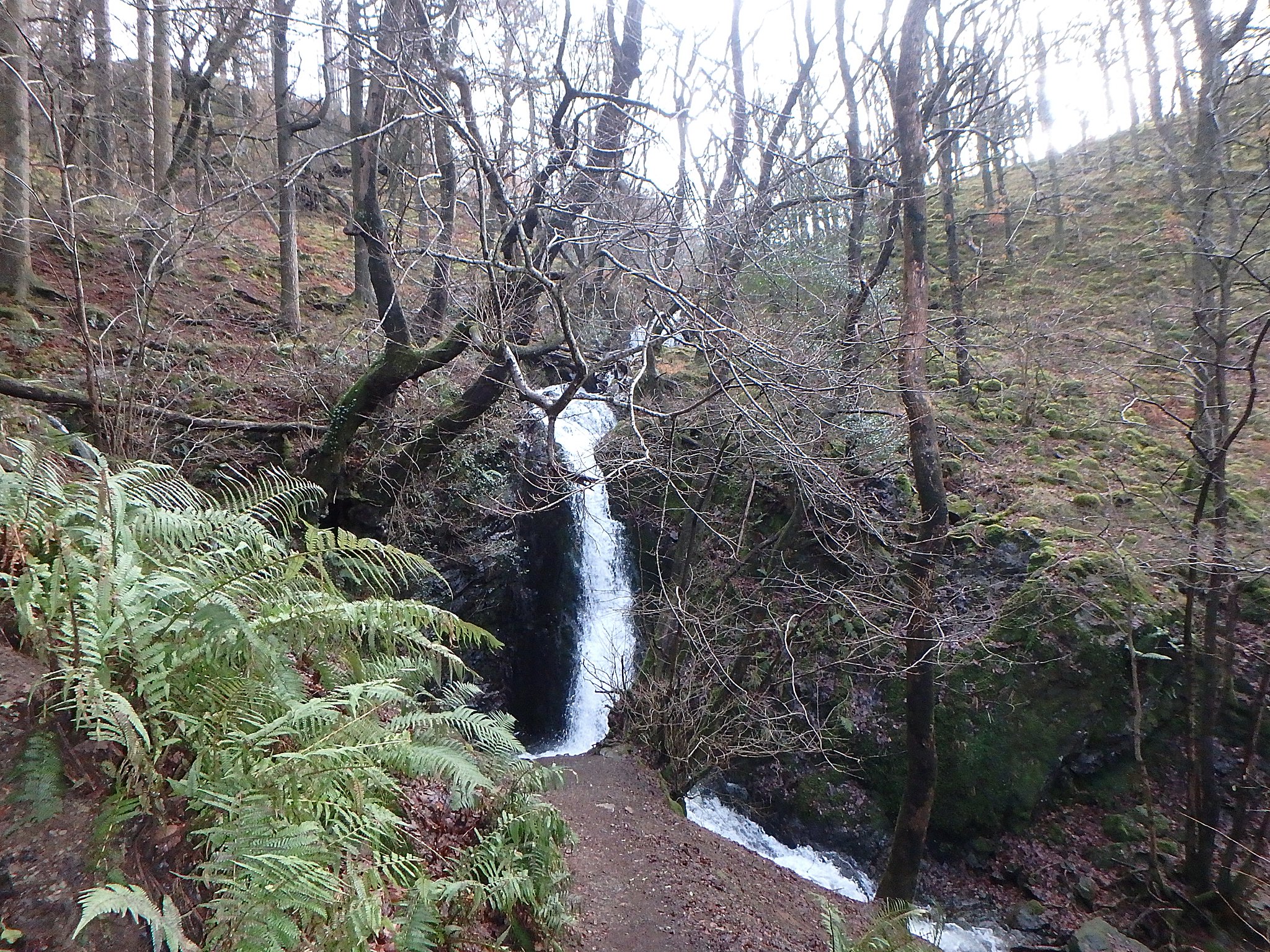 When you reach the tarn turn left and follow the well made path on the left bank of the tarn in the direction of Tom Heights. This is a pleasant walk, good for loosening the legs. After a km or so the path forks, keep left and soon this meets another track, turn right onto this and follow it for 0.5km or so to a gate that leads onto a track through Iron Keld Plantation, take this and stay on it all the way to the summit of Black Fell.

Drunk trees, no, not the photographer, they really were at that angle 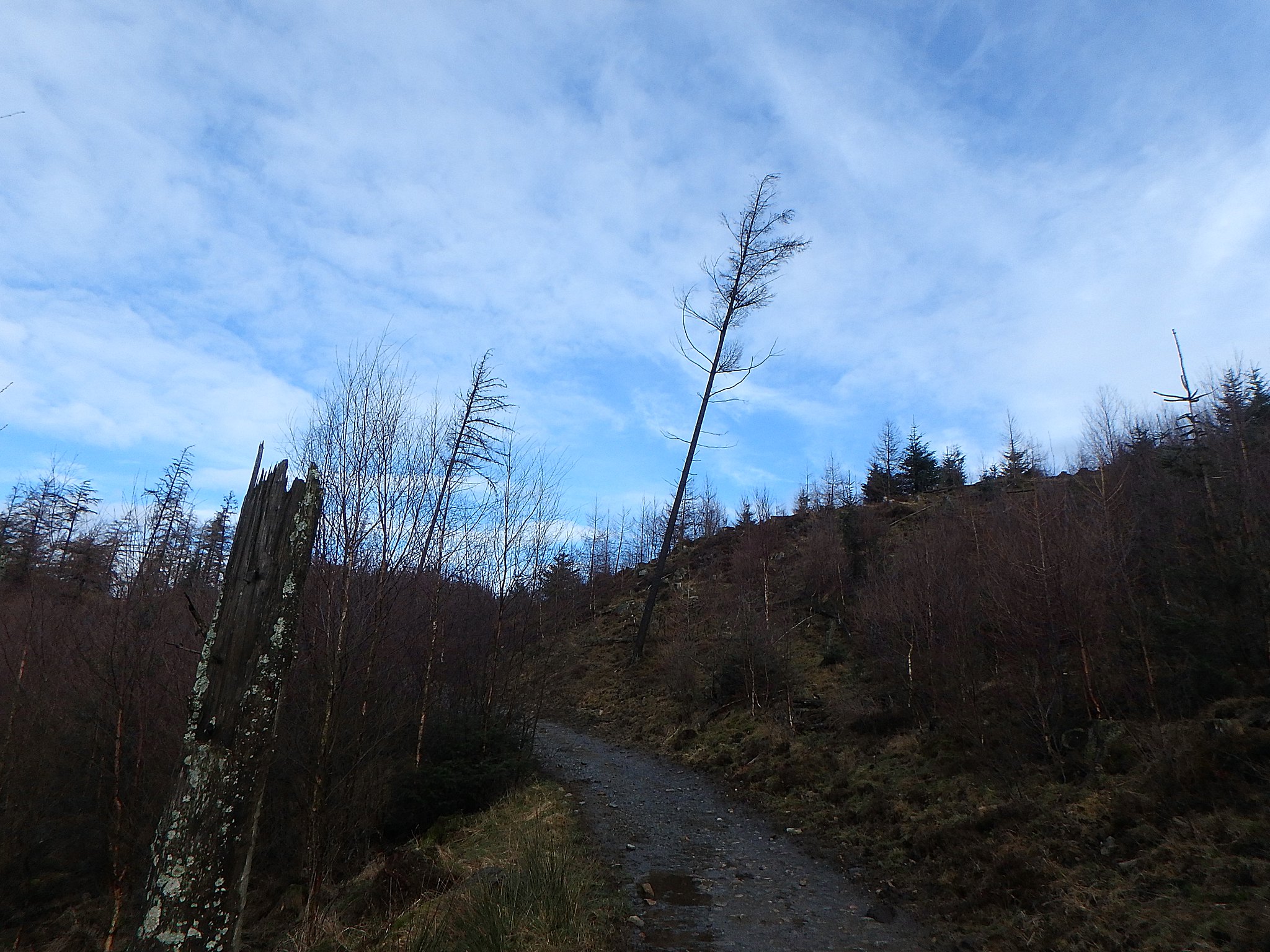 We were lucky with the weather, the forecast was reasonable up to early afternoon with the threat of rain from about 2pm, even though it was overcast it was bright and we had some nice views from the summit. 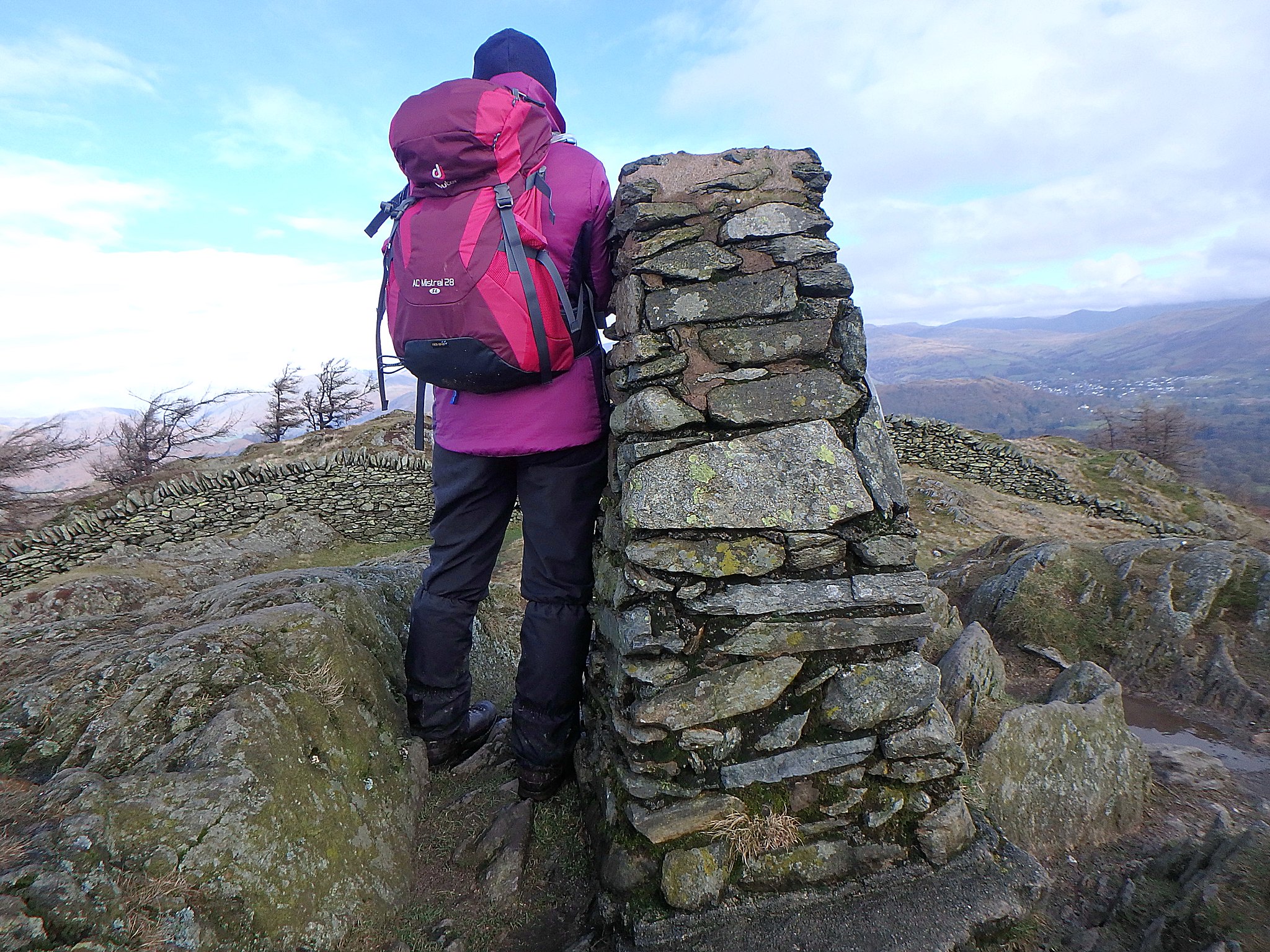 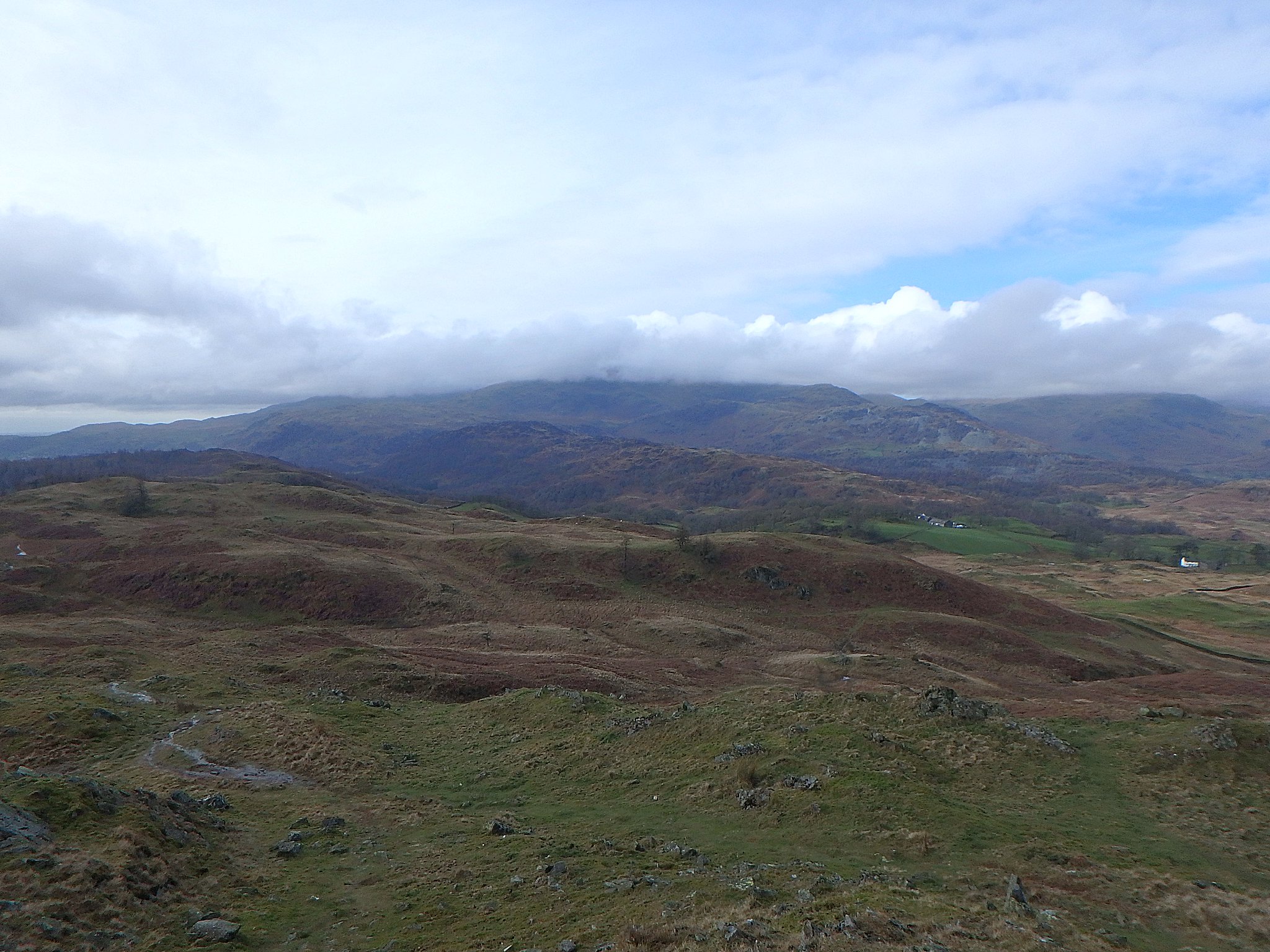 Where we were yesterday. I wonder which way the wind blows around here 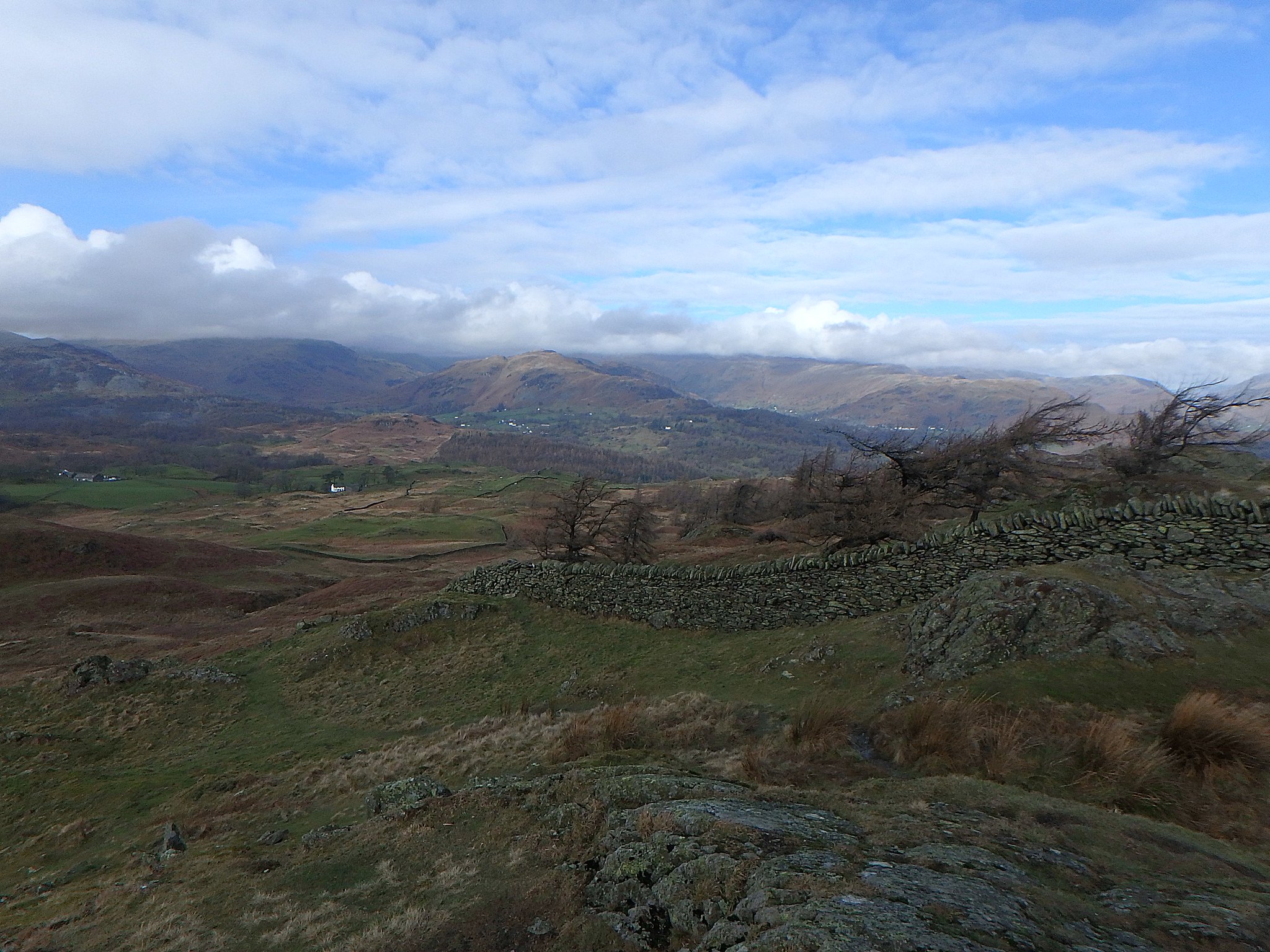 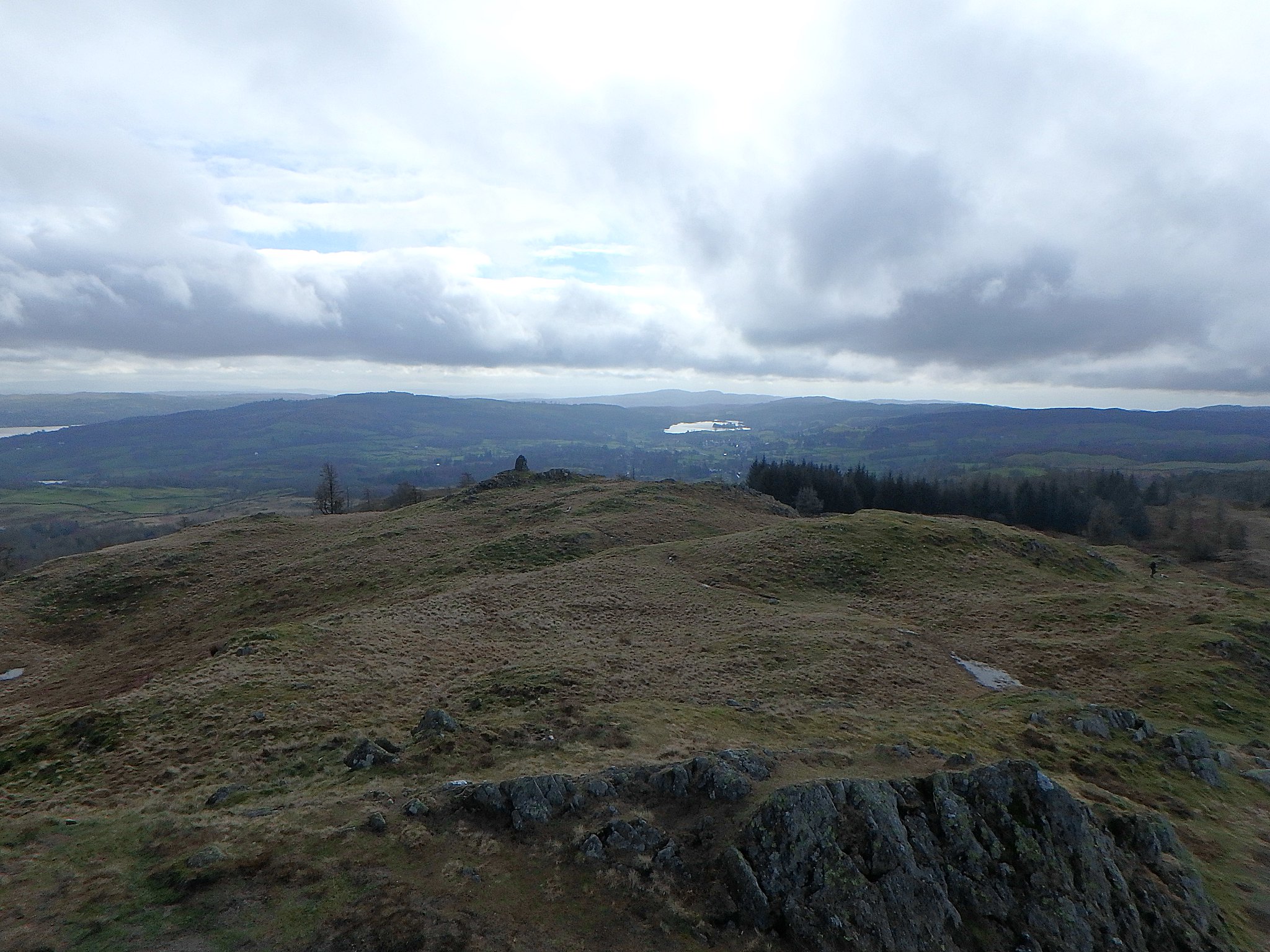 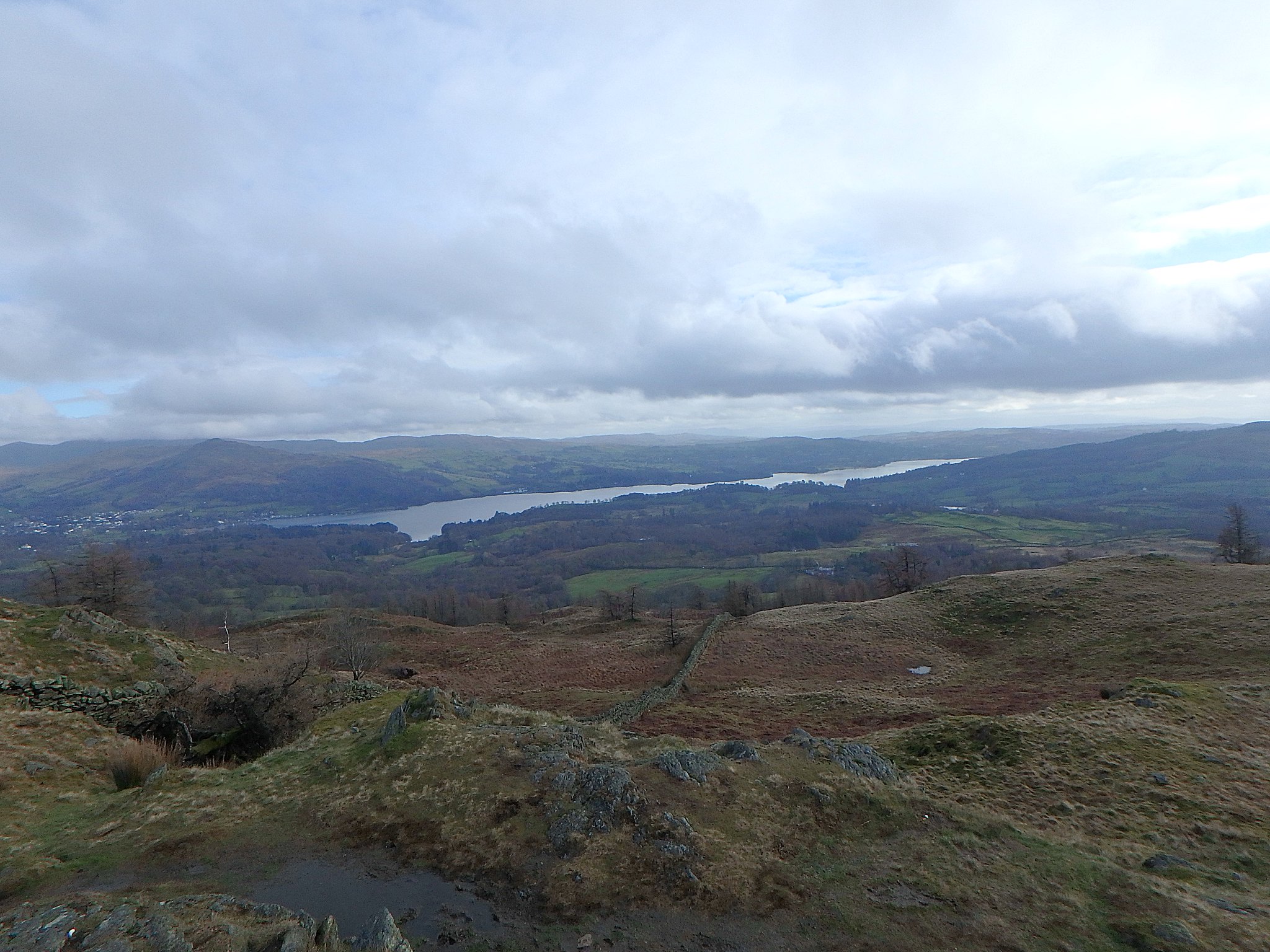 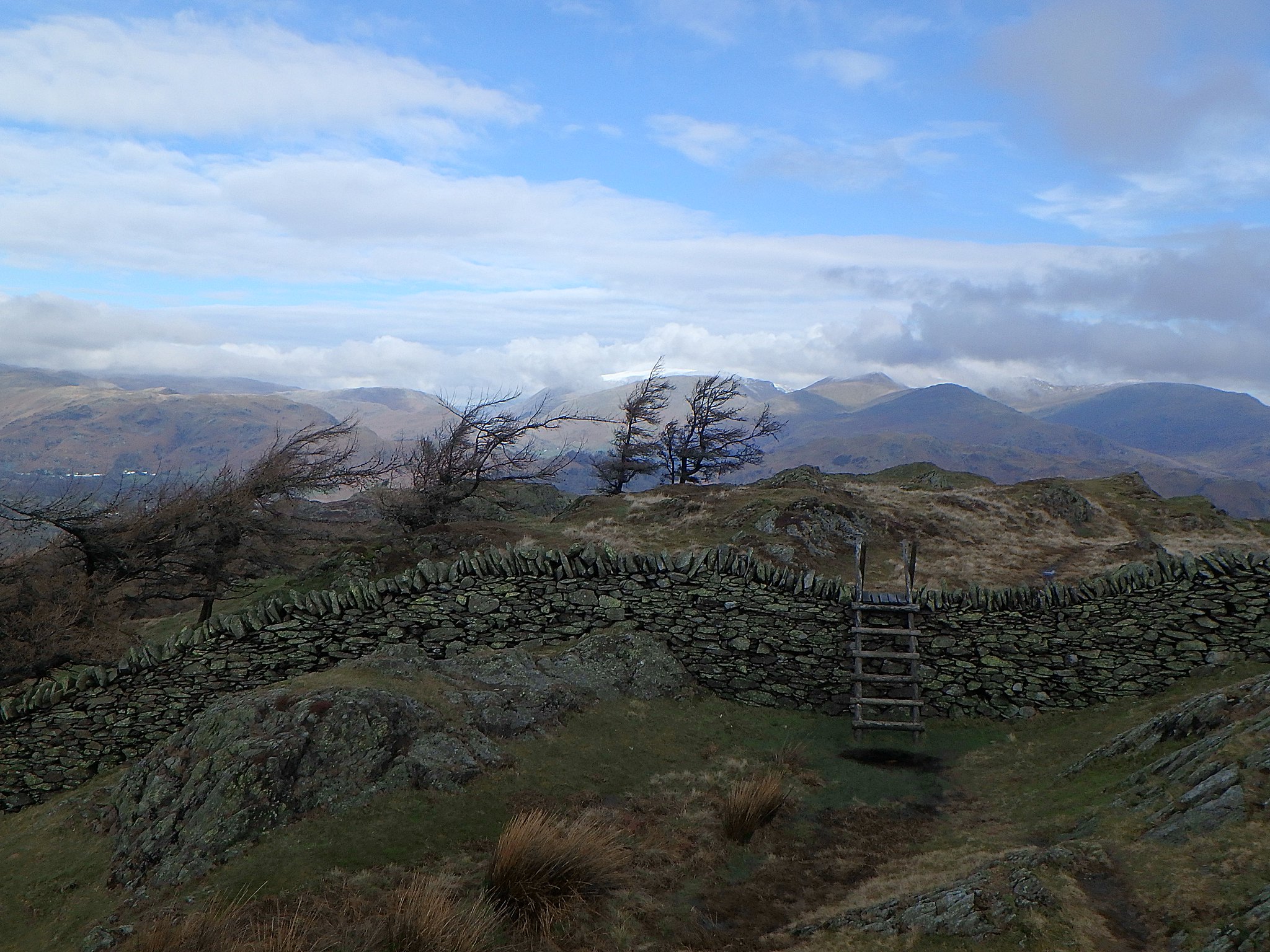 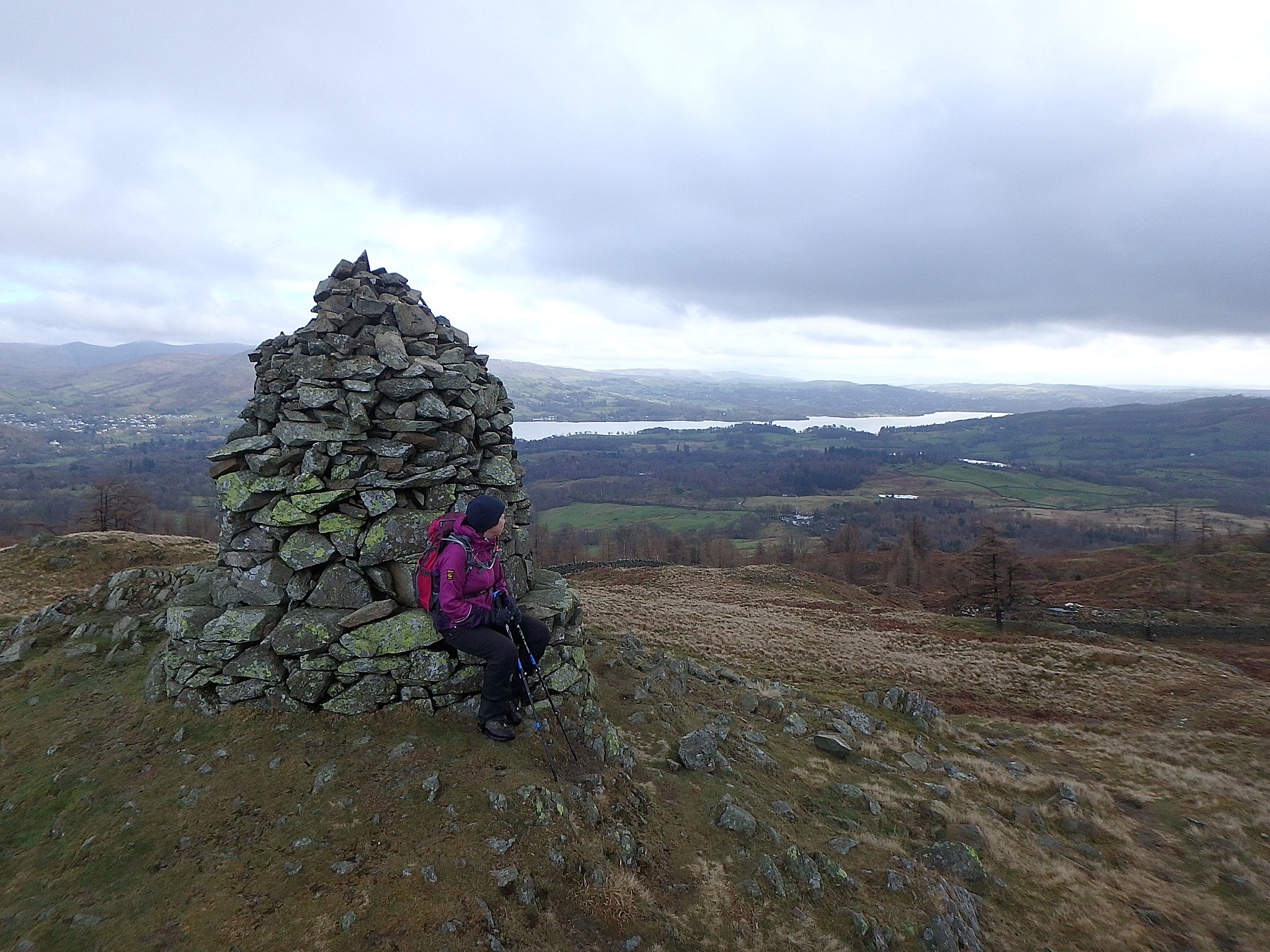 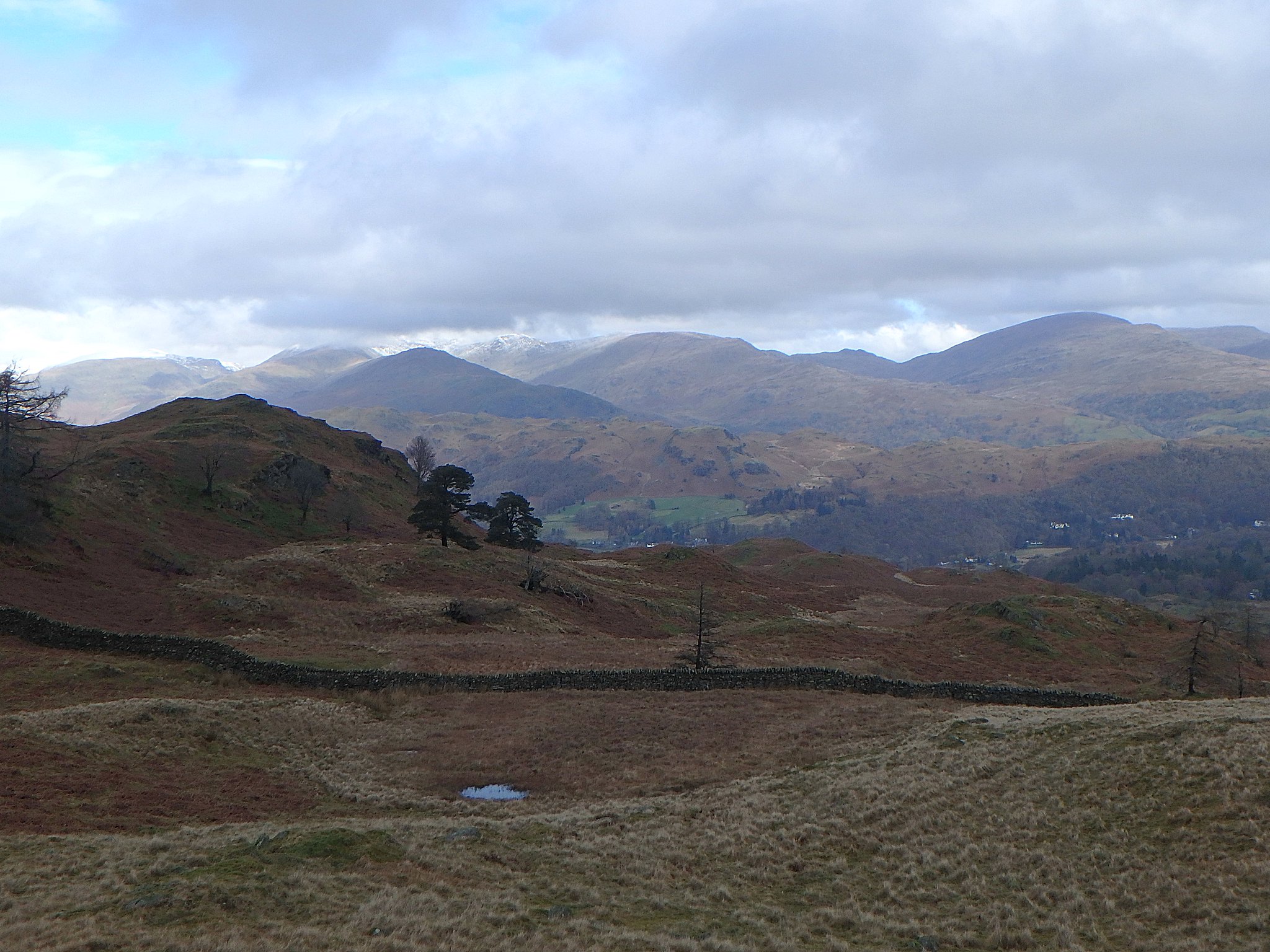 Looking at the map before our walk there was no clear way over to Holme Fell, on the summit of Black Fell however we could see one definate path heading in the direction of the farm at High Arnside NY333017 so we took that, it was a bit boggy in places but it lead easily to the farm where we picked up the farm road that took us down to the A593 where opposite there's another metalled track that heads towards Hodge Close, we took this.

At the farm High Oxen Fell(marked on the map) carry on through the gate onto a loose track, this decends a bit and splits, take the left track that heads towards disused reservoirs and continue on the path that goes to the left of them. Stay on this path and it takes you to the summit of Holme Fell.

On the way up Holme Fell. 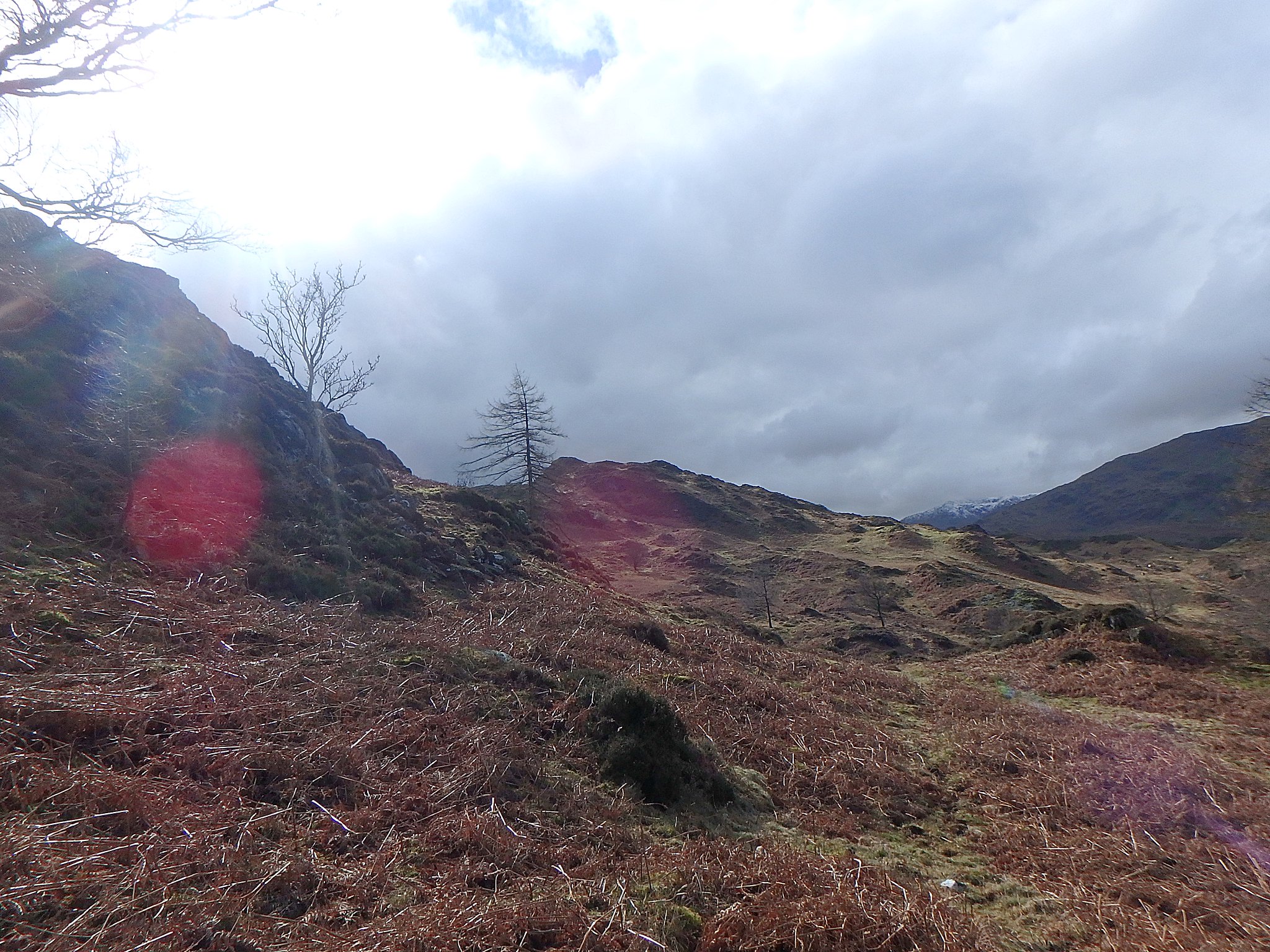 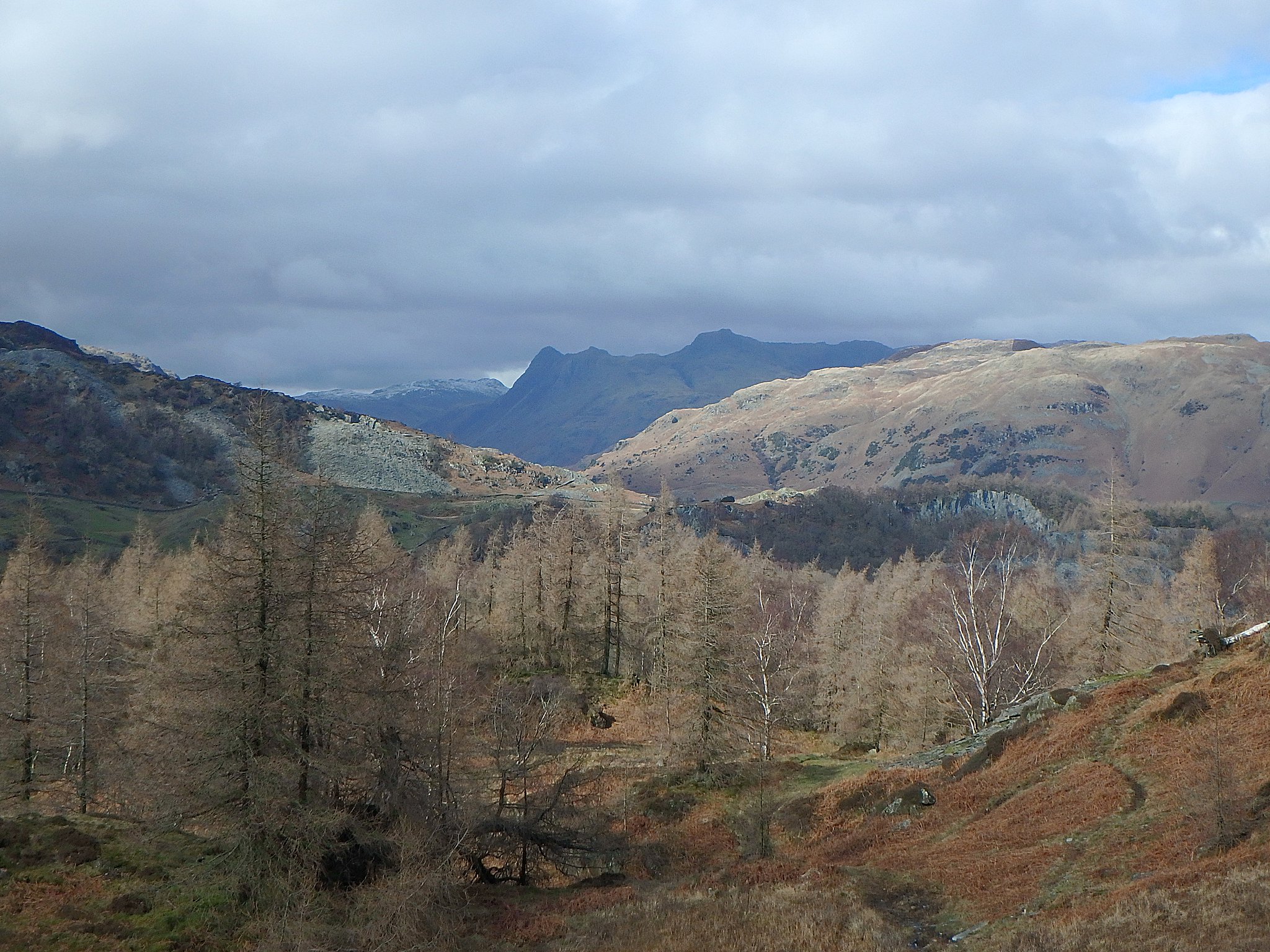 Not sure, I think that's Wetherlam? 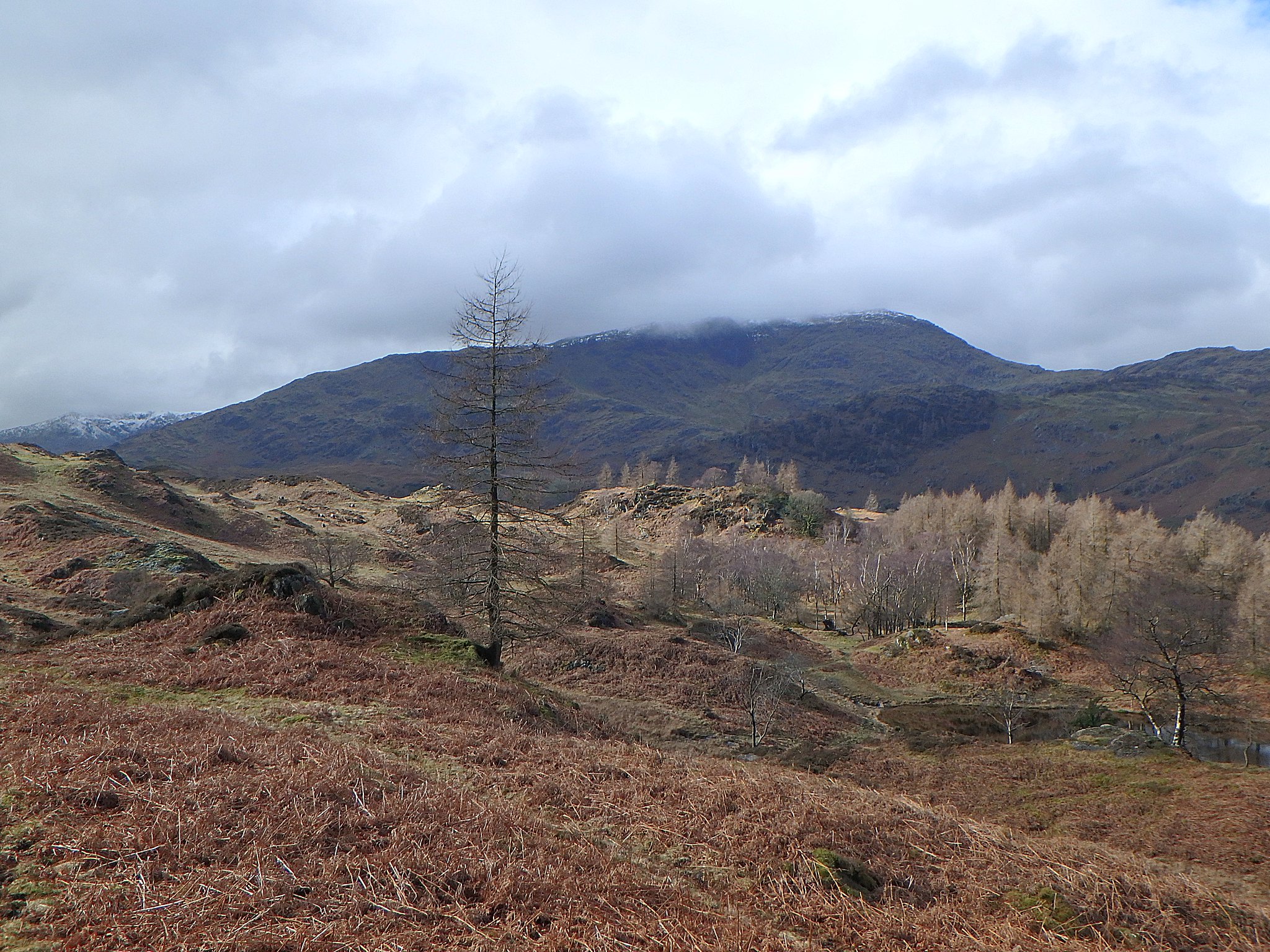 The first cairn we came to on Holme Fell but I don't think its the summit. 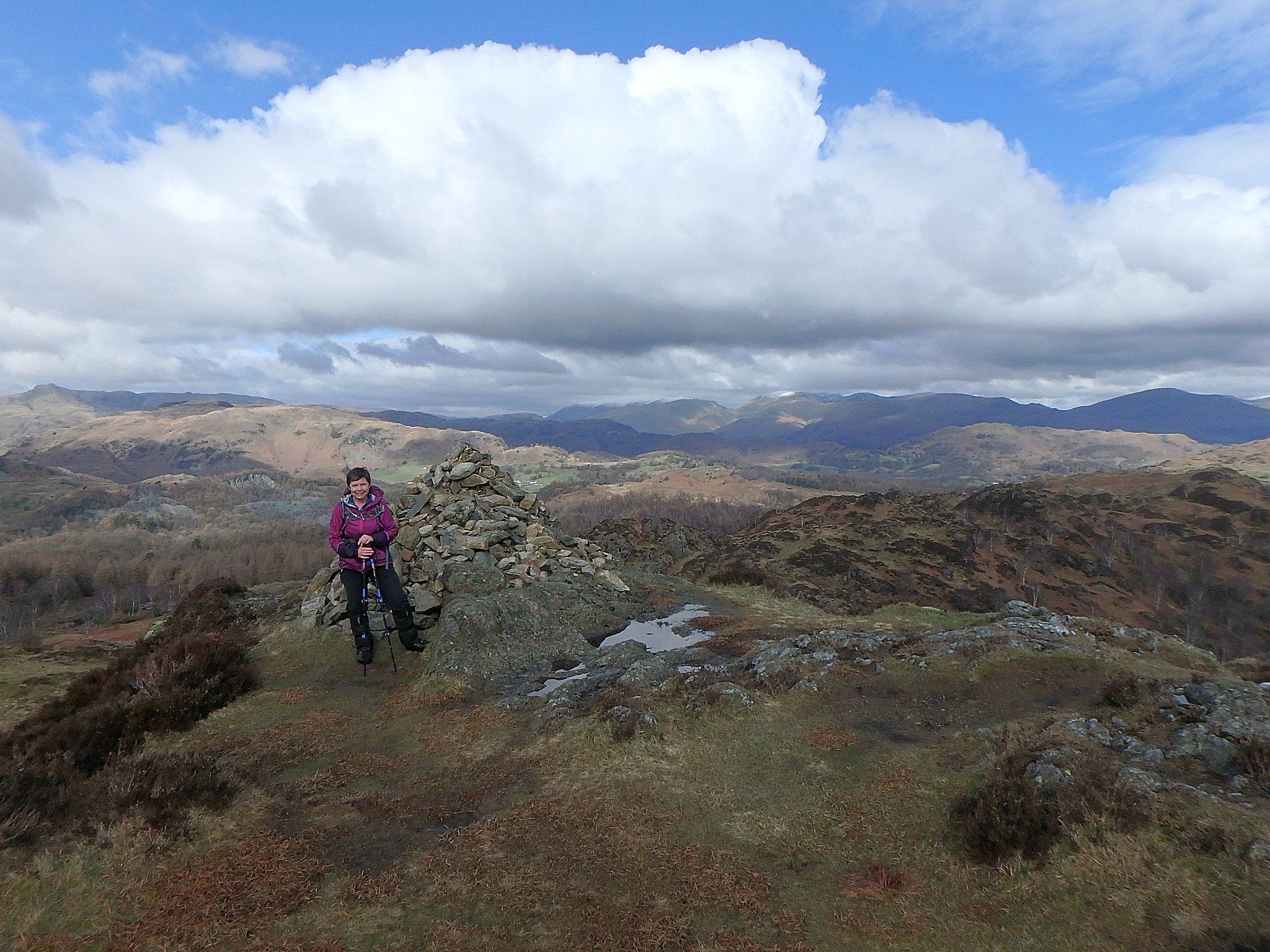 But the views were good. 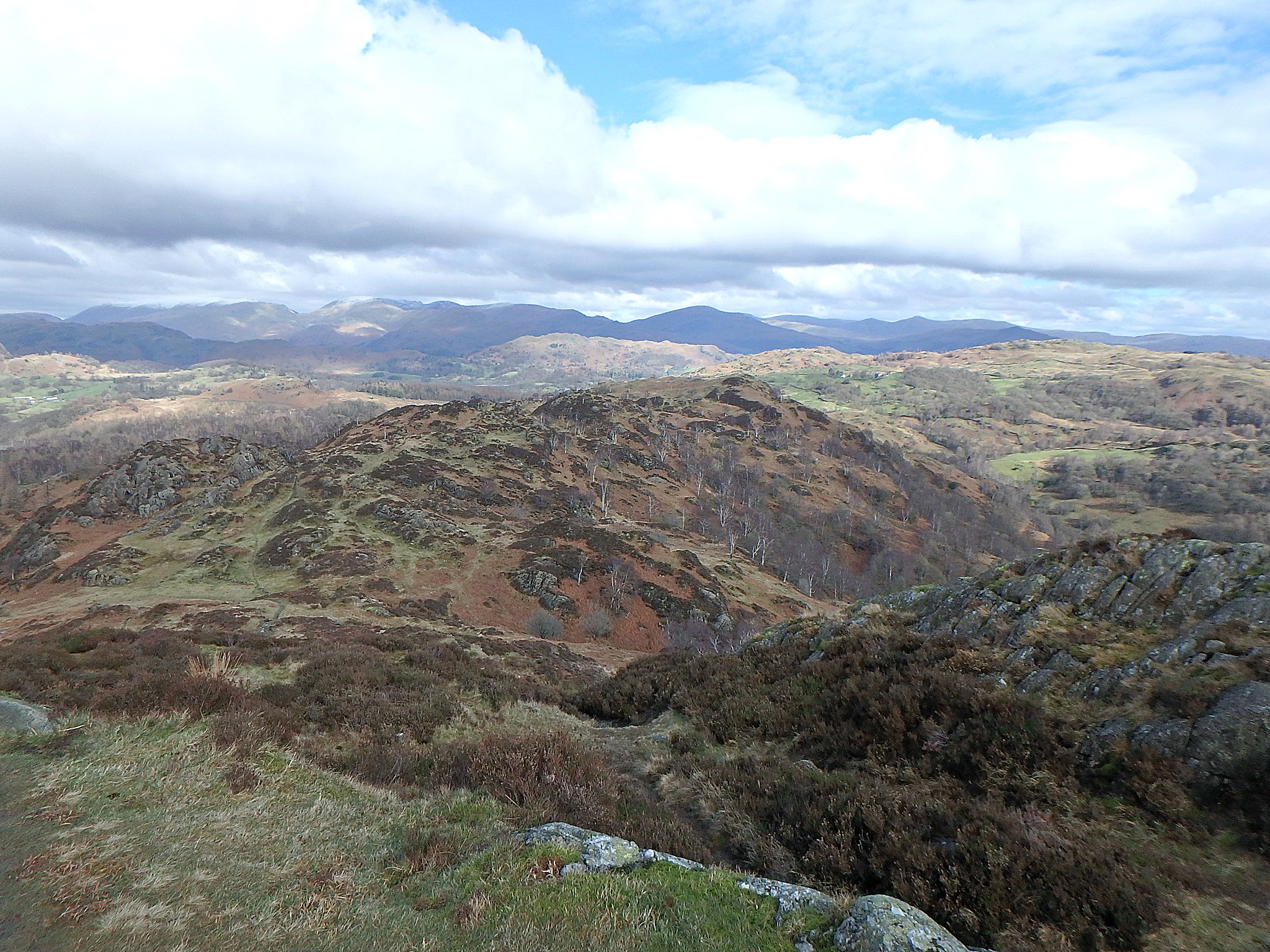 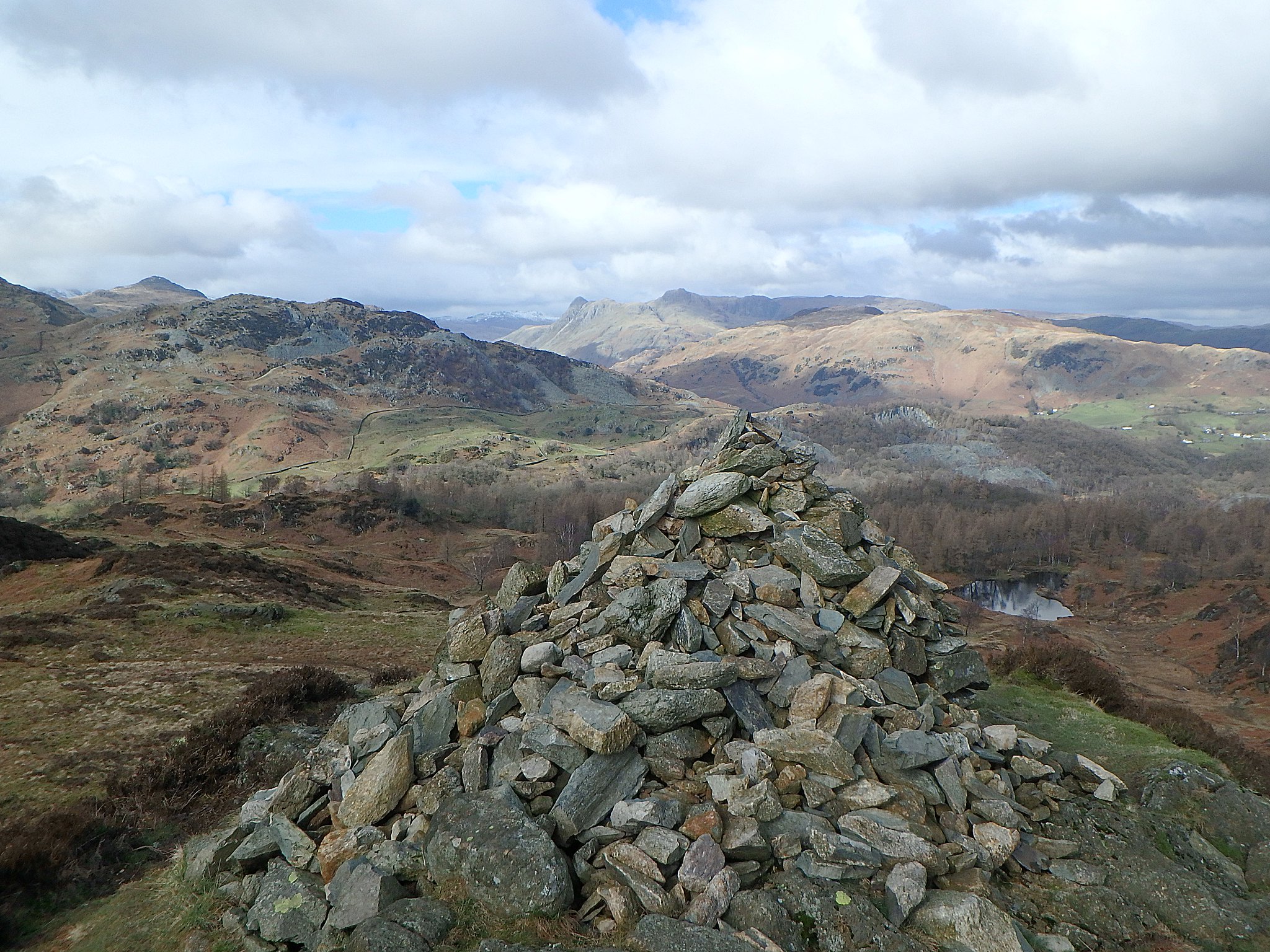 This was the higher of the two cairns, from the first one you have to descend and then a little steep climb to get to this one. 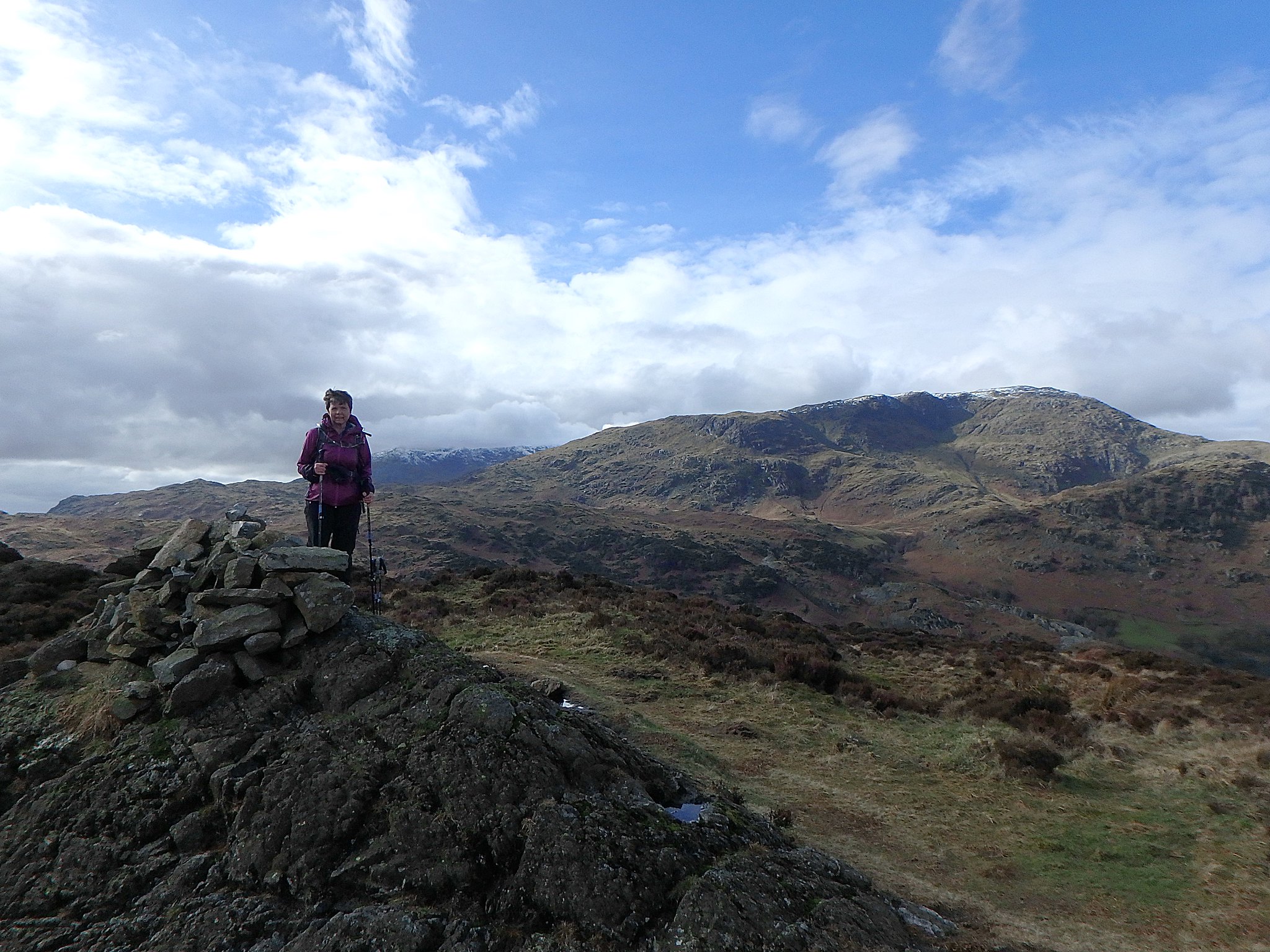 Again, the views are good. 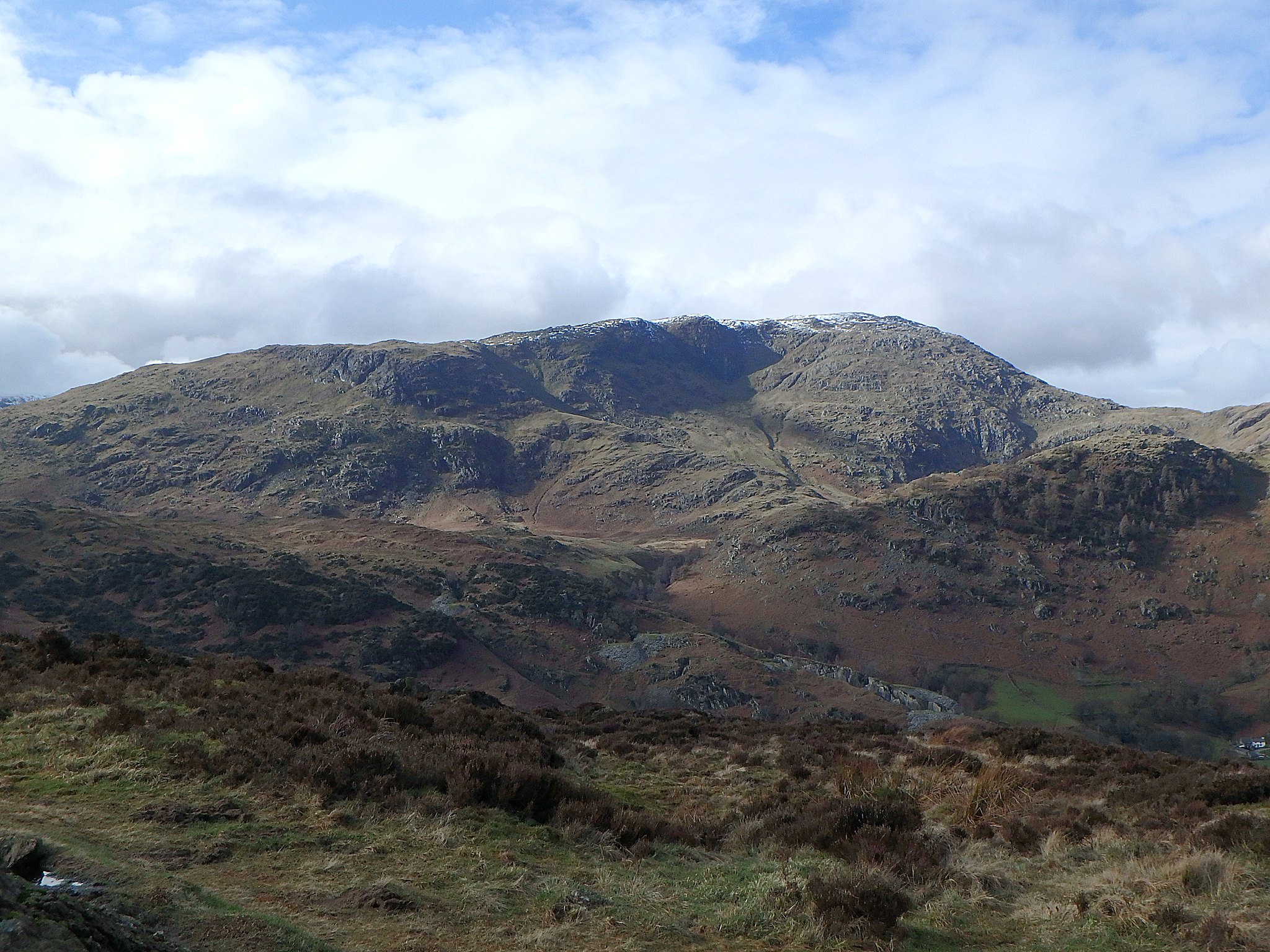 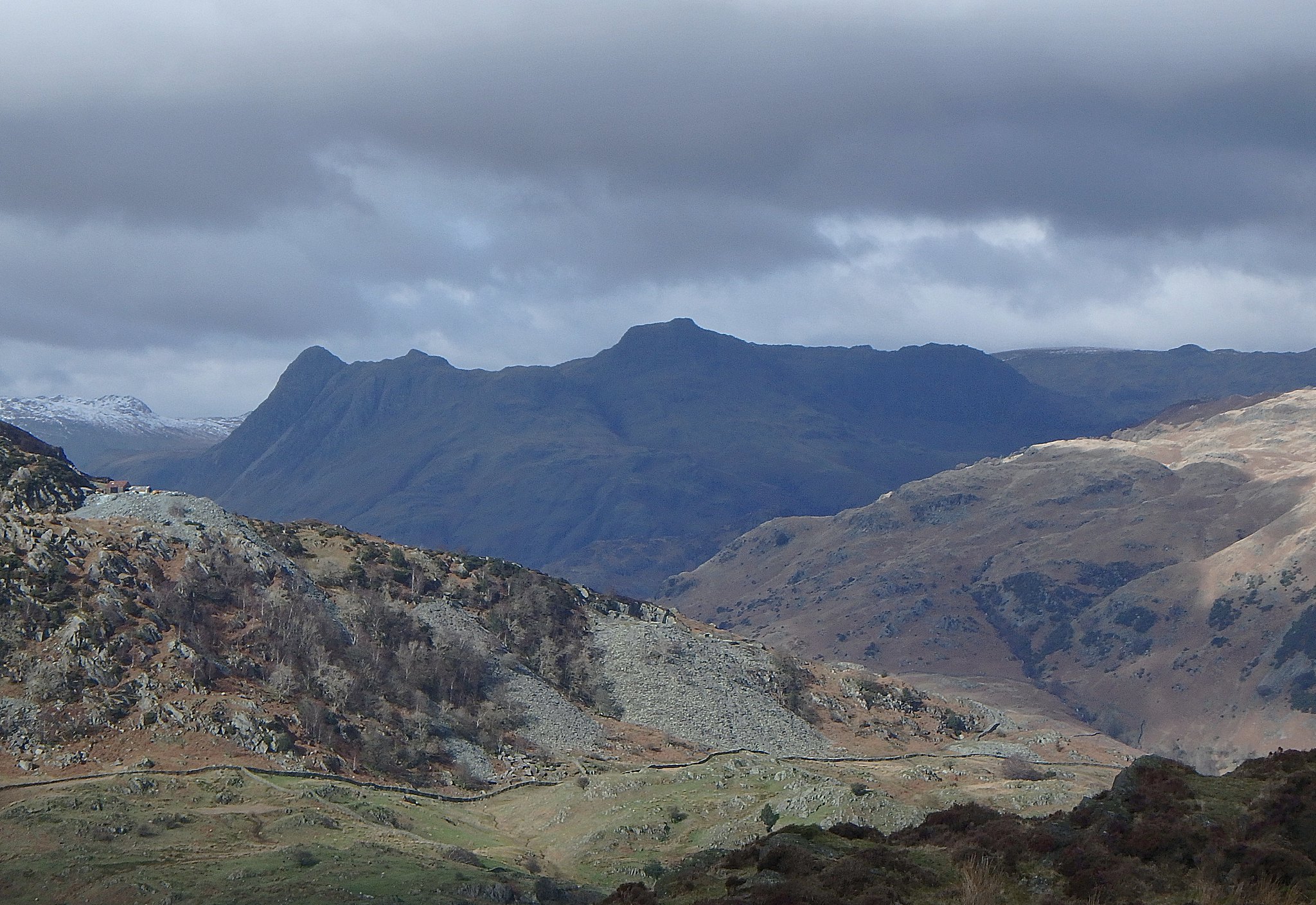 We had some good views but the weather was beginning to change, we had lunch just below the summit away from the breeze, by the time we set off down from the Uskdale Gap we felt some spits and spots of rain, luckily that's all it amounted to.

The descent was steep in parts but we soon got down, the car park was packed when we got back so our earlyish start proved to be a wise move. 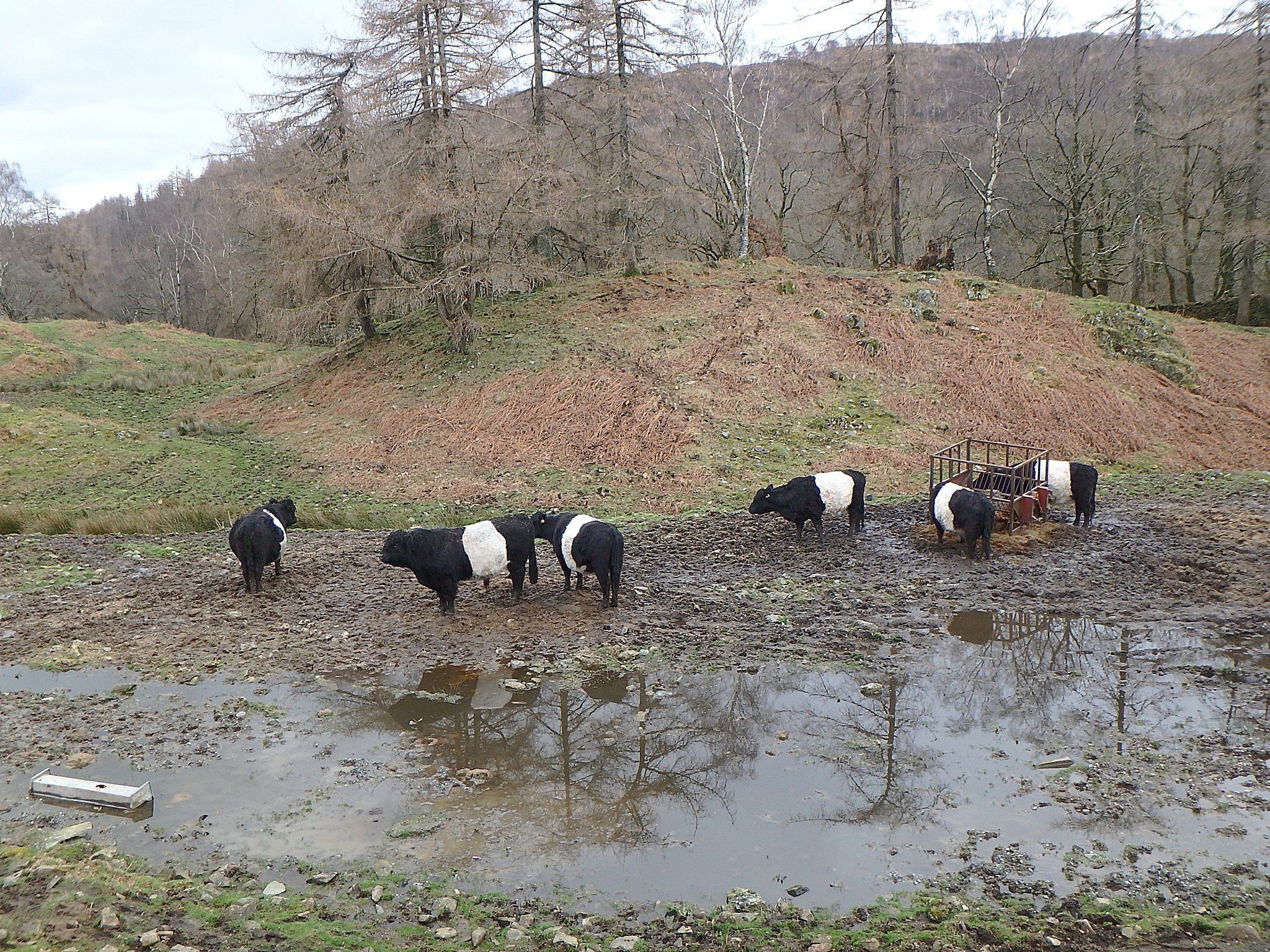 Denise legging it past them 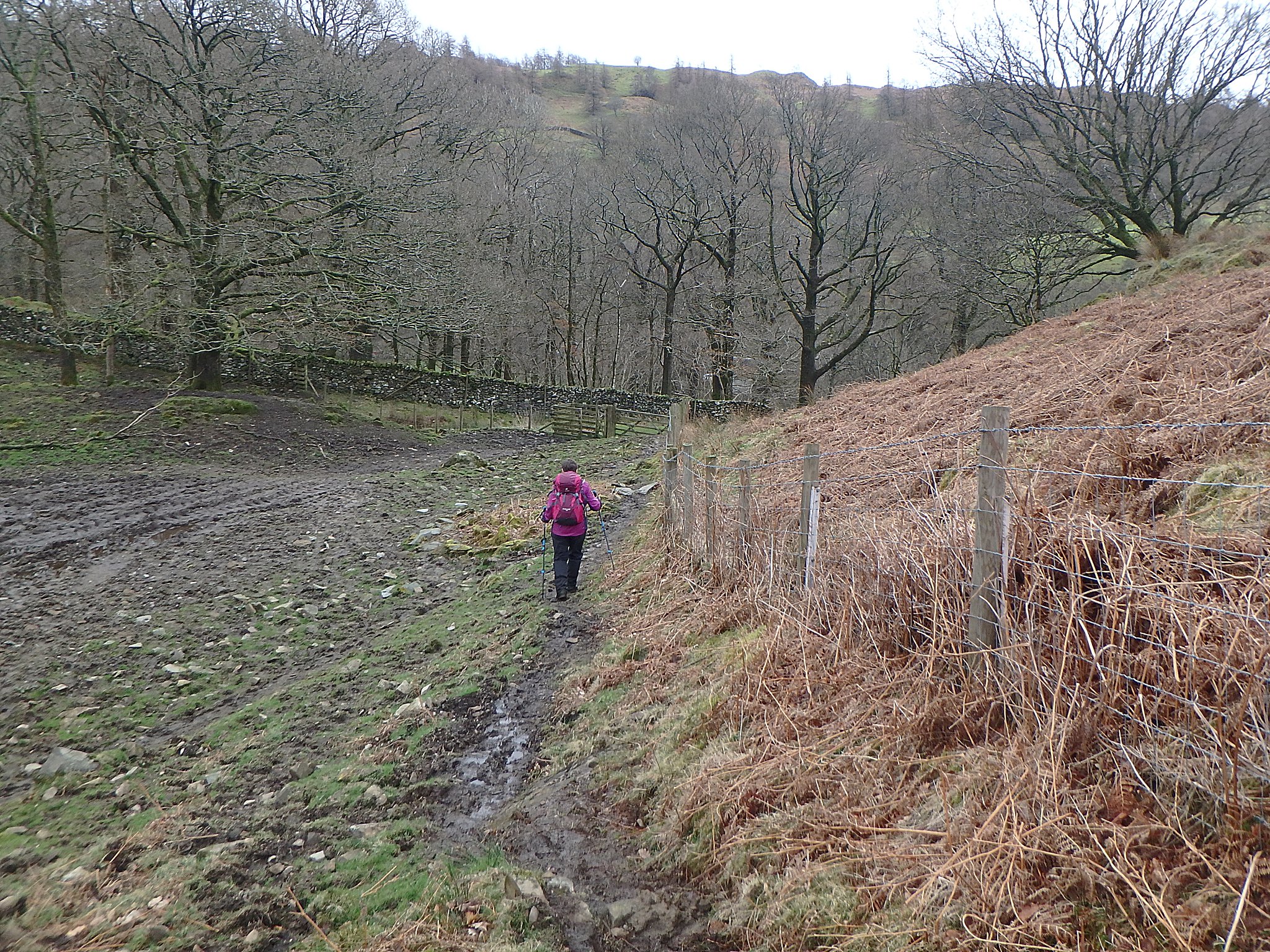 Mind you, I was just as far away from them as well

We enjoyed this outing, it was just right for a pre drive home walk.

We're hoping to visit the Lakes again soon, looking at my Wainwright map, we've got some stragglers to do in the area, well, it's as good an excuse as we'll get

Re: These two go well together.

Any excuse to get back there eh Martin, and after a day like this I can see why. Cracking pics mate