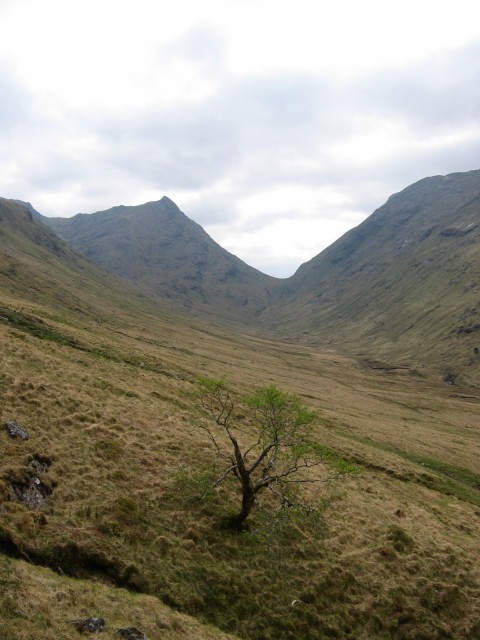 I had spotted it on my way towards Cape Wrath 3 years before and was delighted to be tackling it at last. It had rained in the night but the day promised to be reasonably clear if a tad windy. Ran out of gas so not a good start to the day, without a cuppa.

We parked at the forestry car park at NM929798 and a short way back up the road turned off up Gleann Dubh Lighe. Tip: don't try to get through the pedestrian gate on the left hand side if you have a rucksack on - you will get wedged in!

The walk along the glen is very pleasant with lots of little waterfalls. After crossing a bridge you arrive at the bothy and a bit further on the glen widens out and there are views of Streap. 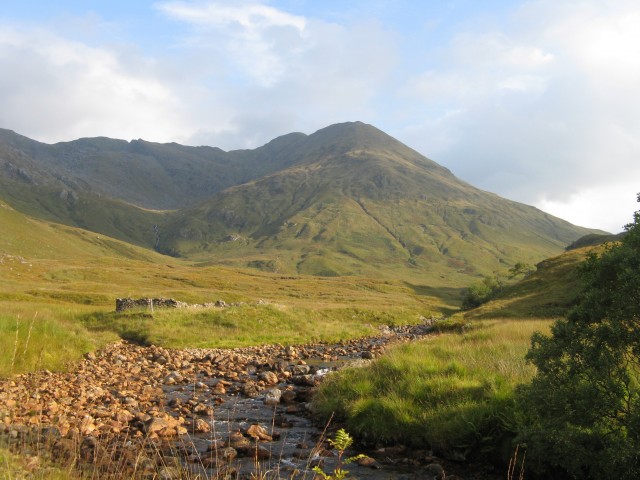 Streap from the bridge

The path crosses another bridge over a deep pool - of which more later - and then just about disappears. So we ploughed up through tussocky, wet grass to the bealach between Beinn an Tuim (why isn't it a Corbett?) and Meall an Uillt Chaoil. There were some little snakes in the grass. Didn't see them clearly but they were small and greyish and moving very fast - much faster than me! Then on up to the summit of Meall an Uillt Chaoil and along the undulating ridge to Streap. 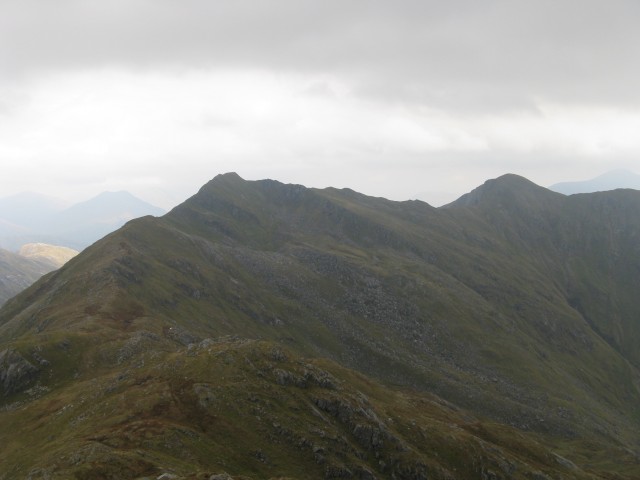 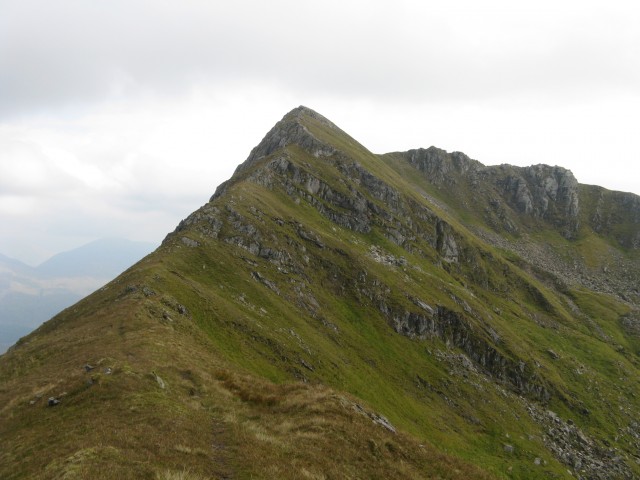 and then all of a sudden you are at the summit cairn. The wind was very strong at this point so we didn't hang around but went down across some rocky ground before climbing steeply up to Streap Comhlaidh. 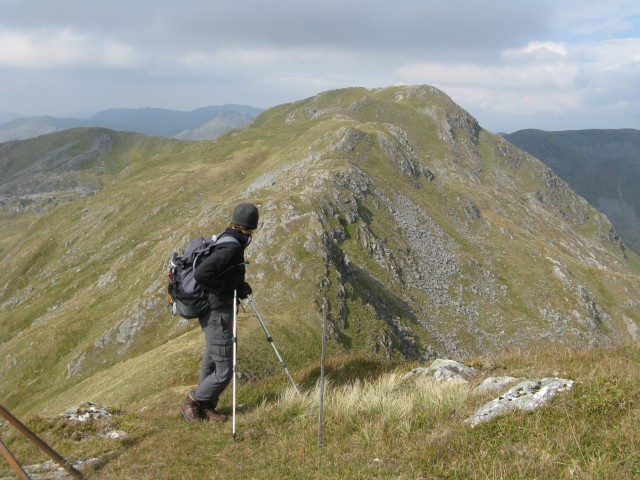 Streap from the start of the ascent to Streap Comhlaidh

I found the descent down the south ridge quite taxing on the knees and was glad to reach the path by the burn again. 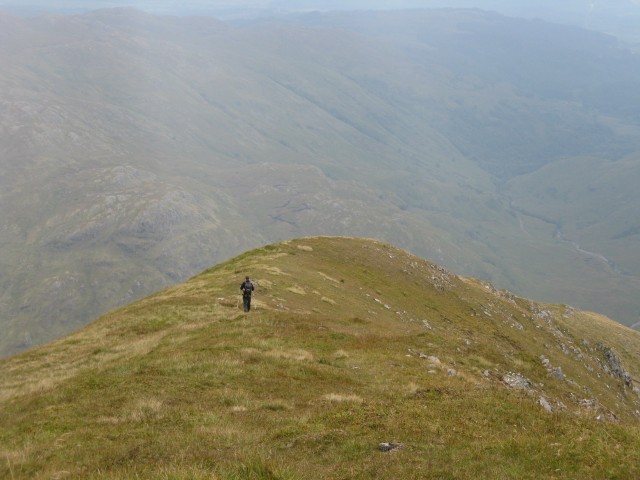 The ground was then rather boggy as we made our way back to the bridge with the deep pool. It shimmered in the sunlight and looked so cool and inviting I couldn't resist. All it needed was a couple of minutes immersion

and I was sufficiently revived to tackle the walk out. The first cup of tea of the day at Glenfinnan Station was most enjoyable (with a scone, only 2 quid!).

And then the long drive home.

One of my favourite hills.

Tea and scones at the station, nice one.

The last pics I saw of the steep ridge of Streap looked okay - yours make it look scary again! Sob!

It's fine. You can walk below the ridge line most of the time.

Looks like a very enjoyable walk, thanks for this!

I am less than familiar with the hills around Glenfinnan, but now this will definitely be one for the future!

I haven't been walking around Glenfinnan before either. I'm going there for the day next weekend (boat trip), got a feeling I'll be back after that

I haven't been walking around Glenfinnan before either. I'm going there for the day next weekend (boat trip), got a feeling I'll be back after that

We know where you're going!

Thanks for the reassurance on the 'arete' Boots