6 hours of clag for some Biggar hills

6 hours of clag for some Biggar hills


Forecast looked pants for further north (and not great for south either tbh) but I thought the area around Biggar looked ok, with it set to improve later on. I fancied a decent walk; partly therapy after a long week and also because the knee-recovery program demanded it. So off I went - didn't get up horribly early and enjoyed the drive of just over an hour. Parking in the layby near Birthwood I got my stuff together and set off. There were several other cars parked but I wasn't to encounter any other walkers all day!

Initially I followed the WH route along the road, turning off up the track and then immediately right onto the ridge up to Fell Shin. It was steep and tough going and I took the opportunity for some views.

I have since discovered that these are grouse butts. Could also be good for sheltering in bad weather 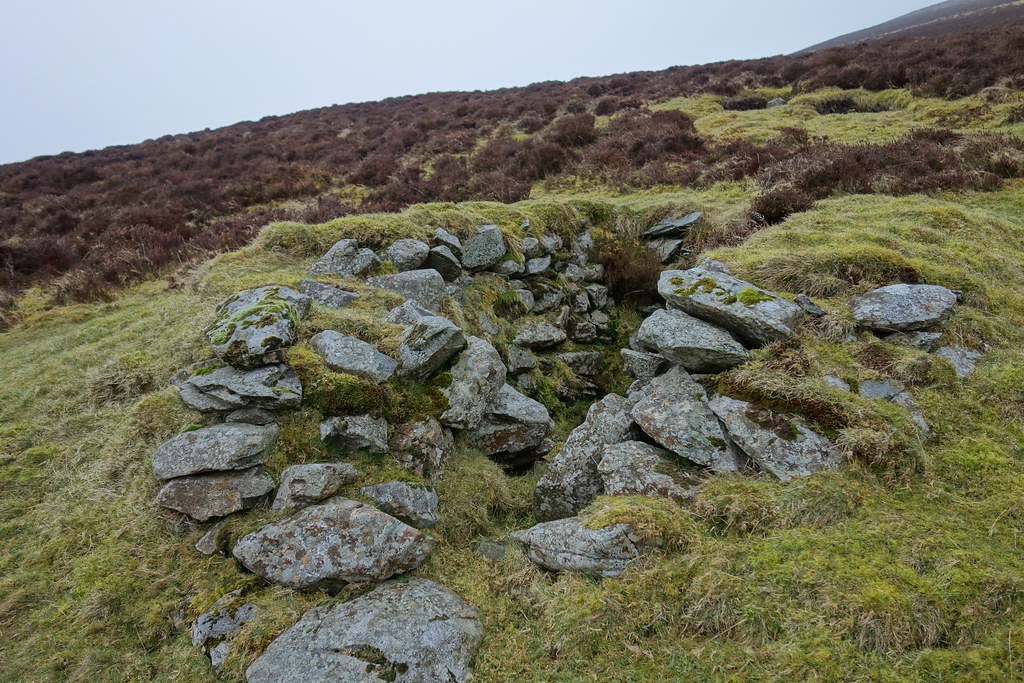 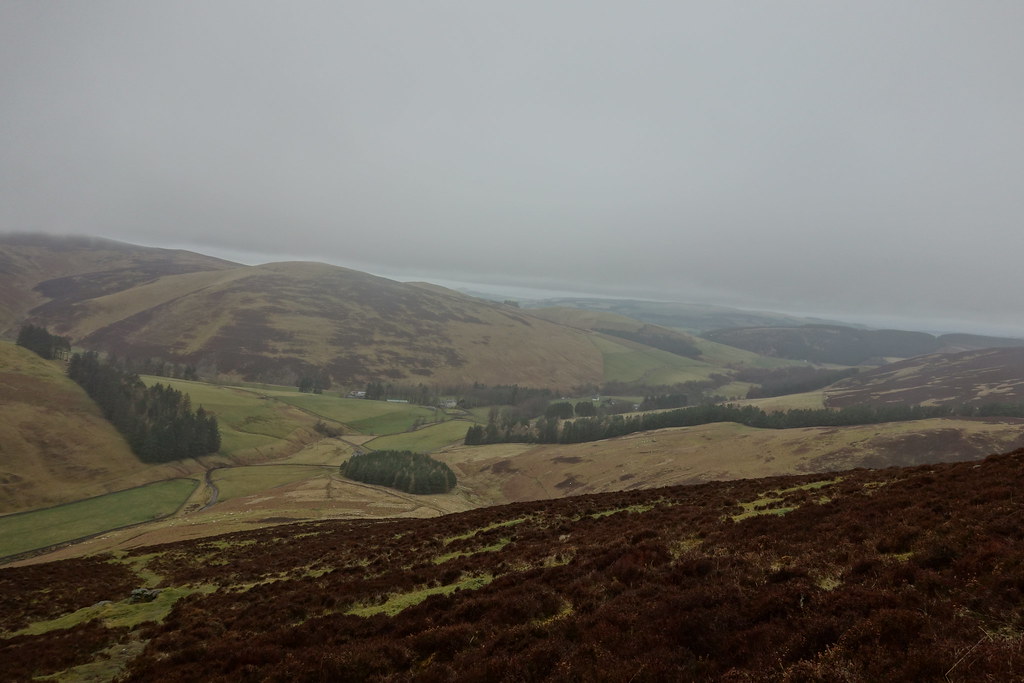 Soon I was into damp clag and before long it had turned to actual rain so I stopped to Goretex up. Fortunately the worst of the climb was over and it was an easy and boggy (but apparently never ending) stroll to the top of Culter Fell, marked by a large trig but giving up nae views! 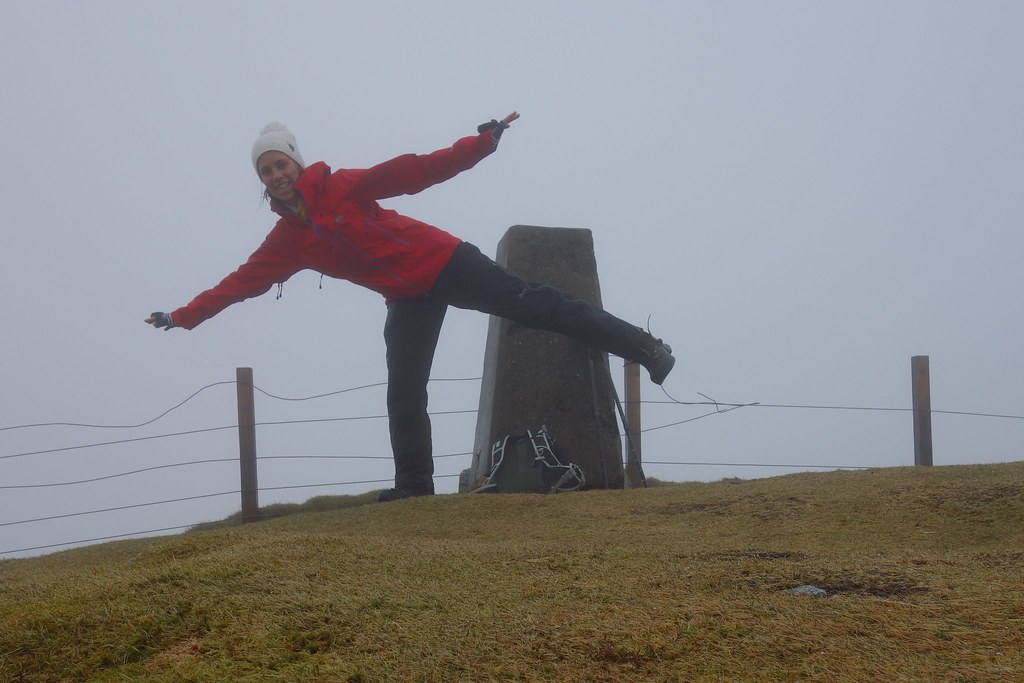 From here I was to follow laconic surf's route out to Chapelgill Hill because...why not! The onward route looked super enticing 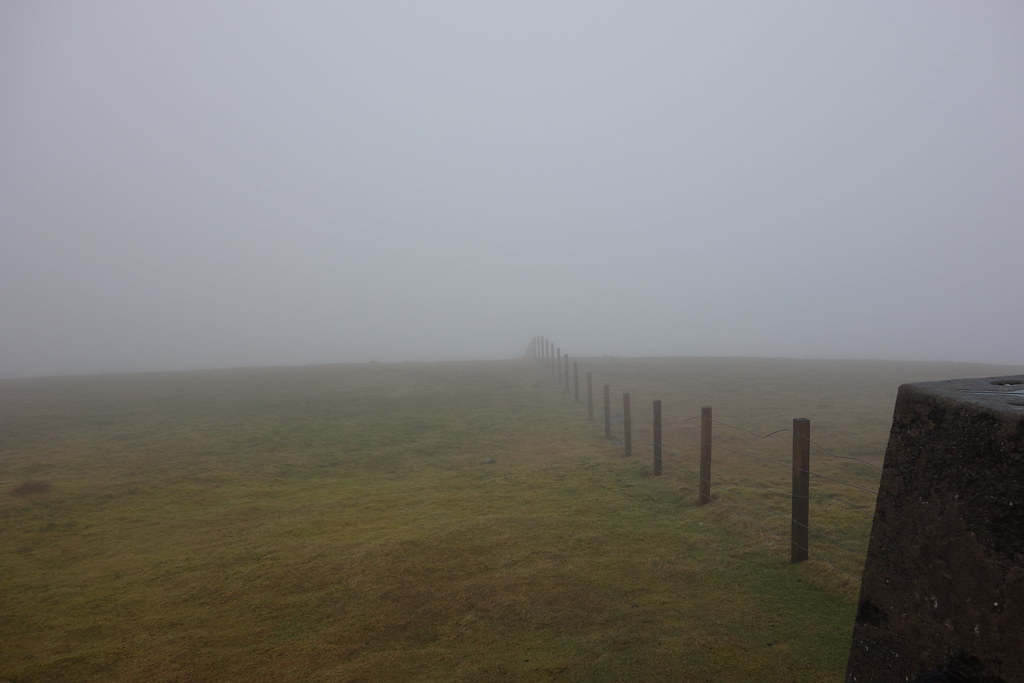 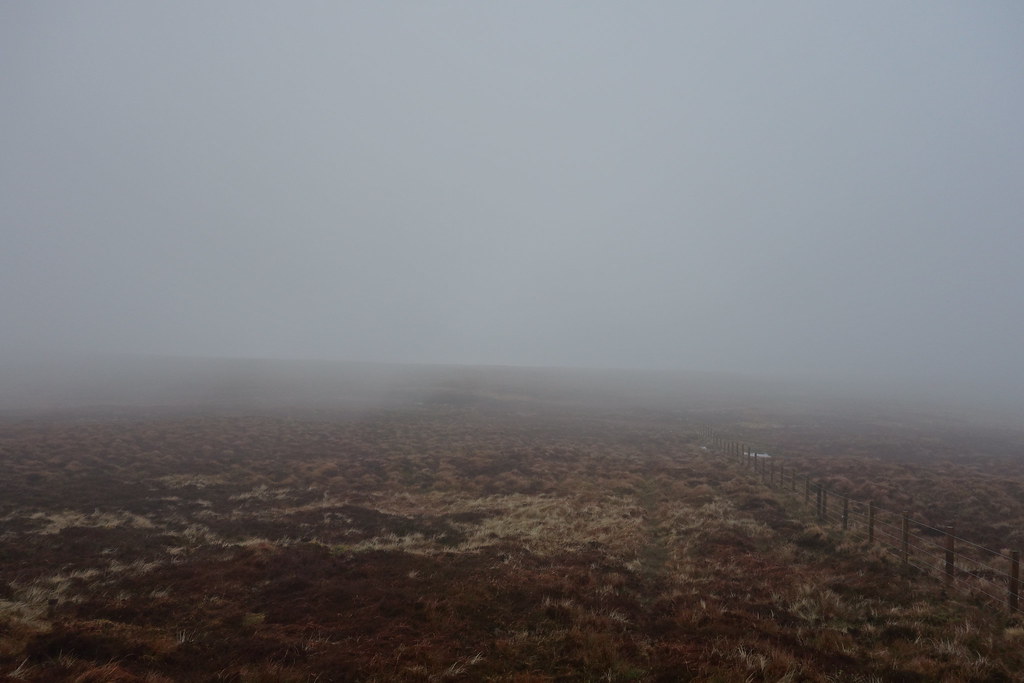 ) and waded my way along the fence passing King Bank Head and Dun Knees and finally up to Chapelgill Hill. 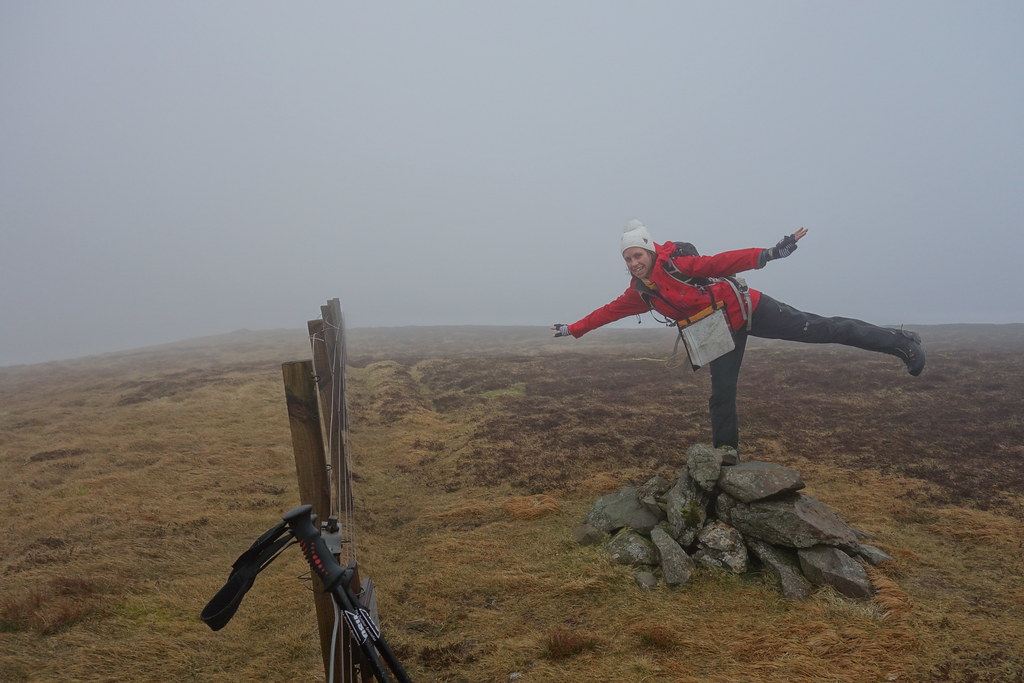 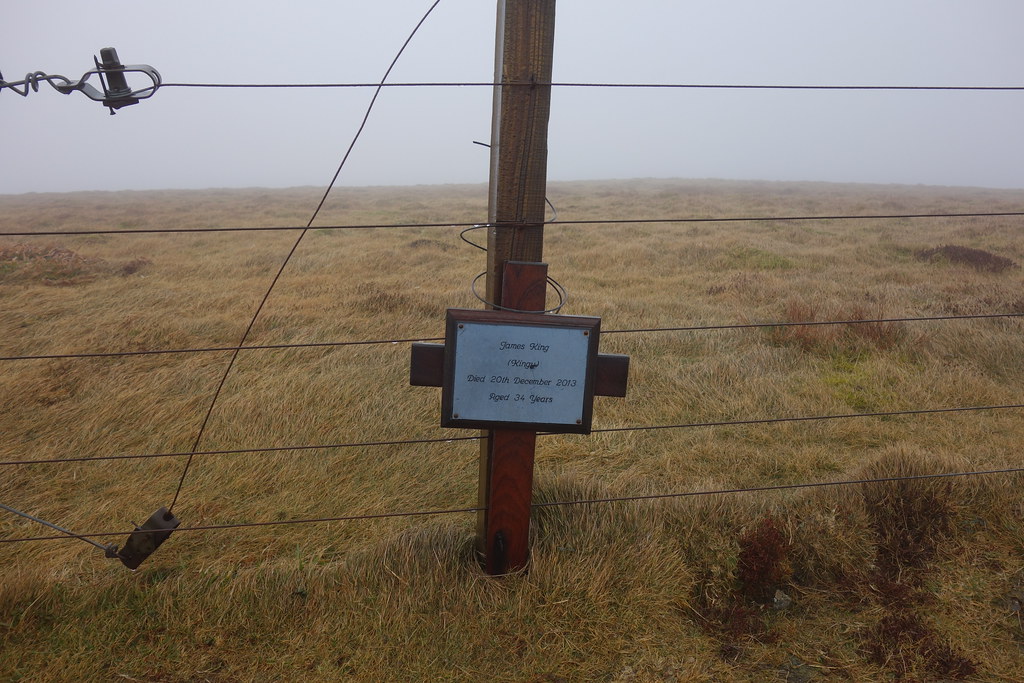 Back along the fence to Culter Fell and I felt like the renascent to the trig was about to finish me off! Fortunately it was slightly easier for a while, and I followed the fence towards Moss Law and Holm Nick where I picked up a track for the ascent to Gathersnow Hill. 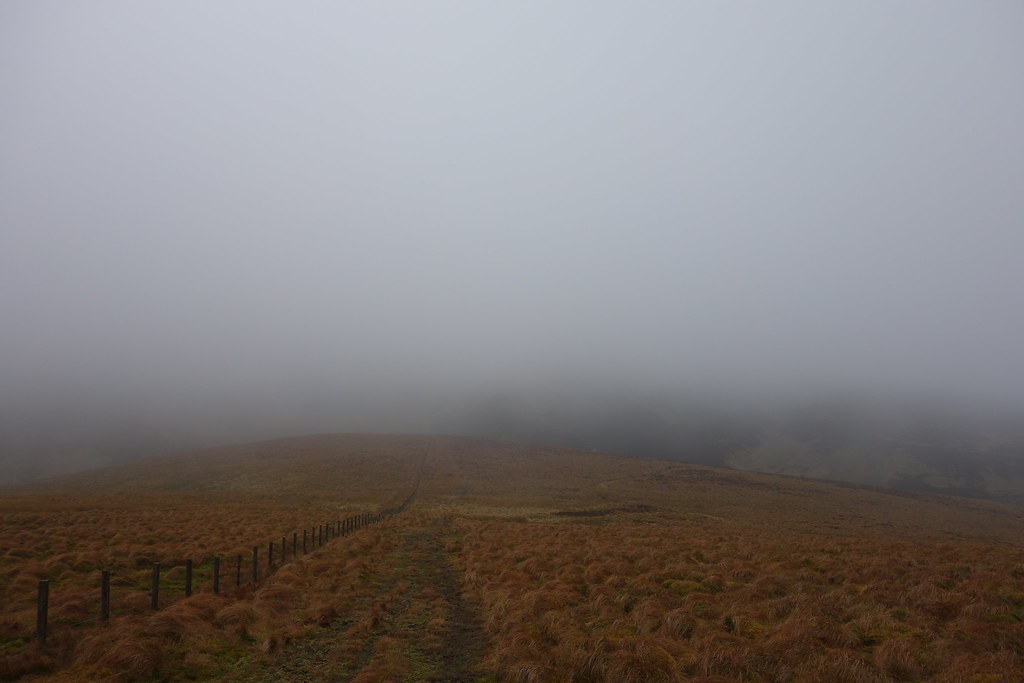 I was actually out of the clag briefly here, although it made no difference as everything else was still in clag

I plodded slowly on, enjoying the slightly more solid ground underfoot. The track became grassy and soggier but led me without difficulty to the summit of Gathersnow Hill. The views were predictable. 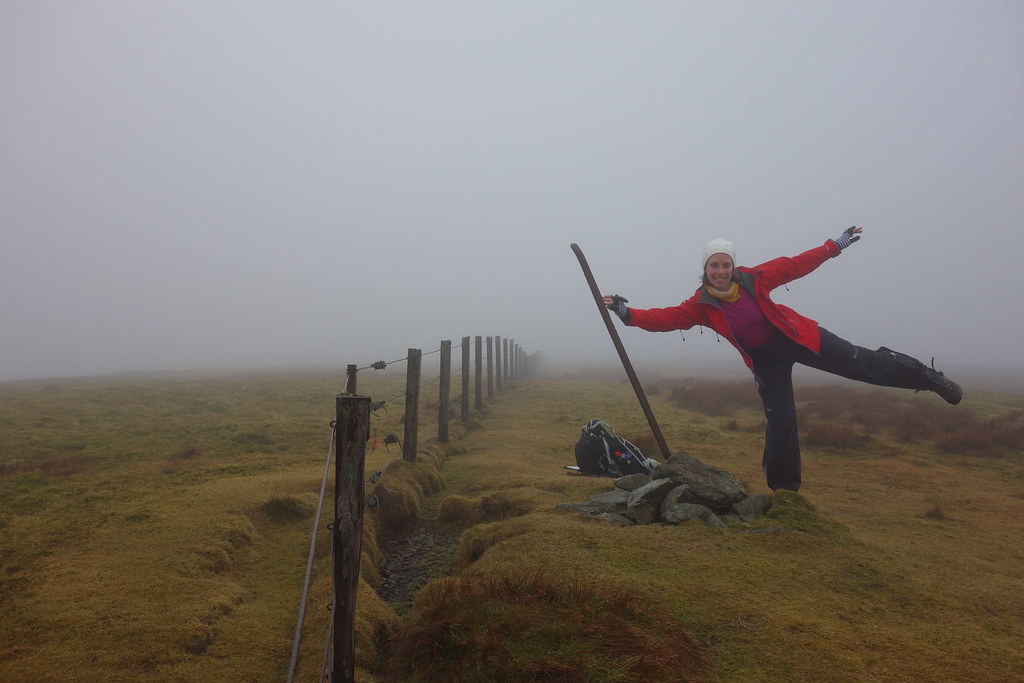 Nae point hanging around, I had a quick drink and continued following fenceposts all the way to Hillshaw Head. 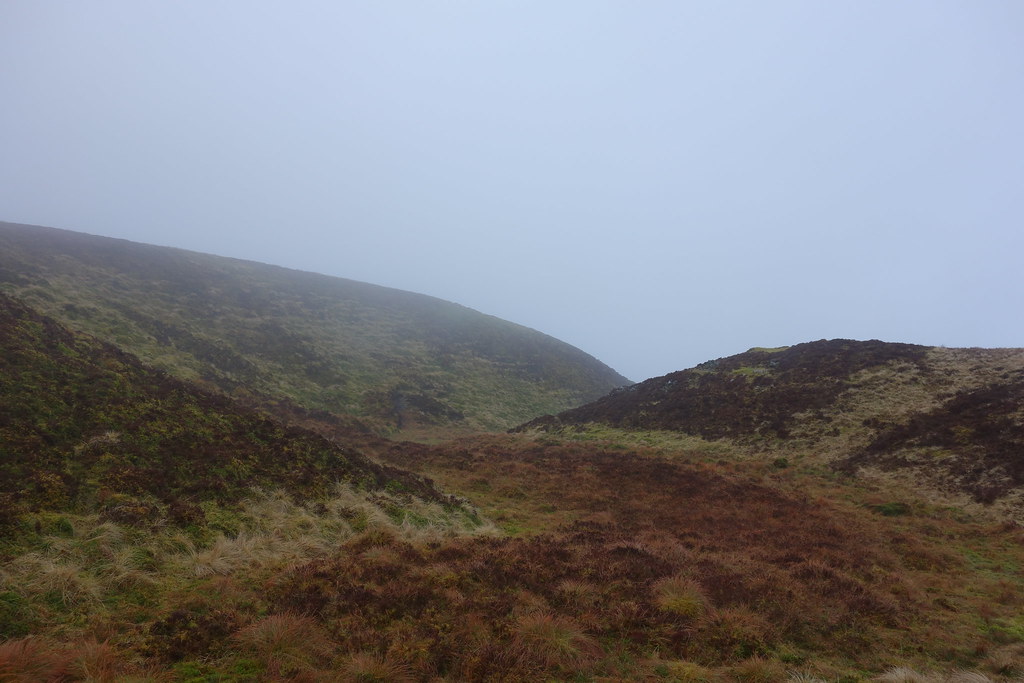 It was quite boggy… 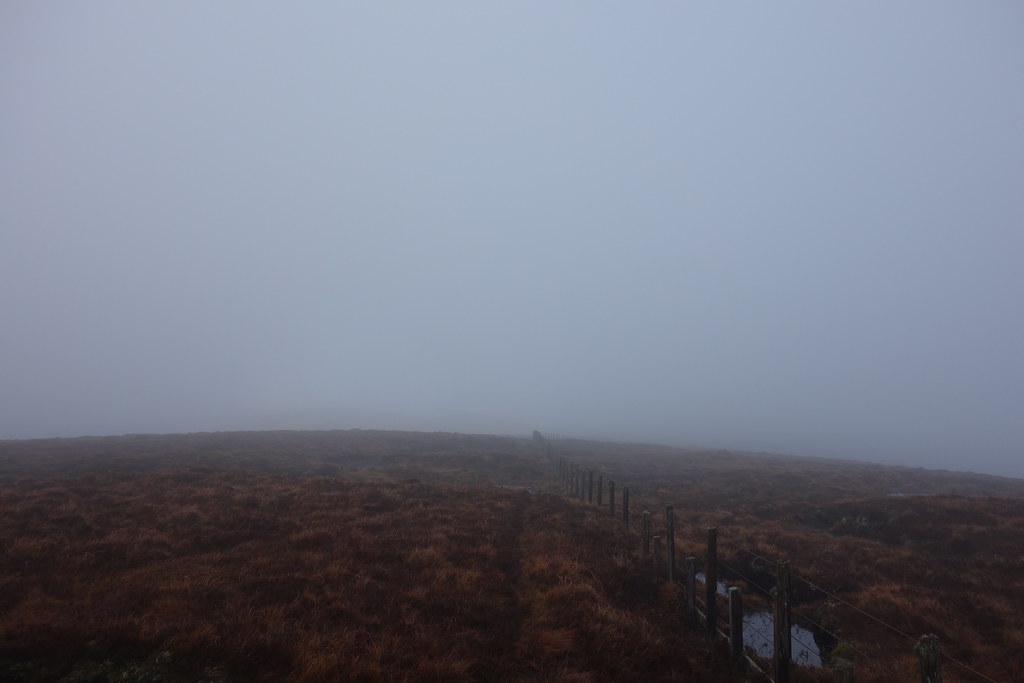 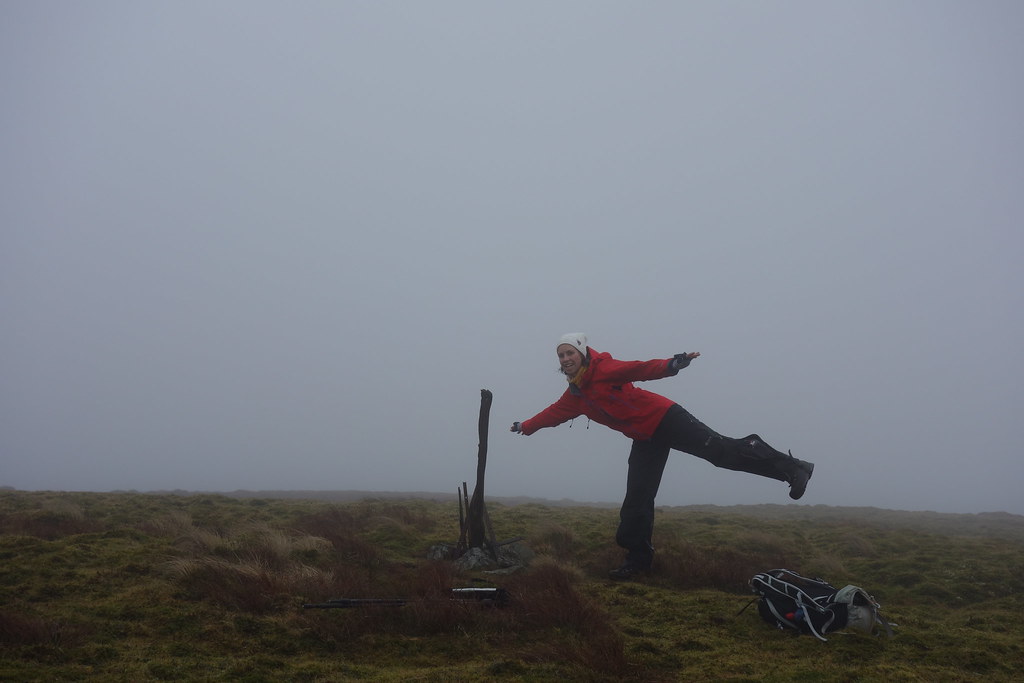 A quick retrace of my steps saw me heading towards Hudderstone. Soon I started seeing comforting signs like this... 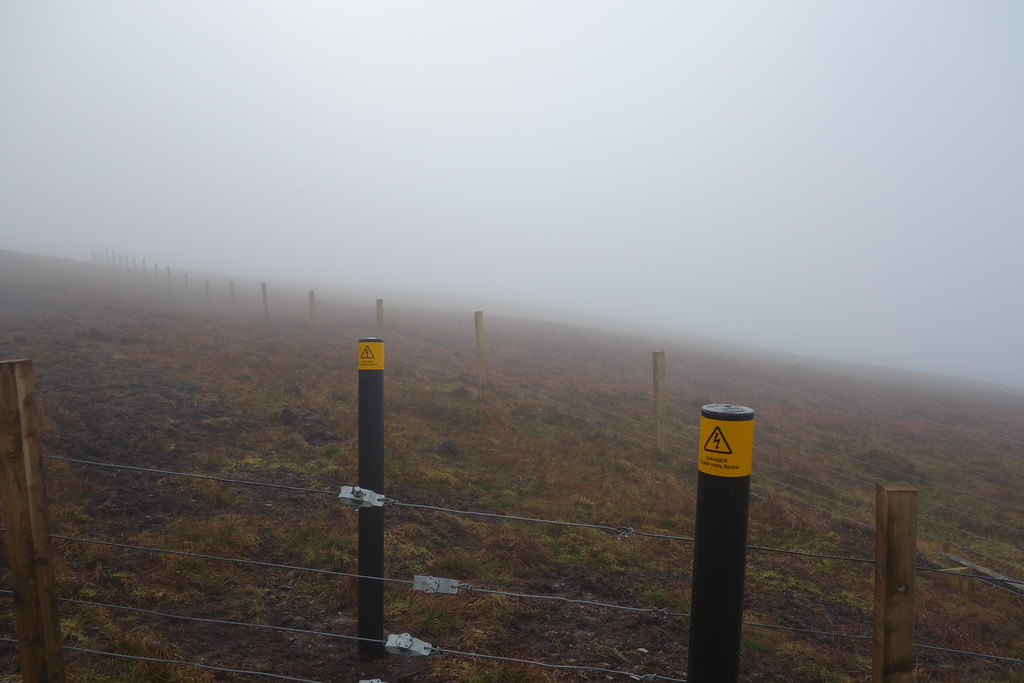 And before long came upon a big grey road. In the limited visibility it was pretty sinister. I continued along the fenceposts for a while as I couldn't see where the road went, but then came upon some people making a wind turbine.

Do you wanna build a wind farm? 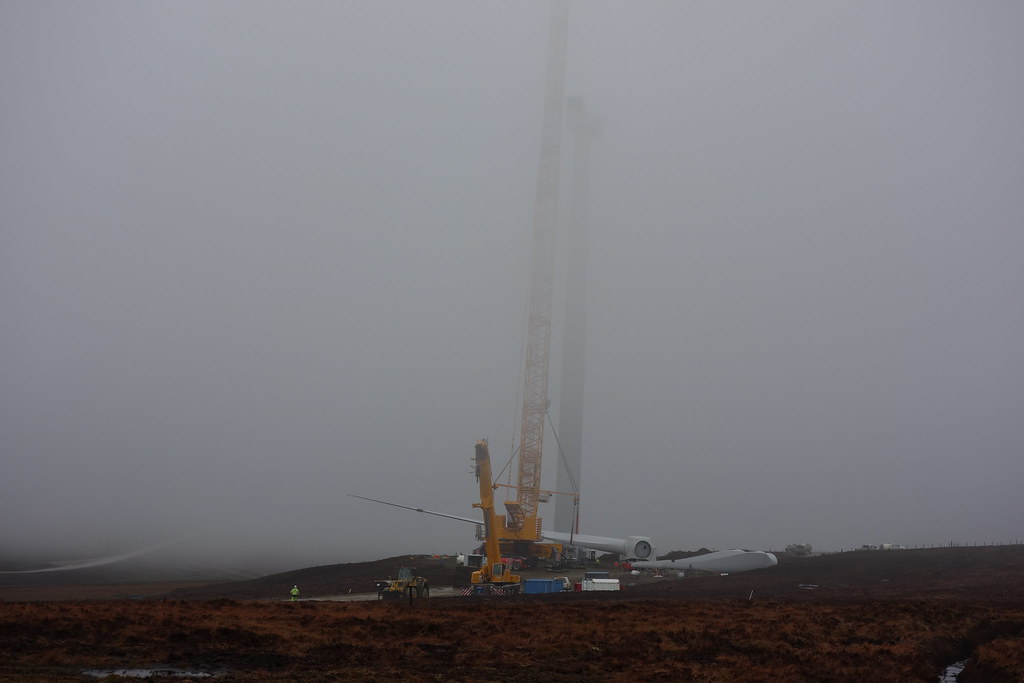 I squelched my way to the road and enjoyed some easy walking for a while. A few trucks drove past me giving me some odd looks

I followed the track up to turbines 11 and 12 before cutting back to the fence and a track of sorts, which turned out to actually be boggier than the bog

I was finally getting some sort of views from here... 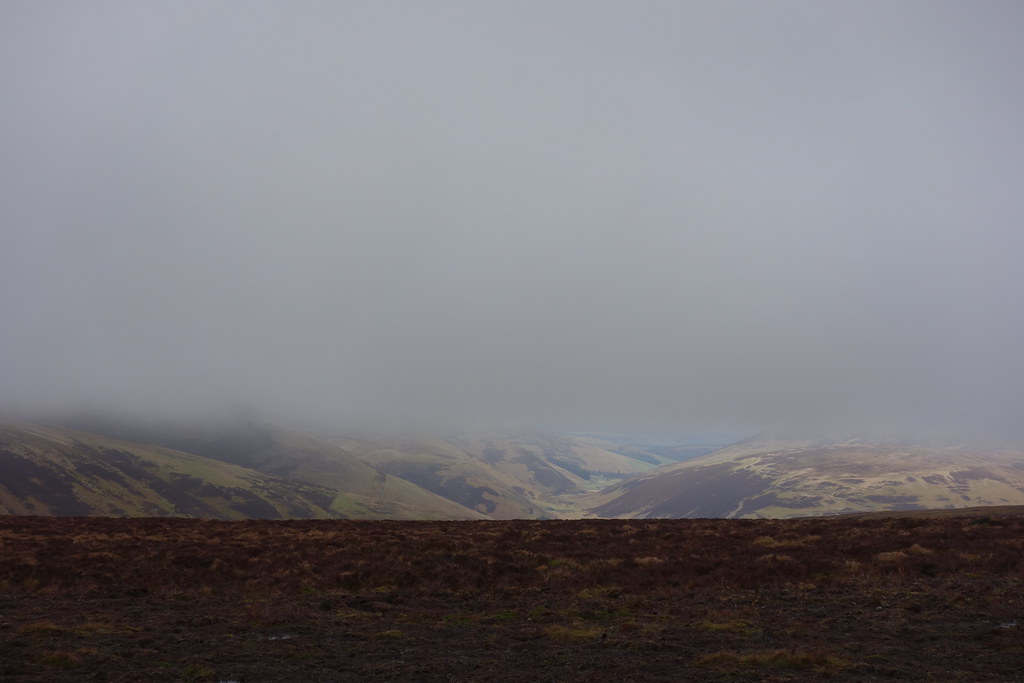 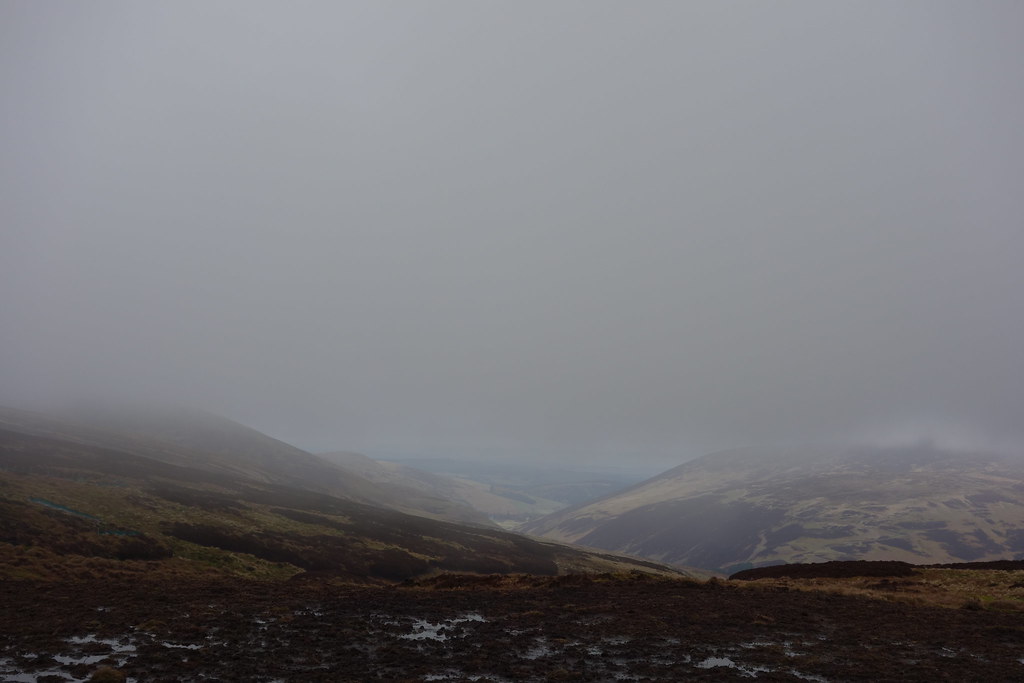 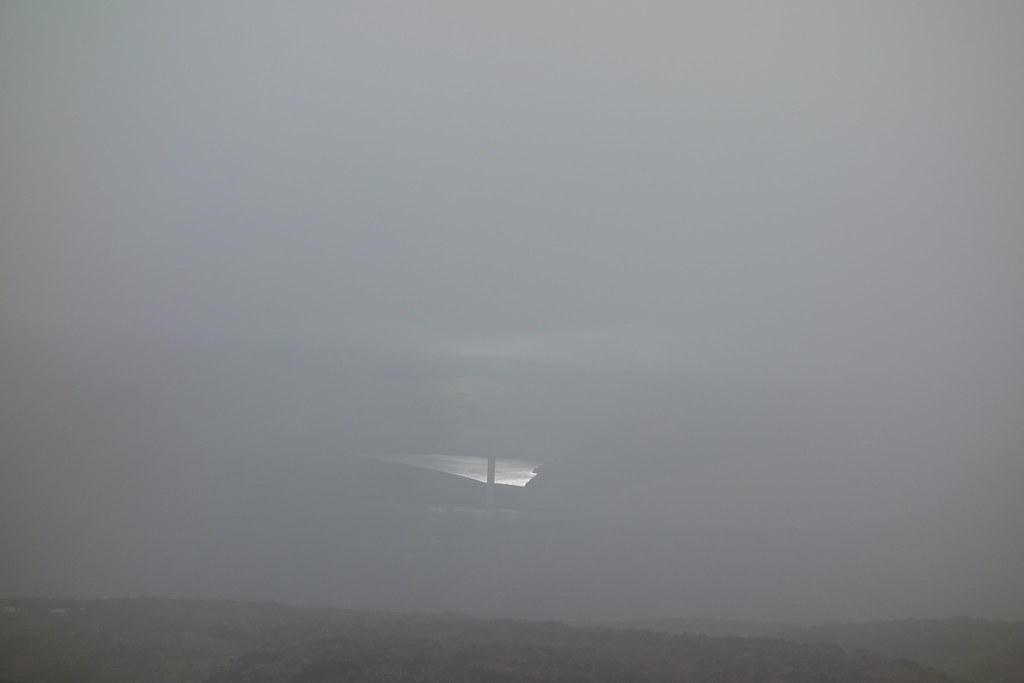 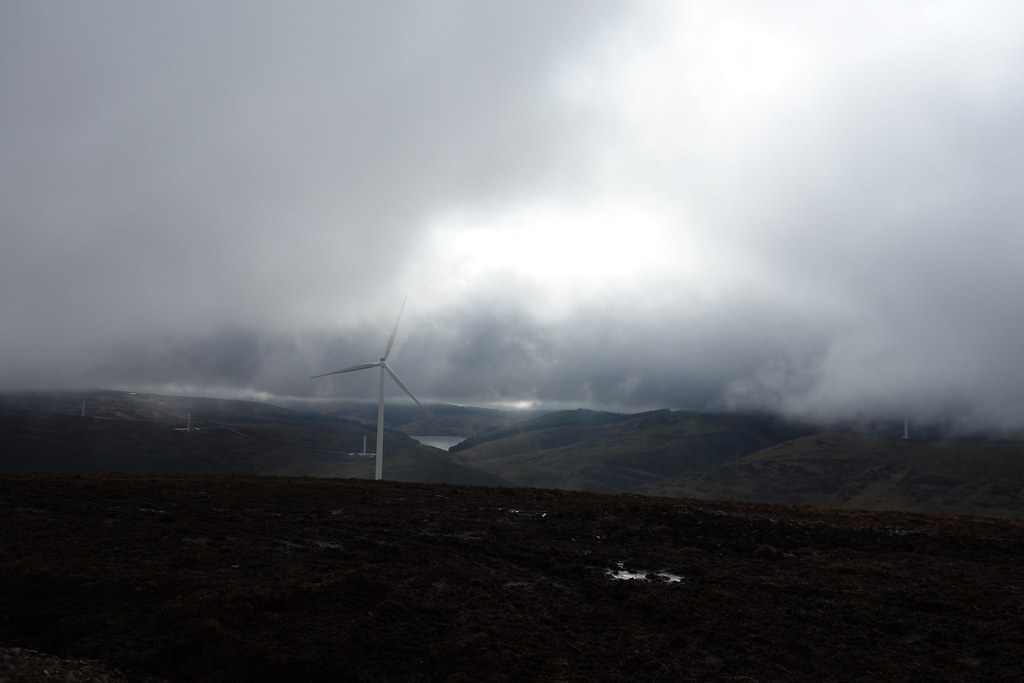 It was an easy walk up to my final summit of Hudderstone, back in the clag unfortunately making it 5 out of 5 claggy summits but it felt brighter and wasn't raining. 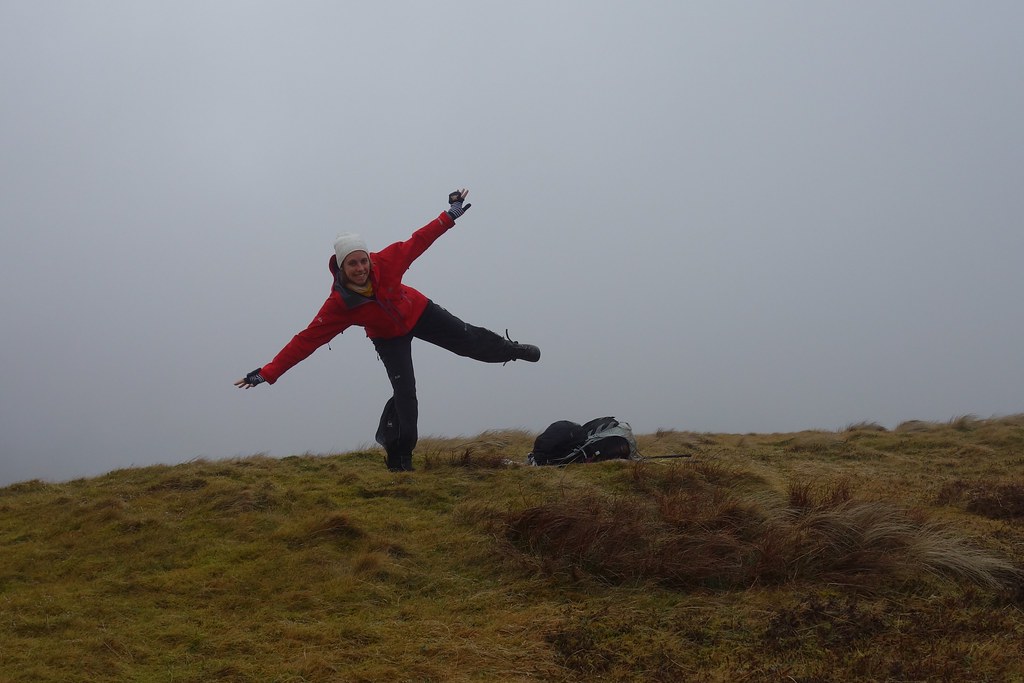 I chose the only unmarked summit for a breather and a sandwich.... so sat down on the mapcase and chilled for a bit.

Heading down, I followed the fence and then made my way to a now visible track down Cowgill Rig. Stopping to remove waterproofs I could finally enjoy some of the views I'd been missing out on all day.

I was getting quite tired so headed off down the easy track, avoiding some deep water in the tracks (I'm talking knee deep!) but it was a joy to tramp along. Sadly I was enjoying the views so much I forgot to take any photos! Doh

Lamington Hill was looking very tempting - a lovely whale-backed hill with a clear summit, and it was shaping up to be a lovely evening....in the end the thought of a bath, dinner and an early night (plus my trying to be sensible) won over and I lived to walk again the next day

All credit due for a long day out with multiple technical summit poses to handle too!

Love reading your reports,but can you do a summit pose on your left foot,,,just for a change? Nice pose anyway!

Mal Grey wrote:All credit due for a long day out with multiple technical summit poses to handle too!

Hardest bit of the day

Water Gypsy wrote:Love reading your reports,but can you do a summit pose on your left foot,,,just for a change? Nice pose anyway!