It looked like a good for a walk but where to go nearish to home that we hadn't already done? The Pentland Hills! About an hour in the car, surprisingly good scenery and fairly easy walking. Get there early if you want to find a parking space at Flotterstone, though.
Leaving the car park there is a short stretch up the road to go through a gate on the left and then out onto the open hillside. It is a fairly steep pull up to the top of the first hill - Turnhouse Hill - from which you can look down on the reservoirs. We were overtaken by a runner (in fact, there were lots of them throughout the day) but they only seem to run downhill - even I can run downhill!!!

The wind was really strong and we were soon putting on jackets, hats and gloves. A steep droop (Freudian typo!) down and another ascent leads to the top of Carnethy Hill which has lots of stone shelters at the top. The ridge is a bit like a roller coaster the next summit being the highest of the day - Scald Law at 579m. Then down and up to East Kip, shortly followed by West Kip. On reaching the broad track at the bottom of West Kip (fingerpost) we turned right and made our way across toward the hills oon the other side of the reservoir. The first of these is Hare Hill on which there is what looks like the remains of a hill fort. Down and up again All along this ridge there are splendid views of the Firth of Forth, the two bridges and Edinburgh. so we took the track that skirts the east side of the hill and leads down to Castlelaw Fort. This a fascinating place and you can actually go underground into an earth house.
It is then only a short walk back to civilisation - hundreds of cars, thousands of people - lovely!!!

They look like some fine rounded hills - expansive views. Why run when you can slow down and enjoy the scenery?

Agreed - great walking! Good to see some fine summery shots - I really enjoyed exploring the Pentlands in the snow this winter... complete with farmer on a skidoo. Be interested to go back and do some more routes in different weather.

We thought the Pentlands would be good with a covering of snow - lots of "downs" for the sledge!

Ha! I spent all of yesterday sulking because I missed the bus to go and do an almost identical route to this... (Would have had to come down via the ski centre to get a bus home). Glad to see I missed some good weather and nice views...

For a clump of hills a few miles south of Edinburgh, I'm always suprised at how remote the Pentlands can feel - The Kips especially. Well worth doing if you live in the area.

Pentlands are great, I was up there on Friday night with my kids doing some `Wild Camping`. Excellent weather and scenery. Midgies aren`t too bad now so braw.
Went for a walk on the Saturday and bumped into a few army patrols as you do.

bootsandpaddles wrote:We thought the Pentlands would be good with a covering of snow - lots of "downs" for the sledge!

My local hills, they were good fun this past winter: 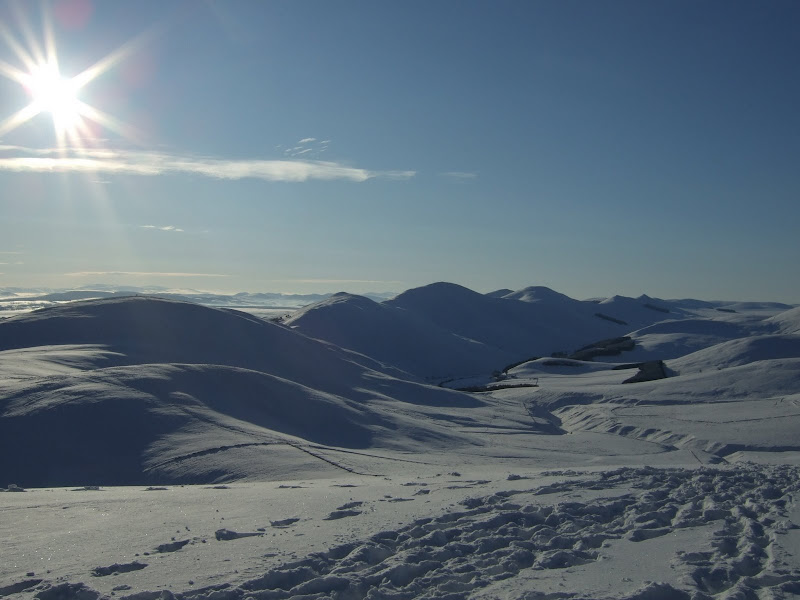 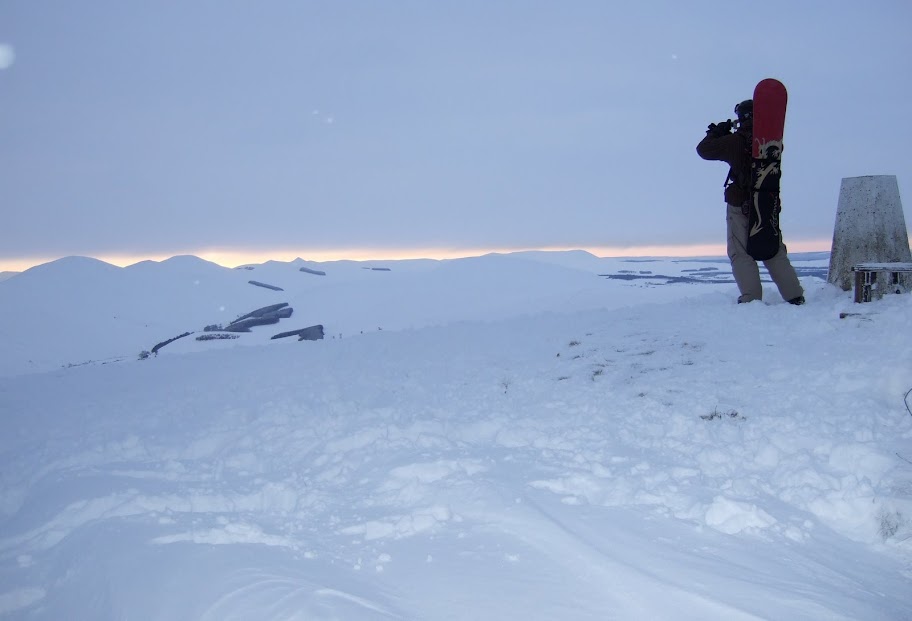 They would be good in snow, especially with a sledge!

Did the first half of these with 2 people I picked up from my course at Heriot Watt Uni... we had half a day off in our Summer School week (Open University). The pub carpark was okay when we got there. Didn't have bad weather for it but not as good as you've got there! Your photos make it look quite a long way from the start to the Kips. I liked the Kips best

The good thing is that I've kept in touch with one of the other guys and we're great friends now - we've even taken trekking trips to Jordan together!

They are good in the snow, although I got a bit stuck earlier this year

. I love that you can make a circuit from just about any of the Pentland carparks so there is always plenty interest even on a short walk

Great report and photos young boots
- and nice follow up pics from mellowmark
They are great hills that I know well. They attract dogs and people with pointy heads