Just back from a mini break to the lakes. The Wainwright bagging continues and on Saturday I was on Walla Crag, Cat Bells and Fleetwith Pike, Sunday was on Grike, Crag fell, Caw and lank Rigg. It was also the first time out camping this year. having sold my campervan its a return to canvas and on Saturday night I pitched on the Buttermere side at the bottom of Honister pass and on Sunday at Braithwaite camp site. On Monday I knew the weather was a bit iffy and with a return home required opted for a shorter day for two Wainwrights of Seathwaite Fell and Base Brown. Its amazing to think that prior to even thinking about doing the Wainwrights I will have walked past these fells, particularly Seathaite Fell, possibly hundreds off times without going to their tops.
An early start meant I was on my way at 8.30 and took the track off to Stockley bridge. The morning was cool and the wind fresh. Took the path up towards Styhead and as you get up past the first rise and the path levels up there is a small cairn with a path through the grass rising up the gully shown in the first picture. The path becomes more pronounced as you climb higher. The path takes you the cairn on Arron crags. Checking the map there would seem to be 3 cairns on the fell so I did them all on the route over to Sprinkling tarn. By now the wind had picked up and was bitter and even at this height it was hat and gilet on.
When I was on Seathwaite fell I was looking across to Green gable and the slopes leading to Base Brown and I could see a faint track contouring from the Styhead shelter across the open fell and leading to the col between Green gable and Base Brown. Once at the shelter I set off contouring, Scottish style making your own route, and easily walked across on a rising line to the col. It was a far better route, given the windy conditions, than going up to Windy gap and Green Gable. From there it was an easy rise to Base Brown with the wind at my back. I had considered going down the northern shoulder of Base brown, a route I hadn't been on before, but with wind as strong as it was, I opted for the quicker way and took the trade route to Sour milk gill. On the way down spoke to several people dressed in t shirts and shorts who had come up from warm valley about the winds higher up.
A quick round, only 6 miles and done and dusted in 3 1/2 hrs. 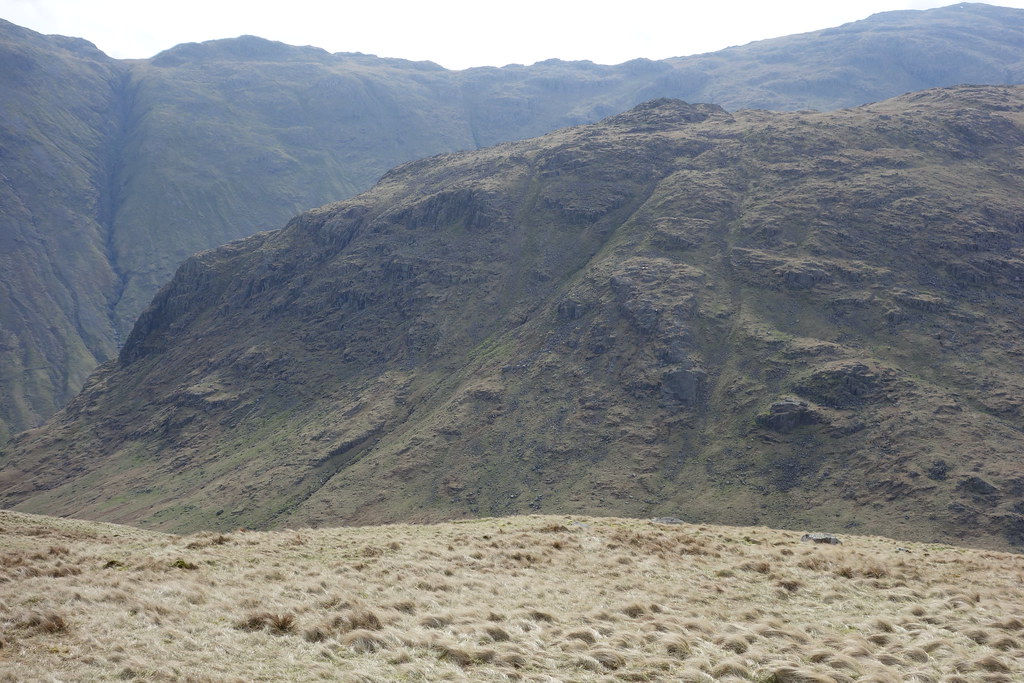 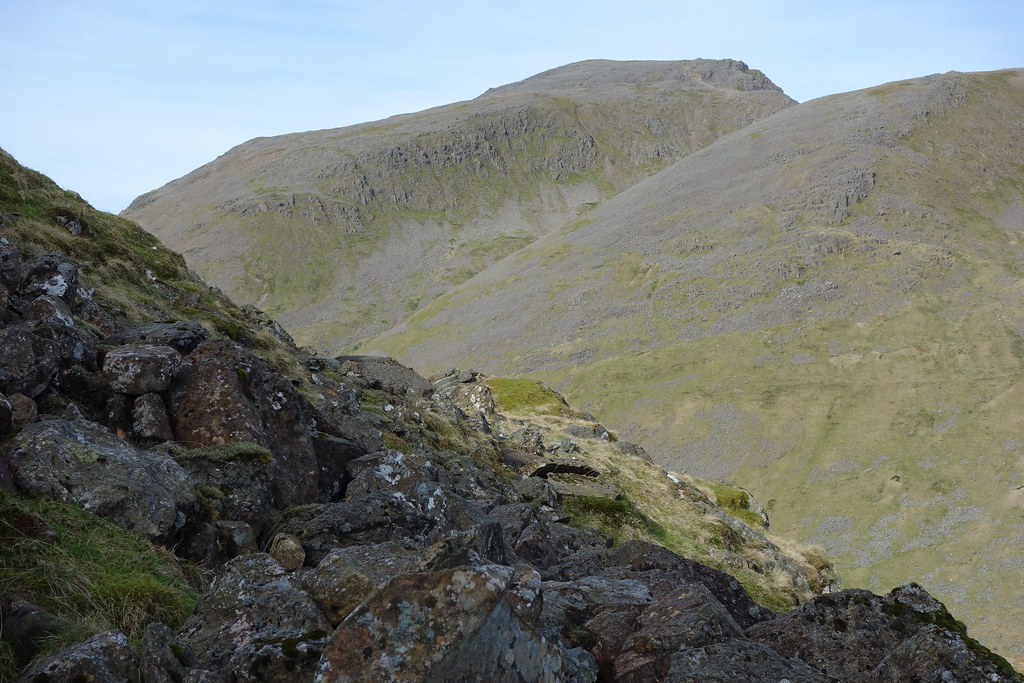 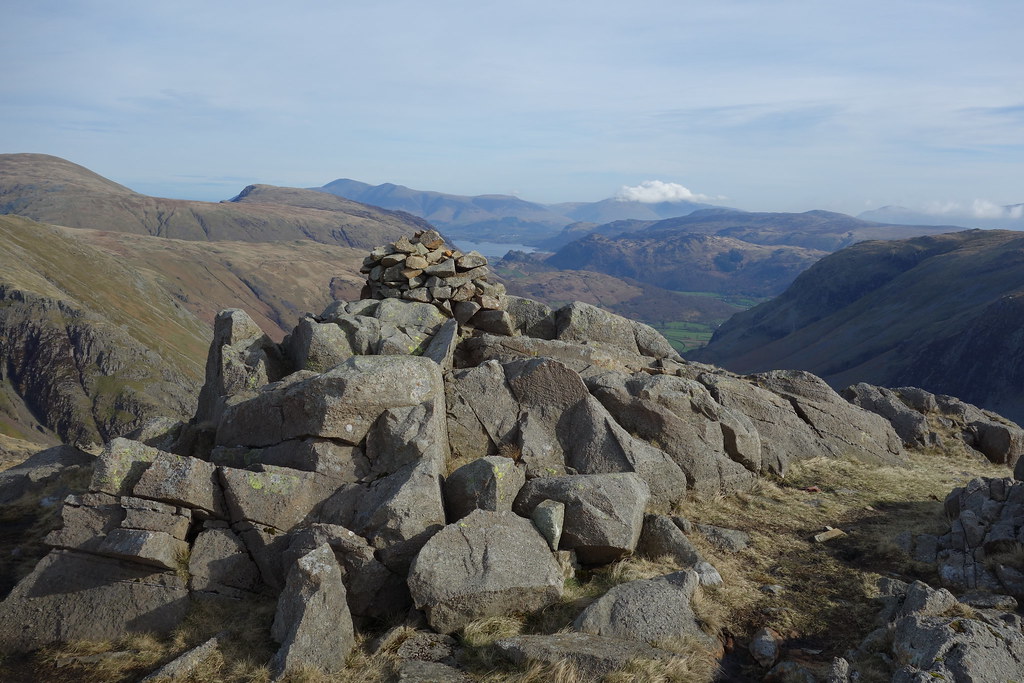 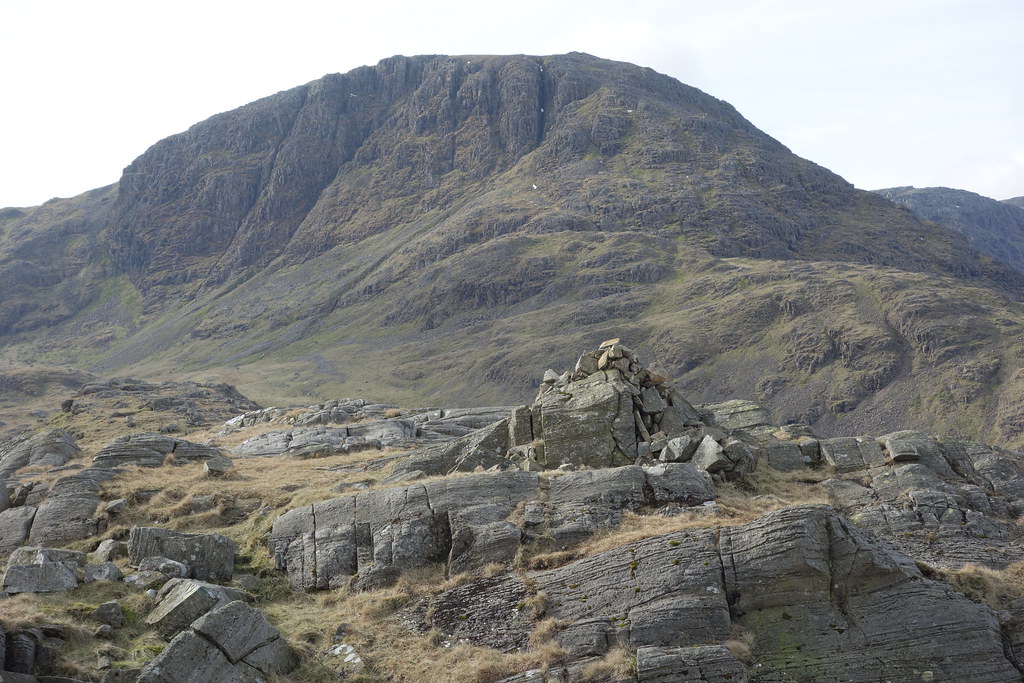 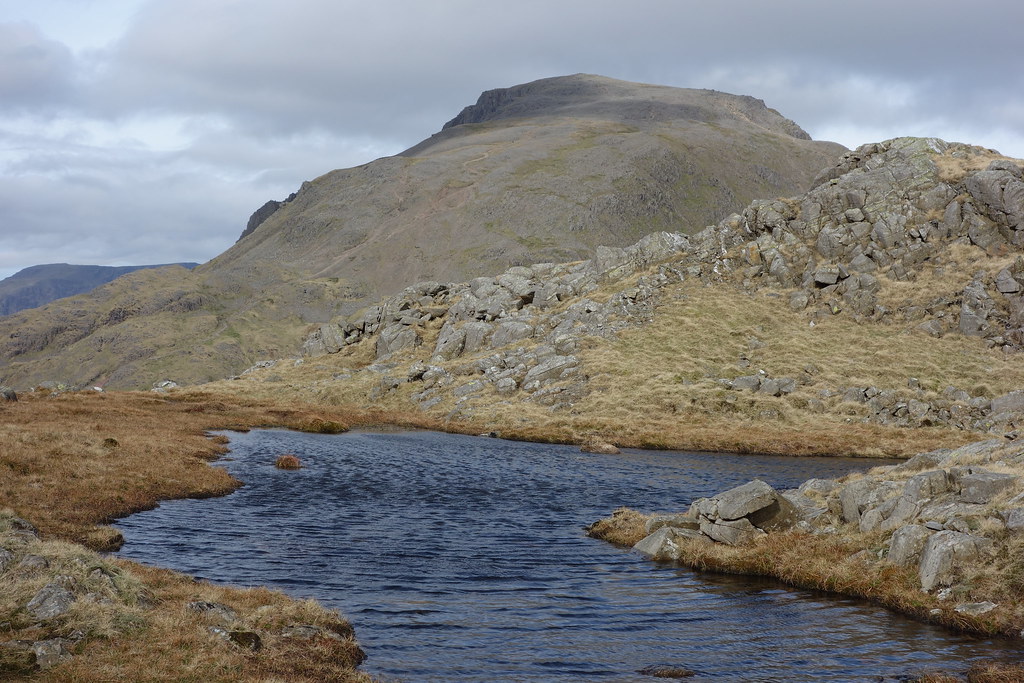 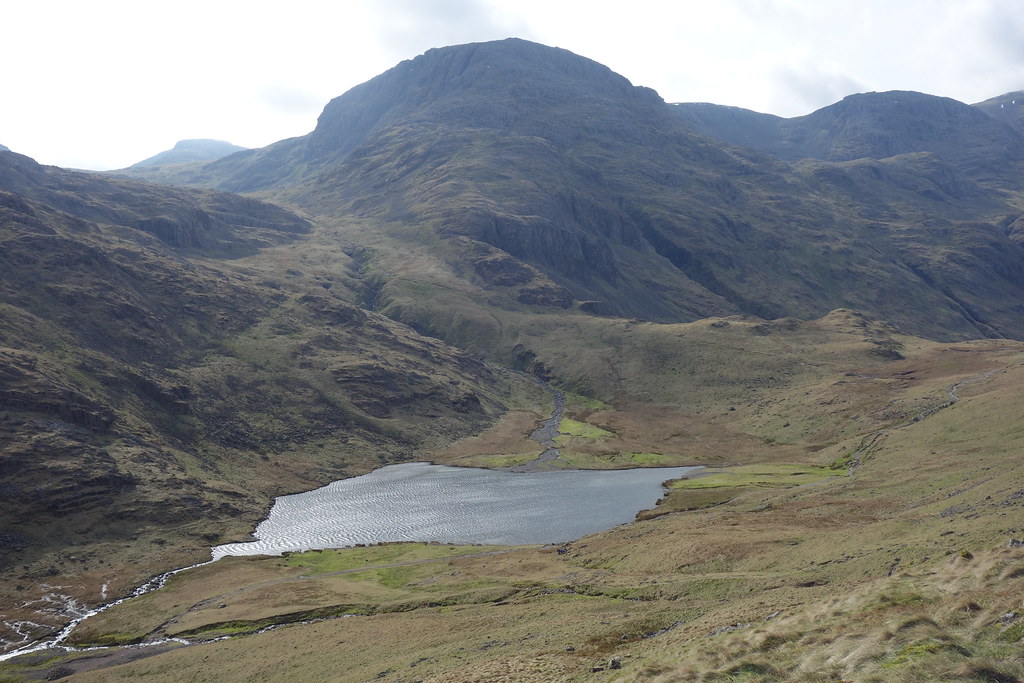 Re: A short round from Seathwaite

Some great views to be had from these two fells, shame about the wind necessitating altering the route but I'm sure it was still great to be out.