This was the first day of a long weekend based at the Great Glen Bunkhouse.

Fortified by some excellent breakfast rolls from the Real Food Cafe in Tyndrum, we arrived at the hill around 11am. Rather than park at the end of the track, we chose the layby a bit to the east, which necessitated an unpleasant walk along the busy A86 - however this only took a couple of minutes.

The way through the track is very well described by the Walk Report for this hill and Beinn Teallach. Lots of woodland birds to listen to at this stage. We emerged from the forest bang on cue at the marshy ground underneath Meall Clachaig. It had been very dry few weeks, so I wouldn't like to be here after a deluge! Emerging from the forest to see Beinn Teallach

We swung round to the north east to go though the gate leading to the ridge. Again, it was a bit soggy underfoot, but it can't have been that bad as my feet were dry at the end of the walk. 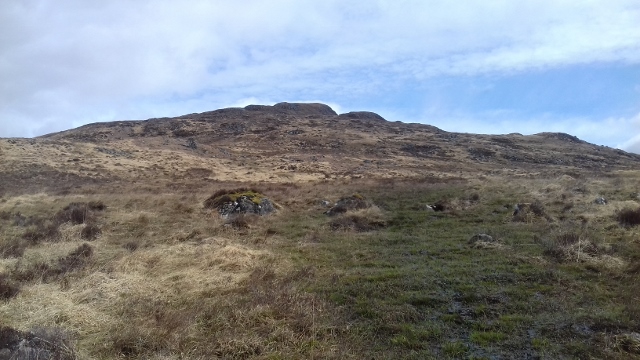 There was a path of sorts leading up to Meall Clachaig and the gradient was very easy. Lots of rocks about to sit on when we needed a break.

Although this might not be the most exciting Munro in the country, what it lacks in character, it makes up for in views. After not too long, we began to enjoy terrific views of the Loch Treig Munros and the Grey Corries. 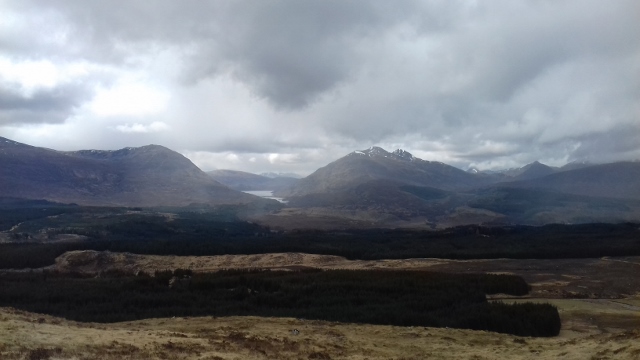 Looking down to Loch Treig The Grey Corries from the same spot

As well as the Grey Corries, we were also being treated to a good outlook for the Ben Alder range. This is in stark contrast to my previous visit in 1990, where the cloud was down and it poured all day. Then, the only item of note was the black grouse (unfortunately the bird and not the whisky!) we saw when back at the car. 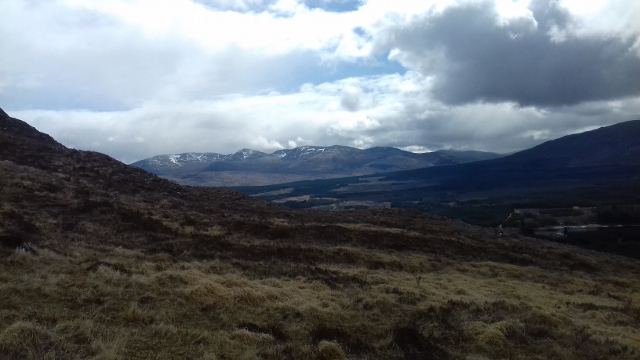 After enjoying these views, we pressed on up the ridge. Although it doesn't look too far to the south summit, it took quite a while to get up there. Once again, we could only marvel at the scenery. Loch Treig from the south summit

Once on the ridge, it only took a few minutes to get to the highest point of the day. Although it had remained mainly dry, there were a few showers moving across, mainly of rain. 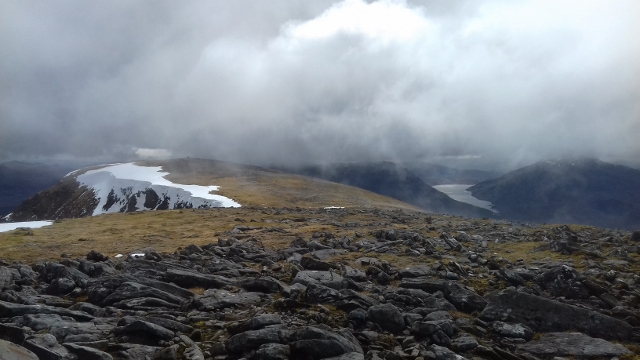 The south summit and Loch Treig from the Munro

By now, we also had views of Creag Meagaigh and out to the west. Rain falling over the north top Creag Meagaidh from the top 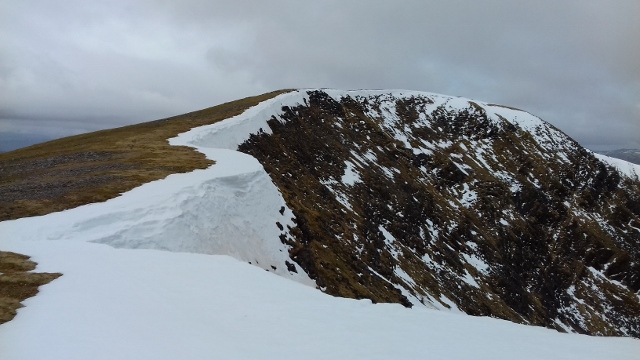 The final slopes of the north top 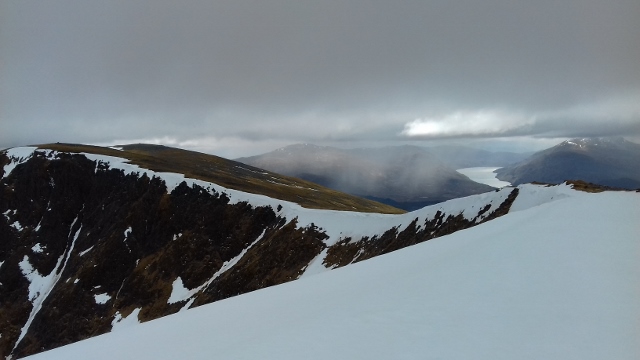 The ridge and Loch Treig from the north top

Rather than walk back over the ridge, we decided to take a sloping line from just below the main summit to the flat ground behind Meall Clachaig. In hindsight, it might have been better to stick to the ridge. However, this route was no great hardship. Beinn Teallach and the view west

We made good progress down the ridge towards the forest. 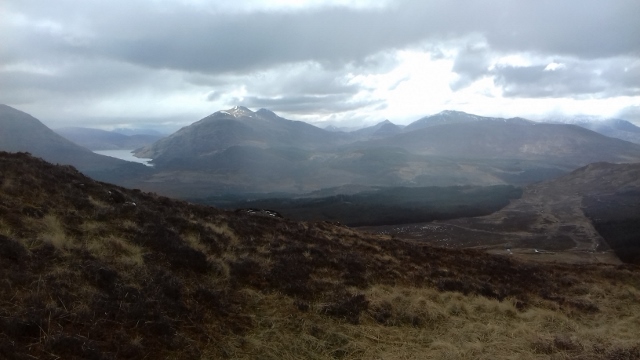 A last look at Loch Treig

It was then a case of retracing our steps back to the car for the short drive to Loch Lochy.