Given April has been exceptionally dry I thought that now was the time to do a hill that involves a river crossing. Ben Lui has been on my to-do list for a while and with the weather forecast set fine I headed off. 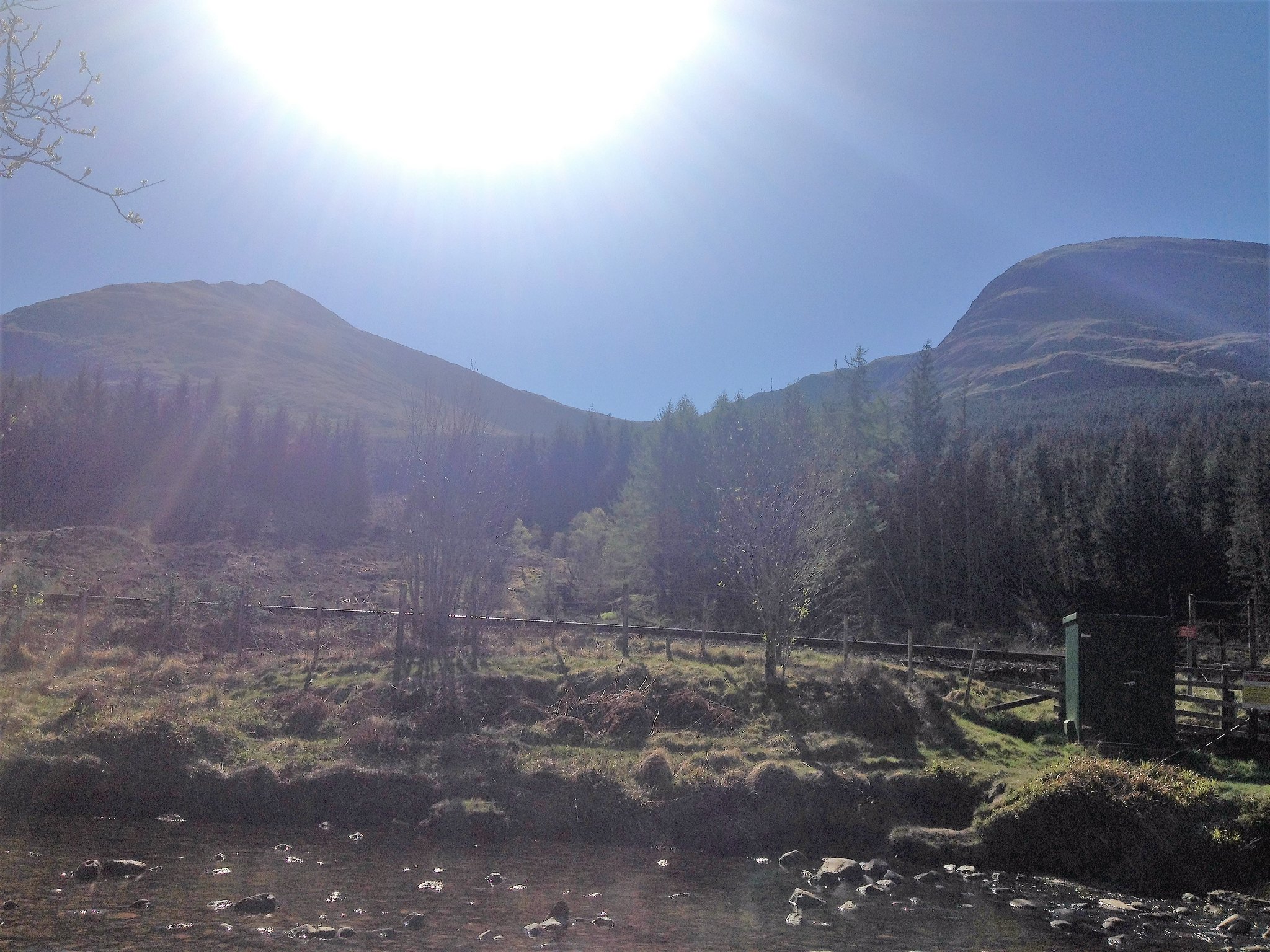 The river as I'd hoped was nice and low, but the height under the bridge for the railway was much lower than I expected. I'm not very tall so it was not too bad for me, but if you are 6ft + then you'll be bent double.

While the river was nice an low the path up through the trees was still rather boggy. 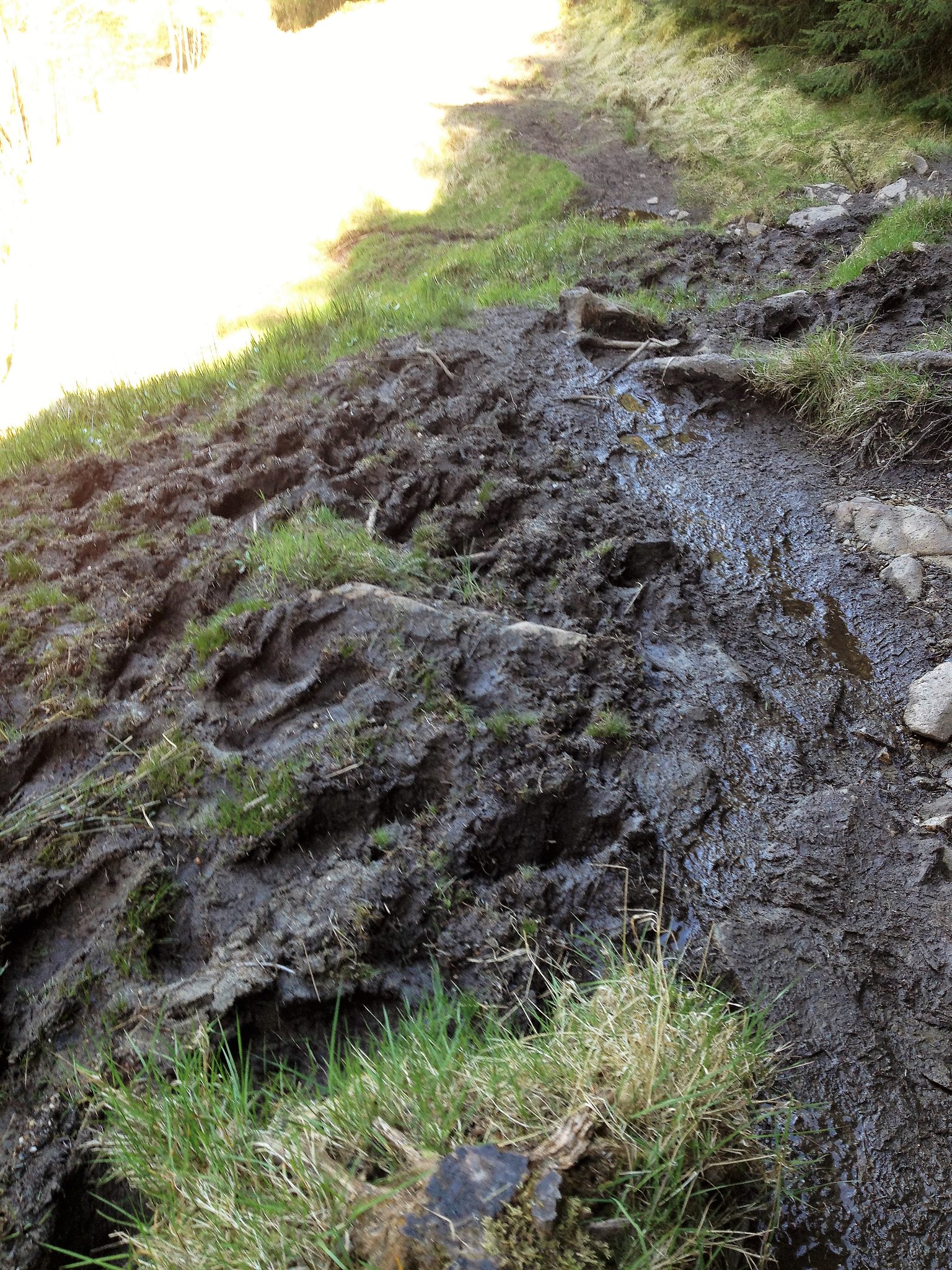 This was by no means the worst boggy stretch and if this is what the path is like after a dry spell I'd hate to see it after a wet period. 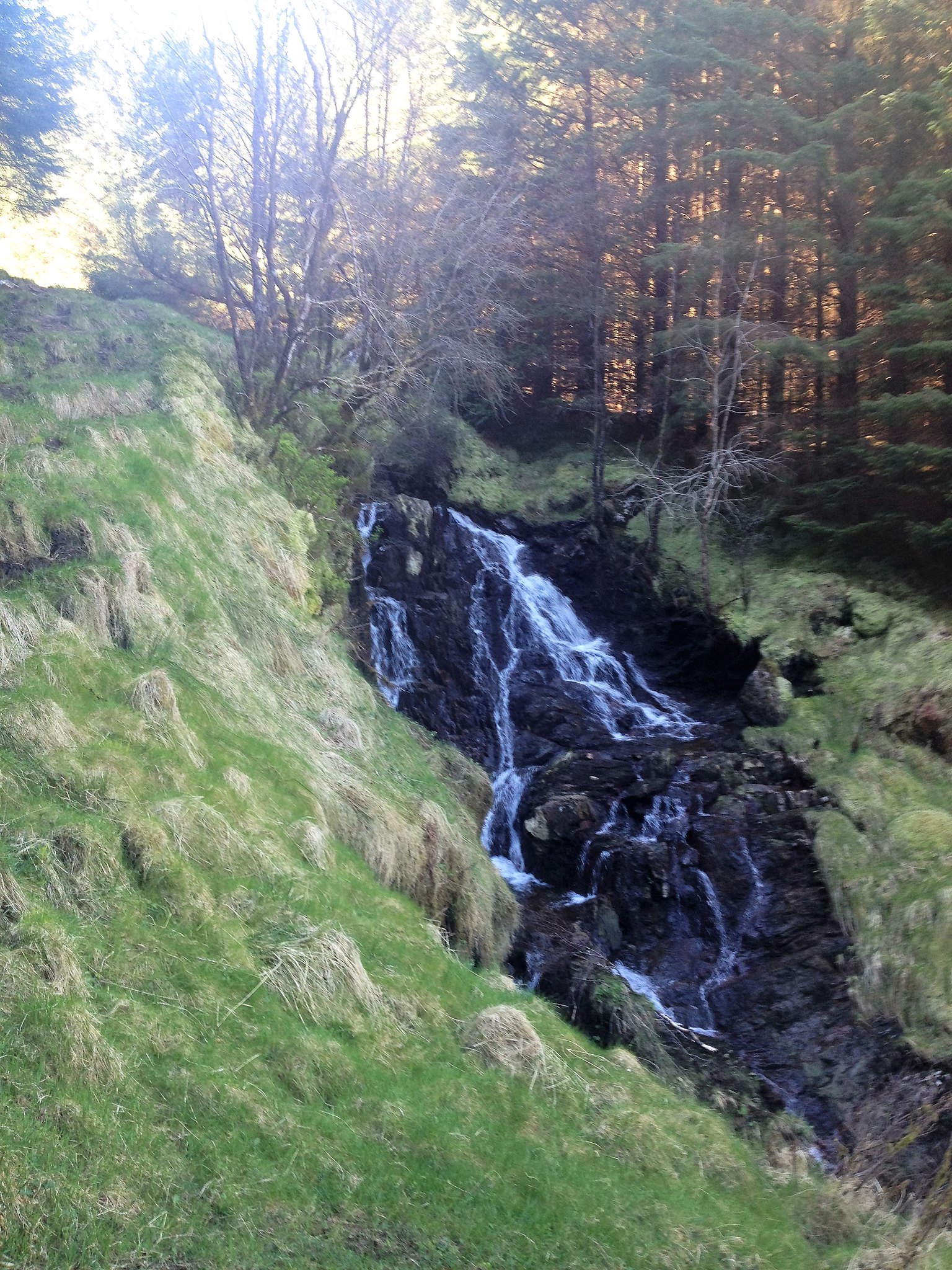 The walk through the trees beside the river is pleasant enough despite the underfoot conditions. 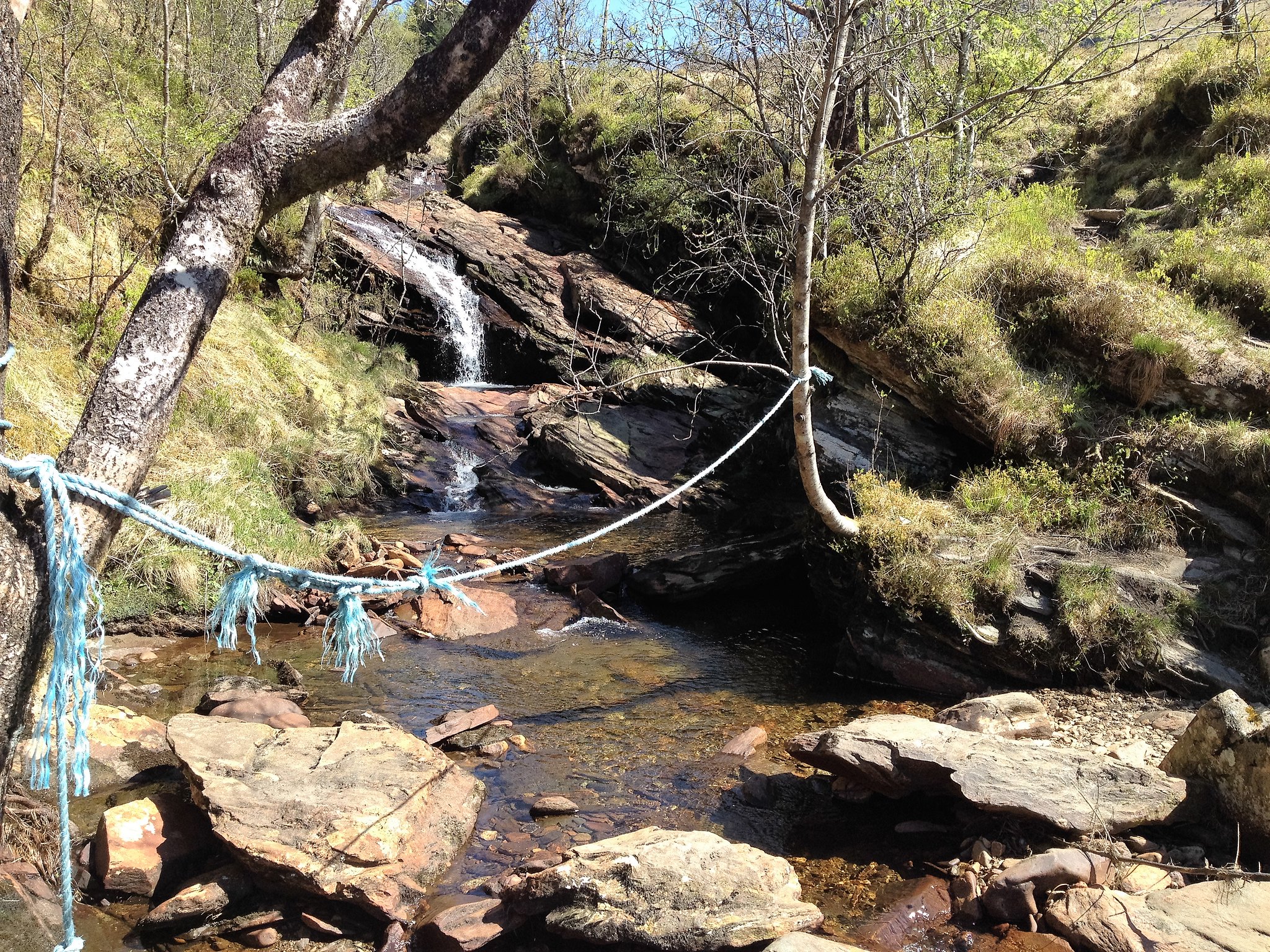 Someone has helpfully put a bit of rope up to help with crossing the river further up.

Once through the metal gate in the upper deer fence I followed the line of the fence East to head up the North ridge of Lui. The grass was nice and low and there was a faint path of sorts so the walking was not too bad underfoot. 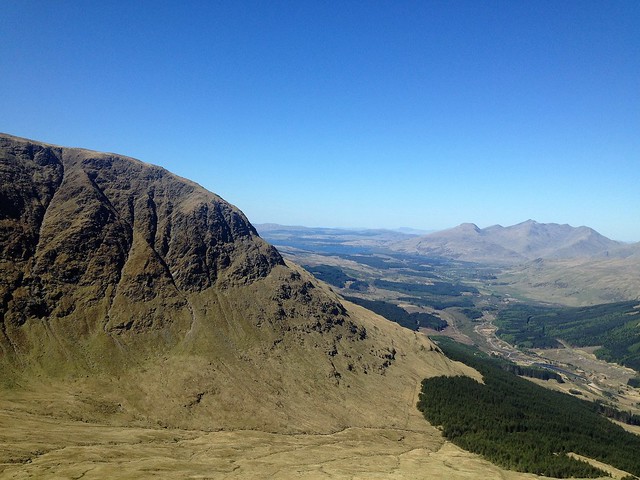 Height was quickly gained and the views were fantastic. I'm always struck that my camera phone just does not do justice to what the human eye can see! 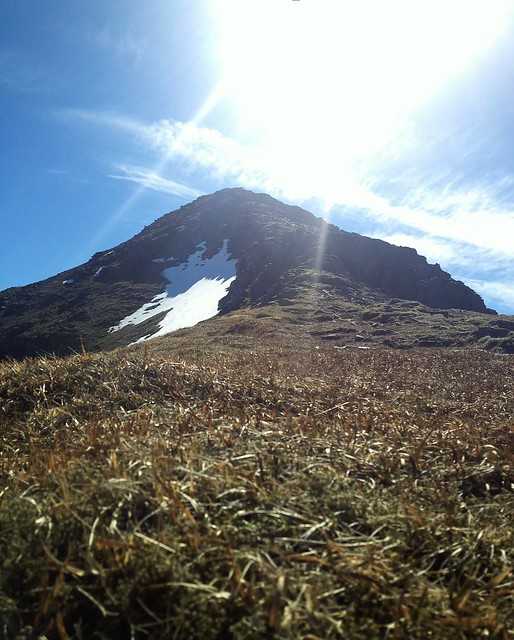 Once I'd reached the ridge a more obvious path became visible. The ridge itself if reasonably broad and there are a couple of wee sections where you could scramble a bit to make progress which added to the fun of the walk. 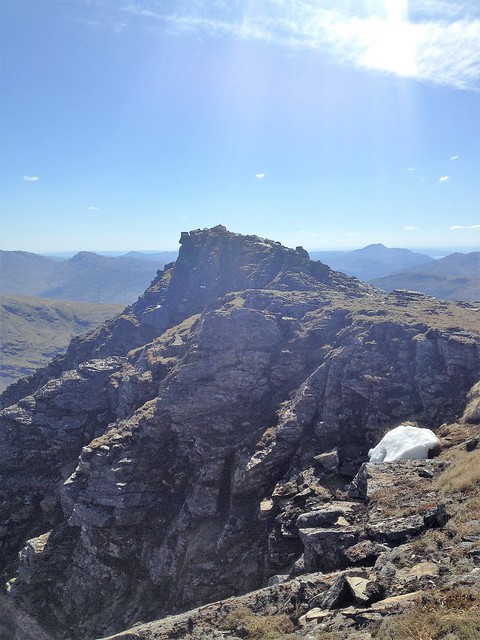 The summit cairn was big enough to afford from shelter from the rather strong wind and I stopped for 10 mins for a bite to eat. 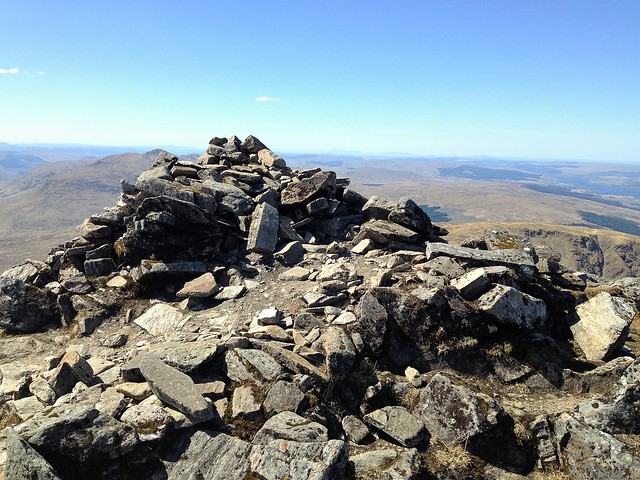 From the summit I headed down the southwest path to the bealach. Heading down this path I couldn't help but think that heading up Lui by the north ridge is not only more fun but looks so much better.

The path from the bealach to the summit of Beinn a' Chielbh is very broad in places and badly eroded. It seemed to take no time at all before the summit cairn came into view. 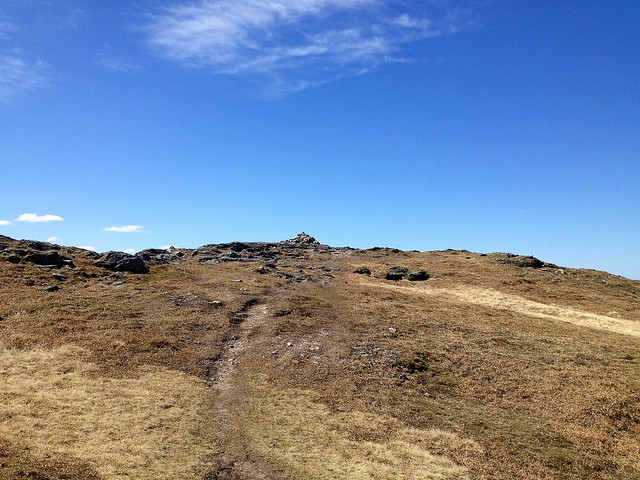 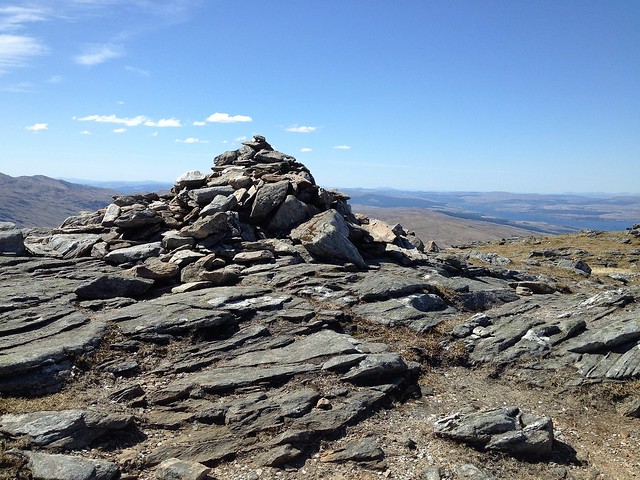 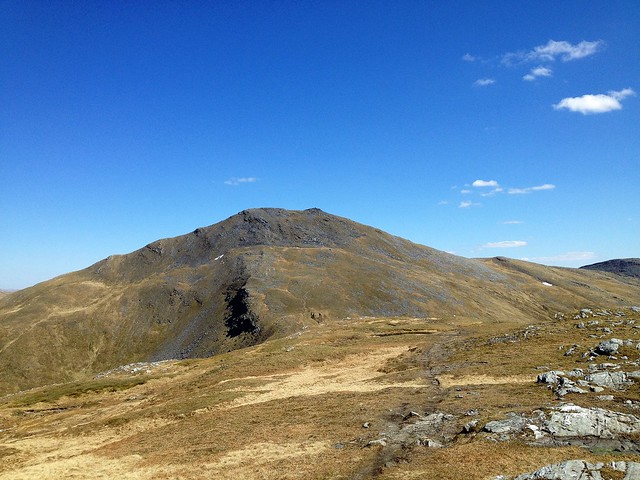 Looking back to Lui. 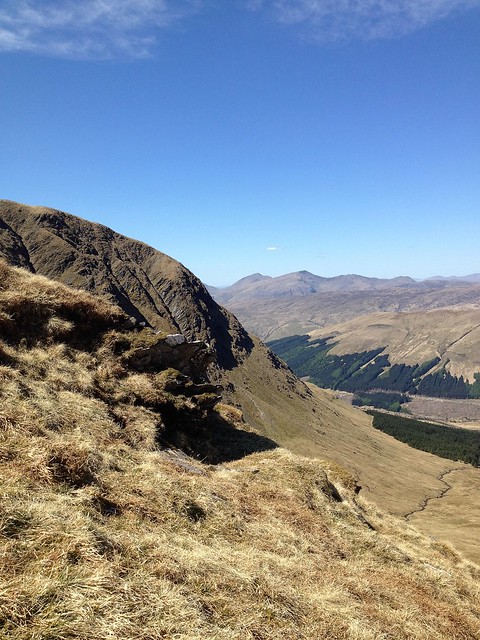 If the summit of Beinn a' Chleibh is a bit bland then its north face is a thing of beauty.

The path from the bealach back to the gate in the deer fence was well defined except where the ground was boggy. This allowed for a quick decent.

I was rather surprised to be back at this car after having left 4 hours 3 mins before.

Glorious weather, a lovely mountains - what better way to spend a Friday.