I ummed and ahhed about this one for the weekend. I am very much a user of the walk descriptions on Walk Highlands, which for this walk tackles the two Munros from Loch Callater. But I'm on the Glen Doll side...having read and re-read many previous reports on bagging these two from Glen Doll, I decided to give it a shot from Glen Doll. I had an alternative plan to descend via Bachnagairn forest if conditions weren't great, it is a circuit I would like to do at some point! But it wasn't today.

The first part of the walk is now all-too familiar and we didn't hang around much following Jock's road into the forest. 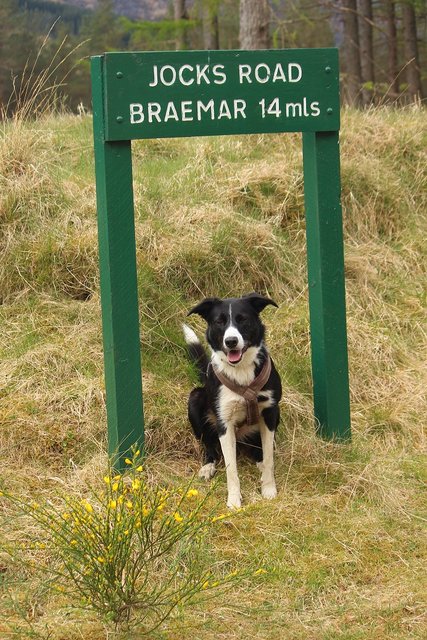 Soon we were out of the forest and rather than crossing the bridge as we would do normally, we continued to follow Jock's road up and up and up passing a herd of red deer, the stags quickly regrowing their antlers ready for the rut! 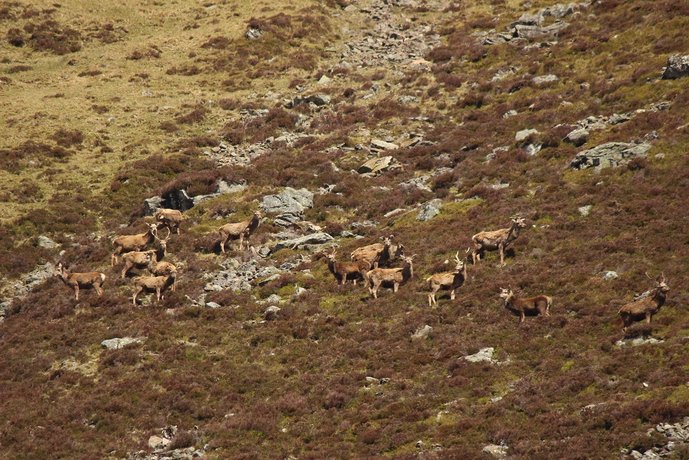 The track was easy to follow and we reached Davy's Bourach and had a look inside. There was a couple sitting among the rocks nearby, but we didn't hang around and continued on our way. 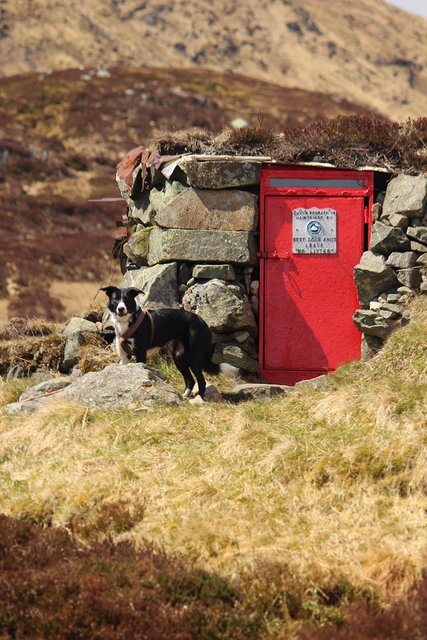 The views opened up, Broad Cairn looked so close! Ahead of us was Tolmount, and to the left was the slopes leading up to Tom Buidhe. I had a bit of a decision here, do I stick to the path and go up Tolmount first or do I cut across onto pathless ground to ascend Tom Buidhe? I could see what looked lie a good way up...however Tolmount first won the day and we stuck to Jock's Road. 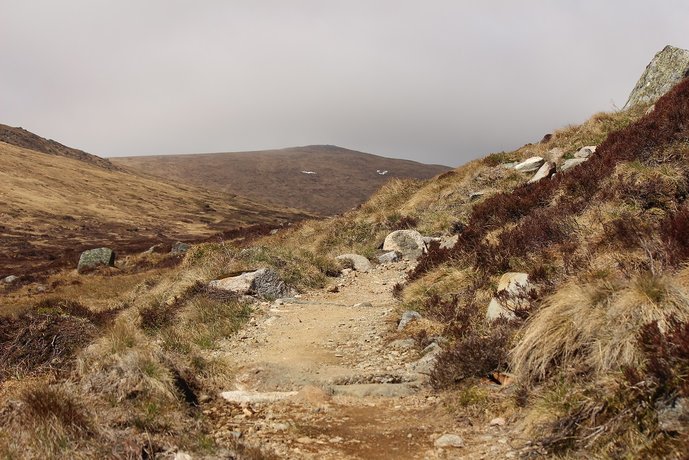 I'd passed a few people on the way, but as we were approaching Crow Craigies there was a fair few people there. One of them came over to ask if I'd seen two people, which turned out to be the two who I'd seen back at Davy's Bourach. They were part of a walking group heading across Jock's Road to Braemar and had been waiting for them to catch up for quite a while! Given that it was unlikely that was going to happen now they decided to continue on. The joys of solo walking, I have no one to wait for and no one to hold up LOL! Of course, walking solo means I have to decide for myself my route, and I knew that my route up Tolmount was a pathless one. There was a faint path veerining off from Jock's Road, and with Tolmount in sight I followed it until it disappeared and made my own way up towards the summit. In wetter weather I don't think it would be much fun, but it had been dry for a while and even the boggy bits were mostly solid enough to walk on! Much to Moss' disappointment... 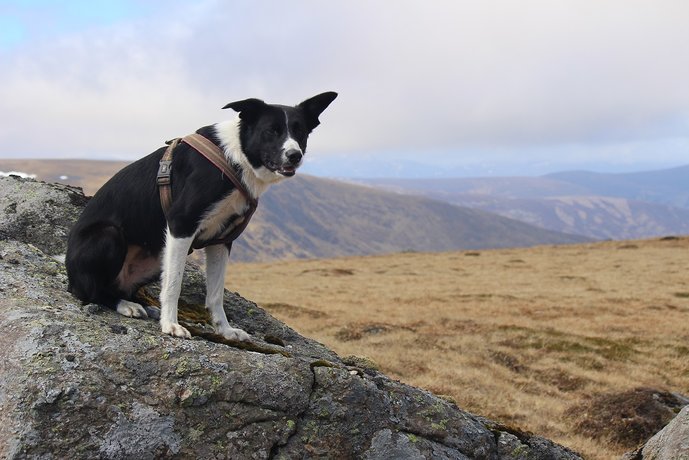 I spotted a bird flying among the rocks and circled round to see if I could see what it was. It was a wader of some kind, the wings told me that much, but as to which I have no idea as I couldn't find it for a better look. And it was silent, so I didn't even hear what it sounds like to provide a clue as to it's identity! There were however, some nice views down to Loch Callater, and some unmistakable ptarmigan flying higher up. 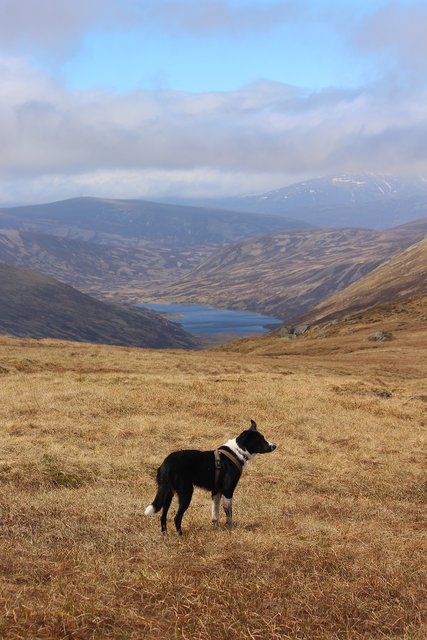 We continued on weaving our way around boulders to reach the summit of Tolmount - my 21st Munro and Moss' 16th. We had the summit all to ourselves though we could see people walking along Jock's Road below us. I kept an eye on where Jock's Road was, needed to know that for the way down! 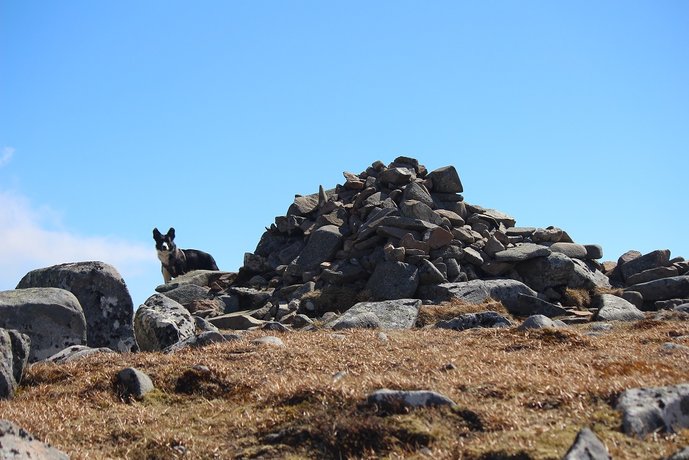 There was a few other walkers approaching the summit, and we headed along the track they were on to reach Tom Buidhe. But maybe we missed where it went, but the bit we were on disappeared. Two choices here - either go in the direction that should cut us across the track or cross the dry bog to get to Tom Buidhe. We crossed the dry bog, there were a few pools of water which kept Moss happy but other than that it was no difficulty to cross. On the flanks of Tom Buidhe I could see the path and we climbed up to rejoin it for the last climb up to the summit. Number 22 for me and 17 for Moss, she is closing the gap on big sister Millie who is on 20! 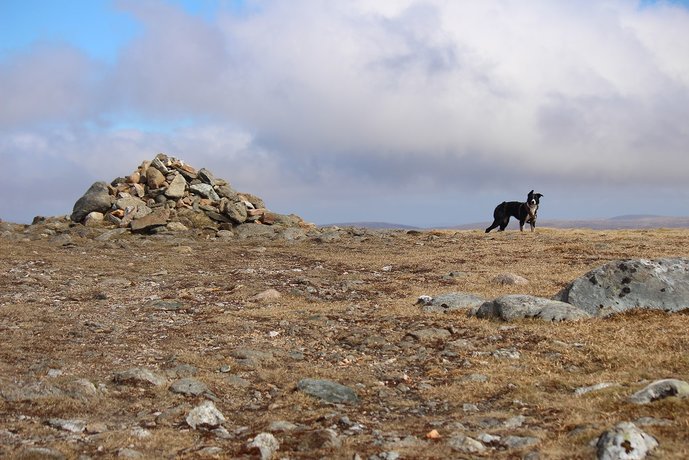 From here it was back to pathlessness again. I had originally thought maybe I'd stick to the tracks and just retrace my route, but with Jock's Road clear to see and mostly dry slopes we went for the pathless descent. With a slight detour to visit a patch of snow... 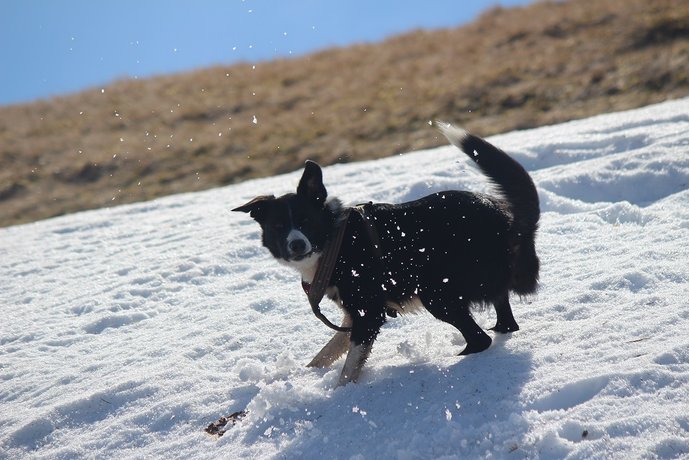 We were briefly joined by a labradoodle, there had been people behind us with a dog, but that dog did eventually head back to where his people hopefully were! I couldn't see them to be sure, and we continued down down down heading to where I could see Jock's road getting closer to the river. As it turned out, the way I'd considered going up earlier was the way we came down! The river worried me a bit as I hate crossing water if not on a bridge or boat, but when we got there crossing was no problem the river was so low that it was no problem to cross. 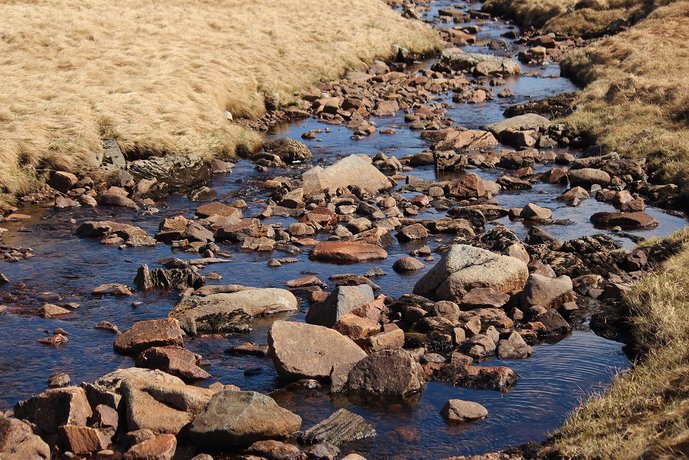 It was a bit boggier on the other side of the river, but not massively so, and we soon rejoined the path. From there it was a case of following the road back down to the forest. At the forest, we crossed the bridge to follow the forestry track then took the whitewater route that is finally open again, a nicer return back to the car. Very pleased with my first non-WH munro route adventure!