Our first time out in the Arrochar Alps.

Our first time out in the Arrochar Alps.


How time flies, it's been over seven months since we've been to the Highlands but waiting for this little trip seemed to slow time down the closer it got.

We wanted to start our 2017 munro campaign in the Arrochar Alps, they're relativly close to home and we've often wanted to explore these mountains so we each decided to book a couple of extra days off work to make a long May day weekend.

This Walkhighlands route was an ideal first munro day out, if we found it difficult due to lack of munro fitness we could give up after the first one and come back for the second the day after, at least we had the option of one or two straight forward munros.

The weather was promising to stay dry, cloud cover for the mountains, but dry, with the hope of improvement later on.
We set off from our digs near Glasgow airport and headed for Succoth, we had a heavy shower on the way but that was the only wet we got.
We were early so no bother finding a space, paid the extremly reasonable £1 for all day parking and were off walking by 9:10am.

Out of the trees the views behind get better and better, Ben Lomond, Loch Long and Arrochar can be seen, ahead looks steep and imposing.

Looking back, leaving the trees. 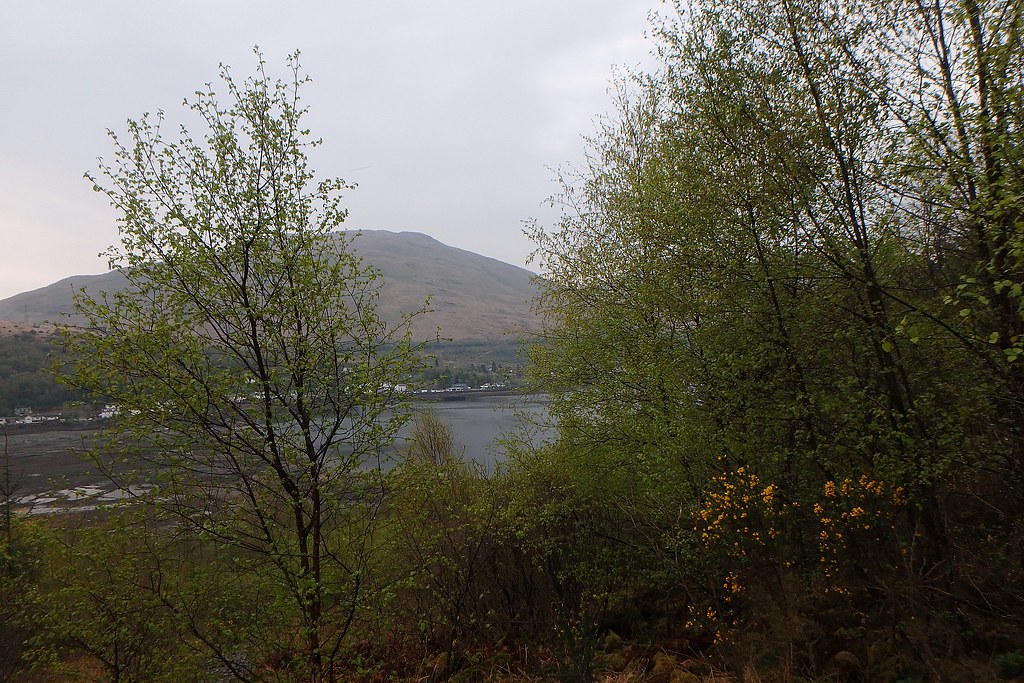 Getting higher now, the views opening up. 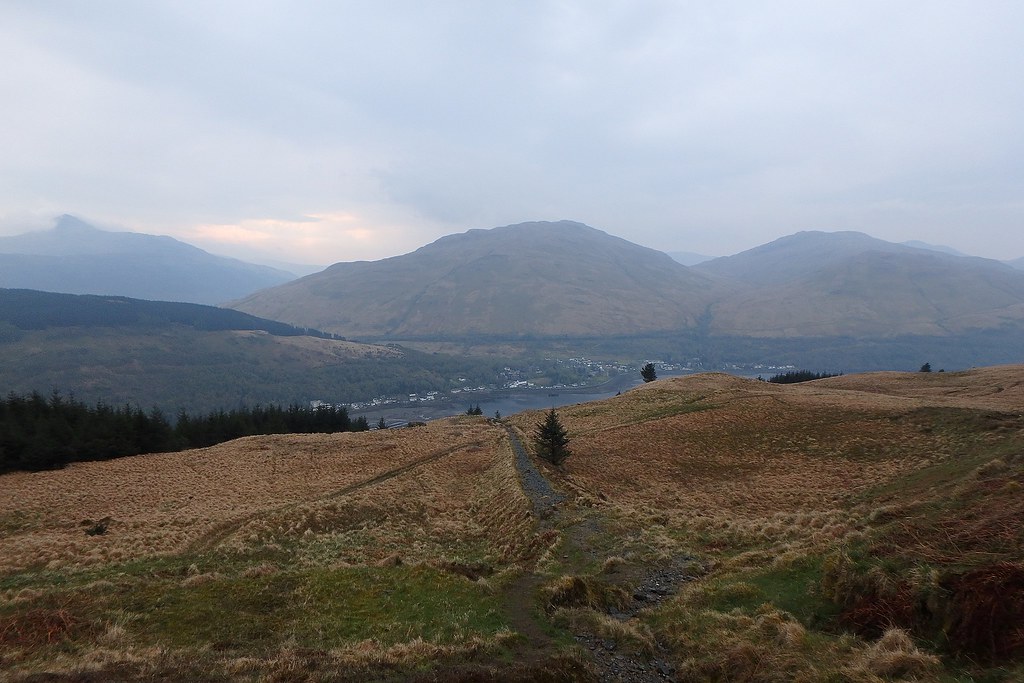 Ben Lomond in the cloud. 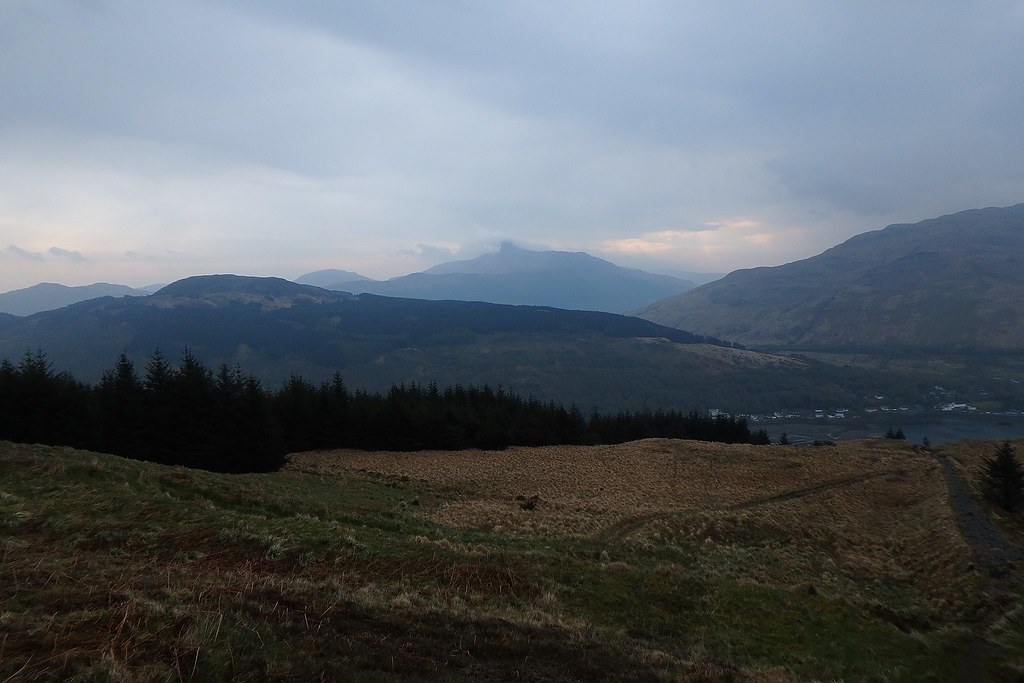 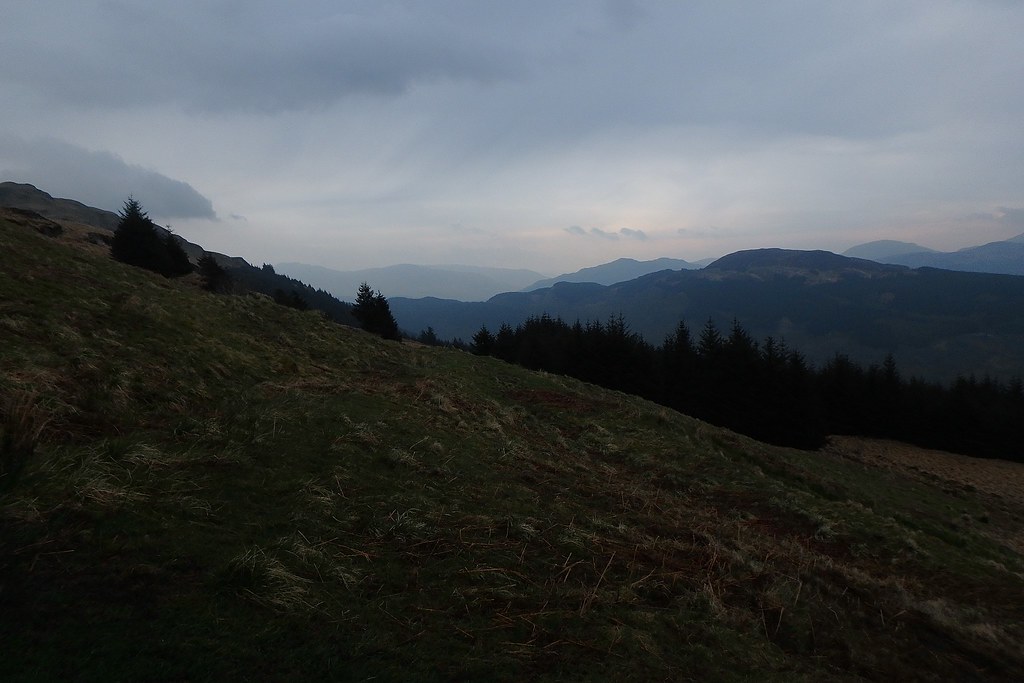 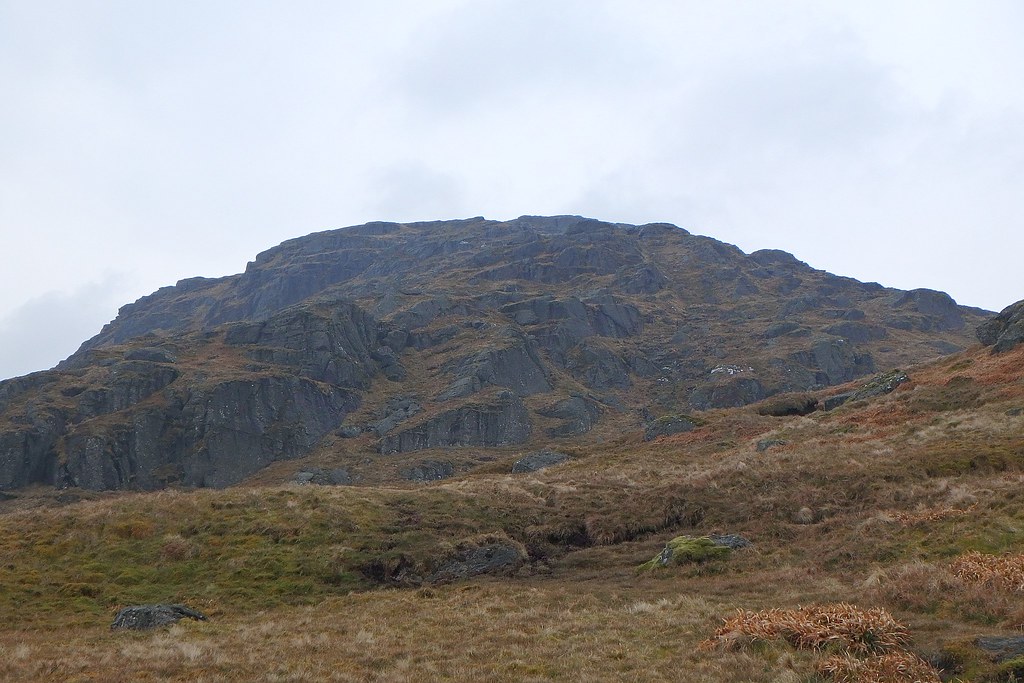 Higher up The Cobbler comes into view. I've read about The Cobbler, this was the first time I'd seen it and it is as impressive as described, definately one to come back for. 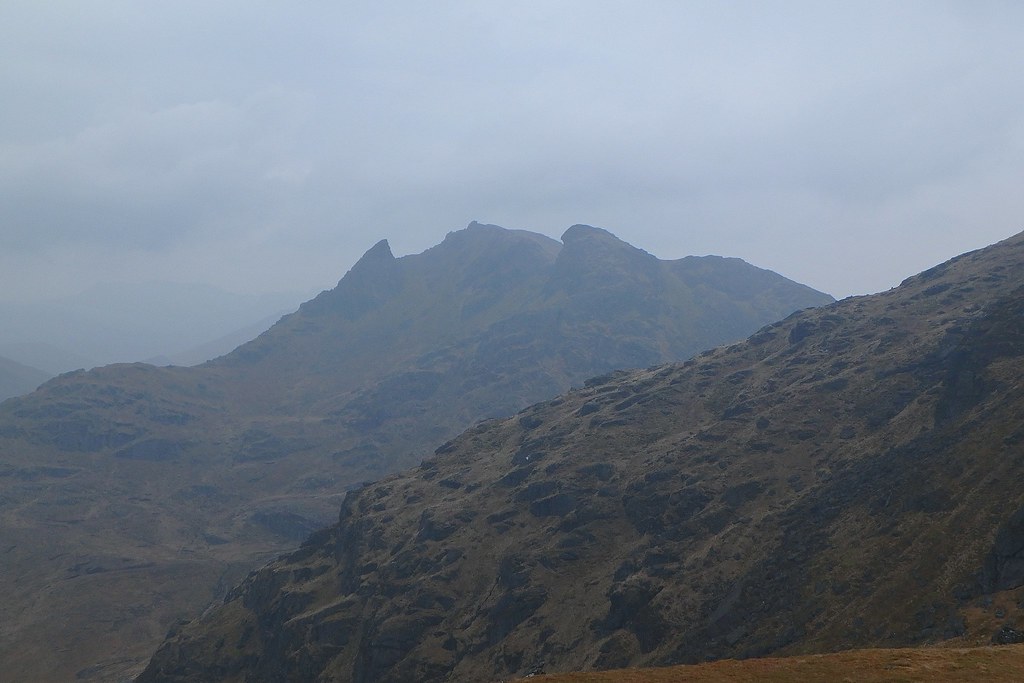 The climb up Cruach nam Miseag isn't as bad as it looks and once over this the Spearhead can be seen, these mountains are described as rugged, from this vantage point you can see why.

The Spearhead coming into view. 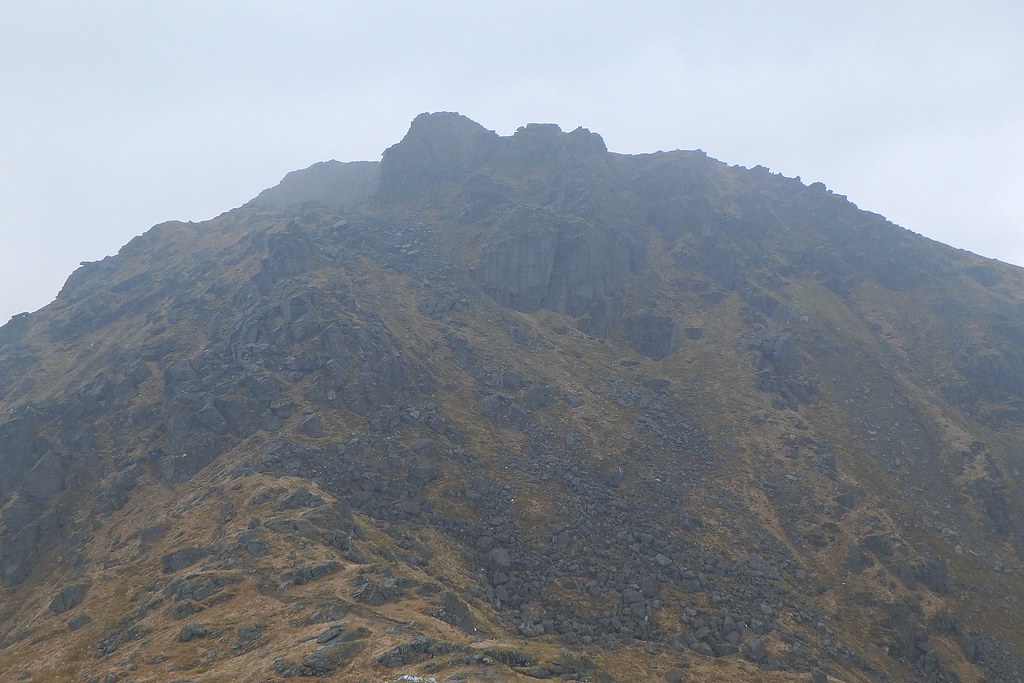 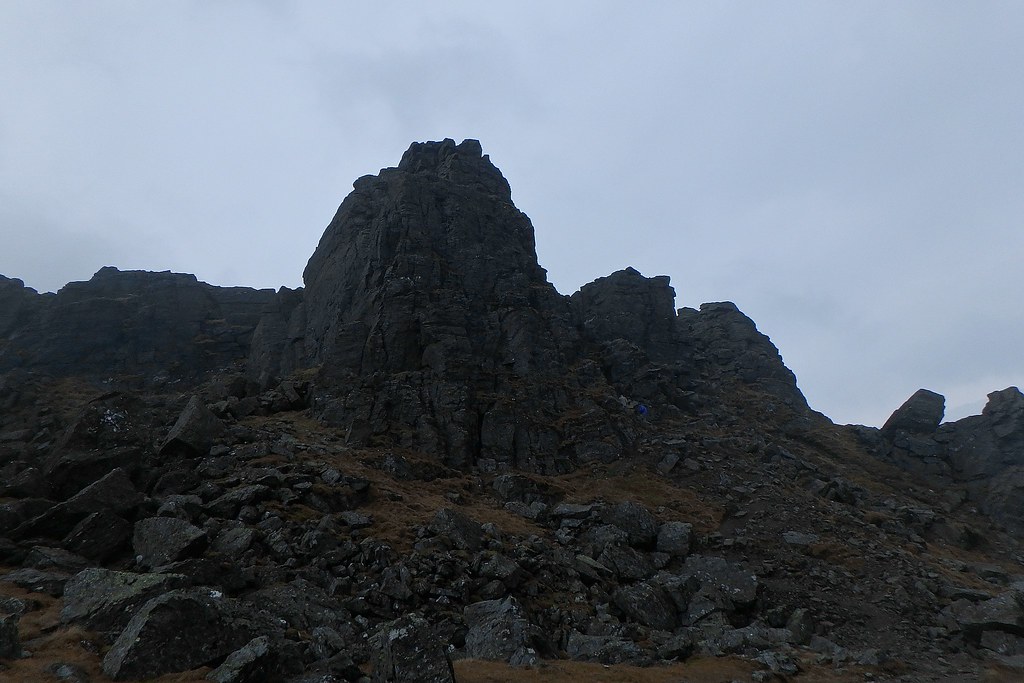 The path leads up a gully to the right of the Spearhead, once at the top of this gully its a short walk to the summit,
The cloud seemed to be lifting as we gained height so we were hoping for some views, it did look promising.

On the top we were in mist but it was getting brighter so we waited a bit for it to clear, had something to nosh but the cloud was reluctant to shift for us so we headed off for Bealach a' Mhaim having decided to head for Beinn Ime to see if things would improve and make a longer day . 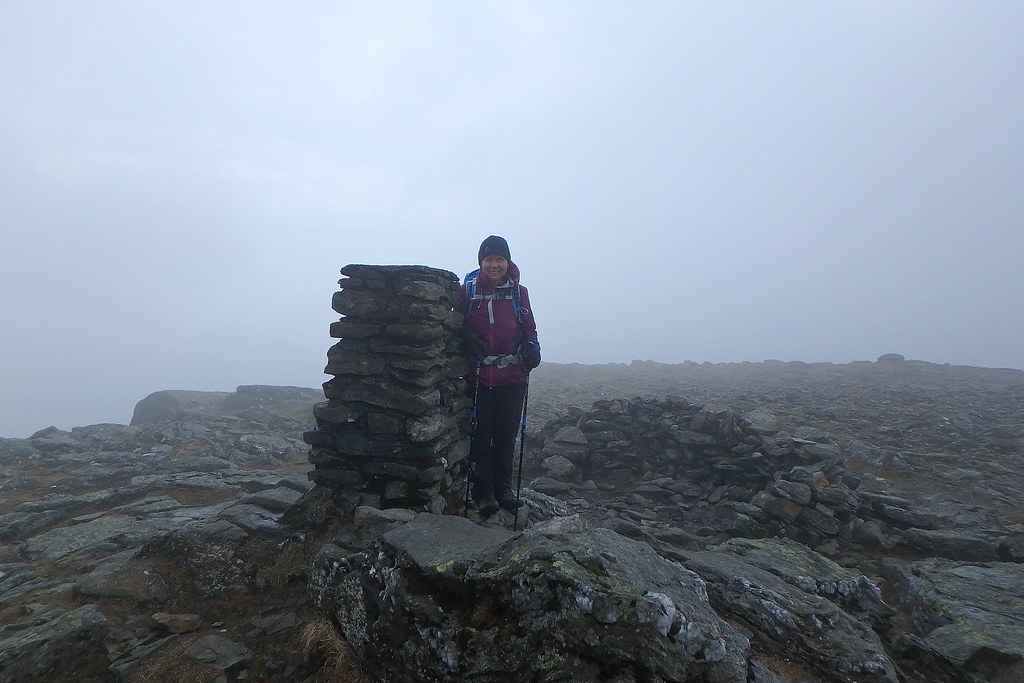 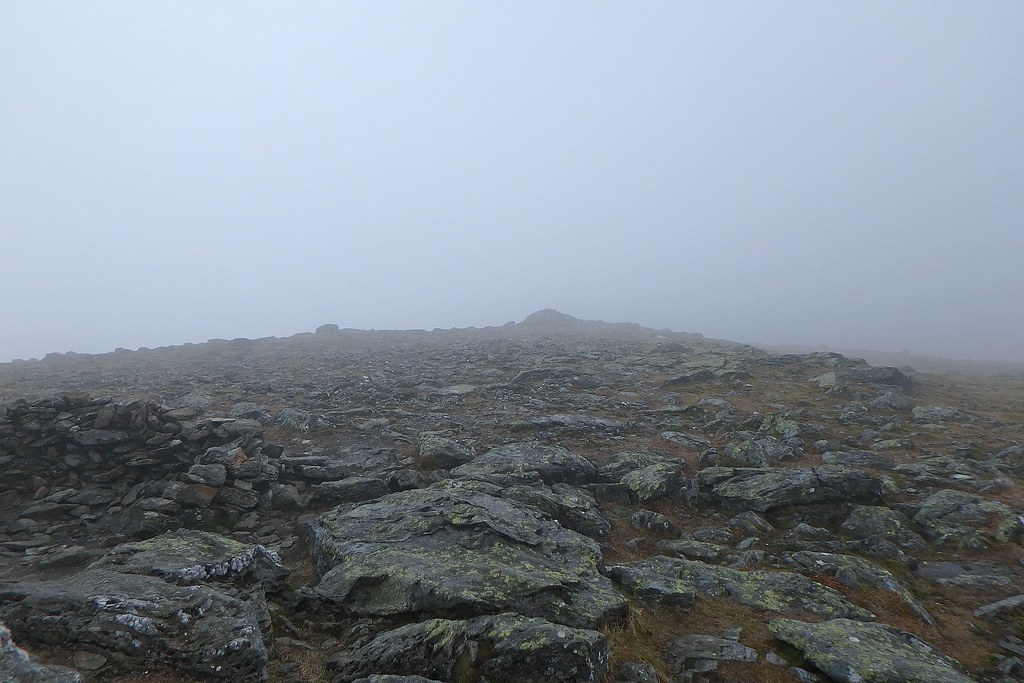 We only had to descend 50m or so to see our surroundings, we saw Beinn Ime free of cloud so that gave us the push to carry on and, of course, looking back, Narnain was cloud free as well.

Bealach a' Mhaim is a bit soggy as is the long pull up Beinn Ime for most of the way. The path is easy to follow and does manage to steer clear of the bad bits. As we got higher the wind picked up and it was at an entertaining strength by the time we reached the summit, taking photo's was down to sheer determination, but we got the views, our first trip into the Scottish mountains 2017 had come up trumps, we were well pleased. 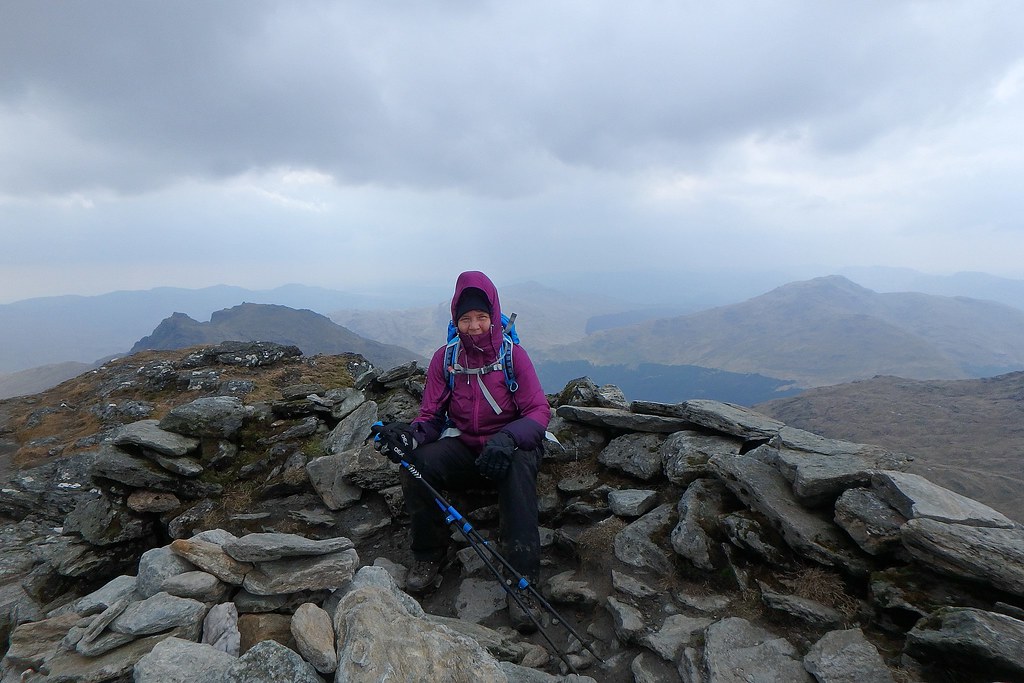 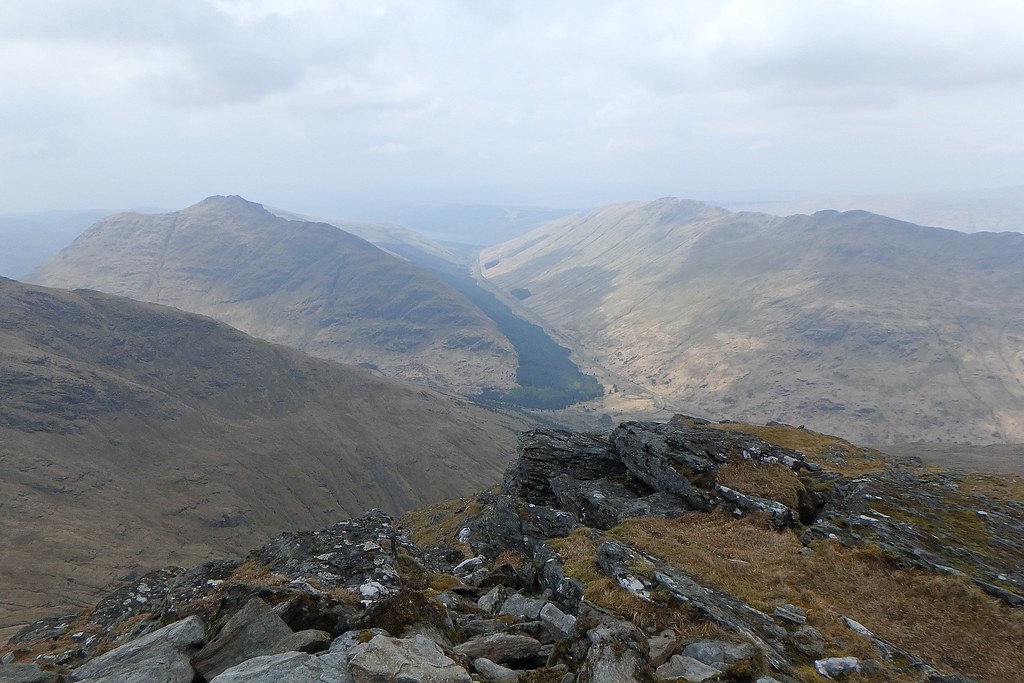 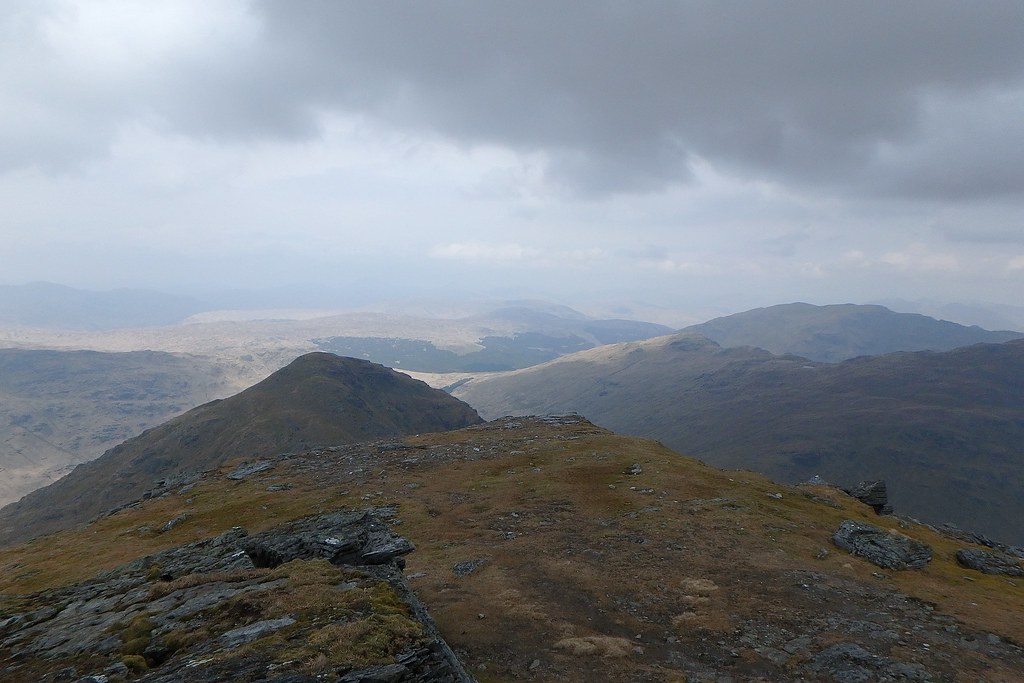 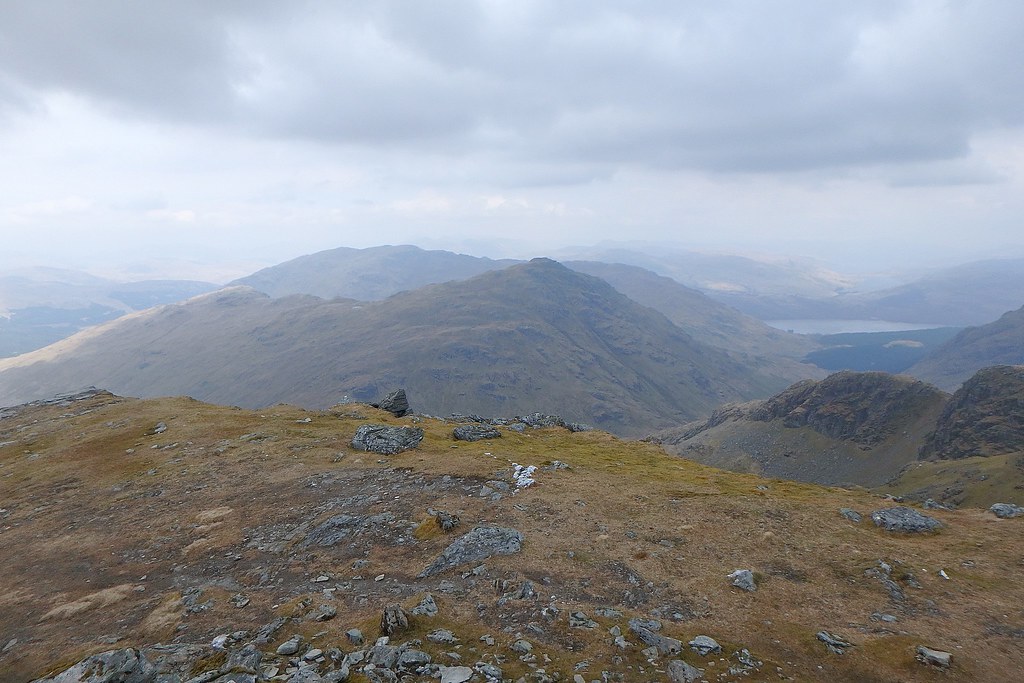 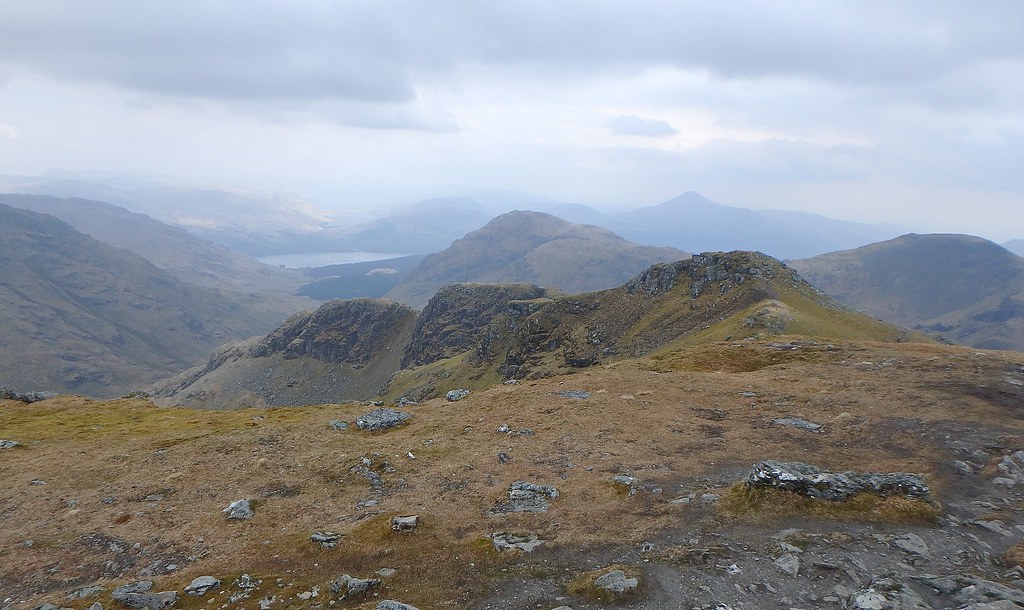 Beinn Narnain and the Cobbler. 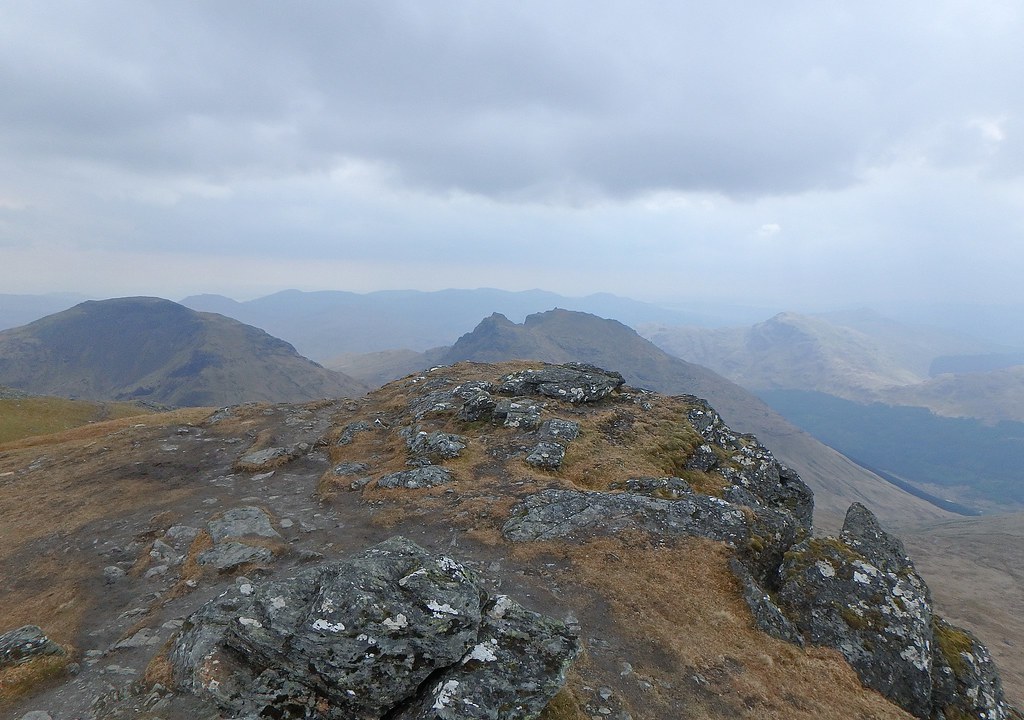 Off the summit back down to the bealach, Narnain and Cobbler in full view all the way.
We had our lunch in the bealach behind a large boulder out of the wind, we were joined by a couple from Paisley and had a good natter with them, fellow Walkhighlanders so hello again and if you're reading this, sorry I didn't get your names, I hope your day was a good 'un.

Beinn Ime from our lunch spot. 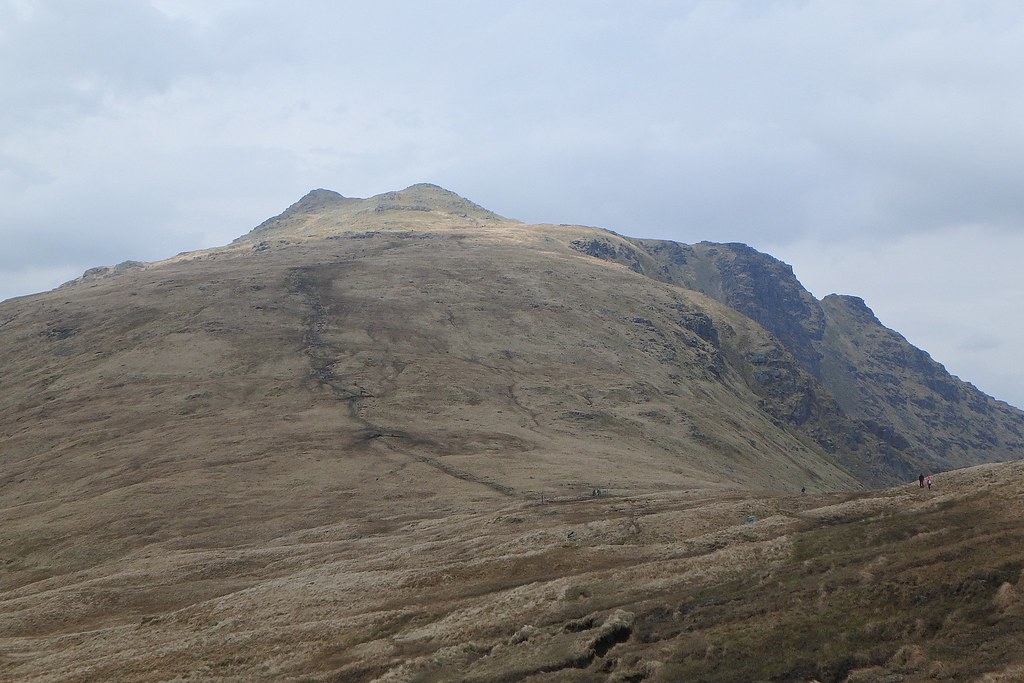 Looking to Ben Vane (left) and I think that's A' Chrois in the distance to the right. 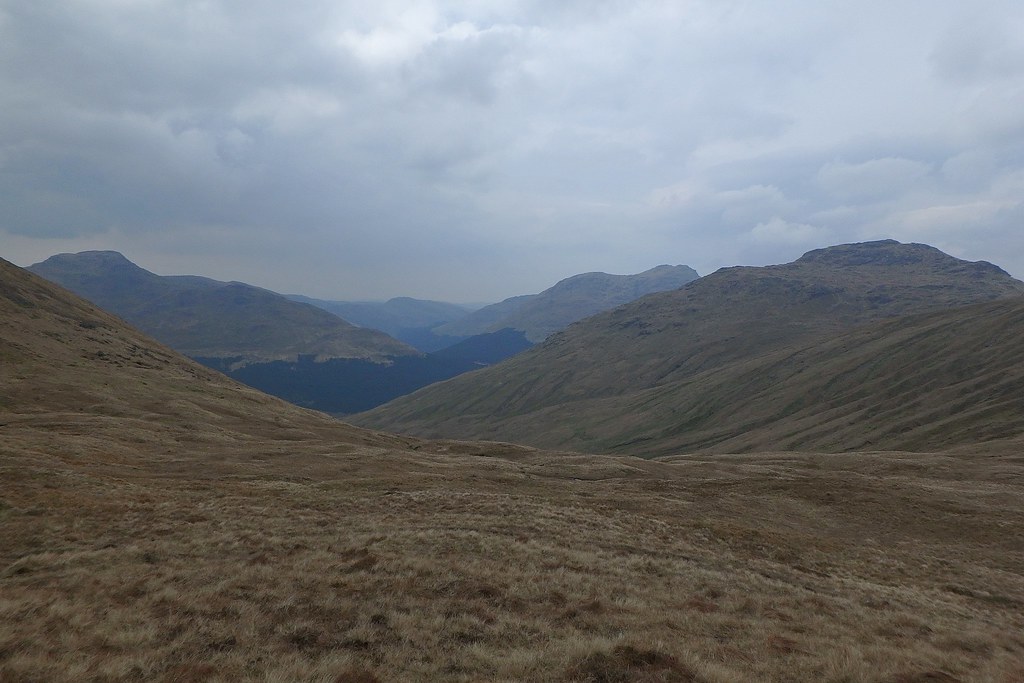 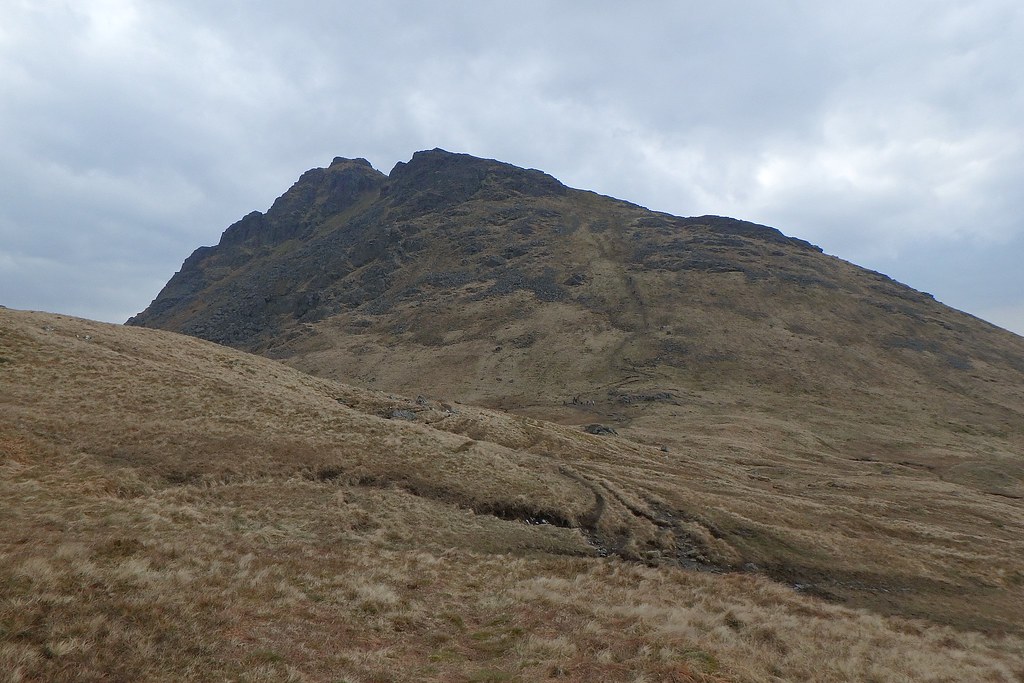 By now there were a lot of people around and about, most were heading up Ben Arthur and I must admit the tempation was there to follow them all but by now we were a bit weary and the wind was not encouraging us to go up high again so we set off down the path back to Succoth.

The Cobbler from the path. 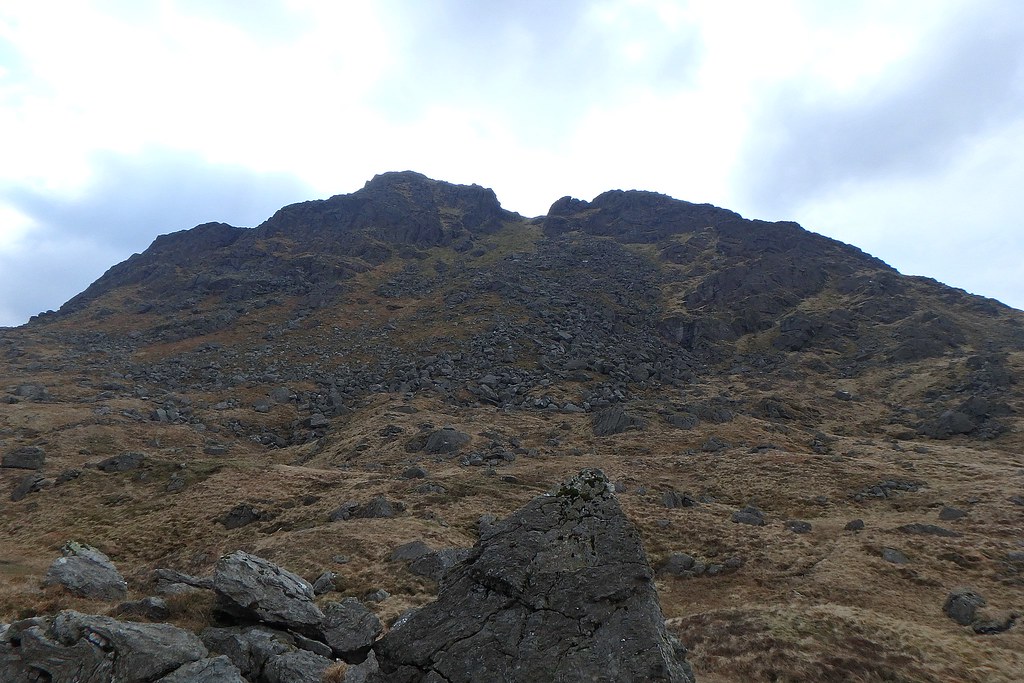 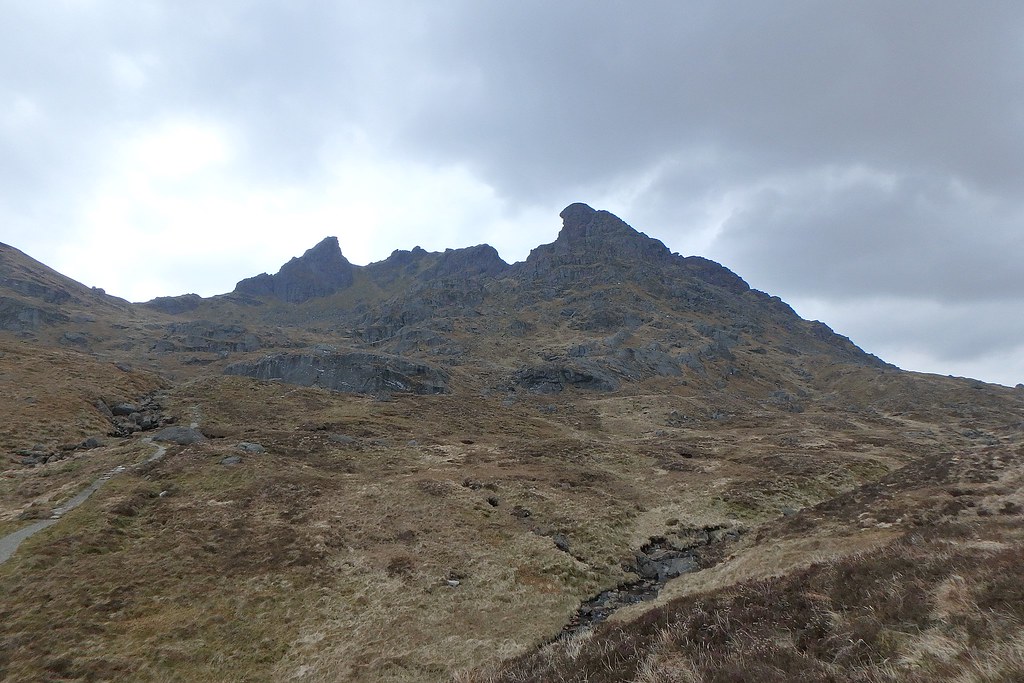 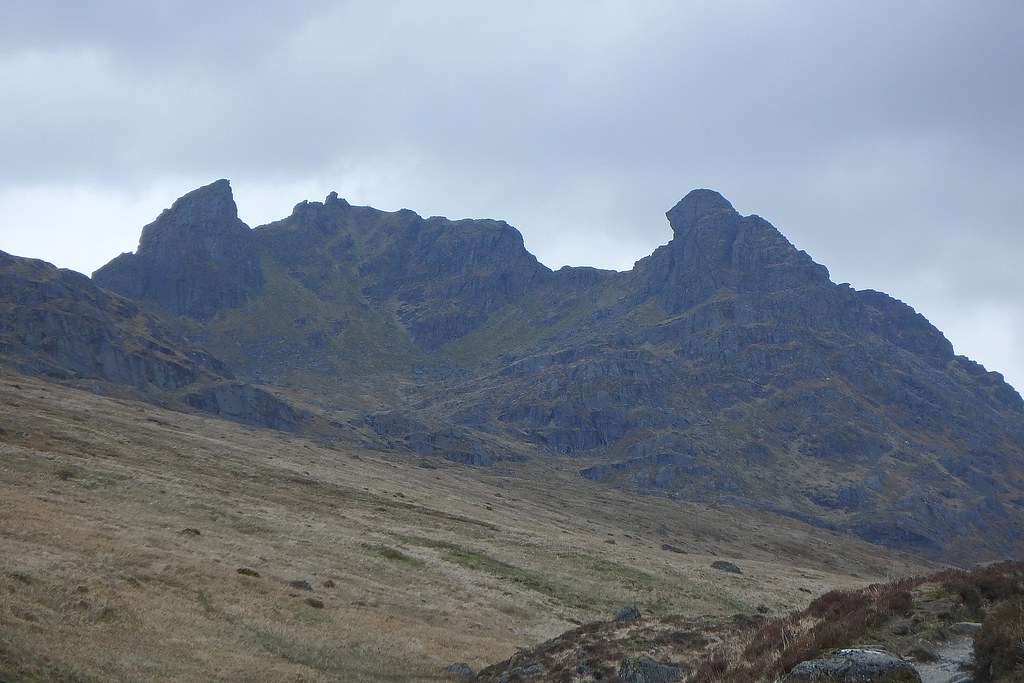 Ben Lomond now clear of cloud away in the distance. 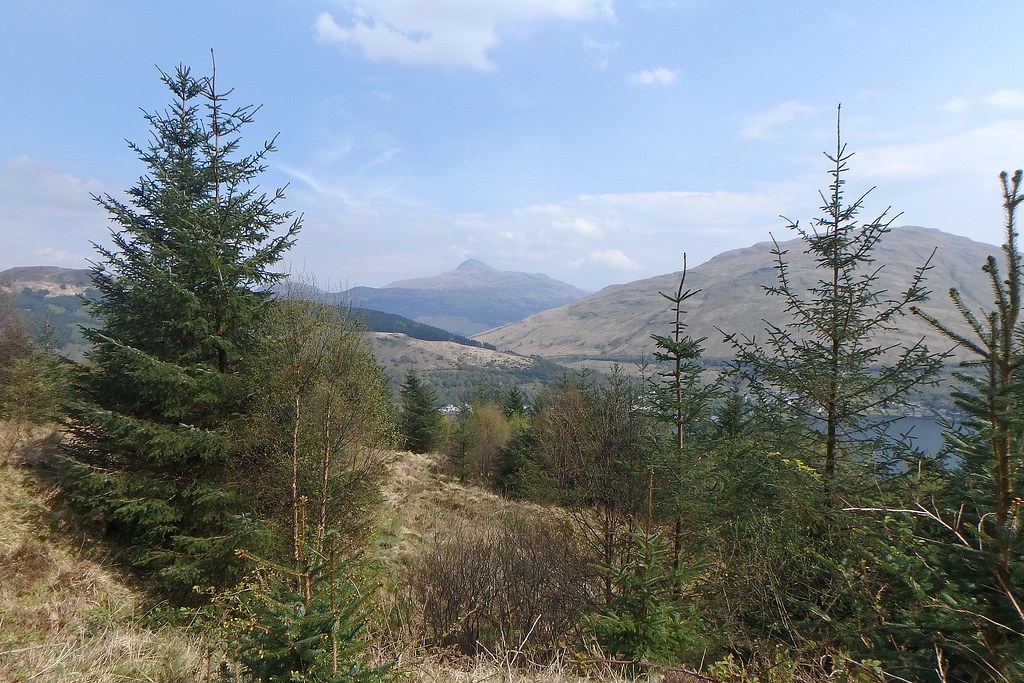 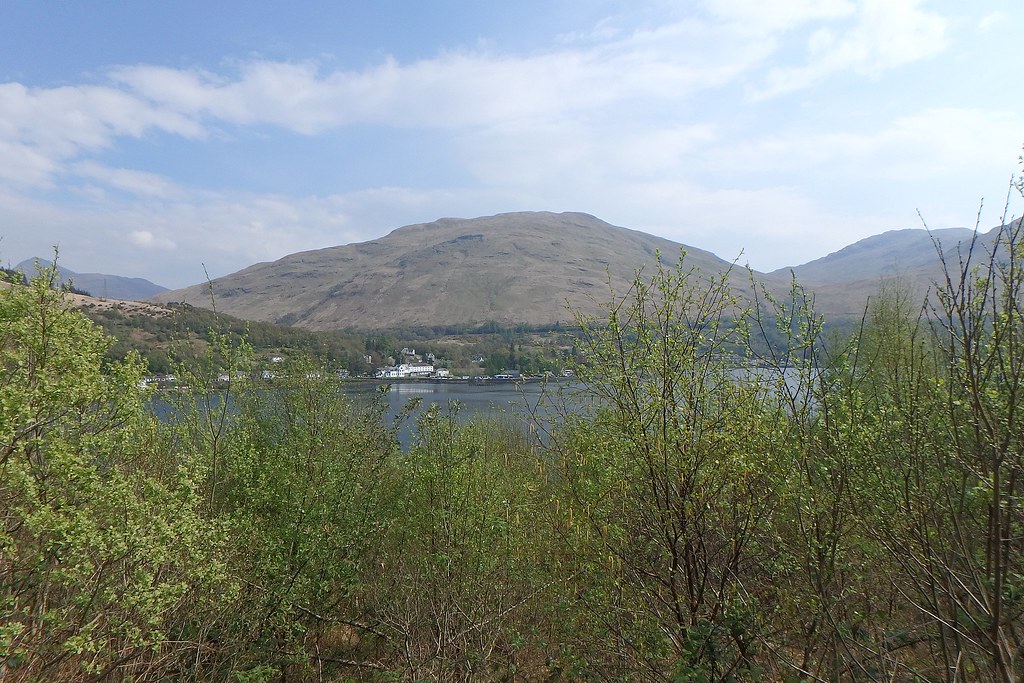 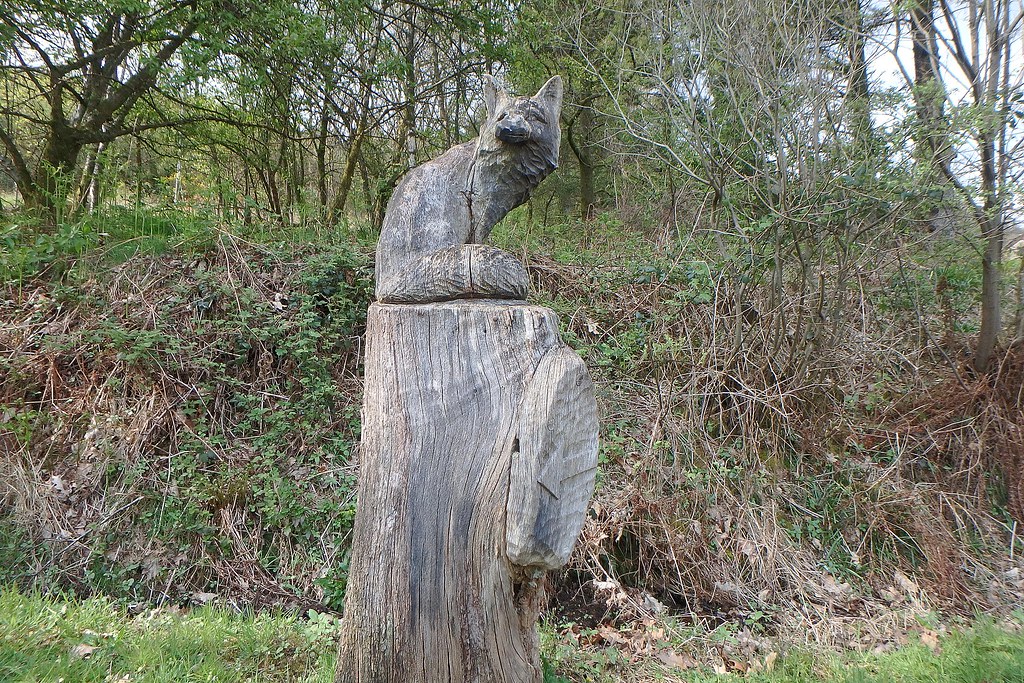 When we got to the car park we noticed there were a few cars with parking fine tickets on them, they had paid the parking fee but weren't parked in a bay so I guess the wardens are pretty keen so watch out for that one folks.

So, the first two munros for 2017 are done, the weather behaved and we got the views, it proved the Arrochar Alps were worth waiting for.