The settled weather throughout Scotland gave the opportunity to head into Ben Alder and get around the six munros in the group on one visit. The early season also allowed relief from the horrendous midges that are in this area later in the season. Our route in from Dalwhinnie involves 27km of cycling and 25km walking which was completed in 12hrs round trip. 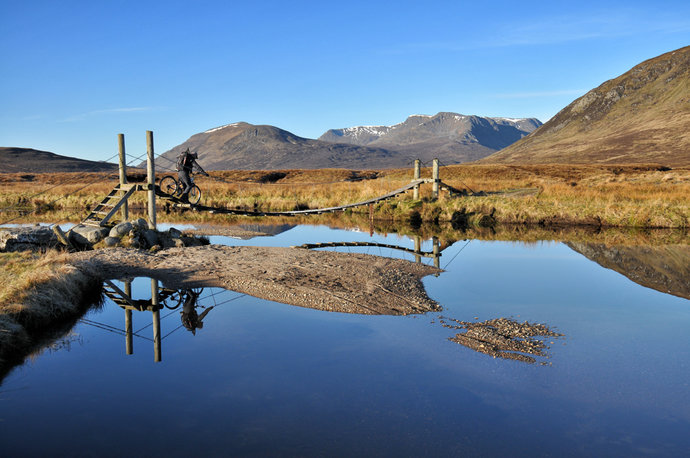 The cycle in was straight forward and enjoyable in the early morning sun which quickly cleared the overnight frost. The bikes were left a few km northeast of Culra bothy as we planned to complete a clockwise circuit starting with Beinn Bheoil and eventually drop off the northeast shoulder of Carn Dearg before the return cycle to the car. The height loss down to 500m between Ben Alder and Beinn Eibhinn is the biggest of the day but is well worth the effort particularly for the views down to Loch Ossian. 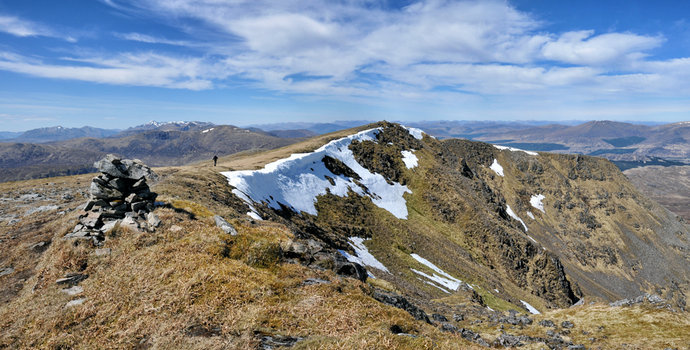 The ridge walk linking the four munros back towards Culra bothy is generally a grassy crest and summit plateau. Only after Geal-Charn does the ridge narrow slightly as you drop down the shoulder towards Carn Dearg. The following movie captures the circuit on this glorious day... Scotland at its best.... hope you enjoy.