The forecast for Sunday was no too bad so I made a late call to head to Bridge of Orchy. I am starting to really hate the stretch of the A82 between Tarbet and Inverarnan. Two weeks in a row heading north I've got stuck behind someone in a fancy Jaguar who has misplaced their accelerator peddle.

Anyway, after stopping in Tyndrum for a wee cup of tea I arrived at the car park beside the Bridge of Orchy hotel just after 11am and in time for the heavens to open up and pour with rain. Suitably clad in water proof trousers and rain jacket I headed off to the railway underpass at the train station.

The path to the bealach is quite a mess. In several places it splits into several paths, each as badly eroded as the other, before sort of joining back up again. 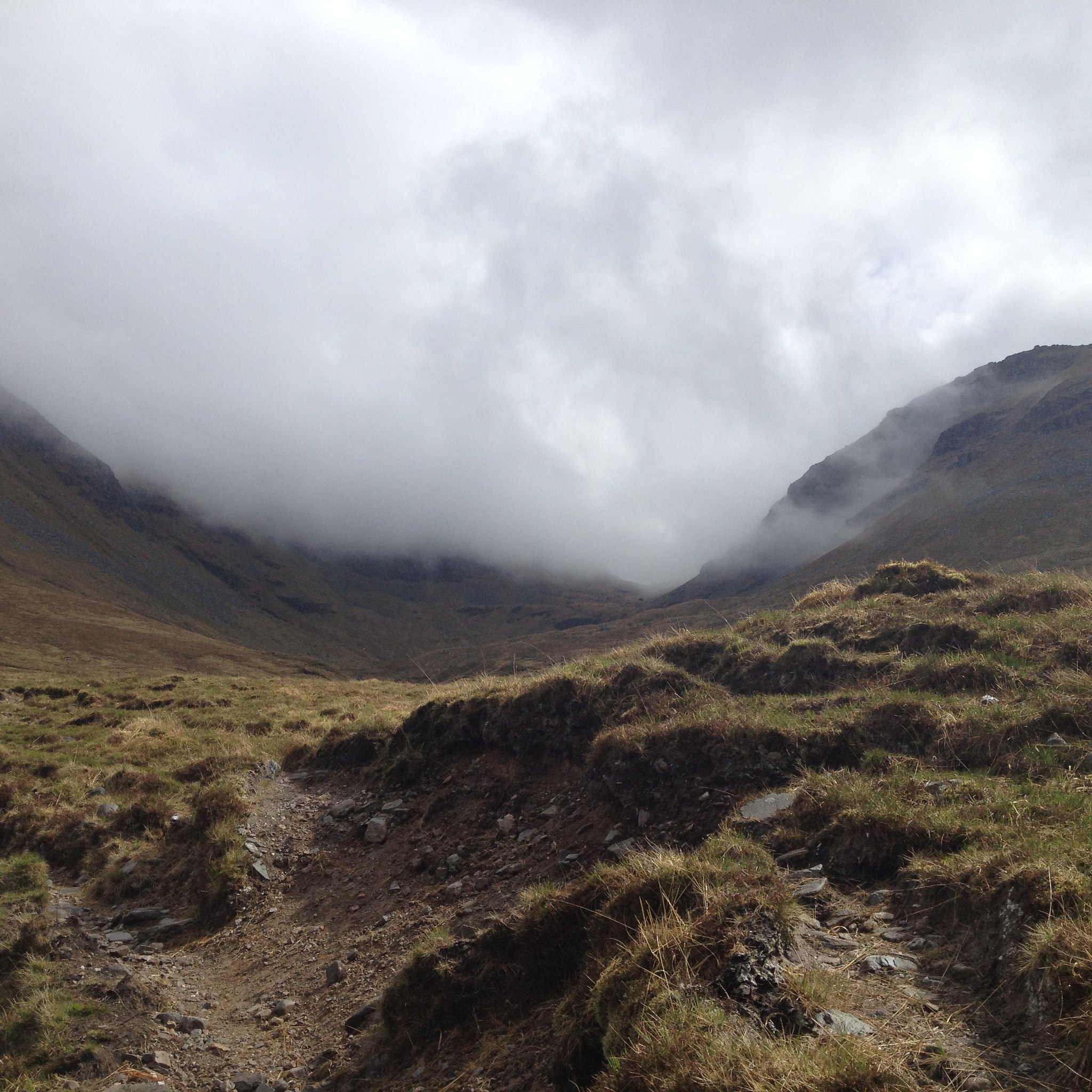 Fortunately the view up to the bealach compensates for the view beneath your feet.

The heavy rain had now stopped, but showers were blowing through so I decided to keep my wet weather kit on unless things brightened up more. 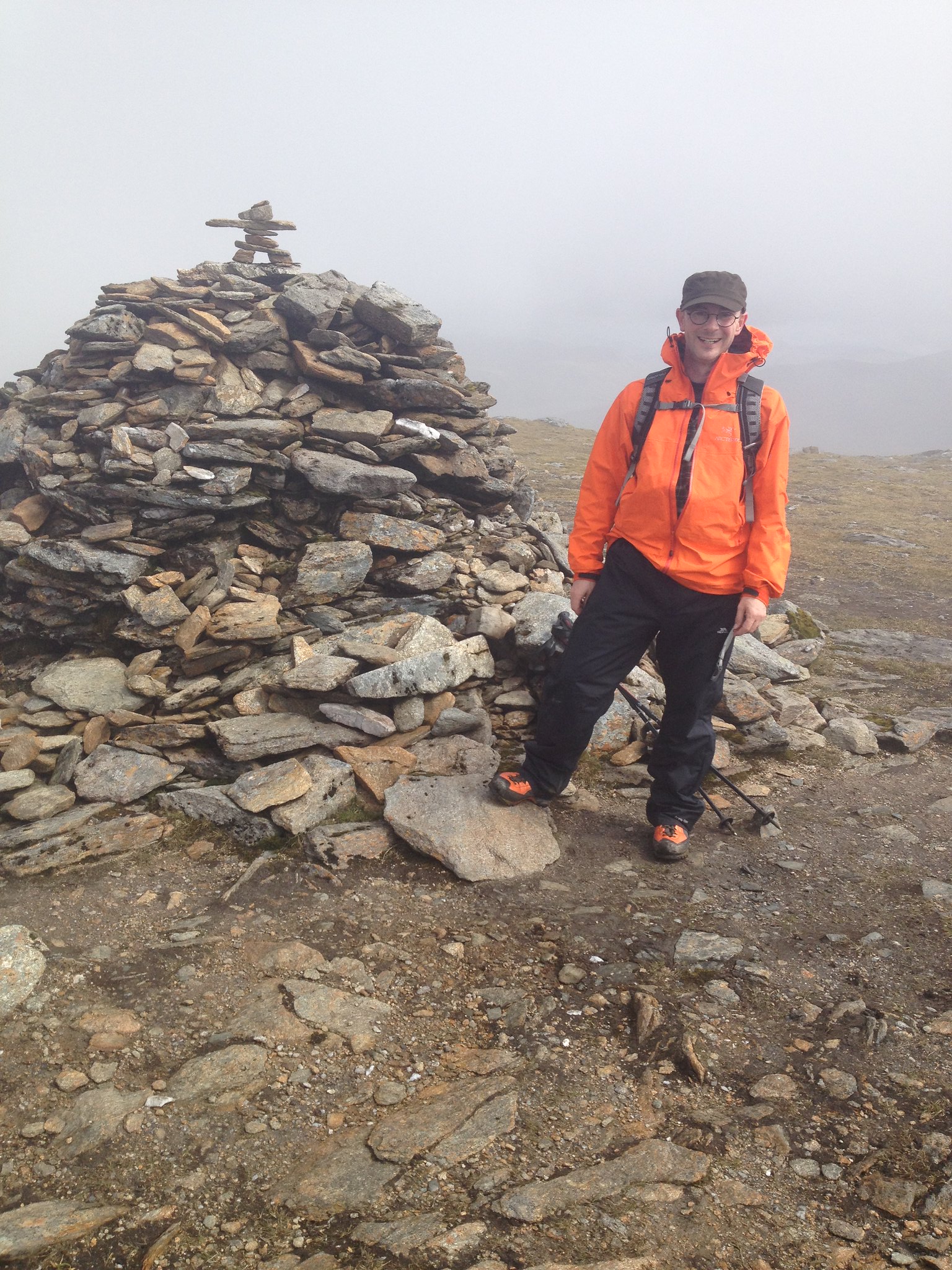 At the Carn Sasunnaich a lady who was heading back from the true summit of Beinn Dorain offered to kindly take a photo of me at the cairn.

As I headed toward the actual summit of Dorain the cloud broke and lifted giving magnificent views in all directions. My camera phone just can't capture the light and colours so I didn't bother trying to capture the view. 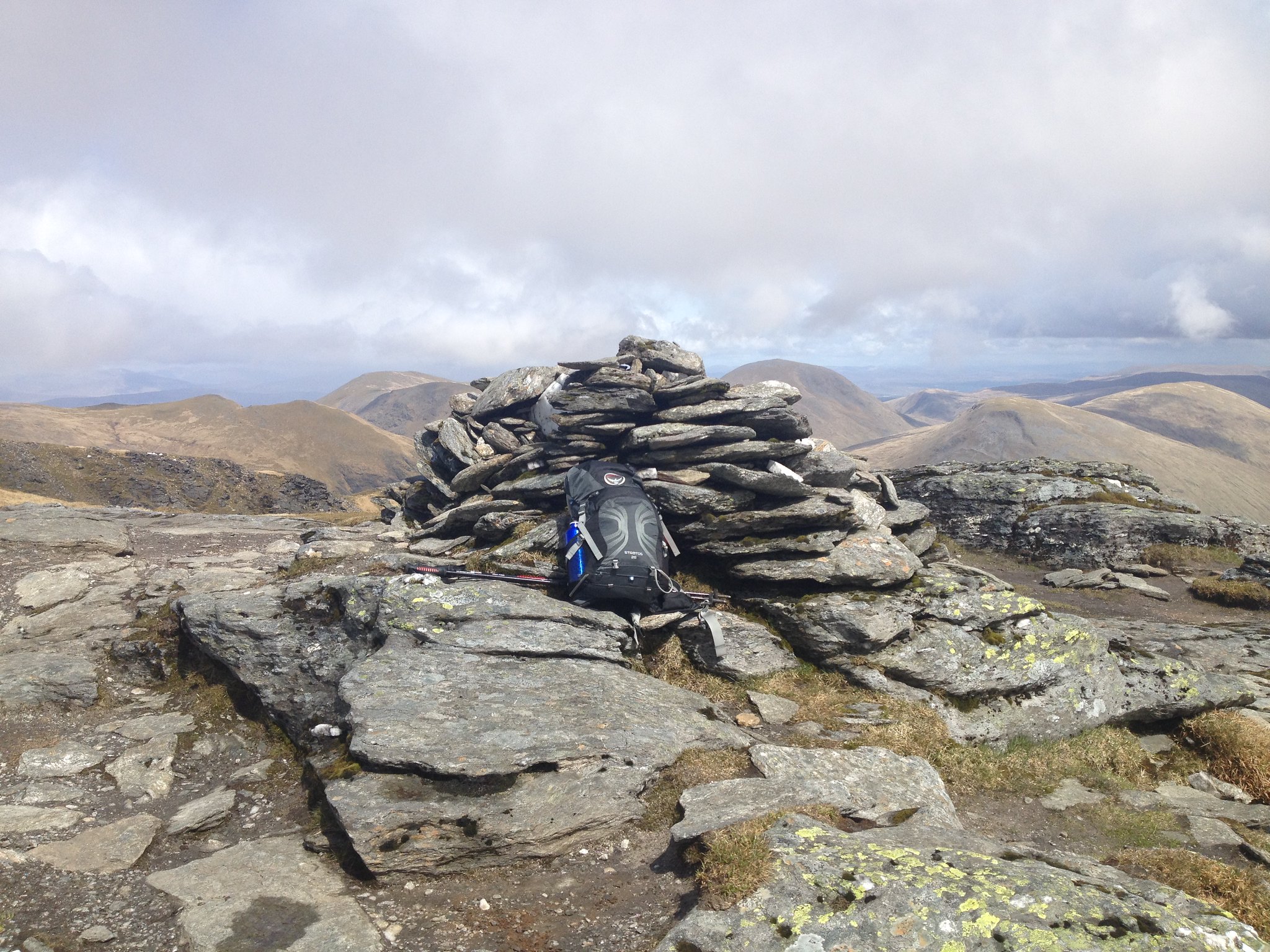 (At the summit cairn).

Given the improvement in the weather I took my wet weather gear off as I headed back to the bealach to then head onto Beinn an Dothaidh. At first the path to Dothaidh was well defined but before long it faded out into a boggy, peat mess. However, even with the rain that morning the underfoot conditions were not too bad.

The true summit of Dothaidh in tricky to find. I headed too far east and in searching for the summit visited three cairns that could all have laid a claim to this title. At each cairn I checked my GPS till it hit the magic figure of 1004 meters. 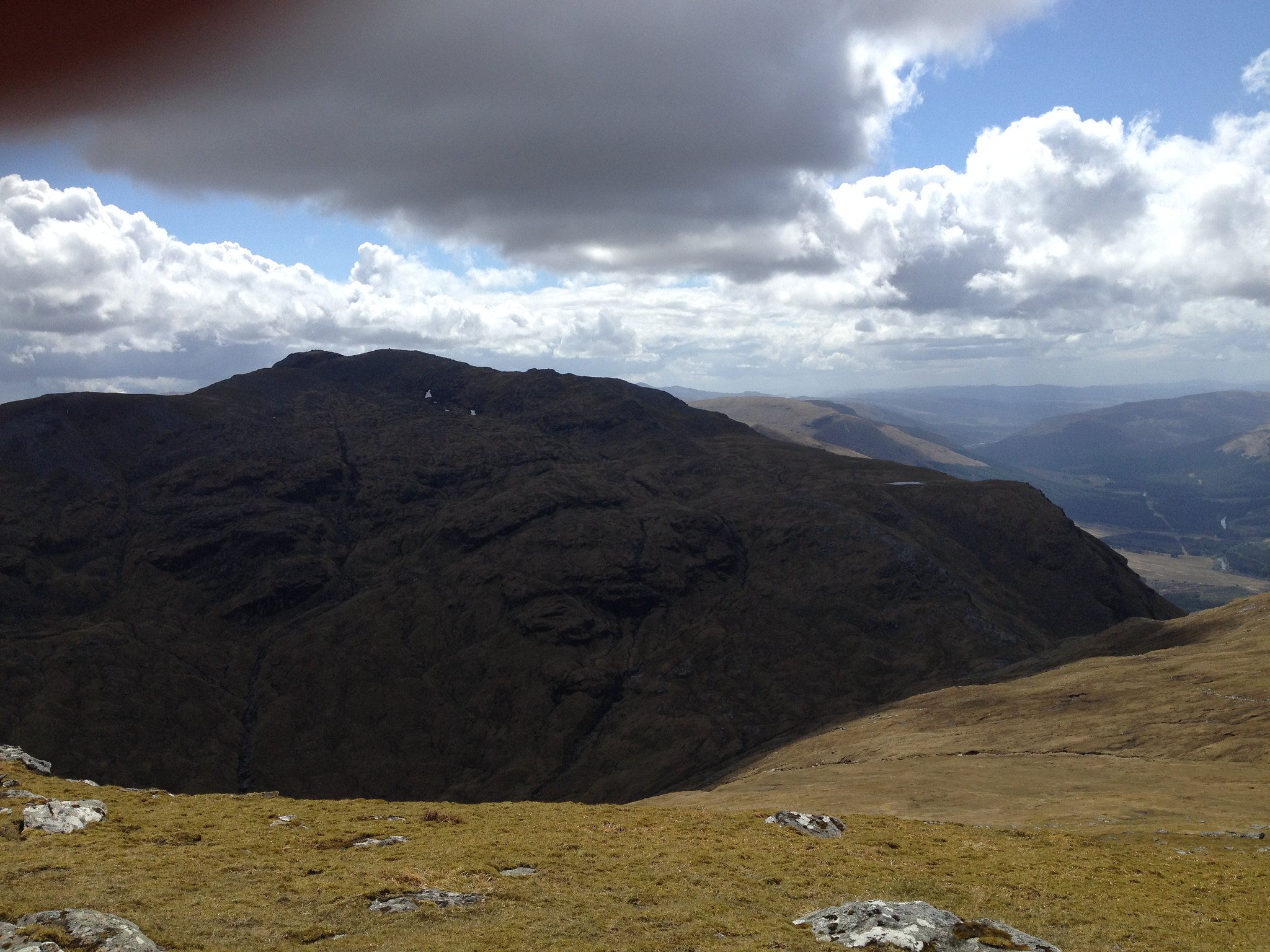 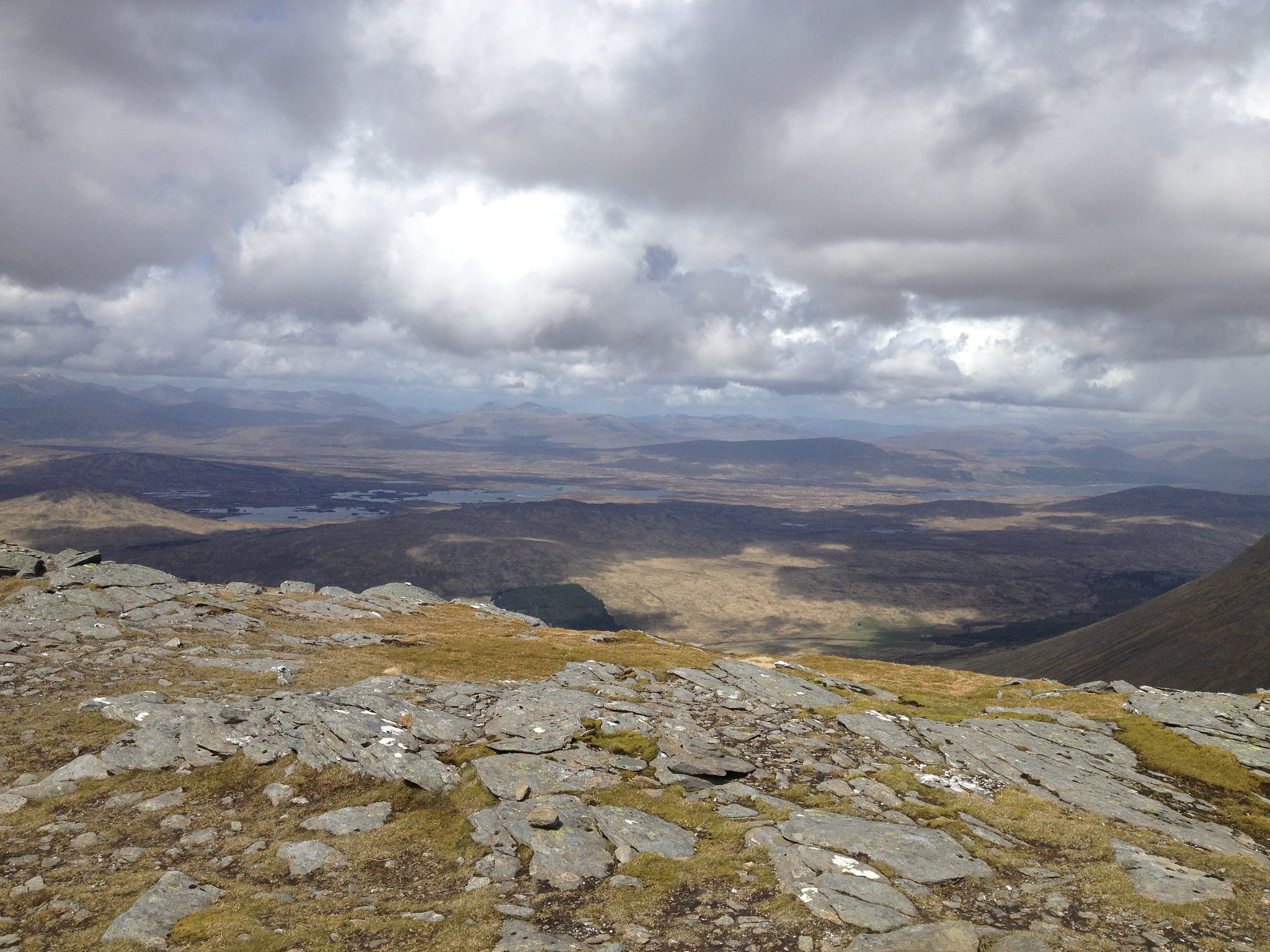 As I headed back down the path from the bealach I could see some dark clouds heading my direction so I picked up the pace to beat them back to the car. Fortunately I won and a couple of minutes after getting back to the car the heavens opened again. 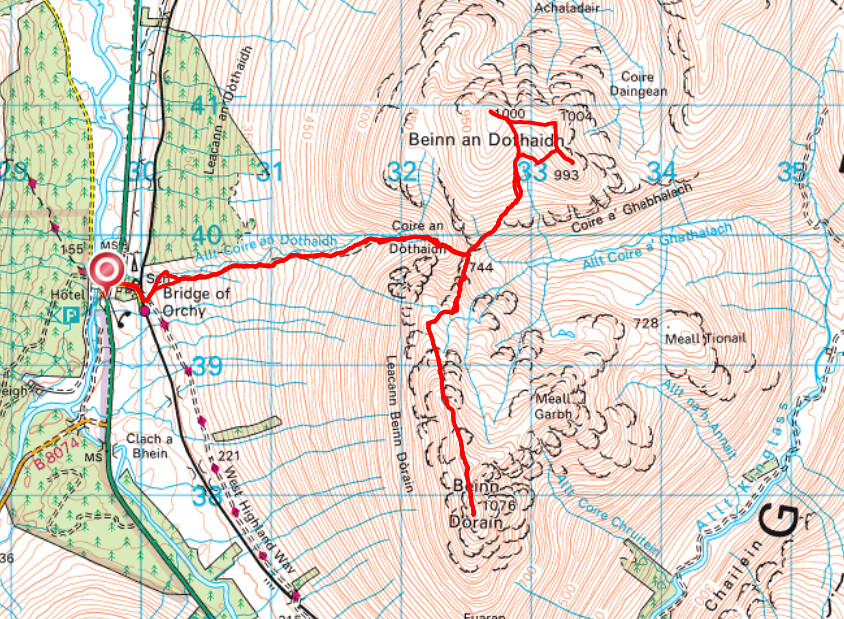 Finally found a GXP reader that I like, so here's a pic of my route. You can see a wee loop near the start of the walk where I followed a path to far toward the river. The main path was easily found again. On the top of Beinn an Dothaidh I headed along a track that takes you to the cairn at 933m. From there I could see that this was not the true summit so I headed to the next cairn I could see which was the main summit. I also headed over to the cairn at 1000m and this gave the best views up Rannoch Moor.

Re: A game of 2 halves, Beinn Dorain & Beinn an Dothaigh

Had a similar experience myself in this area: morning in clag, afternoon absolutely spectacular - and well worth the morning clag.

And boy is it spectacular when the sky is clear, no? And the hills themselves are pretty toothsome, I think.

Re: A game of 2 halves, Beinn Dorain & Beinn an Dothaigh

Alteknacker wrote:Had a similar experience myself in this area: morning in clag, afternoon absolutely spectacular - and well worth the morning clag.

And boy is it spectacular when the sky is clear, no? And the hills themselves are pretty toothsome, I think.

Thanks for the comment.
The way the light was hitting the ground made the views east toward Loch Lyon breath-taking.