Friday, 22nd. June, 1977
Having started from Dalmally on Monday, 11th. July, a group of about fifteen of us had spent the last ten days or so trekking north via Glen Etive, a bit of Rannoch Moor, the eastern Mamores and the Grey Corries; now it was time to head out of the mountains to our finishing point at Roy Bridge. We were camped around the bothy in the Lairig Leacach but, before we headed north, we wanted to spend the morning climbing the two big Munros overlooking Loch Treig to the east.
We were away early and, in poor conditions, headed up into Coire Easain Beag and clambered to the summit of Stob a'Choire Mheadhoin. I remember taking bearings in the clag to make sure that we hit the right lines along the ridge to Stob Coire Easain and then down the stony descent back to the bothy before we grabbed some lunch. Then we packed up our tents and other bits and pieces before heading off. 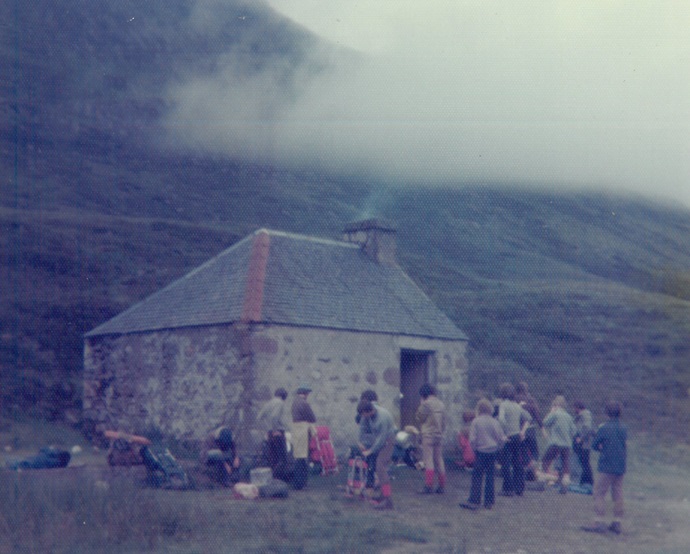 Getting ready to leave the bothy

One point of interest on the descent was that we traversed the hillside for a mile or so on the Lochaber Narrow Gauge Railway. Opened in 1925, this ran along the track of the pipeline which was constructed to bring water from Loch Treig (and Loch Laggan) to the hydroelectric power station in the Fort William Aluminium Works and it only ceased operation in 1977 - hence the tracks still visible in the photo below. 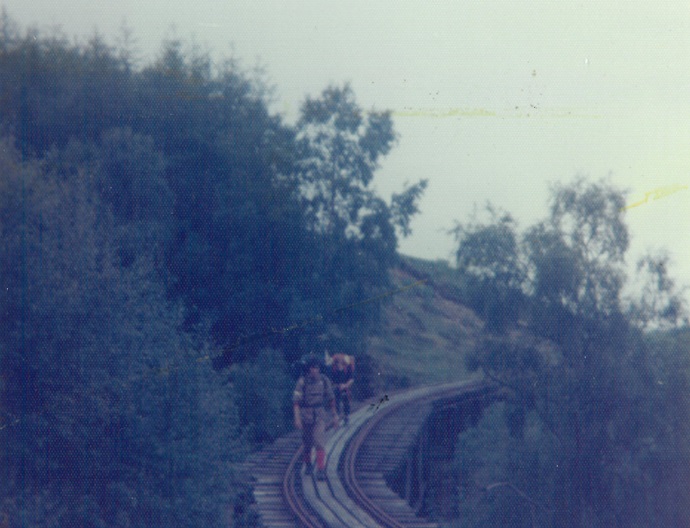 We didn't stay on the railway for very long, however, before heading down to camp on a patch of ground opposite the town at the confluence of the Roy and the Spean. Because we were a school group and all of us were only 17 at most, I remember that we were banned from trying to visit the pub - but I recall that Pete and Tim (the guys with whom I was sharing a tent) decided to try and an alternative strategy, walking a couple of miles along the south bank of the Spean and crossing to the (rather grand) Glen Spean Lodge Hotel where, despite our very youthful appearance, we managed to secure a couple of beers each before making a late return to the tents. 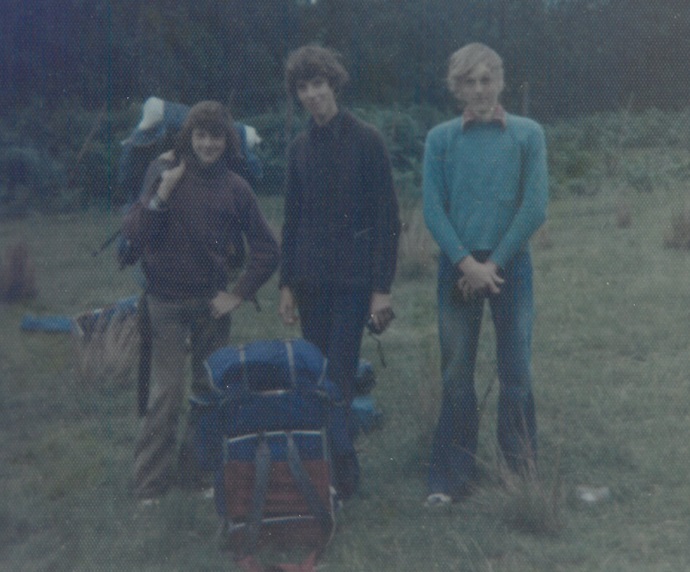 Tim Raffle, Pete Edward and me at Roybridge, dressed up for the Glen Spean Lodge Hotel

We crossed the river the next morning and took the train back to Manchester. It had been another great trip to Scotland - my third - and we had covered over 100 miles and climbed sixteen Munros in variable weather. Most of us would be back... in fact, some of us are still coming back.