Aran Ridge from the south

Aran Ridge from the south


A great day on the Aran ridge. I ticked off most of the outlying summits on previous trips and was eager to get onto the ridge proper. Travelled from Brussels by train on the Saturday and stayed overnight with my parents in Worcestershire before a very early departure Sunday morning. On the road just before 6am and on the trail shortly after 8am. I started from the south through Cwm Cywarch, a really beautiful spot. The walk starts with a reasonably steep slog up to Pen Yr Allt Uchaf before swinging round to Drysgol from where impressive views of the main ridge open up to the north. 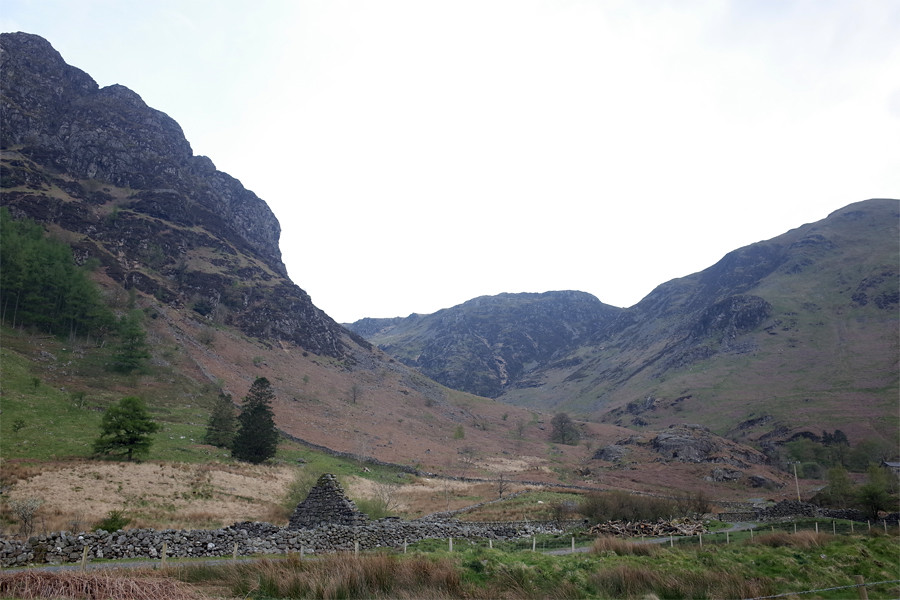 Conditions were OK; mild and sunny but also hazy and very windy. Once I passed the memorial cairn and climbed up towards the summit of Aran Fawddwy itself I could pick out the Rhinogs to the west but not the Irish sea beyond. On a less hazy day I might have picked out the coast itself. The main ridge walk is a delight all the way over to Aran Benllyn. Retracing my steps southwards I bypassed Aran Fawddwy to the west. Until my descent towards Gwaun y Llwyni I had not encountered a soul all day but now passed a few parties making their way up onto the ridge. One of the attractions of working my way (slowly) through the Welsh Hewitts is the frequency with which you have the hill entirely to yourself. It’s a great feeling to be alone in a huge landscape. 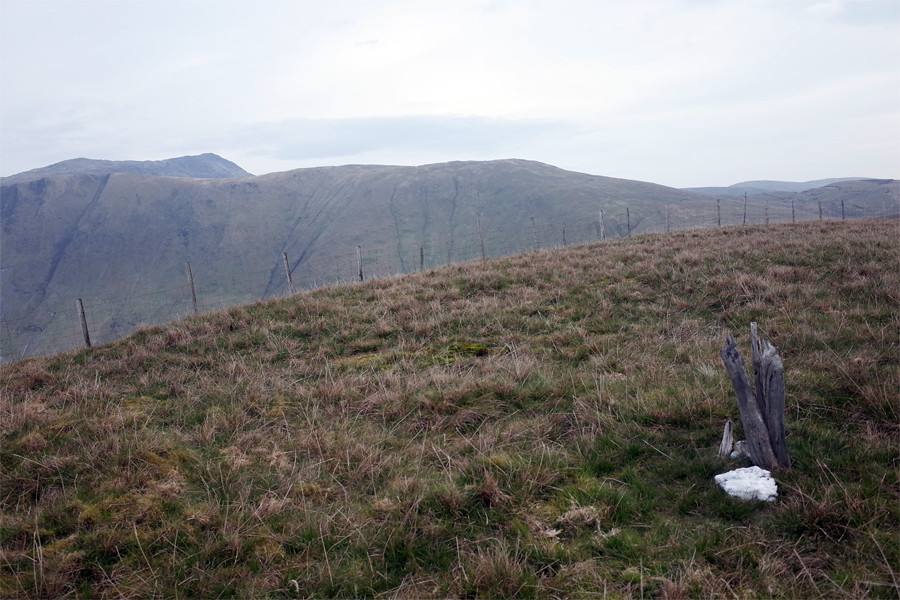 The final descent of the day follows a steep path beneath the crags of Creigiau Camddwr. A very moody and atmospheric place. I arrived back at the car the very moment that it started to pour with rain. I’d noticed clouds gathering while higher up and was relieved to have missed the shower. The super early start definitely paid off. 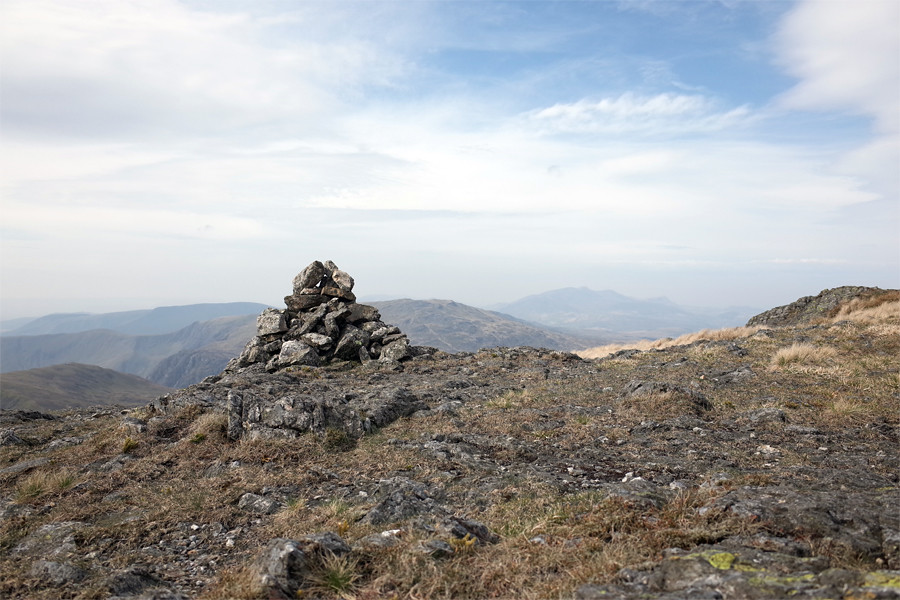 This Sunday was my ‘biggest’ mountain day (in terms of total distance and ascent) since October 2015 so I was pleased with the achievement. I’ve been plagued on and off with knee injury problems over the last couple of years and after moving to Belgium in February I really worried as to how I would maintain my hill fitness. It seems that more frequent, longer walks at lower elevation and with less ascent have been perfectly adequate maintenance. Looking back over my routes in Wales and Scotland before leaving the UK I rarely covered distances of more than 20km and frequently around 15km (or less). Since moving to Belgium, regularly covering distances around the 20km mark (though obviously with much less ascent) does seem to be paying dividends. I’ve also begun to mix stuff up a bit with occasional bike rides.

The Arans are a great range. Up on the main ridge you really feel as if you are on a very big hill indeed but compared with the honeypots further to the north there’s a welcome lack of crowds. As with Cadair Idris, for anyone based in the West Midlands, the Arans are a simply superb opportunity to experience mountain terrain as fine as anywhere else in the UK and without having to spend much more than a couple of hours behind the wheel of a car. 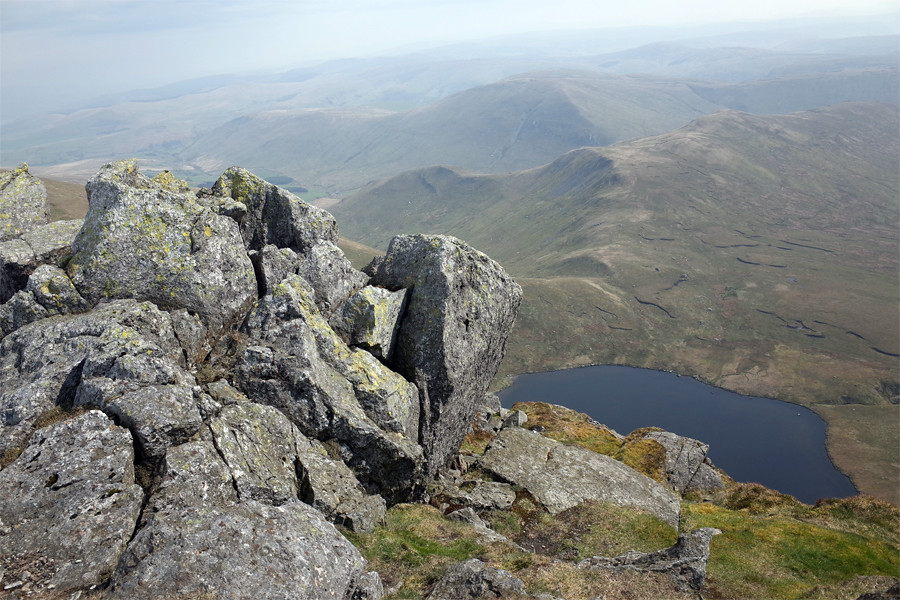 Sunday night I stayed at a B&B in Llanuwchllyn. On the way home on Monday I bagged Foel Cwm Sian Liwyd. Now that was some pretty grim, wet heather bashing. By all accounts the summit does afford great views, though not on a day when the clag is down! To be honest, unless you’re a Hewitt list ticker FCSL is a hill to skip!

They are wonderful mountains; Aran Fawddwy probably one of my all time favourites. Lots of different options for approaches too. A walk in across the Hewitts/Nuttalls to the east, and then up past Creiglyn Dyfi is highly recommended in future too.

Looks like a nice range, riverman. I made my first visit to Wales for a long time recently, but I'm definitely looking forward to going back.

Hell of a trip to get a walk in Riverman

and thanks for a great report and pics

simon-b wrote:Looks like a nice range, riverman. I made my first visit to Wales for a long time recently, but I'm definitely looking forward to going back.

Cheers Simon. I really enjoyed your Wales reports. You're in a great part of the country for hills. Out here in the lowlands of Belgium I'm envious!