This was the wettest climb yet .We drove up very early and parked on the side of the road just near the gate that leads to the tarmac road that takes you between Vorlich and Vane with the dam in front of us . We couldn't find the cairn that marks the start on the path so we walked about 200 m further up and just looked up through the rain spotted a steep but exciting gully and went for it ...The rain was off and on and although wet and slippy we enjoyed a good scramble up through the cliff . At one point Jav , behind me , gave out a small OMG and i turned to see the bolder that i had just clang to hurdled down the hill , as Jav had tried to clamber up it it gave way , it must have been about half a tone and made an awesome but frightening sound as it tumbled down the mountain . Once at the top of the outcrops we were met by a more gradual grassy slope which proved to be the main ball buster of the day. When we reached more rock we could choose many ways to go up , we actually chose the wong one but had a laugh scrambling through some caves and then doubled back to take a more sensible way up ... When at the top the wind and rain were driving so hard we could only stay there for a few moments , but we did go to the other cairn before making our way back down the path that we missed at the bottom . We stopped for some food and took our wet shorts off , yes shorts , were mental ( stupid) put our proofs on and followed the cool looking path weaving its way down to the missed cairn . We were drenched, and squigged our way back to the car where we rung ourselves out and headed back to glasgow for some liquid refreshment ,,, Although wet and windy this was one of my favourite climbs yet ! we had great fun but would put the proofs on from the beginning next time .....Danny and Kylie Munro 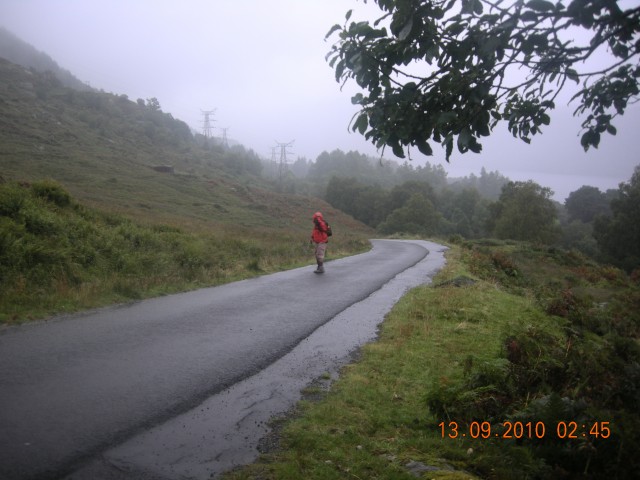 Road up from roadside 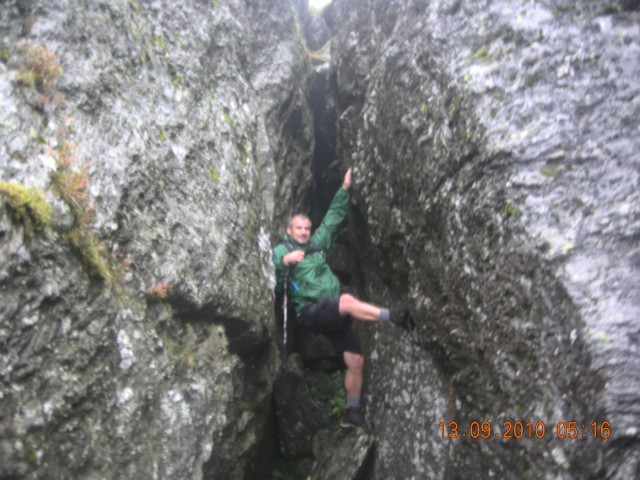 The trail to the summit 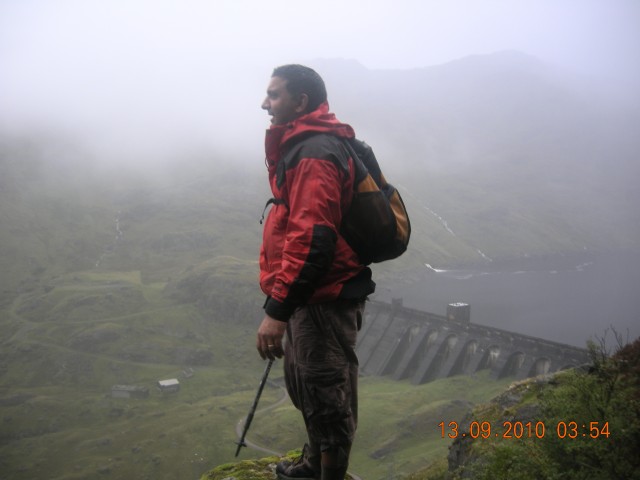 Jav with dam in the back Lone Tree Vane in Back ground 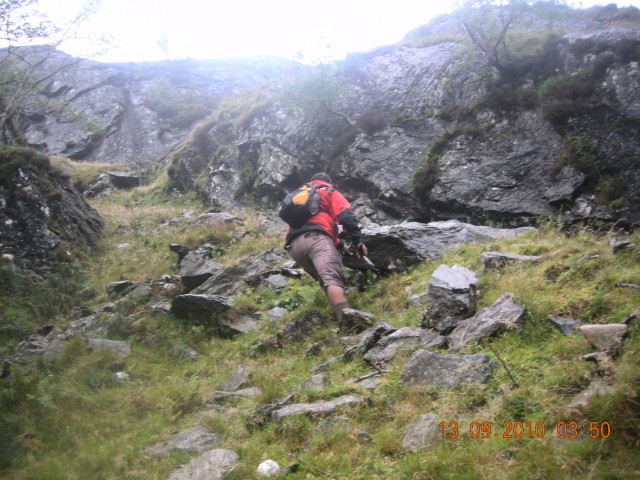 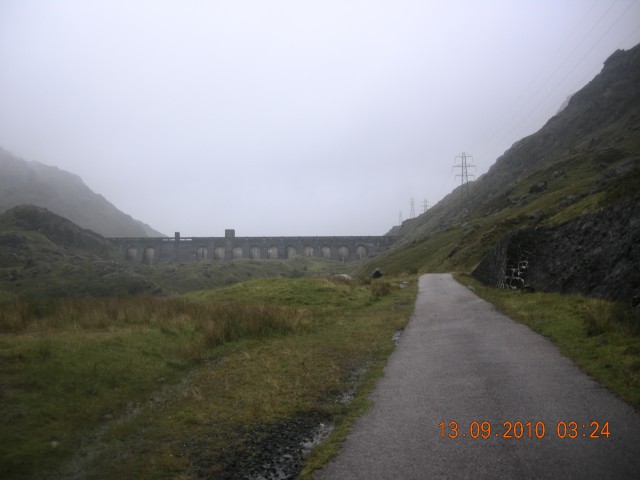 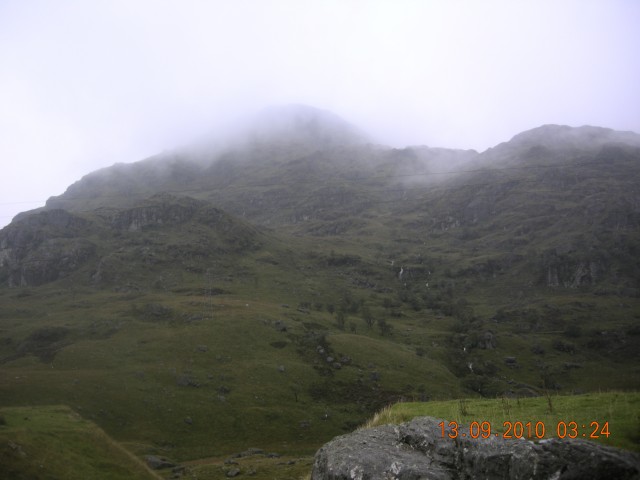 Re: Ben Vorlich by Danny and Kylie Munro

Done this one in April when there was still some snow on the top. Was a great day. Big steep bugger though.

Re: Ben Vorlich by Danny and Kylie Munro

When I see the various dodgy and scary routes people have been taking up Vorlich lately, I'm glad I'm the navigator on our trips! Crazy! Like the pic of the tree on the hillside though...

Unless it's cold on the hill, I always think shorts are best in the rain anyway - your legs dry out very quickly and you don't have to wear clammy waterproof trousers...