Having read various reports, I decided that the approach from Loch Turret would be more interesting than from Glen Lednock.

I set off with my 12 year old son and his friend at about 11am with the aim of walking up the east side of the loch and then returning down the west side via Meall na Seide and Carn Chois. However, the weather worsened significantly as we were on the final approach to the top with strong winds, rain and heavy mist; as I had the two boys with me, I reckoned it would be too dodgy going down the west side which has some steep drops, so we returned a similar way but with a small detour over the north west ridge. As luck would have it of course, the weather improved dramatically at that point but there was no way the boys were up for a return to the top then down the west side !

The walk begins in the car park at the south of the loch up a good track which extends beyond the end of the loch. It stops at Lochan Uaine at which point you have a choice. You can head across boggy grassland north westwards, then west along an old fence line, then steeply up north west to the ridge (when it started raining and got very misty for us with no shelter until the top) or head northerly to the bottom of the north east ridge and then west up to join the main approach to the top. After that it's a fairly straightforward route to the top. If the weather's bad, there's little shelter until you get to the top where there's a circular dry stone wall as in the pictures below. We headed up the former route and returned on the latter.

It's not a difficult walk and the ascent is only just over 800m but it is a fairly long pleasant walk. 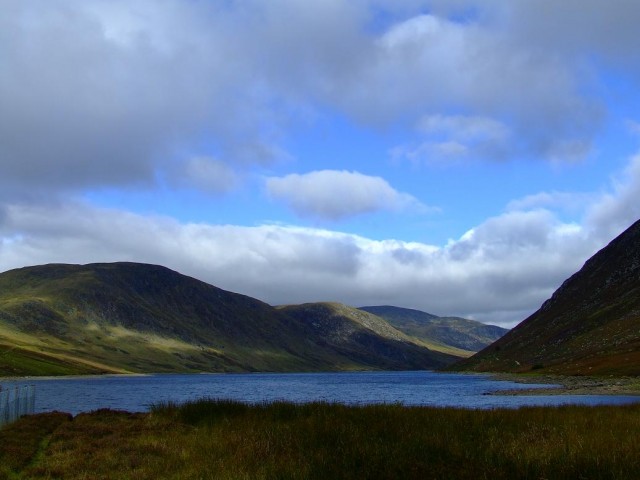 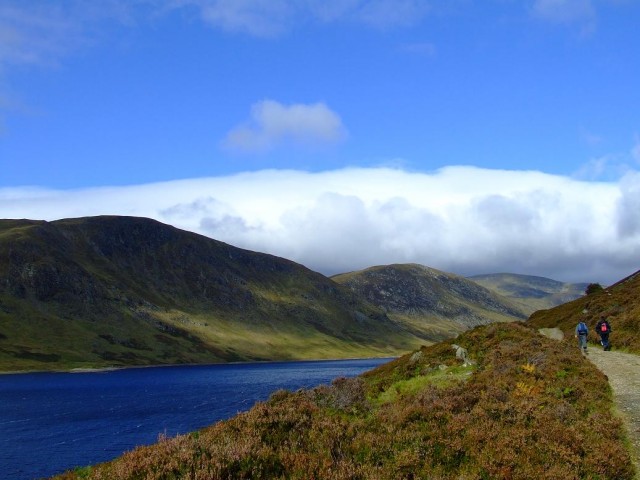 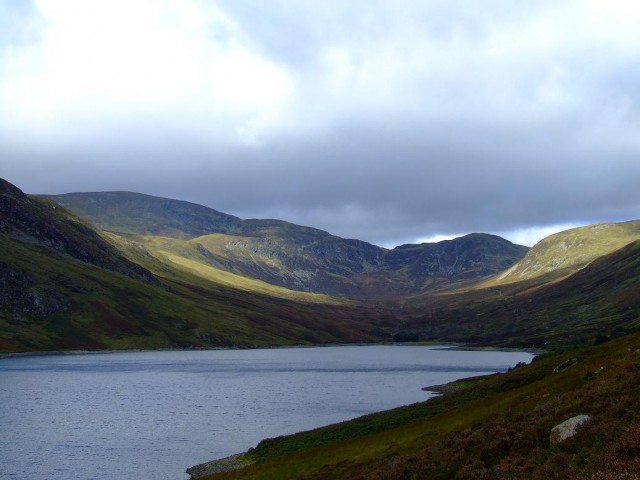 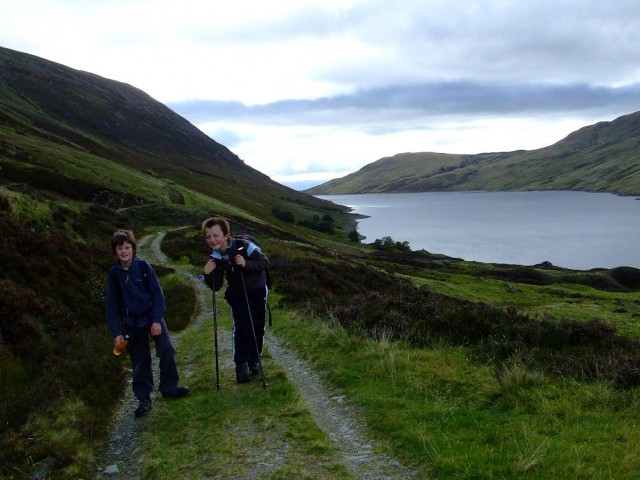 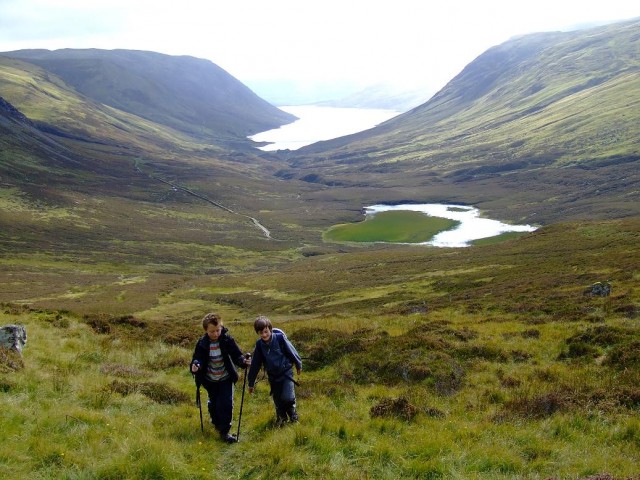 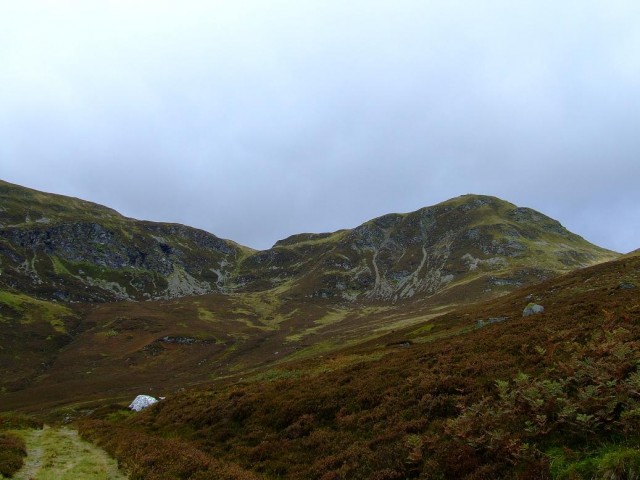 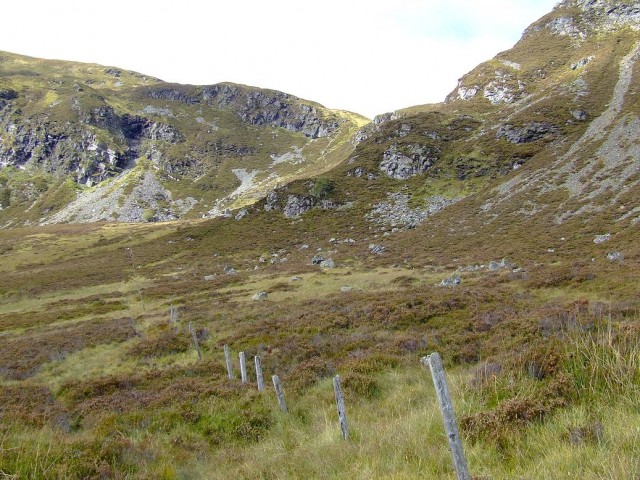 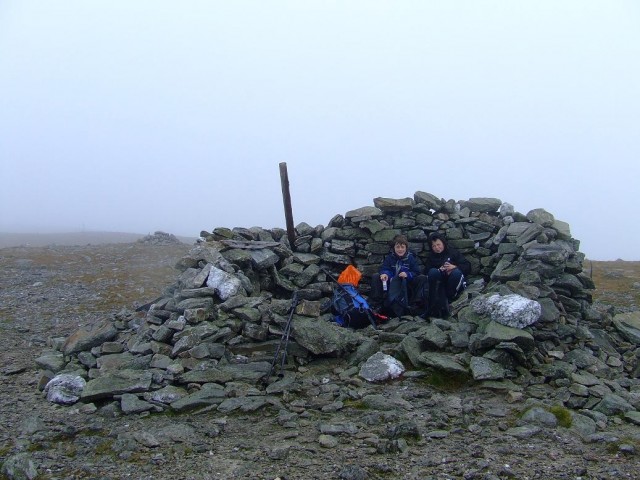 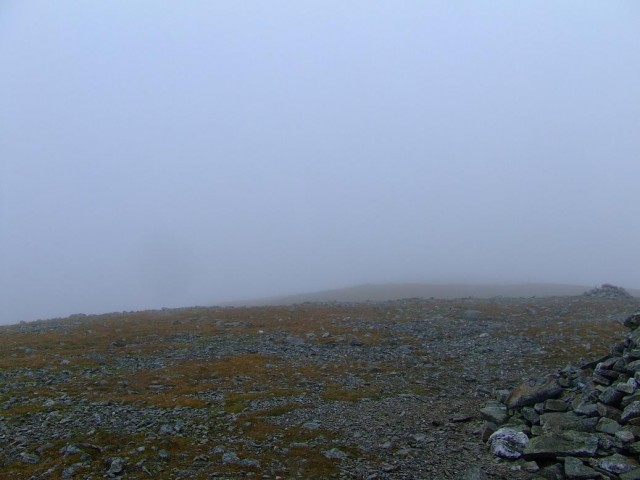 Some beautiful photos you got there anyway - you'd never believe it was going to end up so dreish when you look at the weather you set off in would you! Shame you couldn't have gone back on the west side - it makes the walk more interesting still and is very pleasant - but in the changed conditions, I don't blame you...

Good to see the young lads out getting some fresh air and exercise.

"wet and bedraggled at the top"...is that a tinny I see in the young chaps hand

You should try the Glen Lednock and compare. it's not that bad on a clear day.

Great report and photos
Where next?

Thanks - I think it's actually capri sun ! I've got a couple of reports to do on other recent walks and hopefully another after this weekend (provided the weather's better as I'm fed up with lack of views at the top)

bagged Chonzie myself earlier in the summer...trying to encourage my young son to get into the hills so decided to leave him at home for Chonzie...its a bit of a bog trot at the head of Glen Turret isnt it!!!

i did come back down the other side of the Loch....mainly bog to be honest so with all the rain we've had it probably wouldnt have been that great for you and the boys...in cloud it would have been a real test of compass skills as well as there are not too many stand out features to focus on...an intermittent metal fence is about it!!! there is a really steep and slippy descent near the dam followed by a bit more bog...

even still the approach along the loch is quite pleasant and i liked the green lochan thats hidden higher up!!!

taking the boy to do the Glen Falloch three tomorrow....looks like good weather!!!

Ah, good old much maligned Chonzie! I recall being "wet and bedraggled" (and frozen half solid) up there a few years ago before coming back over the high ground to the west of Loch Turret in a blizzard. The walk along the track on the east of the loch is a cracking walk on a nice crisp day though.

Well done to you and the boys, your weather looked so good at the start, I done this one in August this year via Glen Lednock and remember the views were lovely.