Losing my Mind - A Tale of Two Summits!

Losing my Mind - A Tale of Two Summits!


Eventually getting around to posting some walk reports from previous trips...

During our summer, that 1st week in May, I had taken 10 work colleagues over to Arran to climb Goatfell. It was a smashing hot day and everyone enjoyed it, although some finding it tough going in the heat. I now wanted some solo action so chose a route I'd never done before, the Walkhighlands route of the Big Bookil

I had previously conquered the Big Bookil via the Curved Ridge Route. So now it was time for the popular route up the
Coire na Tulaich - which at weekends is said to be like Suachiehall Street

Thankfully it was Friday

Blue skies at the start 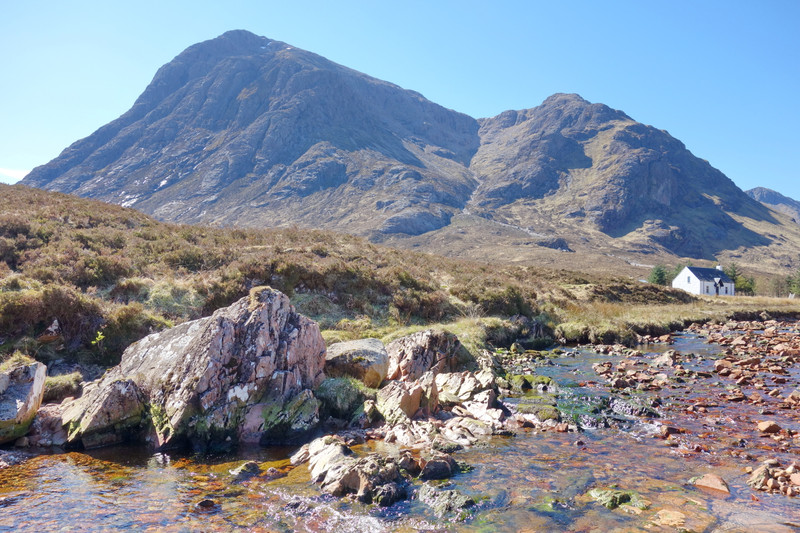 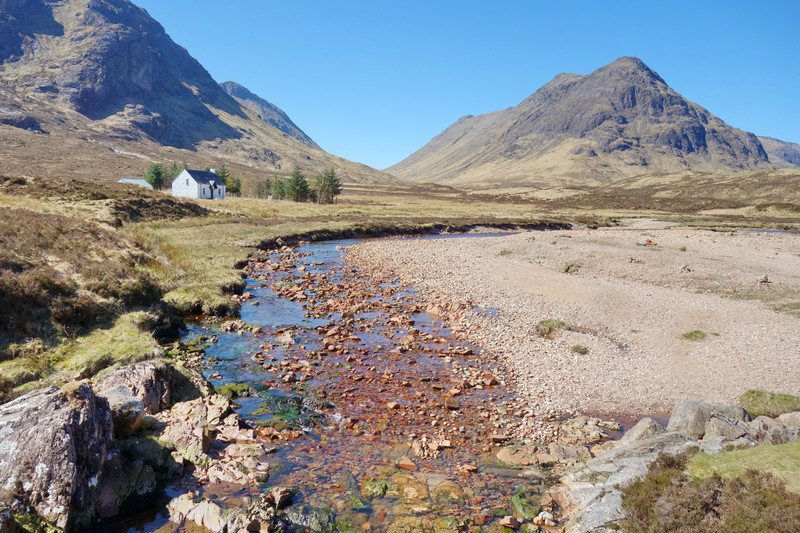 Straight up you go... 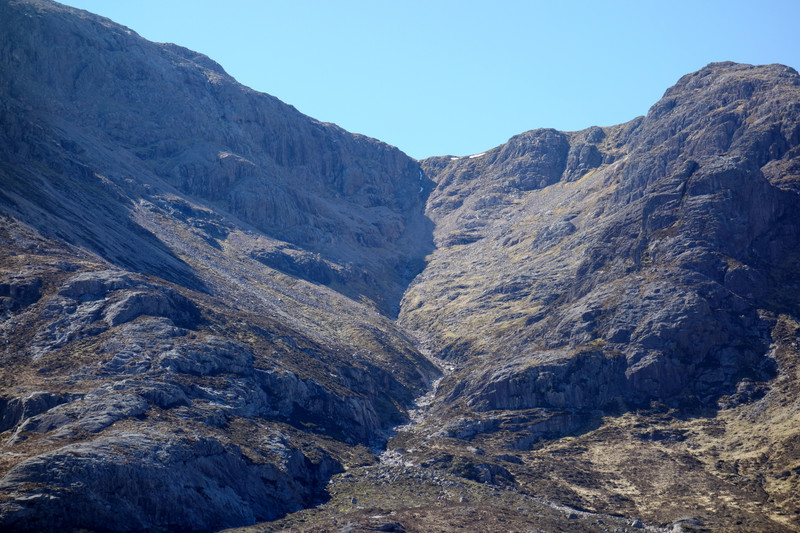 I absolutely loved heading up the coire, the rock formations and views superb. It was really hot, the sweat was extreme! But I was soon standing on the ridge proper, after navigating a very steep scree section. I headed East through the boulder field and reached the first summit - Stob Dearg. Wonderful views all around... 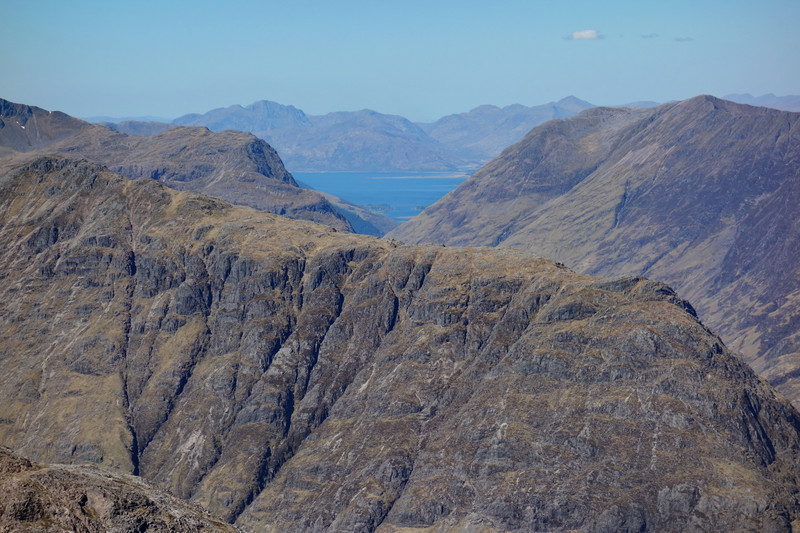 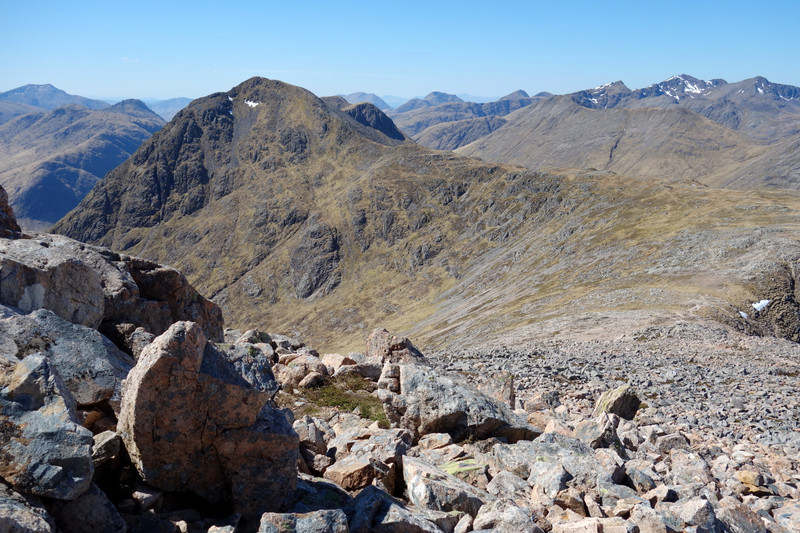 At this point I'd only met a few folk, the mountain was quiet

I decided I would find a nice spot and sunbathe for an hour. I dropped 20m South from the summit - bliss

Spot the fire in Glen Etive 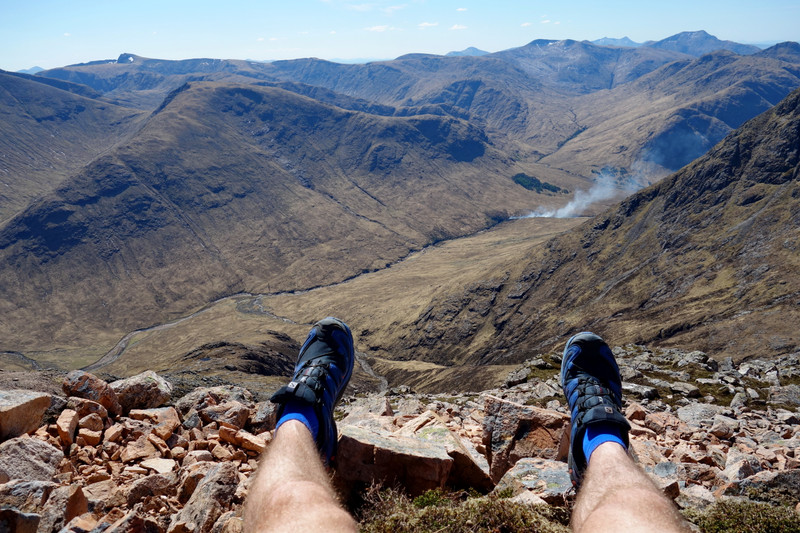 After an hour, and feeling happy with myself, I got ready and set forth for the second summit of Stob na Broige 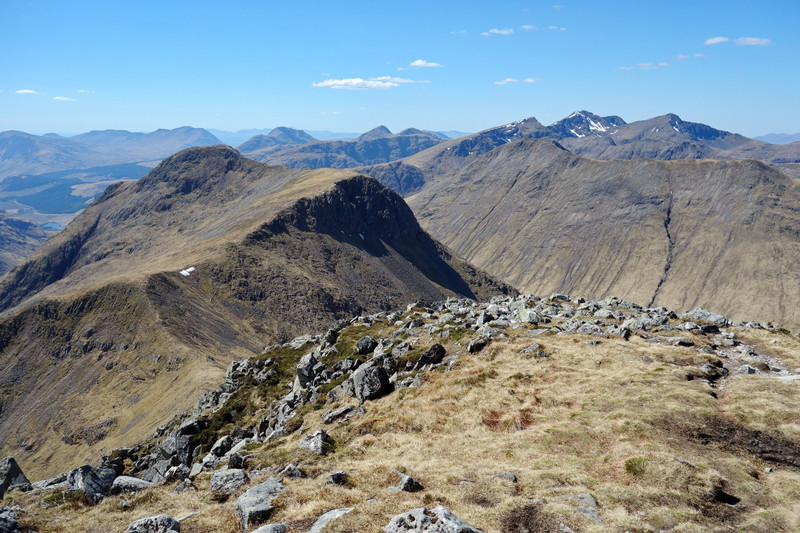 When back down at the bealach I realized the heat had made me forgetful, my camera case was gone...must be back on the summit. I reascended Stob Dearg but my case was nowhere to be seen. Someone must've picked it up, and they probably didn't see my sunbathing in my secluded little spot

I seen people in the distance so made my way back down and caught them just after the bealach. They informed me they had found it but given it to two folk earlier who where now along the ridge. I started running along the ridge and caught up with the couple at Feadan Ban. "We left your case back at the bealach, on top of the cairn"

So with this new information I dithed the rucksack and ran all the way back to the bealach. Found the case, with spare battery and wi fi sd card

I then ran back up the ridge to Feadan Ban. I was feeling slightly knackered so took a break before heading to my second summit. 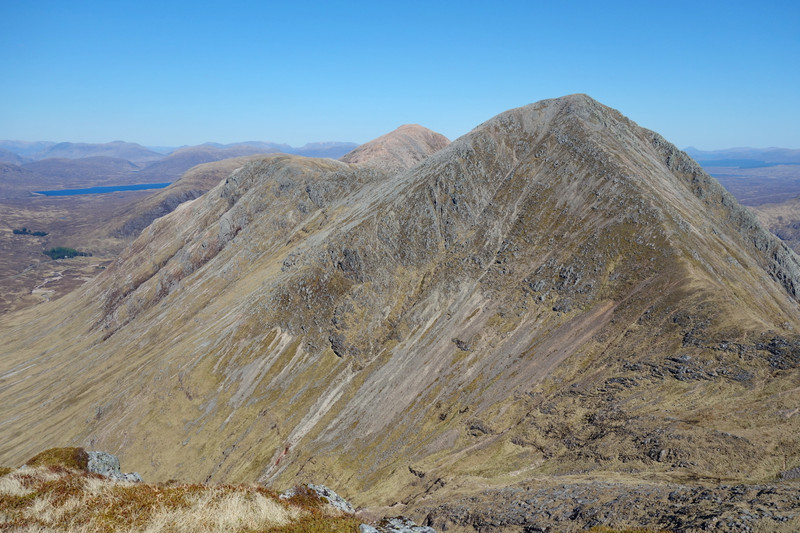 Fully recovered I was on my way again and soon reached the summit of Stob na Broige. This provided tremendous views down Loch Etive. A nice spot for more sunbathing I thought, so it was taps aff time 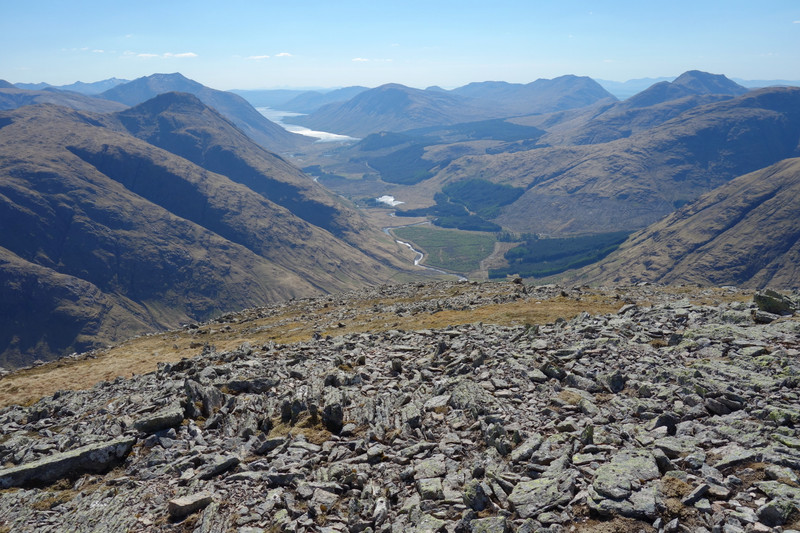 Lay here for an hour before making my way to the bealach and then down the steep North face to the glen. I enjoyed a leisurely walk out, my mind just about functioning at a satisfactory level

Took one last glance towards the Big Bookil... 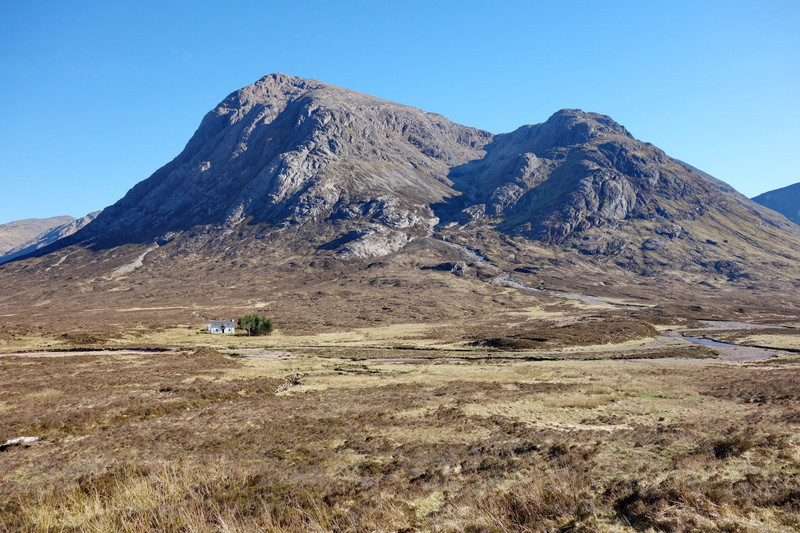 Really enjoyed this popular walk. Definitely do it again, midweek off course

Re: Losing my Mind - A Tale of Two Summits!

I'd planned to do this with friends last Thursday but pulled the plug with the dismal forecast and hope to get a day more like you had please!

Glad you found your camera case.

Re: Losing my Mind - A Tale of Two Summits!

A nice walk, DB. The whole ridge is really good. You had less snow there in early May than I did in late June 2015.

I was on Arran about two weeks after you and climbed Goat Fell with friends too. But the quickest ascent was made by one of my friends who jumped on a chair when we got a "moose in the hoose".