If I wasn’t a Munro bagger when I left Liverpool at 8.45am on Saturday 1st July I certainly became one by my return. Five years ago I started walking up mountains. Many years before, I had climbed the mountain path up Ben Nevis, but whilst I knew it to be the highest in Scotland I had only a vague knowledge of its status as a Munro. Since Slioch things had got a bit more serious; I had climbed a lot of hills in the Far North West and enjoyed them enormously, but my location choices had often meant my Munro count only increased step, by slow step. So this year was to be different and Torridon held countless delights over 3000ft.

I had planned to bag a couple of Munros enroute to the campsite near Inverness. The two from near the A9 at Balsporran cottages looked a very tempting introduction. The journey, with stops at Tebay and Stirling services went to plan but the information board after Perth indicated that an accident at Kincraig had closed the A9. I thought it best to carry on, unsure of how delayed my journey and consequent camping arrangements would be affected. I drove past Balsporran, glancing at the heathery mountains, slightly disappointed that I had already backtracked on my plans. A diversion directed cars off the A9 and not far from the redirection back on to it I passed the scene of the collision with many emergency vehicles and the coastguard helicopter. I arrived safely for what was to be my only night’s camping.

Day 2 Sunday July 2nd: Is there such a thing as an ‘easy’ Munro?

With my GPX file loaded and ready to go on my Viewranger app I set out from the Ben Wyvis car park to summit my first Munro since Ben More Assynt and Conival. A few other walkers had parked up and the usual congregation of midges waited. 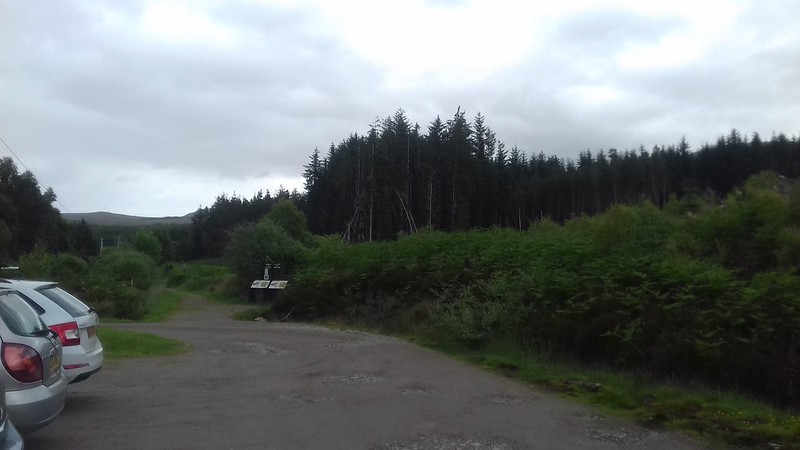 The path to Ben Wyvis gains height steadily with forestry land on both sides and the Allt a’ Bhealaich Mhoir flowed alongside it. 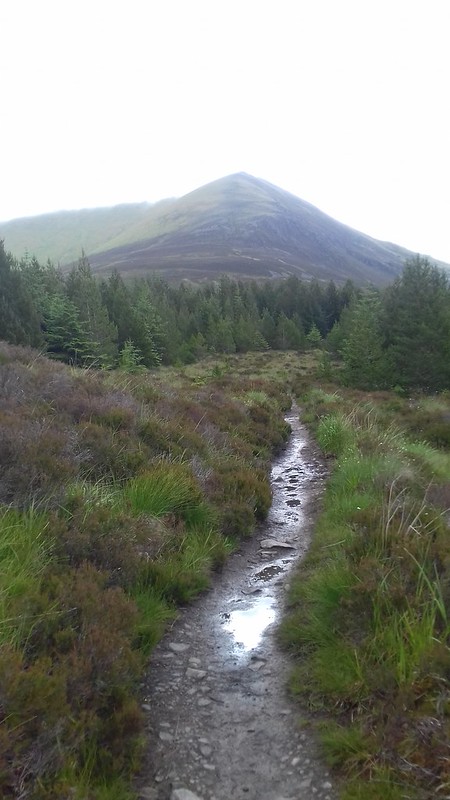 I was new to using a GPS and the Viewranger app had been a step up for me in recording walks – admittedly walks around Munro-free Liverpool; nevertheless walking the city gave me an insight into its workings. I had spent many months reading up on navigation skills. I enjoy this part of the planning and it was interesting to now put theory into practice. I even had a tick list of features for the route, not that the path is difficult to follow. Later on I spoke to a very experienced walker who seemed surprised that I thought Ben Wyvis had not been easy. I think my criteria here had been to do with effort rather than navigation or length of route and the path that zig zagged up An Cabar was no walk in the park. 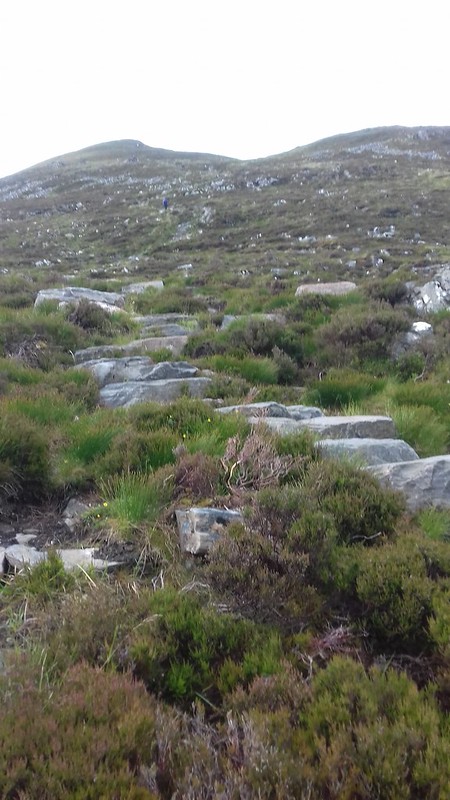 It was a hard slog and the weight of my pack slowed me down and I was concerned about my stamina for the rest of the week. If this was hard then what was Beinn Eighe going to be like? A group of walkers descending An Caber informed me it was ‘wild’ on top as if they could sense my struggle and doubted my ability to get up there. 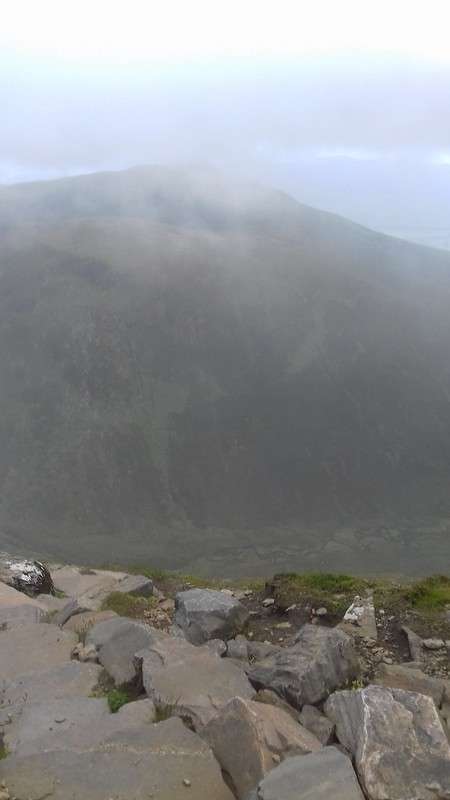 It was certainly windy on top and low cloud obscured any views. I passed the two cairns at 946m and 980m. I reached the summit of a misty Glas Leathad Mor at 1046m. This certainly was a huge mountain, my 14th Munro. 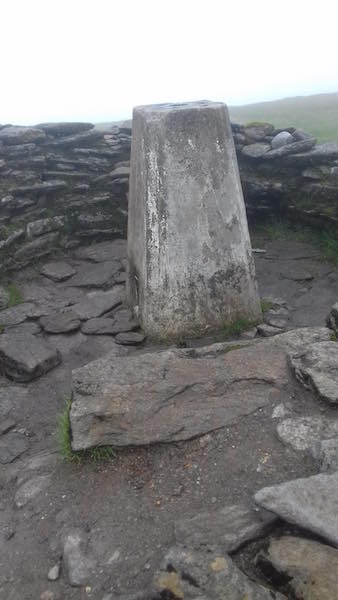 I didn’t hang around before returning as there was no view and I descended by the same route. Loch Luichart and the turbines beyond Corriemoille Forest became much more visible on the route down. 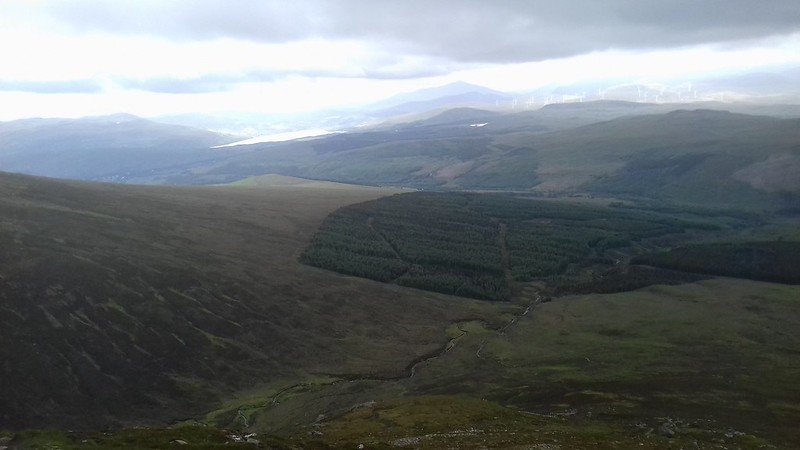 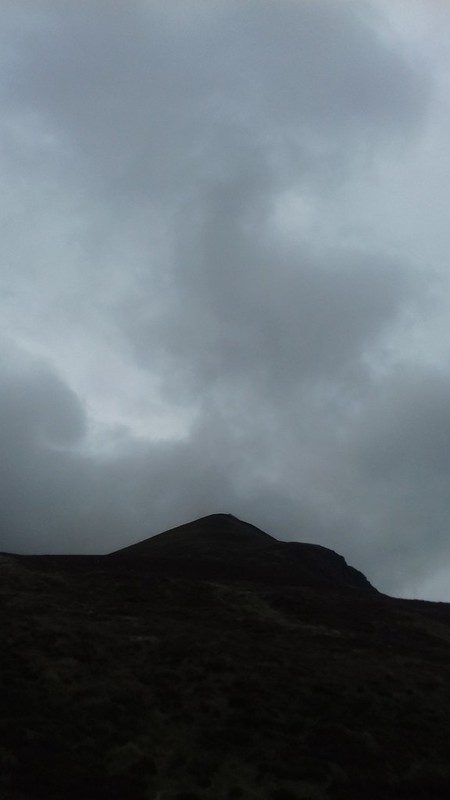 I noticed that my Viewranger route had stopped recording and shown that I had reached the summit in 2 hours 20 minutes. The rain became more insistent and Bealach Mor was darkening. 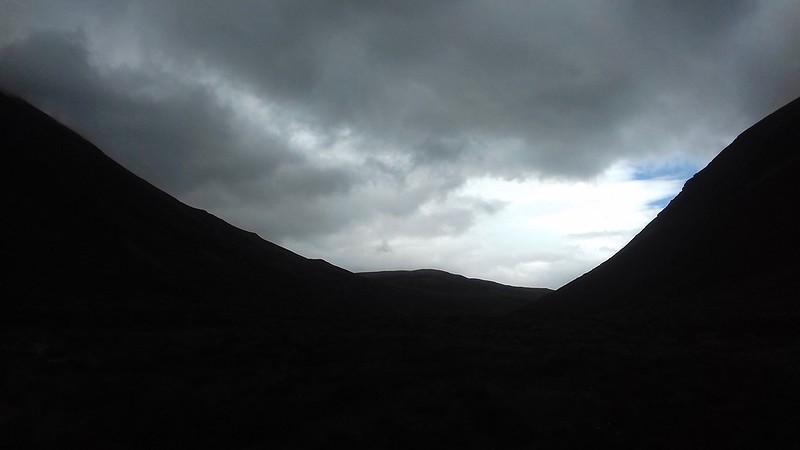 Once back at the car I drove to Kinlochewe and into Glen Torridon where I was staying for four nights at the hostel - a very friendly SYHA . The heavens opened later in the evening, not before I took a walk to the village to marvel at the towering Liathach. My time in Torridon had begun. 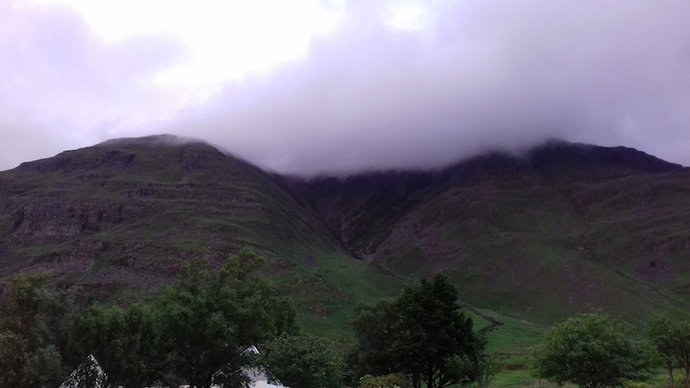 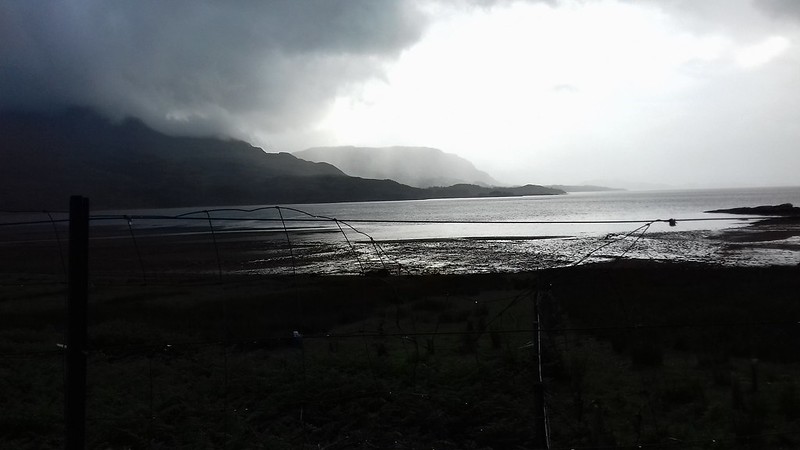