Forecast was looking good for Saturday - at last - so I decided to do the long drive and head for Glen Feshie to do Sgor Gaoith as I've fancied it for a while. I considered doing Mullach Clach a Bhlair too, but I have trouble with my knees, so decided to opt for the one. Always a good excuse to go back another day anyway

Parked up and off I went through the woodland. Once onto the open hill, the wind coming out of the west kept me cool as I headed up the well constructed path east of the Allt Ruadh, skirting Meall Tional, and climbing up towards the plateau.
The gliding club was busy with customers. There was a continuous stream of them being released at the plateau - their views must have been spectacular The views opened up across to the Monadhliath An hour and a half later and those sculpted western corries of Braeriach appear beyond the little pool as you reach the plateau, giving a tantalising glimpse of what's to come The summit cone is now visible, and the path is more like a motorway. Twenty more minutes of easy walking and you're there.... 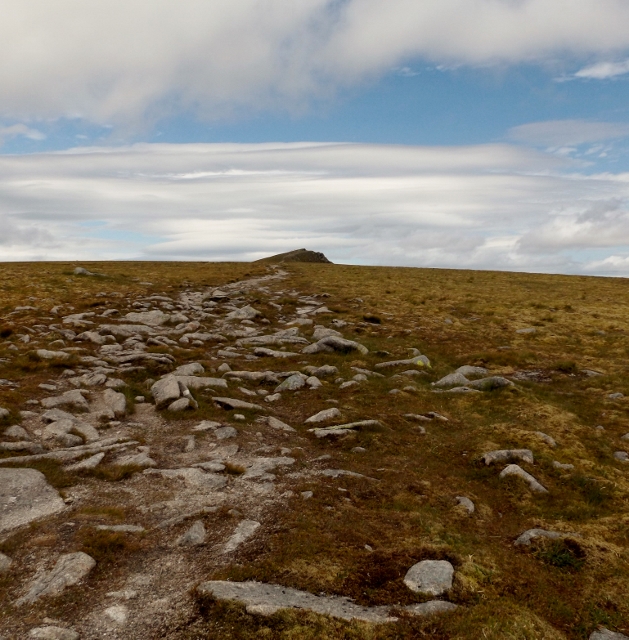 ...and the long drive, and the somewhat featureless walk to the plateau, is forgotten, as those views from Gaoith's corrie start to open up

View from the corrie The summit is just a short distance away 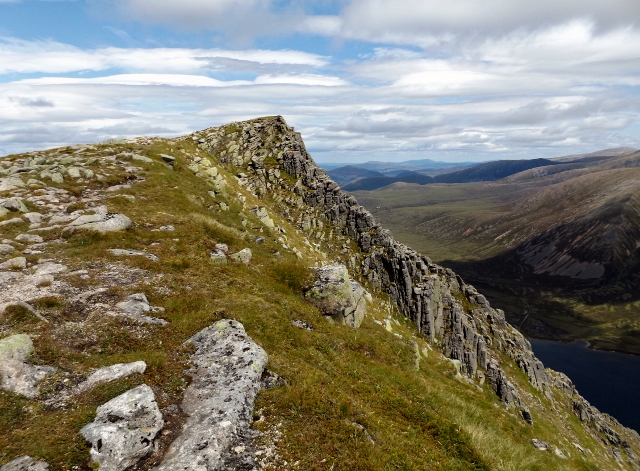 The view southeast from the summit I wasn't alone - on a ledge off the summit, getting out of the wind, and a ground beetle kept me company 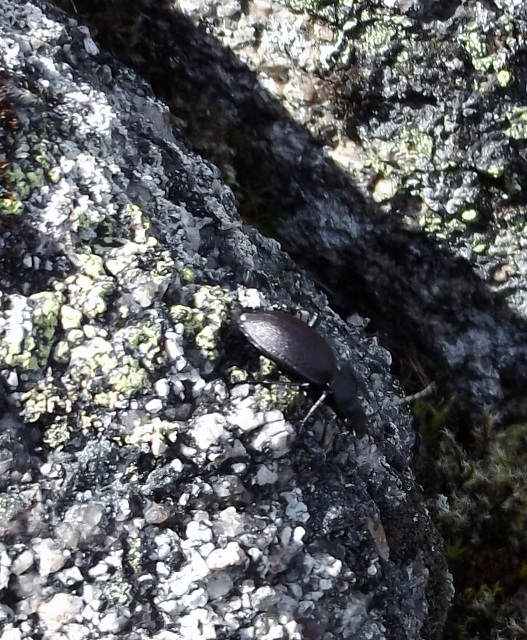 I skirted down the from the summit following the Allt a Chrom-alltain, and rejpoining the outward route. Heath orchid on the way back down Lots of stops for taking photos added an hour to the walk. It's really only a half day, unless you add in the other tops, and very straightforward, but what a rewarding outing. Looking forward to returning to the area and doing a few more

Absolutely beautiful photos of one of my favorite hills.

Unfortunately I didn't get the those fantastic views of Loch Eianaich when I was on Braeriach - only the standard clag-bound cairn!

Have you considered using Flickr for your pics? They're so good that I want to view them full size - which you can do if you put them in your report with a Flickr link.

One of my favourites too, many a memorable epic on this one and finally this month I got the views too, thanks for posting

Cheers boys - glad you enjoyed them

It was a great day - cool and breezy, so perfect really. Even when you know what to expect, that view is pretty spectacular when you're 'up close and personal'.
Looking forward to heading back up to do some more as long as the knees stay sound enough.

Alteknacker - I haven't used Flickr, although I used Photobucket for a while. I use a gardening forum and it was a better system for uploading photos, but the site has been updated so we can upload pix directly there. I might look into it.

There's a lot to be said for hills that switch abruptly from dull to dramatic.

litljortindan wrote:There's a lot to be said for hills that switch abruptly from dull to dramatic.