I parked the car near Ribblehead station and got the train down to Hellifield and then back up to Clapham. It's about a mile from the station to Clapham village down country lanes. In the village there's a path leading up to Ingleborough Cave which has a toll on it.Although it wasn't expensive, I didn't like the idea of paying to use a footpath, so I took the slightly less convenient public footpath instead.
I dropped the camera on the ground and when I picked it up it was behaving strangely. Fortunately after a while the pictures went back to normal.
The public path joins the toll path near Ingleborough Cave (admission £10) then climbs steeply up Trow Gill before emerging onto the open hillside. There were quite a few people around, including a large group who were camping. It's not very often that the weather's Too Hot in this country, but the warm sunshine meant that the long trudge up to the false summit of Little Ingleborough was hard work. The flat summit area of Ingleborough is a good viewpoint, but it was a bit hazy so you couldn't see Morecambe Bay or the Lake District like you would on a clear day. 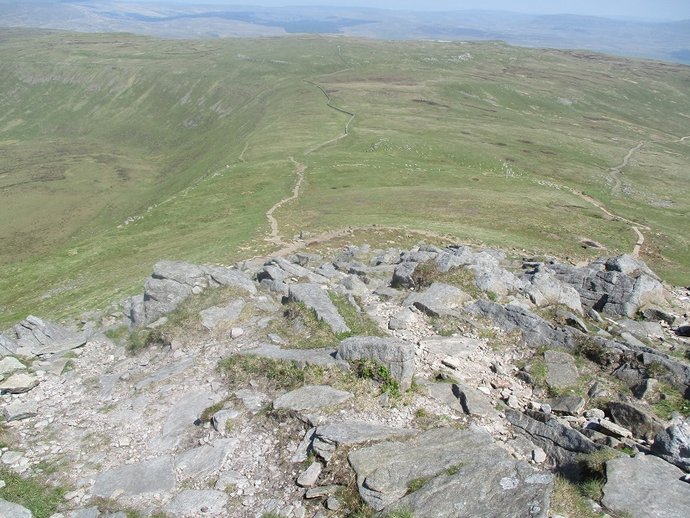 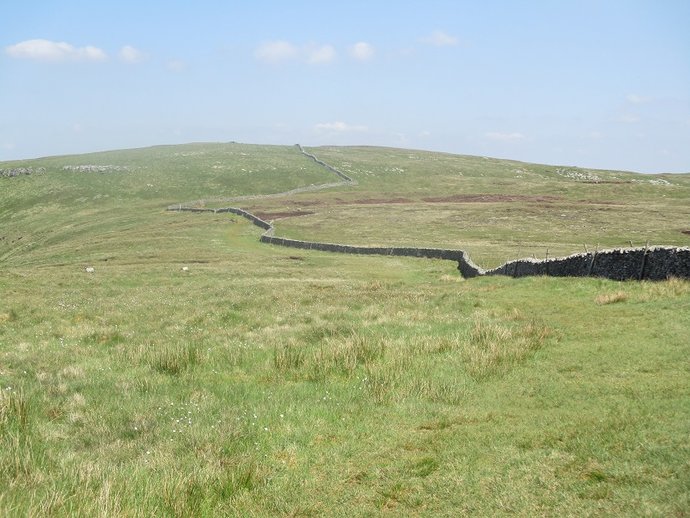 And then over the 563m top of Park Fell. A steep grassy descent along a fence leads down towards a farm house, from where it should have been an easy walk back to the car along the road. Unfortunately, the way was blocked by some cows, and I was stuck on the wrong side of the railway, so I had to go through some fields, over a barbed wire fence and through an old quarry instead. and we too found our way by the quarry. Good report and pics of a good walk

I walked these from Horton in May. I think those camping would have been the same pot holers who I was talking to. 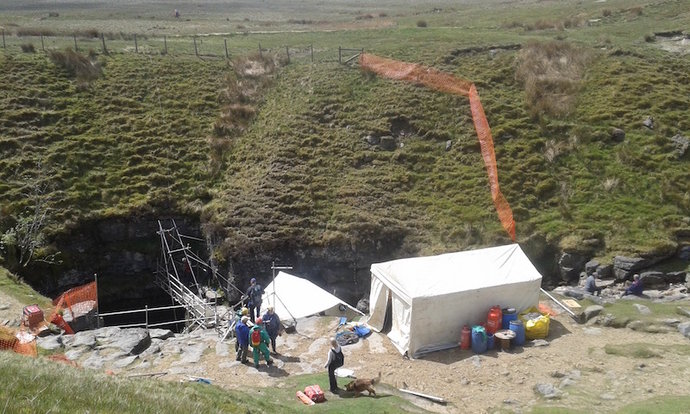 It's a nice way up Ingleborough from Clapham, Andy. I was on these hills two days before you. You got a better view than I did from their summits, but earlier on I'd had some great clear views from the two other famous hills in the area. I like your station to station route idea.