Munros included on this walk: Conival


This was our walk up Conival. The 3 first's are.
1 This is my first walking report
2 It was my first Munro in many year. ( in fact not done much hill walking in year's)
3 and best of all it was my daughter's first mountain and her first Munro.

My daughter is up visiting and after a walk with our dog part way up the track to Conival from Inchnadamph on the Sunday the daughter said she would like to try to get to the top. So on the Tuesday off we set.
Leaving the same car park as a few days before we set off about 8.30 (minus the dog) We were never going to break any records except to be the maybe slowest LOL.
Anyway from the start we could not see the top or much of any thing up high. But the weather man had promised better things to come. 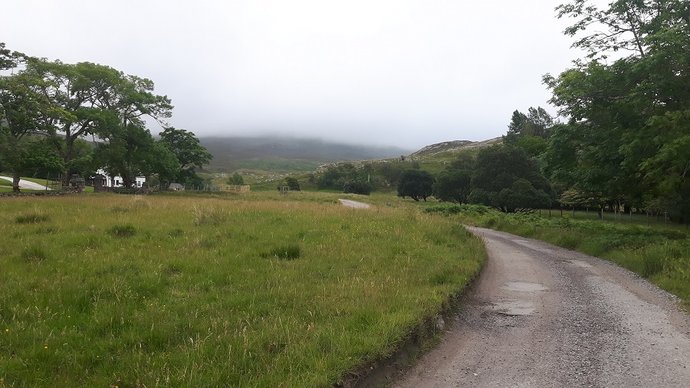 The road up to the hostel 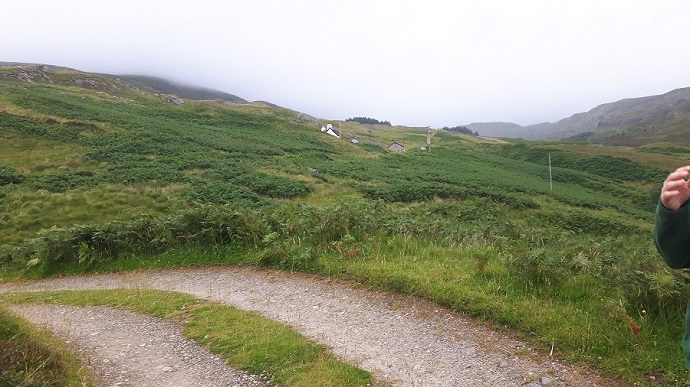 the our last view of the little cottage for a while

The track soon turned in to a foot path and on we went. We plodded on we had done this part with the dog a few days ago so it was not to bad. The daughter was glad she had boots on as the wet ground and bogs would have ruined her nice new Trainers. The only other voice we heard apart from ours was each time we stopped ( which was often) was her phone saying work out paused then work out resumed. The track soon turned into a foot path 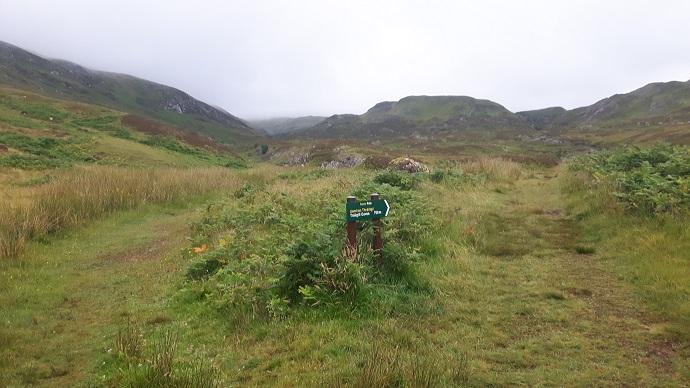 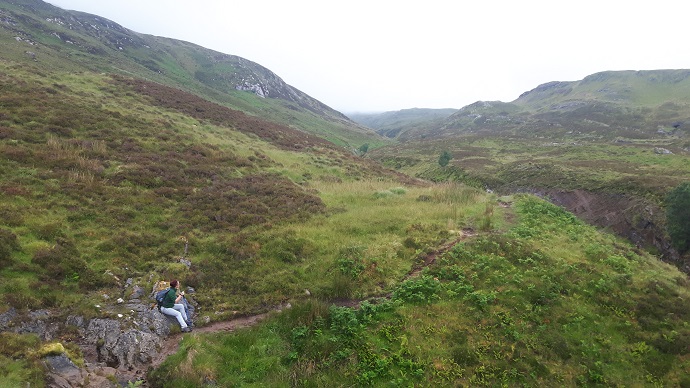 Daughter having another REST !!! 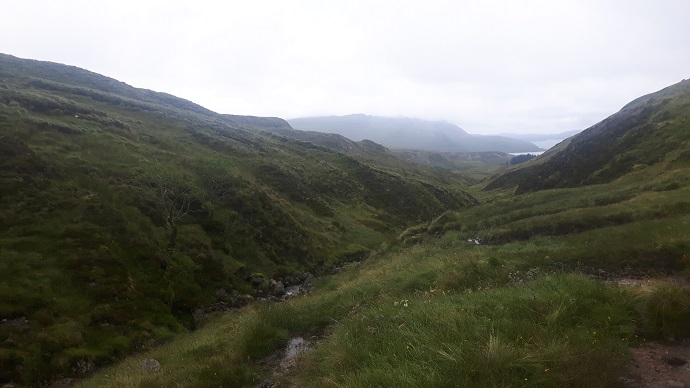 Quick look back down the valley 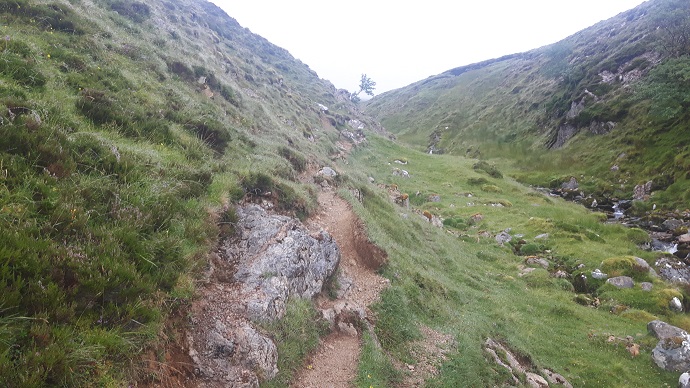 and a look where we where going 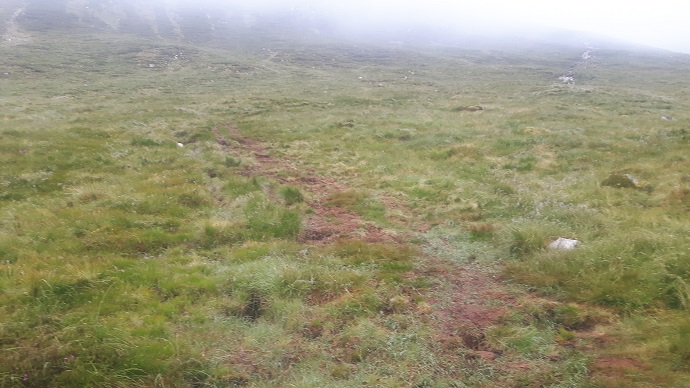 Once out of the valley the ground got a bit boggier 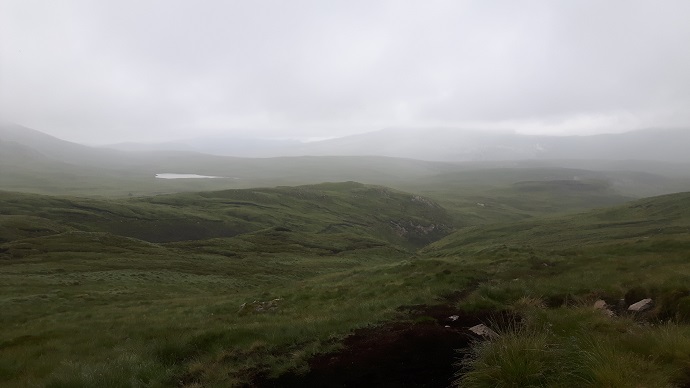 and a little break in the cloud

After the flat bit just after the valley the path was obvious. as it was made up of big white rocks. Which was just as well as the cloud just would not blow away. This was about the point where the phone started to say you have covered so may kilometers less often and the breaks got more often as we looked to try and find the path above us. We also heard voices of people coming from below. These would be the first of the day to catch us up but by no means the last. At one point we hit a small cliff may be about 15ft high so now we where using our hands and still we went on and still the cloud hung to the mountain. 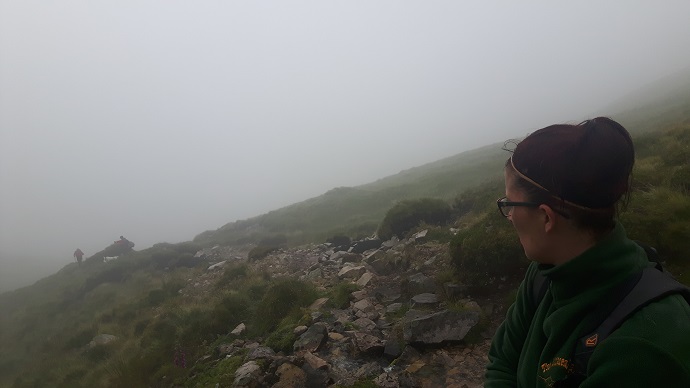 the first couple to catch us up and pass us The cloud would not go 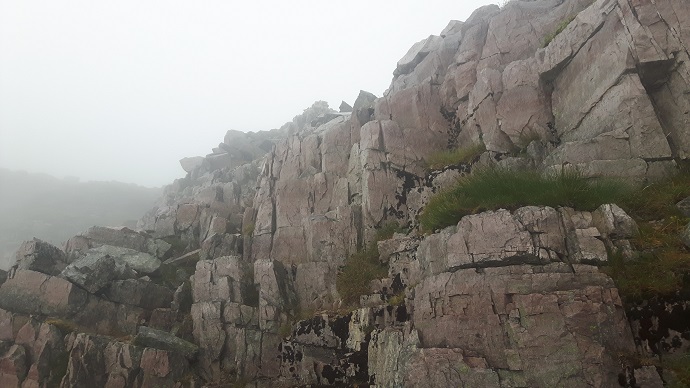 Then a small rock wall was in front of us had we gone wrong? 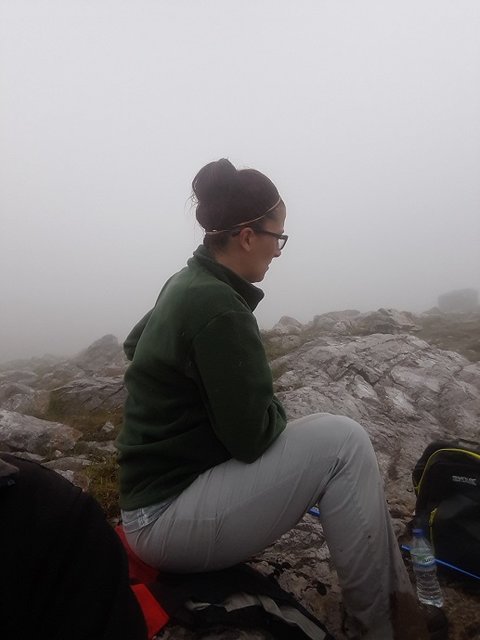 Another rest after the big rock climb! 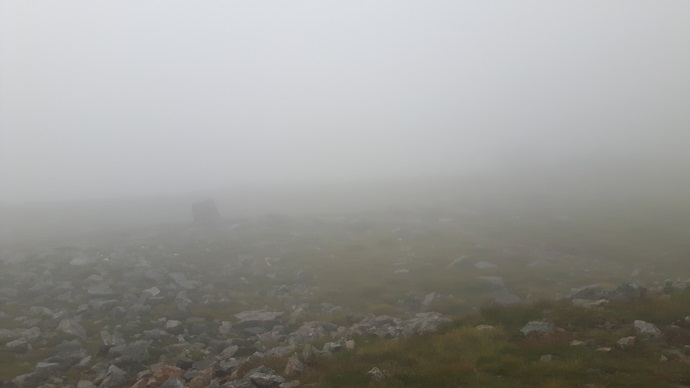 Some where round here we meet a guy coming down who told us he had left the top 30 mins ago. So we still had about 45 mins to the top. We immediately added another 15 mins to this. As I have said we weren't going to be the fastest. So on wards and upwards. Then we got to a bit of a scree slope I think we got past this with out to much trouble. In the past I have been on worse. Suddenly a break in the clouds. There was the foot path we quickened up a bit to take advantage and the ground here was flat and dry. But as quick as the cloud went it was back. 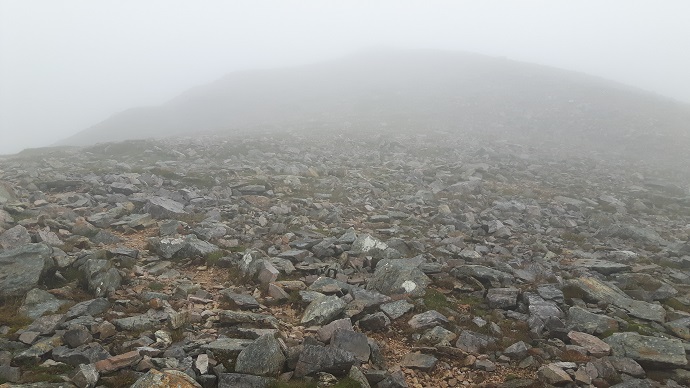 was this the top quick look at the phones said NO 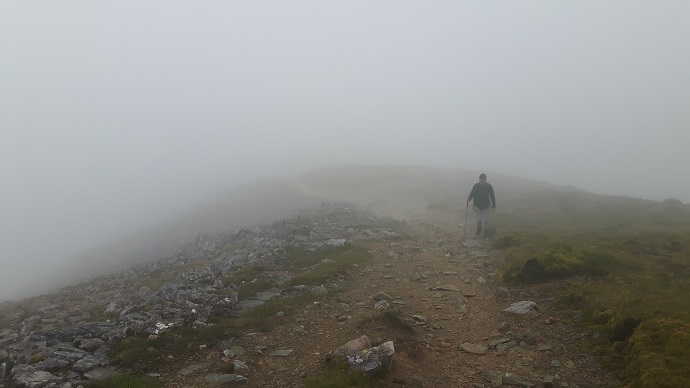 Then the cloud was back 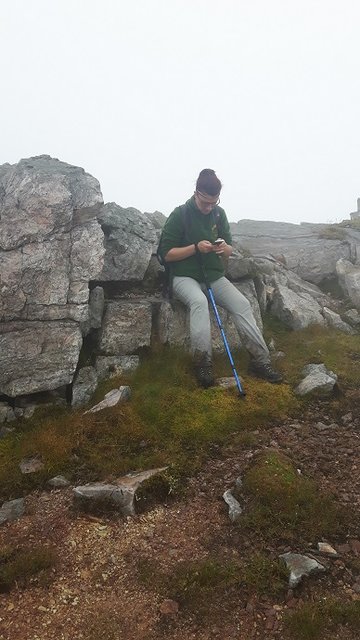 Another rest and checking the phone And then we where on top

Well we had made it. Well done us. We spoke and agreed not to carry on to Benmore. This was for a few reasons
1 Time we had took to long to get to this point.
2 We where both tired
3 I have said to a friend I will do Conival and Benmore with her. As a charity thing and today was just suppose to be a recce for that
The clouds cleared at this point as if to tempt us but no we where going back. We could make out some of the people who had past us coming back from Benmore. So it was time for some more pics then the walk back.
On the way back not only did every one who passed us on the way up now proceed to pass us on the way down LOL
But the clouds cleared and the sun came out. Talking about this the daughter said if it would have been clear on the way up and she was able to see where we where going she may have turn round. Also because the sun was warm she also said it may have taken us longer LOL
and some pics of the views we missed on the way up. 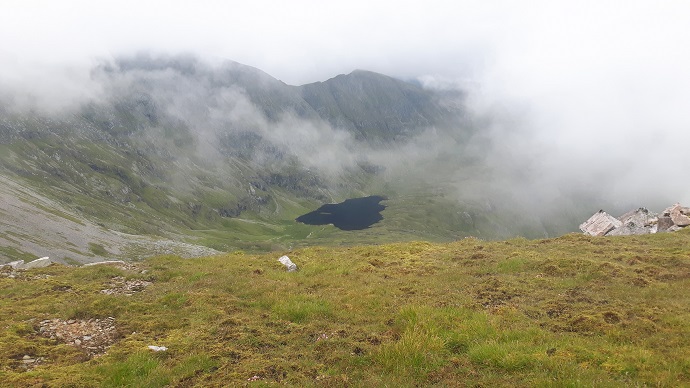 Our first view down to a Loch far below us 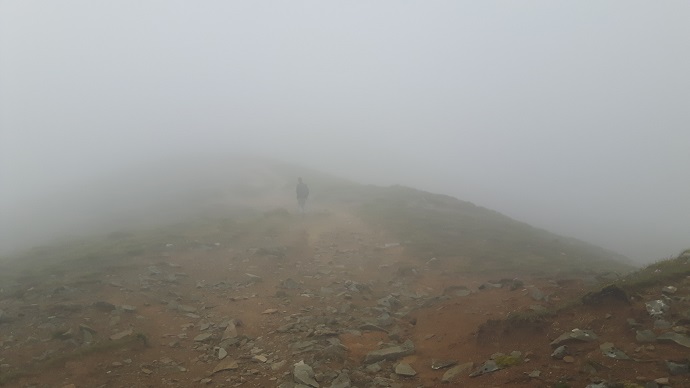 Then the cloud was back so down we went

and the views we missed
Some views. 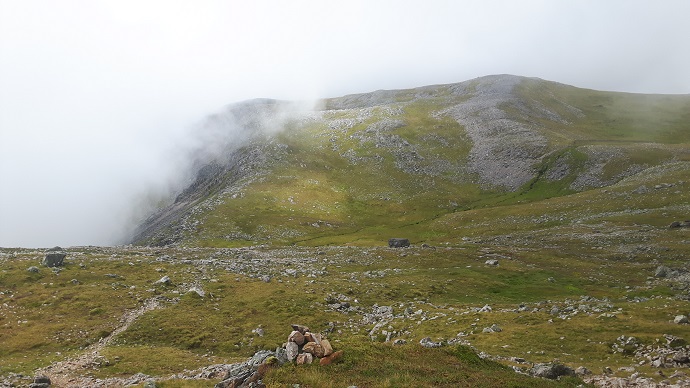 So we got back to to car park which is always the important bit I think. Now I have got round to getting my boots out the attic hopefully will get into using them more often
So that was my first write up hope you guys enjoy.