With plenty of daylight left, the conventional game plan after an ascent of Gairich from the Quoich dam would often be to drive further along the Kinloch Hourn road to tackle Sgurr a'Mhaoraich. However I decided to leave this for another day, perhaps even later in the week depending on local weather conditions, and drove back east along Glen Garry to the main A87 road. I still had Skye and Affric on my mind and knew that if I was going to fit the former in, I probably wanted to make tracks in that direction this evening.

I settled on the Corbett of Sgurr an Airgid above Loch Duich as a late afternoon, early evening outing on the way.

From the layby parking area on the Inverinate side of the causeway, I headed through the churchyard and past the war memorial before crossing the minor road and taking to the rough path that contours steadily up the hillside.

The clouds were gathering above me and by the time I reached the bealach between Airgid and Beinn Buidhe, the threat of rain was in the air. It just about held off, save for one or two isolated little spots of drizzle, until I got back down to the car and set about settling down for the night before reassessing the options in the morning.

Beinn Fhada from the gate into the churchyard

Fhada and the churchyard

Loch Duich and Sgurr Mhic Bharraich from the war memorial

Sgurr na Moraich and Sgurr an t-Searraich behind the causeway

A' Ghlas bheinn and Beinn Fhada

Reaching the bealach with the rocky ascent ahead, Sgritheall and neighbours visible across Loch Duich

A' Ghlas bheinn and Beinn Fhada

Carnan Cruithneachd and A' Ghlas bheinn with the Affric hills beyond

Descent back towards the causeway

Re: Sgurr an Airgid - messin' wi' the formula

This hill is much underrated. Good viewpoint and a good "quickie in the neighbourhood"

I wonder what happened to that trigpoint? Some hill-visiting vandals? It was still complete in 2010: 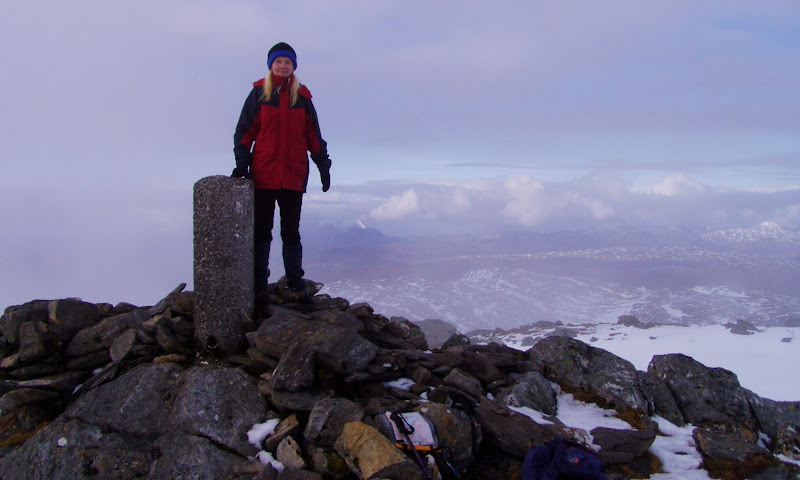