Whernside on a Lovely Summers Day

Whernside on a Lovely Summers Day

Hewitts included on this walk: Whernside


As there's plenty of walk reports for this one, I'm going to shorten this one and mainly include a few photos.

Setting off from Durham nice and early, with a comfort break at Hawes, we arrived at Ribblehead about 8.30am and found the parking area empty other than a few motor homes. It promised to be a nice day with clear skies and only a slight cool breeze.
Our route up took us parallel to the railway, past Bleamoor sidings, across the railway line and ascend Whernside past Force Gill waterfall and Greensett Moss onto the ridge.
The return route was roughly South to Bruntscar, then North East via Ivescar and Winterscales to near Bleamoor, then return to the car via the outward route. The path from the ridge down to Bruntscar is very loose, steep and eroded in places and we kept to one side to avoid slipping on loose gravel. From Bruntscar to Ivescar it's a very pleasant walk across meadows, but at one point a runner passed us so quickly and quietly that he gave us a bit of a shock. There was little in the way of wildlife, all I can remember seeing was a small water vole near Greensett Moss, plus a few skylarks and grouse.
It was a decent day, with good views all round although it did get a little chilly at the summit, where quite a crowd gathered at lunch time. 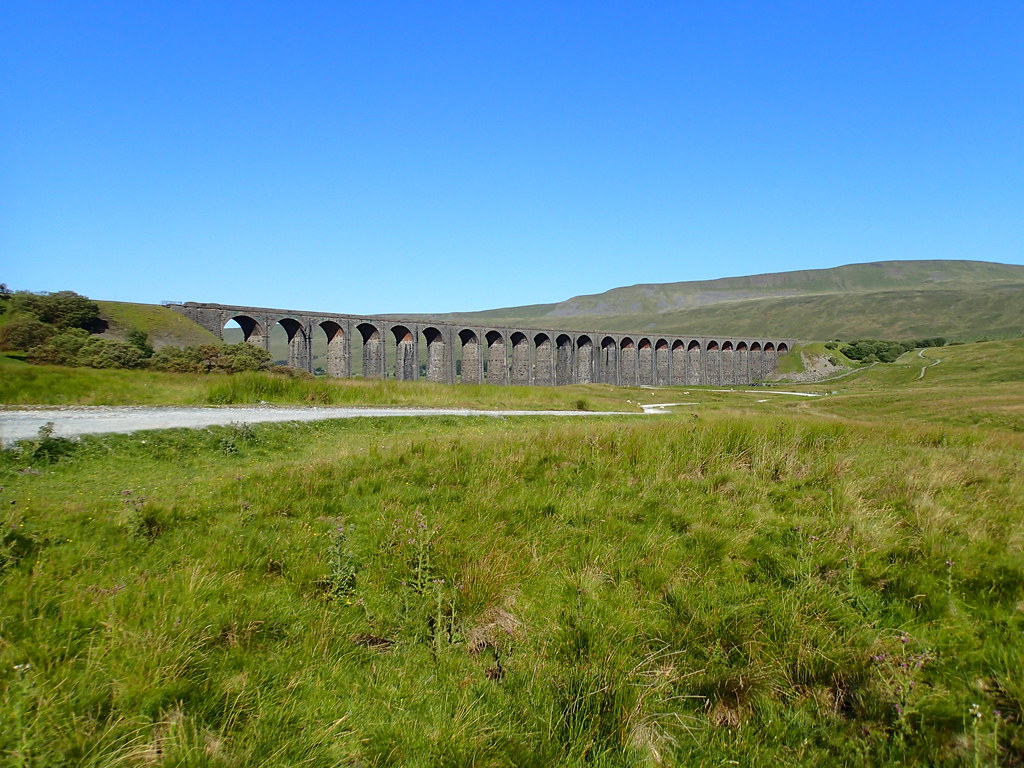 Ribblehead Viaduct from the North 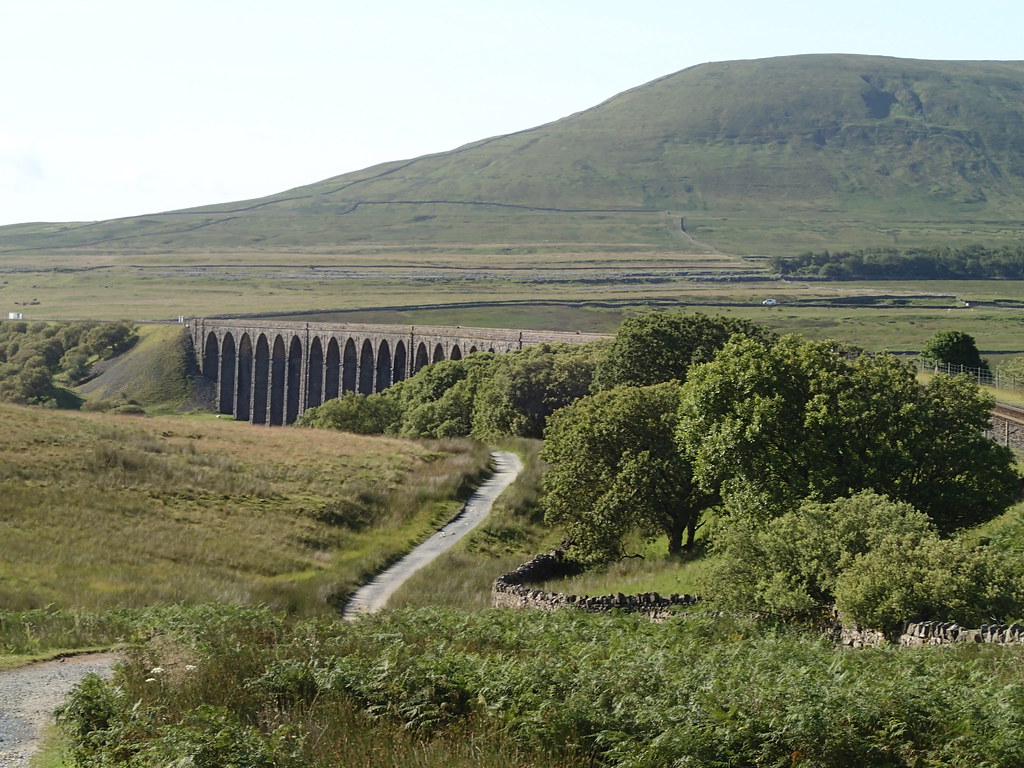 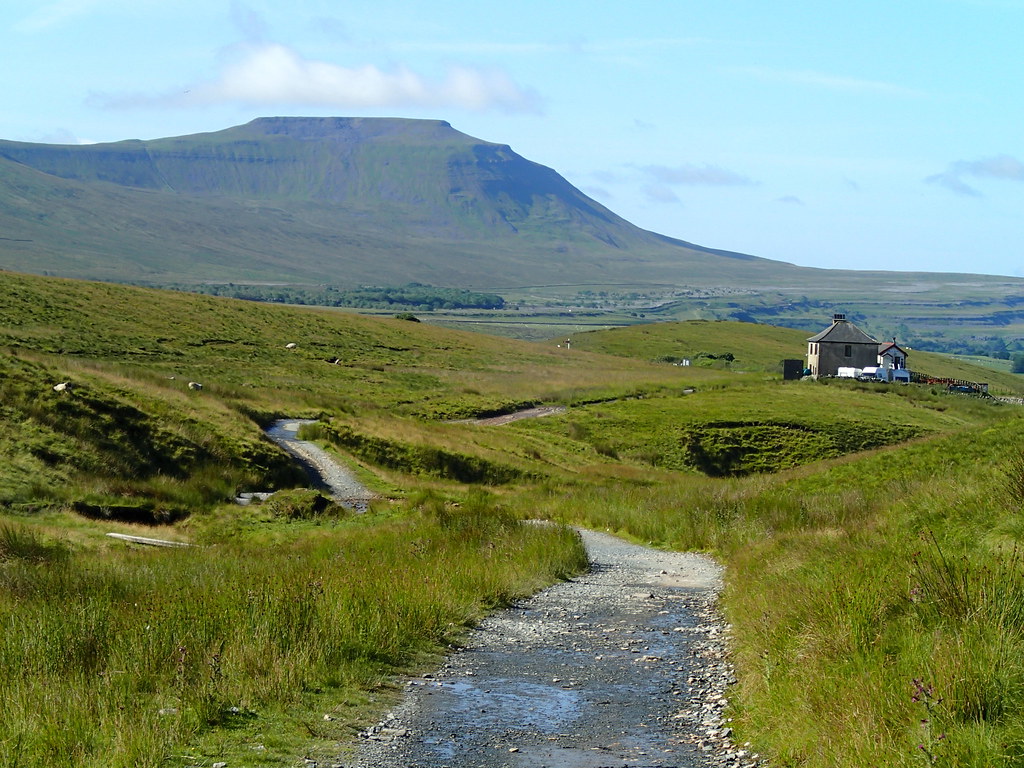 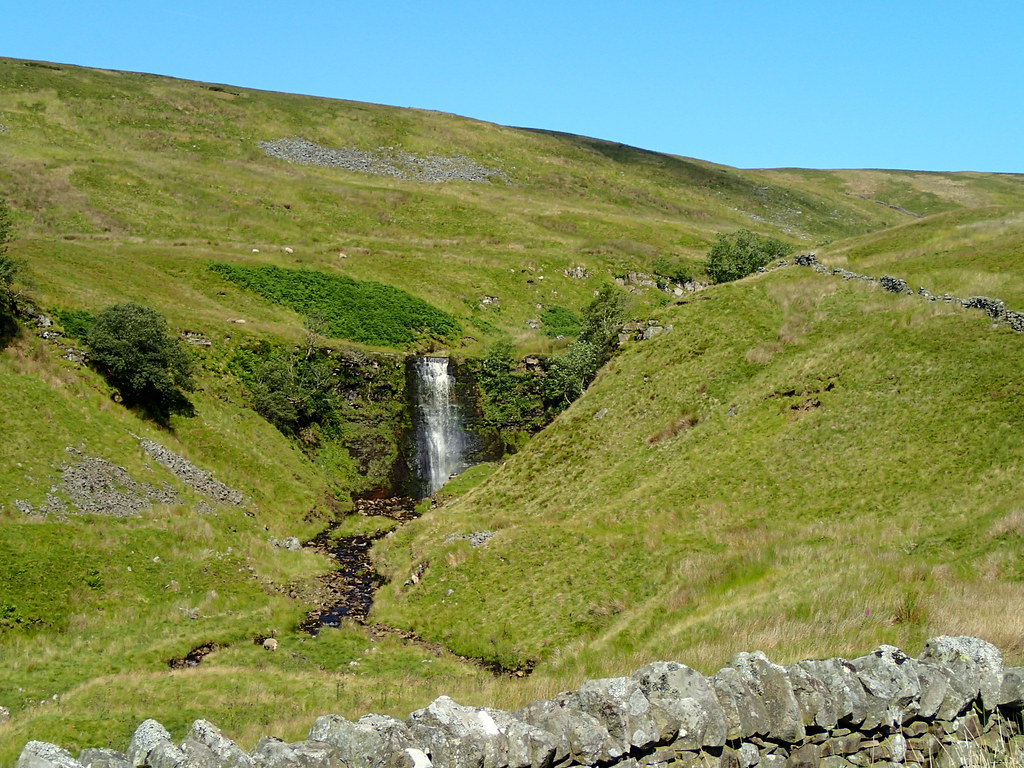 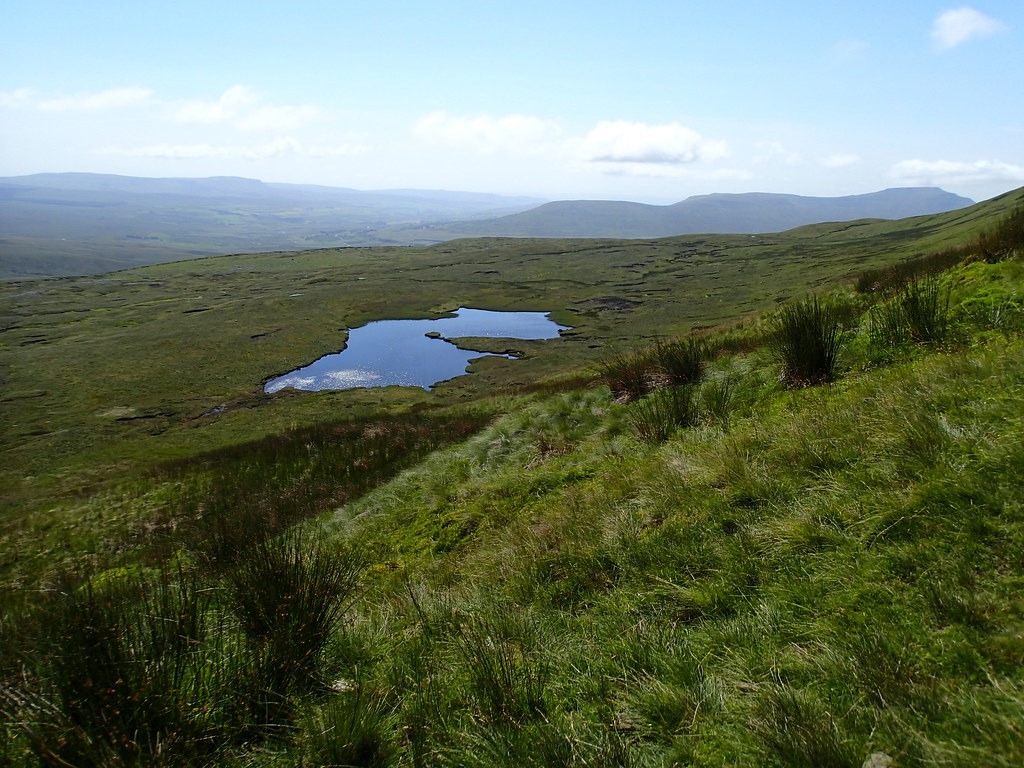 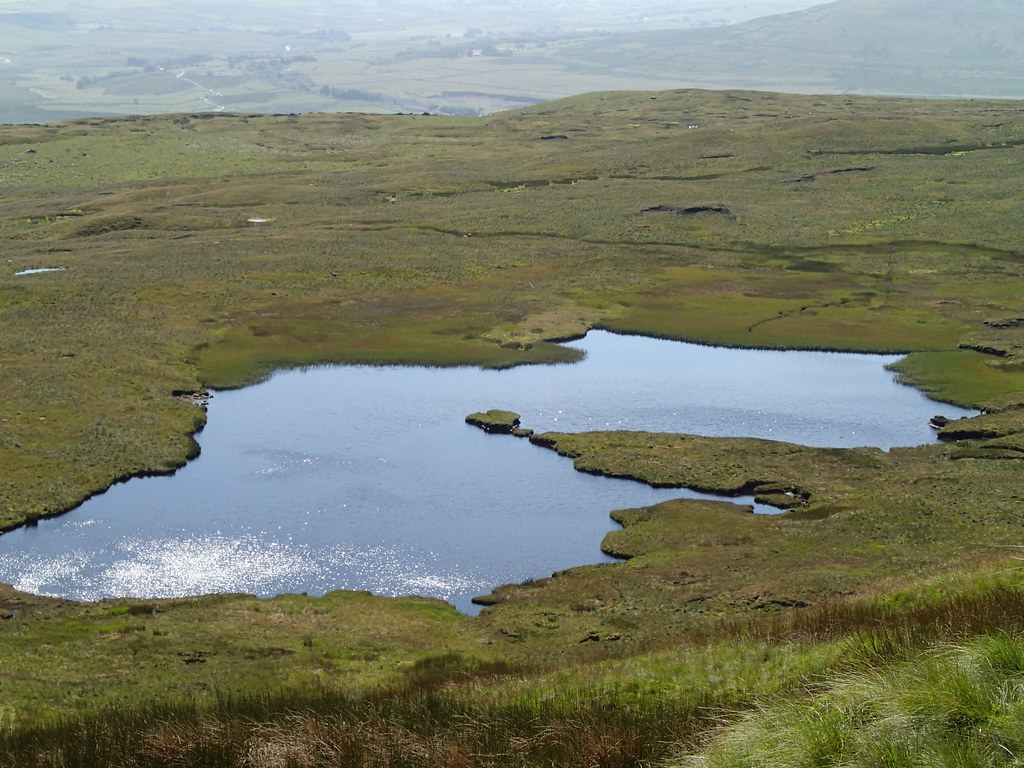 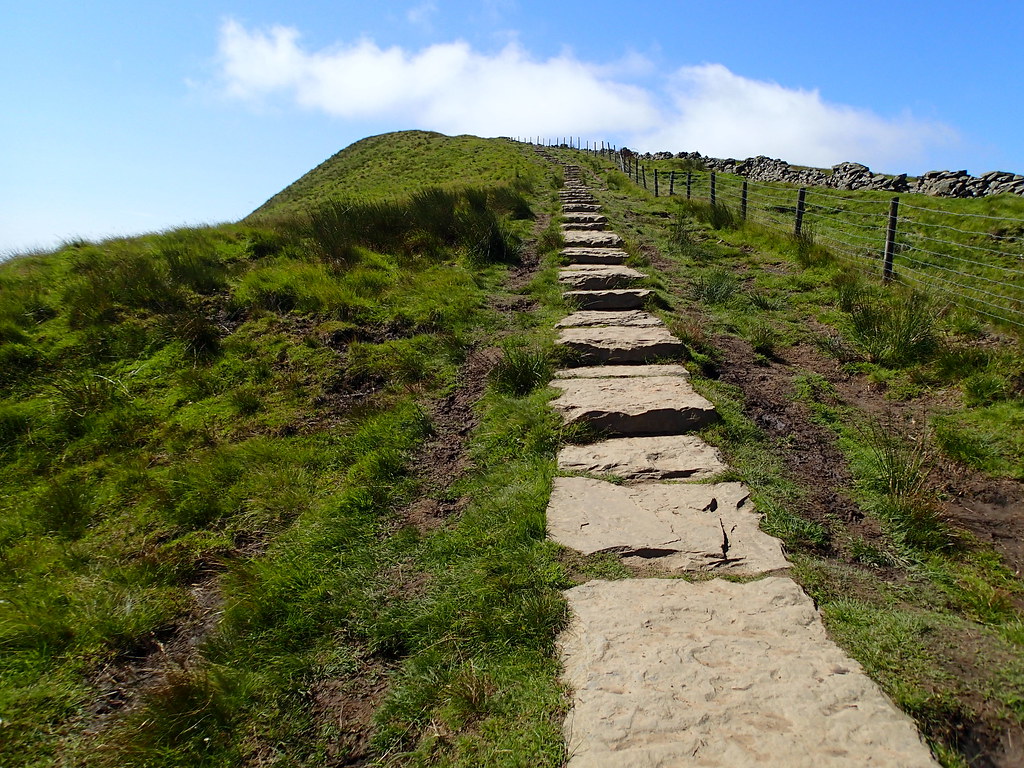 Looking back towards Dent Dale 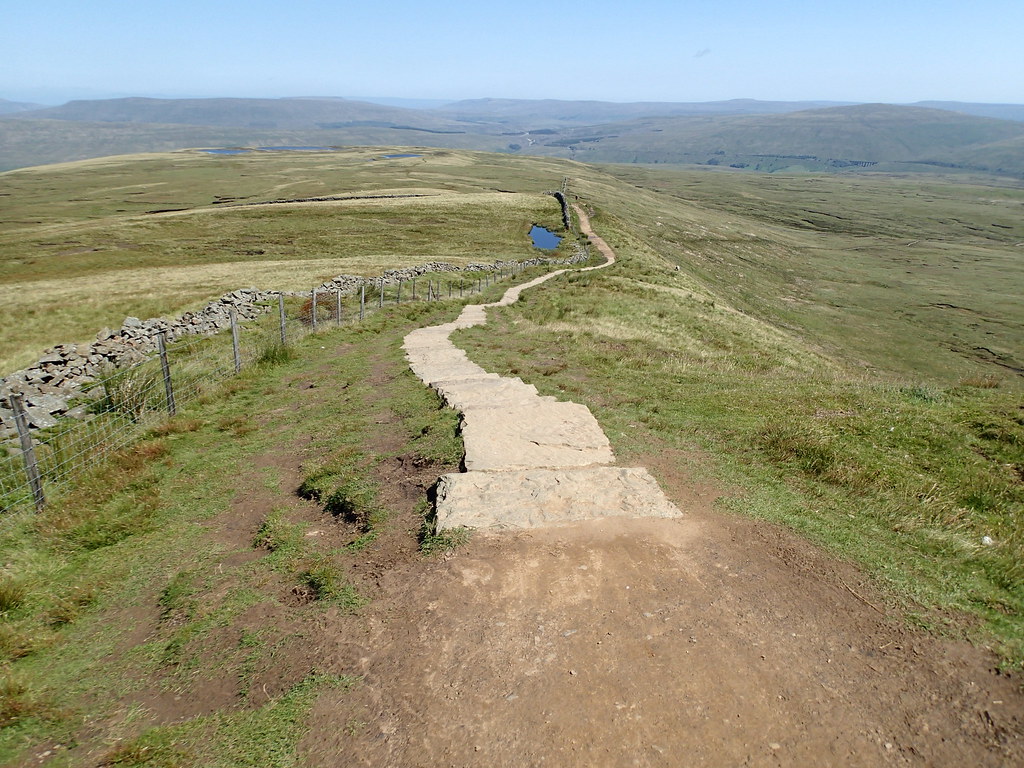 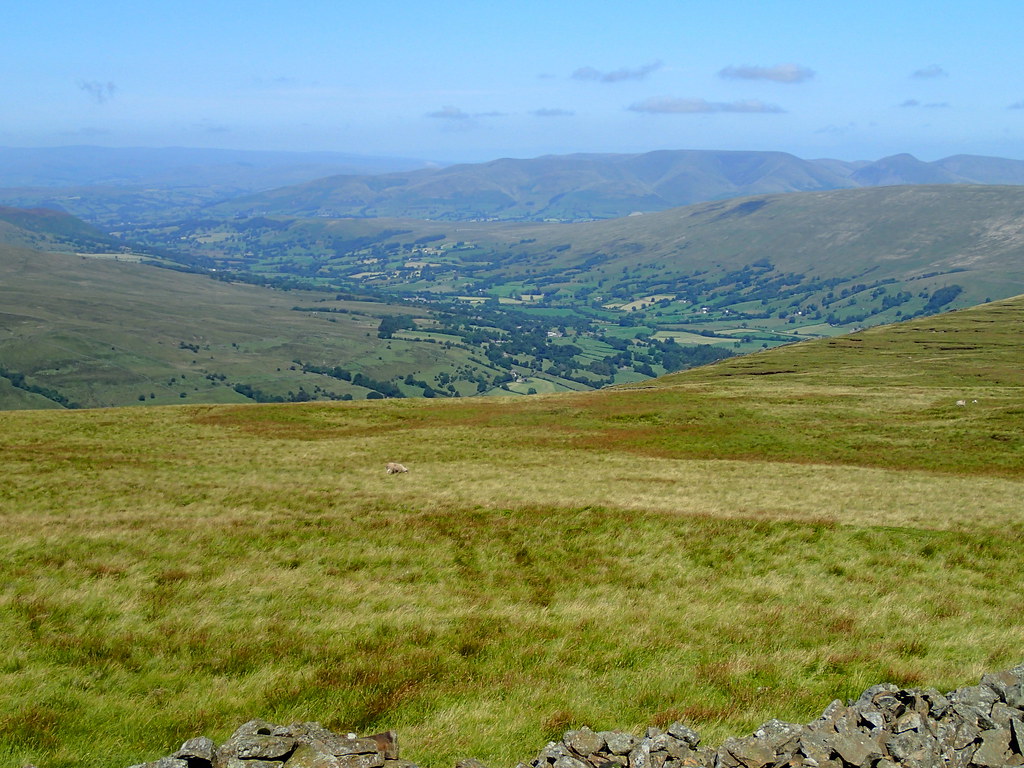 Ribblehead Viaduct from near Whernside summit 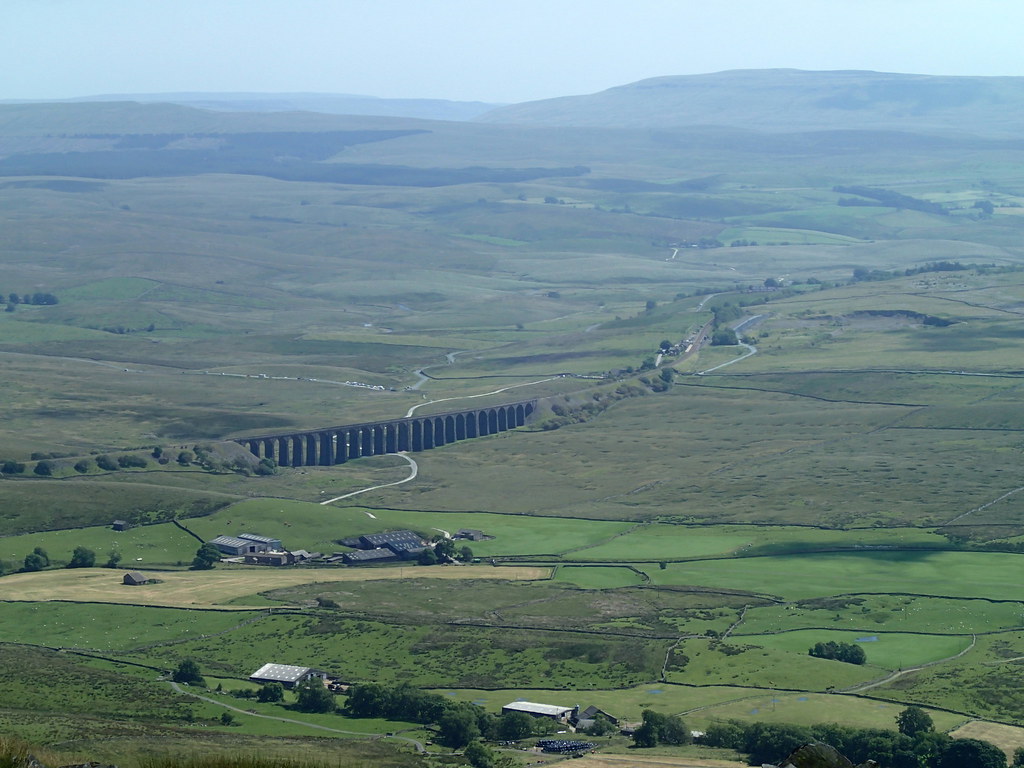 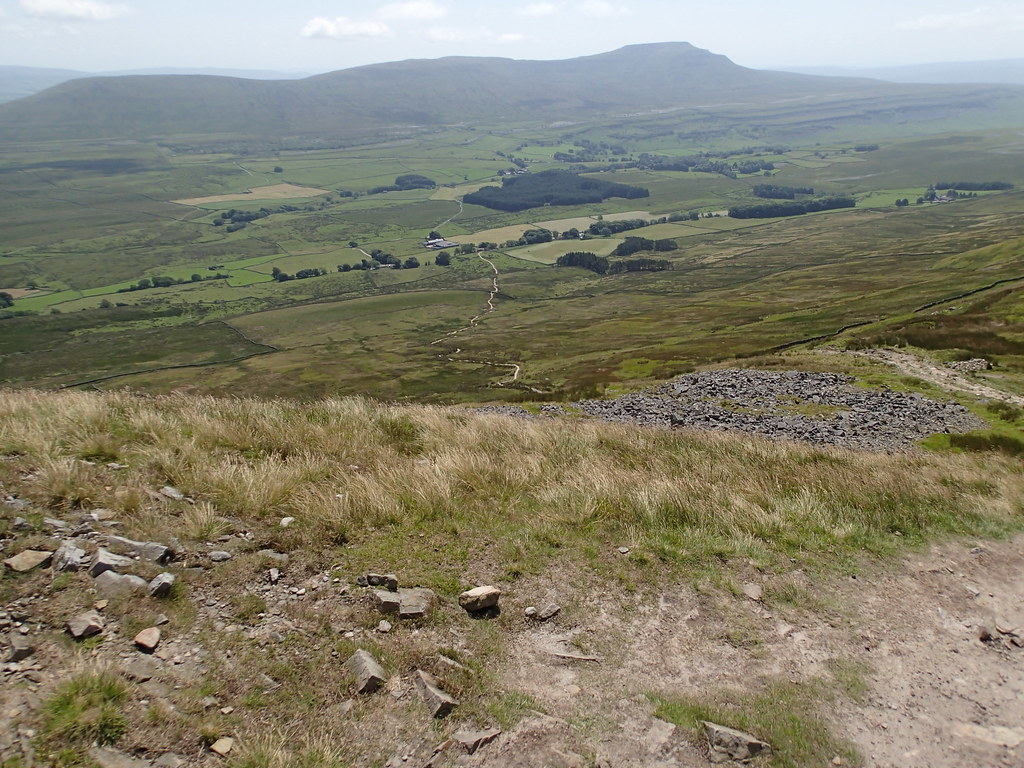 Eroded path on the descent 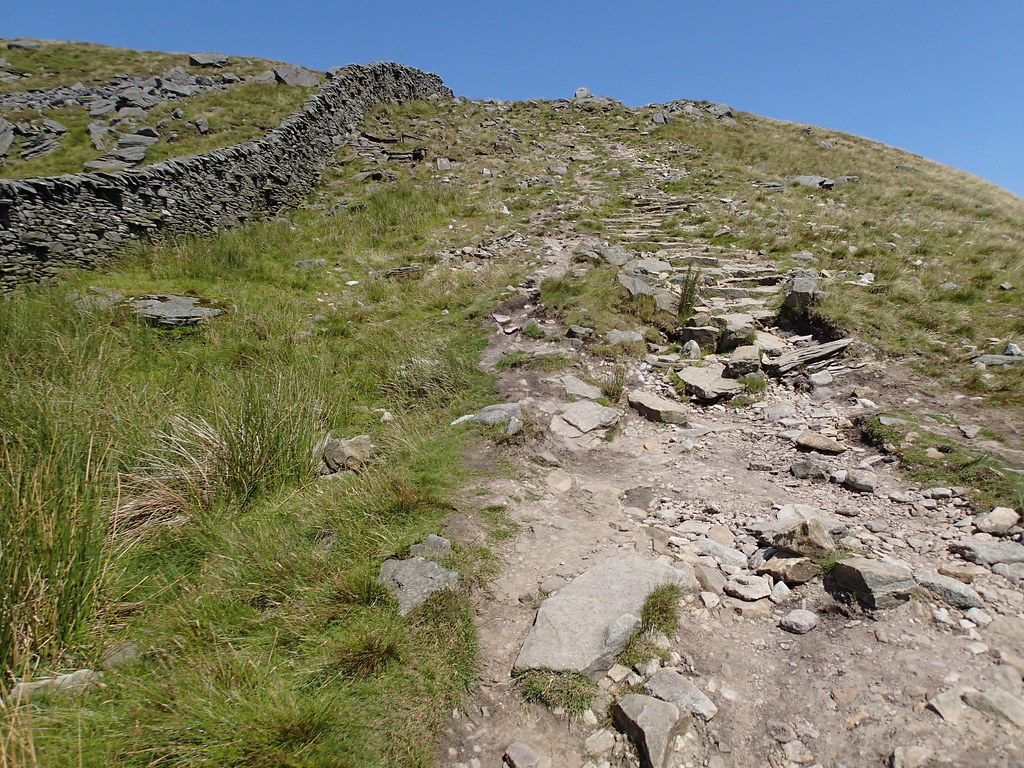 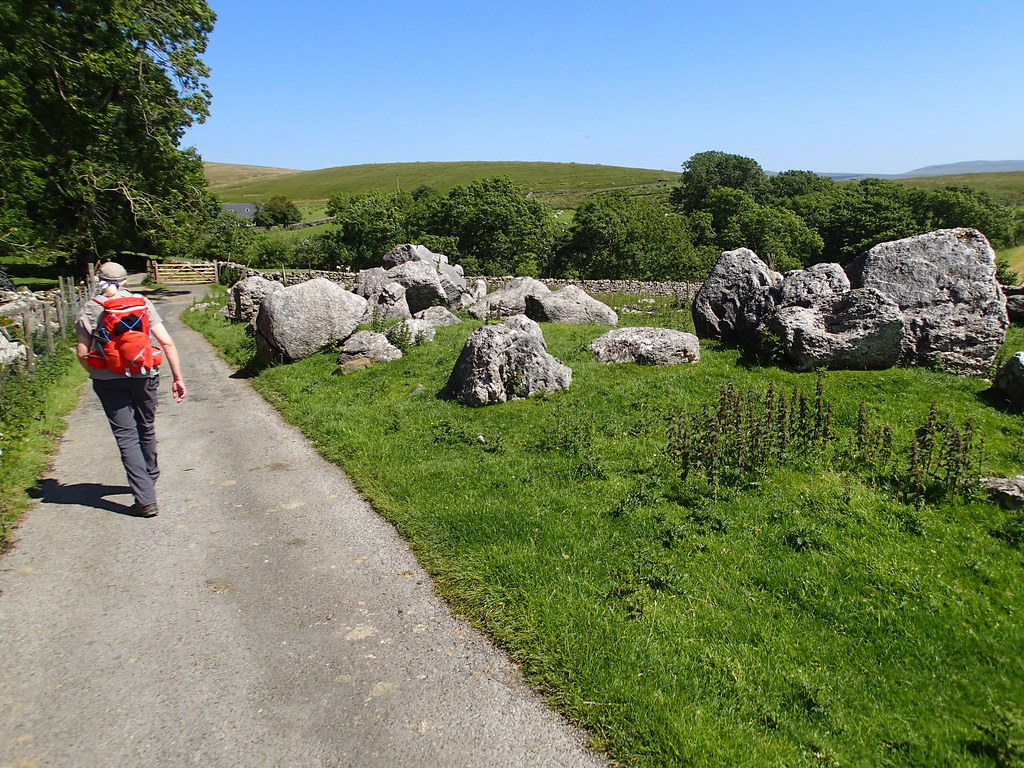 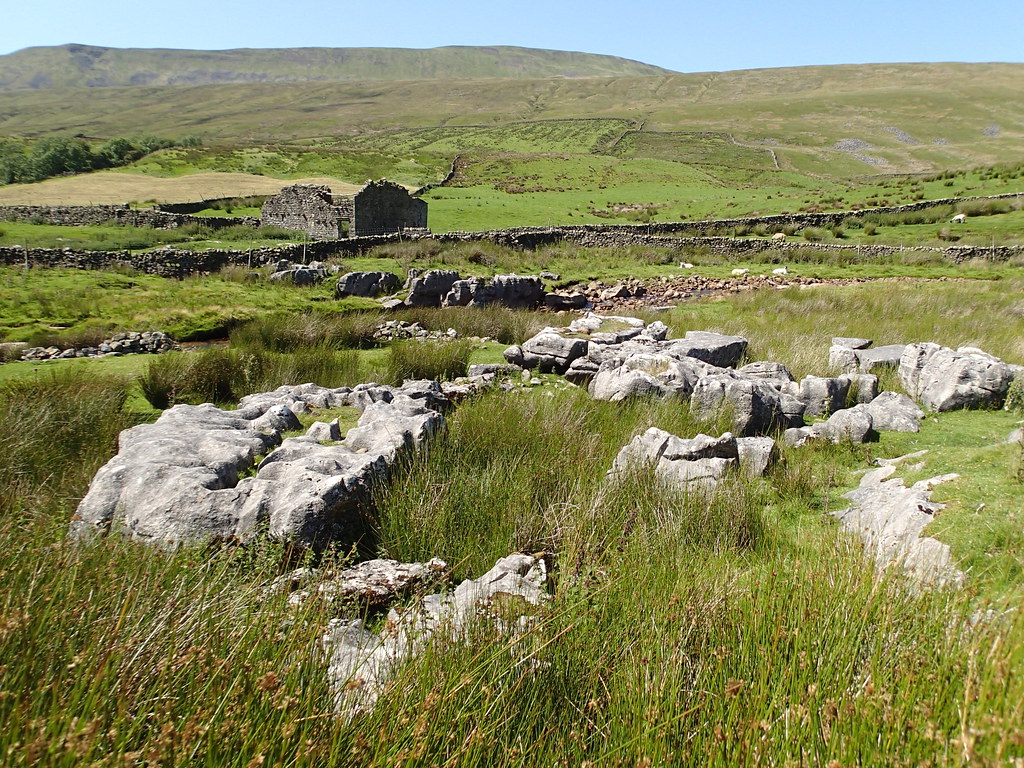 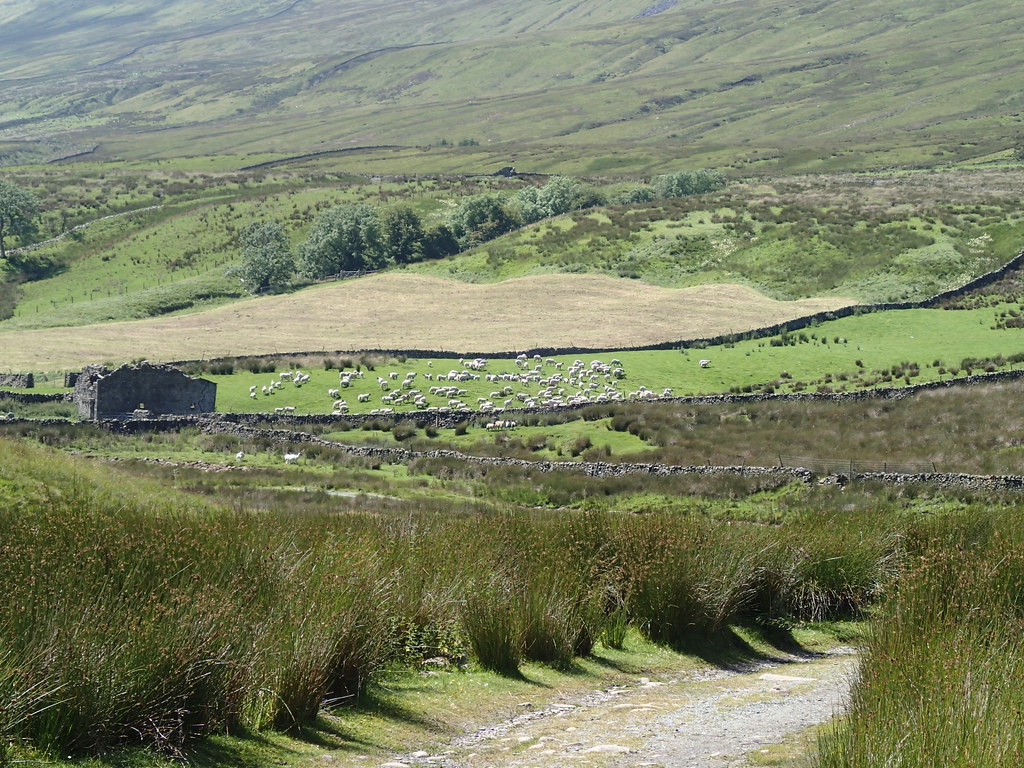