Topping up the tan in Kintail

Topping up the tan in Kintail

It was with a heavy heart that I left Skye, but the weather was set to break the next day and I was hoping to get to Kintail in order to break the long journey home. I stopped in Broadford for a few supplies and to enjoy the views. 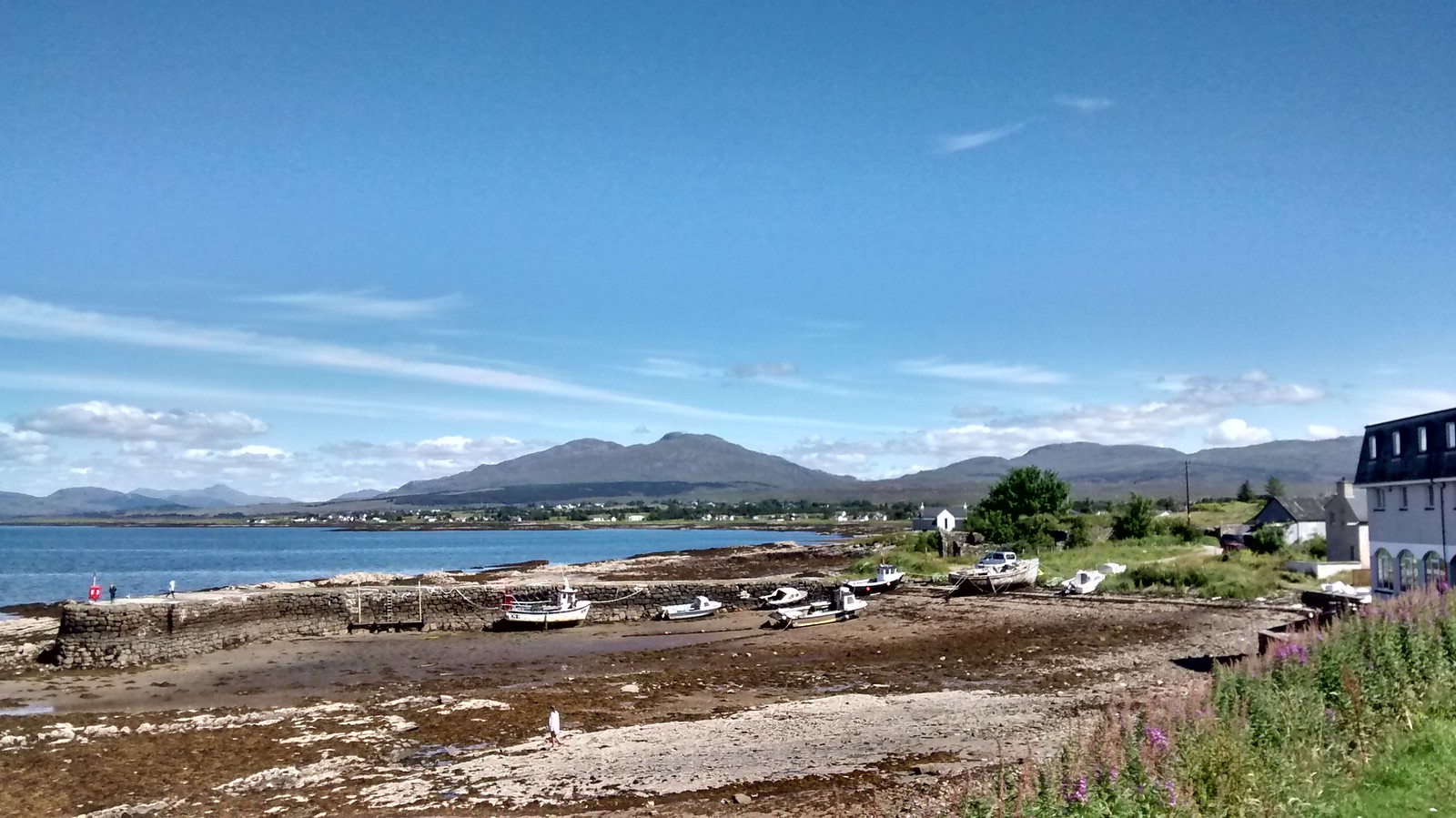 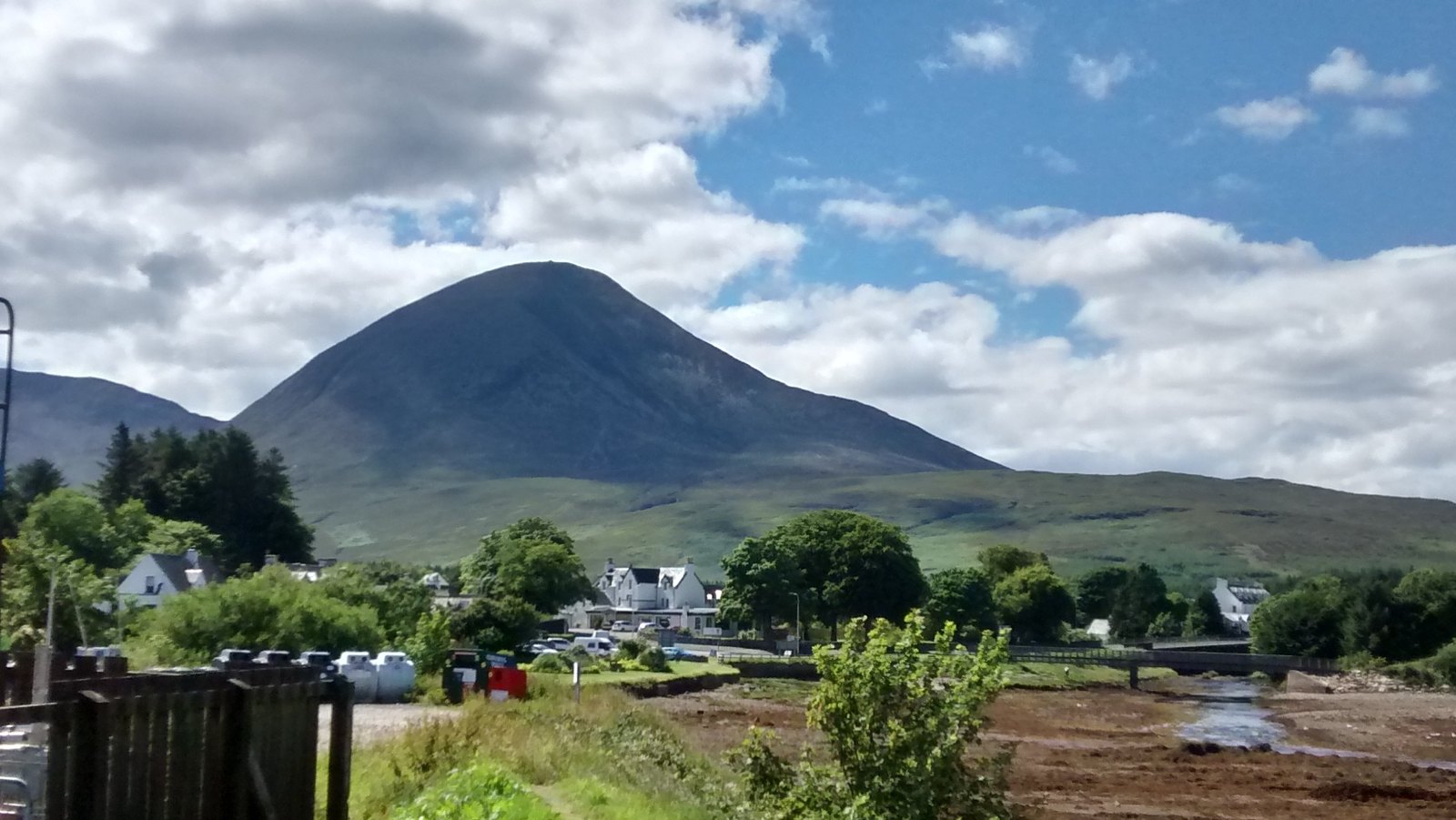 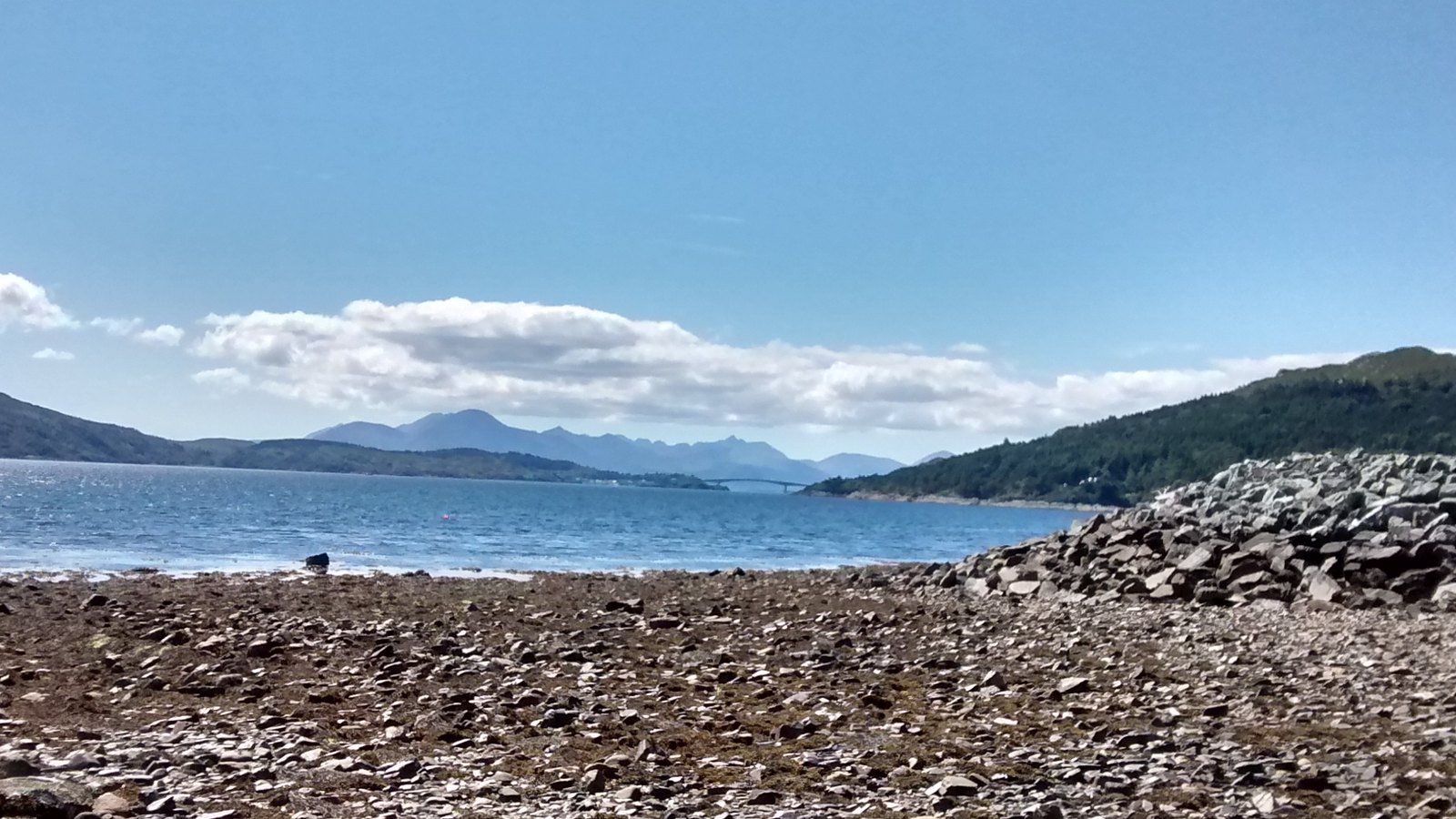 I had the tent pitched and everything set up…my watch read 4.45….

It was such a lovely evening, so I chucked on my boots, grabbed a map and went for an evening wander. The Corbett, Sgurr Mhic Bharraich, behind the campsite was my target. Why not, I was right there?!

I followed the track alongside the burn before taking the stalkers path uphill over the rocky ground. Through the “gate” which consisted of one of those packing pallets and across the bridge and I was into Gleann Undalainn.

It was very warm and I was really glad I had chosen my lighter boots for this excursion. Until I stepped into a bog that is 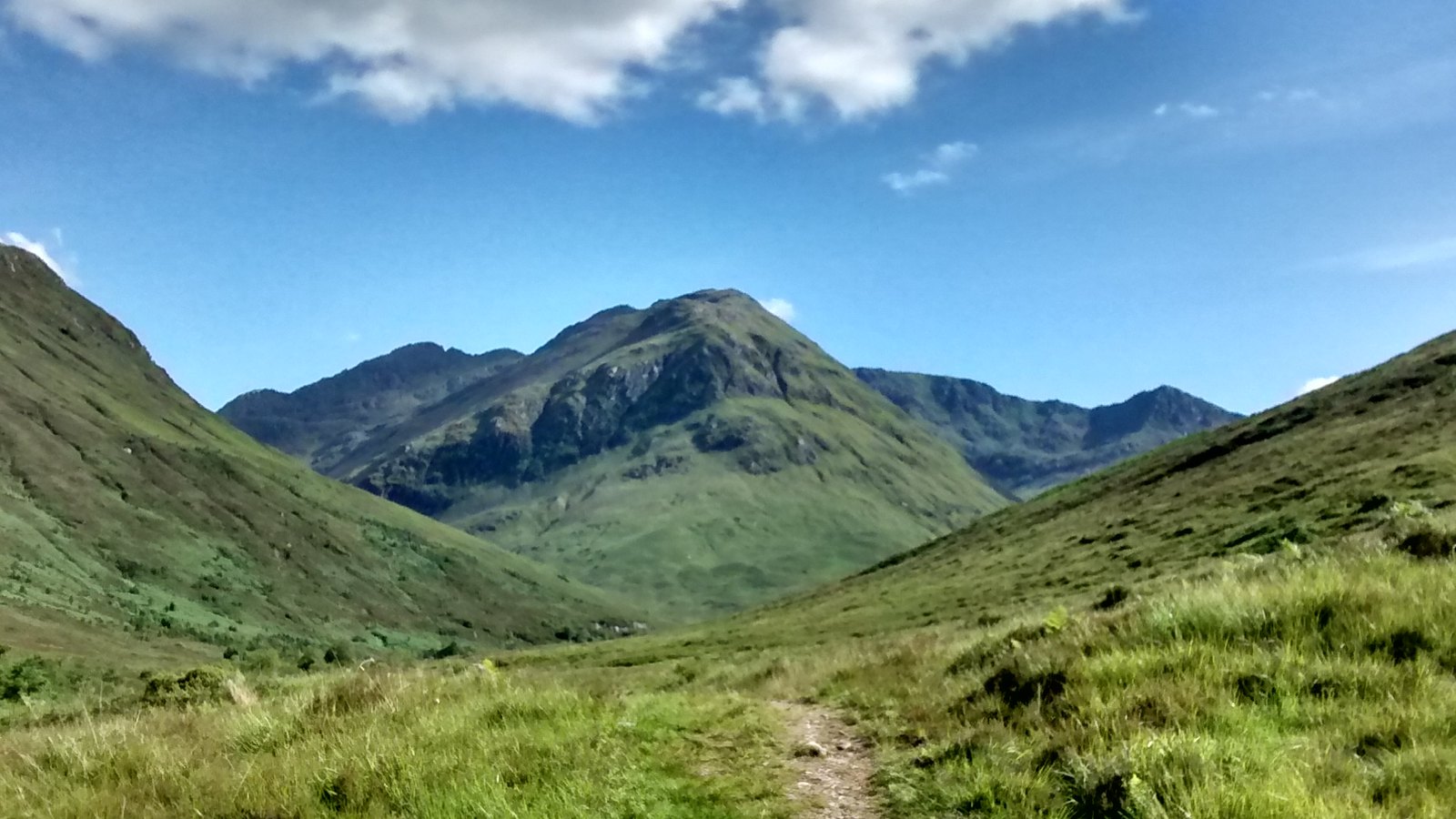 After a while, the path split and I took the right fork which started climbing easily uphill and soon met the Allt na h-Innse Gairbhe. I followed this path for a while before leaving it and heading straight uphill. In hindsight I think I left it a bit early, but hey…who doesn’t love a bit of steep off-roading

Looking back to the Forcan Ridge

This straight uphill went on for some time before I finally found myself on something resembling a ridge. There were even smatterings of a path 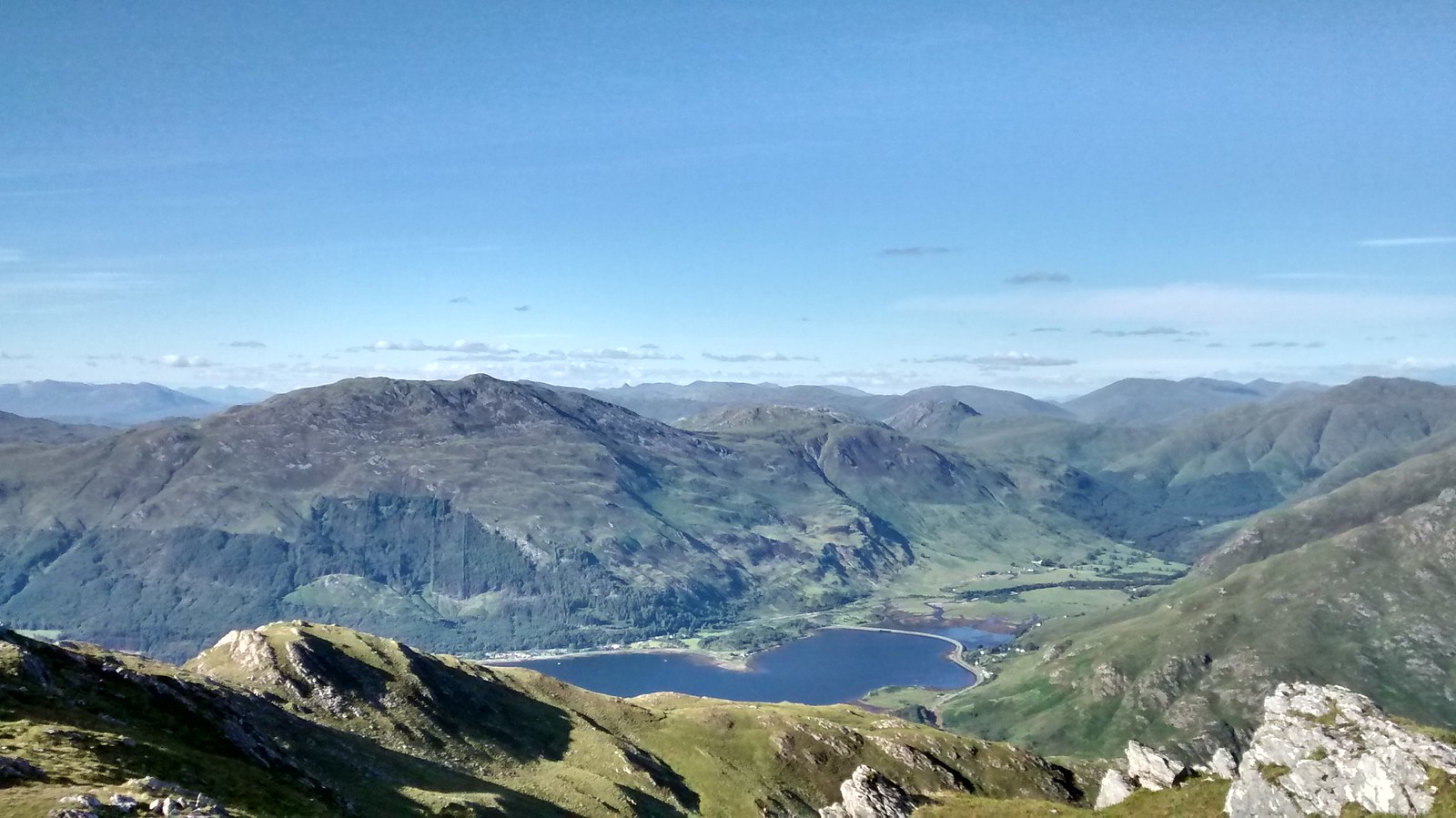 The views were absolutely stunning, I could see all the way back to Skye 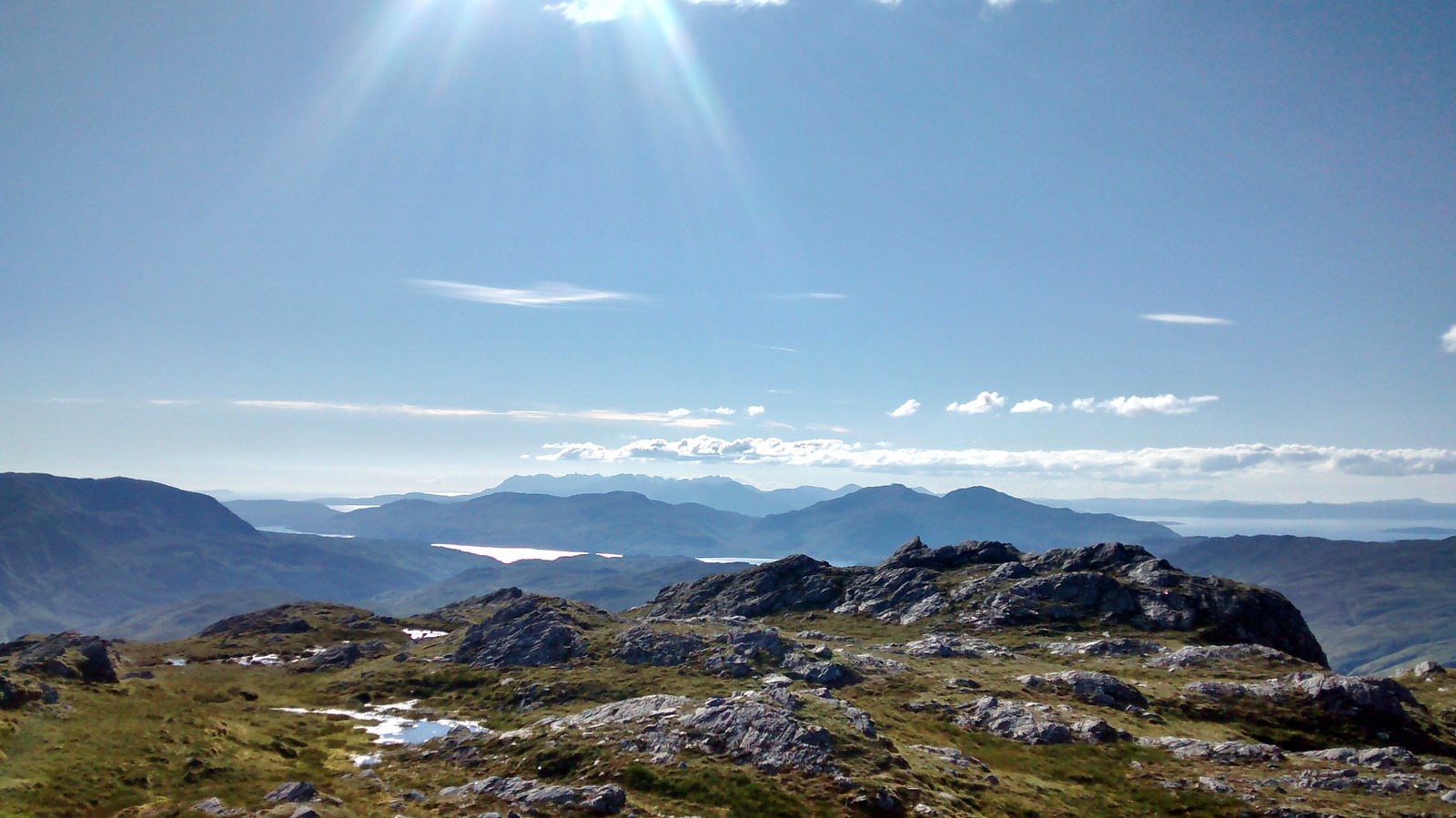 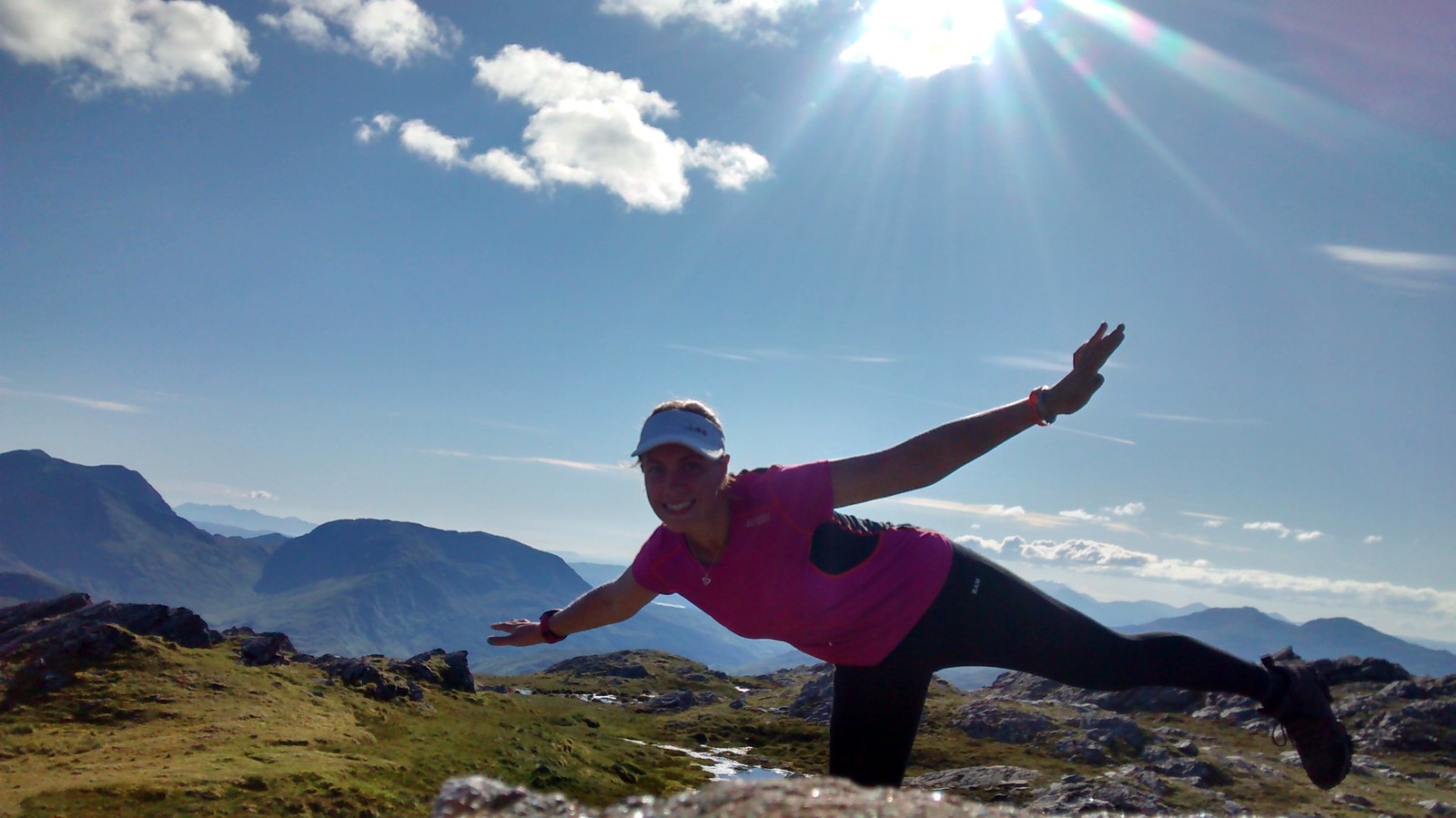 I was starting to get hungry so followed the shortcut return route directly back down to the Gleann Undalainn path. It turned out to be a quick and direct but fairly unpleasant route – very steep, healthery at the top and then lots of bracken nearer the bottom. I was very relieved to reach the path in one piece 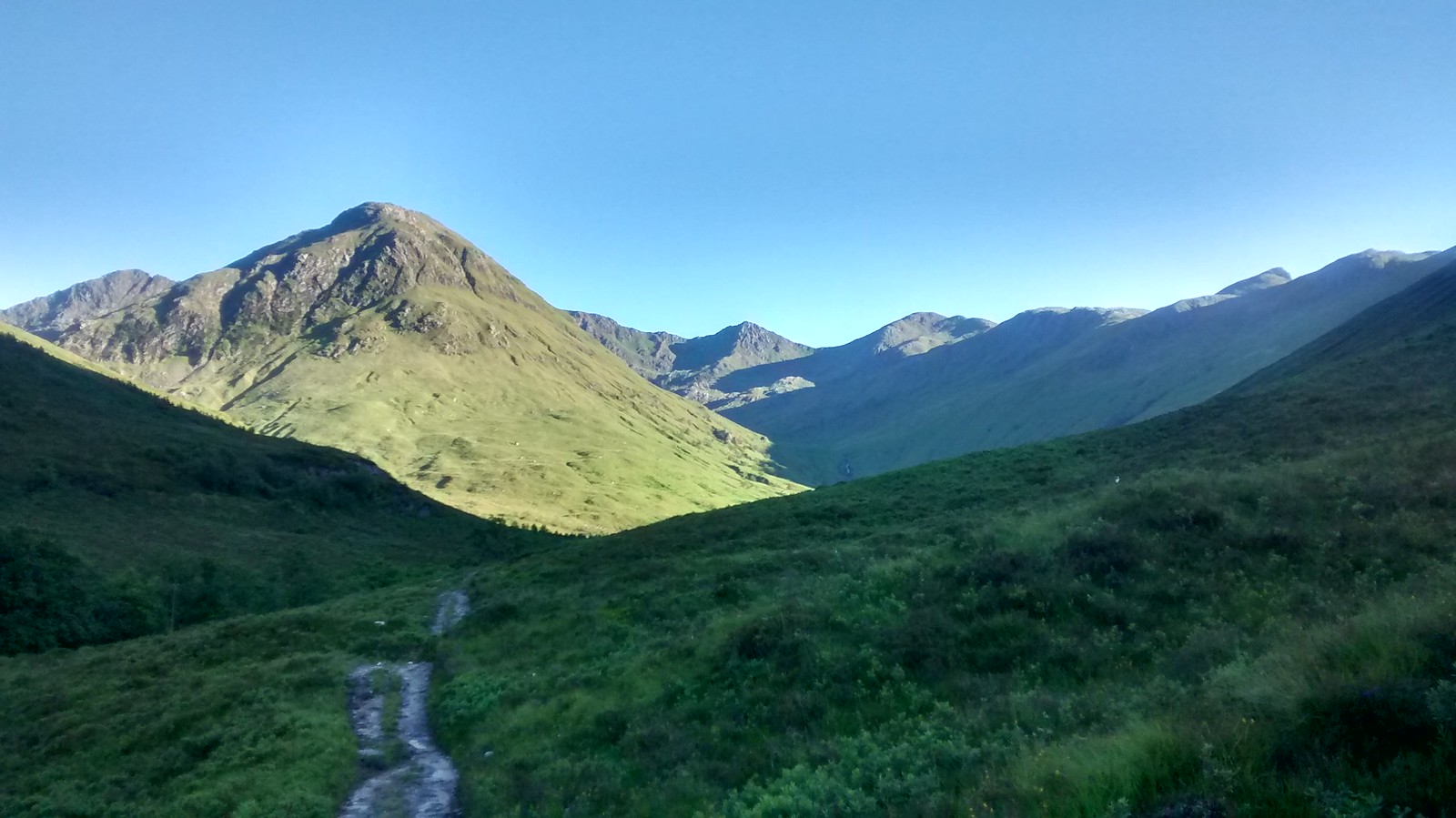 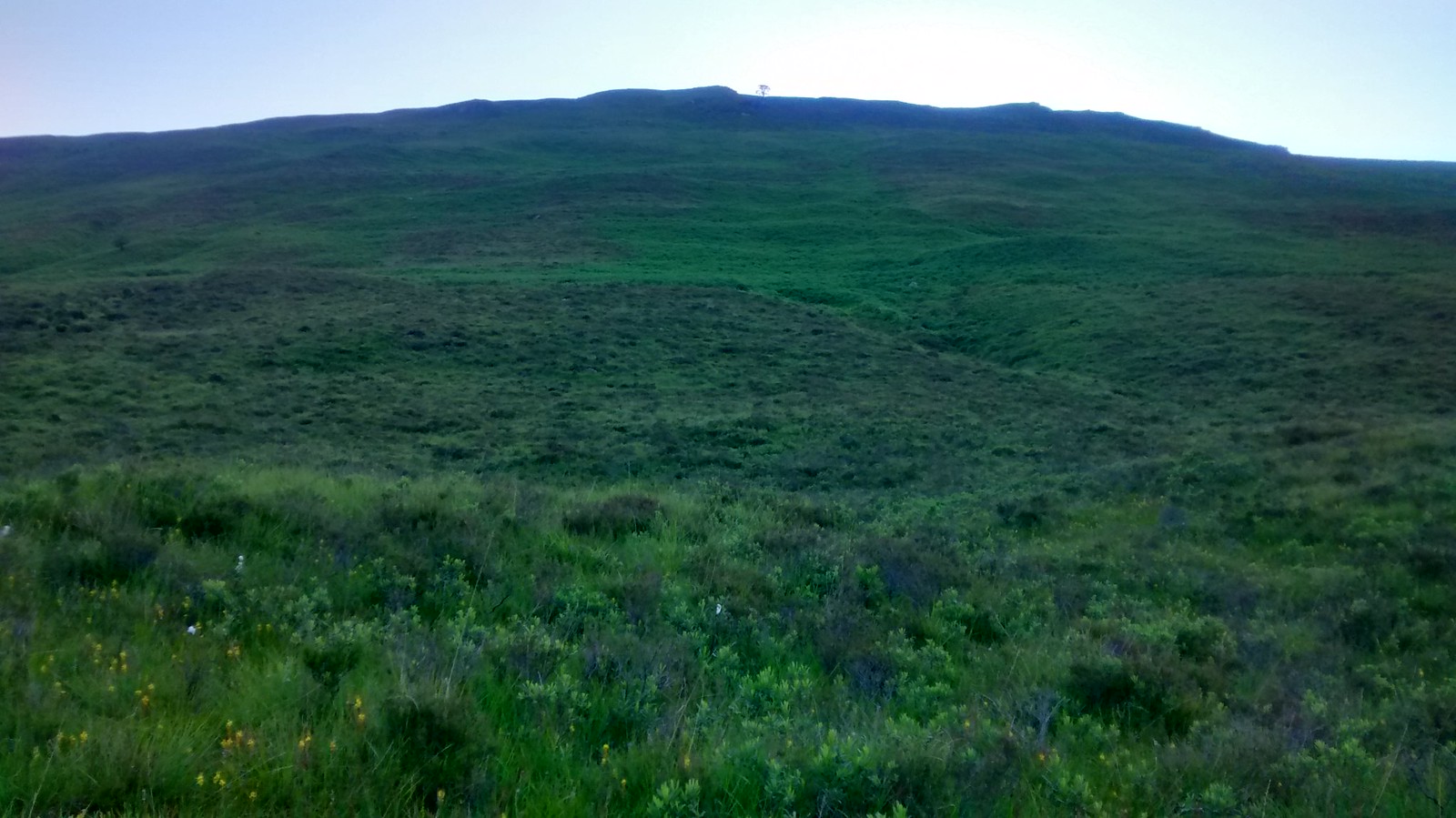 From here it was an easy walk along the path back to the campsite. 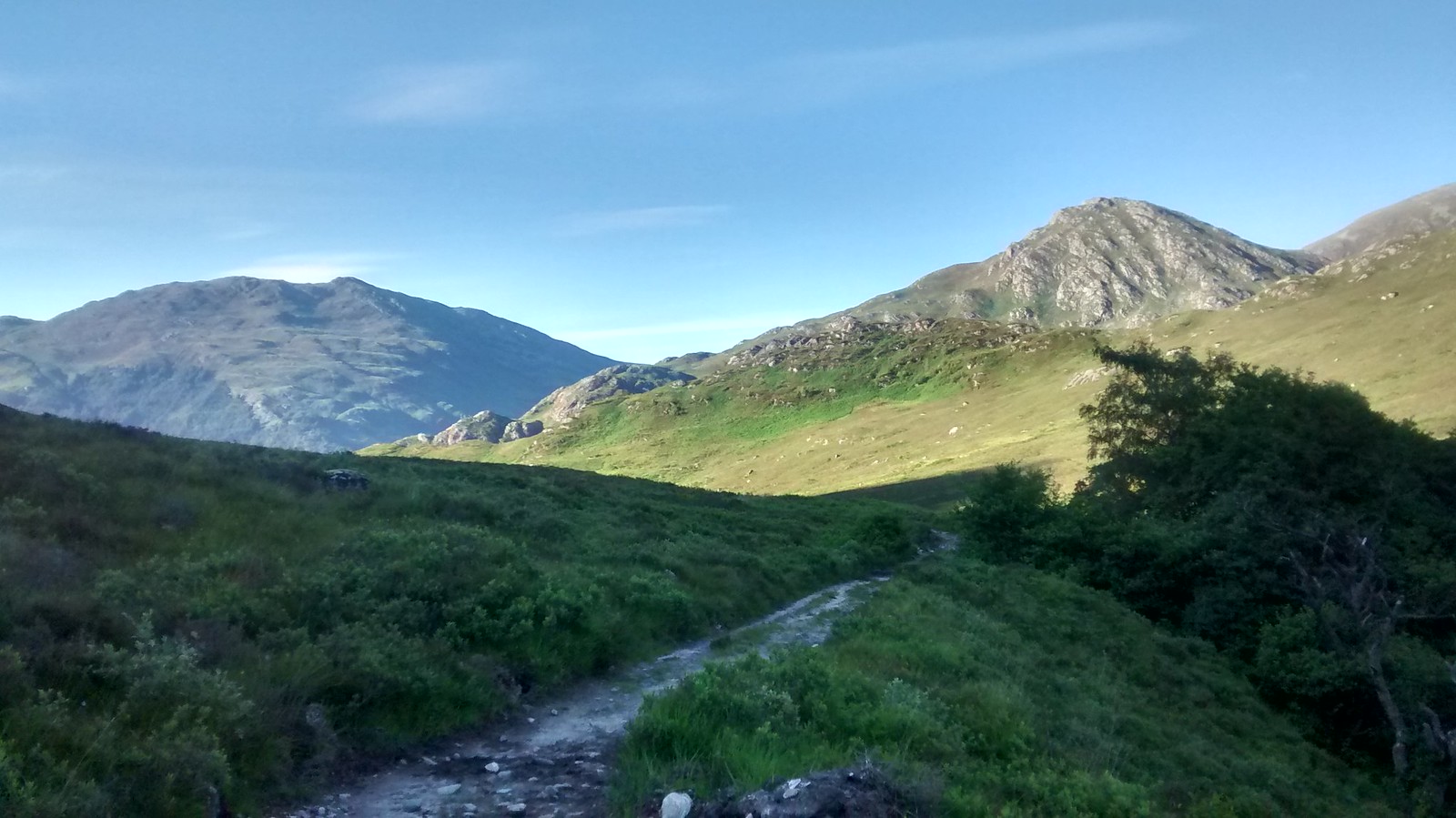 The Campsite, which had filled up significantly! 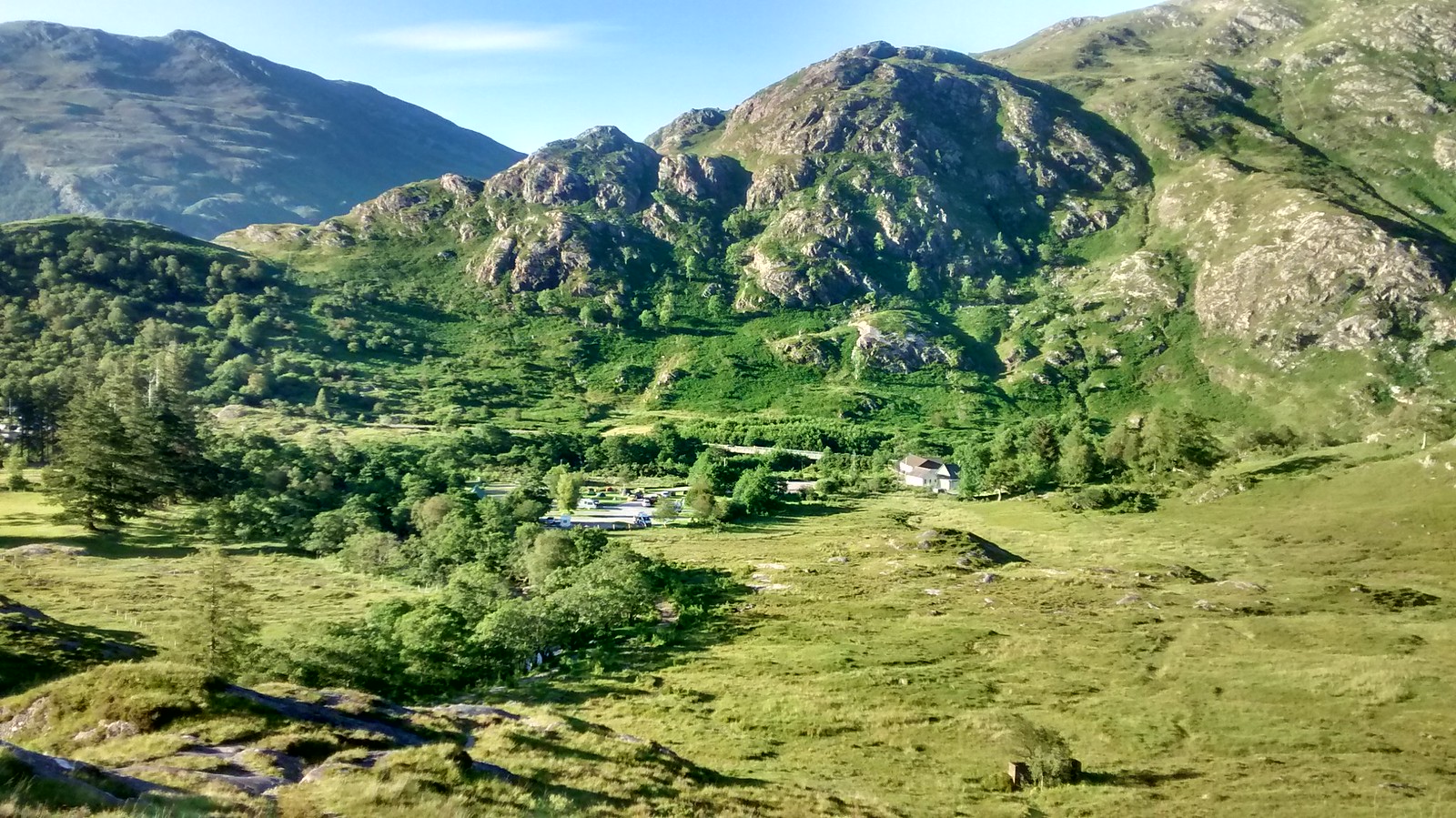 I had time for a shower, some dinner and hot chocolate before a nice early night.


Sgurr Mhic Bharraich.gpx Open full screen  NB: Walkhighlands is not responsible for the accuracy of gpx files in users posts

The next morning I woke up, packed my things up and decided I felt like I had another hill in me. The weather still looked good – it was forecast to break around lunchtime.

A drove a couple of miles back down the road towards Morvich and parked at the burial ground car park. There was a car covered in police tape but nobody else to be seen…

Boots on, I grabbed my pack and headed through the gate on the opposite side of the road. A decent track led me steadily upwards. My legs were feeling pretty tired but a steady pace saw me gaining height quickly. 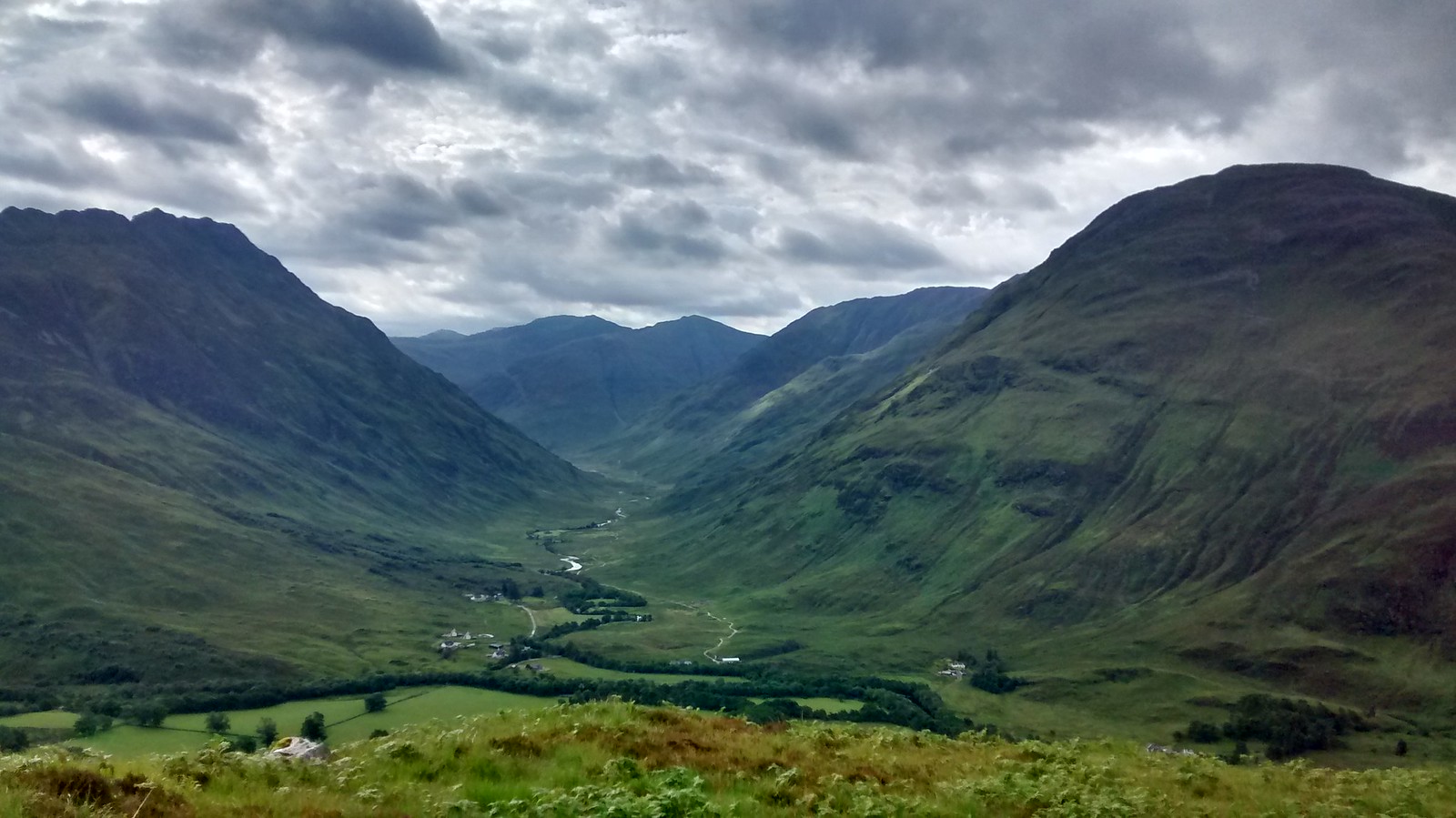 After zig-zagging for a while, I met the deer fence, squeezed through a gateway and continued along what was now a footpath but continued gaining height through a series of zig zags.

Eventually I reached the top of the ridge! Here a cairn marks a path leading off to the left. 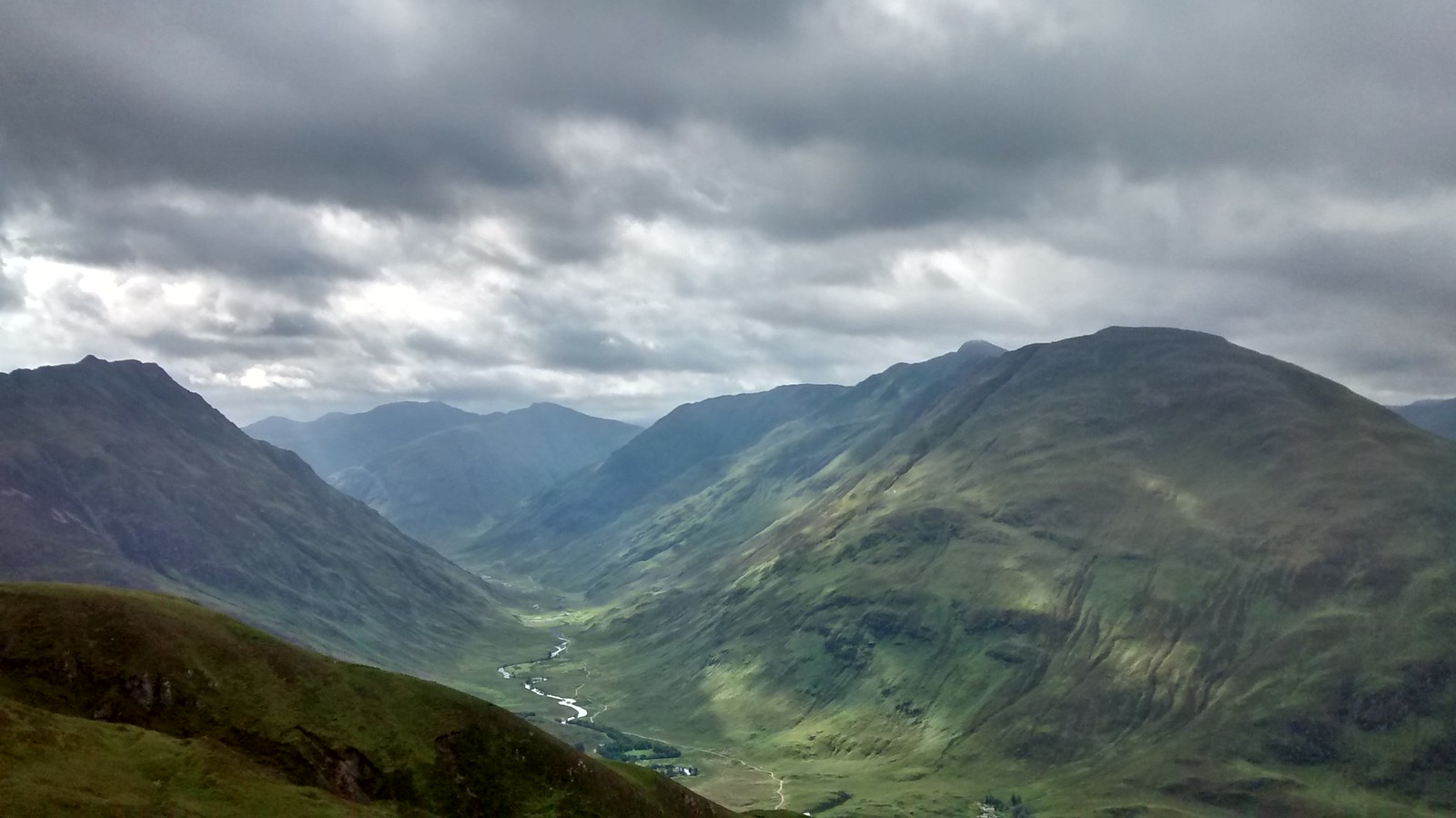 Initially this was flat and boggy before climbing more steeply up the ridge, over a few false summits and finally to the top of Sgurr an Airgid, marked by a slightly worse for wear trig point 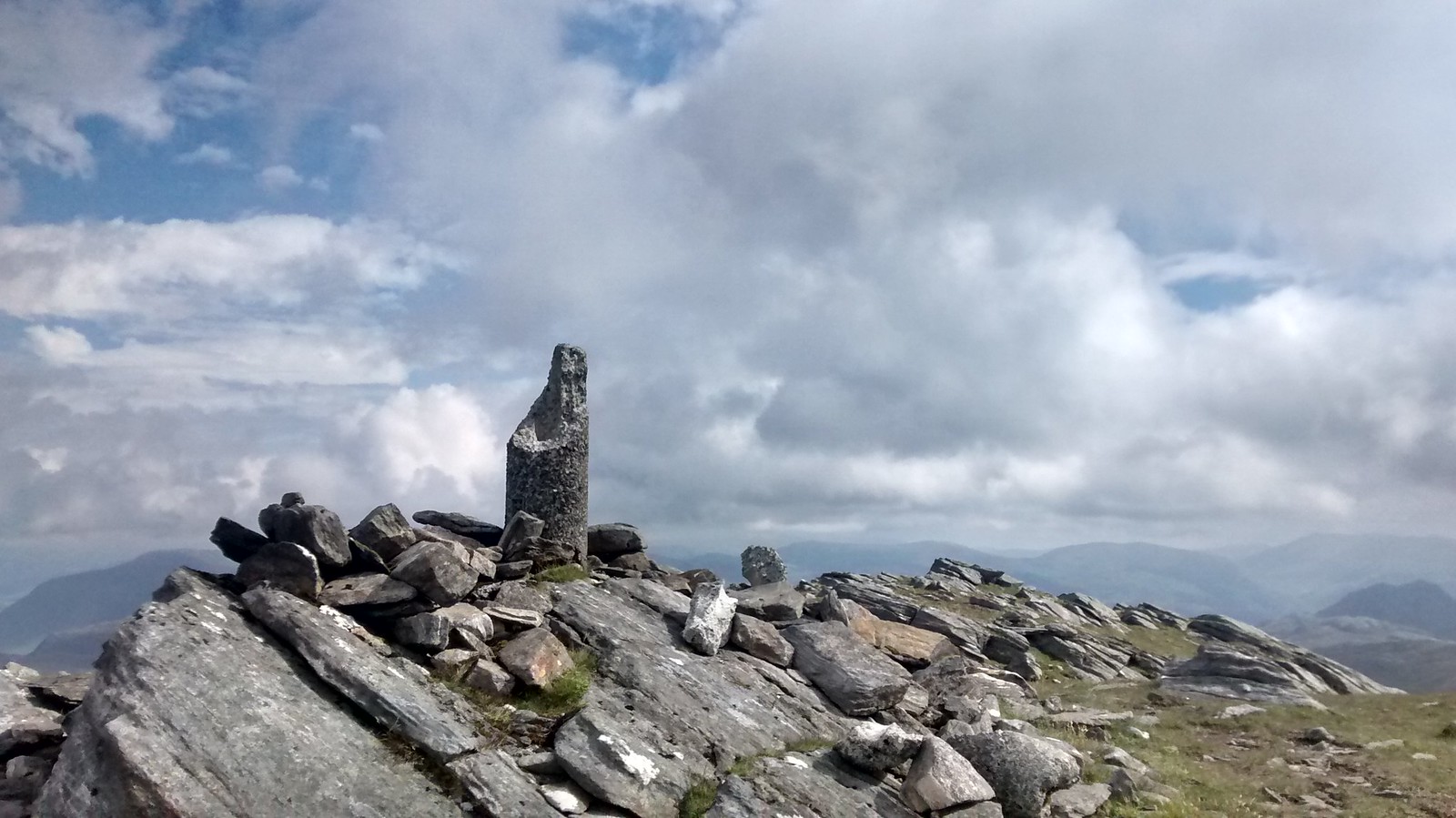 Looking out across Loch Duich 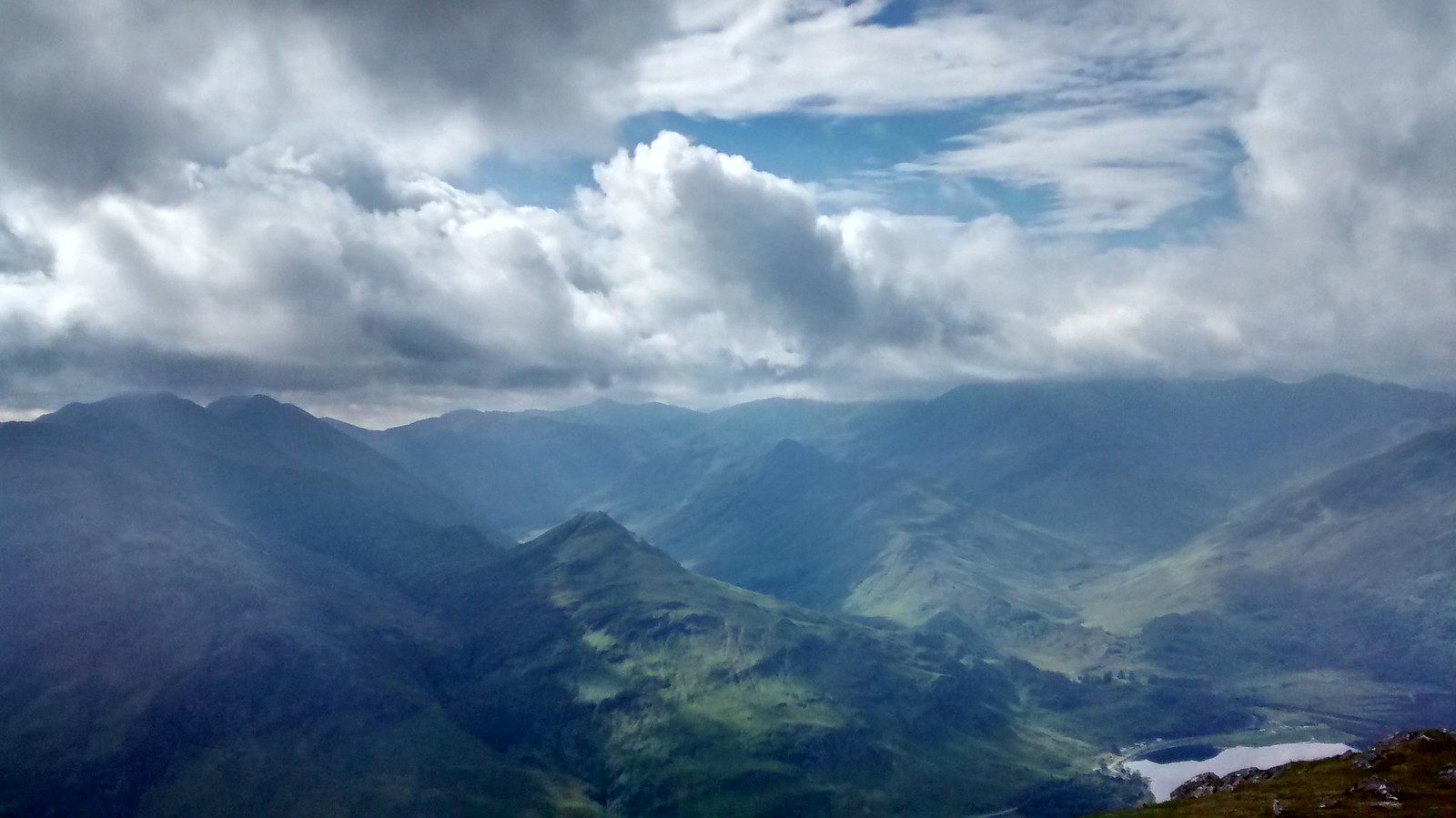 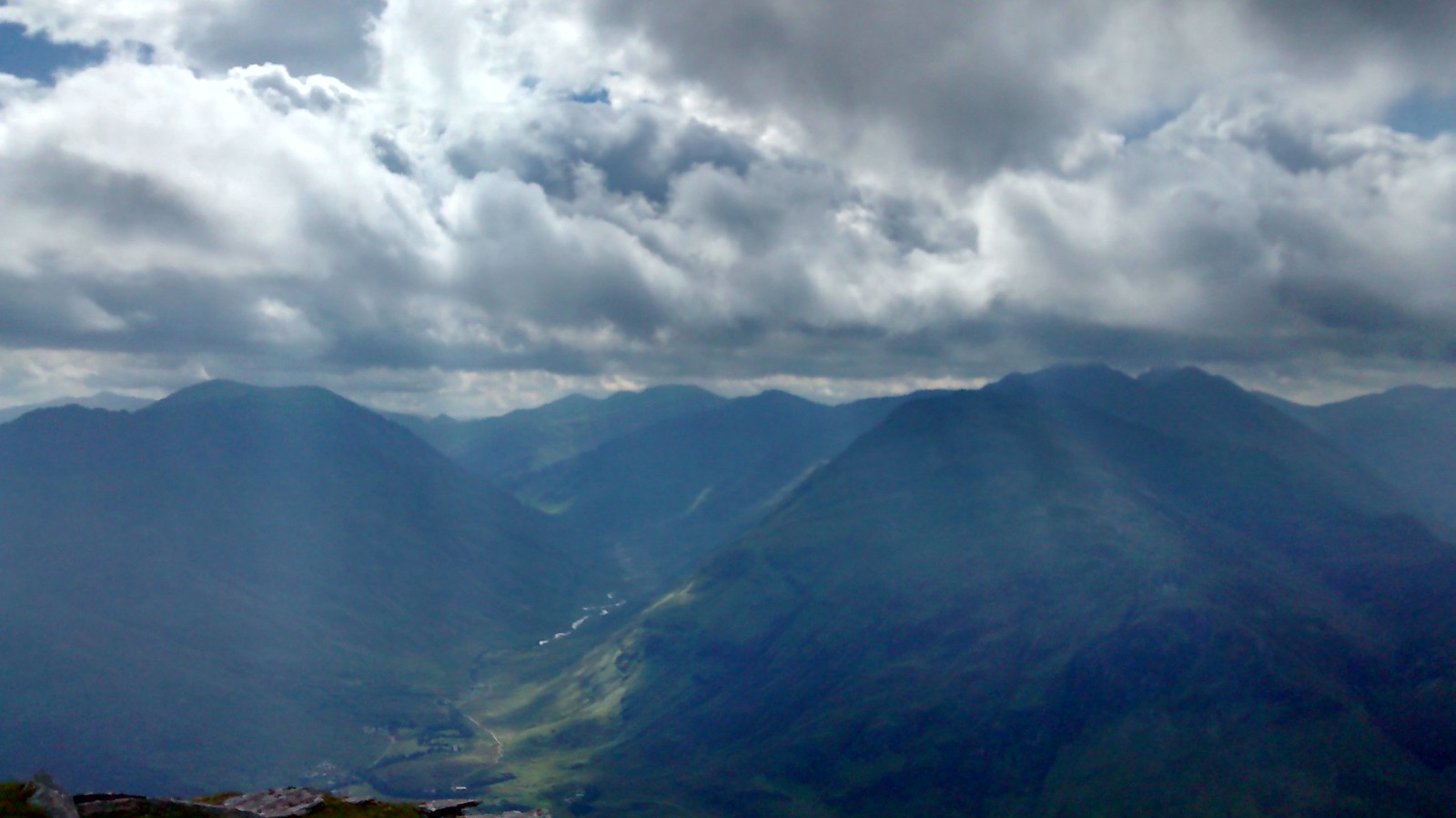 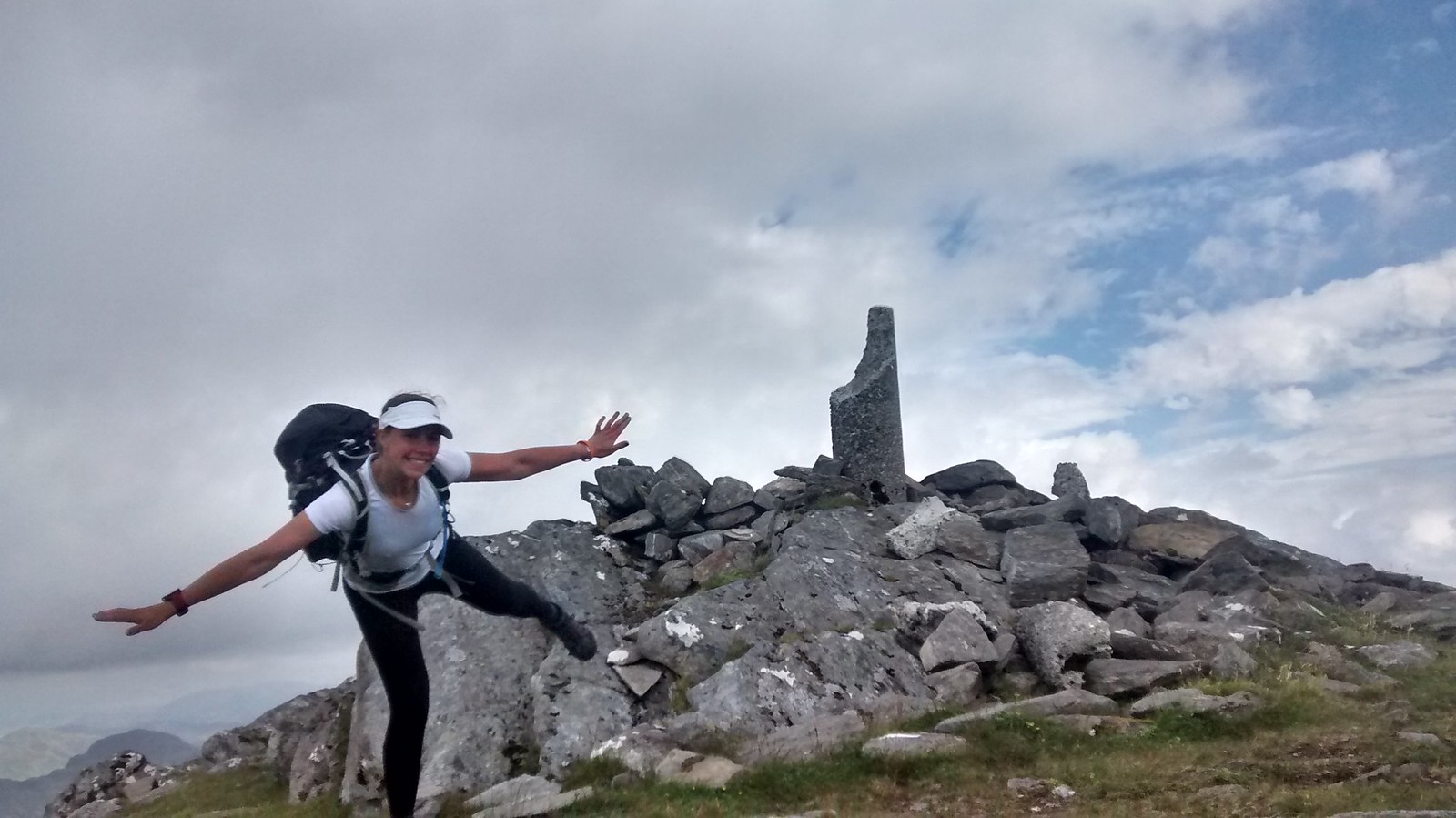 The wind had picked up significantly and I didn’t really fancy hanging around too much. I decided to have a wander over to the cairn at the 824 spot to see if the views were any better. Although it was still dry and the sun was around and about, I could see the weather starting to close in on some of the higher hills.

Kyle of Lochalsh and the Skye Bridge 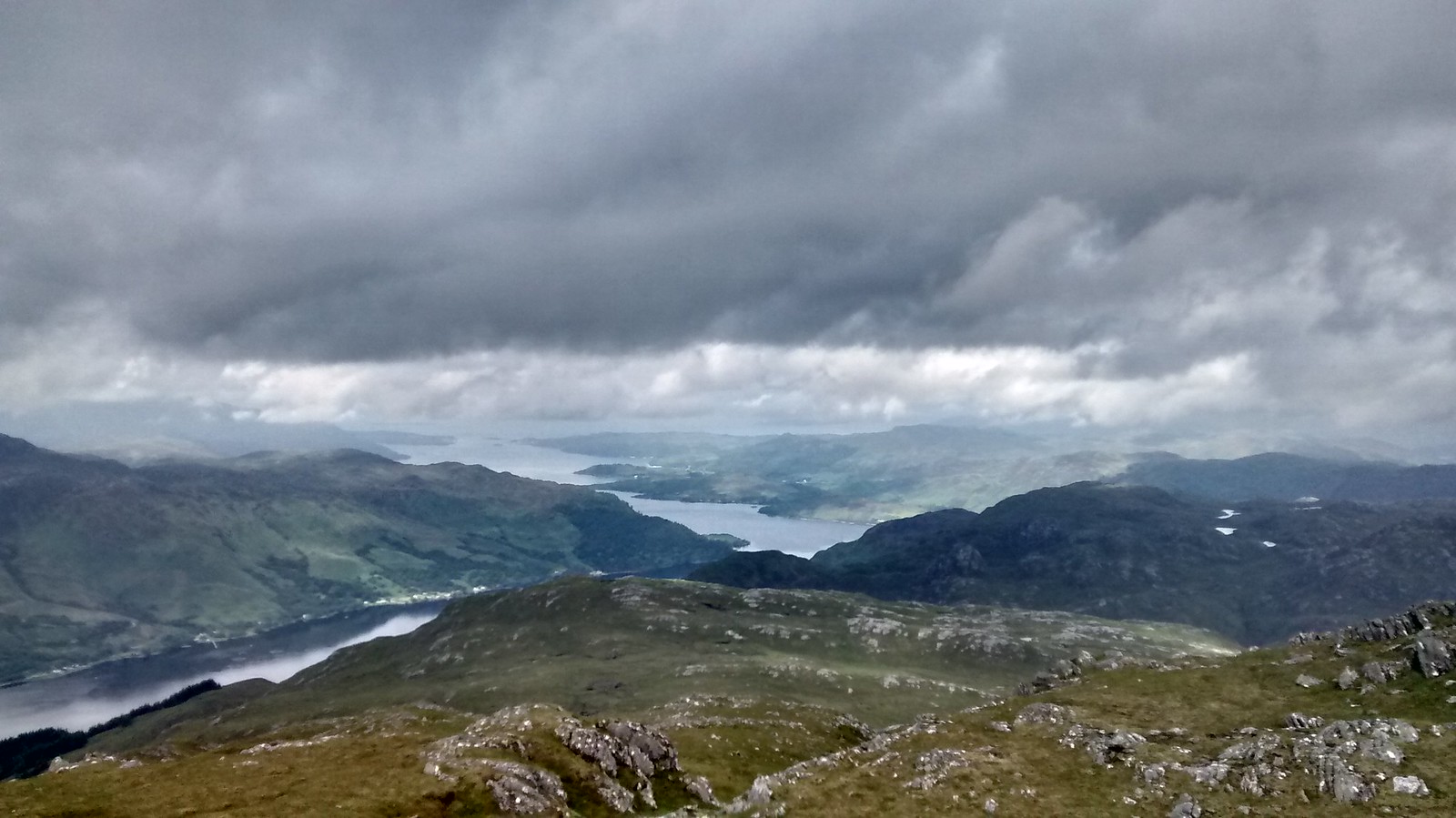 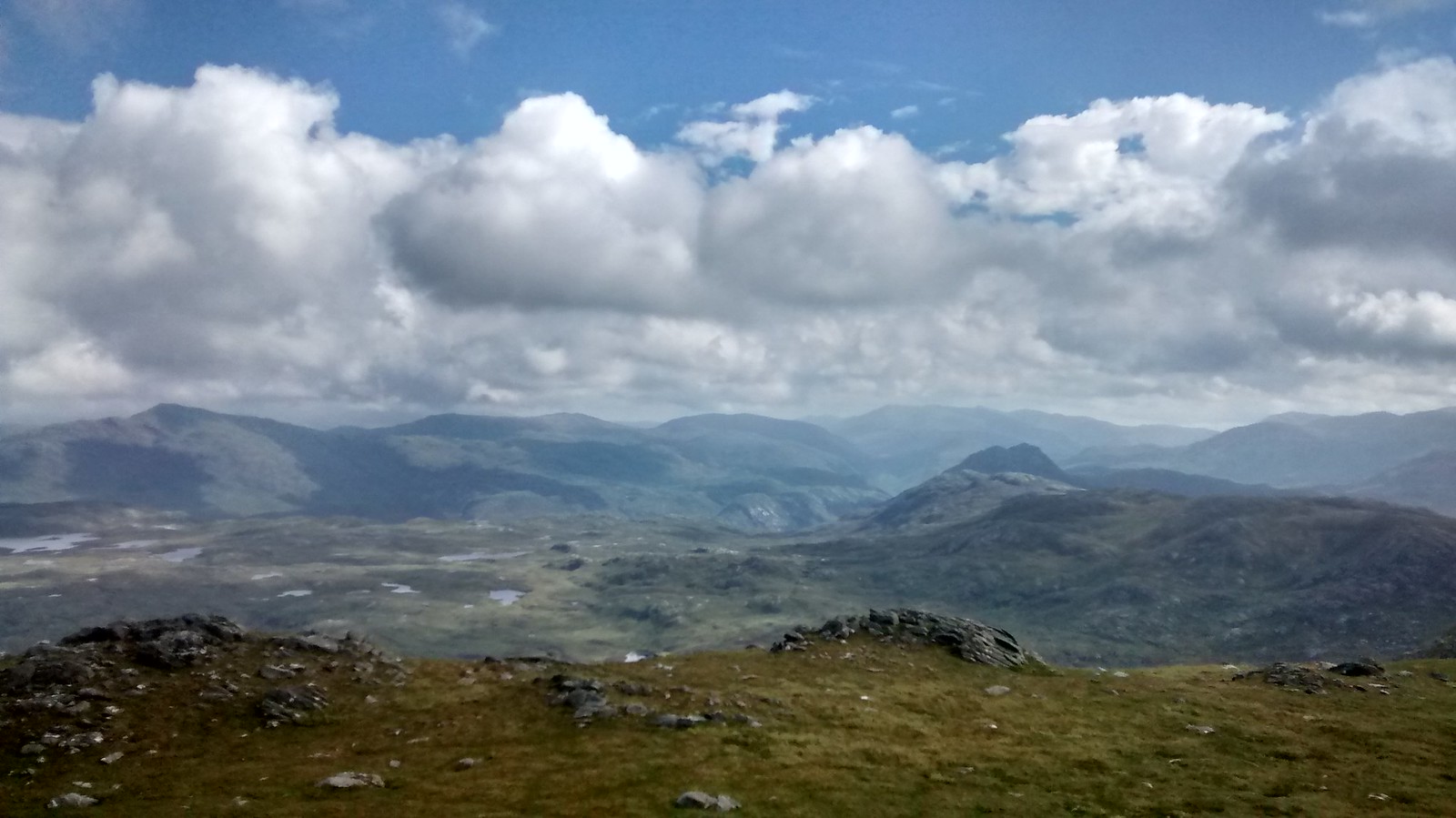 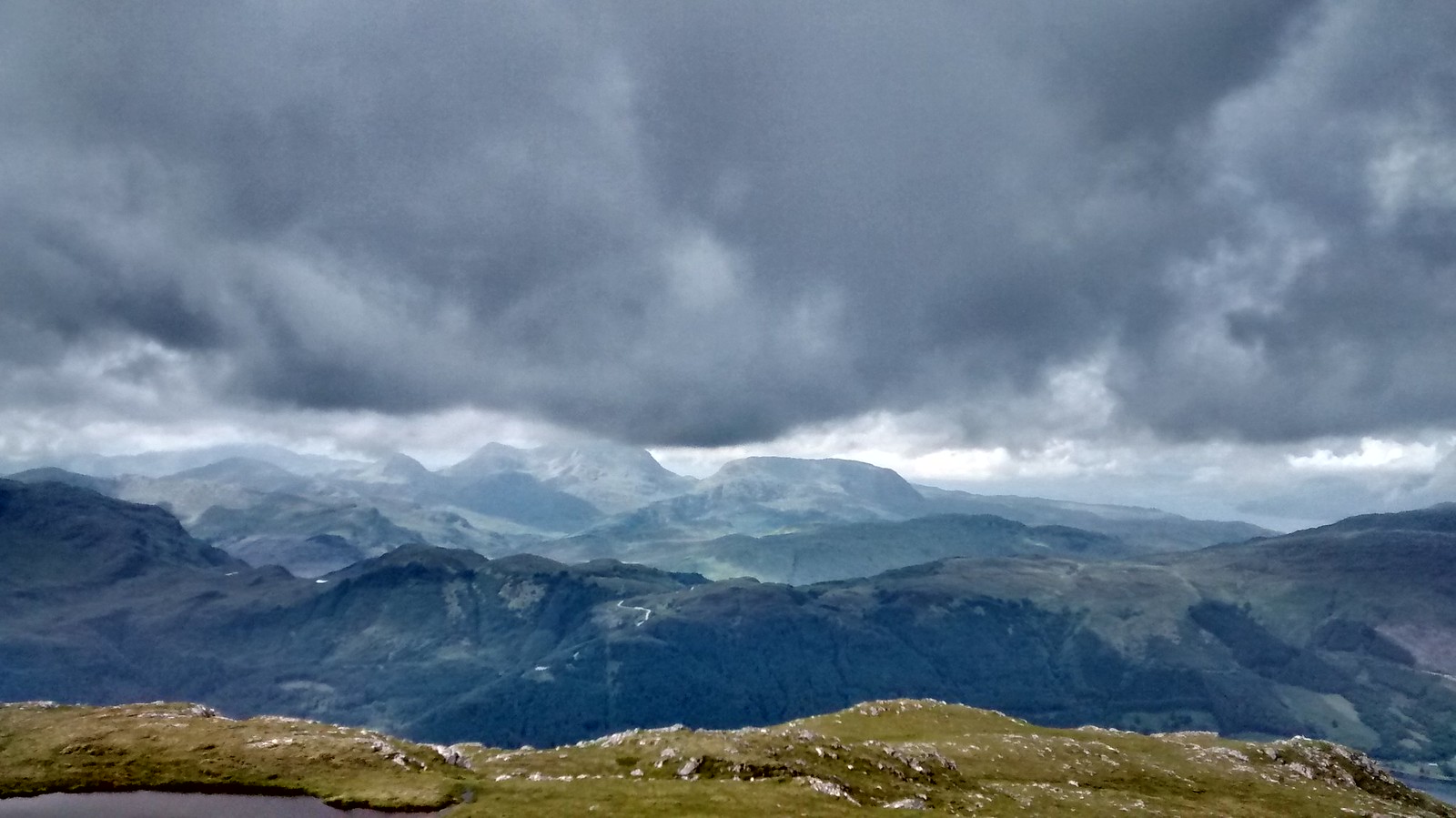 It was time to go. The route down was uneventful as I just retraced my steps, although I did notice that the zig zags were really steep – no wonder my legs felt tired on the way up 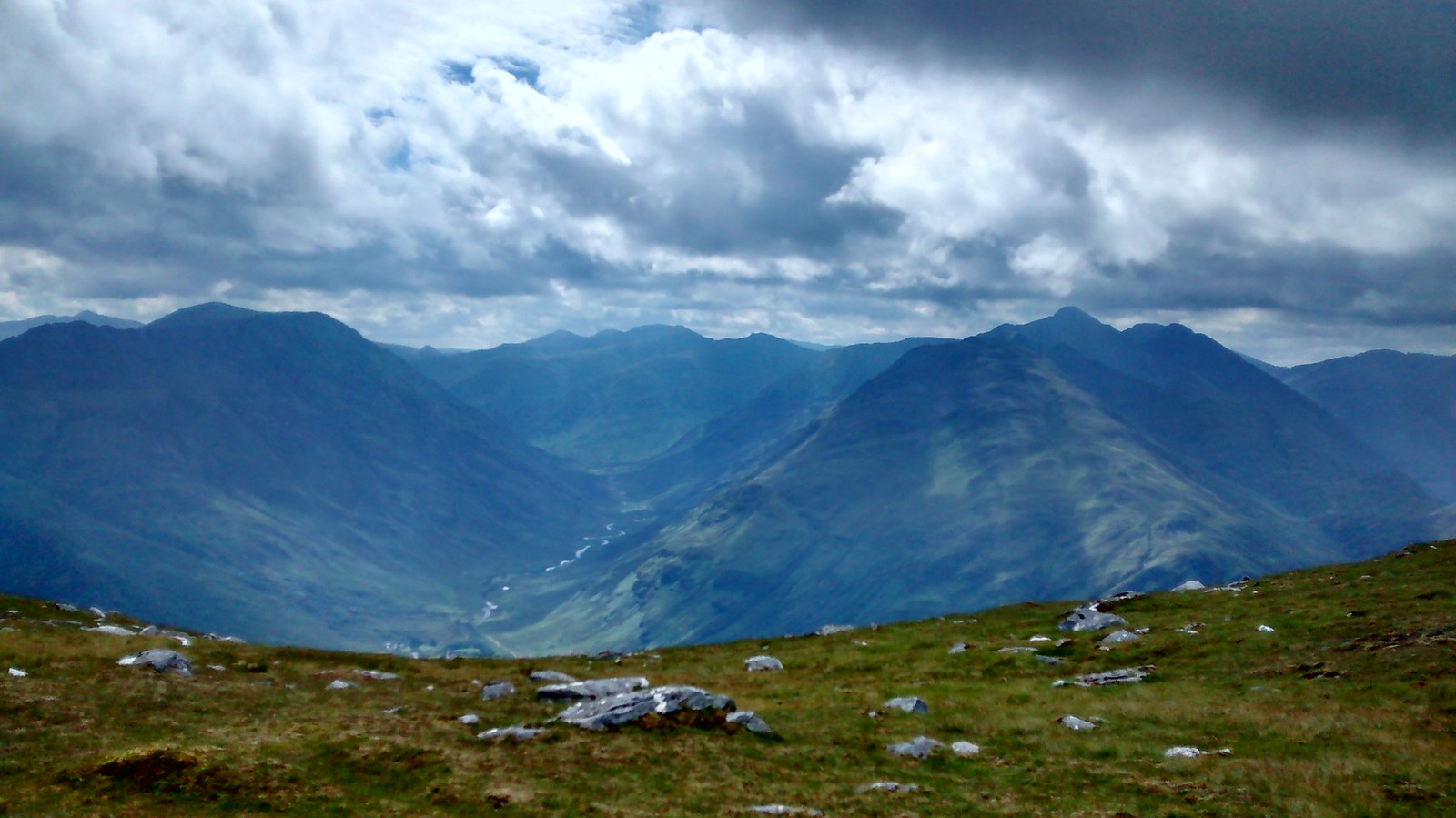 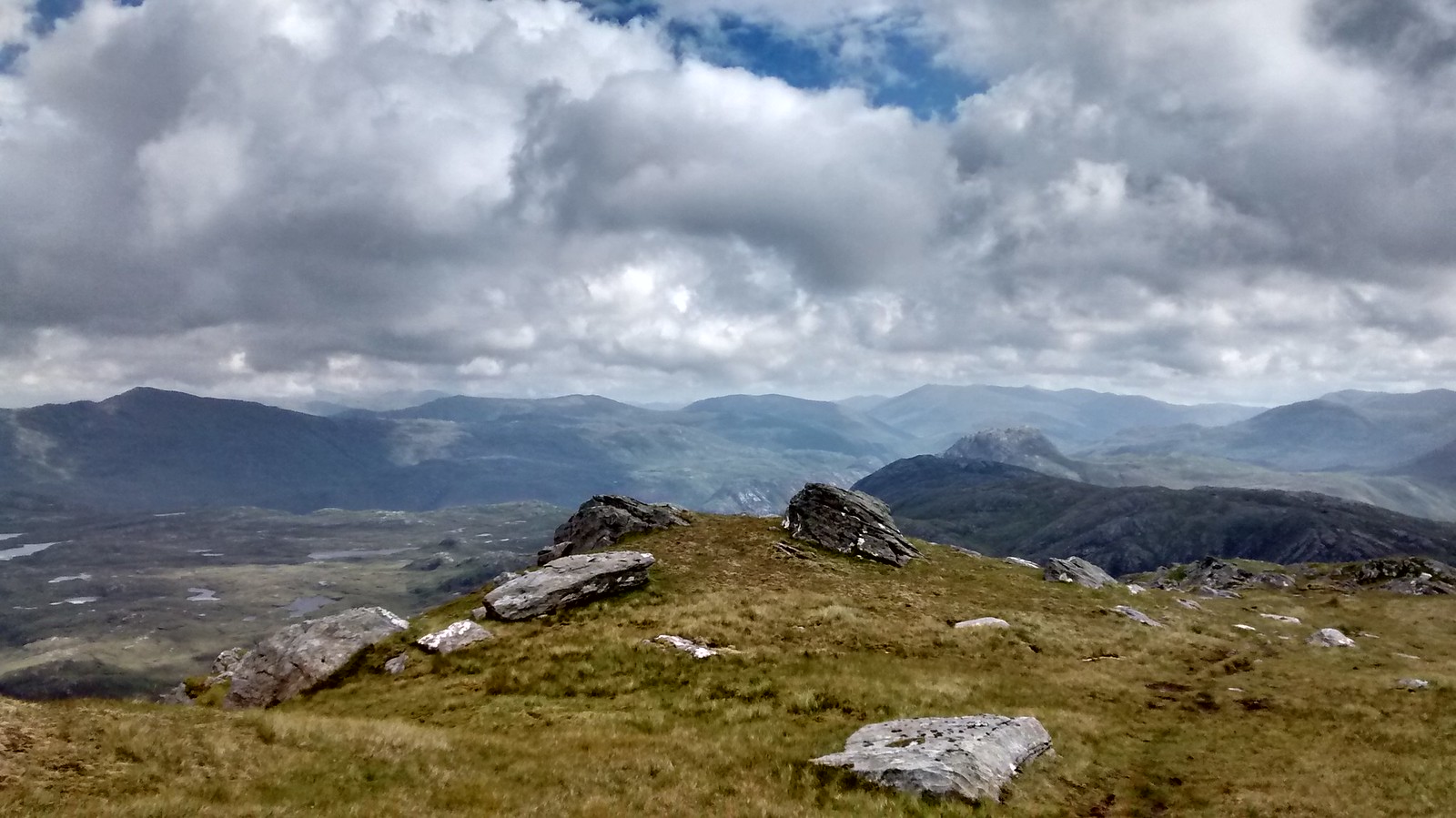 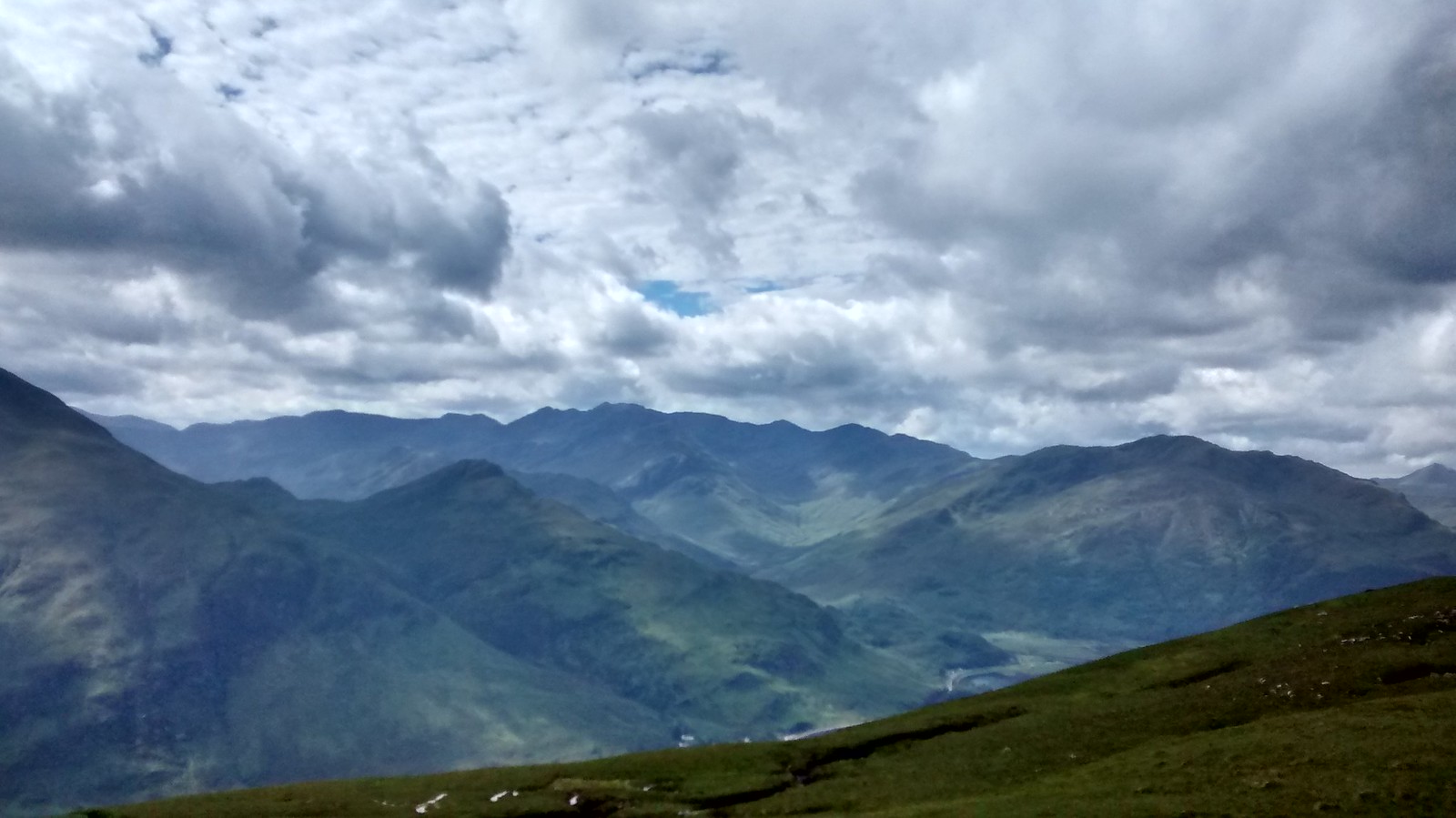 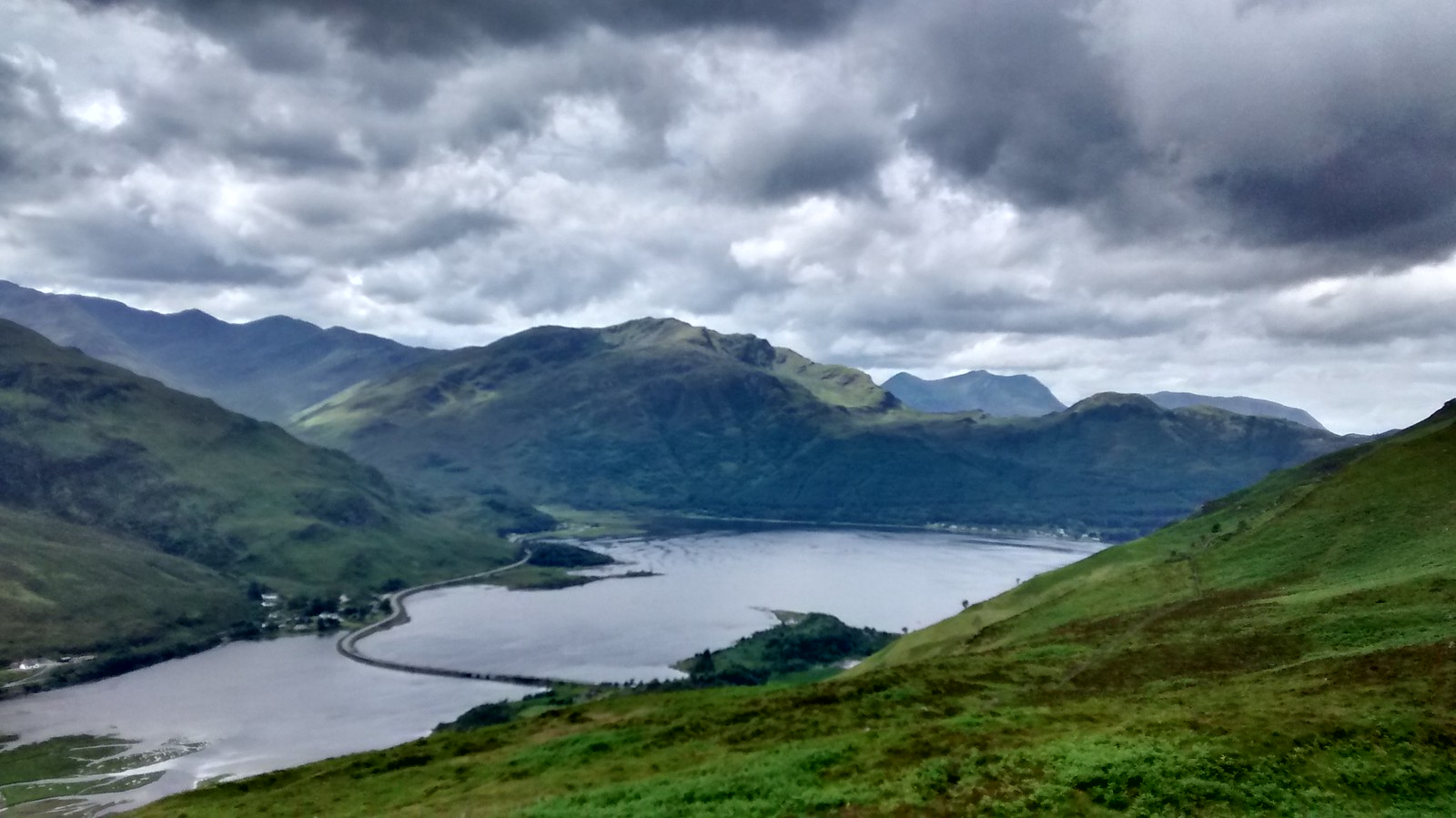 I arrived back at the car and chilled out for a few minutes before driving to the Cluanie to see my friend Adam and have a big plate of the best mac n cheese in the highlands (in my opinion) before the long drive home.

Not a bad trip

Sgurr an Airgid.gpx Open full screen  NB: Walkhighlands is not responsible for the accuracy of gpx files in users posts

Nope. never heard of either of them!

You certainly pack it in when you get away! Good effort indeed...

Mal Grey wrote:Nope. never heard of either of them!

It's funny, Dean camped up on Airgid a few weeks earlier and since then at least two WH'ers have been up

It's funny how you never hear about Sgurr Mhic Bharraich though, seeing as it's so accessible from the campsite. Cannae see whits on yer doorstep I guess

Always makes me laugh, being from Hertfordshire, when people from Glasgow call Skye a "long drive home"

There's a fun scrambly route up Creag an Ruighe that I found one day when I went for a random wander.

BobMcBob wrote:Always makes me laugh, being from Hertfordshire, when people from Glasgow call Skye a "long drive home"

There's a fun scrambly route up Creag an Ruighe that I found one day when I went for a random wander.

There's another person been up Airgid! More popular than it seems

Was just looking at a more roundabout route up Sgurr an Airgid for a future Kintail visit. It has great views of the 5 Sisters

Quire right too - why not make the best of the weather when you're up there anyway.

malky_c wrote:Was just looking at a more roundabout route up Sgurr an Airgid for a future Kintail visit. It has great views of the 5 Sisters

It is a great viewpoint isn't it! I'll have to go back now my camera is fixed

rockhopper wrote:Quire right too - why not make the best of the weather when you're up there anyway.

I saw your report - can't wait to get back to that area. Let's face it, the west coast is just awesome