I hadn’t given much thought to the Donalds until walking up the Corbett/Donald, Hart Fell, in mid December 2013 and including some of the Donalds in the round trip. Since then, I’ve found their positioning very handy as they’re much closer to home and great for short trips and/or shorter days.

I’d originally intended heading up to Glenfinnan today but a late dinner with some of the in-laws the previous night necessitated a later than usual start; the weather also looked better to the south. Plan B came into play for my final two Donalds – the actual walking would be fairly straightforward but would need a round trip by car of nearly 300 miles.

Down the M74 to just north of Gretna Green then north via Langholm taking the Hermitage Castle turnoff to get to Billhope. There was a “no parking” sign at the cottage so I parked a short way down the road on a flat, grassy area on the left just before the bridge. 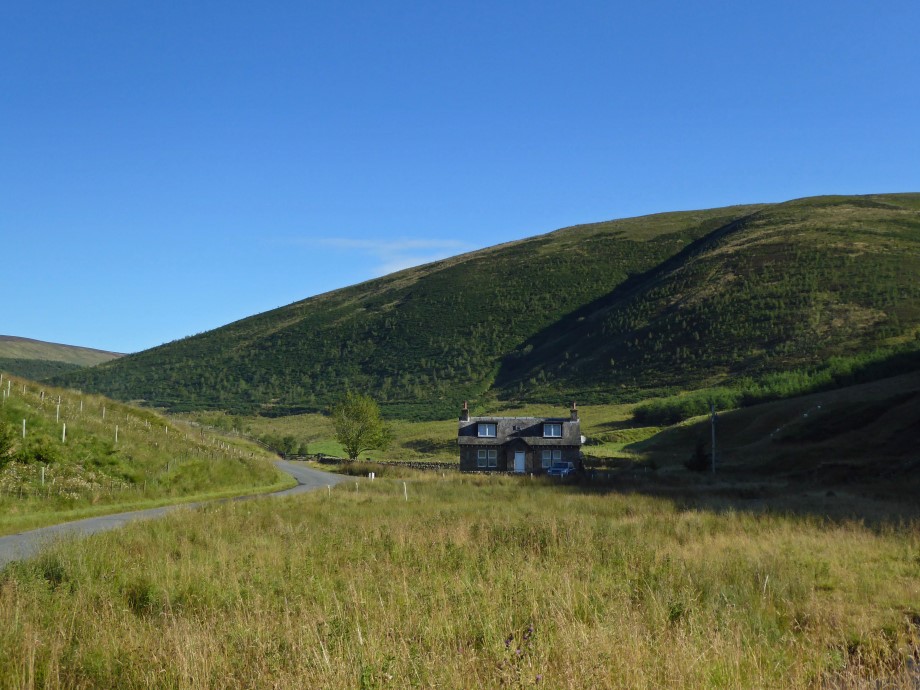 Took the track up to the left of the cottage on the bike - through a couple of gates and past another house on the left. 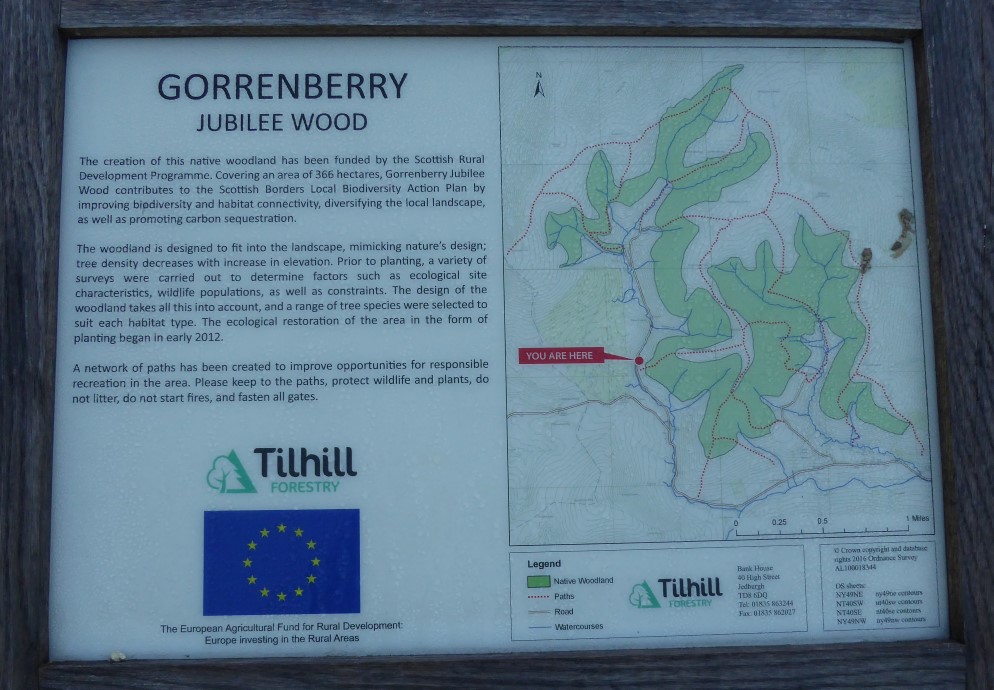 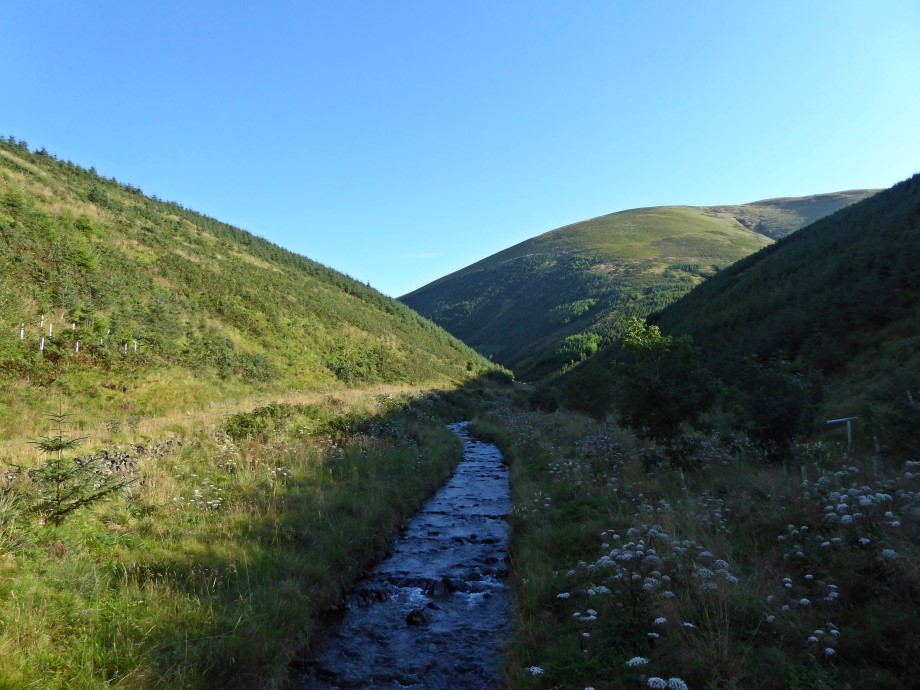 Locked up the bike a bit further up the track then. Followed a faint track marked by posts from about NY445994 to the north of Woodie Syke.

Spotted three birds soaring over the hills in the distance – too far away to get a good view before they disappeared. 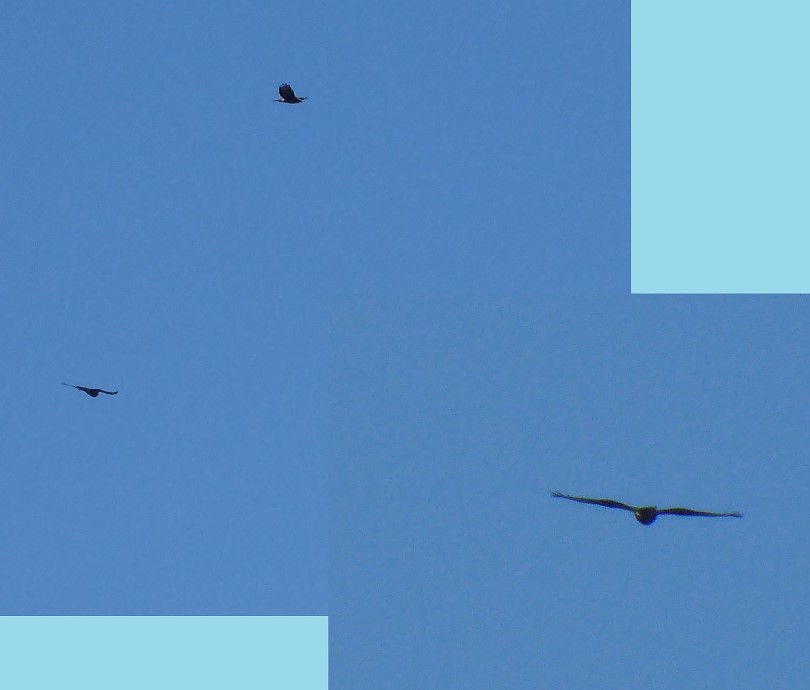 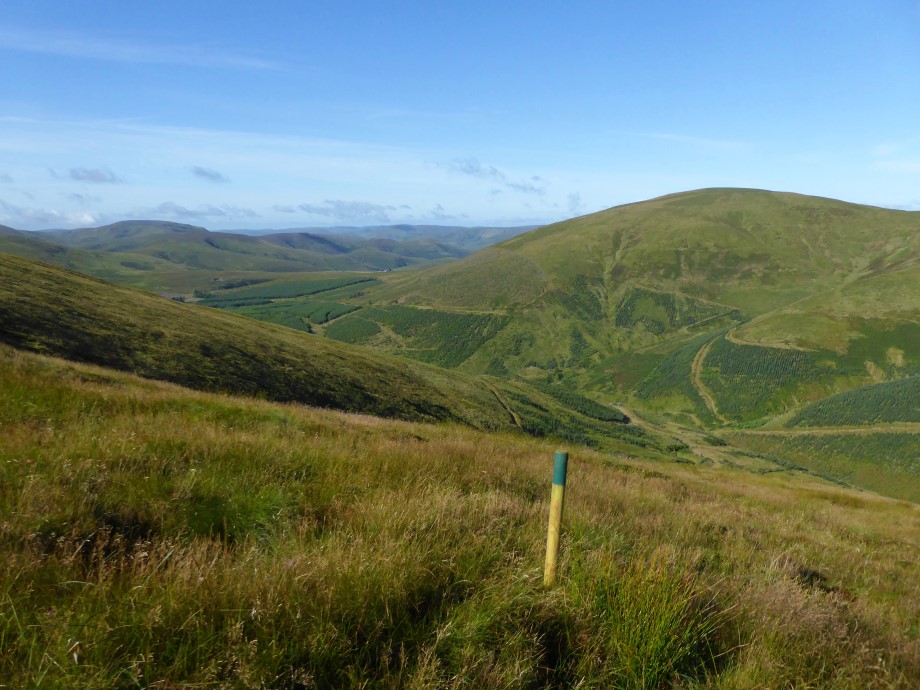 The track took me up and over Muckle Land Knowe. Then just headed north over some boggy ground to get to the summit of Cauldcleuch Head. 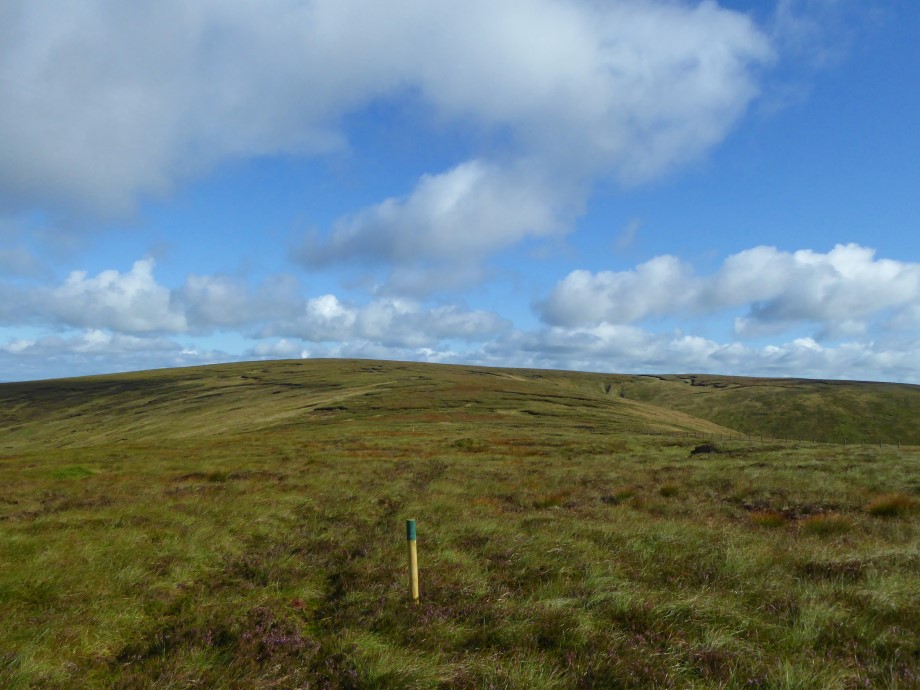 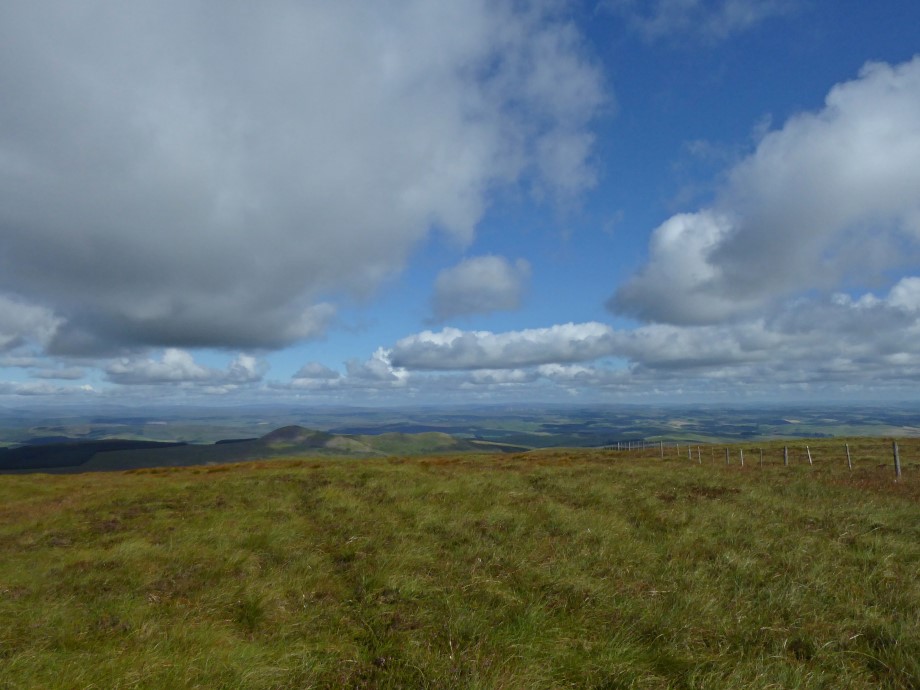 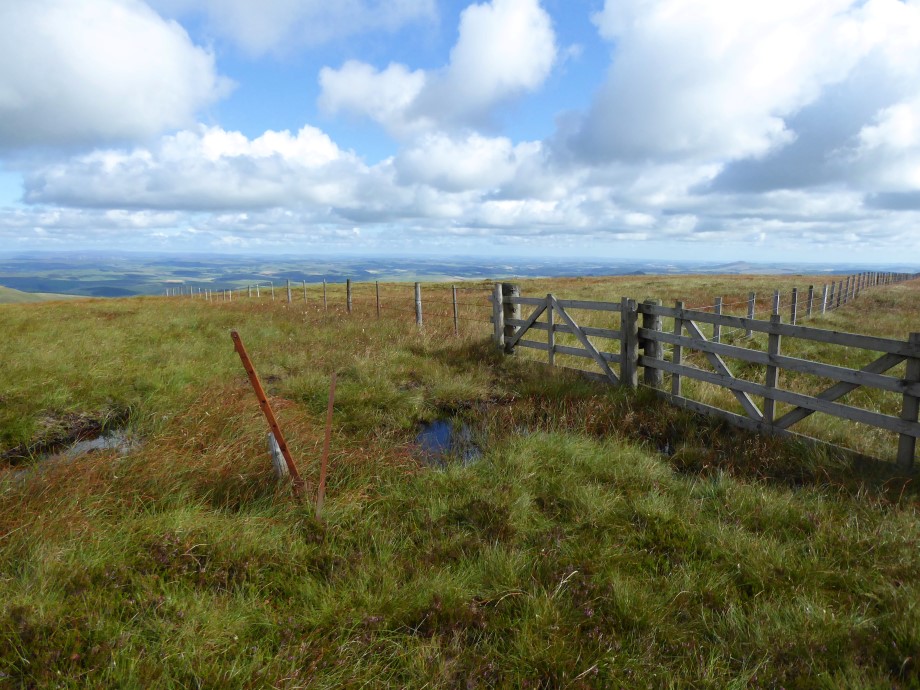 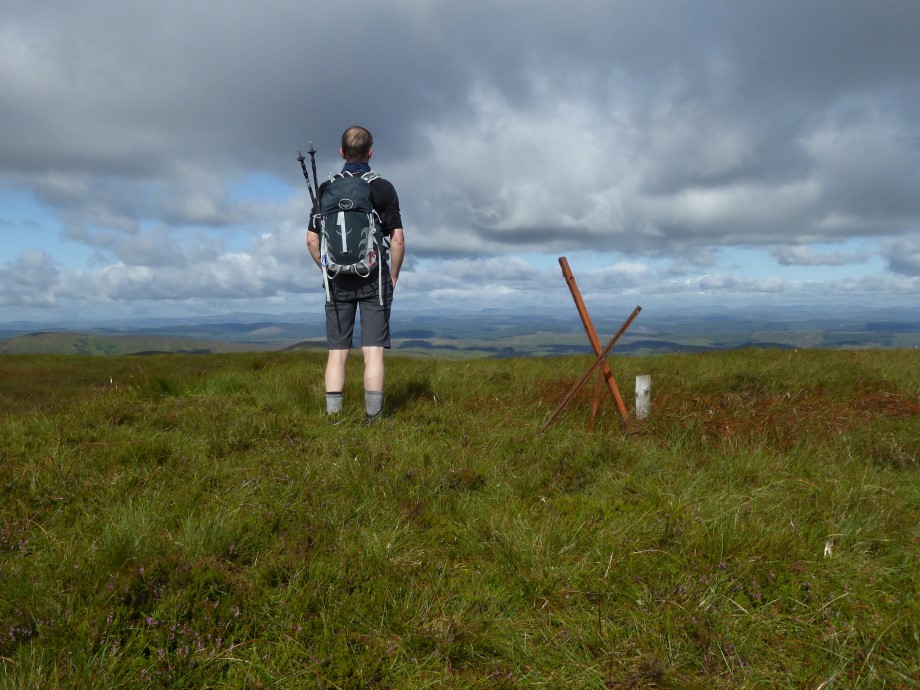 Then back down but this time contoured below Blackgrain Side to get back to the main track – may have been a little shorter but would probably have been easier just to retrace my steps over Muckle Land Knowe. 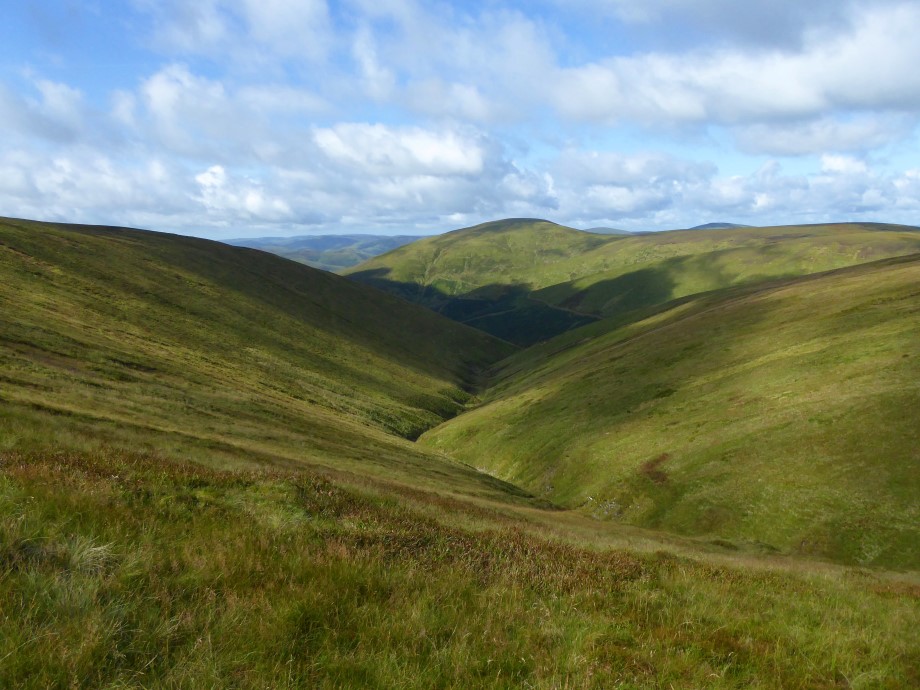 Back to the car in 2hrs 15mins. Got ready and headed off east towards the Hermitage – I had remembered my NTS membership card but only stopped long enough to have a look outside before continuing on towards Jedburgh then Cocklawfoot. 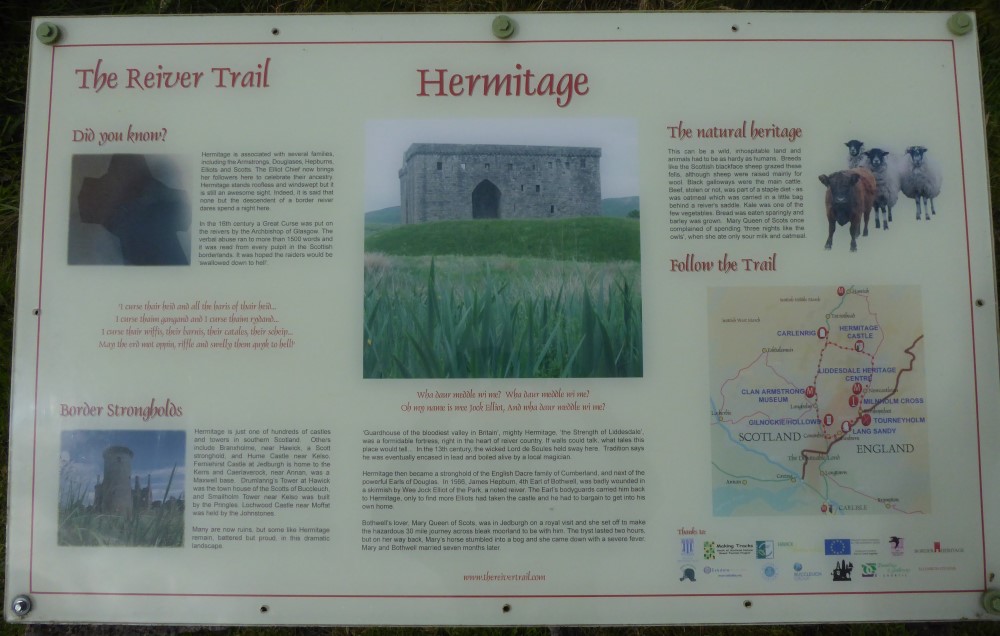 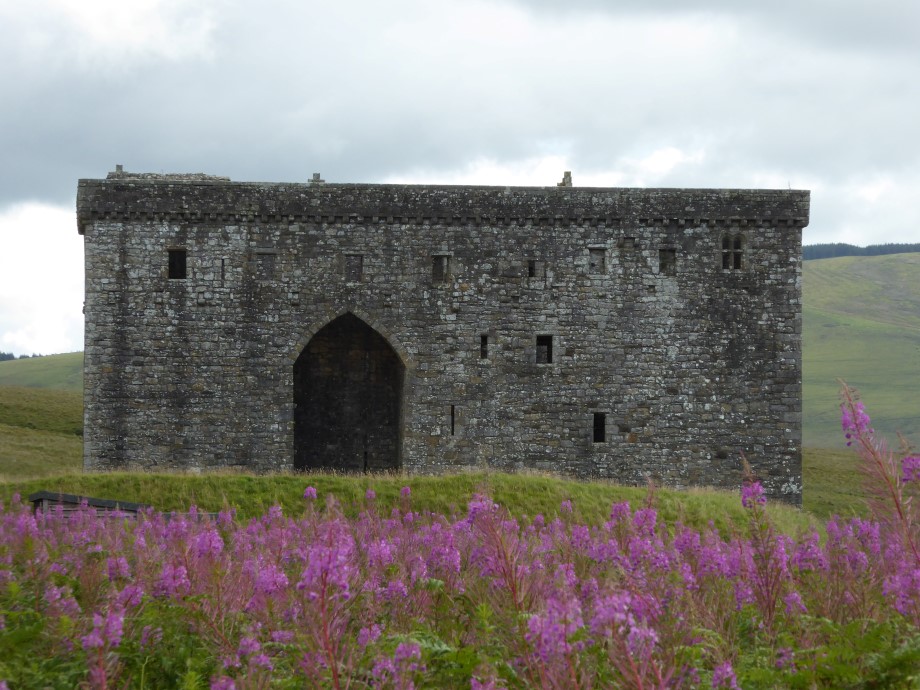 Parked in the fairly busy designated area at Cocklawfoot. One group set off just before me over the bridge towards Cocklawfoot Farm and a second group set off SW towards Kelsocleuch. I had decided to go anti-clockwise so followed behind the second group and caught them up at the farm. There followed a little confusion as to which track to take - the farmer appeared on his quad bike and advised taking the first track to the north of the farm. Continued on this track with the group before setting off ahead on my own through a field then up the path through a break in the trees.

Not long before I reached more open ground 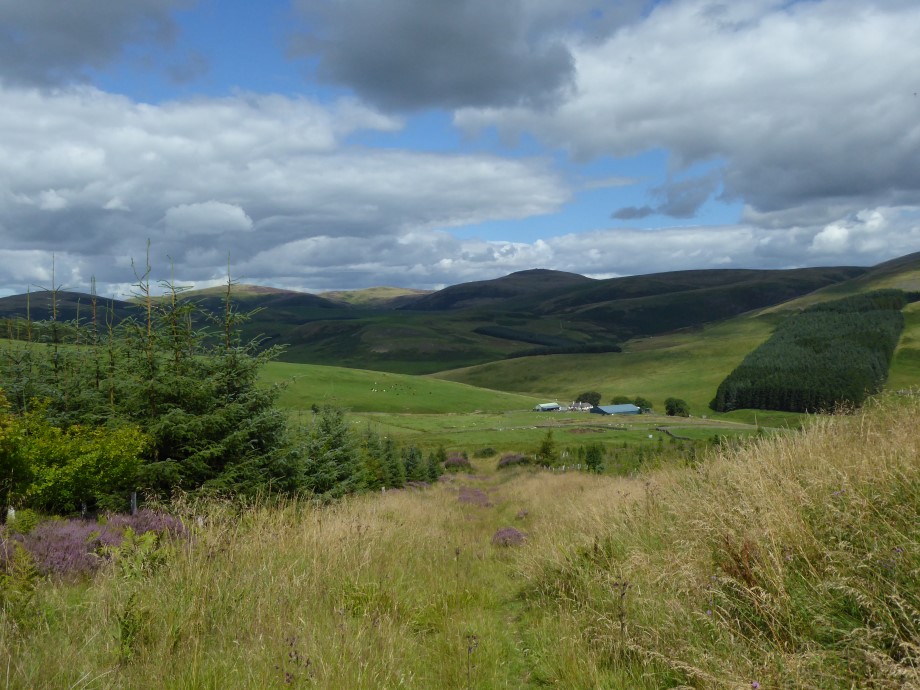 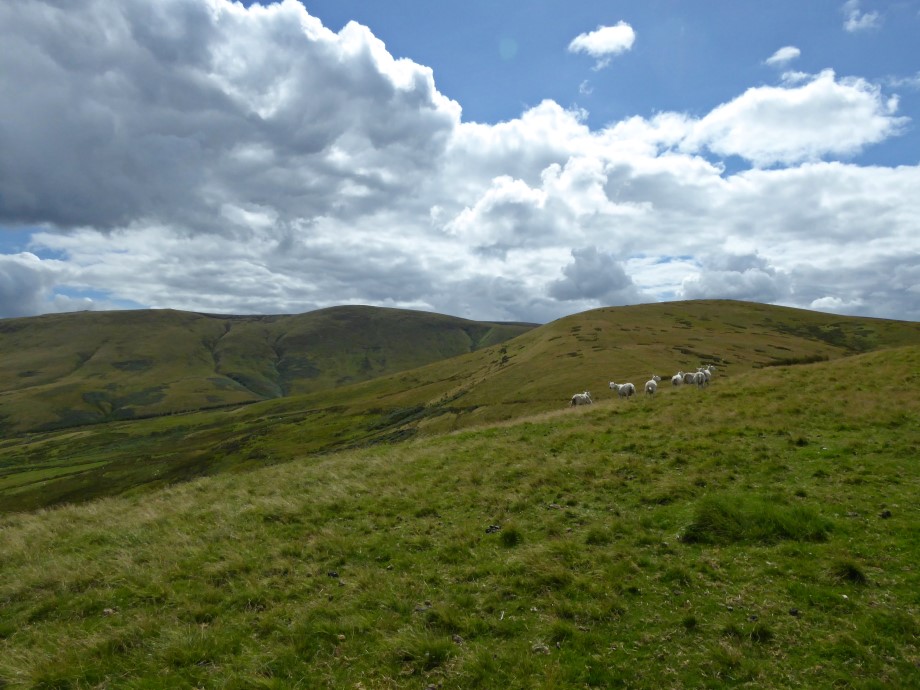 Then it was just a case of following the path south up Windy Gyle. 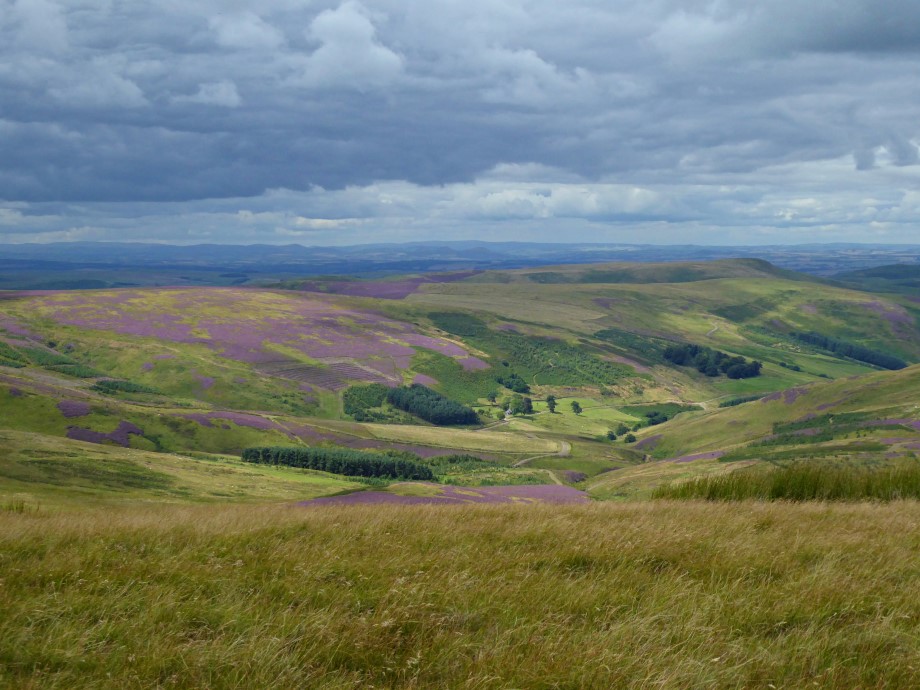 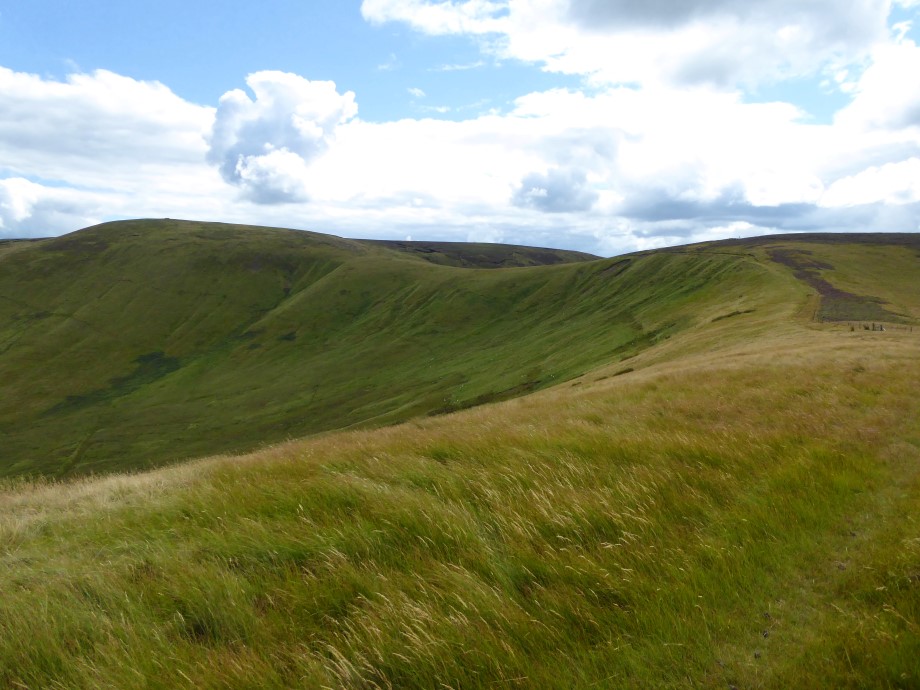 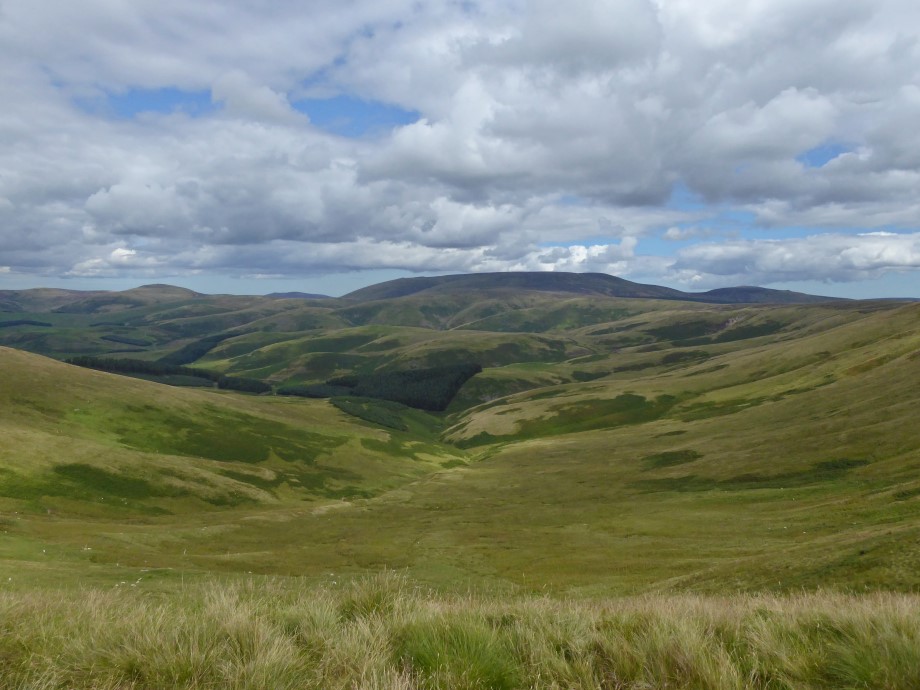 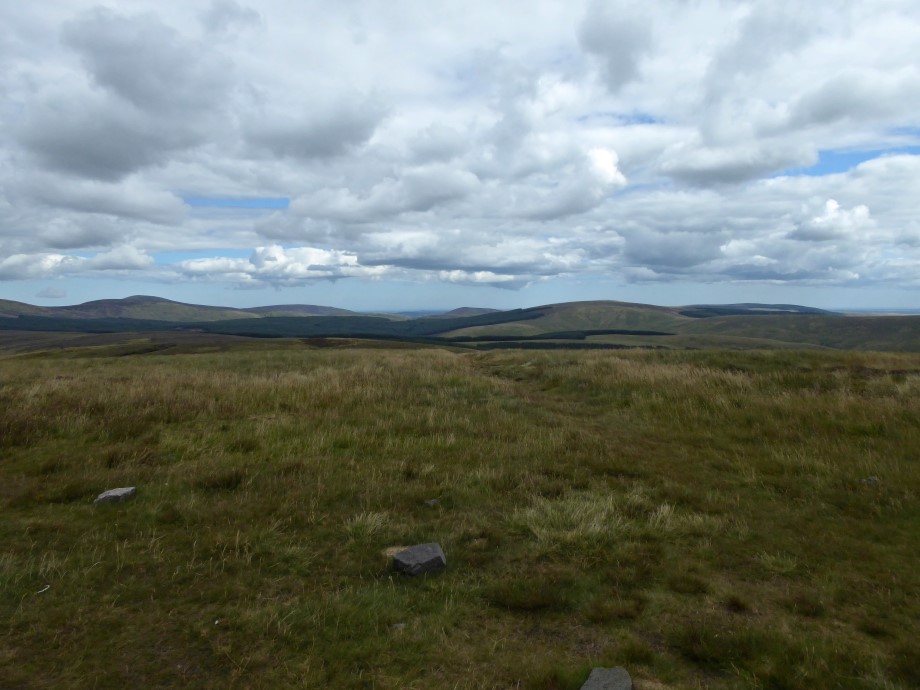 There was a group of mountain bikers resting near the summit. Visited the trig point and stone shelter at the top before stopping for a break and to take some photos. The mountain bikers left just as another couple of walkers arrived from the opposite direction to my ascent route. 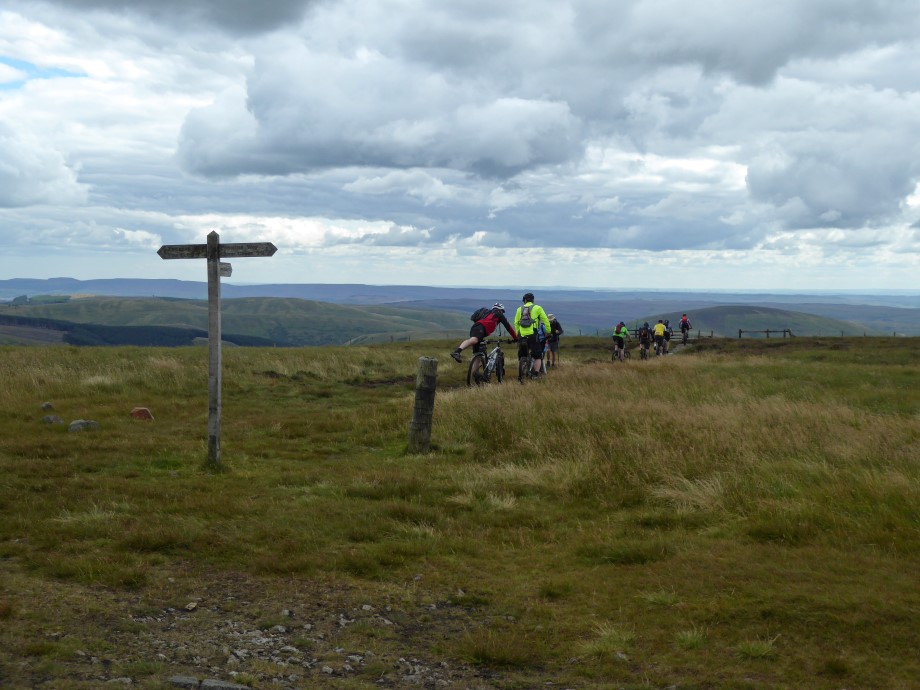 The couple kindly offered to take a photo of me at the trig point and I also took one from lower down. 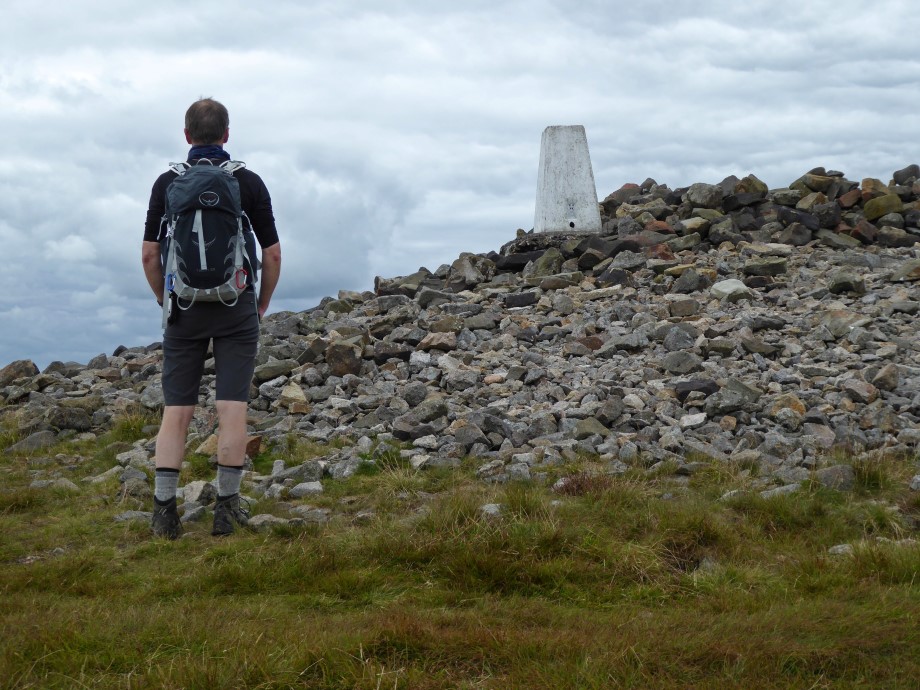 After a wee while, I set off NE to walk the loop back to the car. The group I met at the start arrived just as I was leaving. More cairns en route. 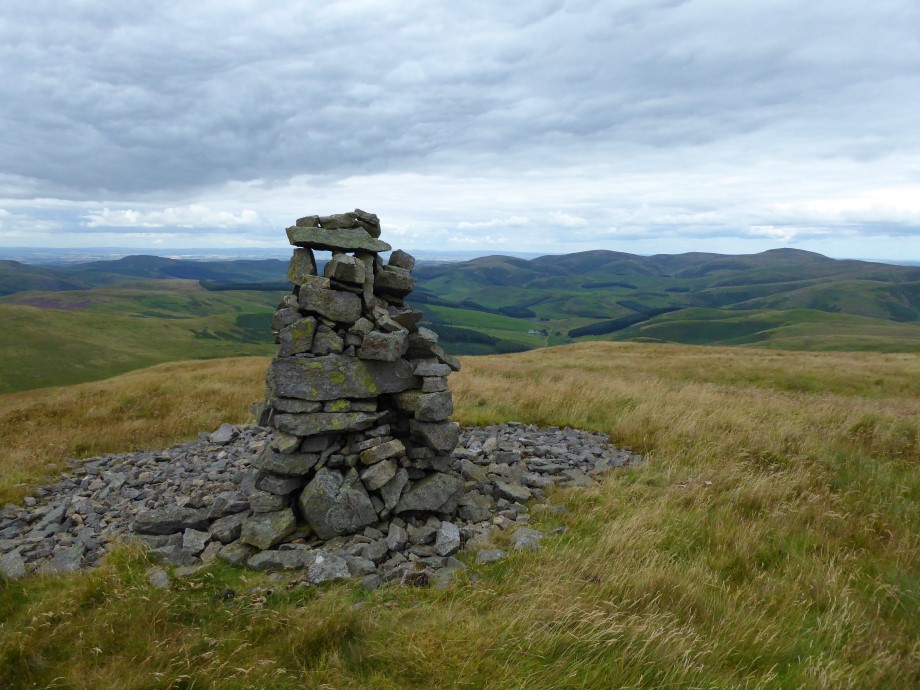 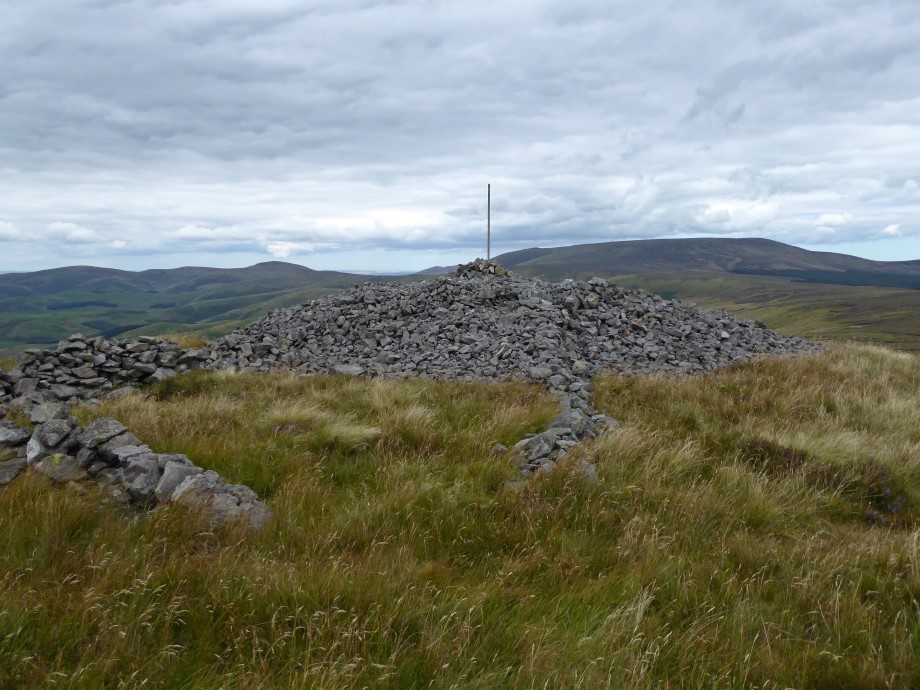 How to avoid the boggy bits 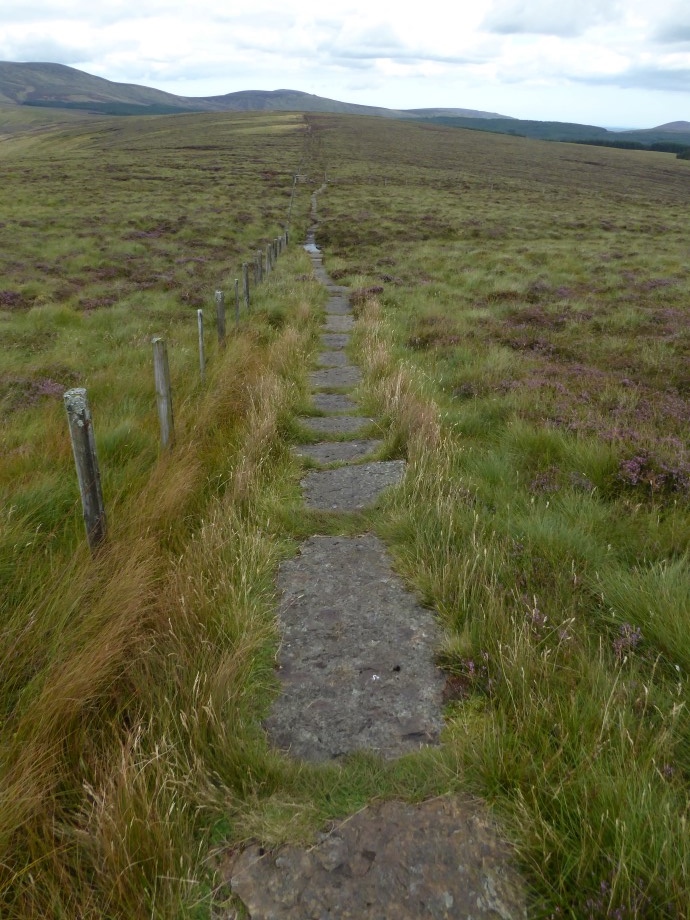 Turned left at the signpost to Cocklawfoot Farm 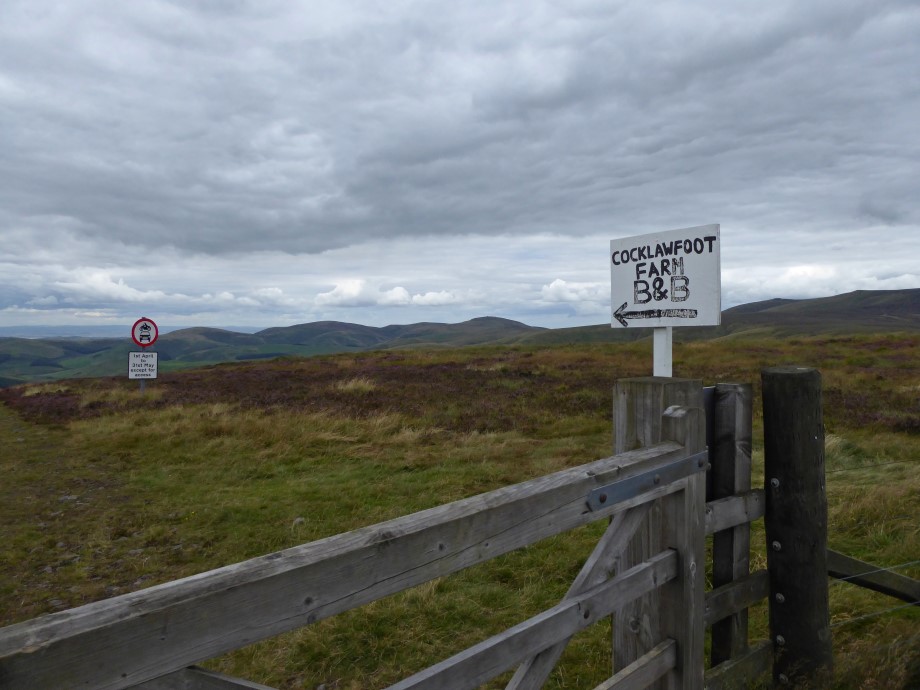 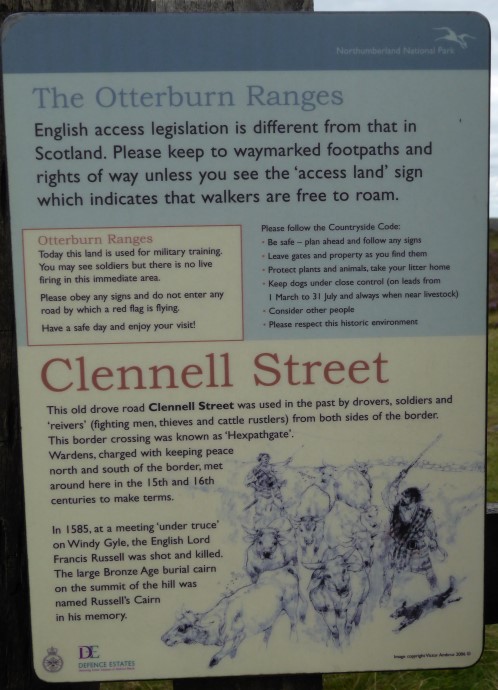 Then just followed the track back to the car 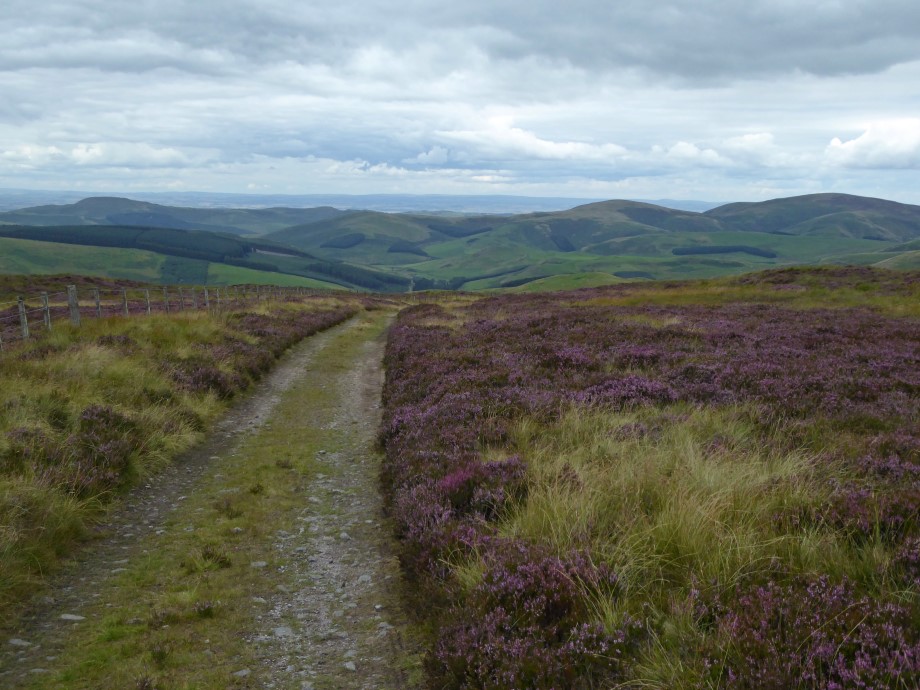 View towards the outward part of the walk 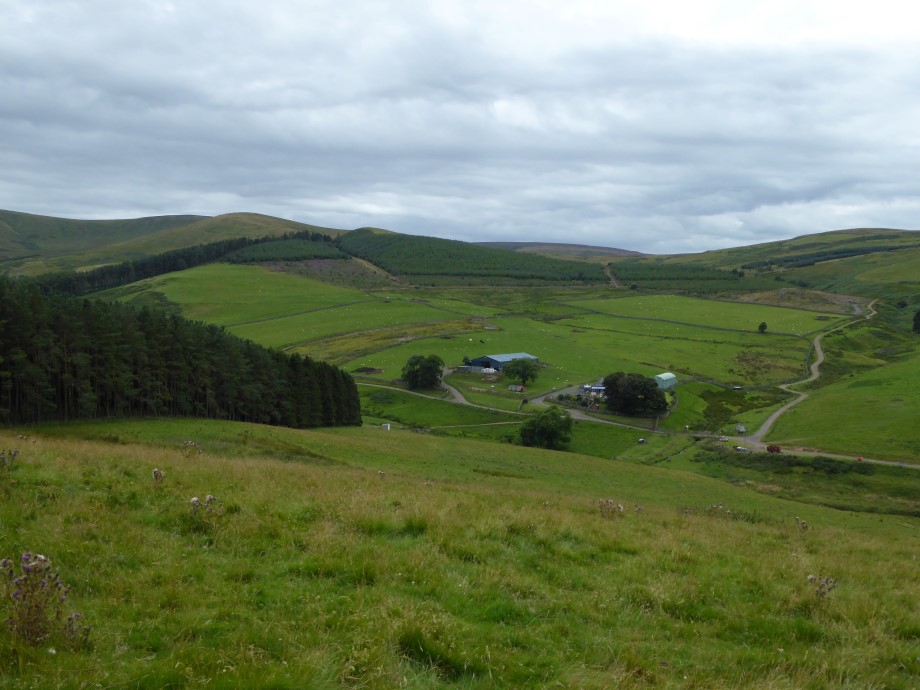 Back at the car, got ready and set off for the drive home. The weather hadn’t been quite as good as forecast but had been sunny at times and dry so no complaints.


Cauldcleuch activelog 13aug2017.gpx Open full screen  NB: Walkhighlands is not responsible for the accuracy of gpx files in users posts

Cauldcleuch Head looks pleasant enough in your photos, but was definitely on the wrong side of the driving/walking time equation for me. One of the few times when I wondered why I was list bagging

.
Cauldcleuch Head looks pleasant enough in your photos, but was definitely on the wrong side of the driving/walking time equation for me. One of the few times when I wondered why I was list bagging

.
Cauldcleuch Head looks pleasant enough in your photos, but was definitely on the wrong side of the driving/walking time equation for me. One of the few times when I wondered why I was list bagging

With your penchant for long walks, you could do 5 or 6 in a winter's day, though it is a bit hard motivating yourself in and out of the car so often. You just need a copy of THIS. Oh, and CONGRATULATIONSagain.

Congratulations on getting the Donalds done. Time to concentrate on the Corbetts once more