Wet feet but avoiding the monsoon on Creag Uchdag

Wet feet but avoiding the monsoon on Creag Uchdag


Searching the country for a decent forecast with my friend David we settled on the Corbett Creag Uchdag. It was in the small pocket of the country not forecast for torrential rain, was within easy reach of both Glasgow and Edinburgh and should be quick enough to fit in before the torrential rain battering everywhere else arrived at about 2ish

Everyone was running late but we met at Dunblane and travelled together to Glen Lednock. The car parking area was busy but we found a spot, booted up and set off. Everybody else seemed to be climbing Ben Chonzie as we didn't see another soul all day 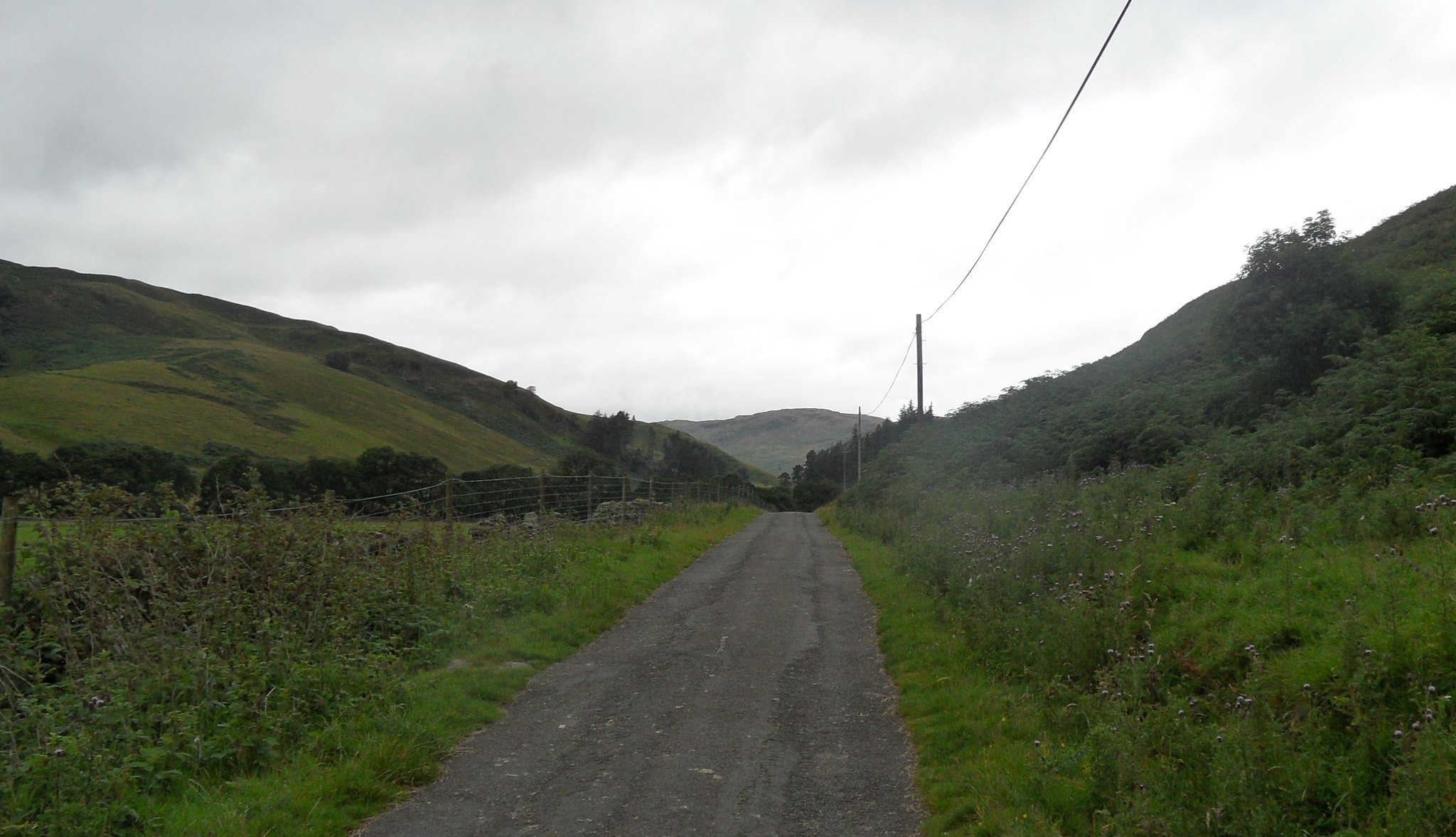 We followed the road chatting away and were soon at the dam. It was an impressive structure and David wanted to climb across it 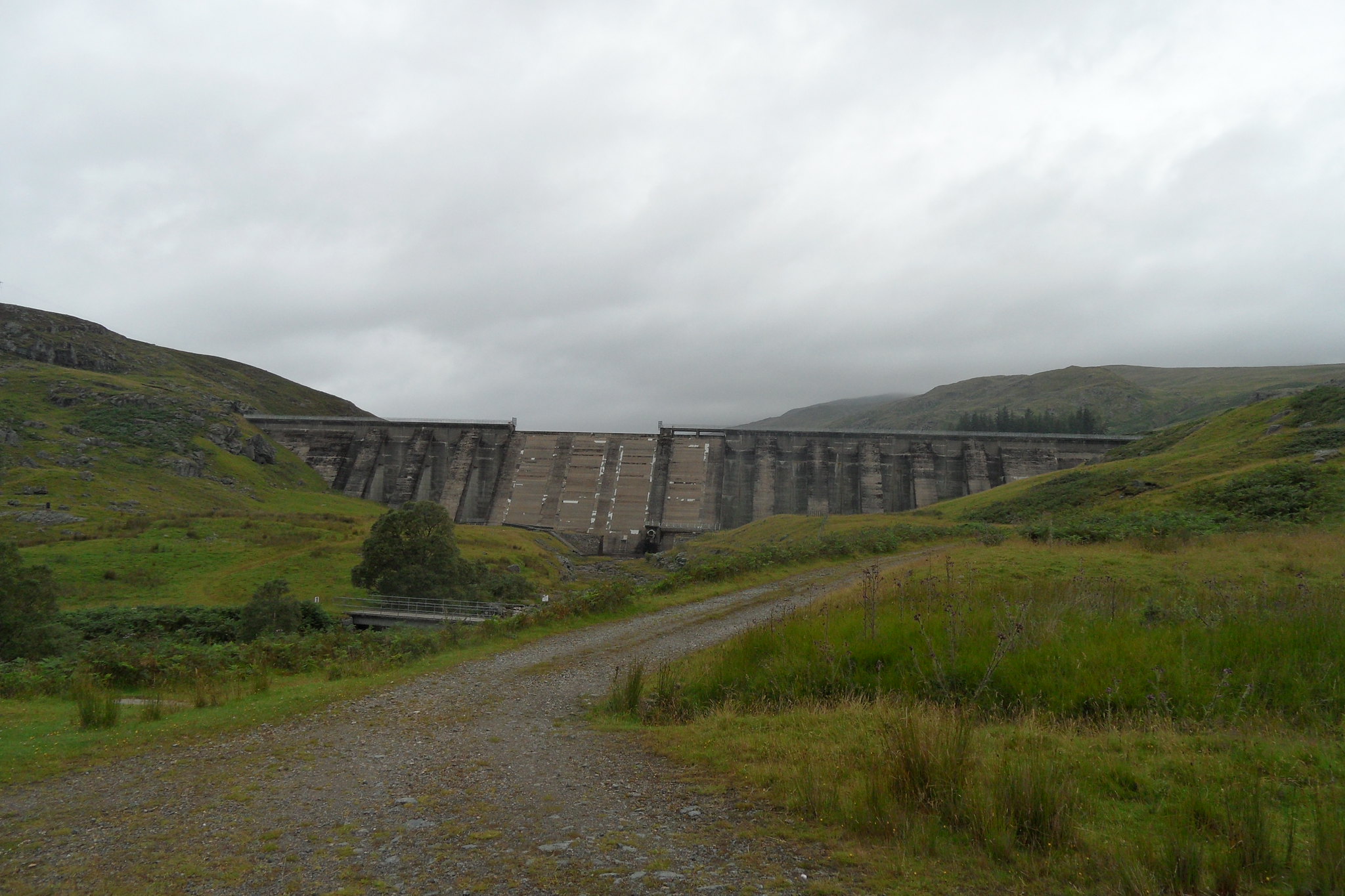 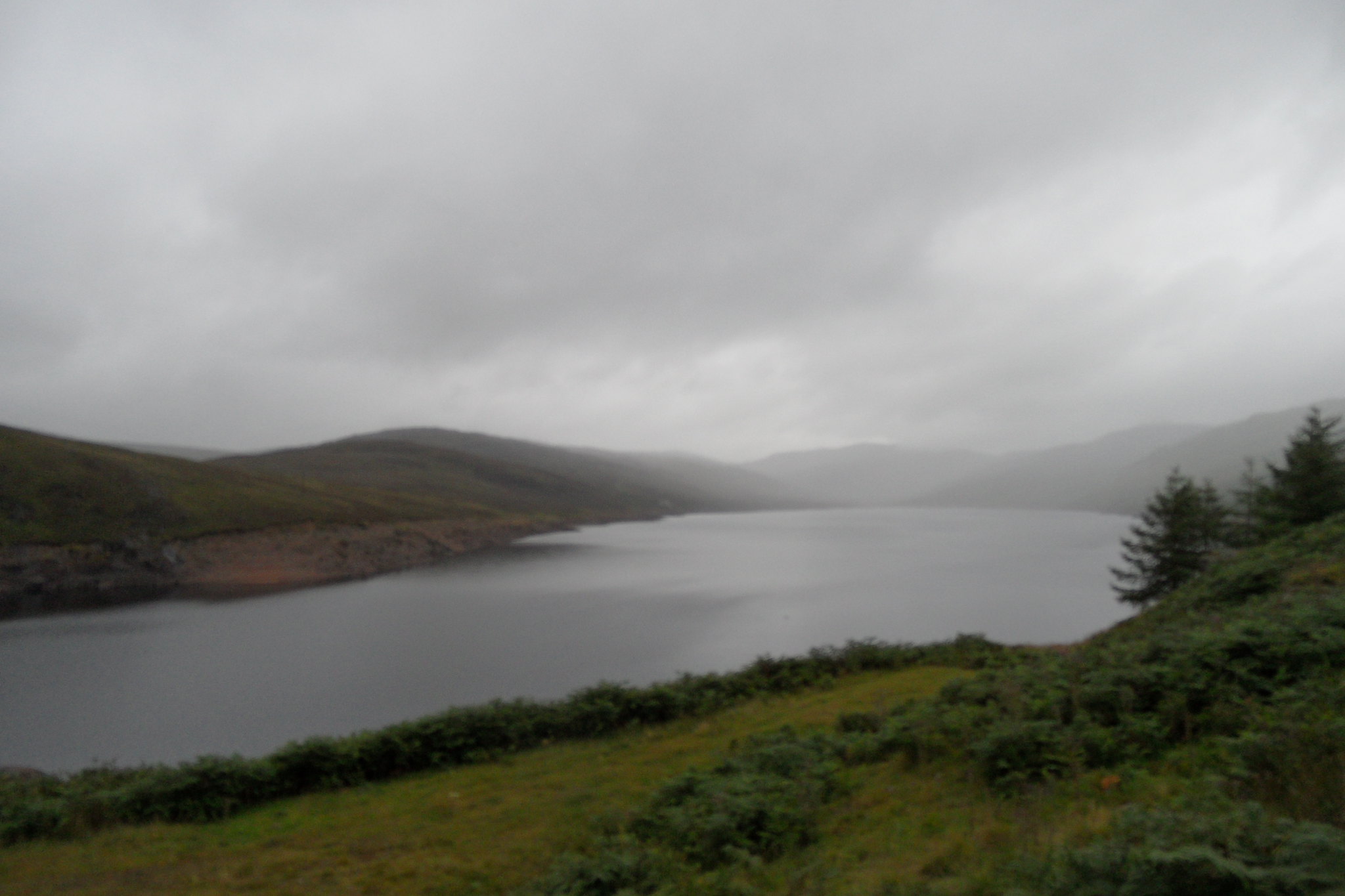 Dam-climbing aborted, the road led us to a track which led us steeply uphill towards the ridge. It started raining during this ascent and waterproofs were donned.

Looking back down towards the dam 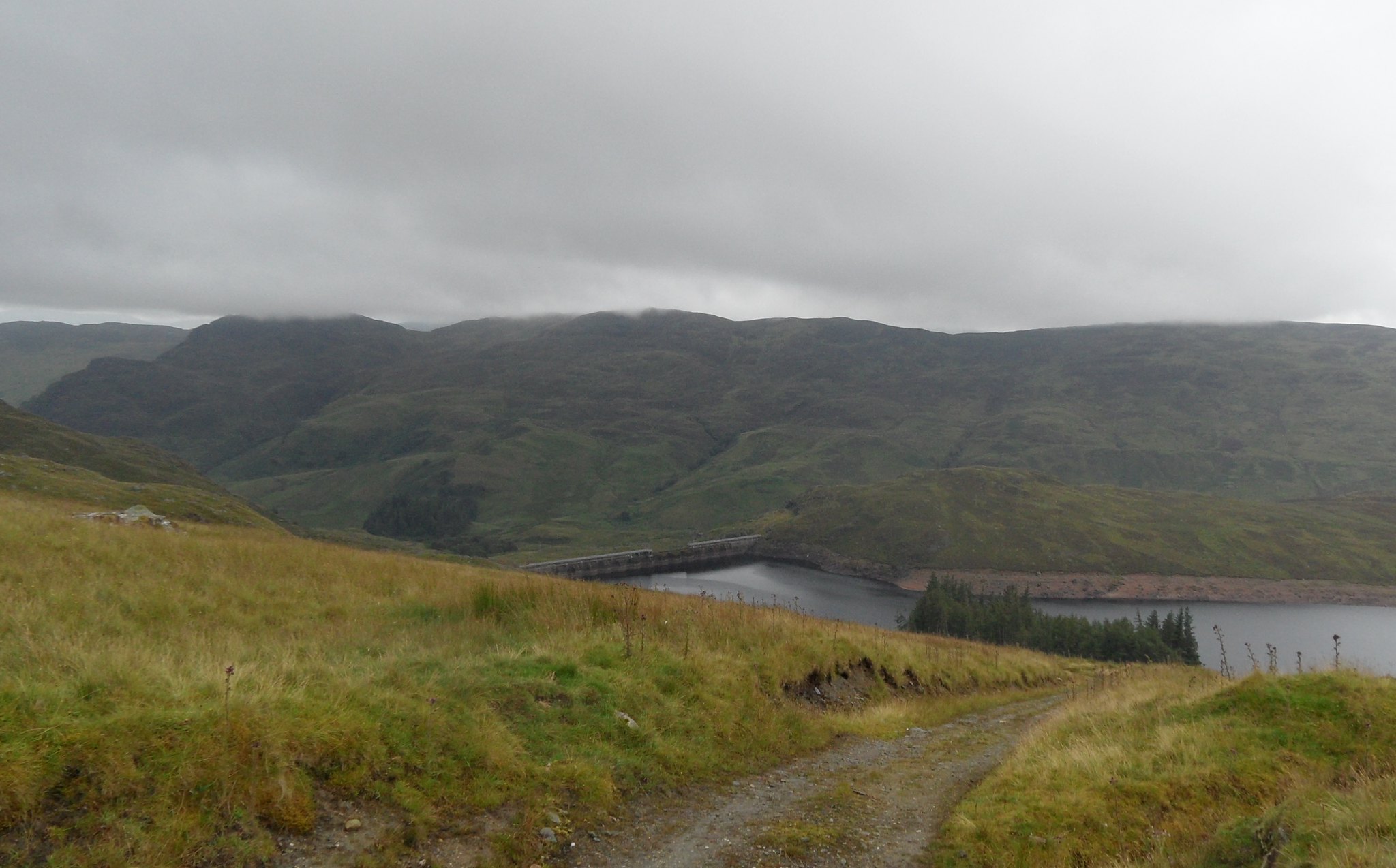 The track crossed a burn and became a very soggy ATV track. Visibility was down to very little as we made our way across bog. 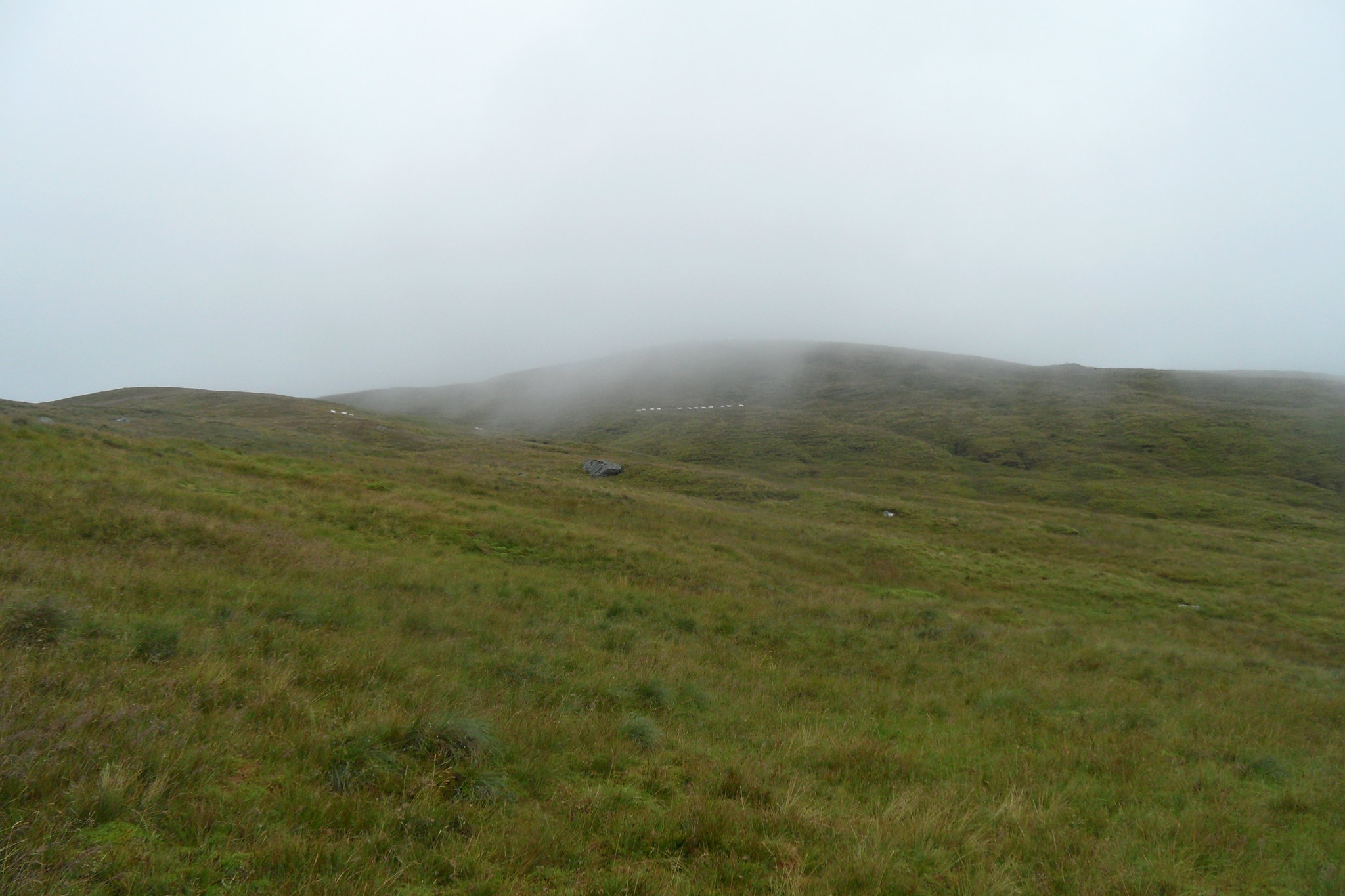 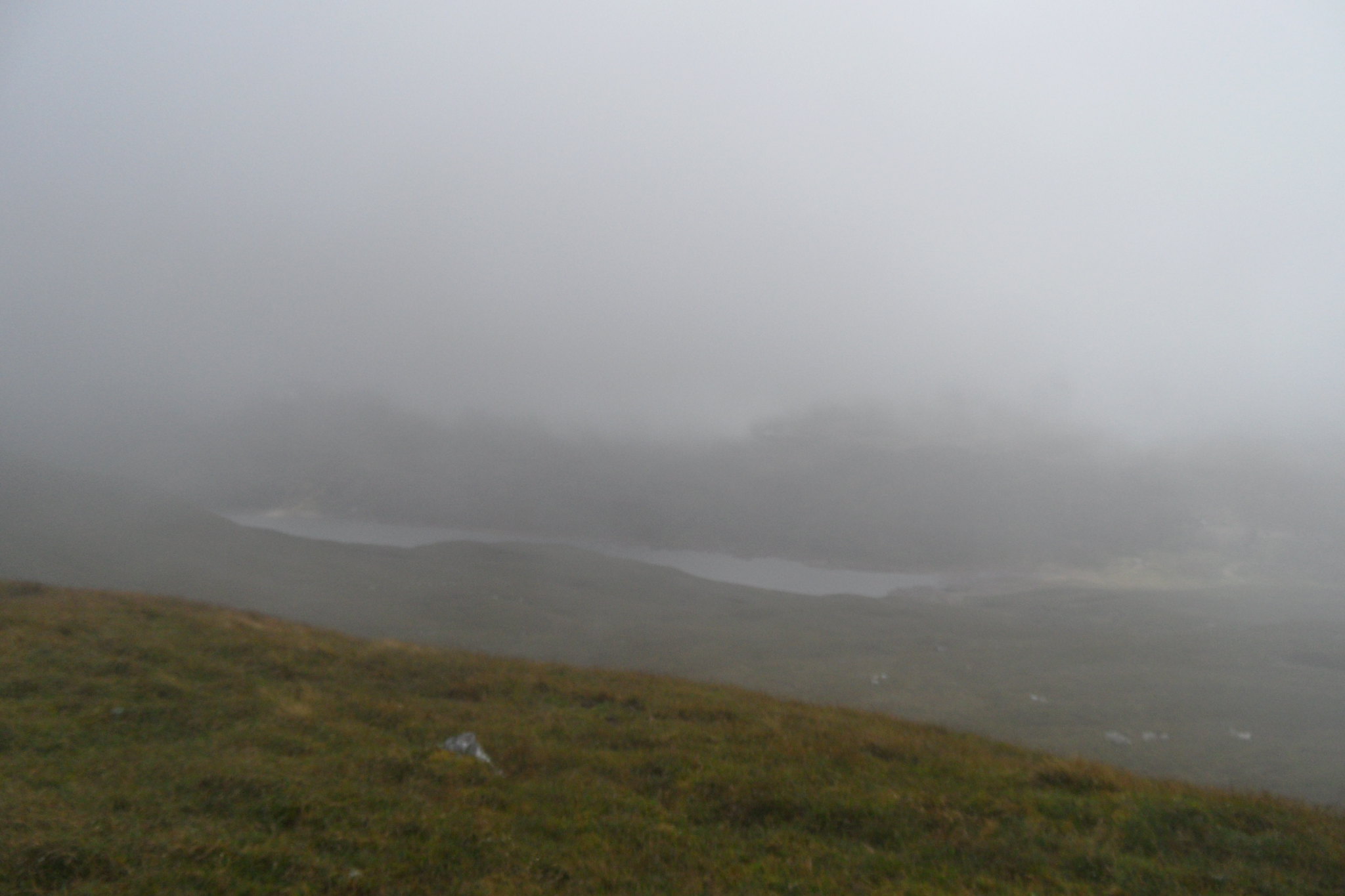 We were enjoying the banter a bit too much that overconfidence of following a track had set in. We needed to climb upwards….very little diversion was needed and we were back on the ridge. Climbing up and over Meall Dubh Mor we followed the ridge downwards and then were at the final climb to Creag Uchdag. It was actually a really nice wee ridge up to the top, narrowing a little. 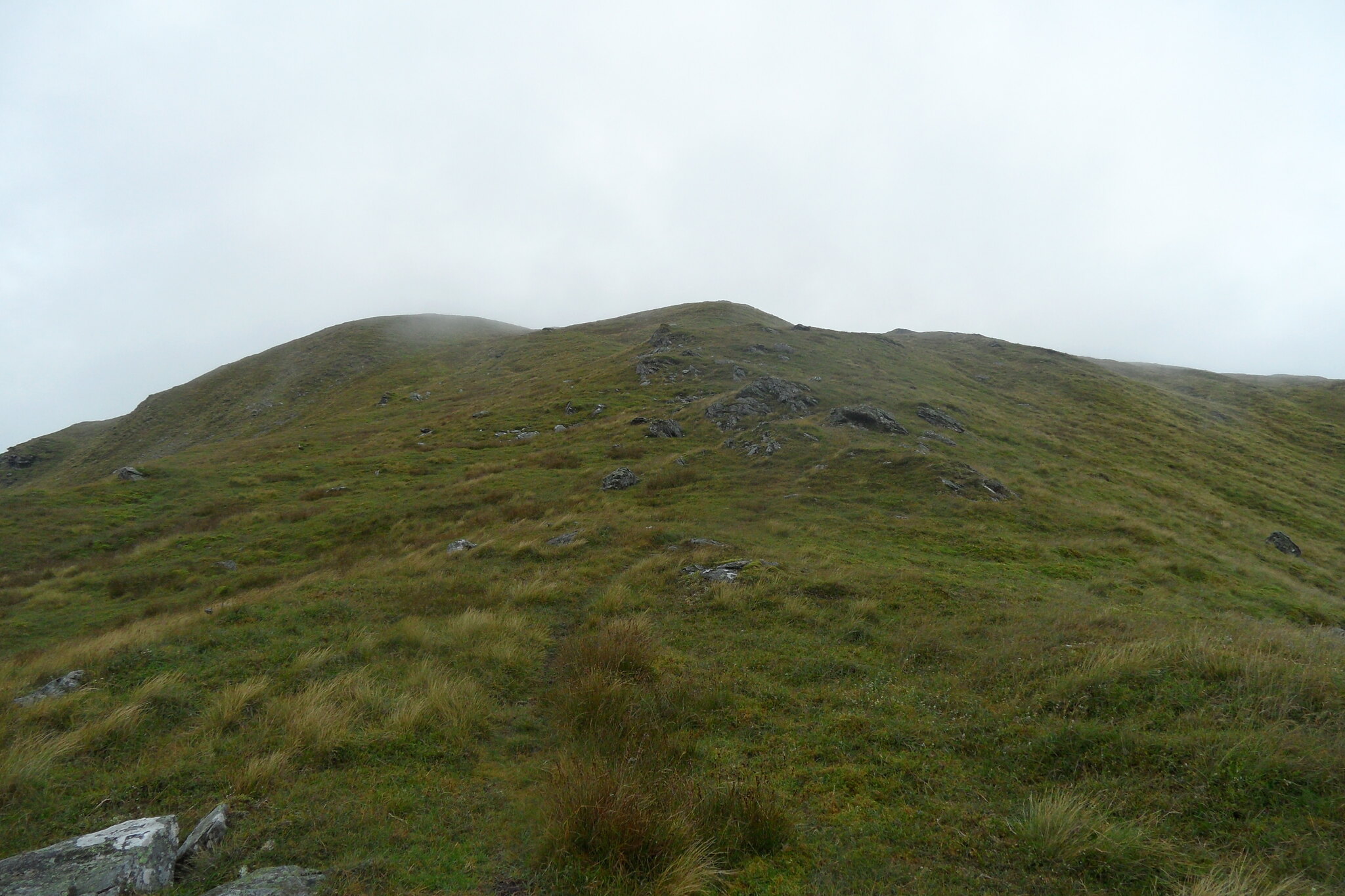 Then we saw a trig point! It was very windy and cold and there were no views, so we took a few photos quickly…. 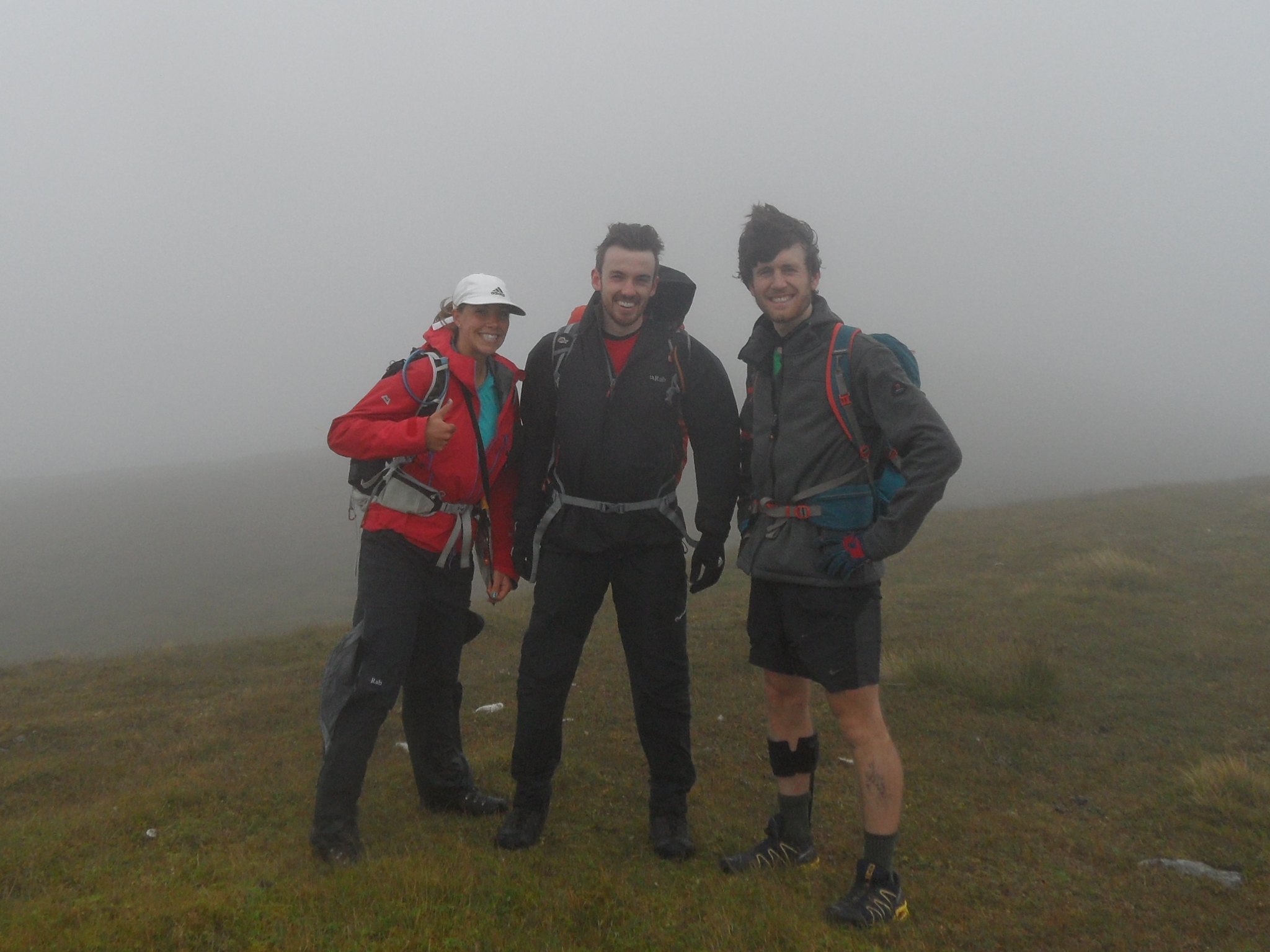 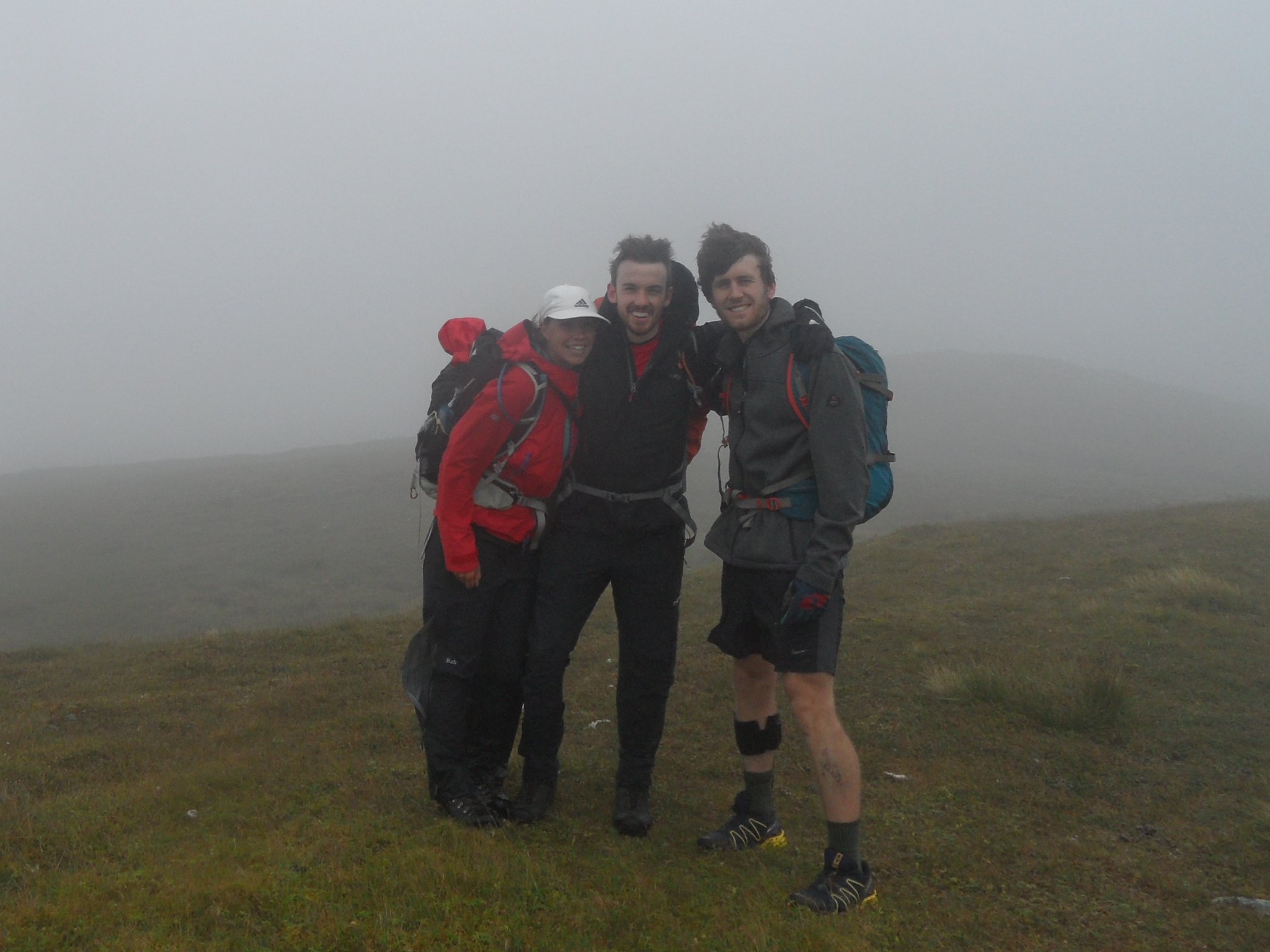 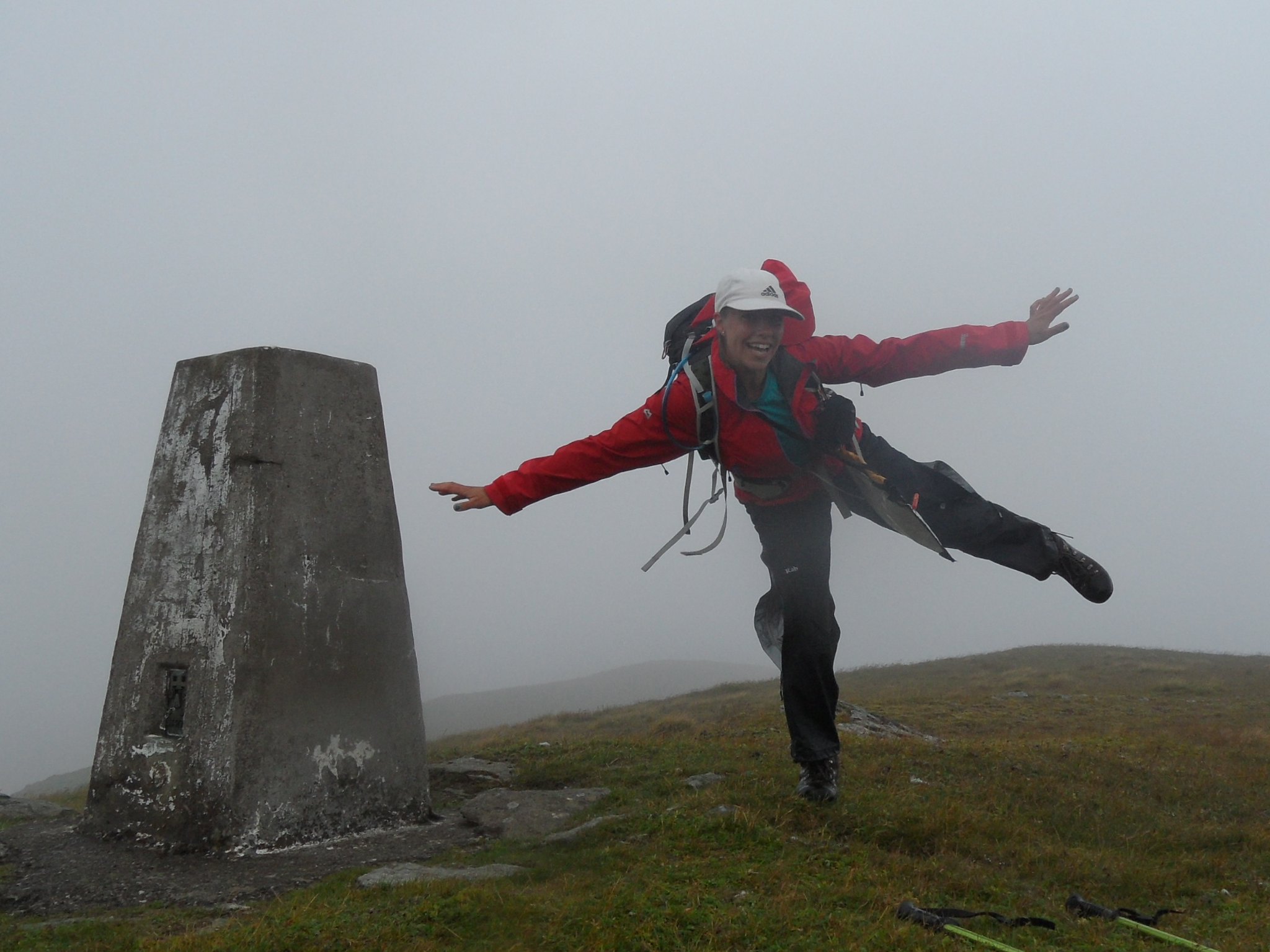 …before finding a sheltered spot for some lunch where we devoured some sandwiches and we had a laugh quoting The Big Man. I think it was one of those things where you had to be there

The clouds did clear a little and we had some views 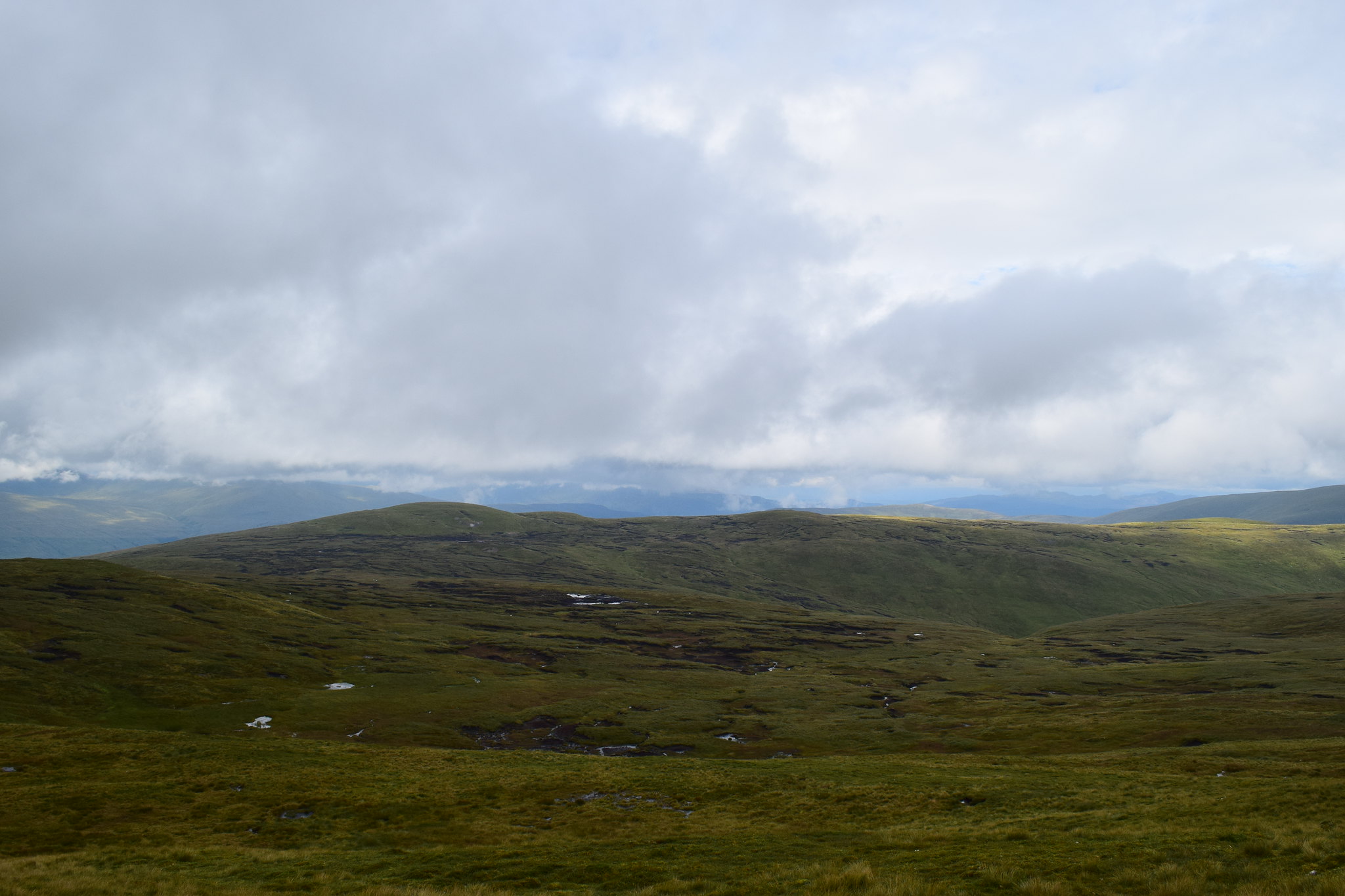 I think this is towards the Glen Lyon hills 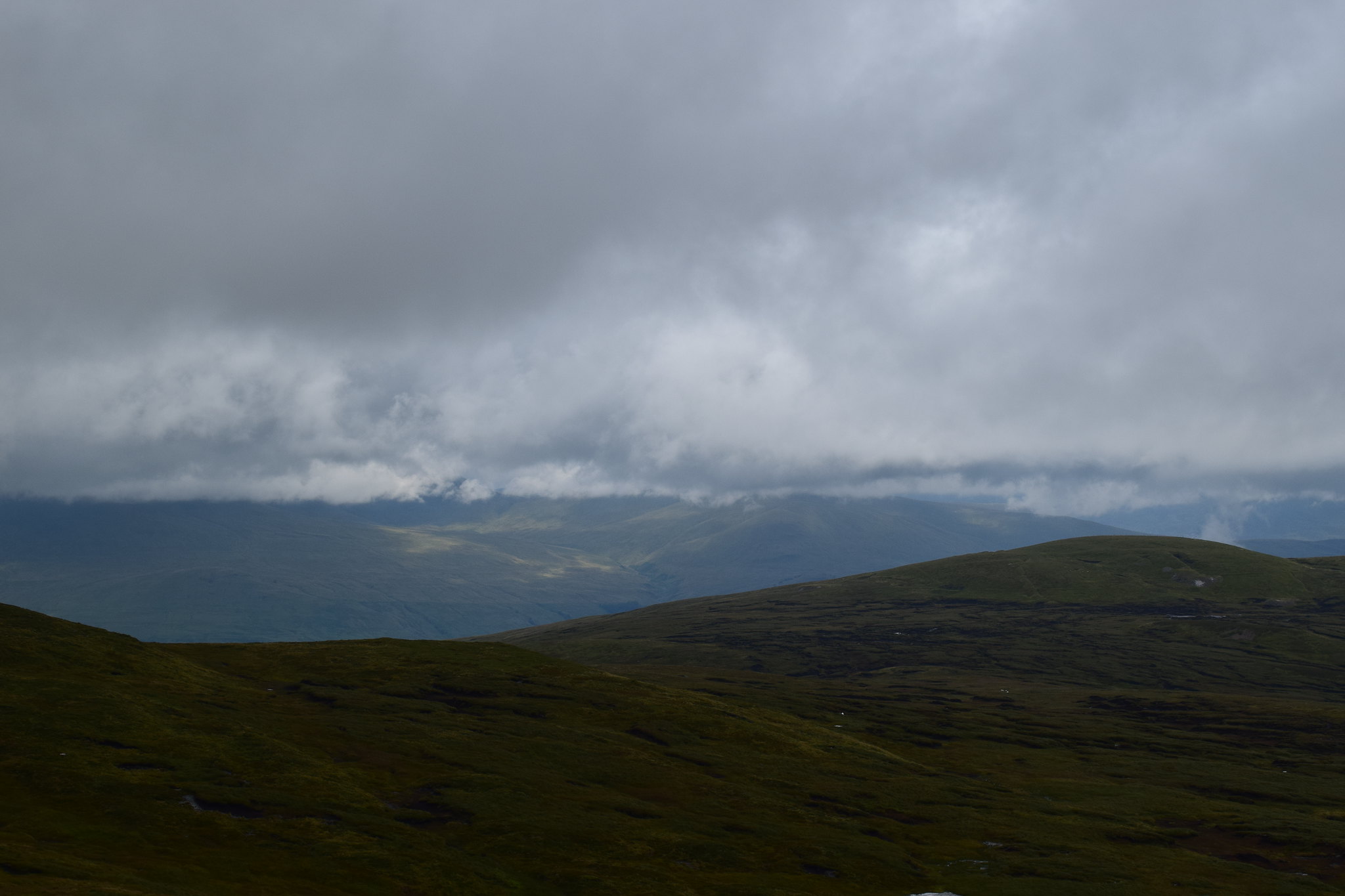 The boys researching The Big Man 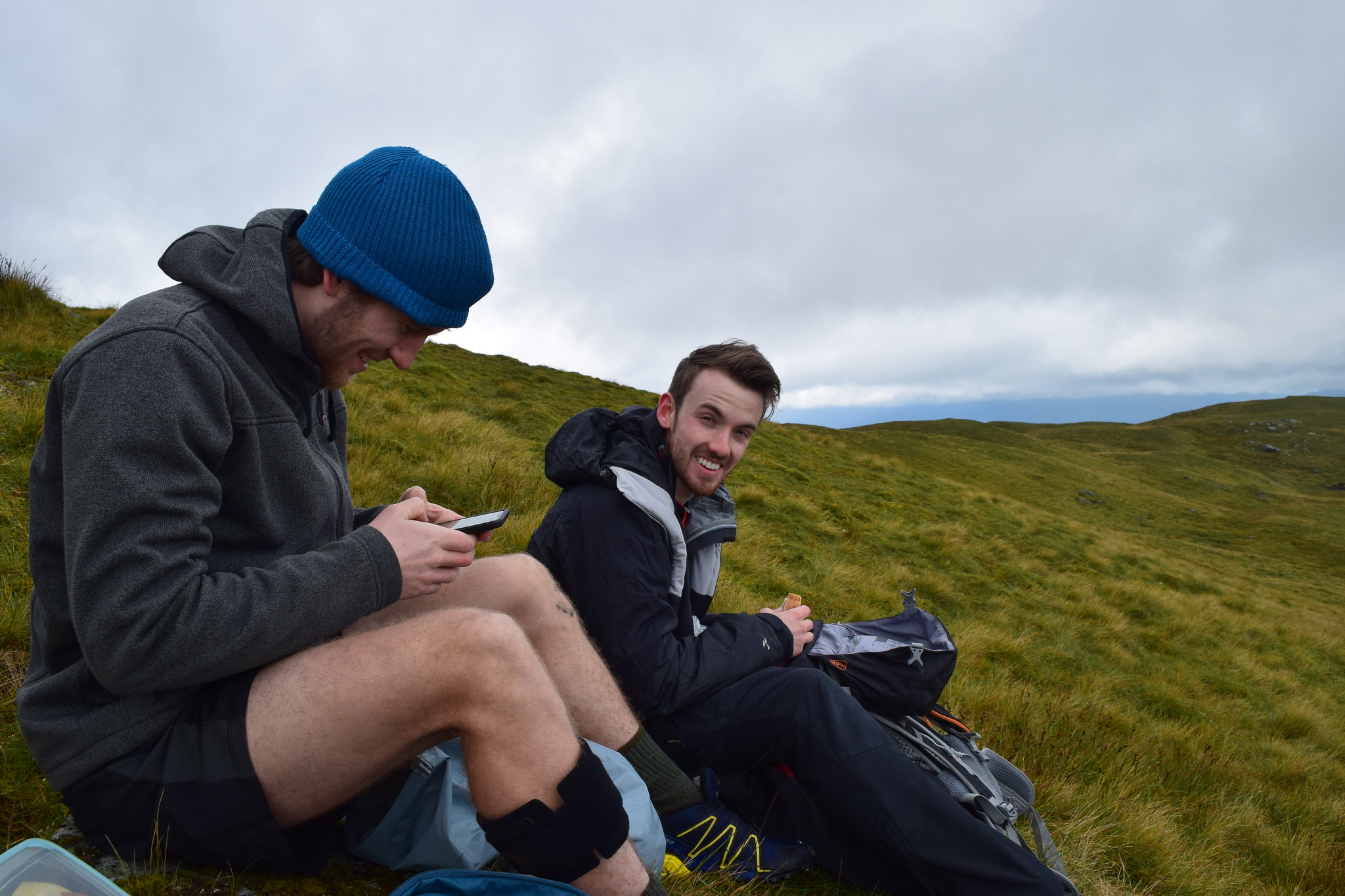 Lunch finished, we headed back to the summit where there had been some cloud clearance there too! Loch Lednock was now visible! 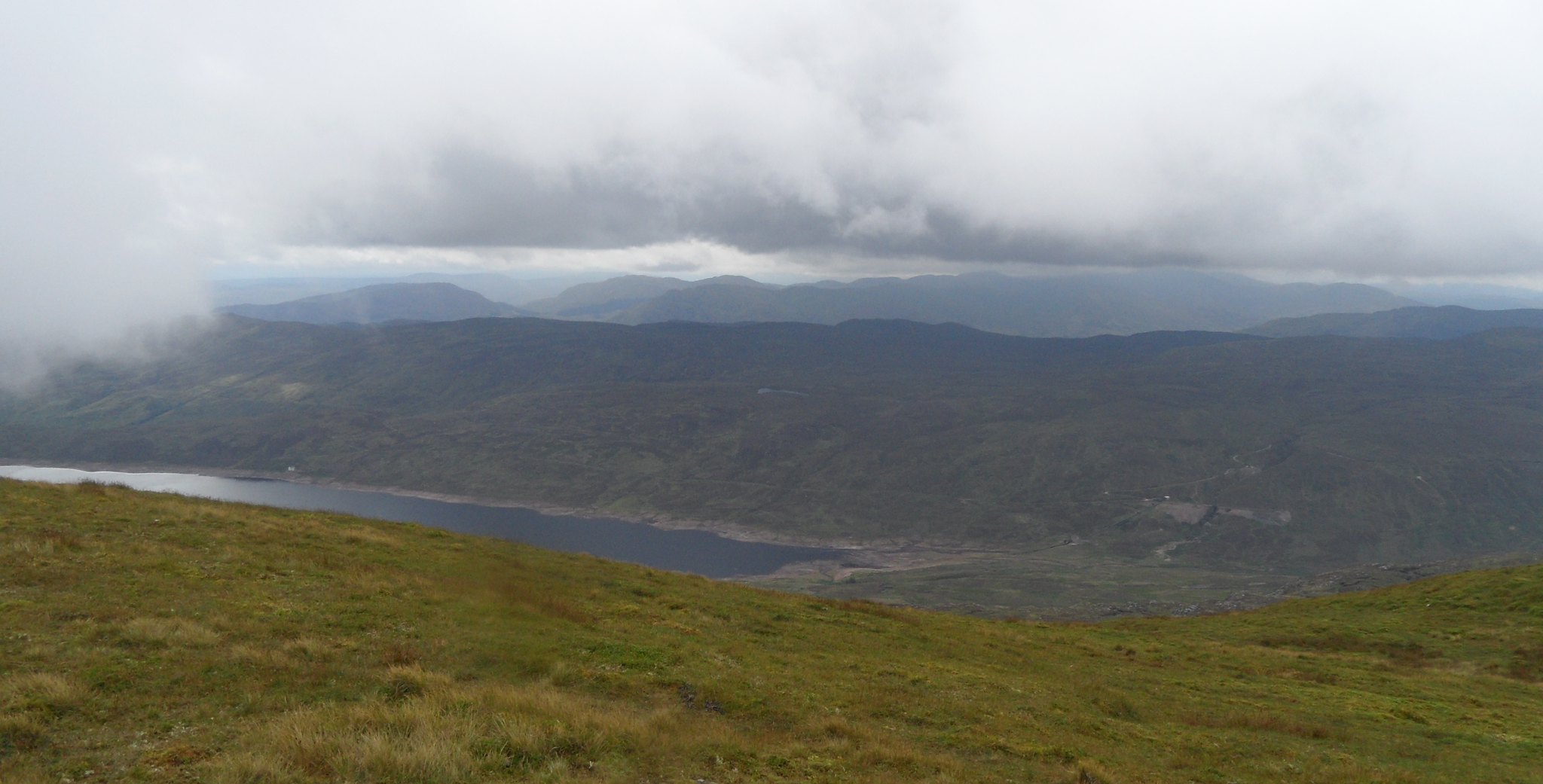 Looking back to the trig point 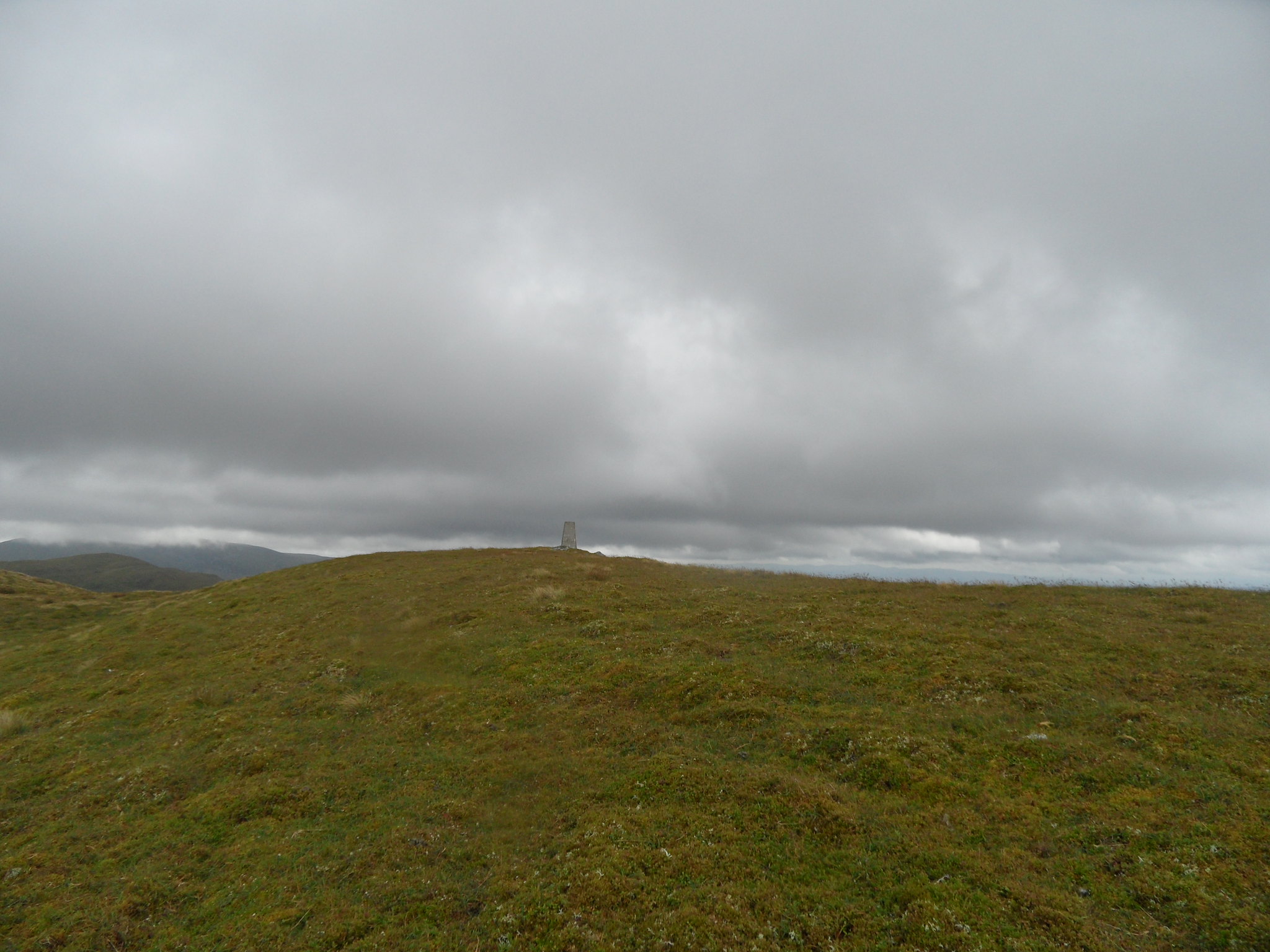 We dropped back to the bealach before headed downhill towards the reservoir. It was steep downhill and we were all slipping around a bit.

The boys heading down 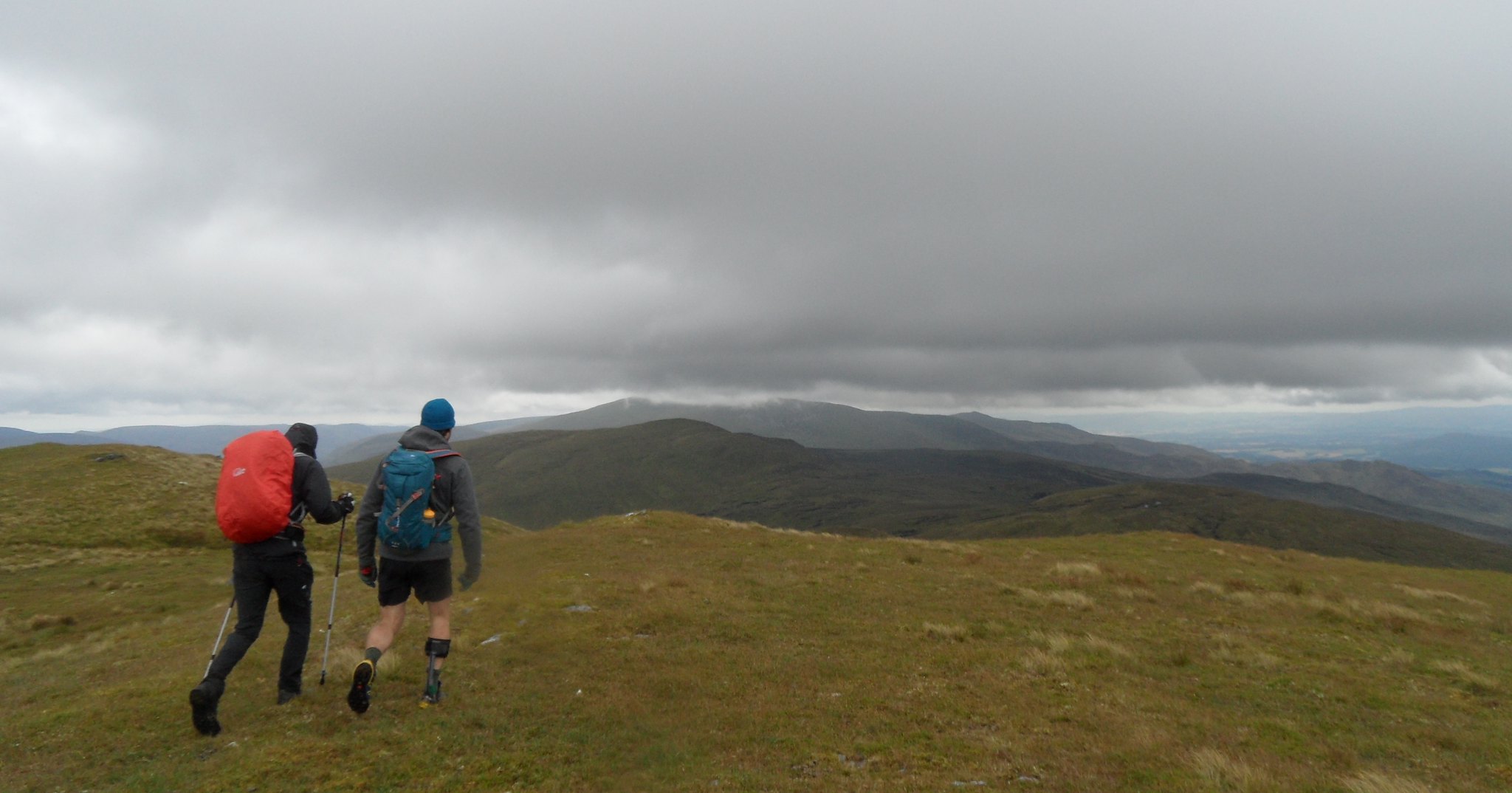 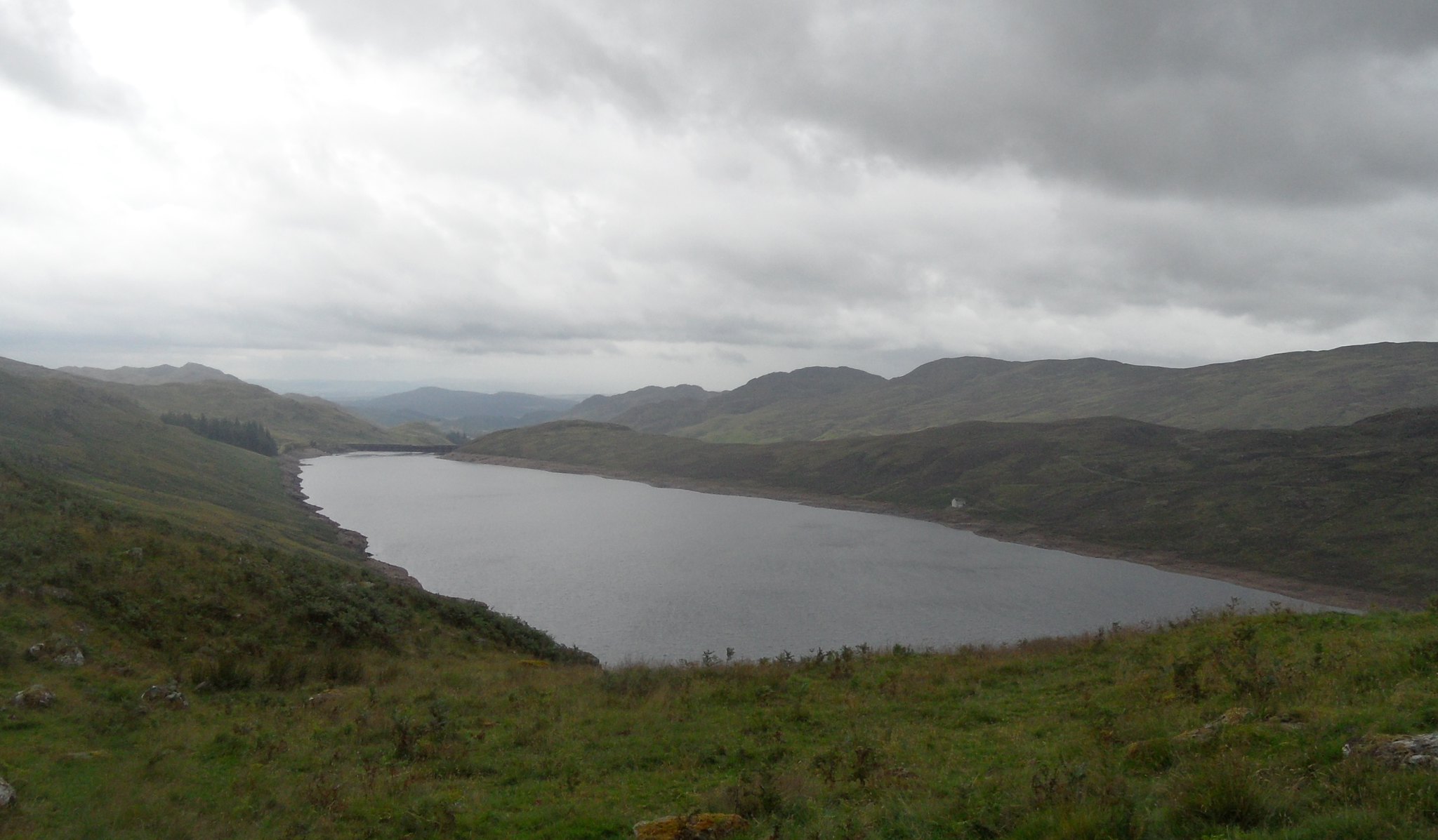 Reaching the reservoir it was slow going along the “beach”. Fortunately most of the rocks had dried off but care was required as we picked our way through the boulders. 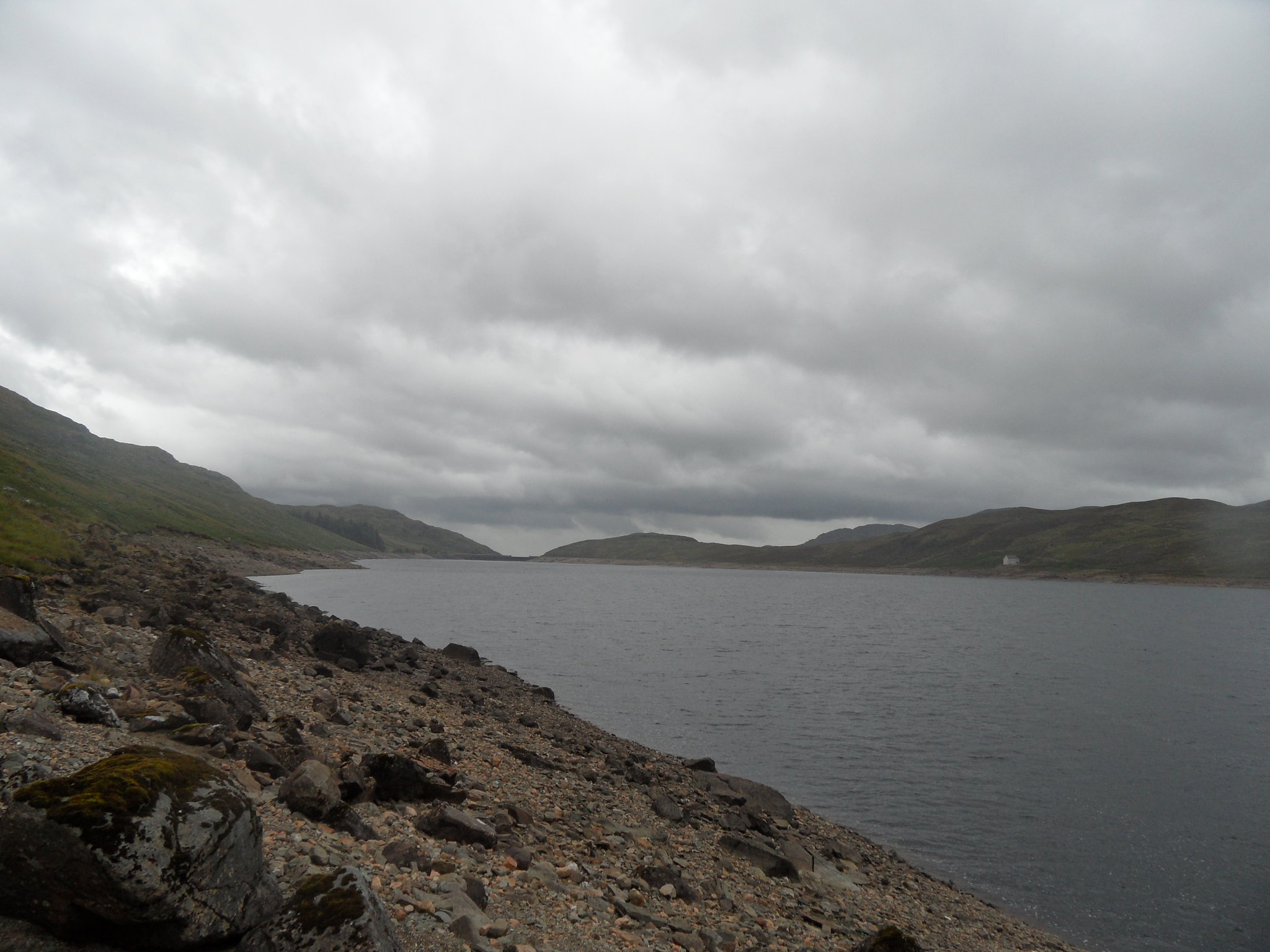 It had turned out to be a relatively nice day so far! Finally at the end of the reservoir we picked up a track and met some sheep. For some reason the sheep seemed on edge and one of them seemed so keen to get away that it ran straight into a gate 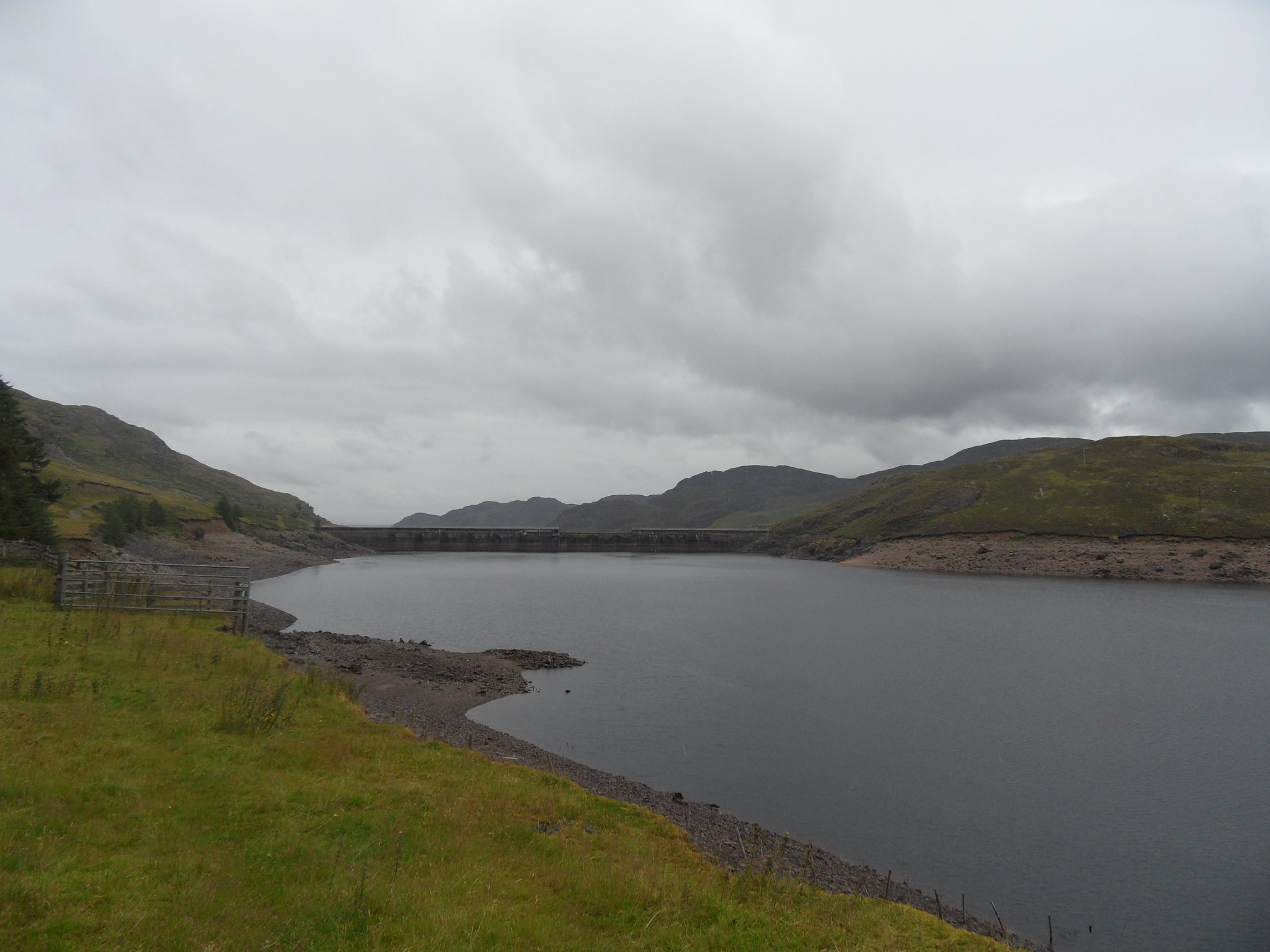 We crossed a slightly rickety bridge over a big chasm… 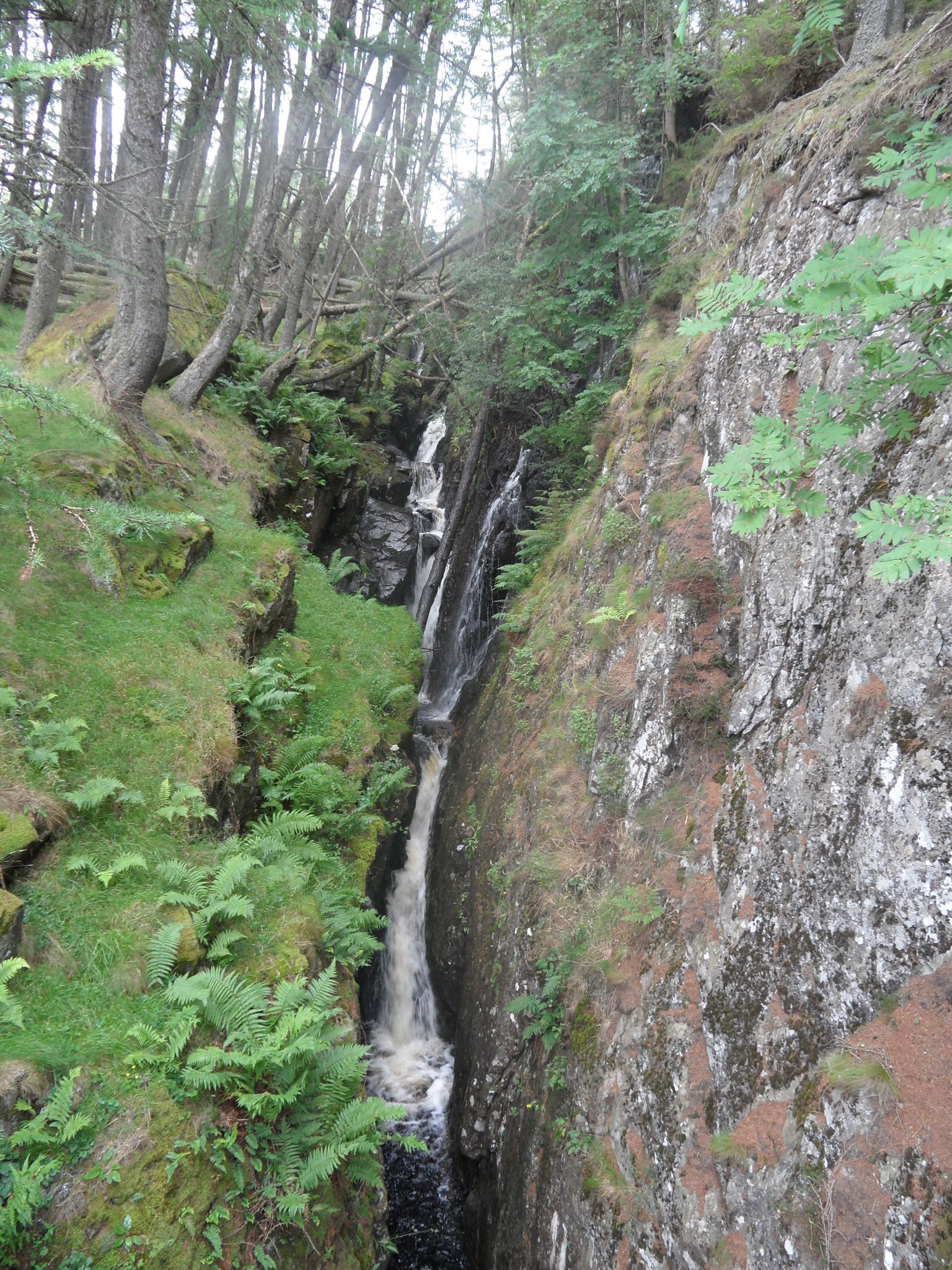 Before retracing our steps along the road to the car. We had time to get boots off before the rain arrived - very well timed

Creag Uchdag.gpx Open full screen  NB: Walkhighlands is not responsible for the accuracy of gpx files in users posts