Nibbling away at the Southern Fells.

Nibbling away at the Southern Fells.


After a long period of inactivity we were thankful of a decent forecast on a weekend that coincided with a day off for Denise, looking at accessible Wainwrights from home there were two in the Southern Fells that were just on the "possible to do in the day" list that were new to us, Harter Fell I'd heard of but Green Crag, nope, not that one, when I looked on the map to find it I found it close enough to Harter Fell to do them as a duo.

The journey from home to Birks Bridge car park took 2 1/4 hrs, which puts other fells we've not done in the area within reach, Hardknott springs to mind.
The car park was fairly quiet on arrival, there were three tents pitched on the grass by the picnic tables, the occupants just stirring so a few muffled voices broke the silence.

We could see Harter Fell above us to the west, the sun was out, it was warm, we used one of the picnic bench seats to put on our boots, with all things in place we set off over the bridge following the track into the plantation.

There's a path that leaves the track to the right about a km from the bridge marked Hardknott forest, take this and look out for a path forking right through the trees, we went wrong here and continued along the path marked as a bridleway and soon realised we'd gone wrong so we decided to go off piste and went uphill over awkward terrain to find the correct path that followed a stream up the hillside towards Mart Crag.

looking down from our off piste traverse. 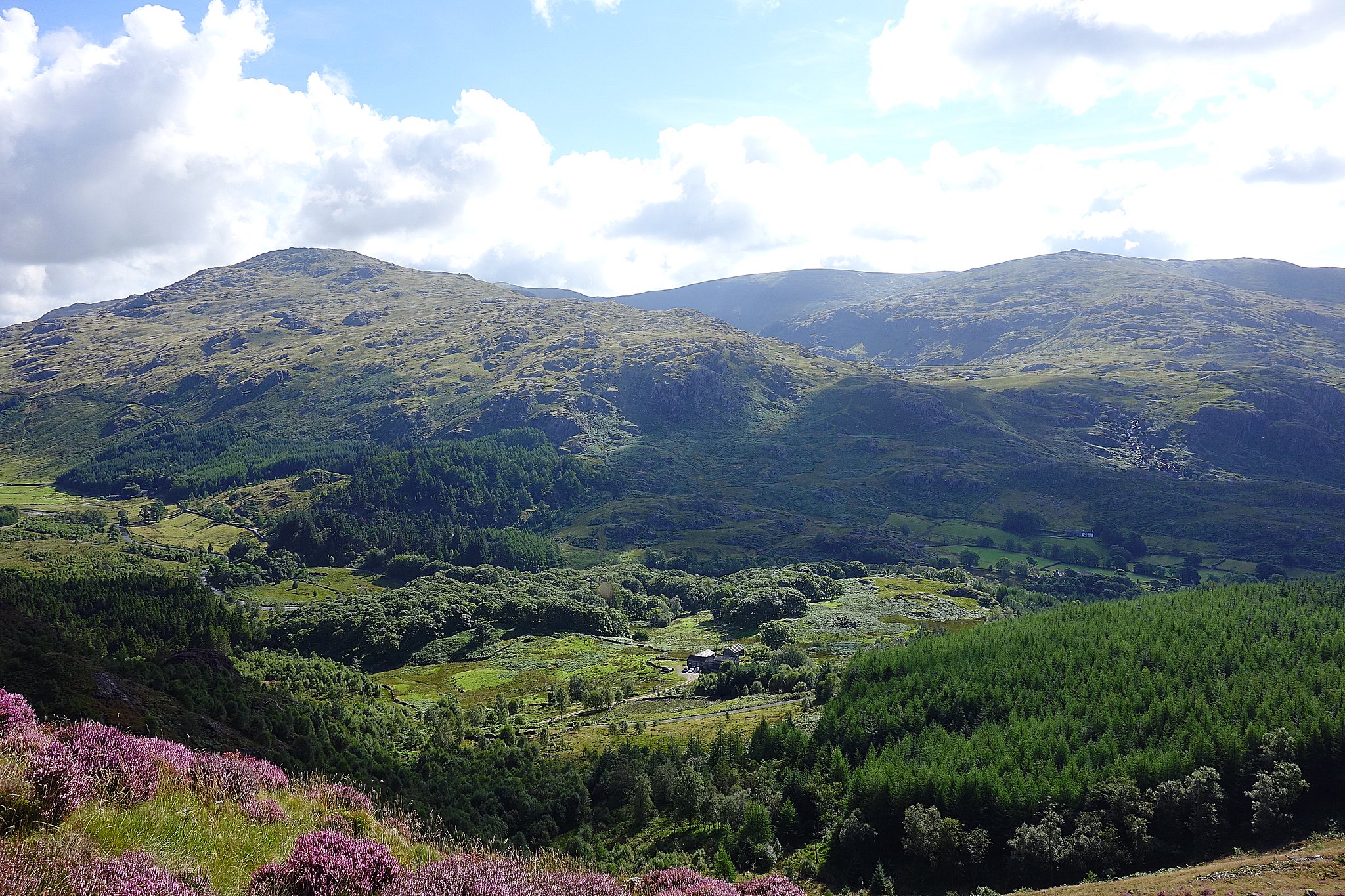 We soon found the correct path and from there on it was a really pleasant walk up to the summit.
The views soon opened up, 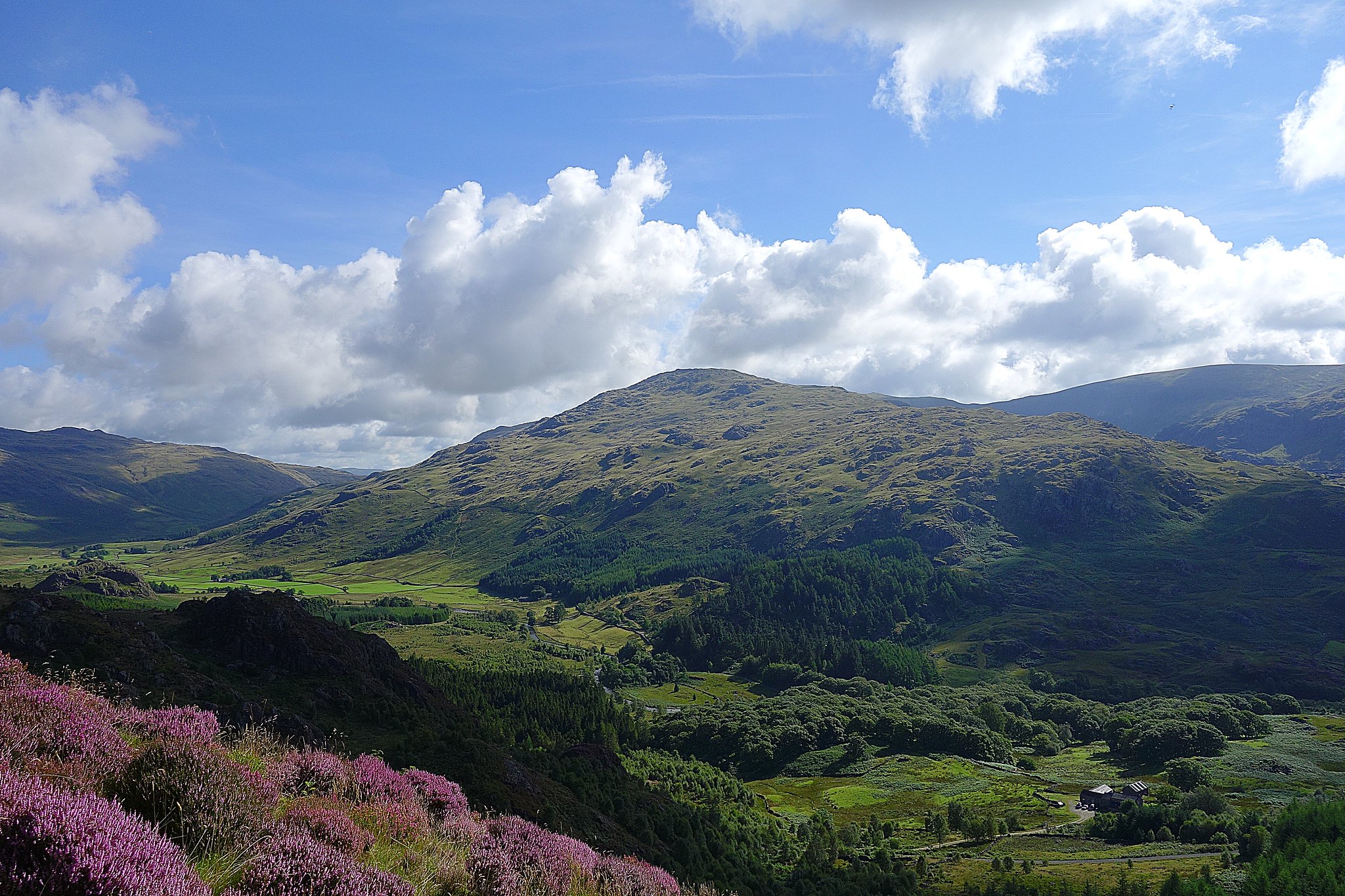 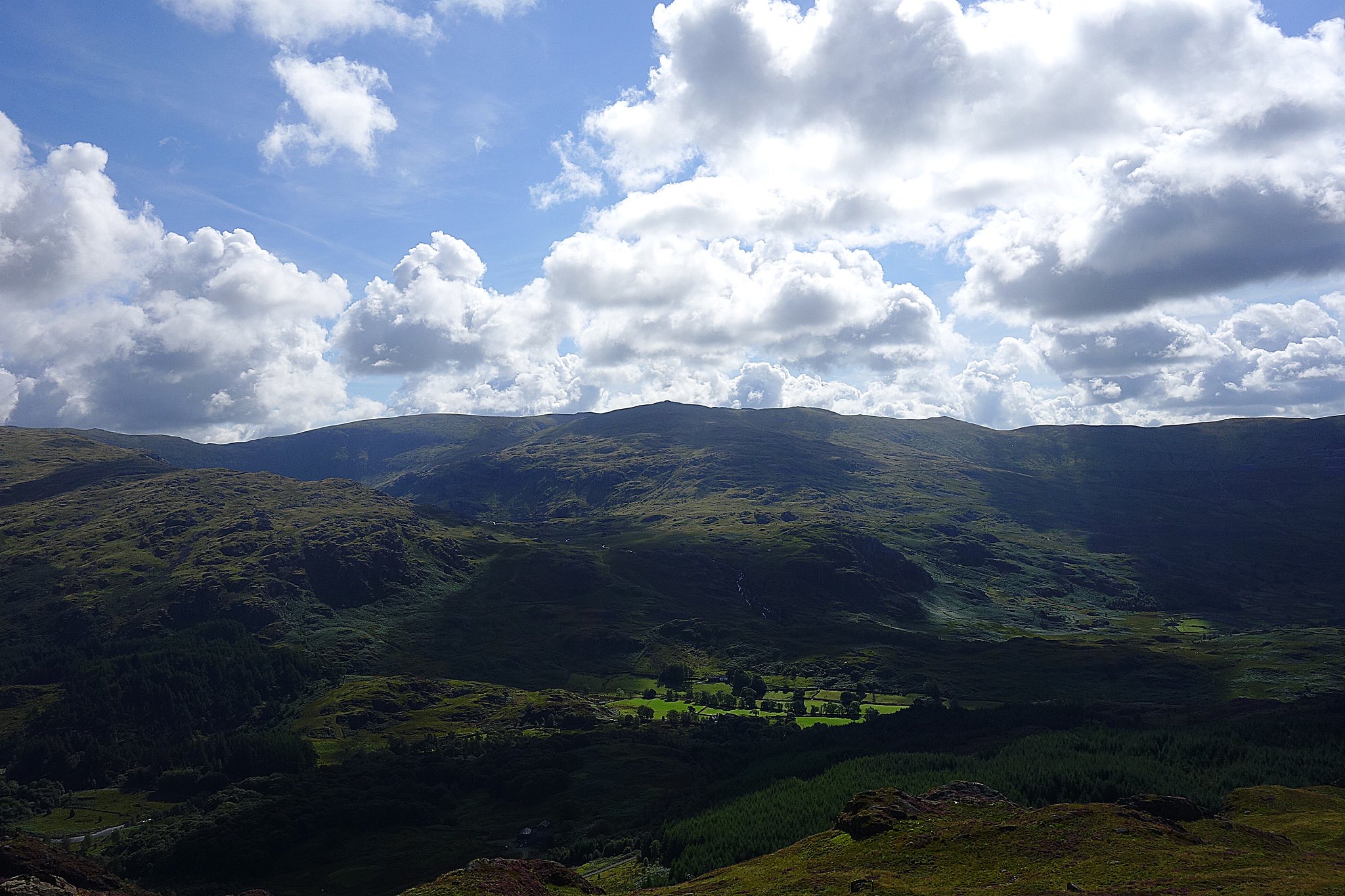 A bit further round. 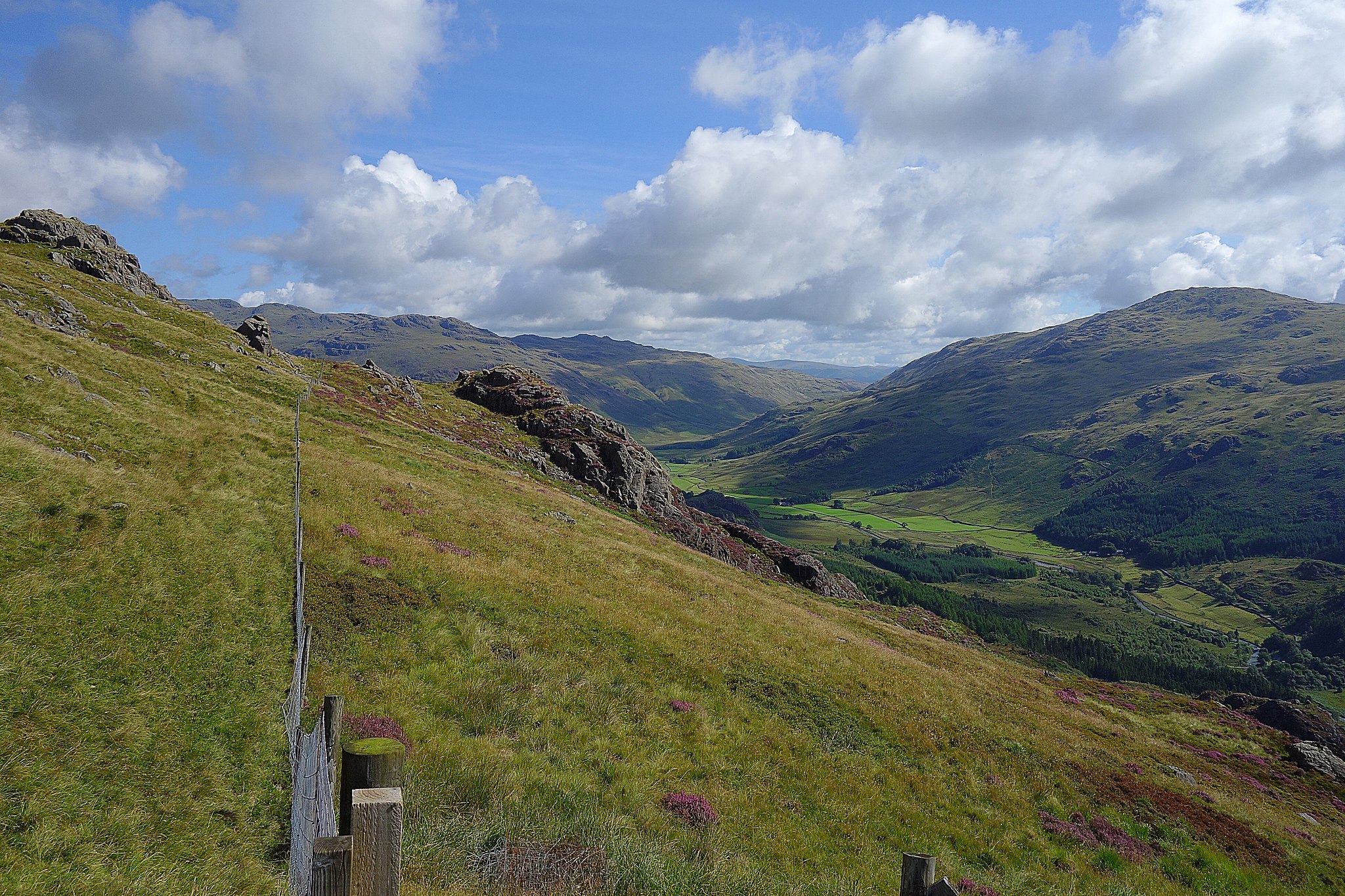 Over to Brown Pike. 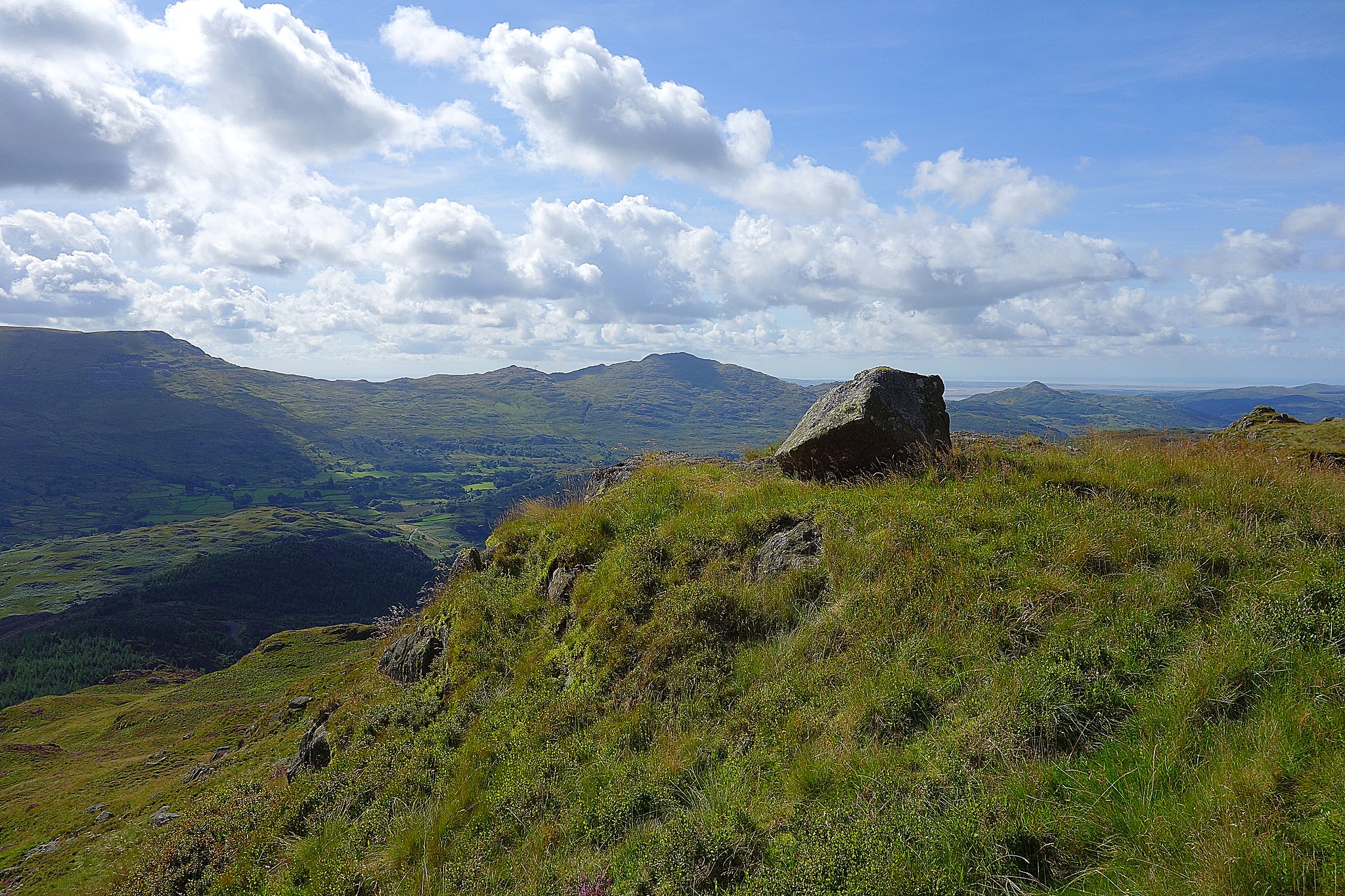 Still a bit to go before we get there. 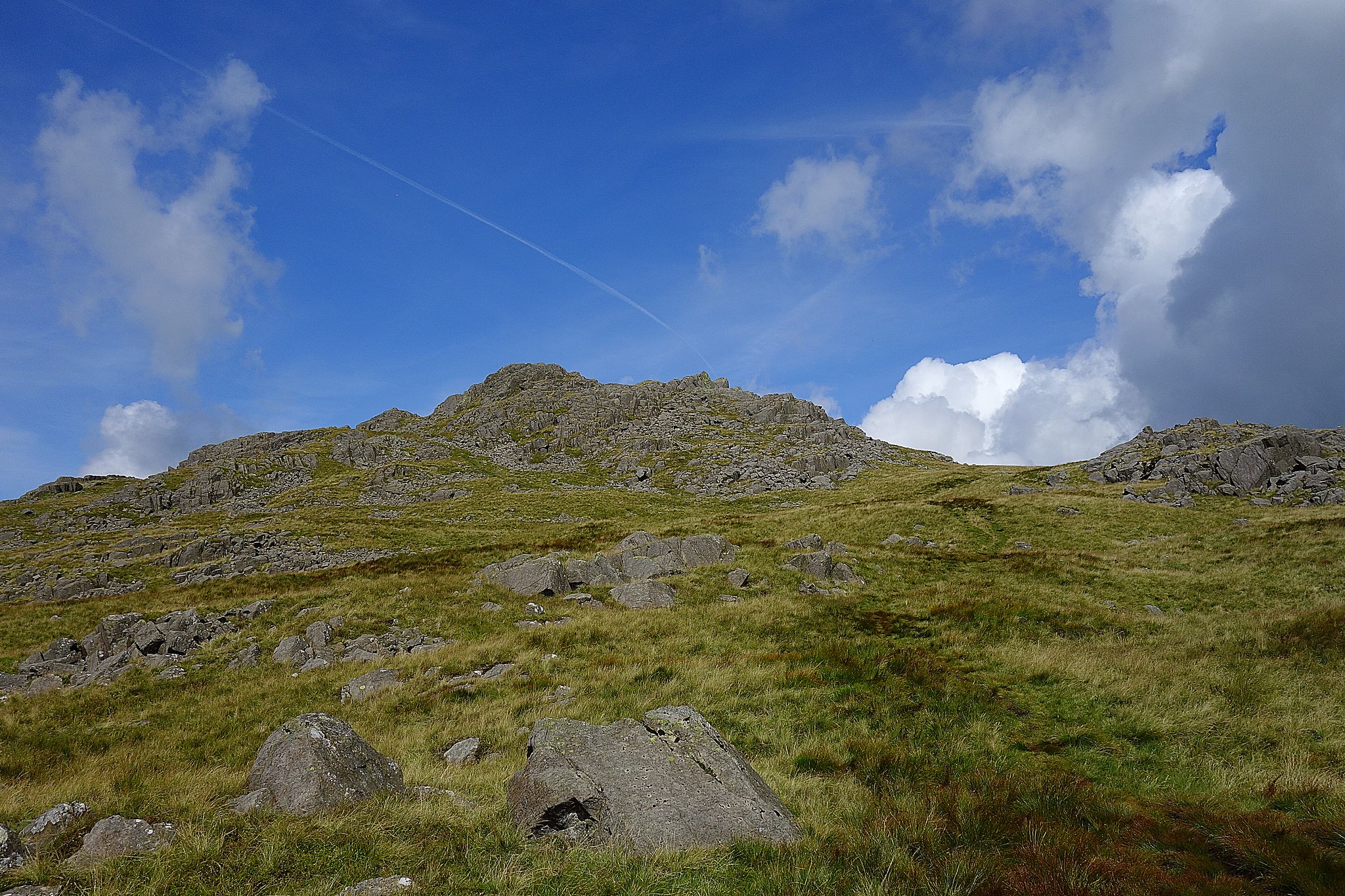 When we arrived at the summit we could see our next target - Green Crag, it looked easy enough to get to but I knew the way over was a bit soggy. 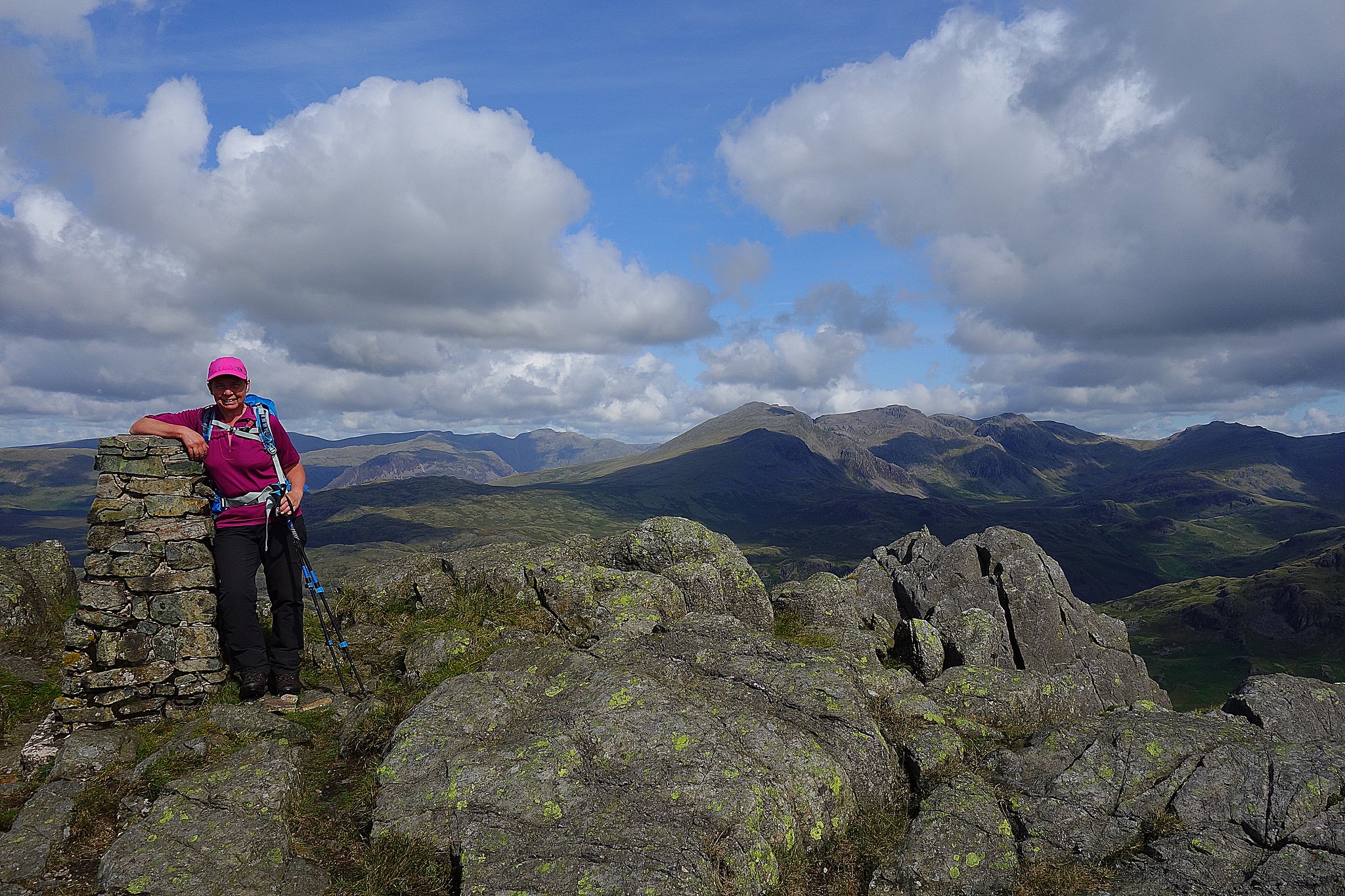 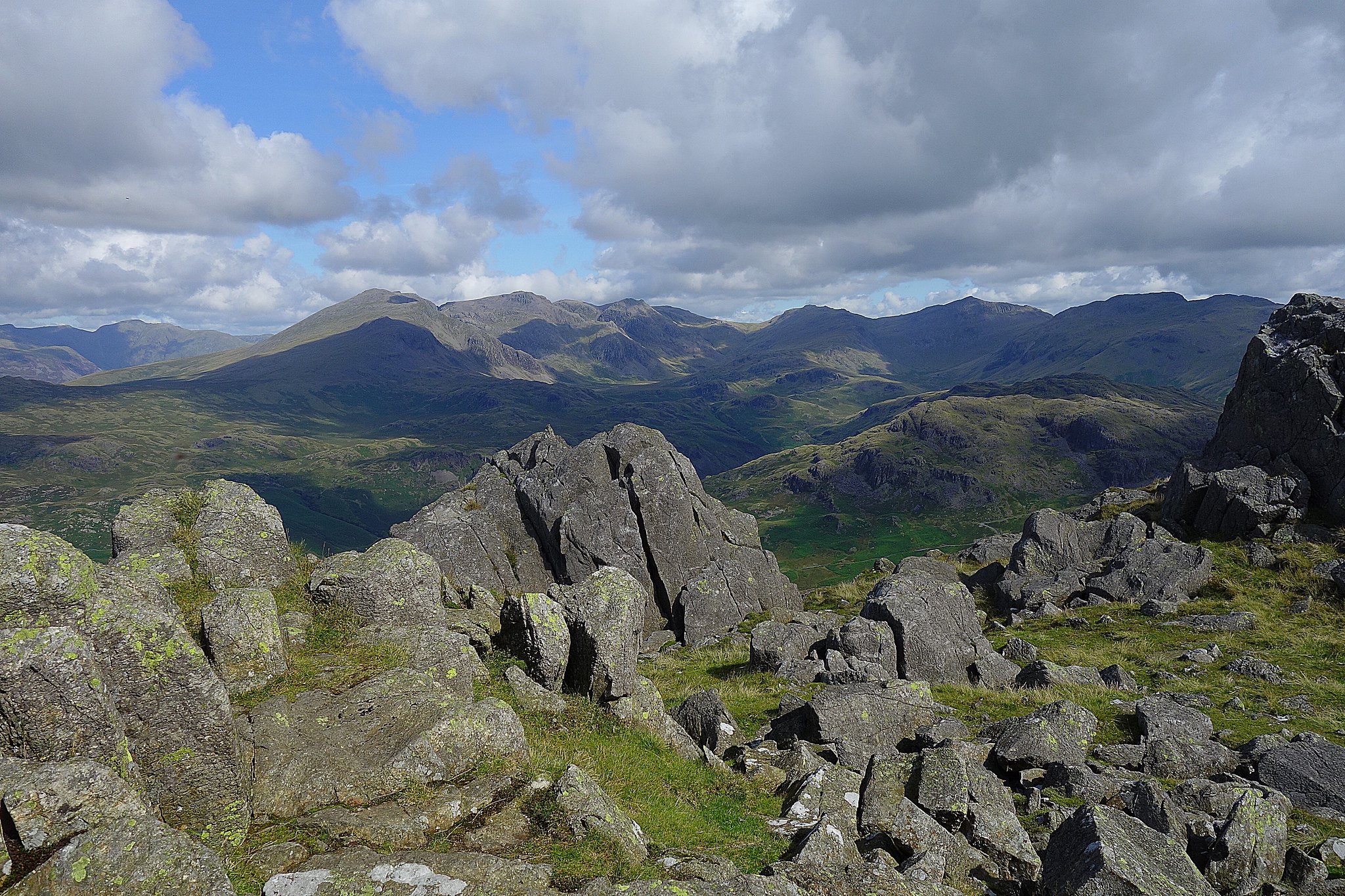 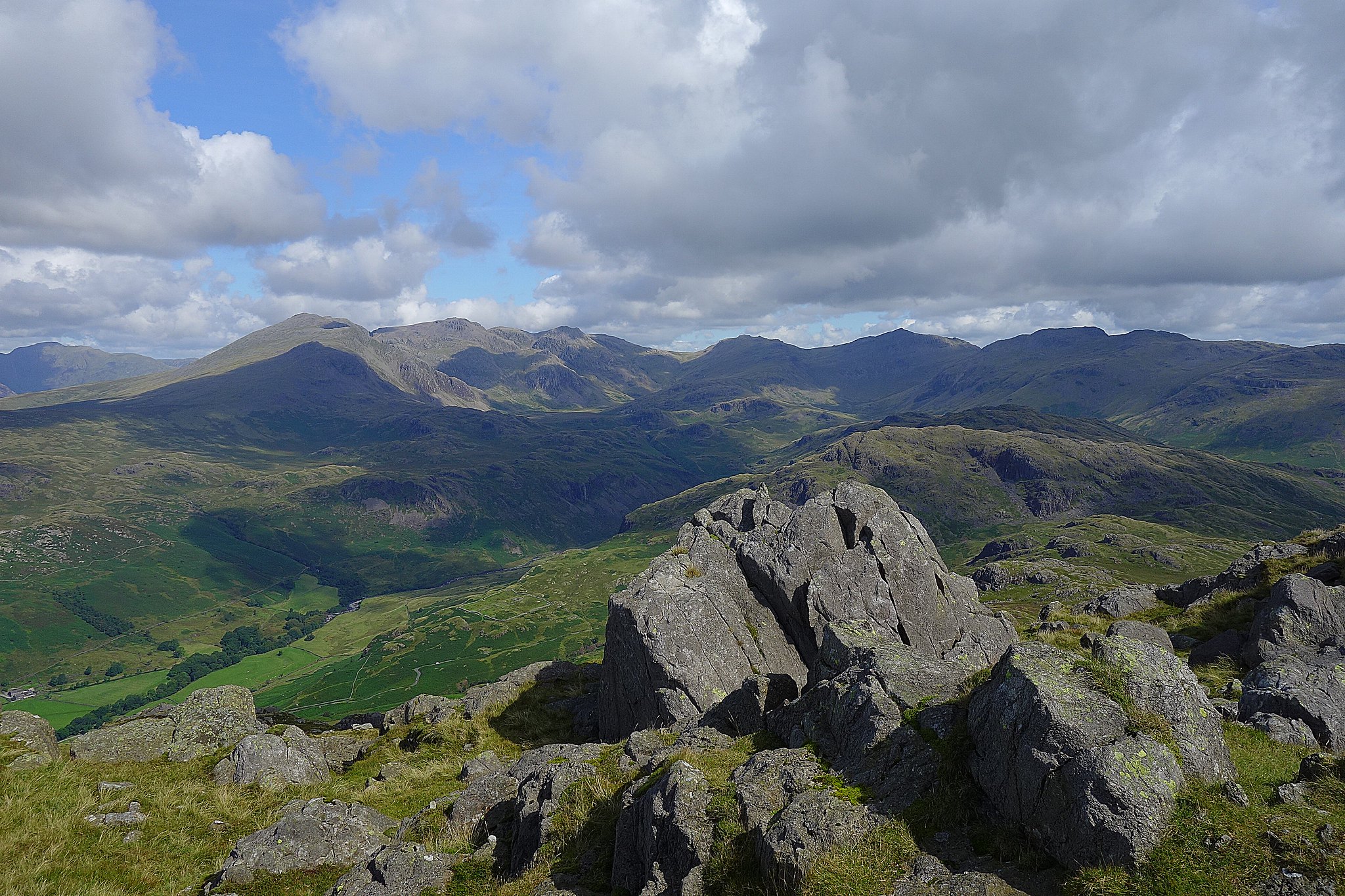 Setting off south west down a good path we headed for the plantation and an obvious gate in the fence, we could see traces of a path heading over the flat area between us and the start of the climb onto Green Crag.

Down at the gate the way across the flat wet section seemed less obvious but we followed the vague path that followed the boundry line over the soggy terrain, we managed to lose it half way over so we just made a beline for the ridge above us heading slightly left towards the dip between The Pike and Green Crag itself. 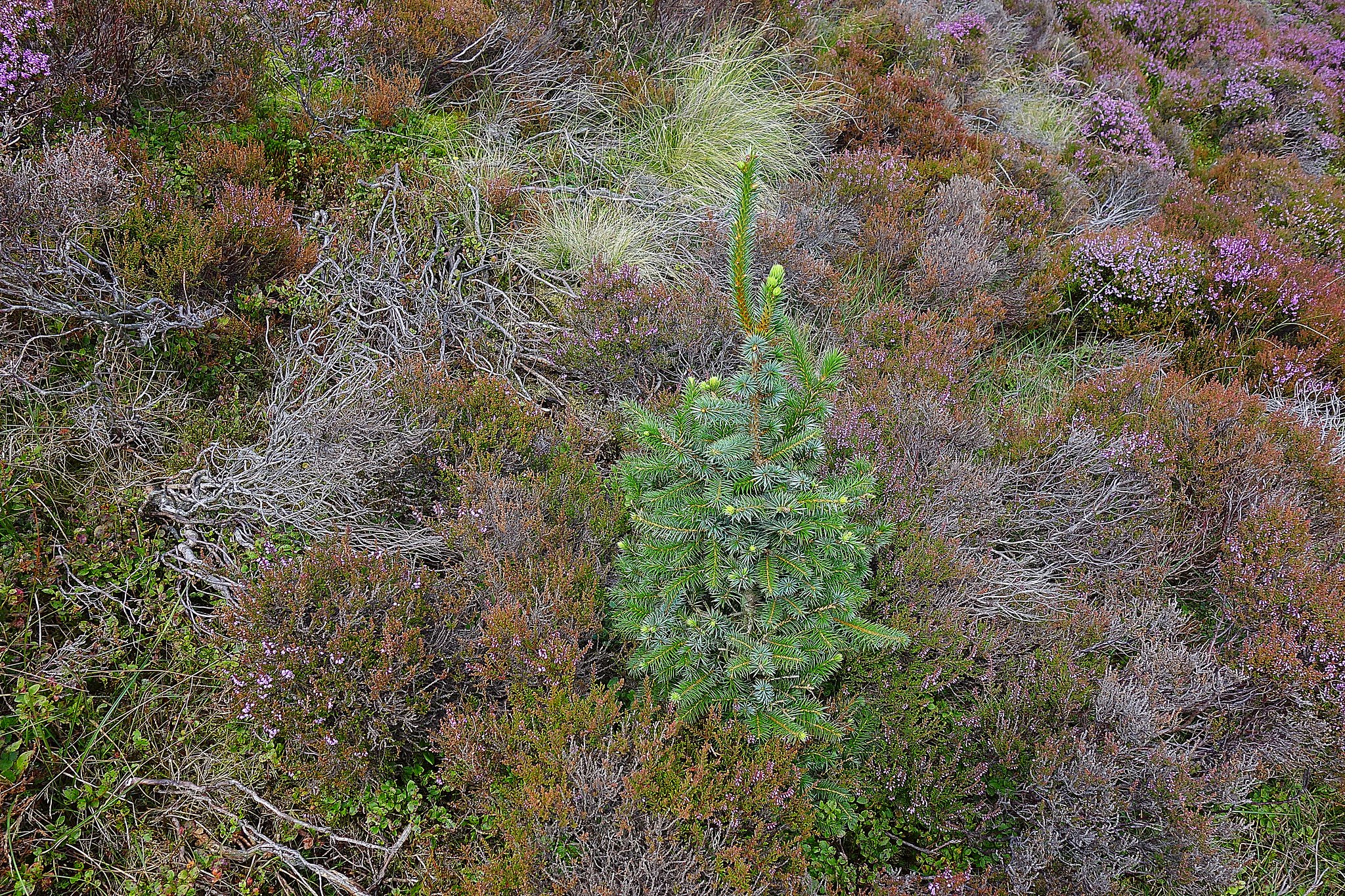 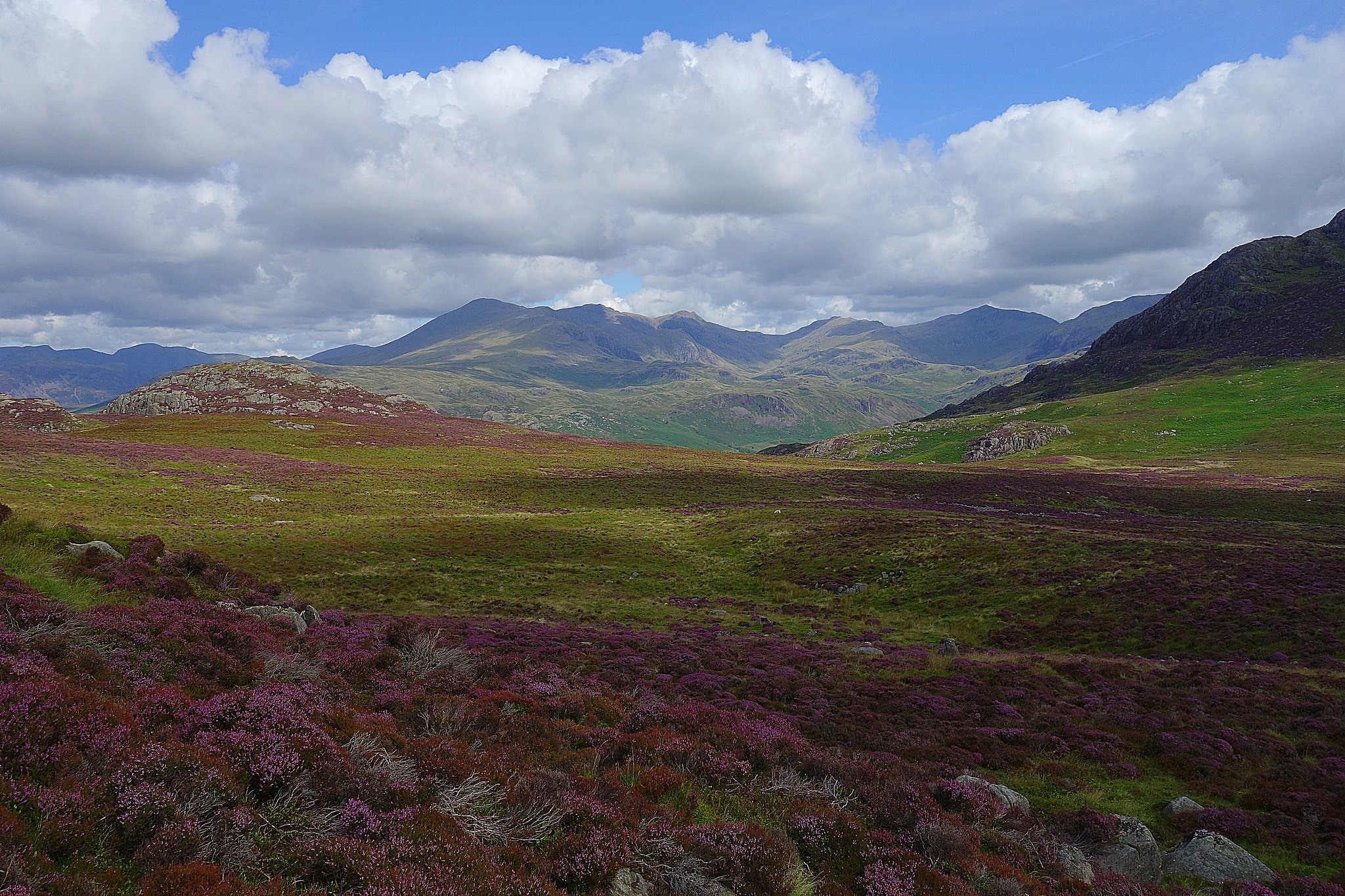 When we got there there's an obvious path leading to the summit.

On the top we had our lunch and stayed for a while in the warm sunshine looking at the views around us. 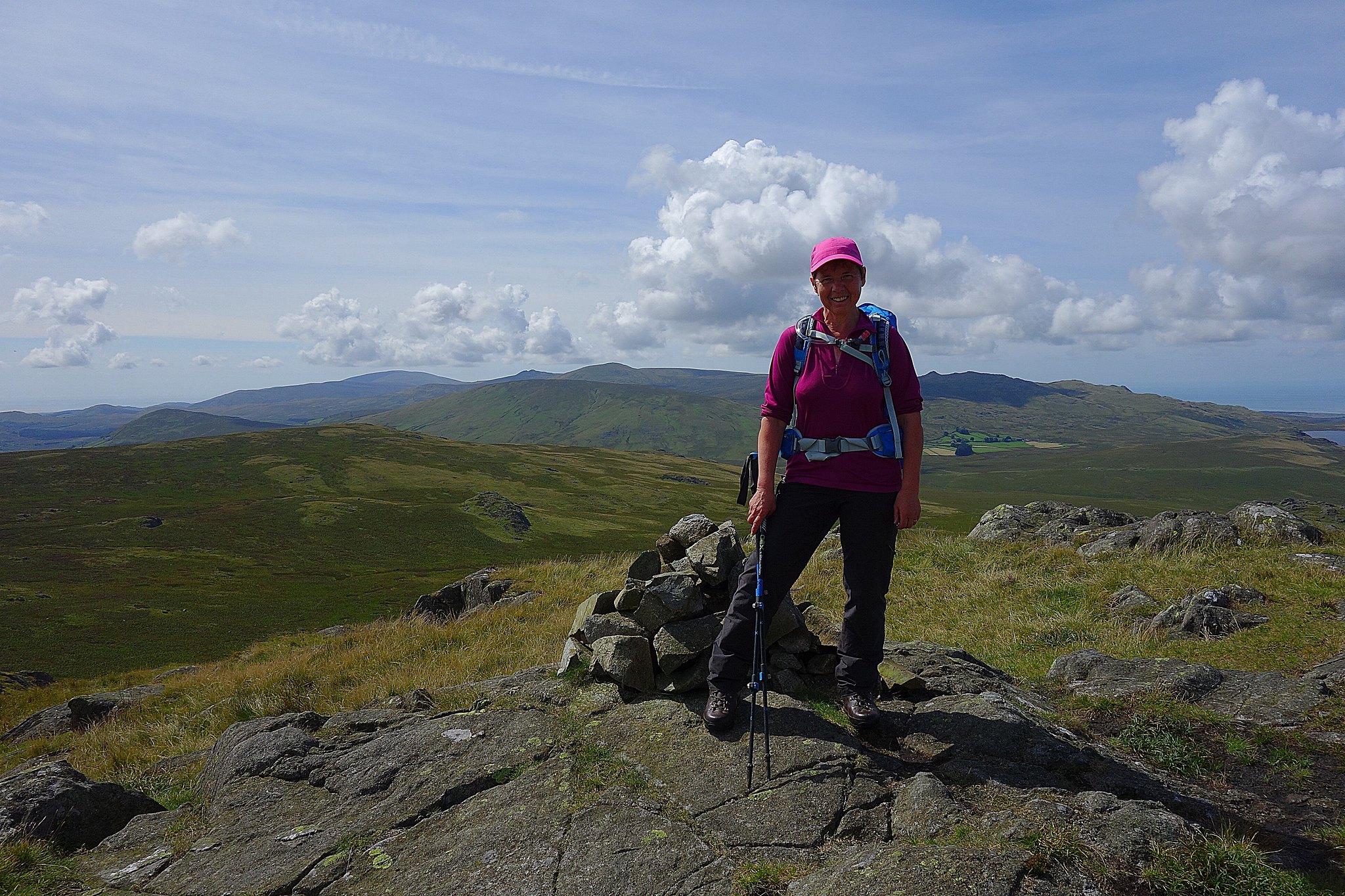 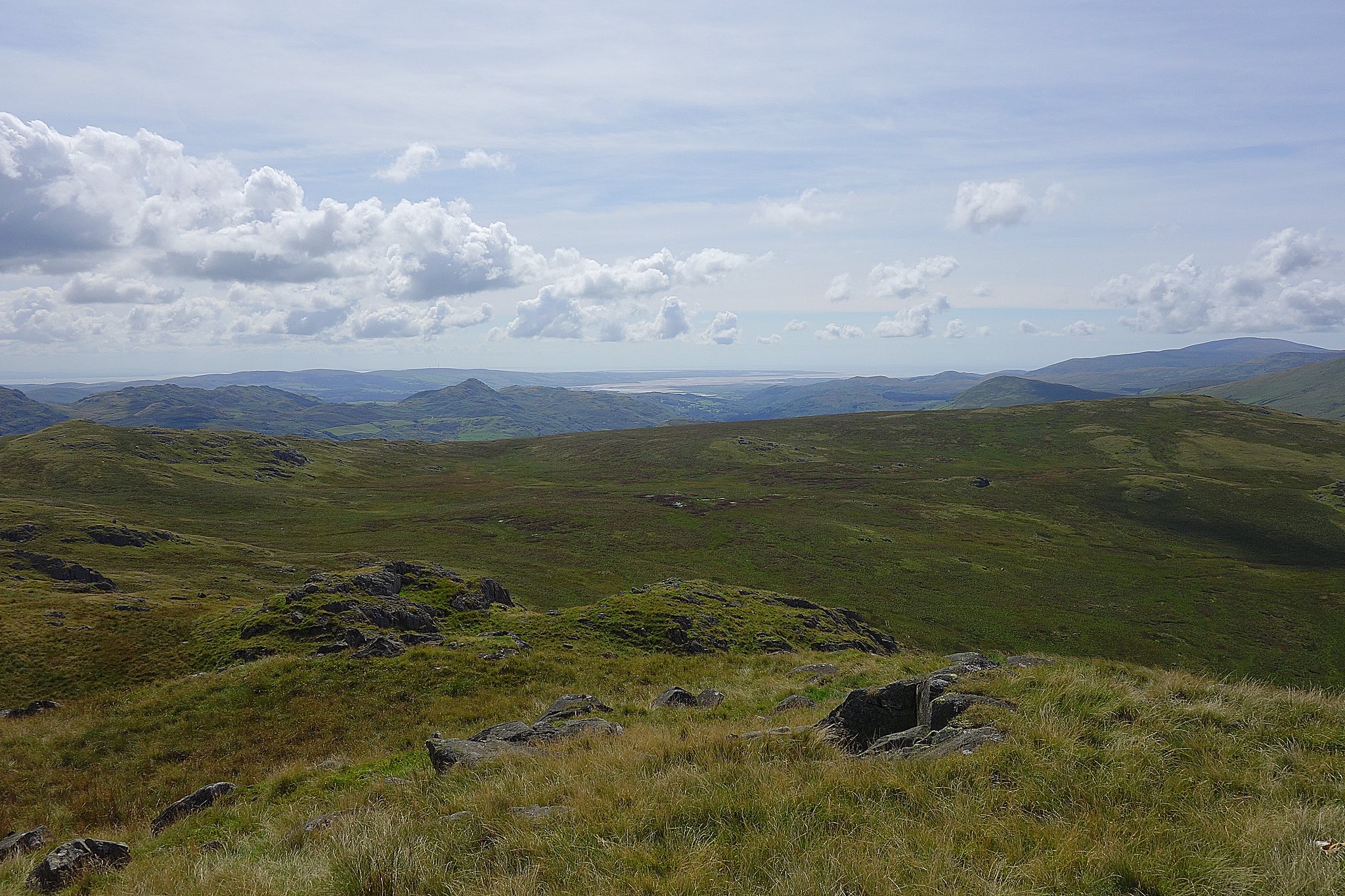 This was a different viewpoint for us, on the edge of southern Lakeland the bulk of the Scafells, Esk Pike and Bow Fell looked quite impressive. 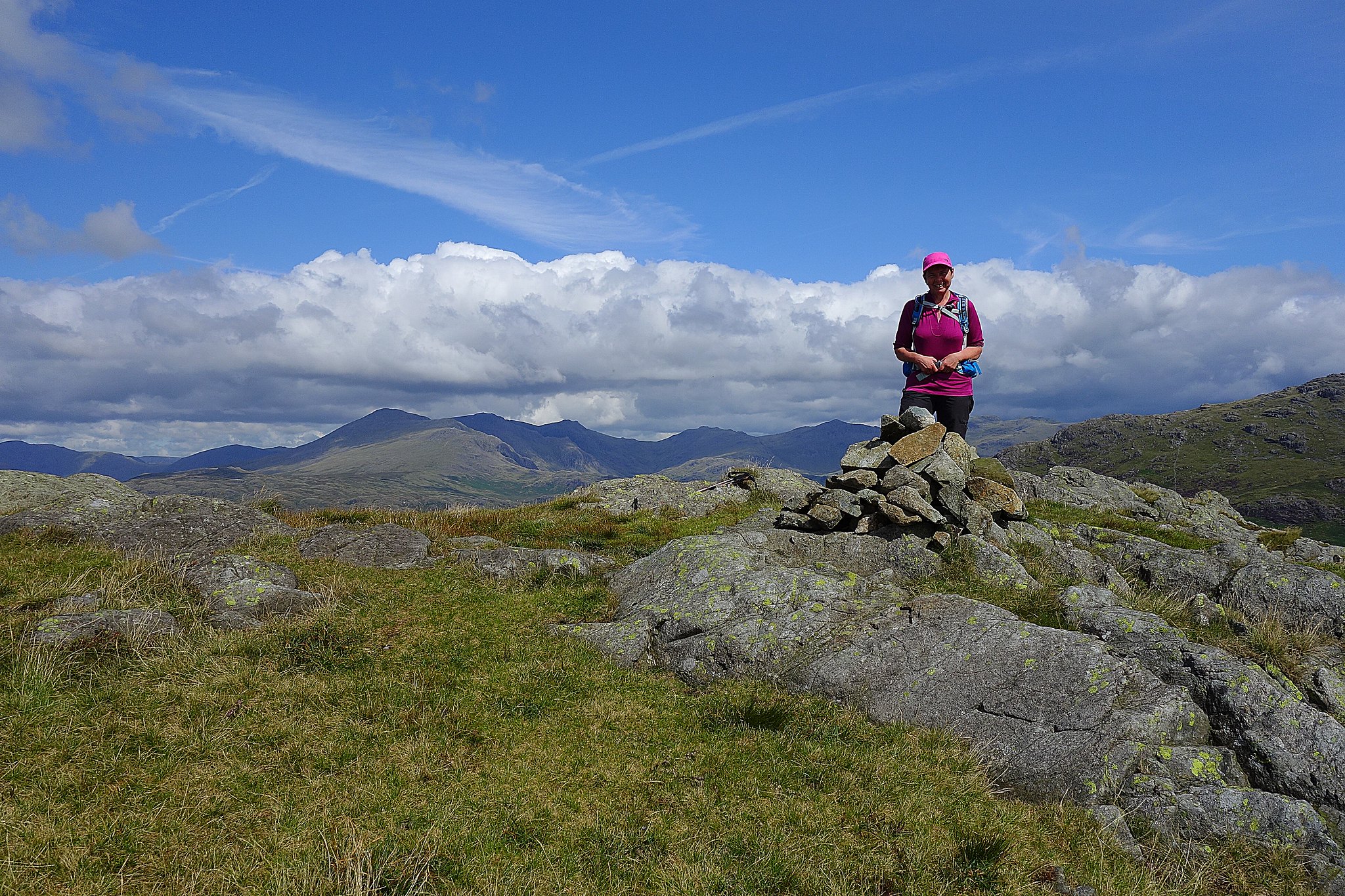 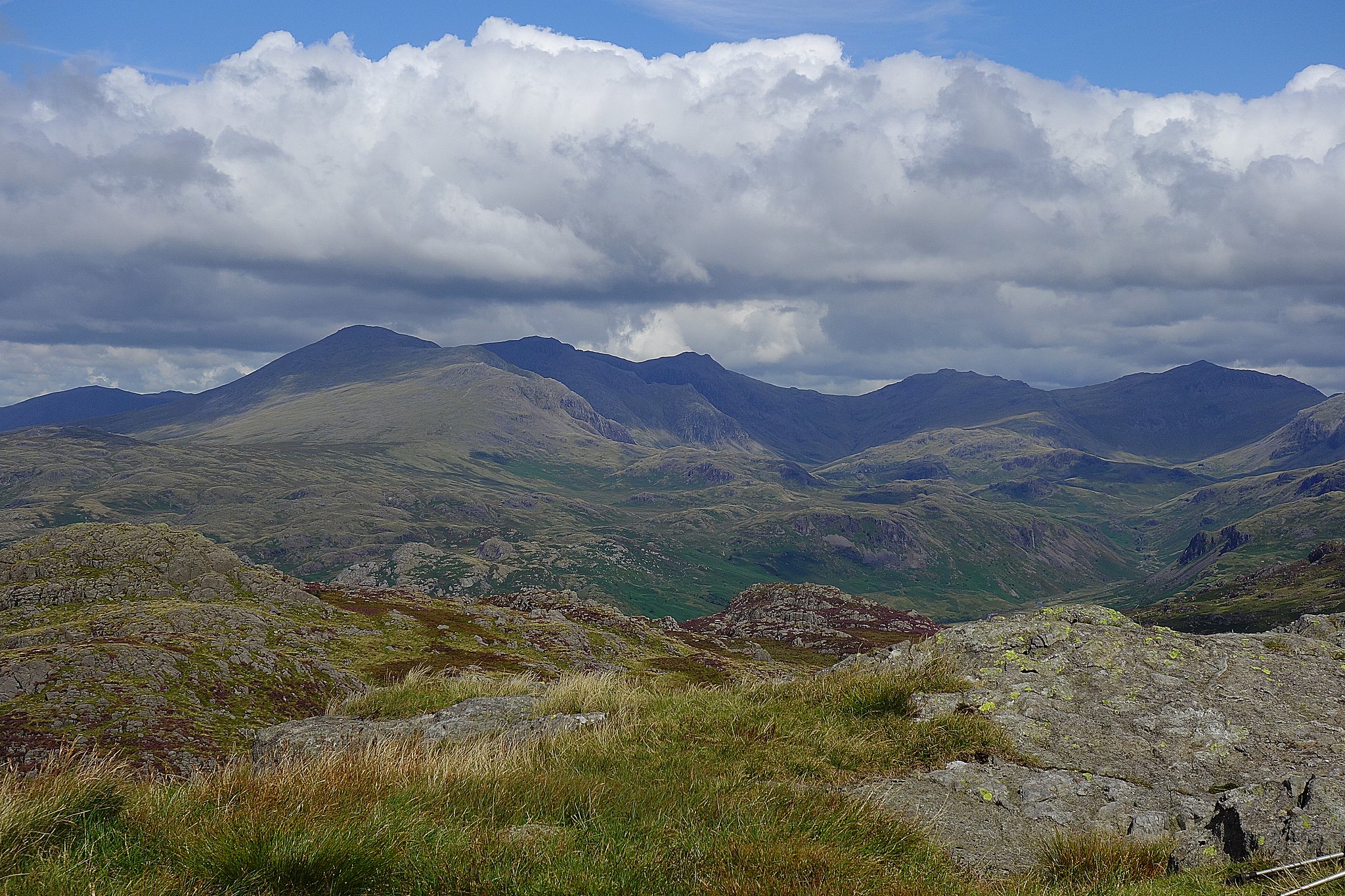 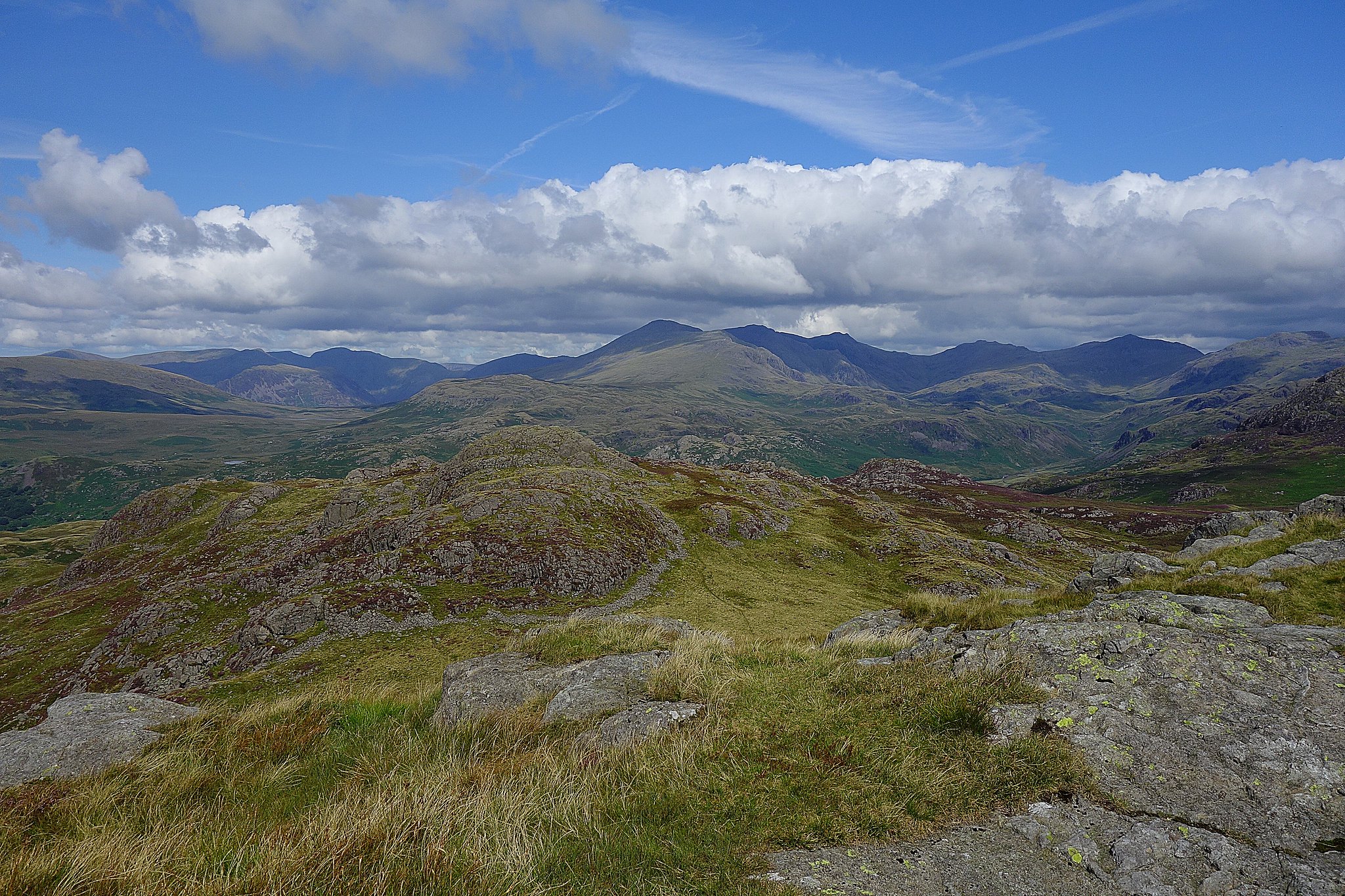 From the summit there's a fairly distinct path heading down in the direction of the plantation this turns soggy again.

Views on the way down. 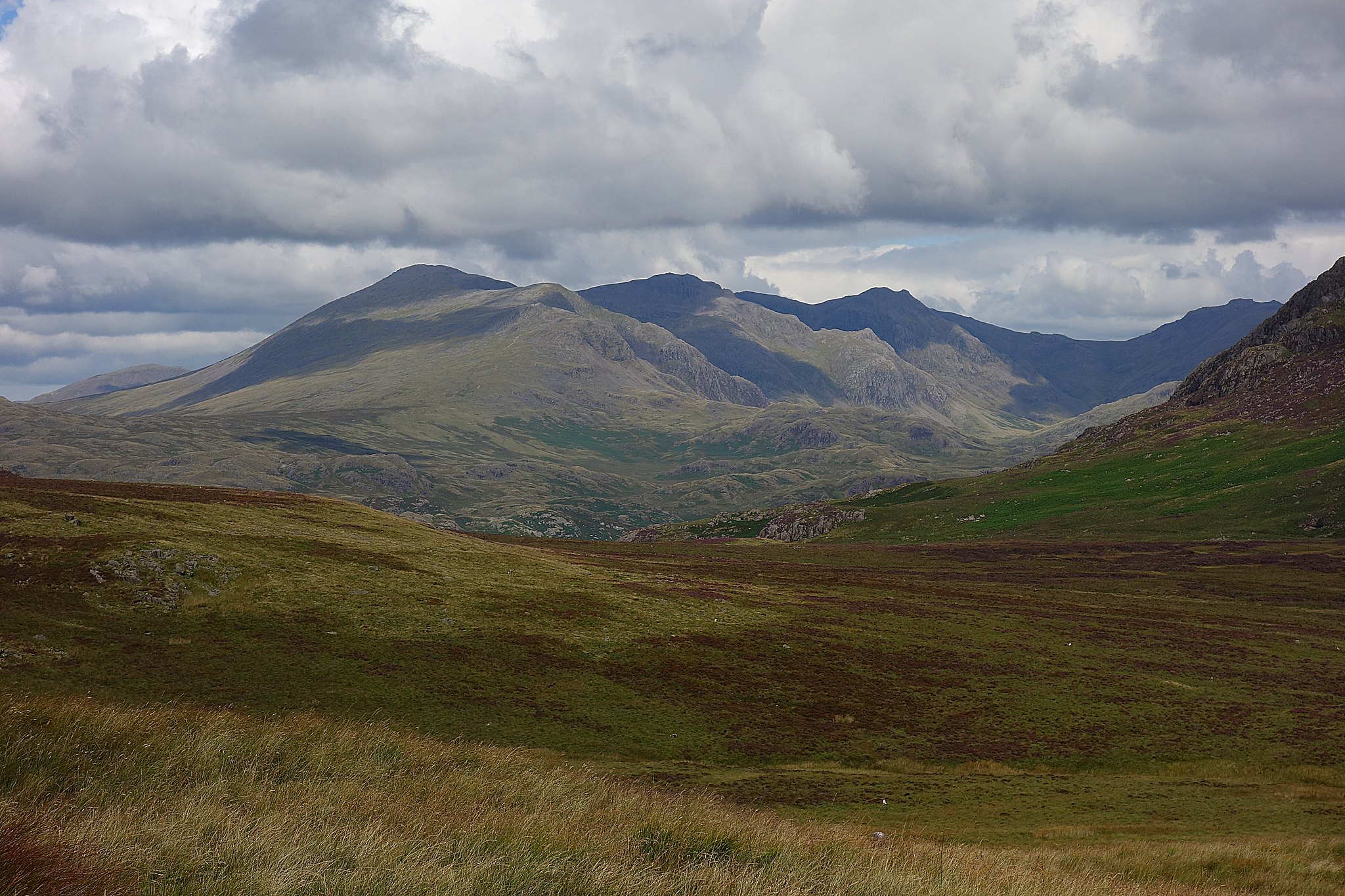 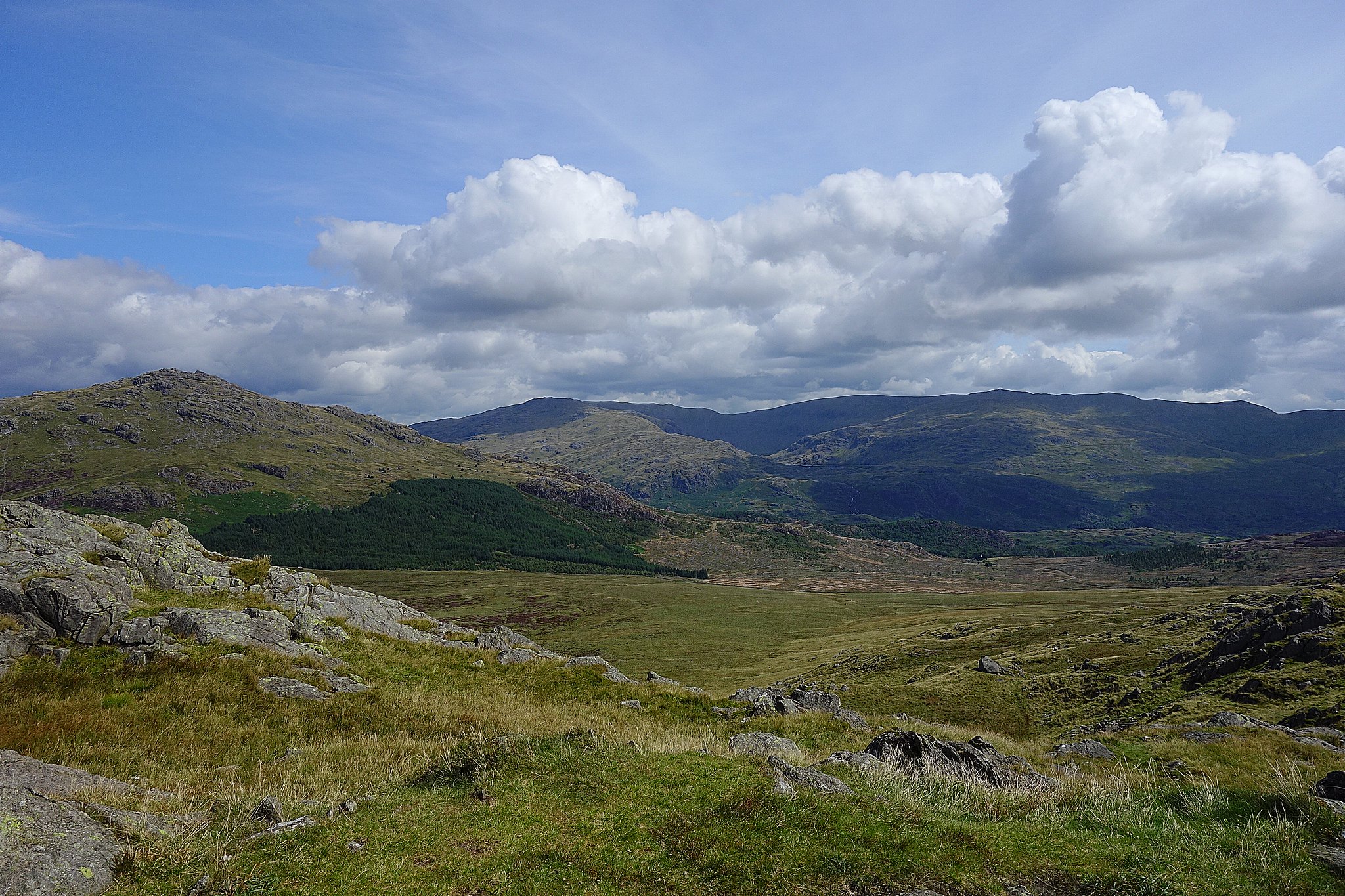 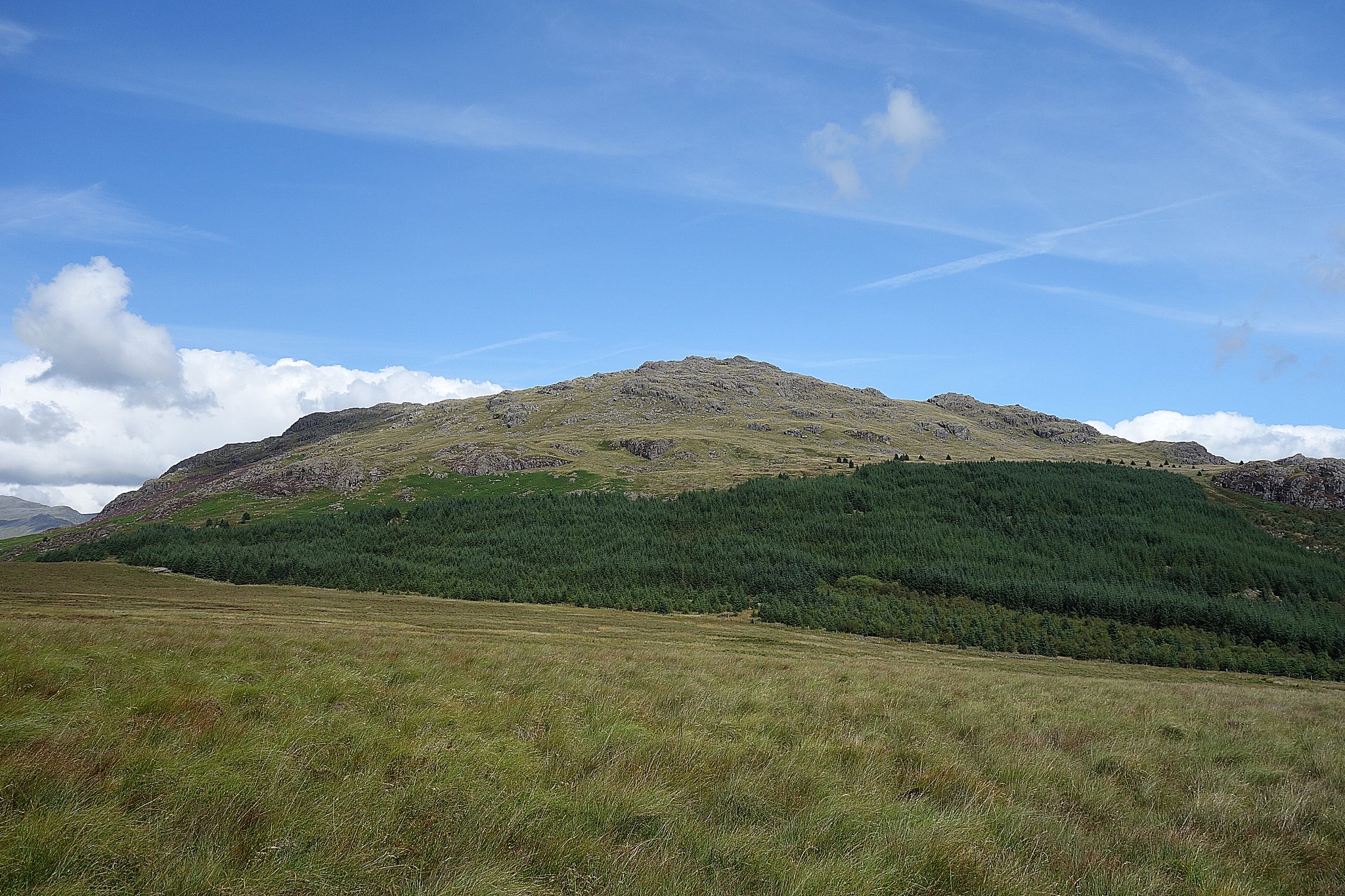 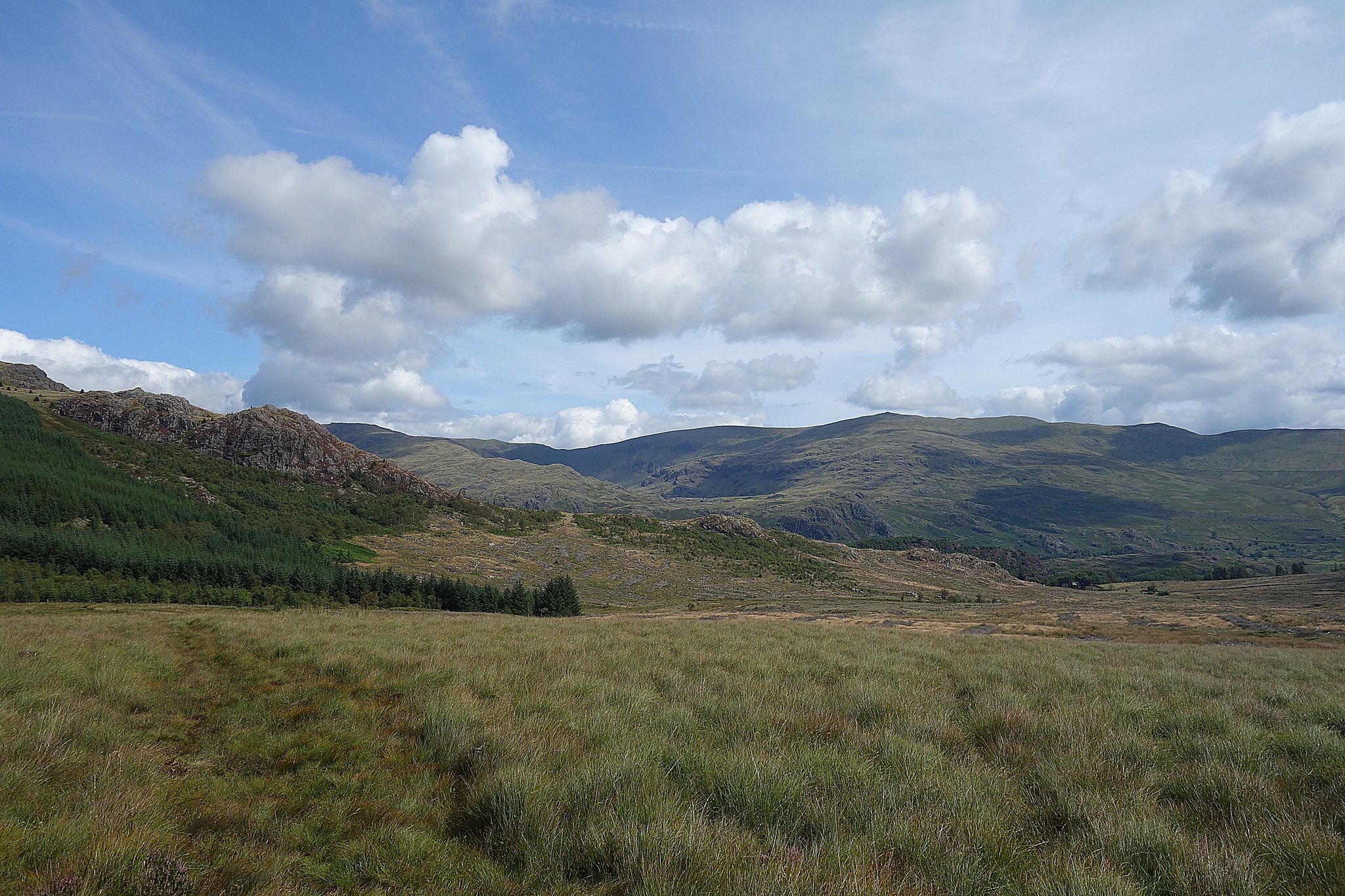 Looking back to Green Crag. 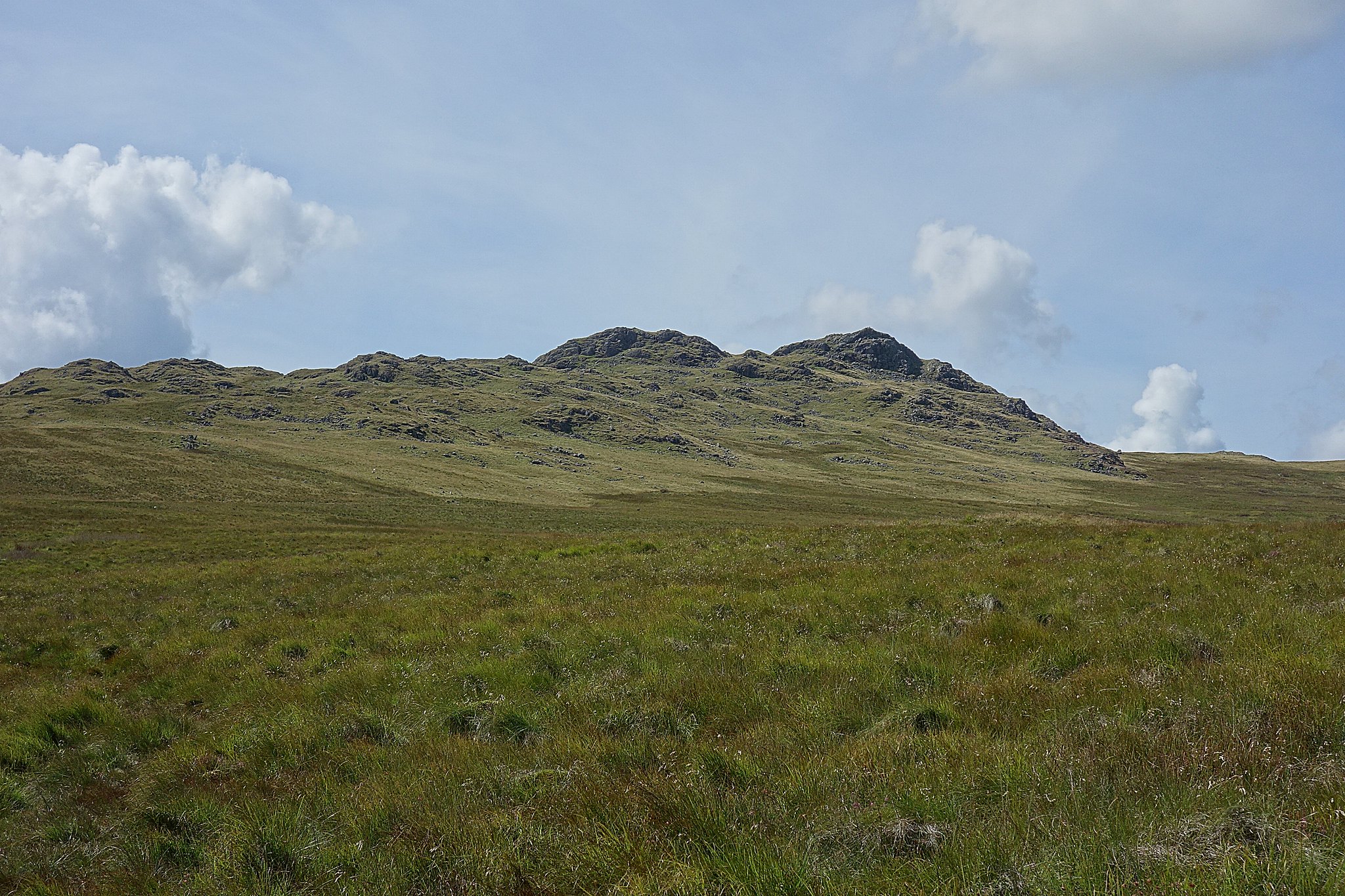 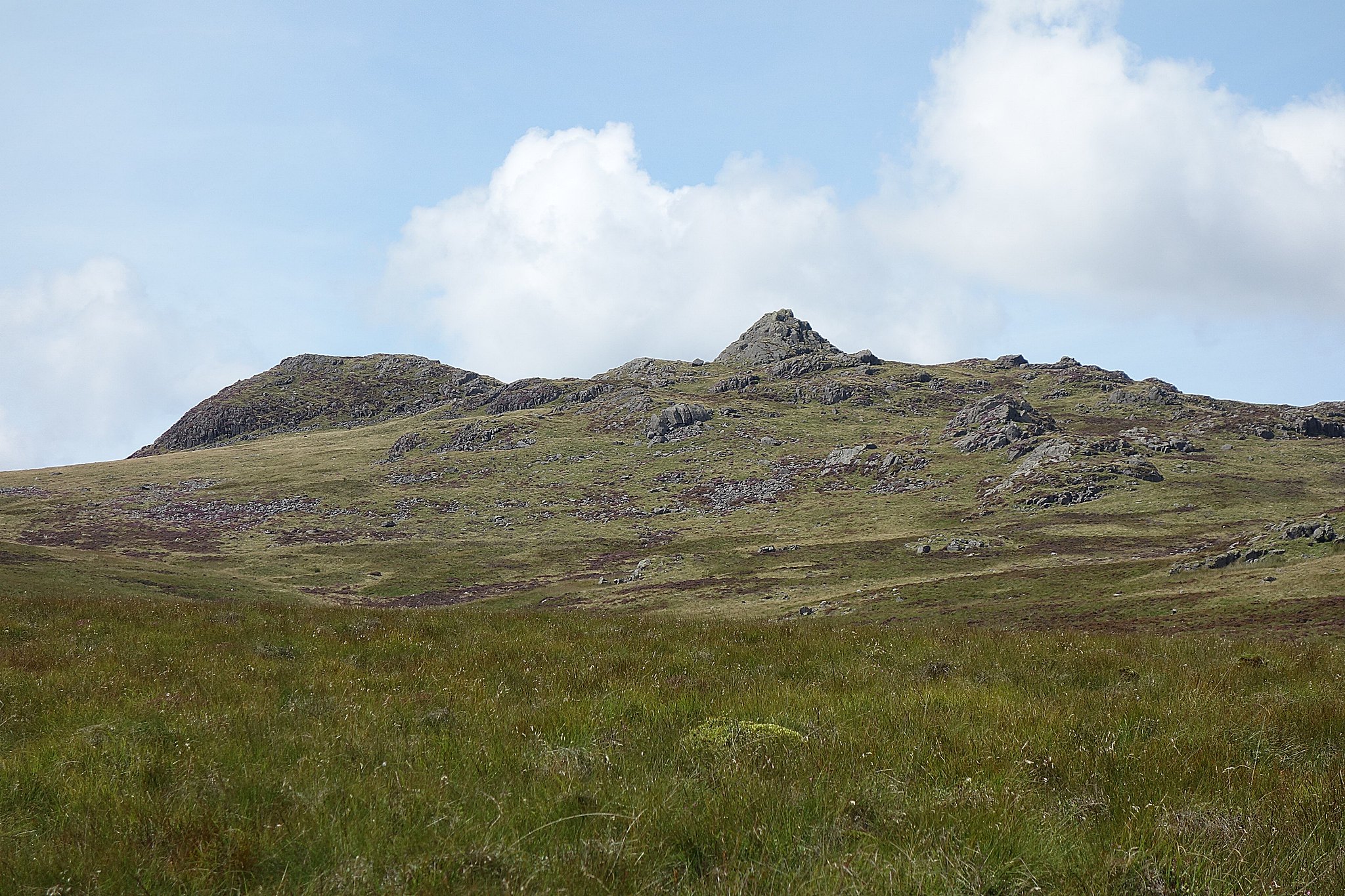 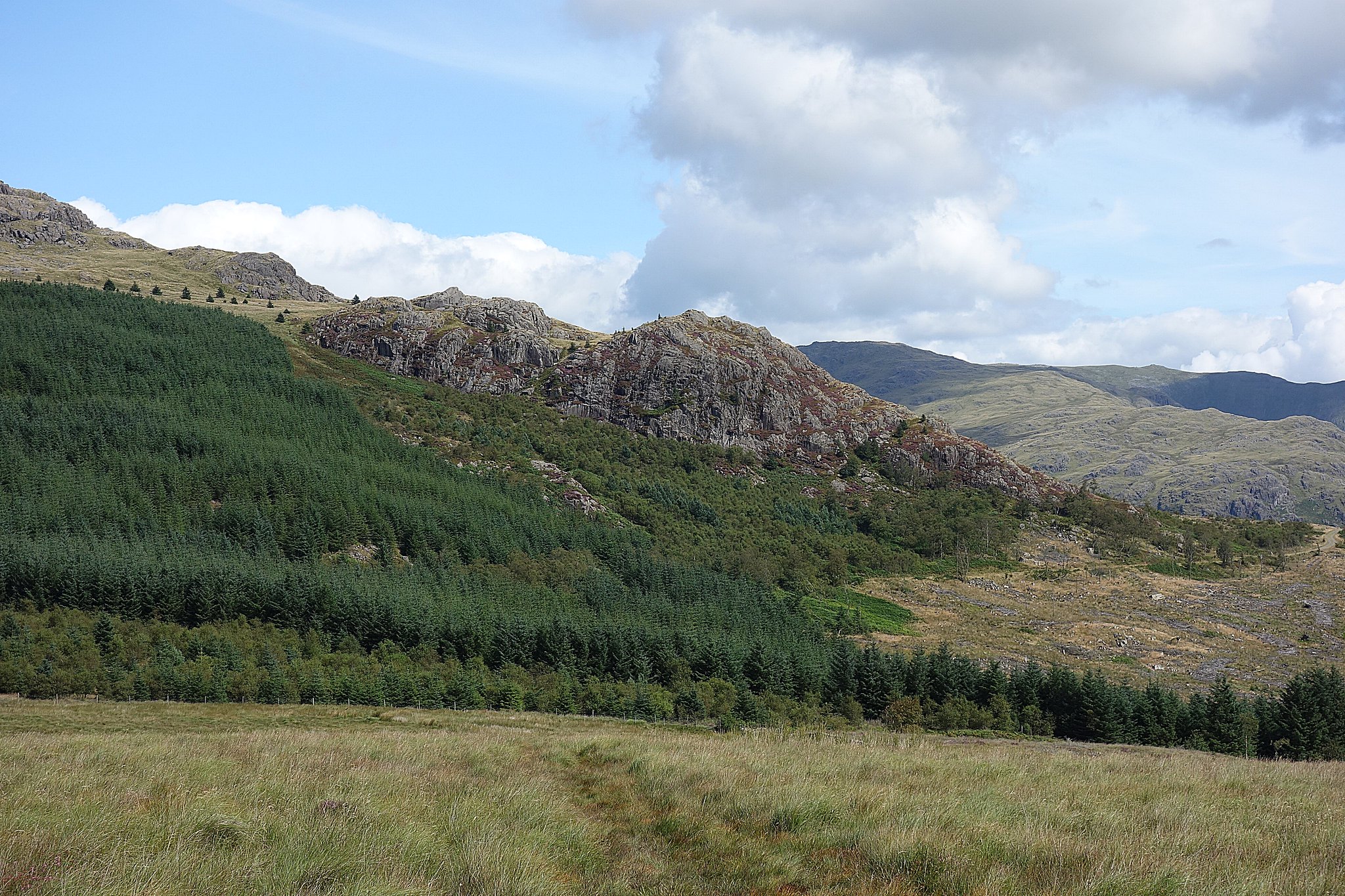 It levels off and continues to a gate in the fence. 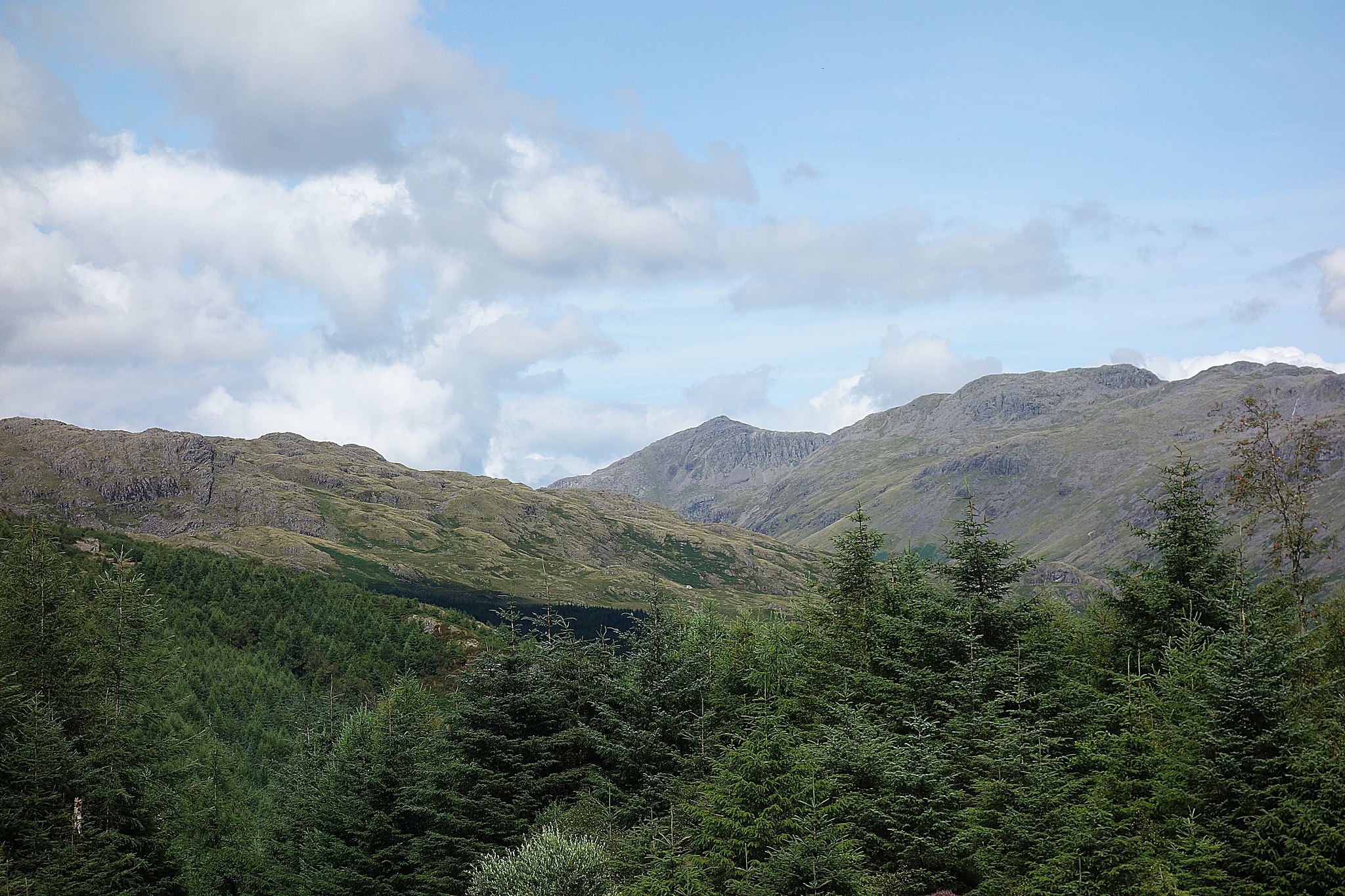 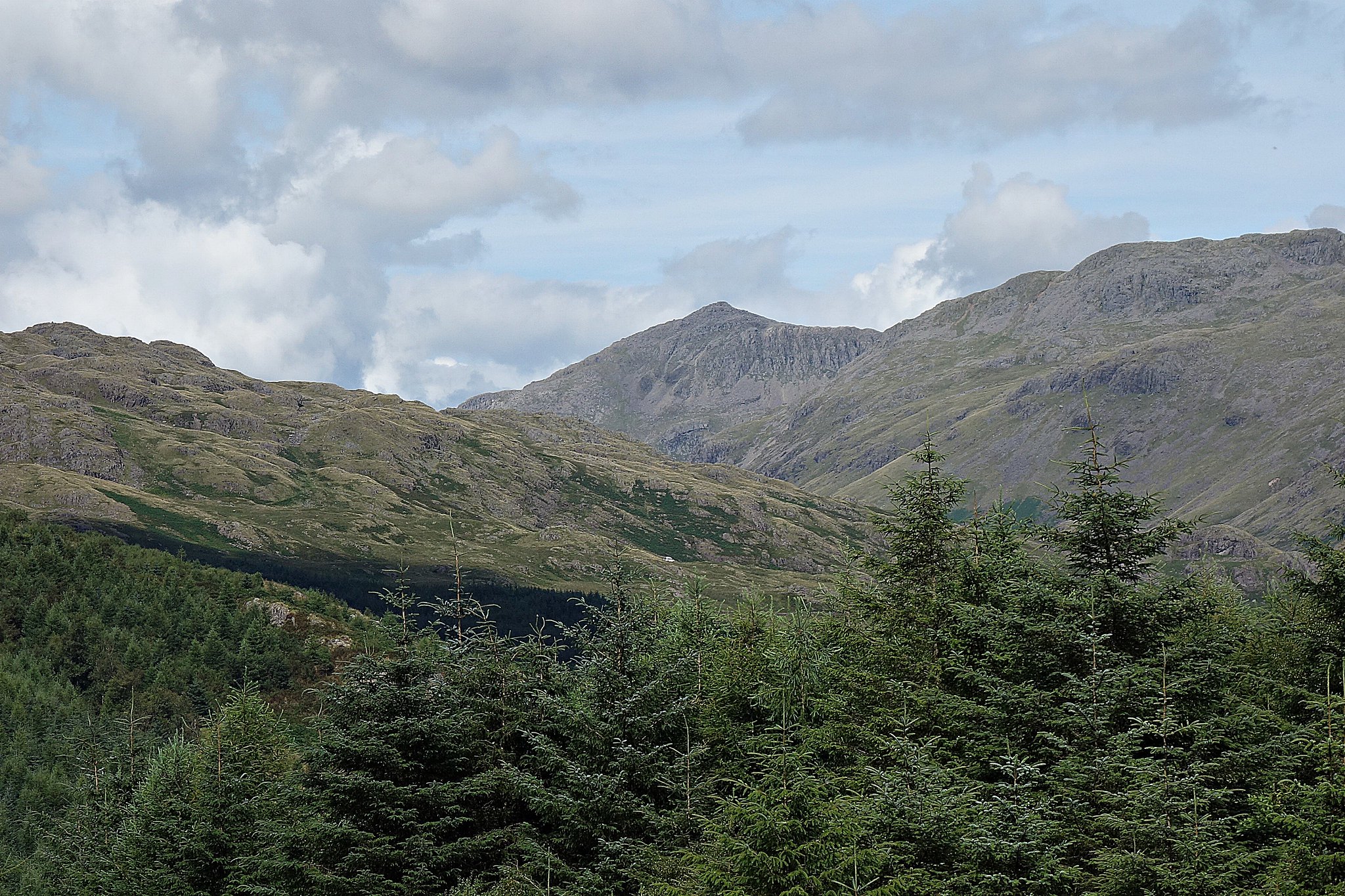 It then crosses Grassguards Gill where we kept left and followed the much better path which leads to the forestry track, here we went right and followed this, the bridleway we were on earlier ends when it joins this track, it looked wet so we continued on the track and stayed with it back to the car park. 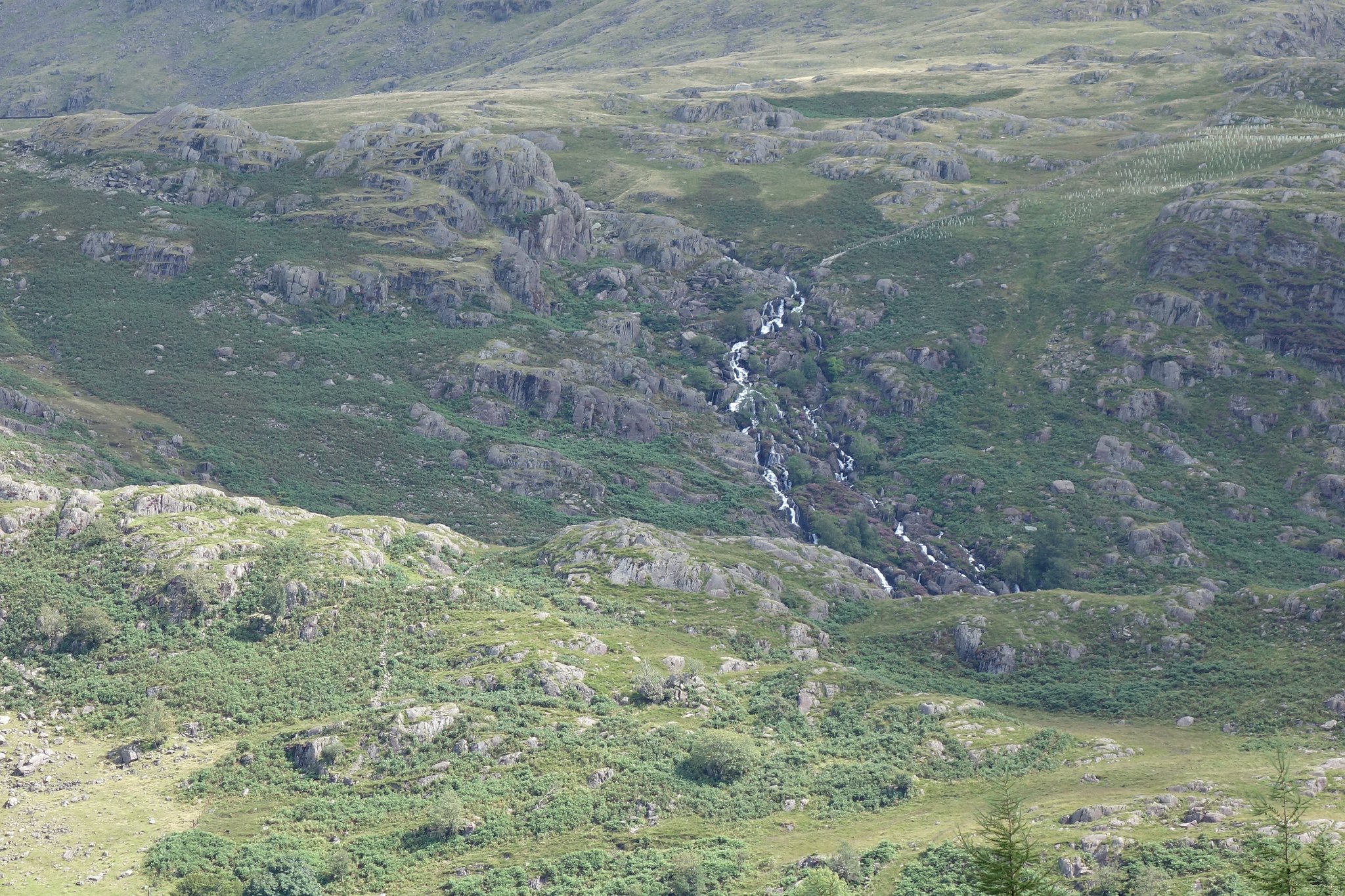 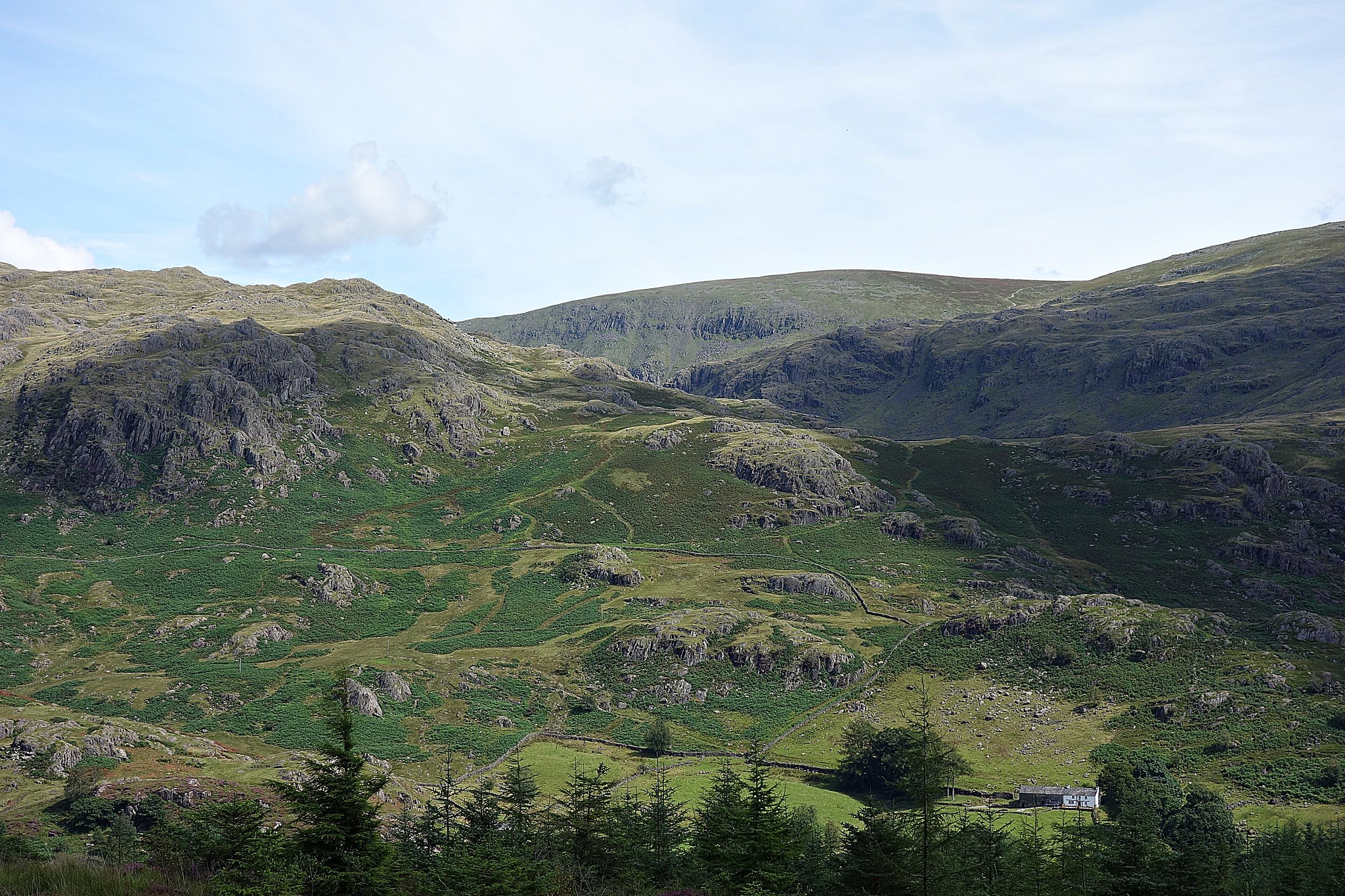 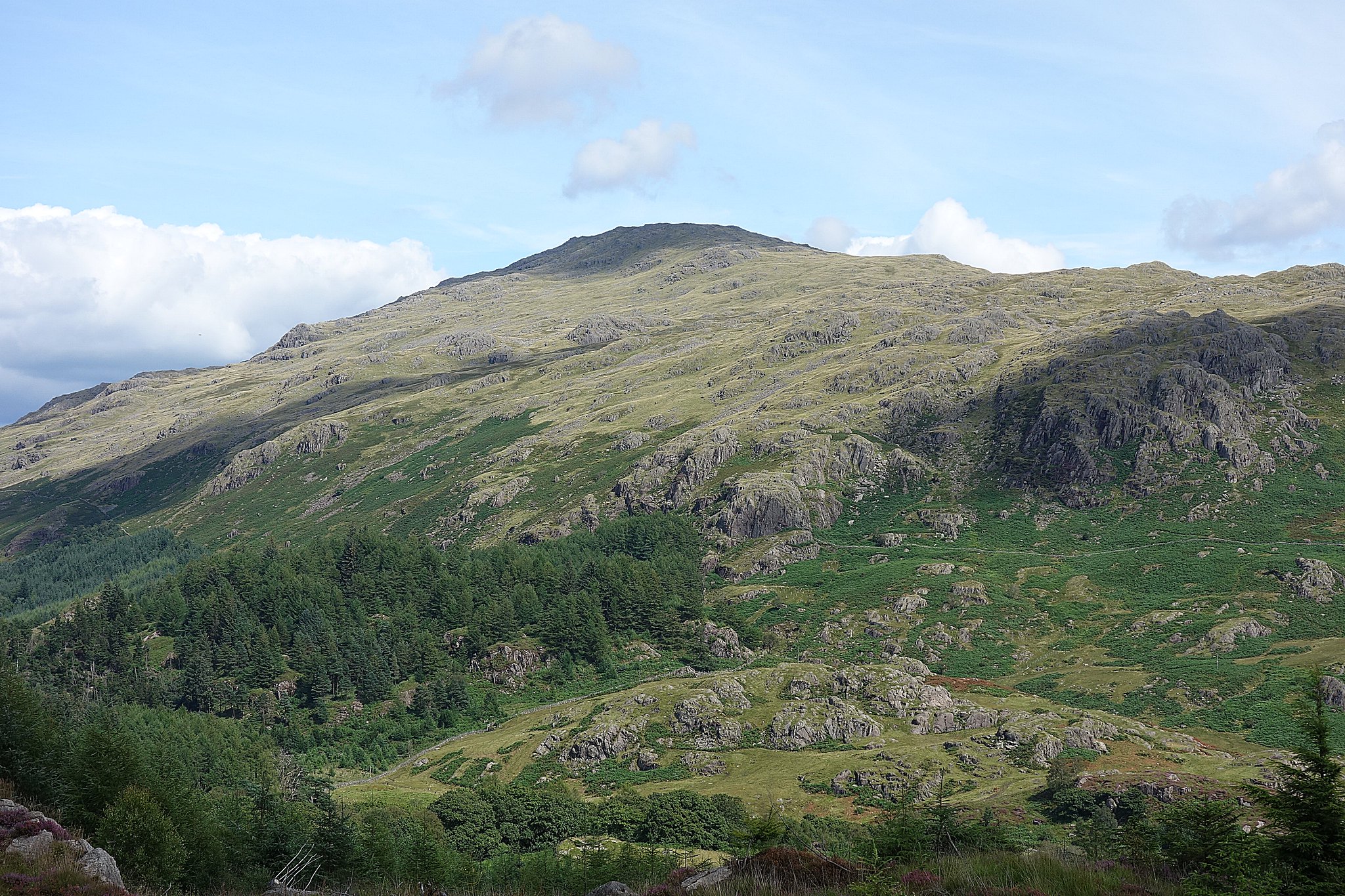 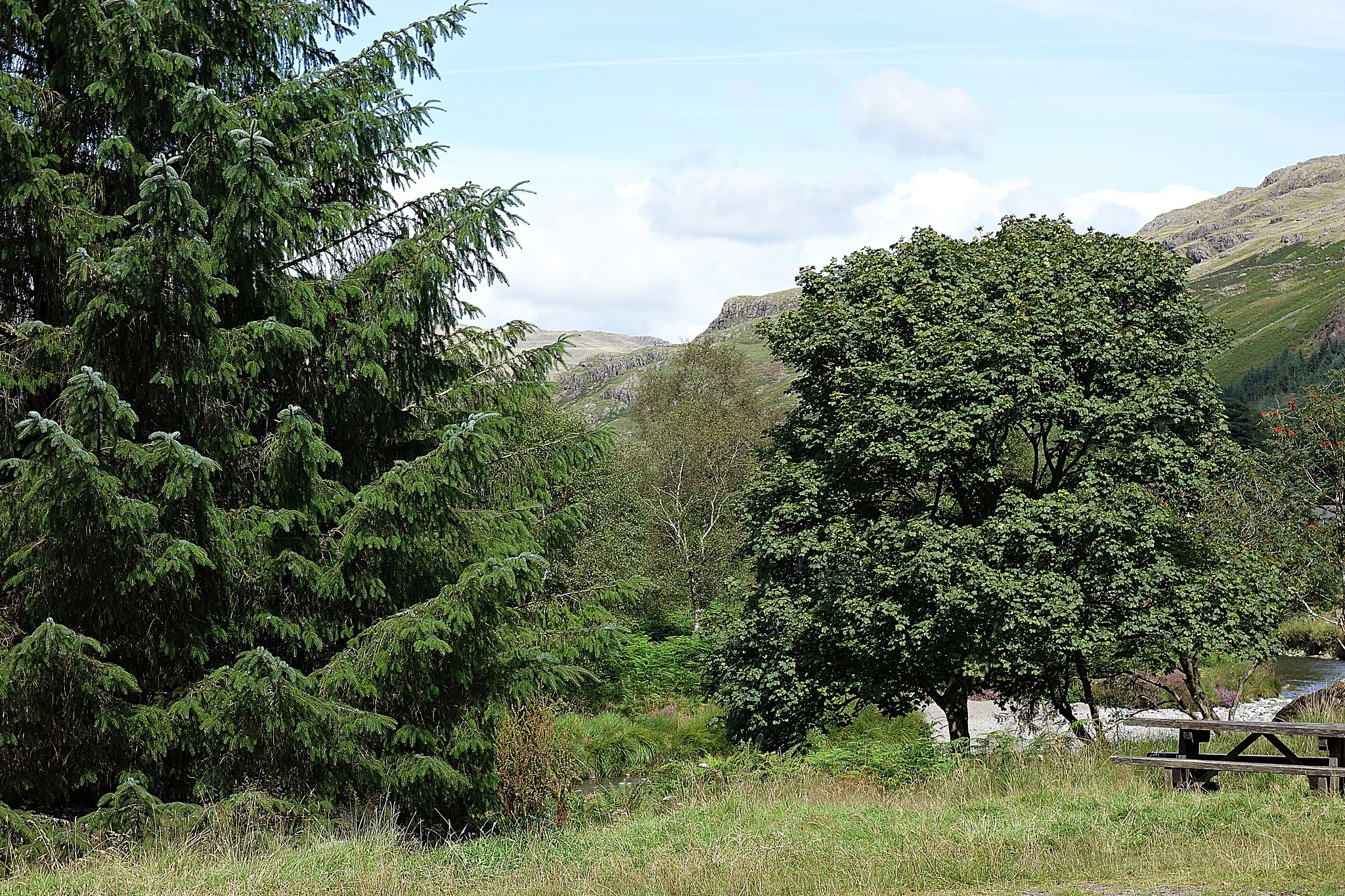 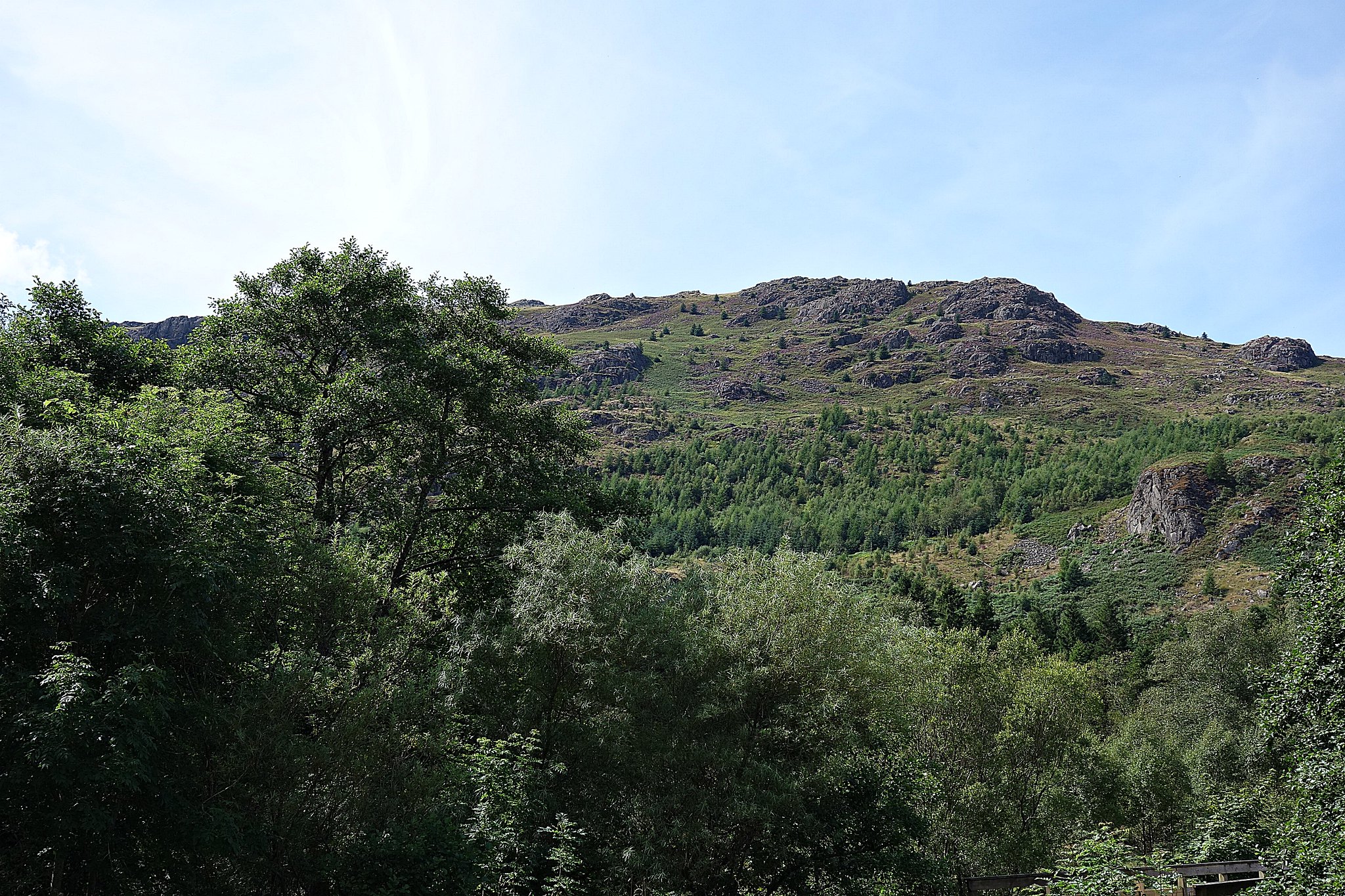 A nice pleasant round trip, the weather was just right, the views are great and its not very busy, certainly quieter than the better known parts of the Lakes. We've Cold Pike and Hardknott to do, a duo we could attempt from Cockley Beck now that we've found this area of the Lakes relatively easy to get to from home in the day.

Re: Nibbling away at the Southern Fells.

Enjoyed your report - some lovely photos showcasing the beauties of the Duddon area, especially colourful with the heather in bloom. Love that part of the Lakes