no rain on Ben Vane

no rain on Ben Vane


So it was back to Inveruglas to carry on my quest to conquer the Munros. I knew the walk well from my last visit to Ben Vorlich. It had been a dull grey rainy morning in Glasgow before I left but as I approached Tarbet there was plenty of blue sky and and i was glad i left a couple of hours later than planned, arriving at the car park about a quarter to one. By the time i reached the bridge between vane and Vorlich i was already down to my shorts and Tshirt and although it wasn`t exactly a hot summer`s day, things were looking good as the surrounding peaks were frequently clear of cloud. After missing the path up vorlich a fortnight before i was determined to take the right path this time and it`s easily found by a small bridge over a fast flowing burn. I wondered if i should bother with my gaiters as the path looked pretty good, but was soon glad i wore them after about 30 seconds after putting them on as i squelched through the boggy path and across the burn. It really is boggy along the start of the path and i was soon knee deep in mud at some parts. It really is a steep path and i felt my calves and thighs burn as i soldiered on. 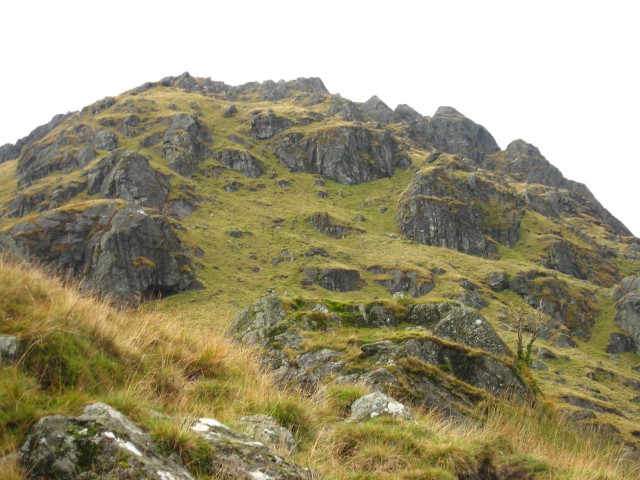 I felt good as i carried on up and was about two thirds of the way up before i met people coming down, who had walked mainly in cloud. It was getting a bit chilly in the breeze and i stopped for some tea and pasta . All around me was clear for a minute or two and then cloud seemed to rise up from the ground and within minutes it was a total whiteout. It was great just watching the cloud appear from nowhere and then just as quickly dissapear. 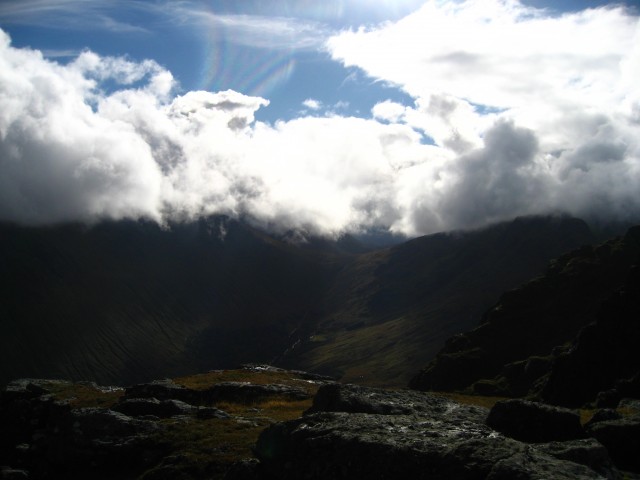 I was soon off again climbing and scrambling up the steep path and felt a light spittle of rain so stuck my waterproof jacket on, but that was the last of the rain. As each peak appeared again and again i thought i was at the top, but had to laugh at myself at the amount of times i do this. I took a wander off the path to my left and climbed up a rock to gaet a view of the glen below and down to loch sloy dam, when what seemed like a rainbow appeared below but it soon formed into a huge rainbow halo, spectacular. I took some pics and then stood directly in front of the sun to cast my huge shadow down the mountain. 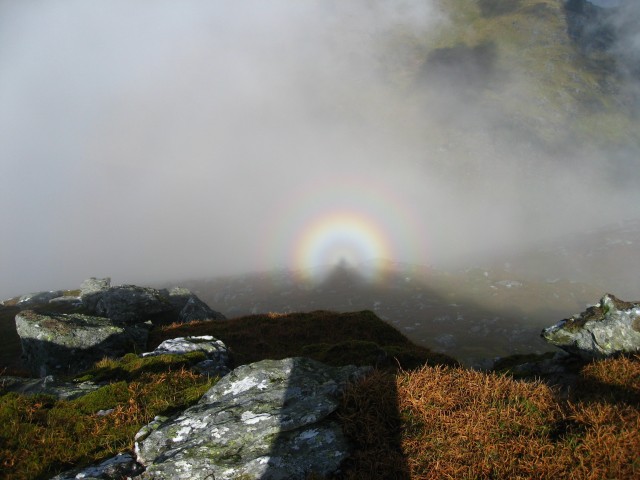 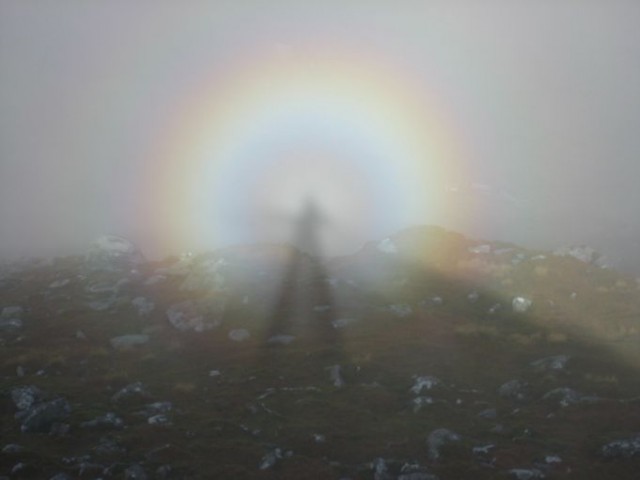 I thought this was great and really enjoyed the final parts where you can climb up through the rocks to the top. I hung around taking some pics and although it was quite clear the clouds wouldn`t quite shift from the surrounding peaks. 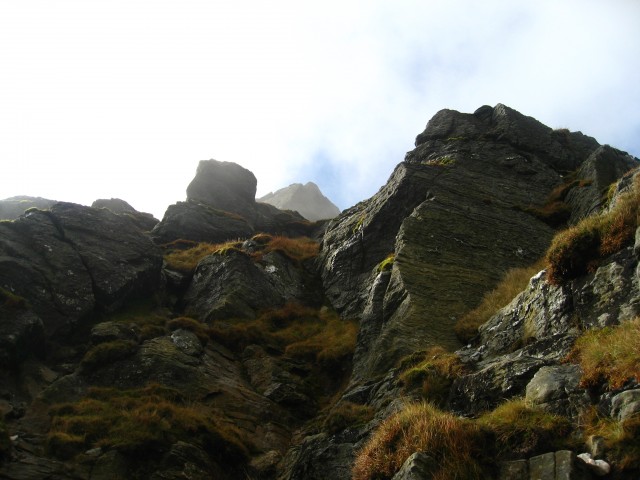 I headed back down, taking care on the steep path finding that i didn`t quite need to clamber down as there are alternative paths around the scrambly bits, and got back to the car about 6ish and feeling quite good about my day.

Like the halo effect photo. This was my younger son's first munro when he was 10 last year - for the shortest munro it's certainly boggier and trickier to walk up than you'd think making it harder than some of its higher cousins

Your halo is a brocken spectre

Nice going tomyboy - good walking in the Alps. After a few decades wandering aimlessly in the hills I am still waiting for a brocken spectre and camera at the same time!

cool, thanks for the link milesy, sounds cool now for me to say i`ve seen a broken spectre

didn`t realise it was such a rare phenomenon

and was it only there because i was there to see it ? kinda like does a a falling tree make a noise if no one`s there to hear it ?

Your Brocken Spectre (and glory - that's the halo bit) was only there 'cos you were there as it stems directly from your shadow being projected onto the cloud by the sun behind you. But the mountain peaks can have their own Brocken Spectre where the shape of the peak is projected onto the cloud - so yes, they do happen when you're not there to see them. Some good photies there - especially like the one looking up one of the scrambles...

mountain coward wrote:Your Brocken Spectre (and glory - that's the halo bit) was only there 'cos you were there as it stems directly from your shadow being projected onto the cloud by the sun behind you. But the mountain peaks can have their own Brocken Spectre where the shape of the peak is projected onto the cloud - so yes, they do happen when you're not there to see them. Some good photies there - especially like the one looking up one of the scrambles...