Broad Cairn and Cairn Bannoch from Glen Doll.gpx Open full screen  NB: Walkhighlands is not responsible for the accuracy of gpx files in users posts

This was my first major walk for some time after I'd done my ankle playing football about 8 weeks ago - a small bone chip. The ankle wasn't quite 100%, but the forecast for Saturday was so good I decided to go for it anyway and take on a route I'd had my eyes on for a while. So up at 6, on the road by 6.45 and into Glen Doll car park by 9, having played dodge the suicidal pheasant all the way down Glen Clova - there were hundreds of the buggers!

From the car park (£2 charge) my route took me through the adjacent picnic area and along an excellent path with the plantation on my left and the River South Esk on my right. After about 15 minutes you come to a bridge that crosses the river...crossing this would take you on an alternative route via Moulzie farm, but I stuck to this side of the river and carried straight on, leaving the trees behind and following a faint path through the tussocky grass. 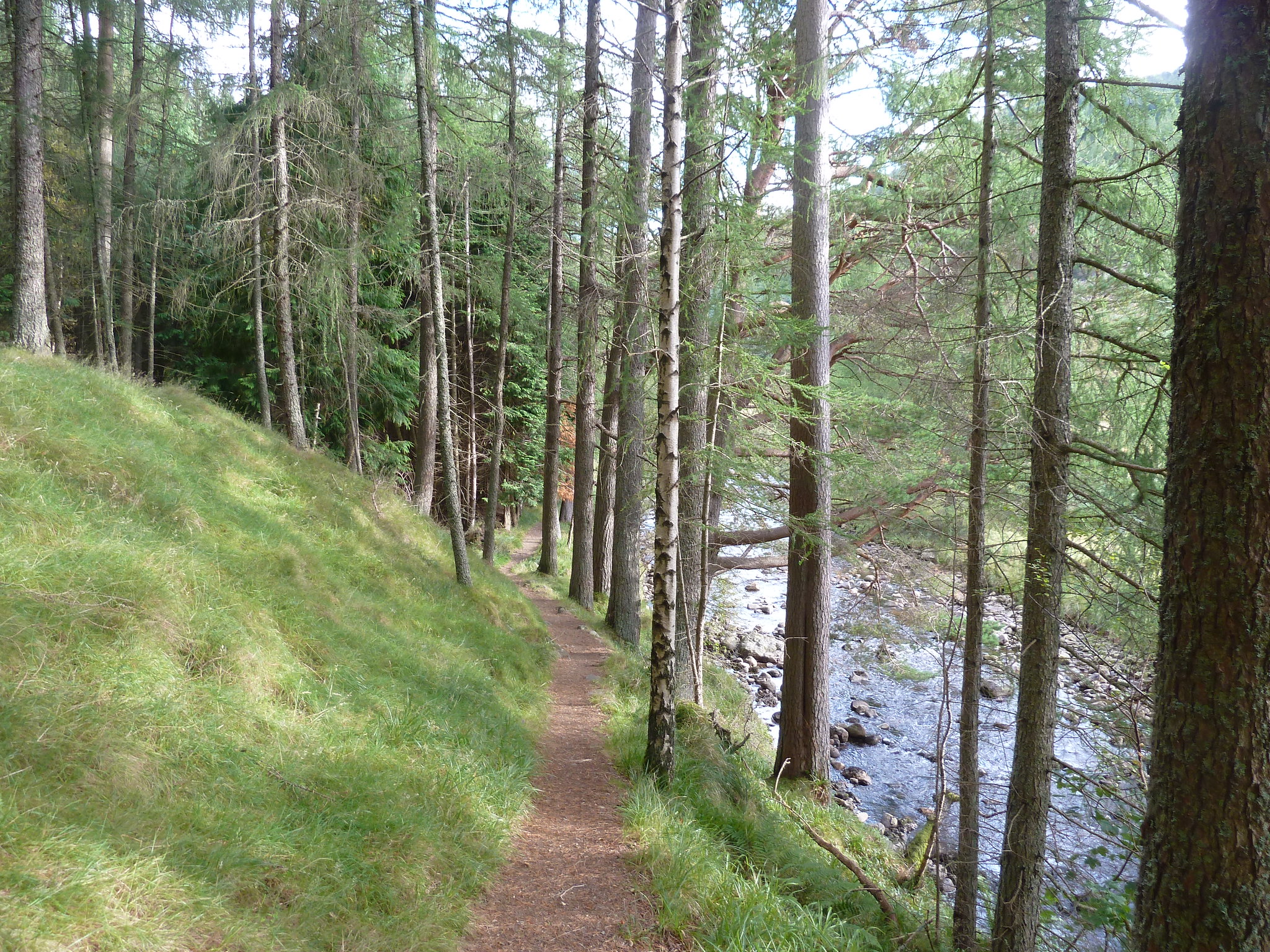 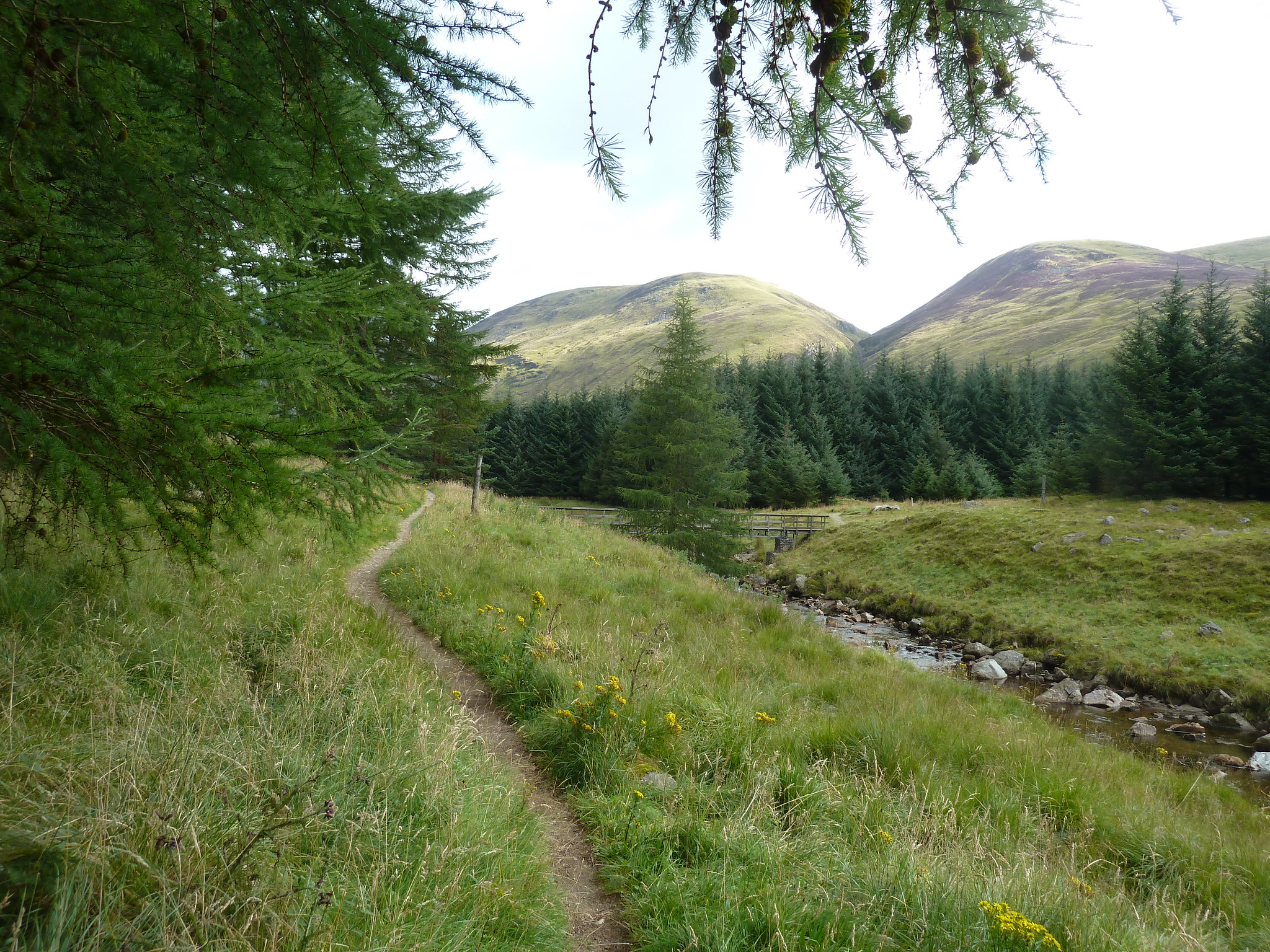 The path eventually meets up with the track coming down from Moulzie. This track leads all the way to Bachnagairn and provides some easy walking for the next few kilometres. After briefly passing through a patch of conifer plantation, the glen opens up before you and its magnificent sweep as it curves left is quite a sight. Just before it sweeps left there is a bridge that I'm sure wasn't there the last time I was here just a year ago. I think a bridge had been here and been swept away, and this is its replacement. If you were coming via Moulzie then you'd be crossing this bridge to join up with the track to Bachnagairn. 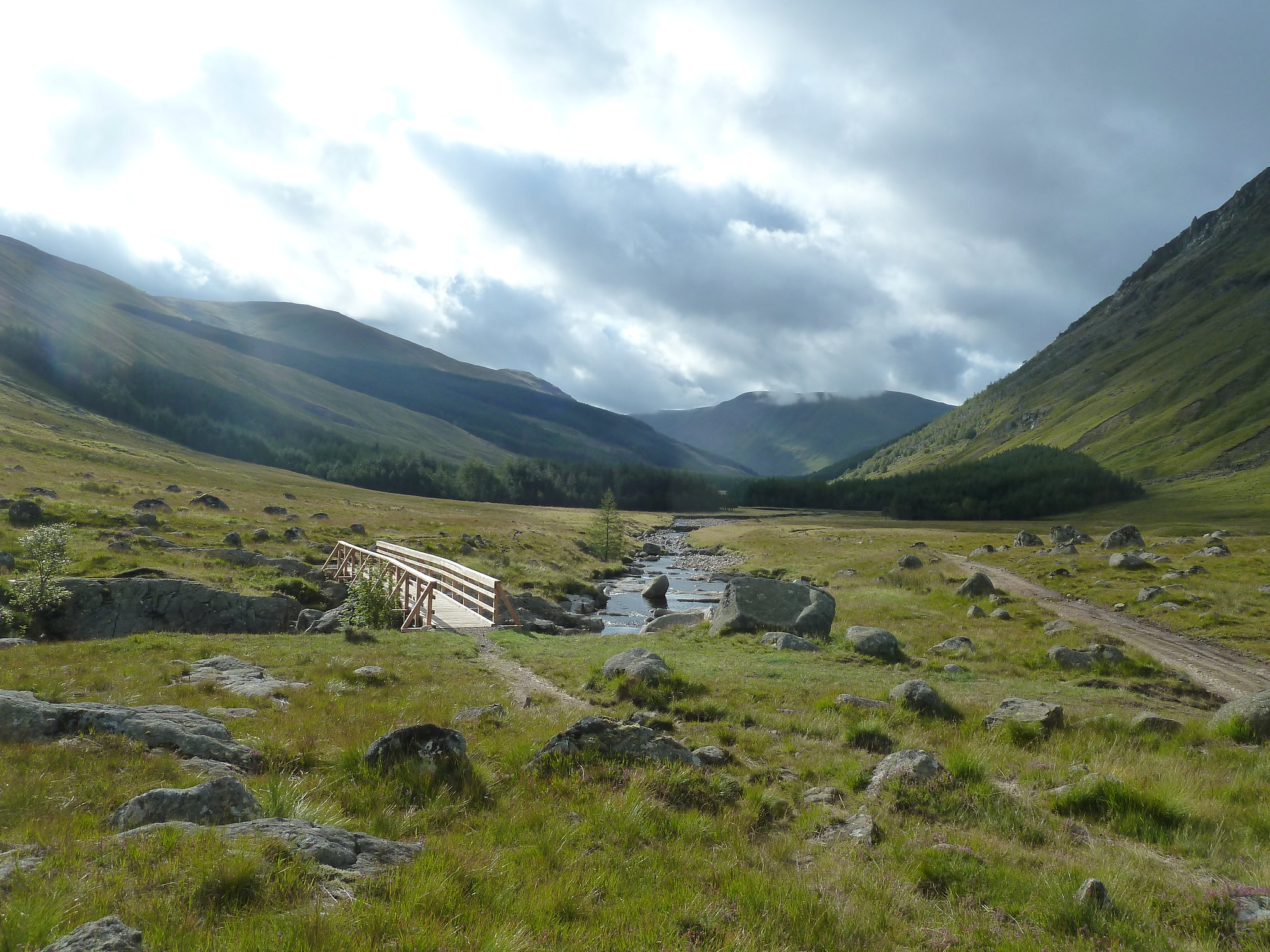 Looking back down River South Esk, with new bridge

After taking the left turn the path begins to climb, gradually at first, and the trees of Bachnagairn come into view. Just short of these the track ends and a footbridge takes you into this delightful woodland. 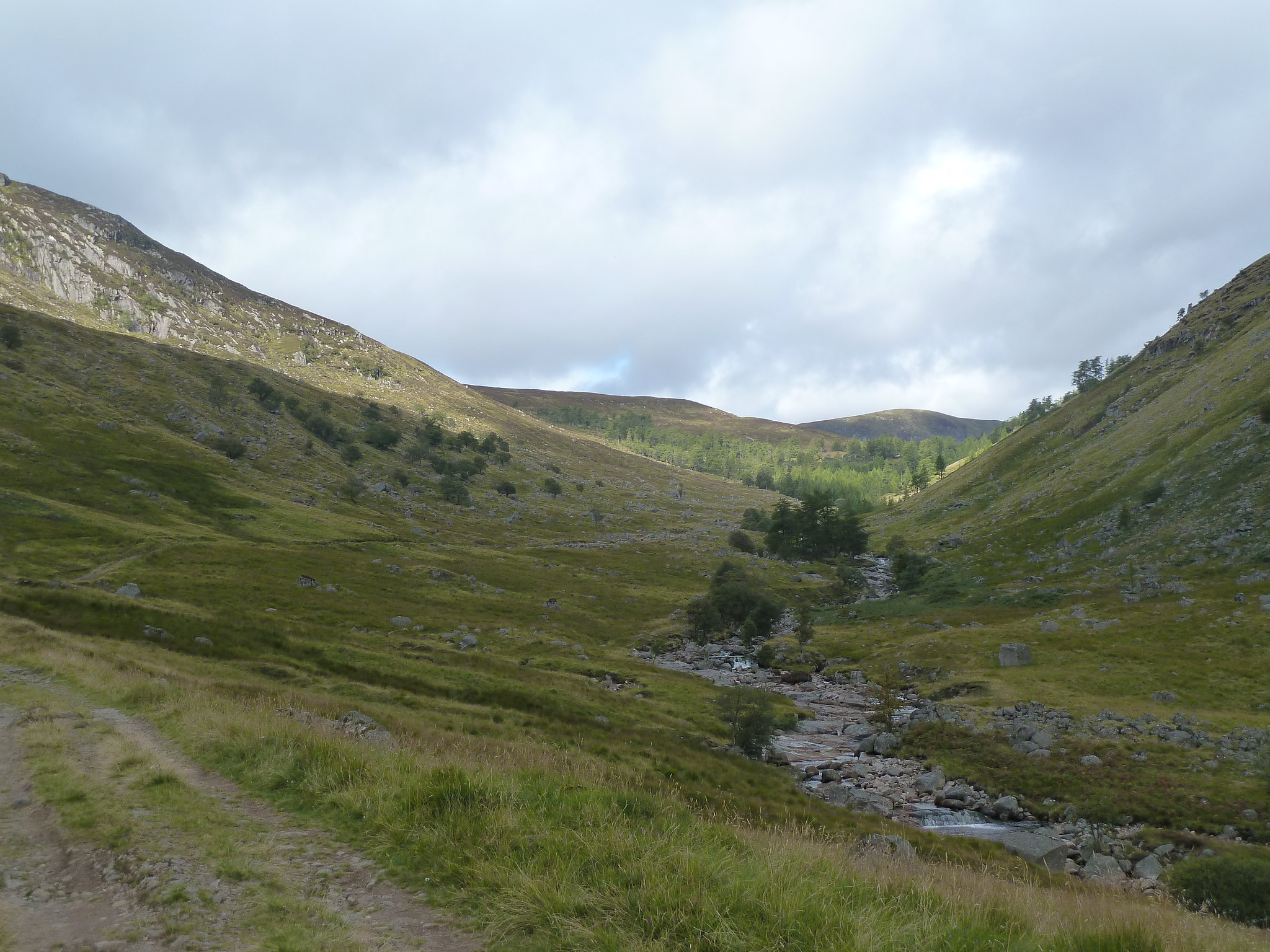 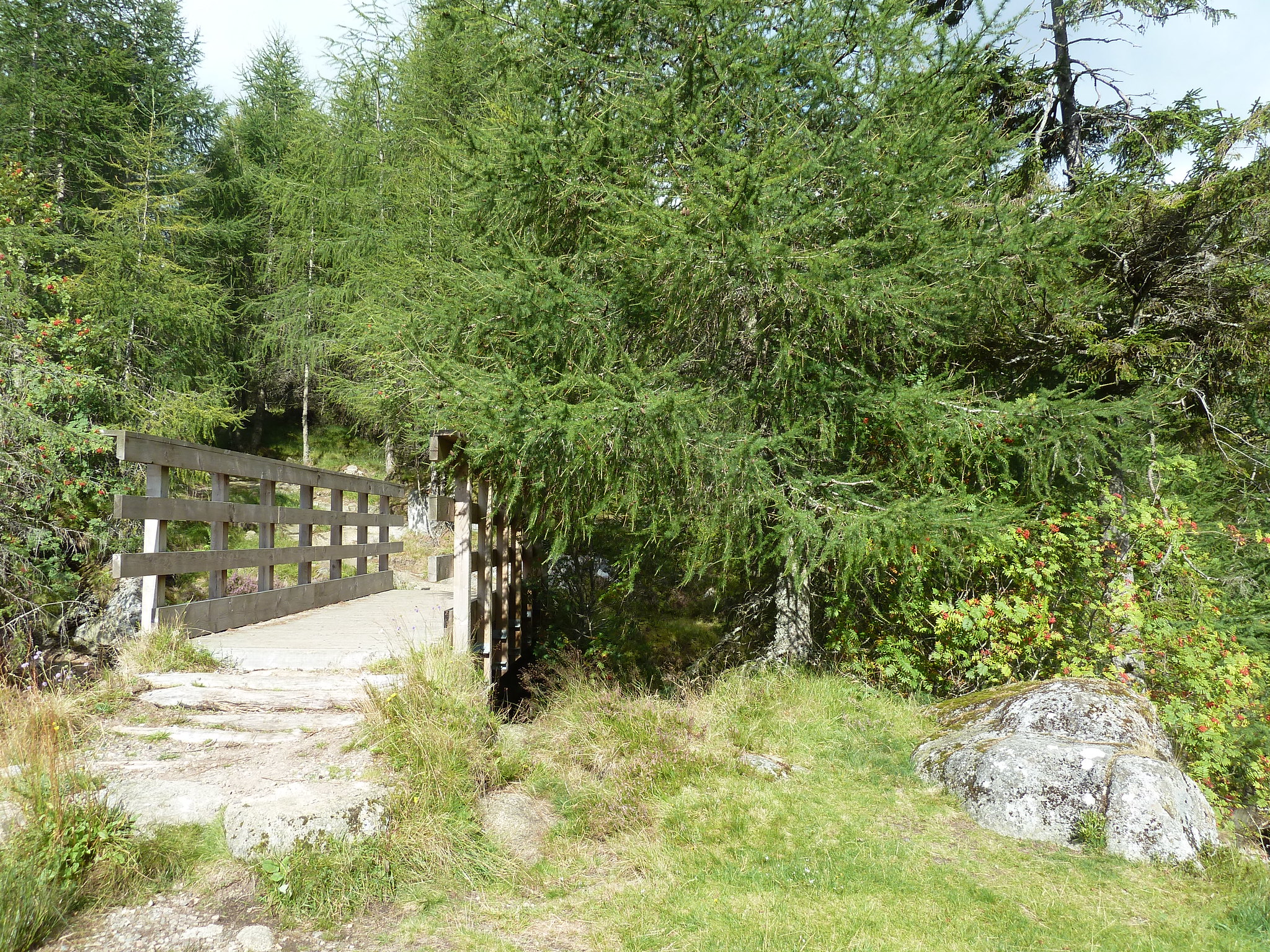 Footbridge at entrance to Bachnagairn

After crossing the bridge and entering the woods the path climbs for a few hundred yards before the first real navigation point is reached. You need to look out for a path branching off to the right and crossing the river on a bridge similar to the one you've just crossed to enter the wood. There's an impressive waterfall nearby, so just listen out for that and keep your eyes peeled! 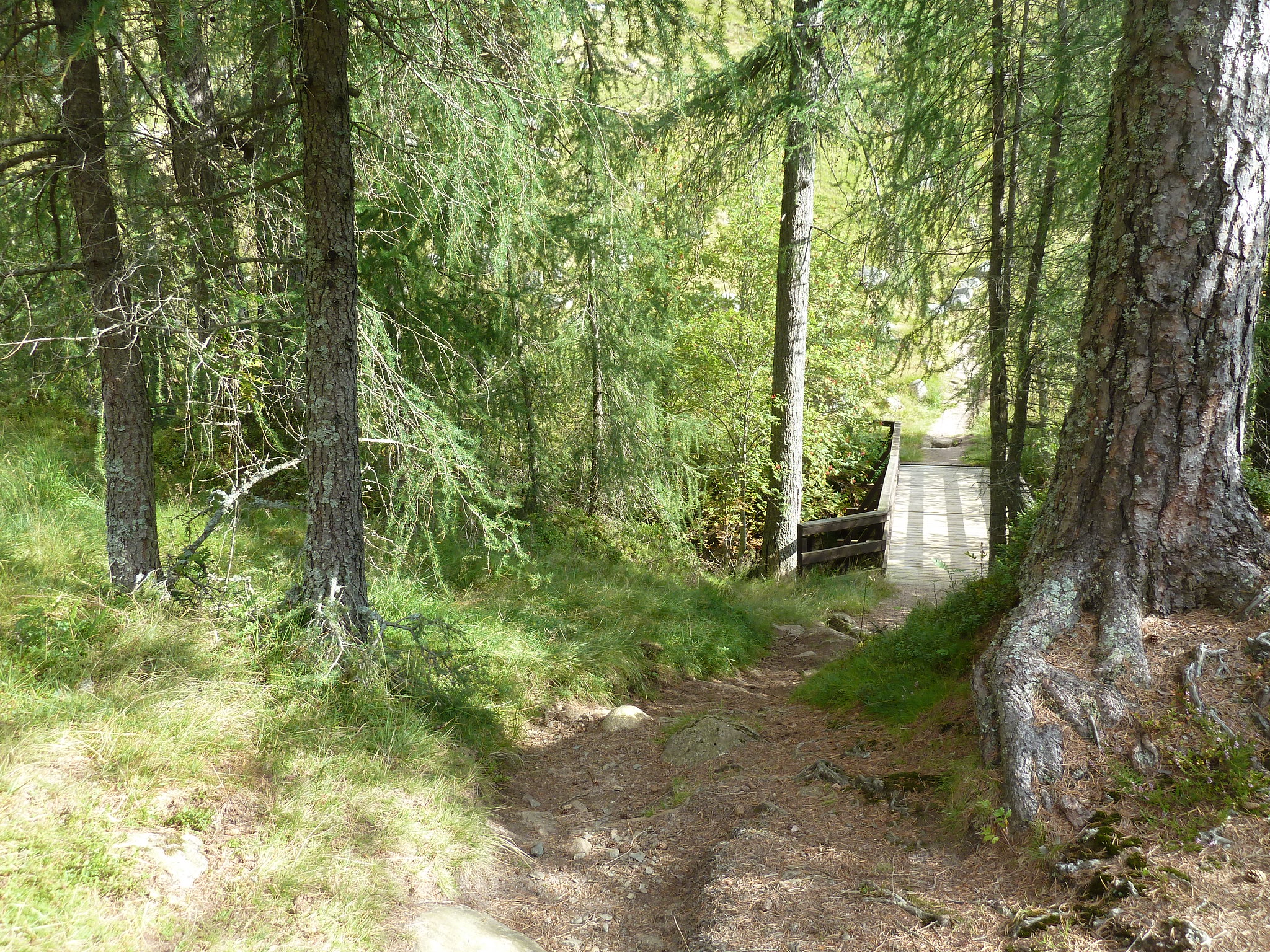 Bridge over the River South Esk

It's now time do gain some serious height and the path steepens significantly. The trees are soon left behind and height is gained quickly on an excellent, well-made path. Maybe a bit too well-made for some tastes - a bit unnatural perhaps, but my dodgy ankle had started complaining a bit by this point, so I was glad of some easy going underfoot. About now I decided to stop for some breakfast and take in the view back down where I'd just come from. 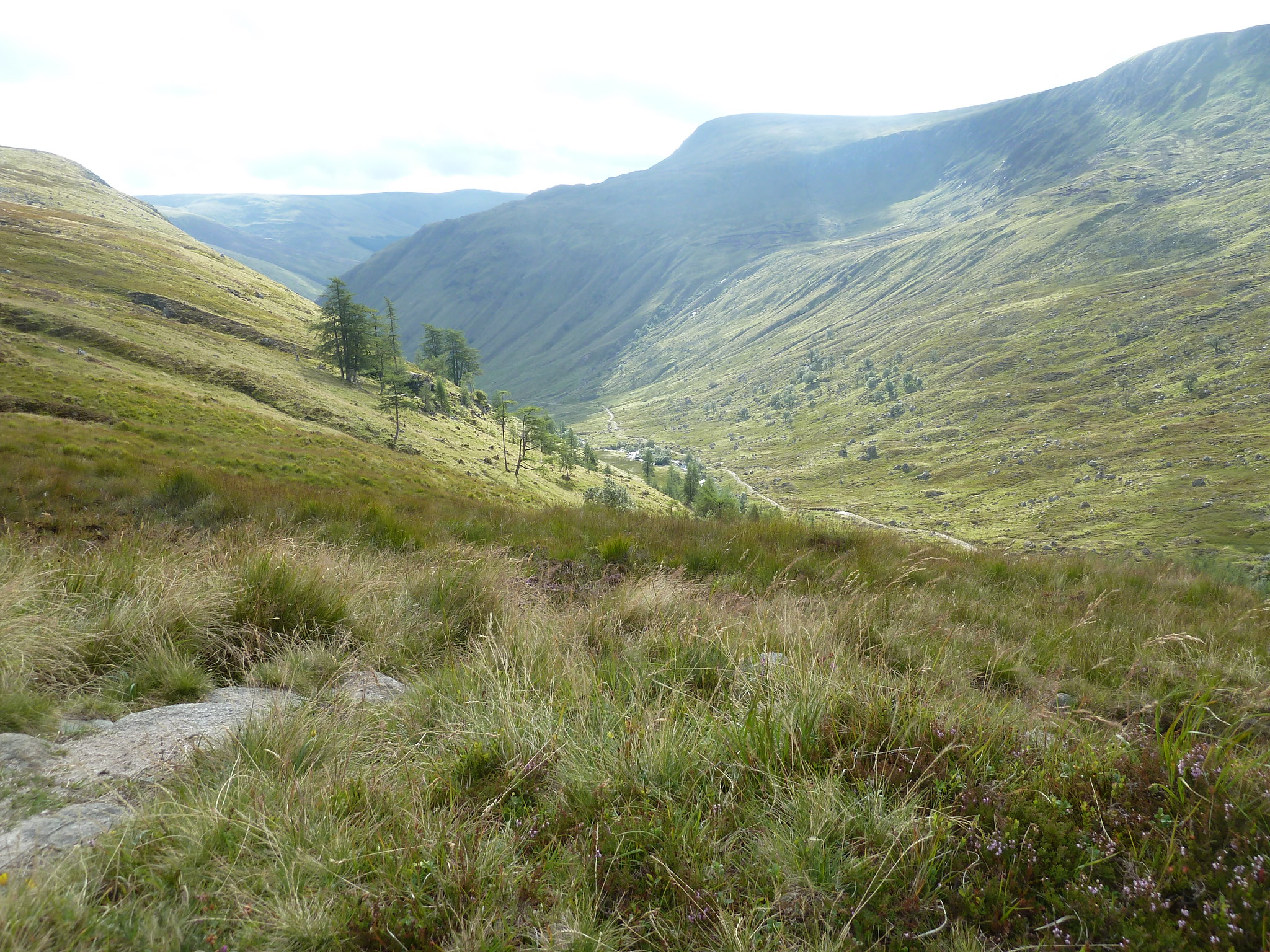 Having refreshed myself with banana, juice, chocolate and tobacco I resumed climbing the wonderful path and soon the two Munros on today's walk appear, looking reassuringly close. 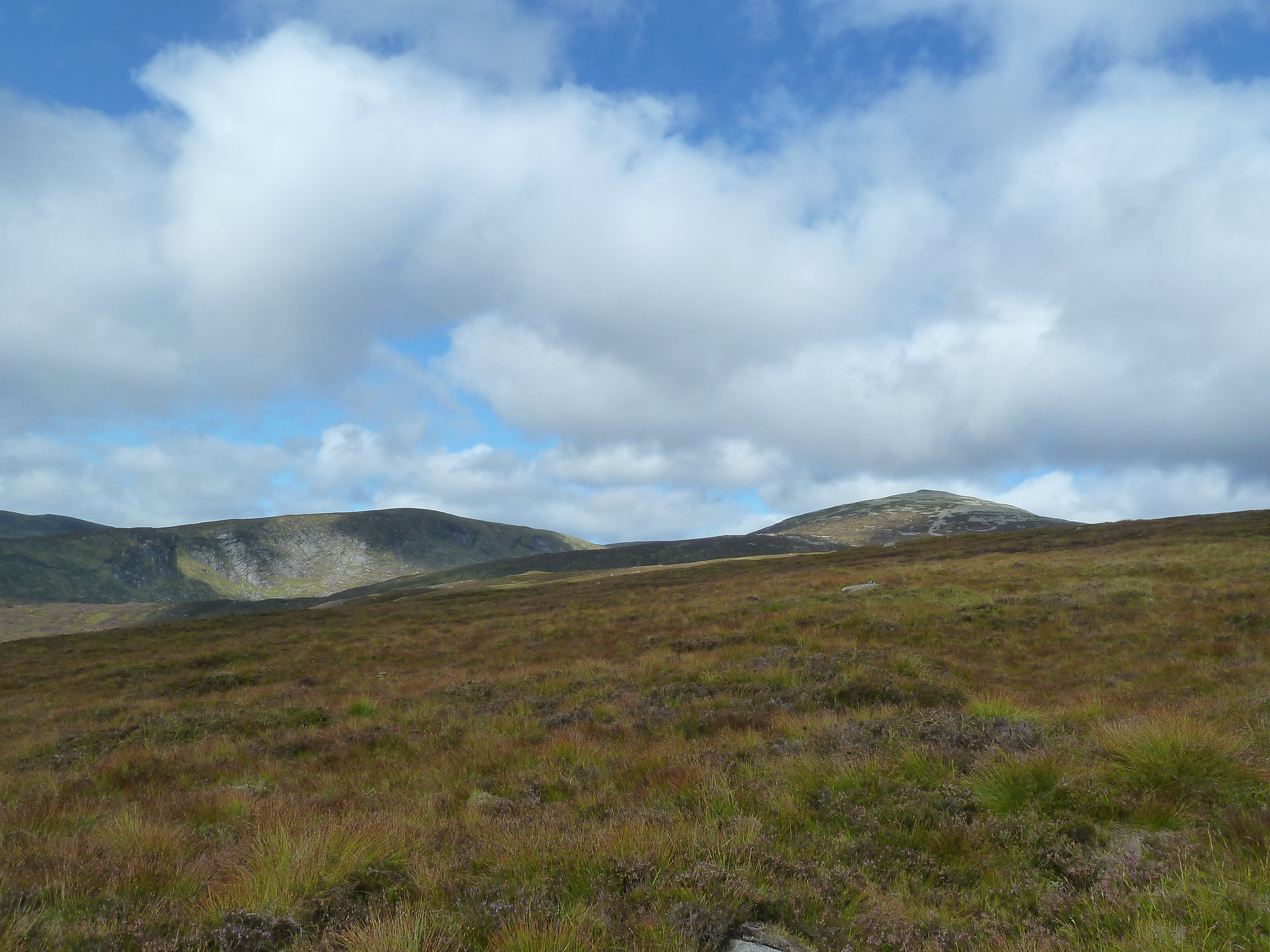 The steepness gradually eases off and soon Loch Muick comes into view. At about this point the path coming up from Spittal of Glenmuick joins up with your path. On a day like today the route is obvious - turn left and climb gradually up to the summit of Broad Cairn. The path eventually peters out near the summit amid a brief boulder field but way ahead is obvious and I reached the summit three hours after leaving the car park. 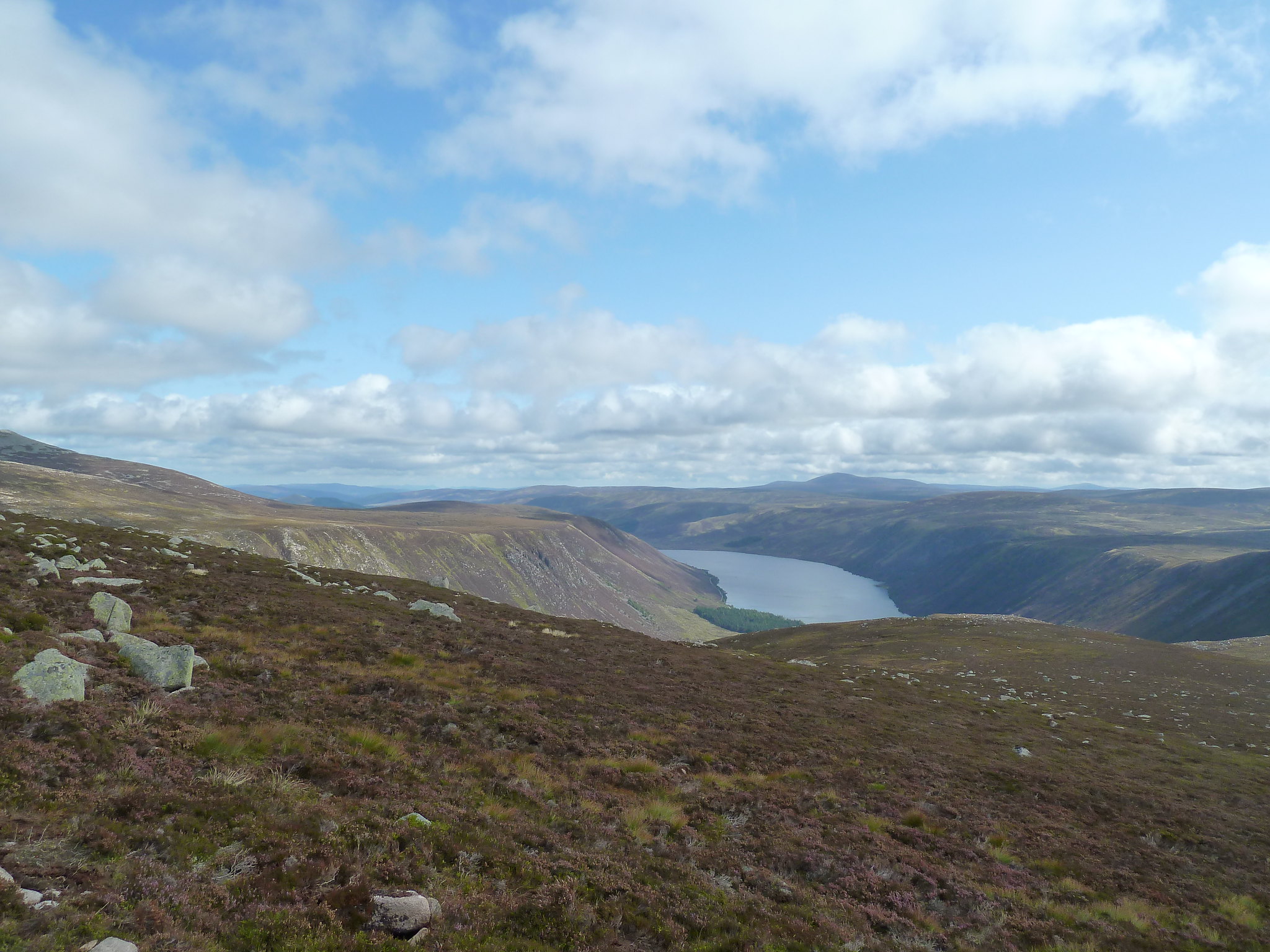 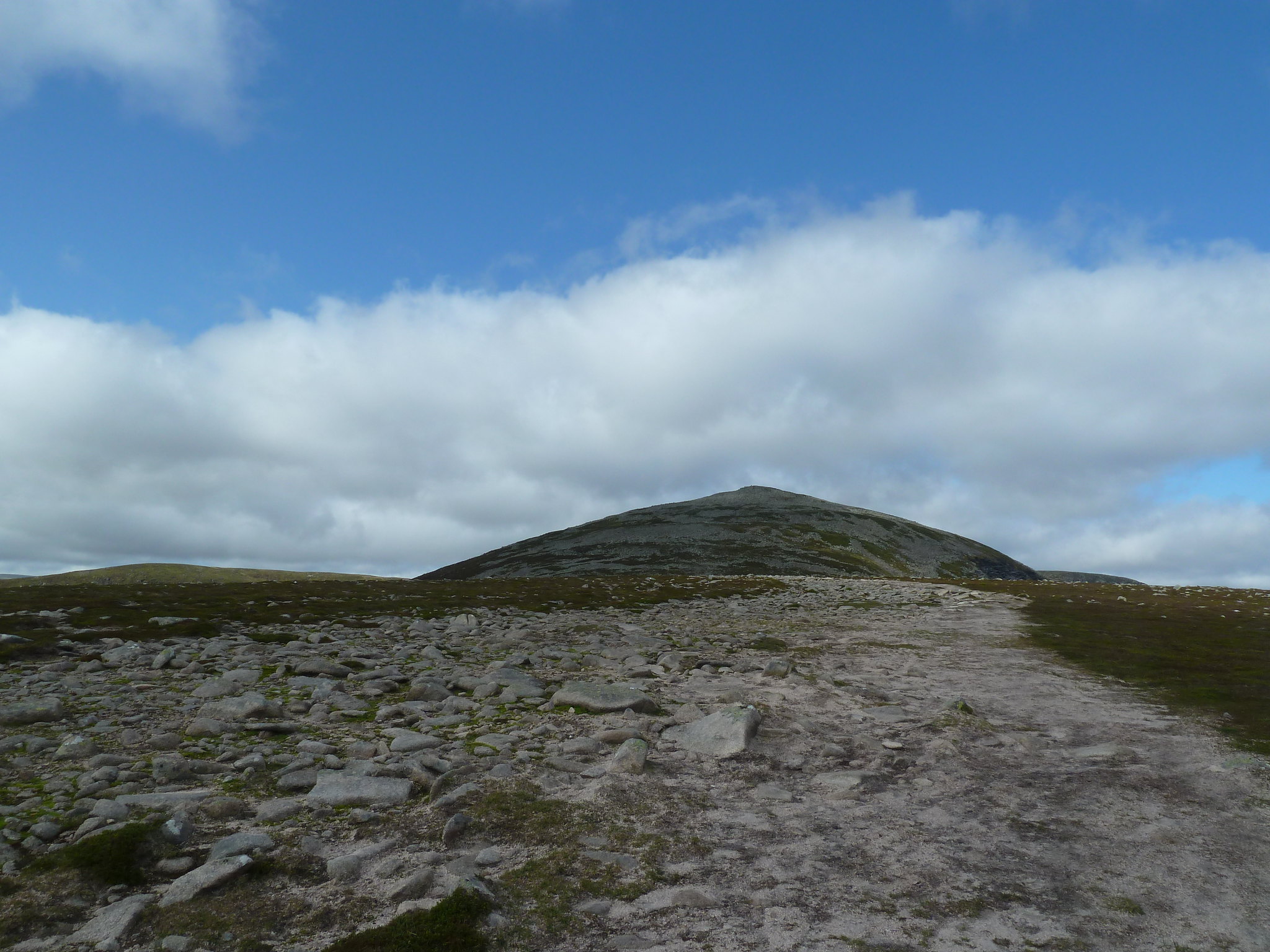 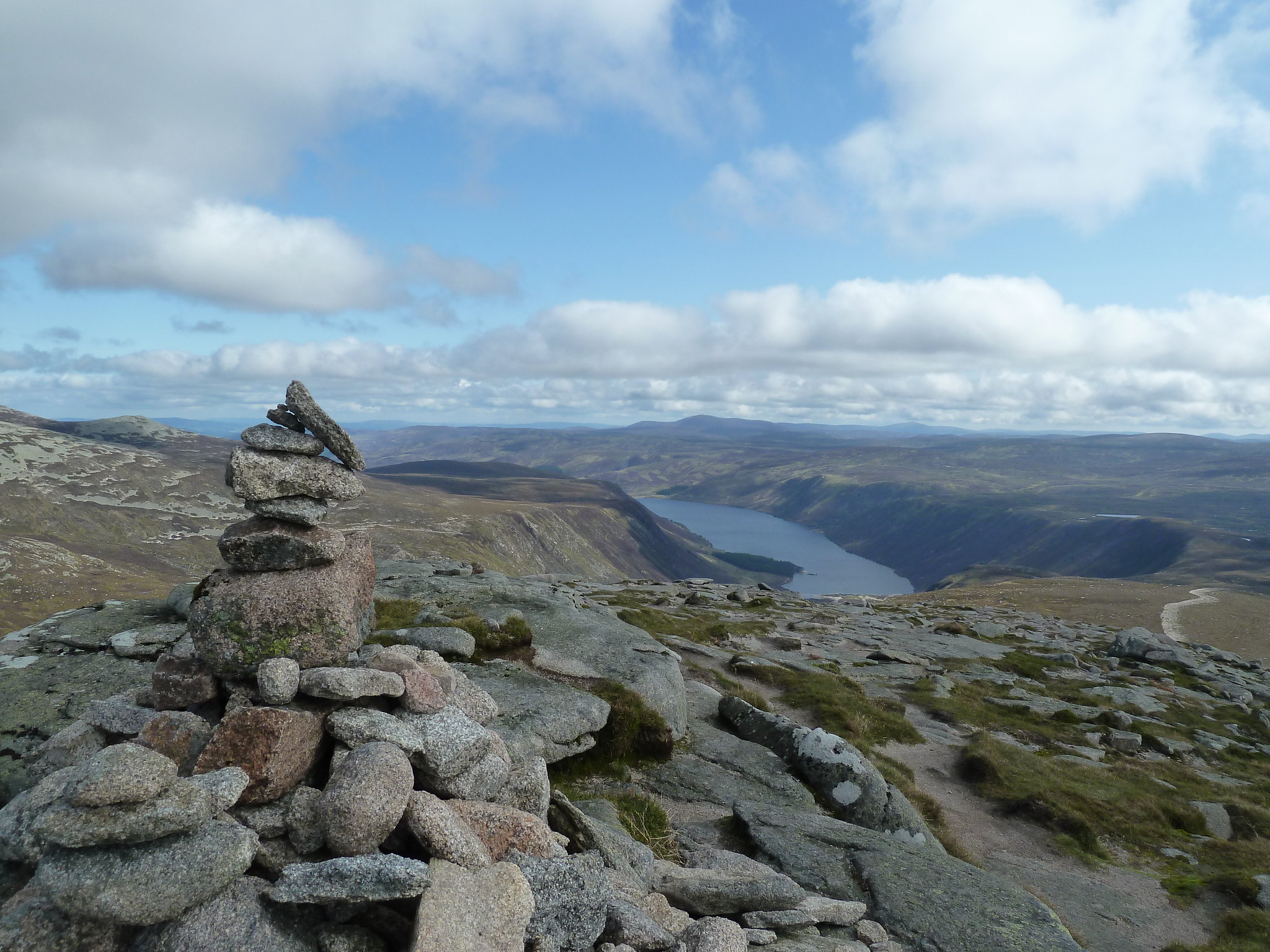 From the summit of Broad Cairn, Cairn Bannoch looks really close and with minimal descent it would be a very straightforward job to stroll across to it in less than 30 minutes I would imagine, but I decided to take a bit of a detour. Once off the summit the clear path heads straight for Cairn Bannoch, but a few fainter paths head off to the right, heading for Creag an Dubh-loch, and I fancied checking out Dubh Loch which looked on the map as if it might be a nice view...and I'm so glad I made the effort. You need to go over the top of Creag an Dubh-loch and up to the edge of the cliffs, but the views are spectacular and this was an easy choice as the spot to stop for lunch. 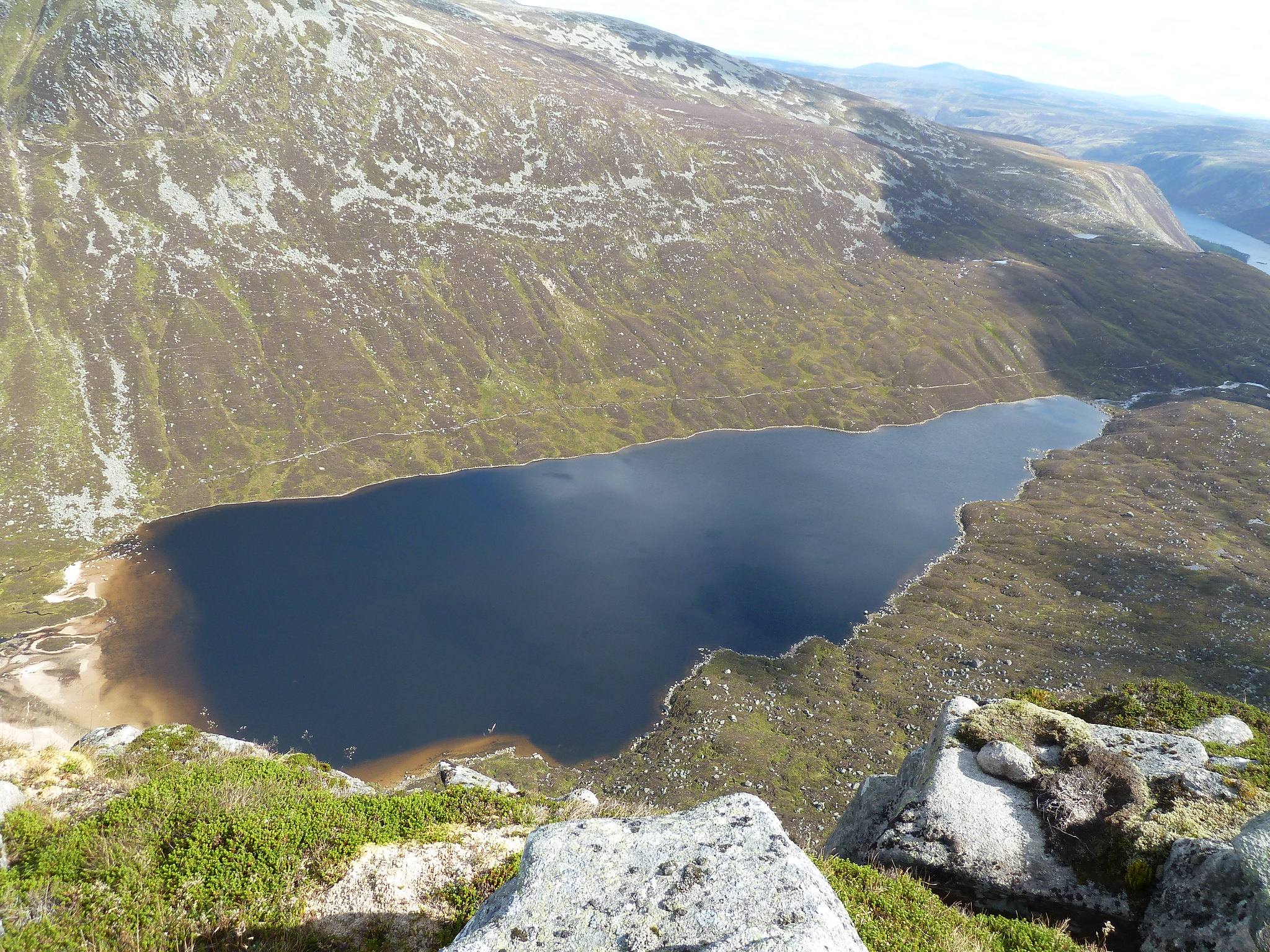 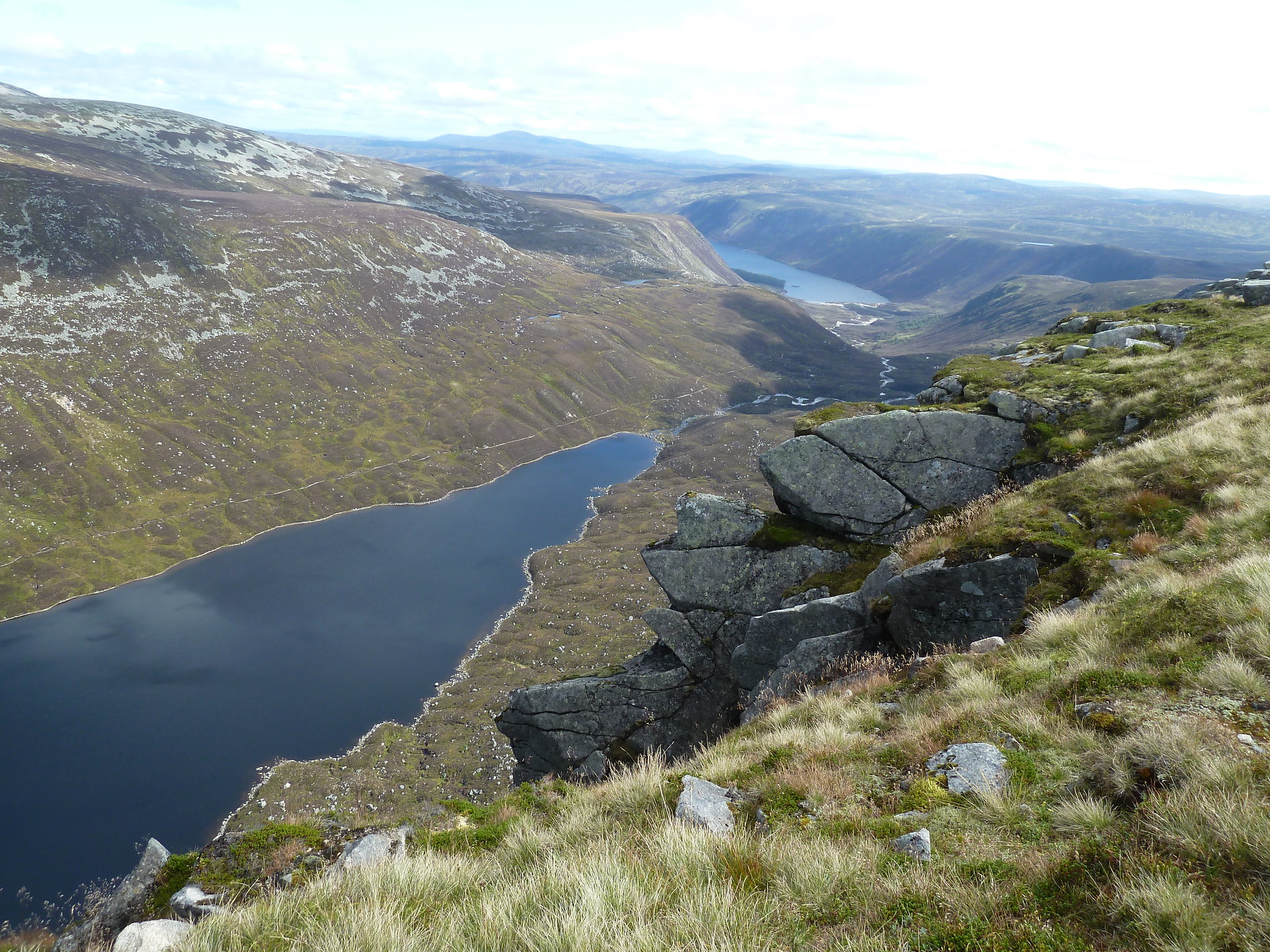 I'm sure the route I took from my lunch spot overlooking Loch Dubh wasn't the quickest or the most efficient, but it wasn't too bad. No paths, just an annoying descent into a rather wet area and then a straightforward climb up the side of Cairn Bannoch before rejoining the main path. The hill was quite busy at this point with dog-walkers and cyclists all over the place. 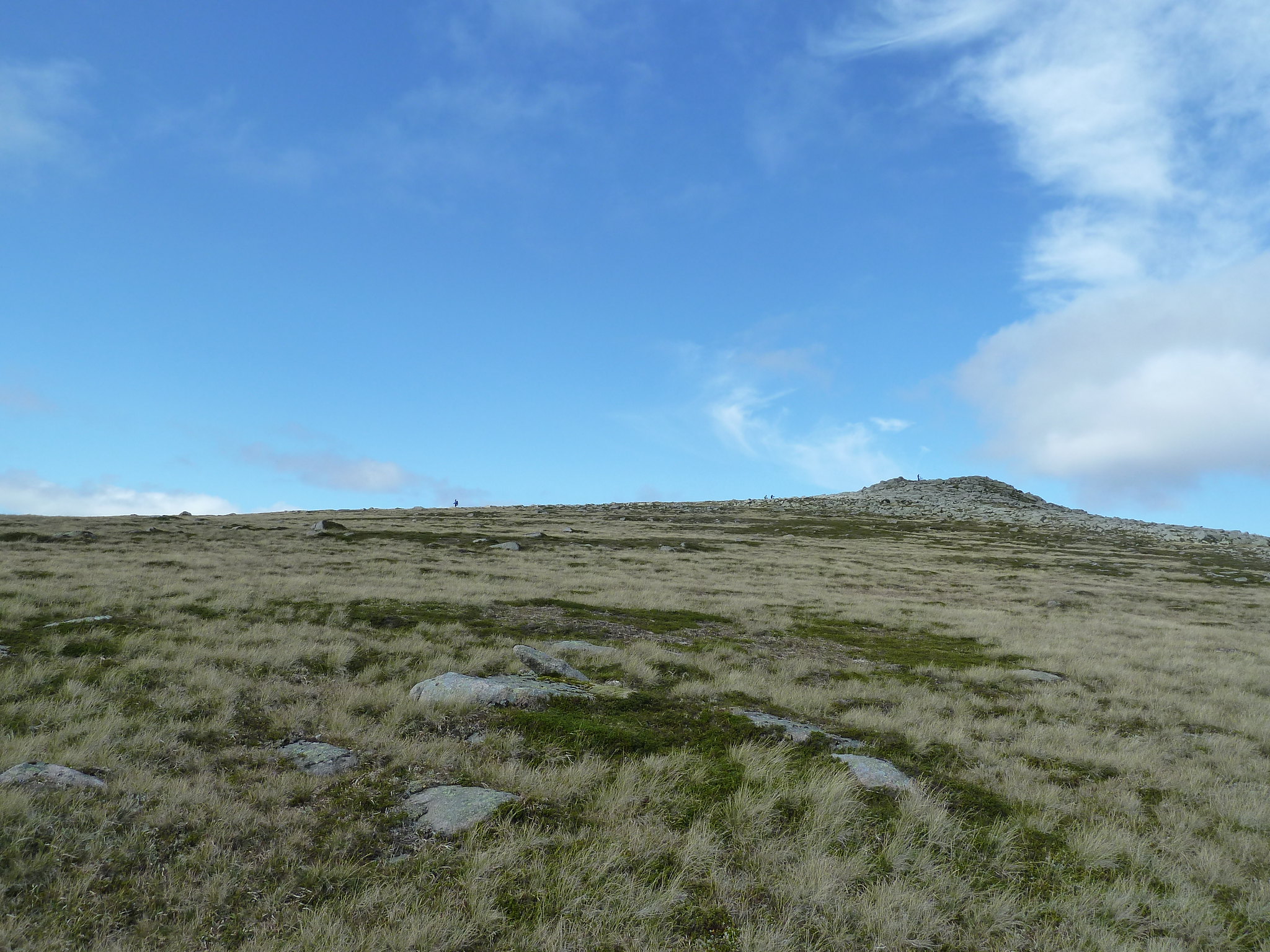 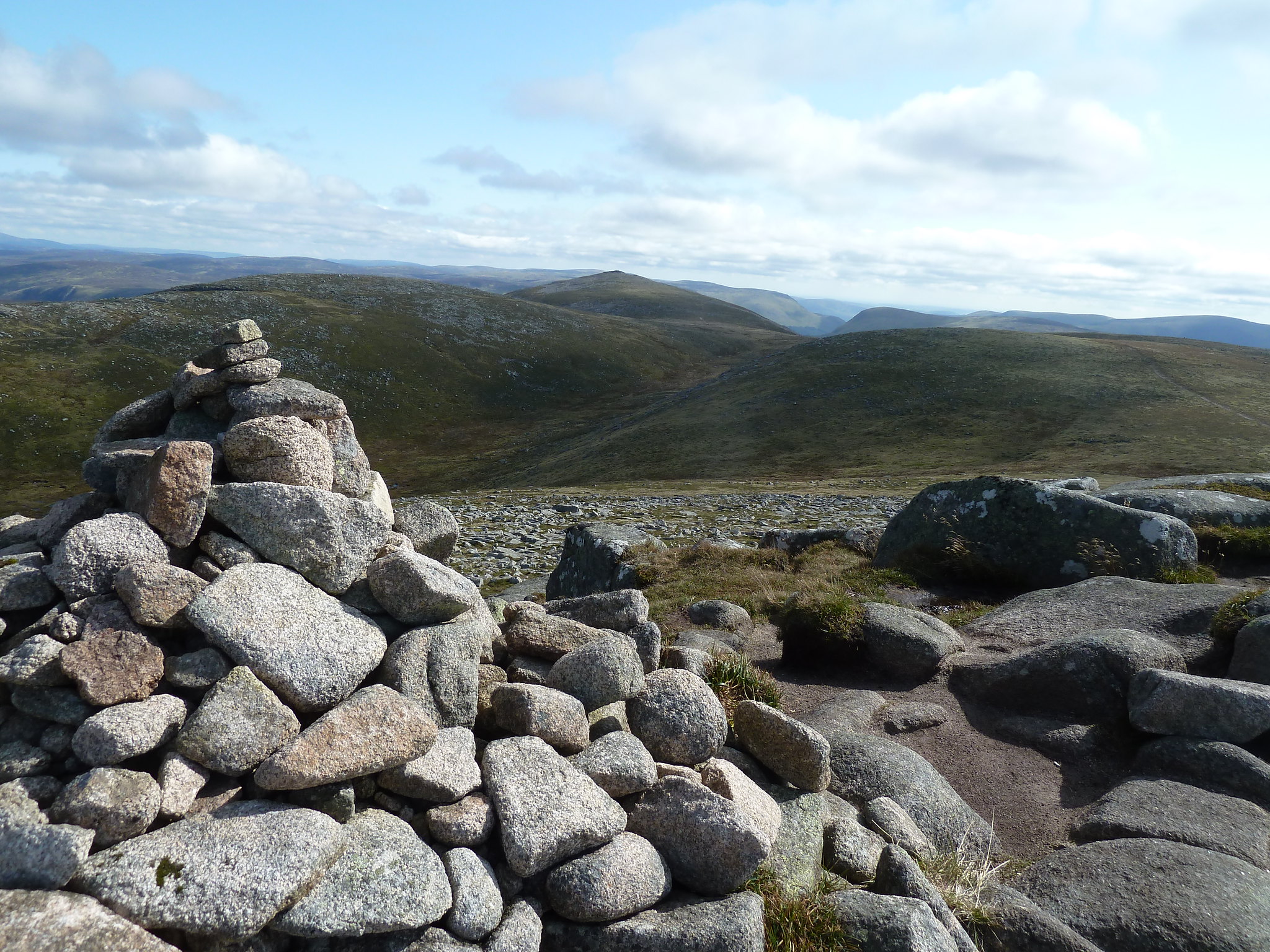 Looking due west from the summit of Cairn Bannoch you can see a couple of cairns, and indeed a path branches off to the left from the main track off the summit and leads you past the cairns and down the Shank of Fafernie - a broad "ridge" that seems more like a plateau. Keep following this due south and eventually you join up with Jock's Road which takes you over Crow Craigies and all the way back to the car park. I did not enjoy this section of the walk one little bit. Maybe I was getting tired, maybe it was the relentless wind in my face all the way down, maybe having bagged my two Munros I just wanted to be back in the car, or maybe it really is just a bit of a featureless trudge, but until you descend into Glen Doll and get a bit of shelter it is just a matter of getting the head down and entering that zen state of mind where you just put one foot in front of the other to try and eat up the kilometres. 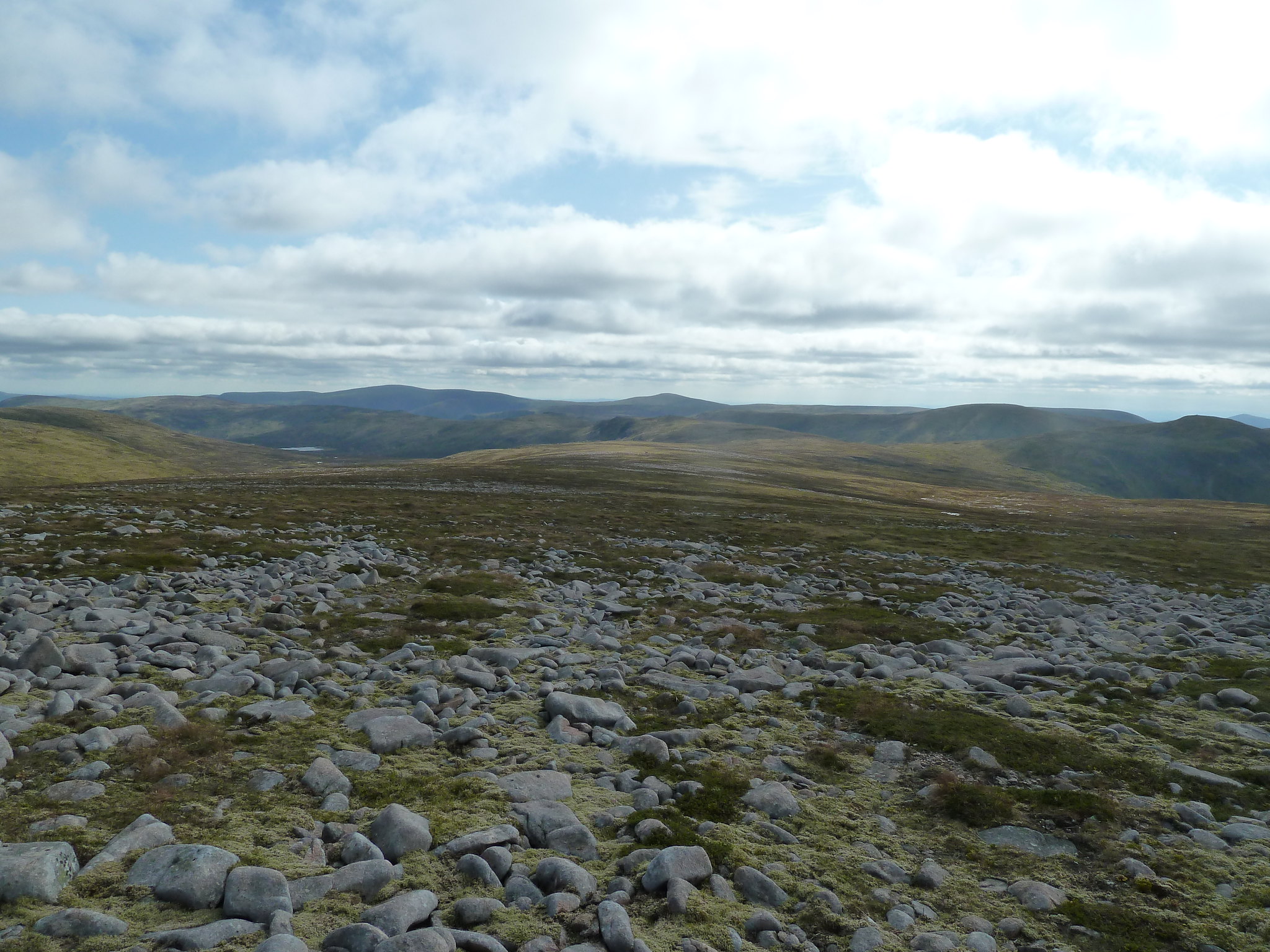 The wild and windy moors of Fafernie

Once you reach the shelter known as Davy's Bourach (erected in memory of some walkers who lost their lives on this path I believe), you really are on the last leg...albeit a rather long leg. Eventually you re-enter the forest and then it's very easy going on smooth paths (and aching legs) back to the car park. 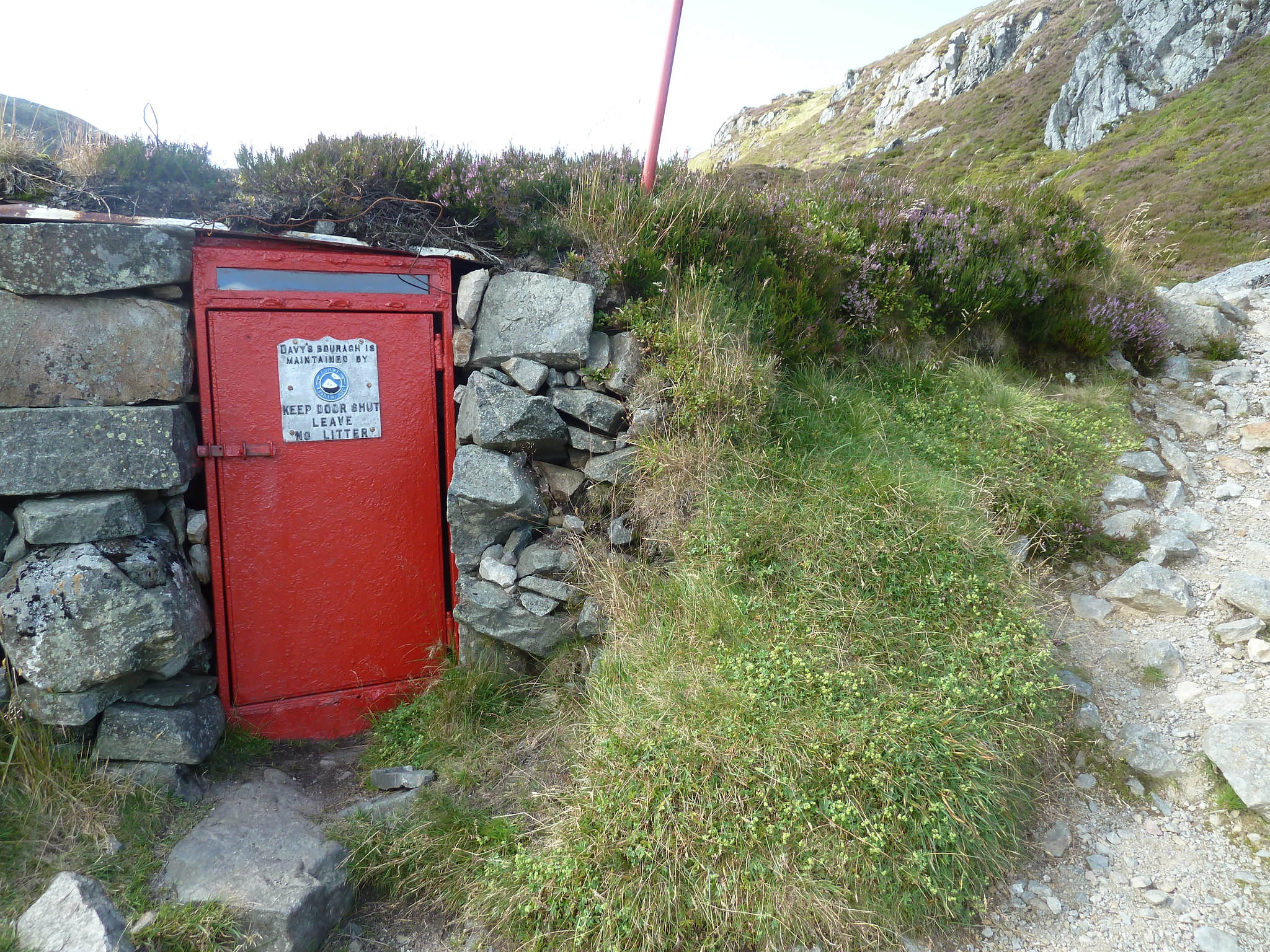 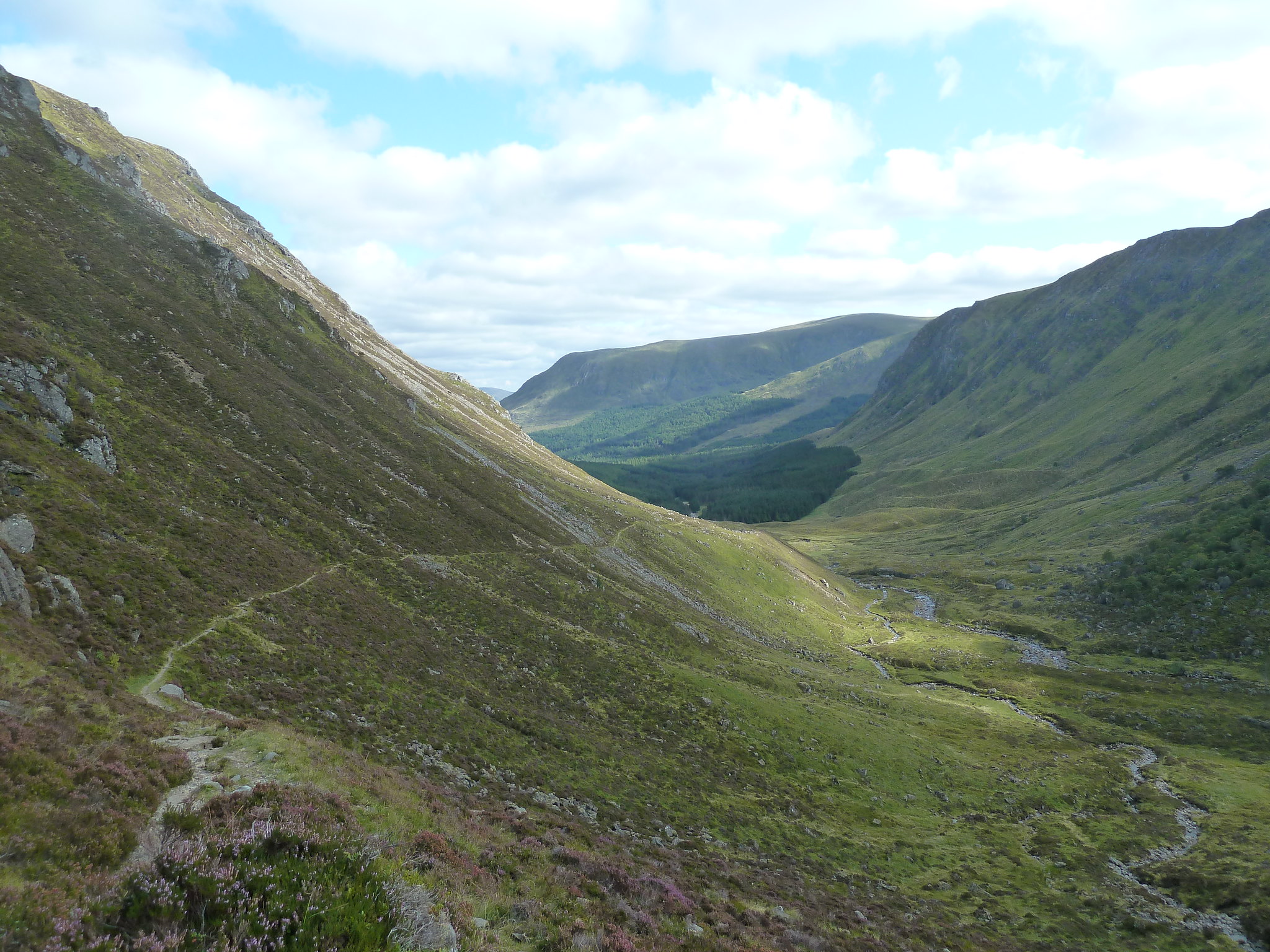 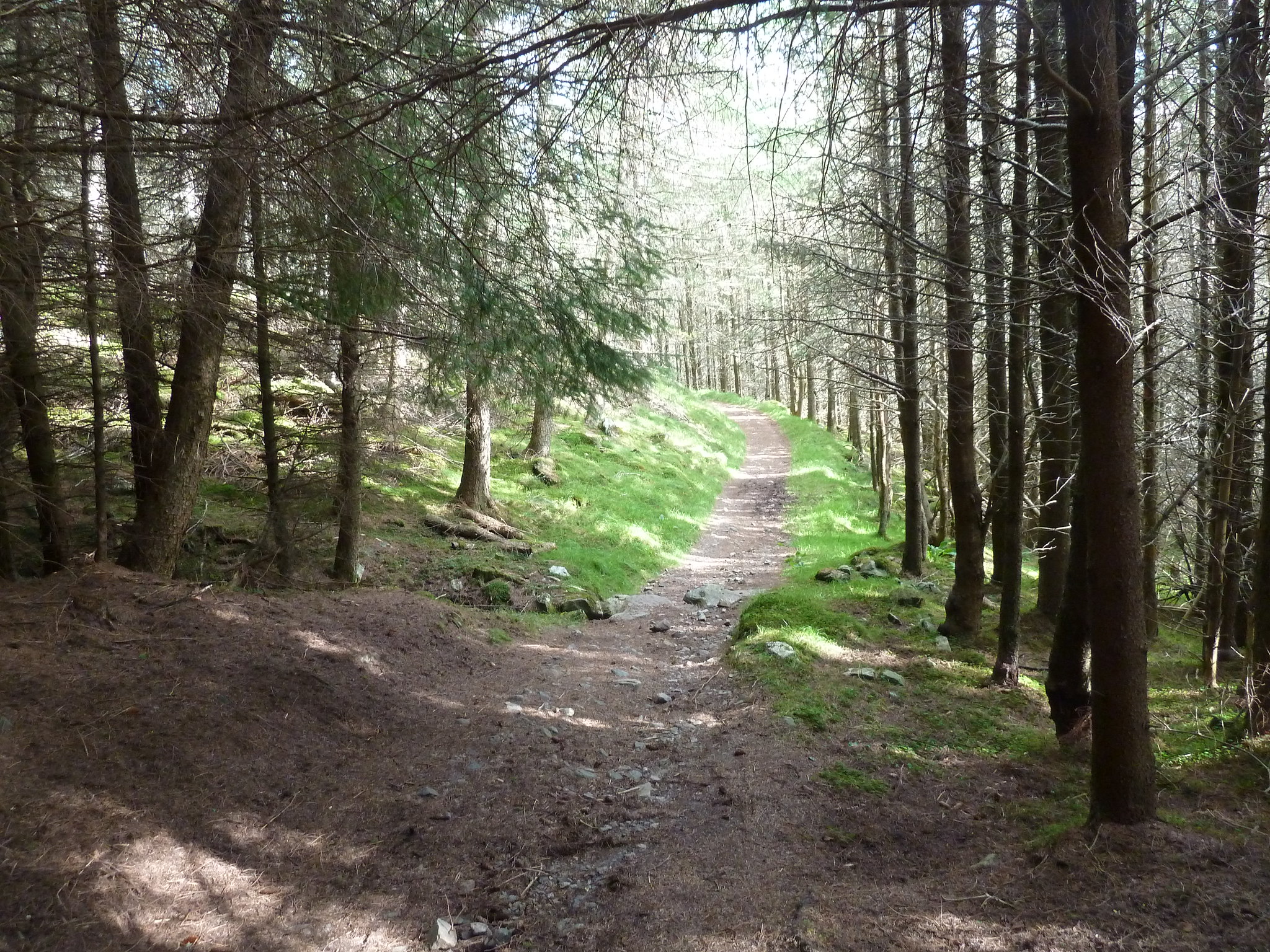 When I got back to the car I was totally knackered. I had probably bitten off a bit more than I could chew for my first outing in over three months, and the following day I was suffering big time with legs and shoulders that objected to even the slightest movement, but I'm glad I got out and knocked off a route that I'd been pondering for a few years.

Did this route going the other way earlier this year, was a great walk

Good to hear there is a bridge again too, means there is a little circuit to do again.

Good to see the bridge is back - did this route in May and the diversion was still in place and work hadn't started.

Agree with you about the trudge over towards Tolmount and picking up Jock's Road. If the weather is good I tend to head further over towards the drop down in to Glen Callater as the views down the glen are worth the short detour.

It's only a few months since I did this but your report and photos have me wanting to head back again.

This looks excellent, thanks for posting. I've done Tolmount by a similar route, but hadn't considered the Cairn Bannoch option!

Also good to see the bridge is back.

KatTai - wish I lived closer to this area so I could explore it a bit more. It's just a bit too far from Glasgow!

Gordie12 - Thanks. I'm sure if I'd been fitter the "trudge" wouldn't have made me so grumpy

denfinella - Cheers, it was doing Tolmount and Tom Buidhe from Glen Doll last year that gave me the idea for this route

StevieC wrote:KatTai - wish I lived closer to this area so I could explore it a bit more. It's just a bit too far from Glasgow!

I'm just about 40 minutes away, the dogs love it there and I usually take them up there to find snow in the winter. I've done 6 munros from there and all the main trails Still have to walk from Glen Doll to Loch Muick and back and I'm tempted to walk to Loch Callater from that side. Might see what the weather is like on Sunday...

Hi StevieC, I did the same route as you with my Grandson two days before you, will I bother to do a report, time will tell. Like you I wasn't sure if the bridge had been re erected and stayed South of the river, not very nice, think I'd just do my usual route next time and cross over the first bridge. Must admit I quite enjoyed the Fafernie to Jock's road trail although a bit wet underfoot for my Grandson as he wasn't wearing boots but overall good time was made. Yes why not report to follow.

The Rodmiester wrote:Hi StevieC, I did the same route as you with my Grandson two days before you, will I bother to do a report, time will tell. Like you I wasn't sure if the bridge had been re erected and stayed South of the river, not very nice, think I'd just do my usual route next time and cross over the first bridge. Must admit I quite enjoyed the Fafernie to Jock's road trail although a bit wet underfoot for my Grandson as he wasn't wearing boots but overall good time was made. Yes why not report to follow.

Hi Rodmiester, you should definitely do a report! I couldn't find any that described this route - a few that went up Broad Cairn and back, but that was it...