Lucky grab on Elidir Fawr and the Cwm Marchlyn horseshoe

Lucky grab on Elidir Fawr and the Cwm Marchlyn horseshoe

My first full day back in Wales, and I'd spent the morning catching up with a friend in Conwy. After a late lunch, he had to go and mow the grass or some other mundane task, and I suddenly had time on my hands (and my dad's car - can never be bothered to drive mine all the way down from Inverness). The weather was good, so after calling in at Bethesda for some last minute shopping, I drove up through Mynydd Llandegai and round to the road-head above Dinorwig.


Elidir.gpx Open full screen  NB: Walkhighlands is not responsible for the accuracy of gpx files in users posts
There is actually a tarmac road all the way up to 630m here to access the top lake of the Elidir pumped-storage hydro electric scheme (a distant cousin of the one under Ben Cruachan), but it has a locked gate on it at about 365m. Still, a handy high starting point which allows easy access to some high summits. One of the closest hill starting points to Anglesey as well, so this circuit featured often when time was short or conditions were poor. 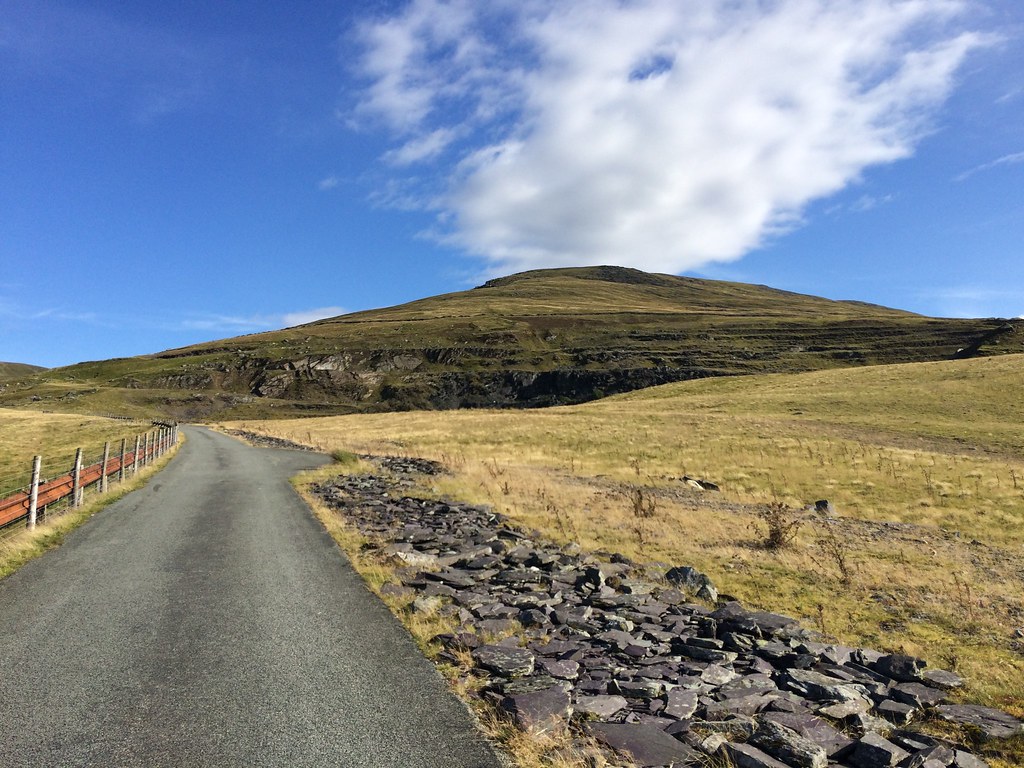 Elidir Fach from the reservoir road

No such poor conditions today. After a speedy start up the tarmac road, I soon cut onto the grassy slopes of Elidir Fach. This was an easy dry ascent leading to the plateau-like area to the NW of the main Elidir Fawr summit ridge. Great views all around. 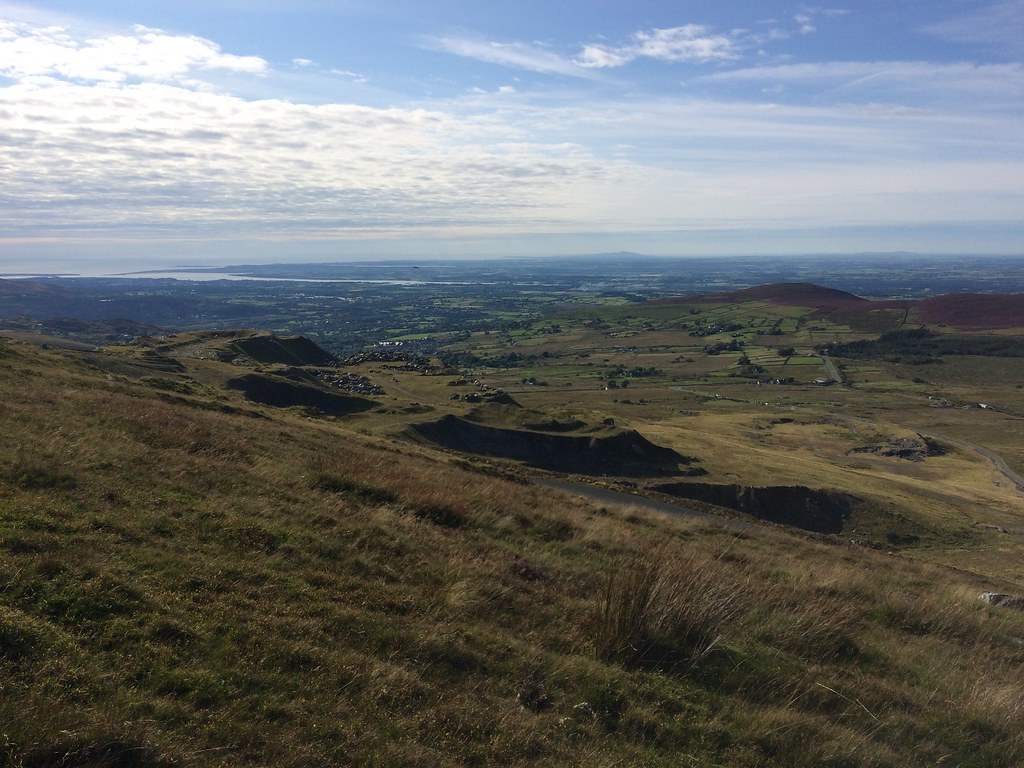 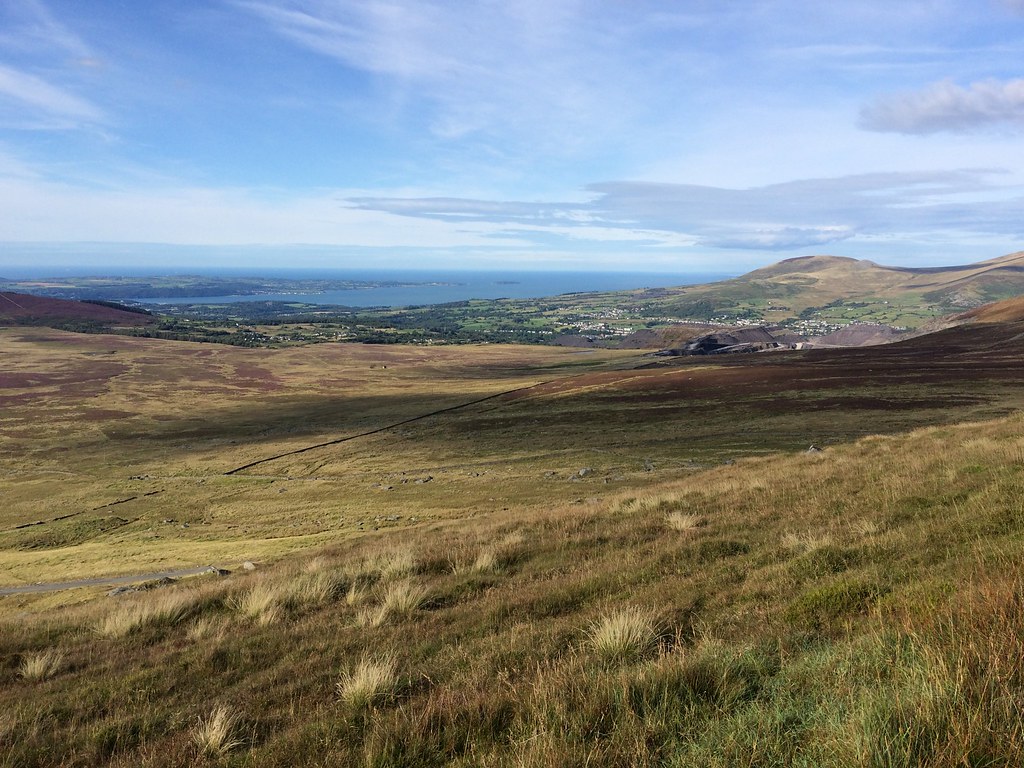 Towards Moel Wynion and NE tip of Anglesey 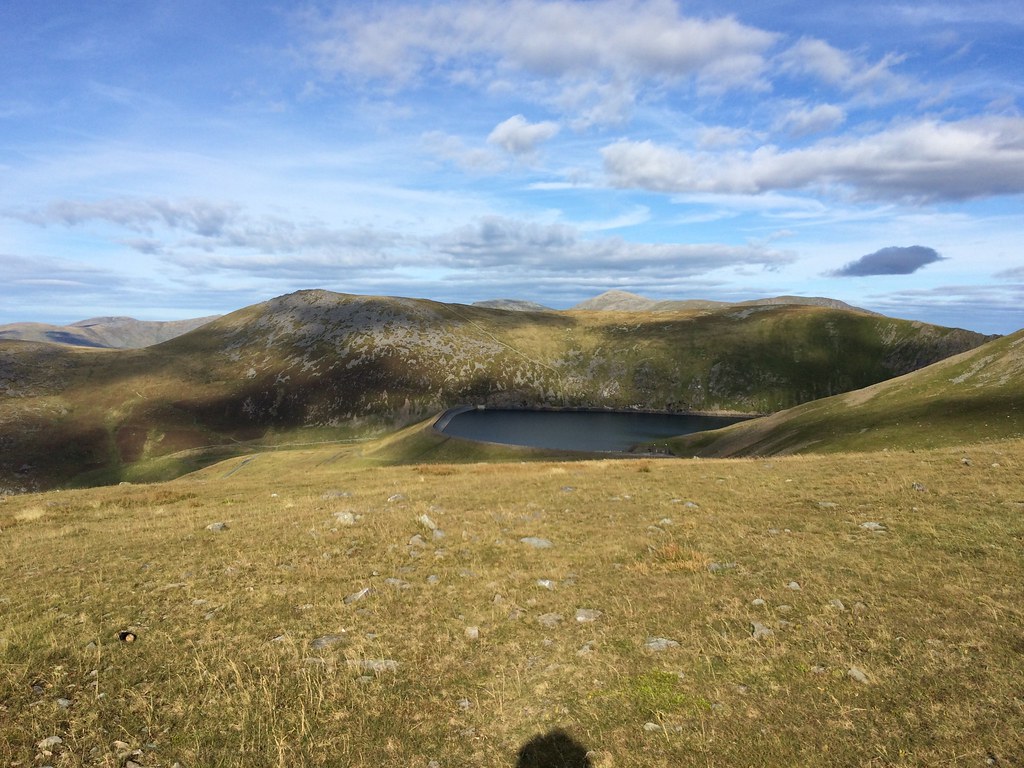 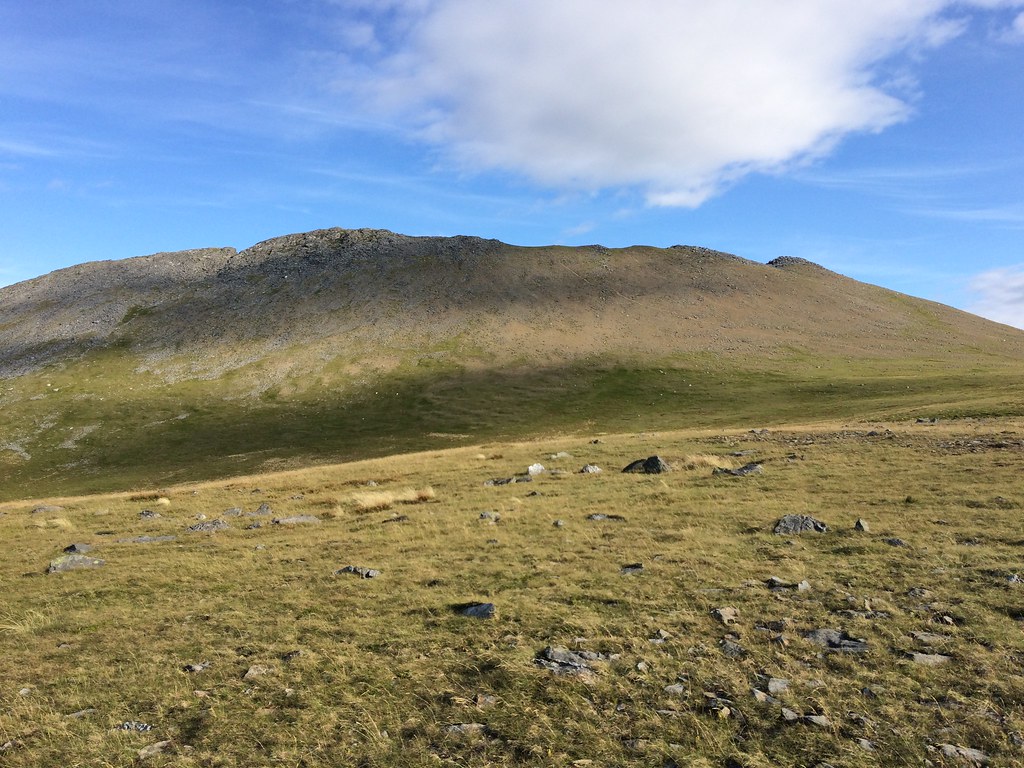 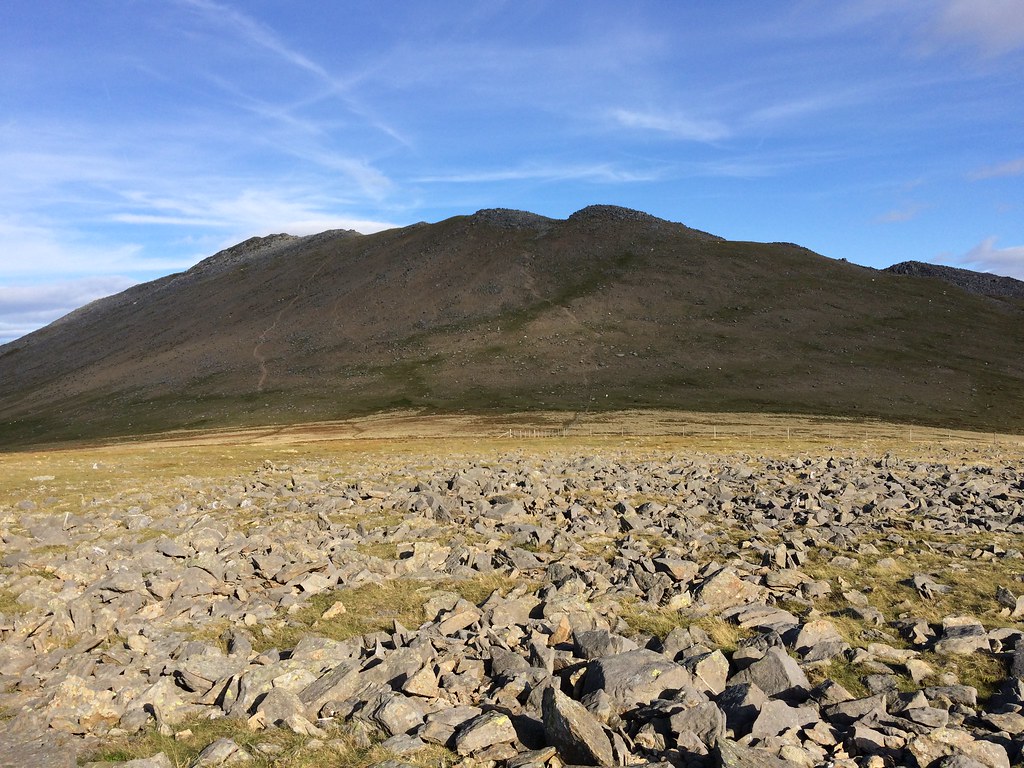 Due to the pumped storage scheme and the sheer amount of slate quarrying on the Llanberis face of the mountain, Elidir Fawr isn't particularly highly regarded among the Welsh 3000ers. It still has a great summit ridge and some interesting crags though (as well as great views of the Cwm Glas face of Snowdon/Crib y Ddysgl), and this route takes in the best of it. 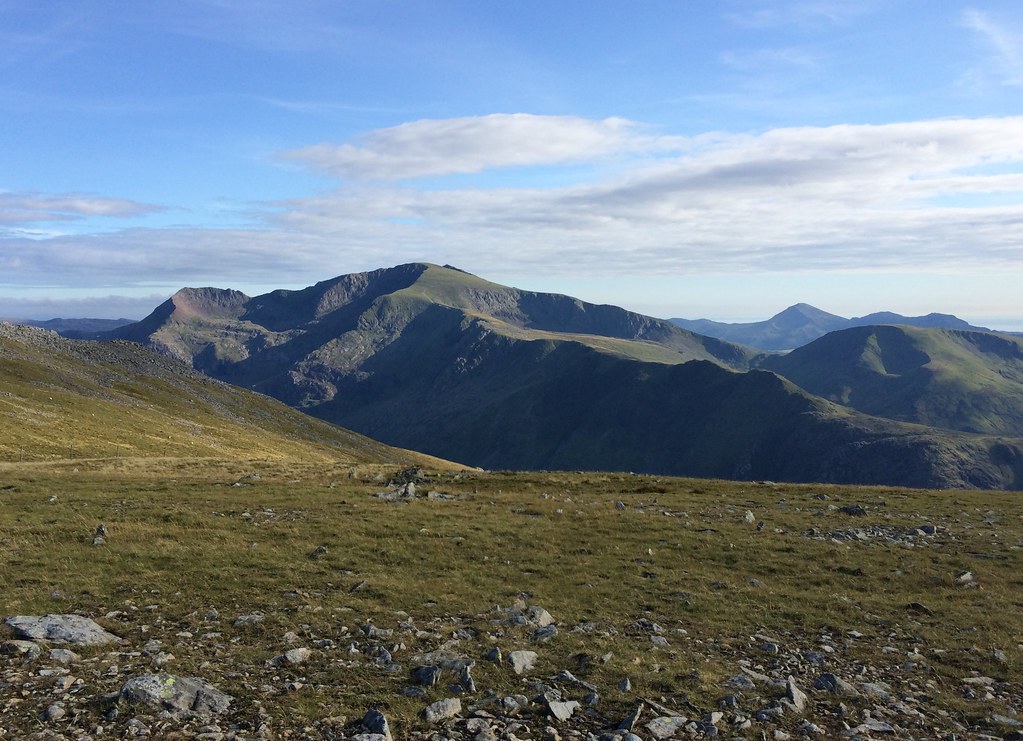 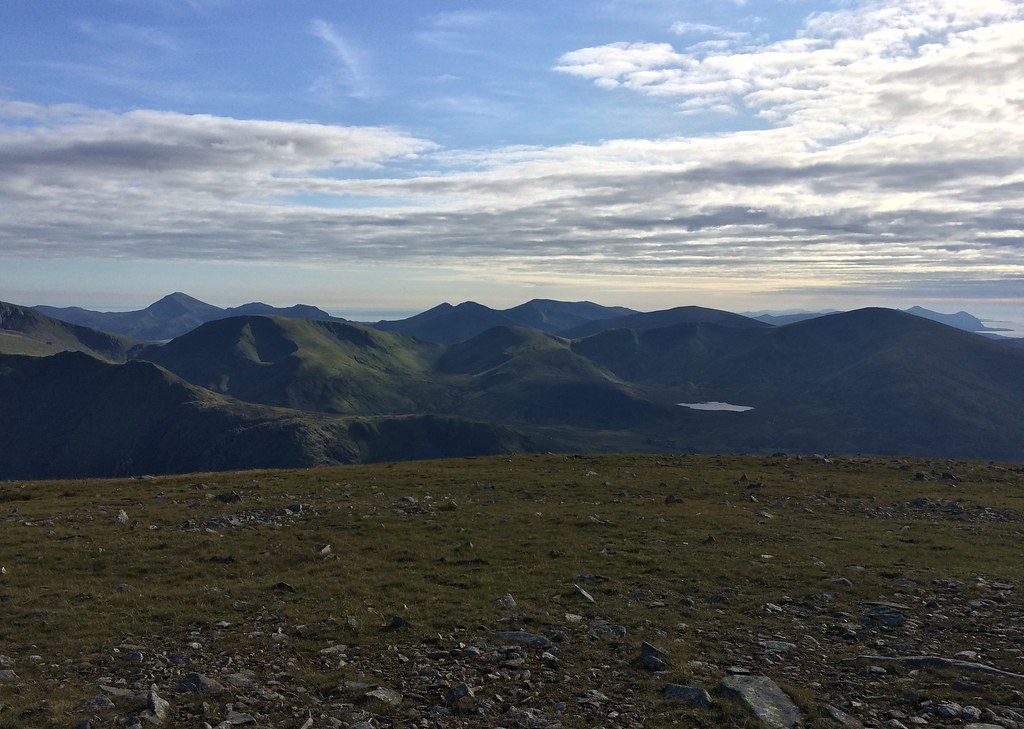 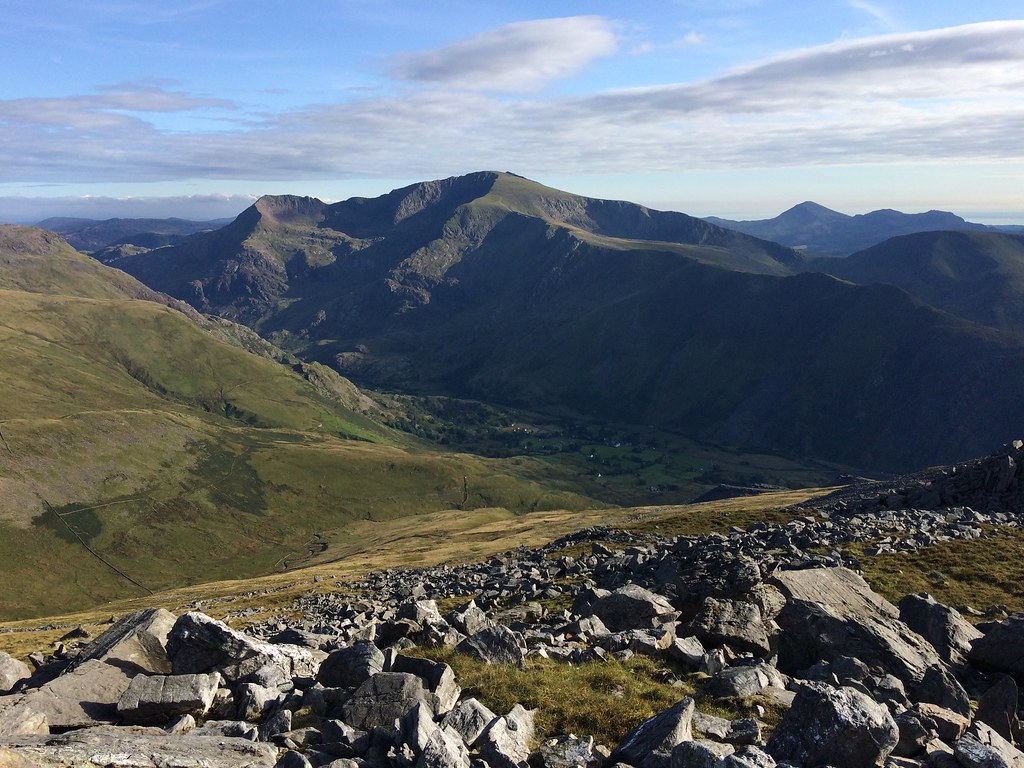 The summit was a mere hour from the car, so I carried on further in search of somewhere to have a break. Passing a couple of fellrunners, I wandered along the grassy but narrow ridge behind Llyn Marchlyn Mawr, from where good views to Ogwen and Tryfan begin to appear. 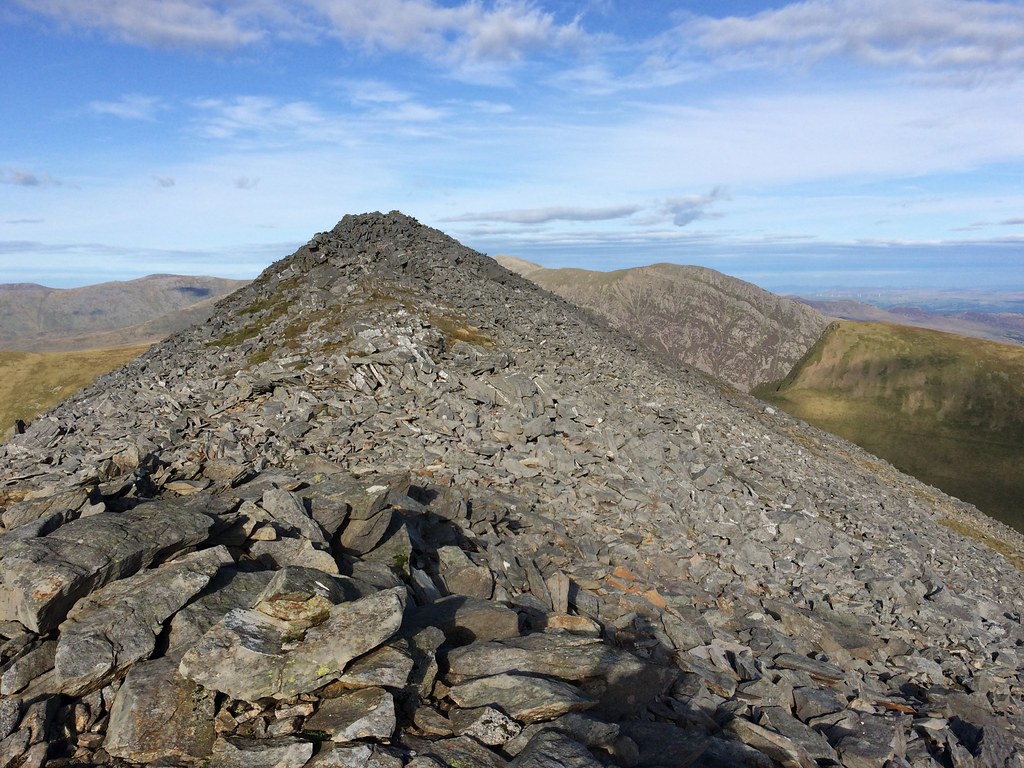 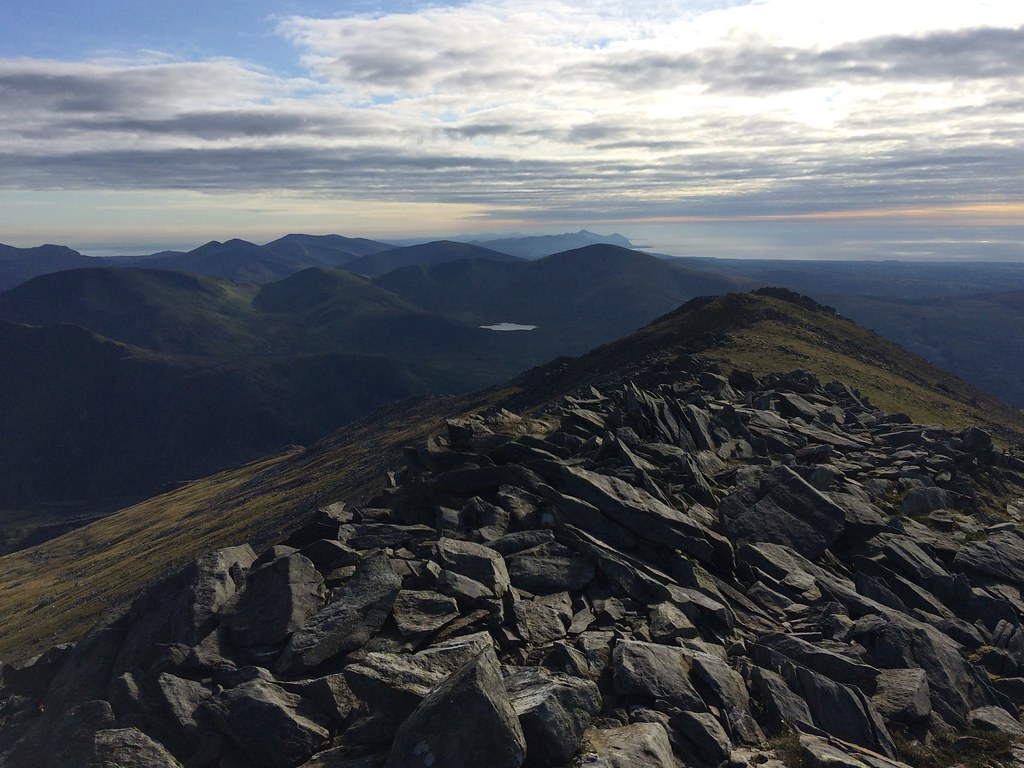 West from the summit 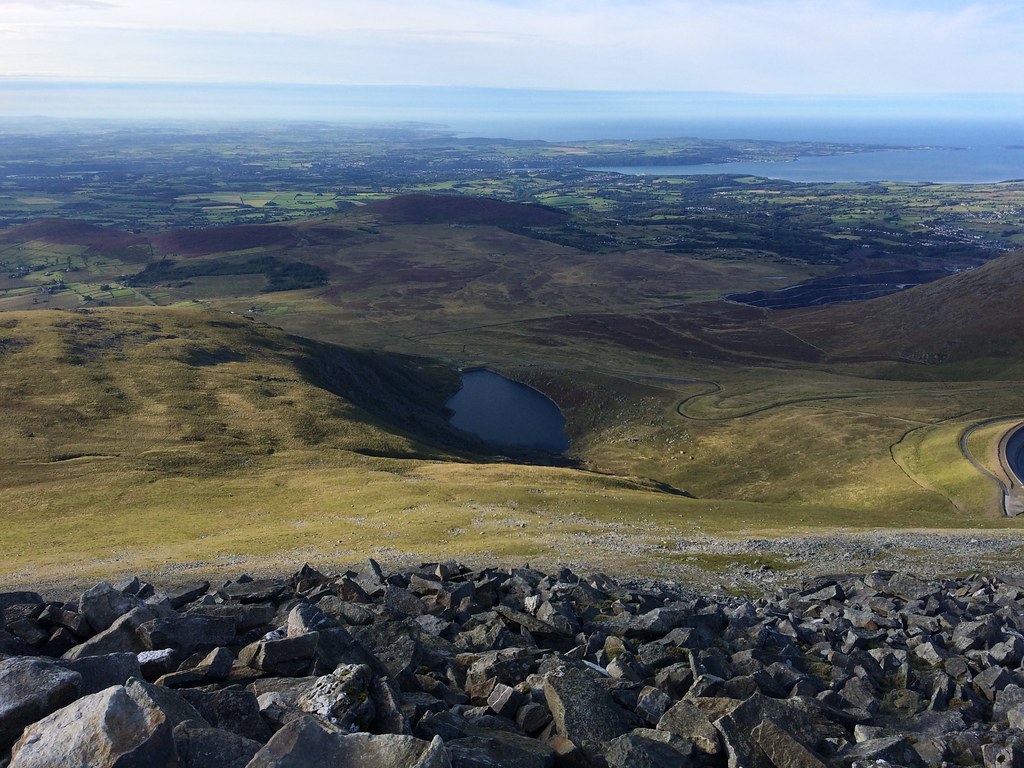 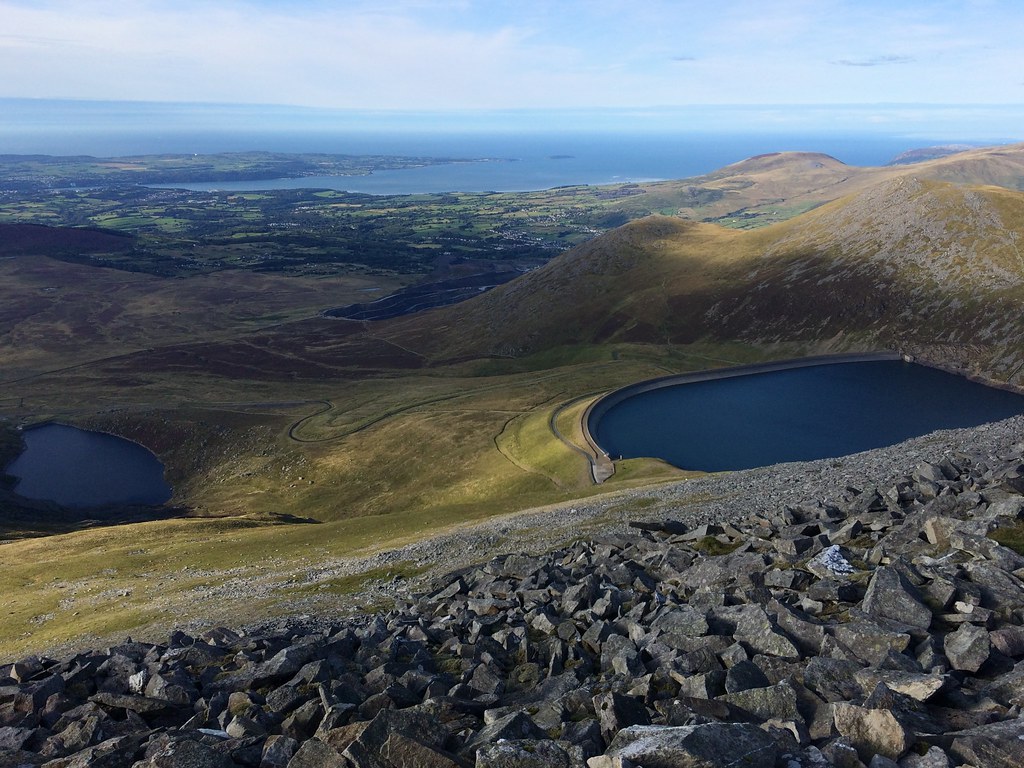 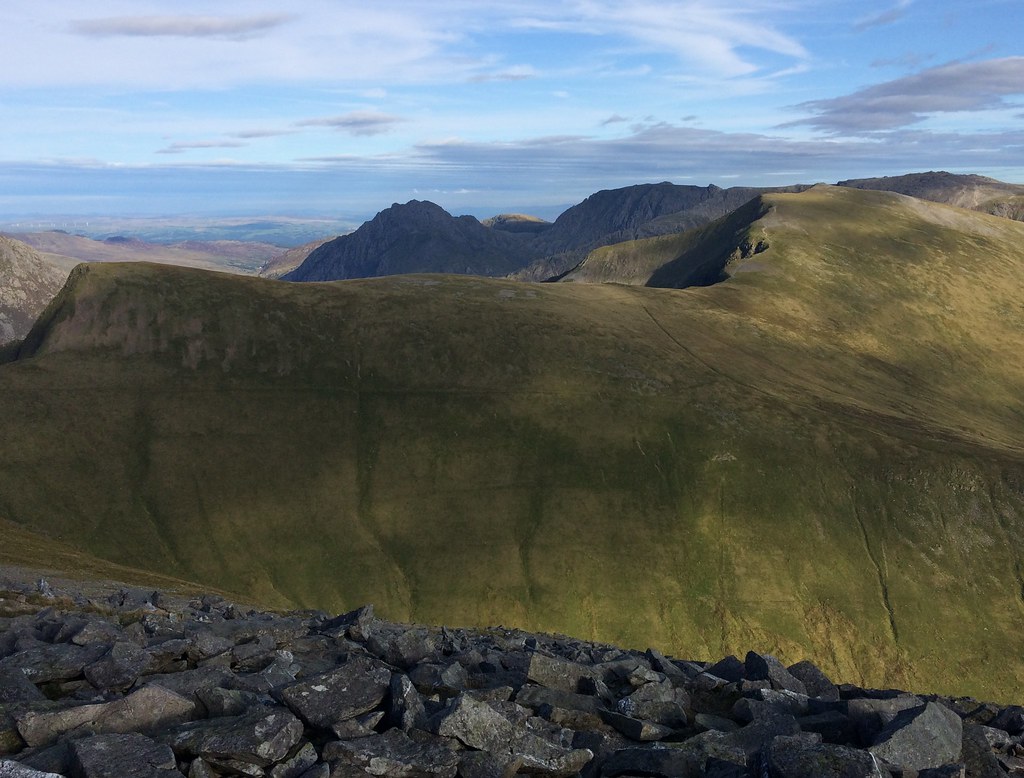 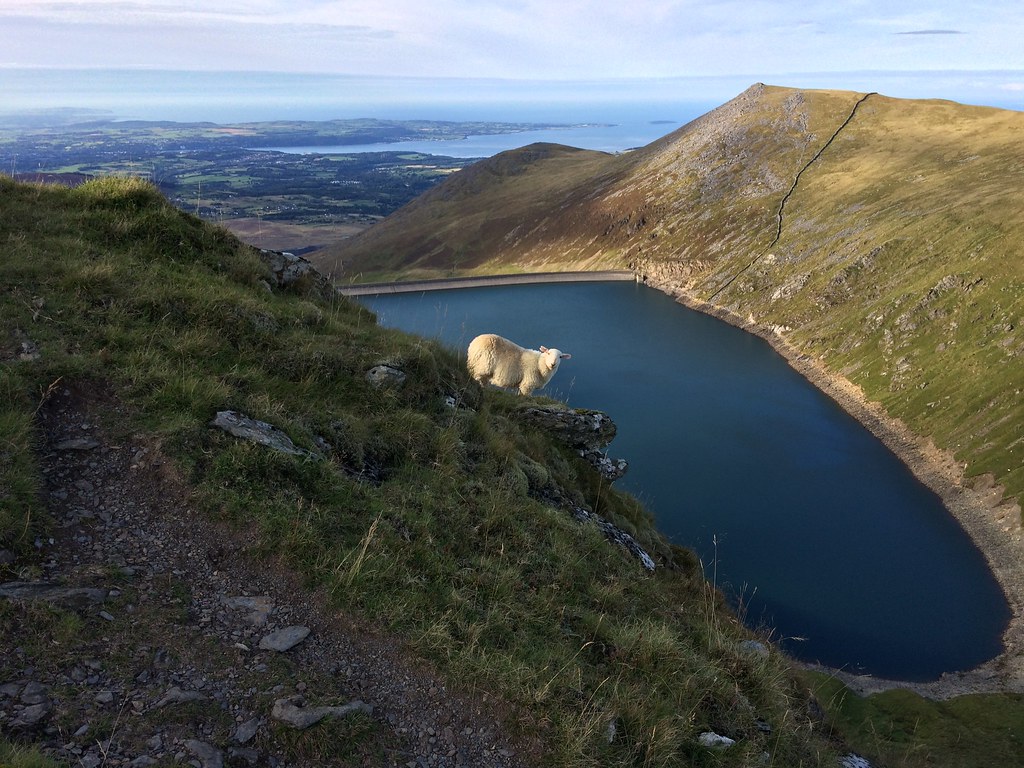 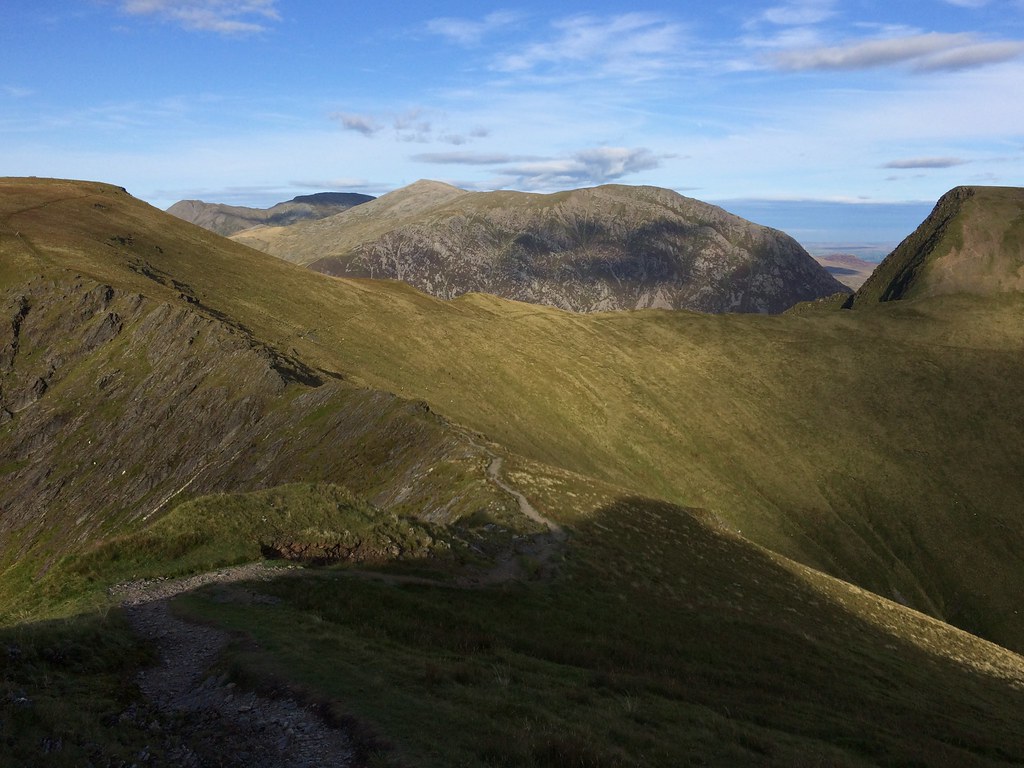 It's an easy grassy ascent onto Mynydd Perfedd, which is another grassy plateau. One of the best features of this (and the twin summit of Carnedd y Filiast) is Atlantic Slab, a perfectly angled cliff face dropping off into Nant Ffrancon. 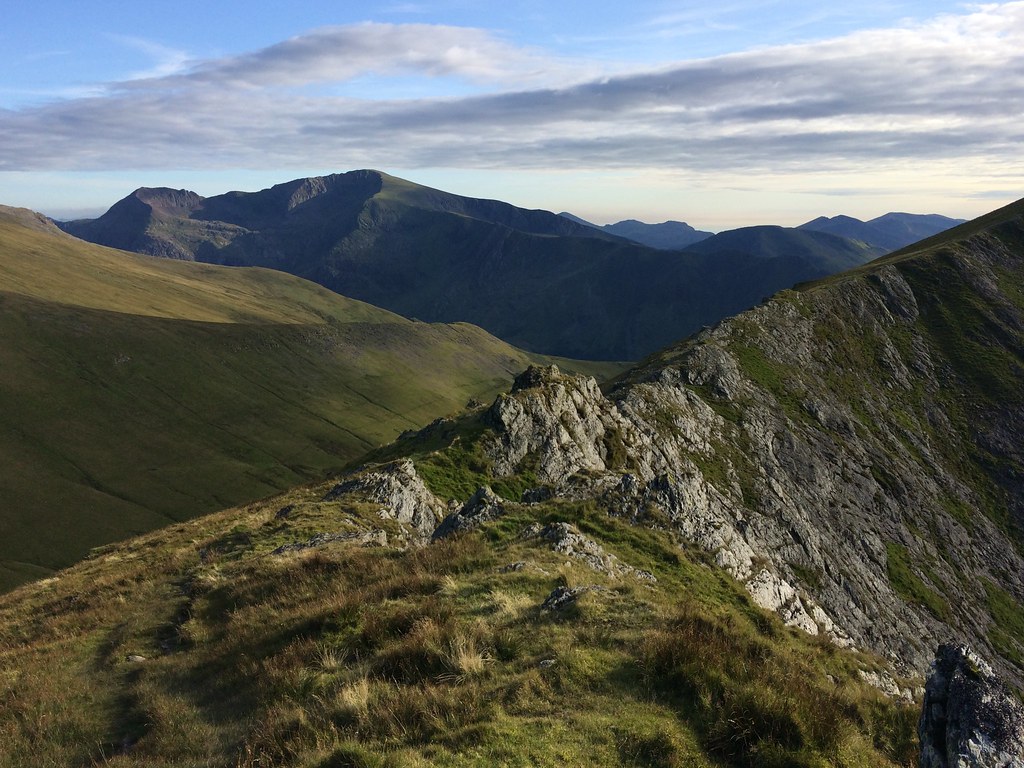 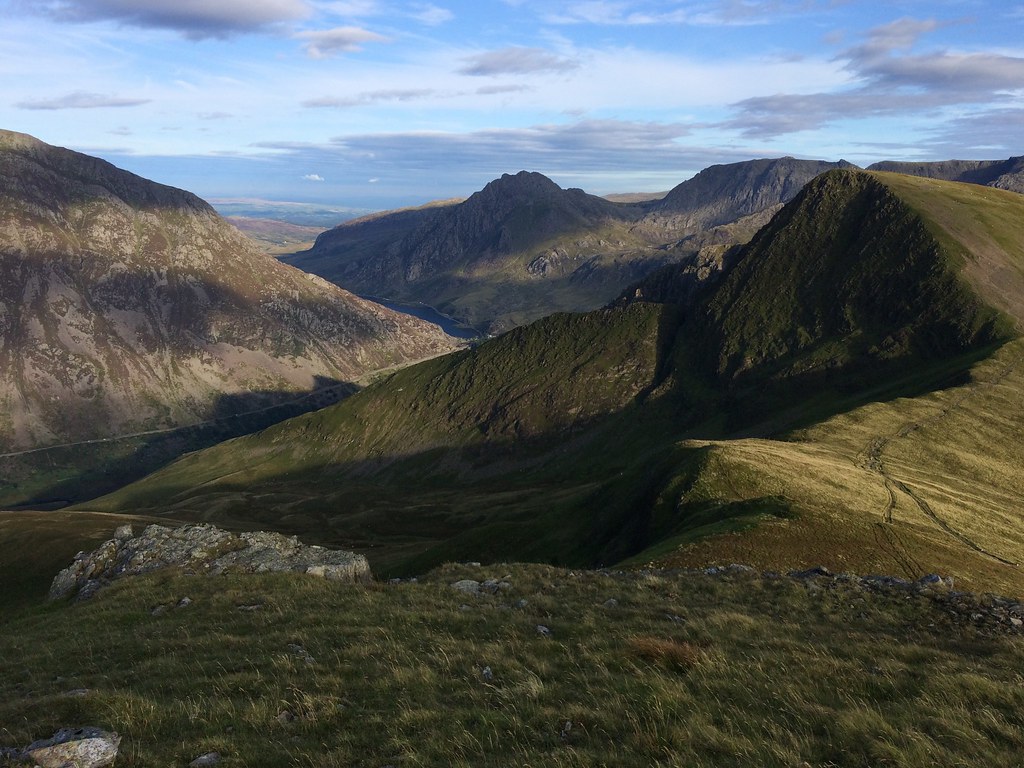 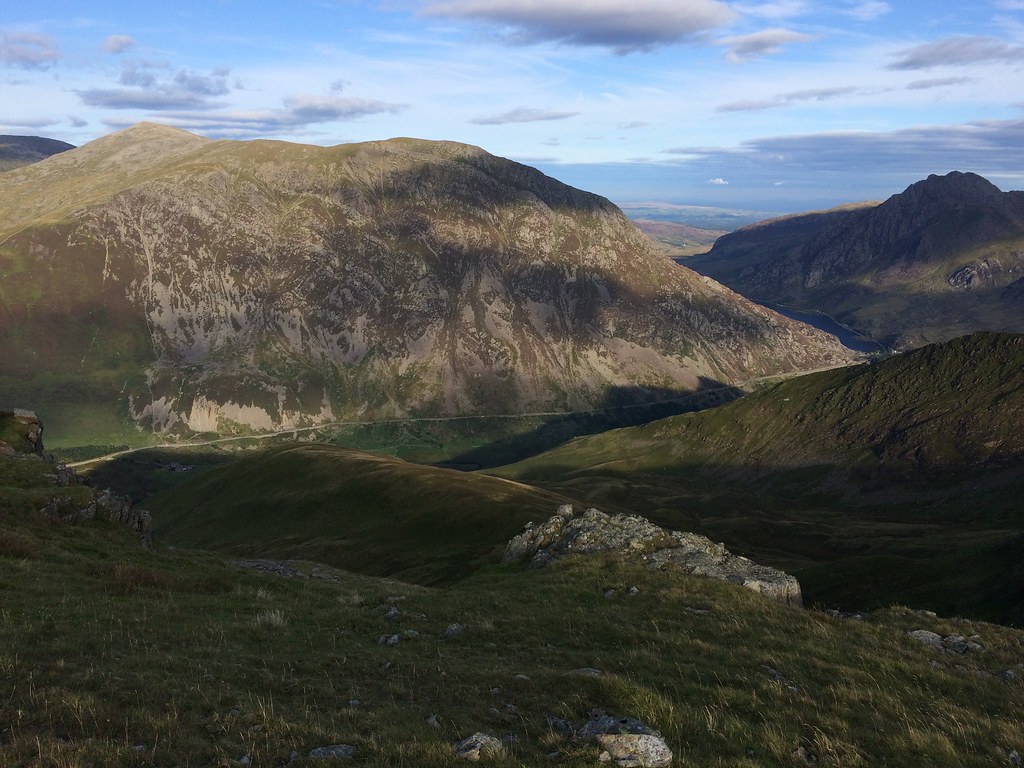 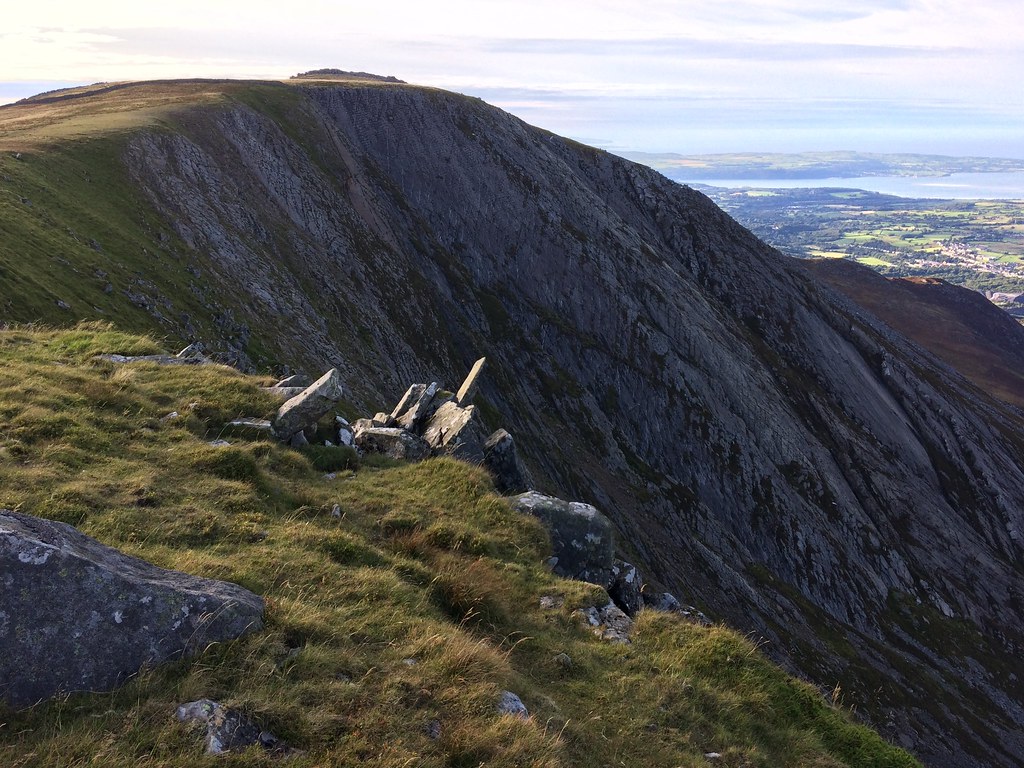 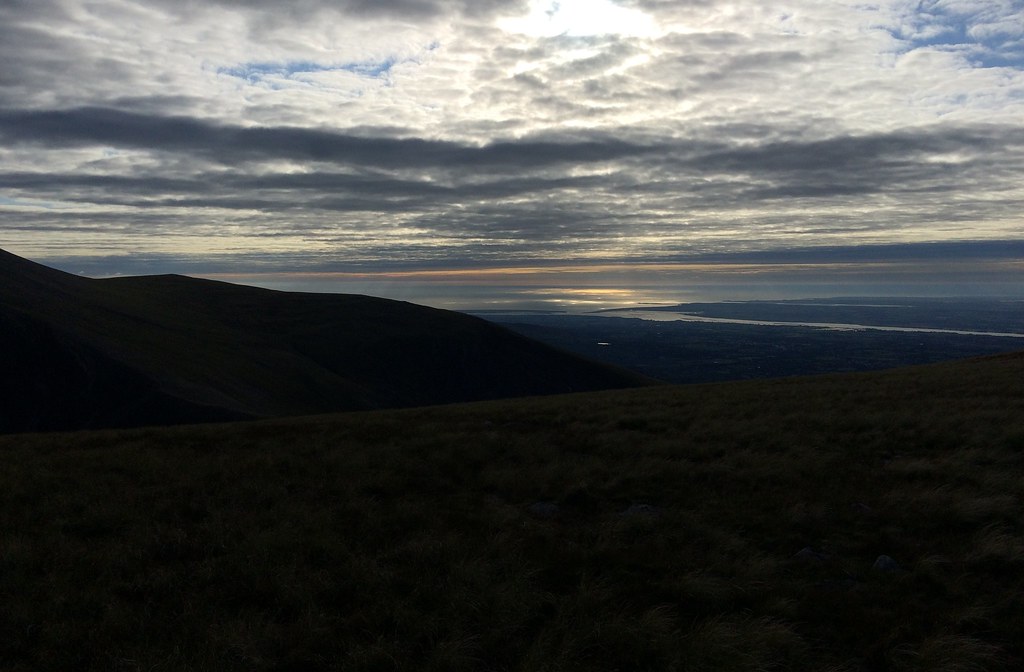 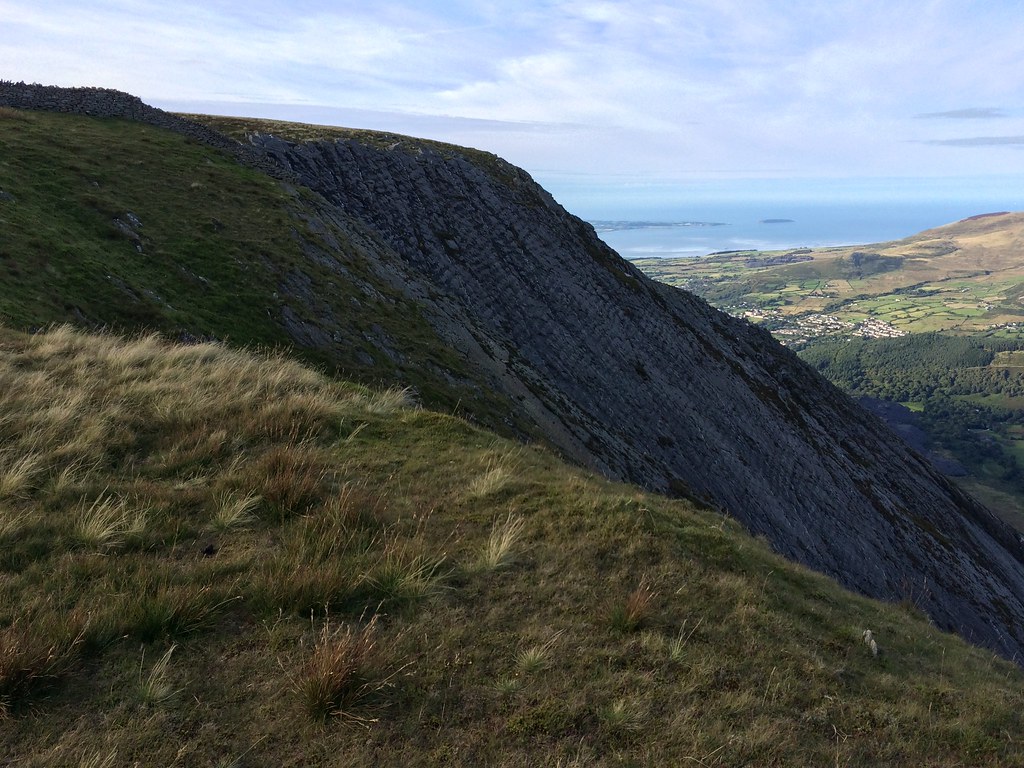 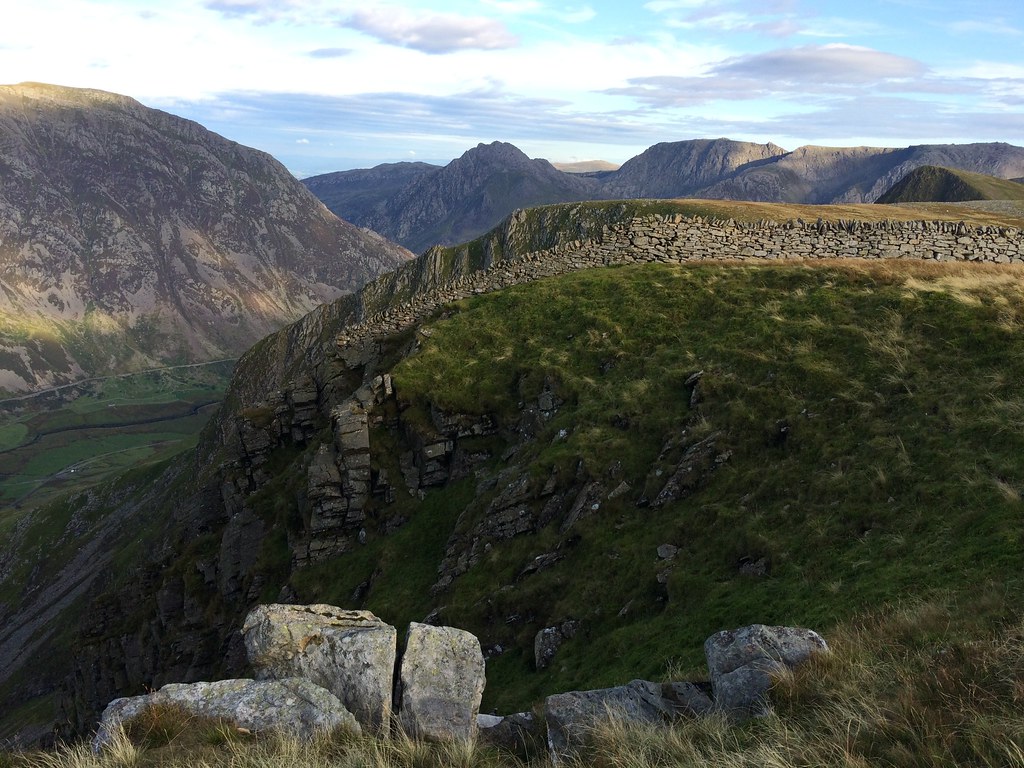 After a short break on the summit of Carnedd y Filiast, I descended to the north, before picking up a good path which led SW back to the Dam road. 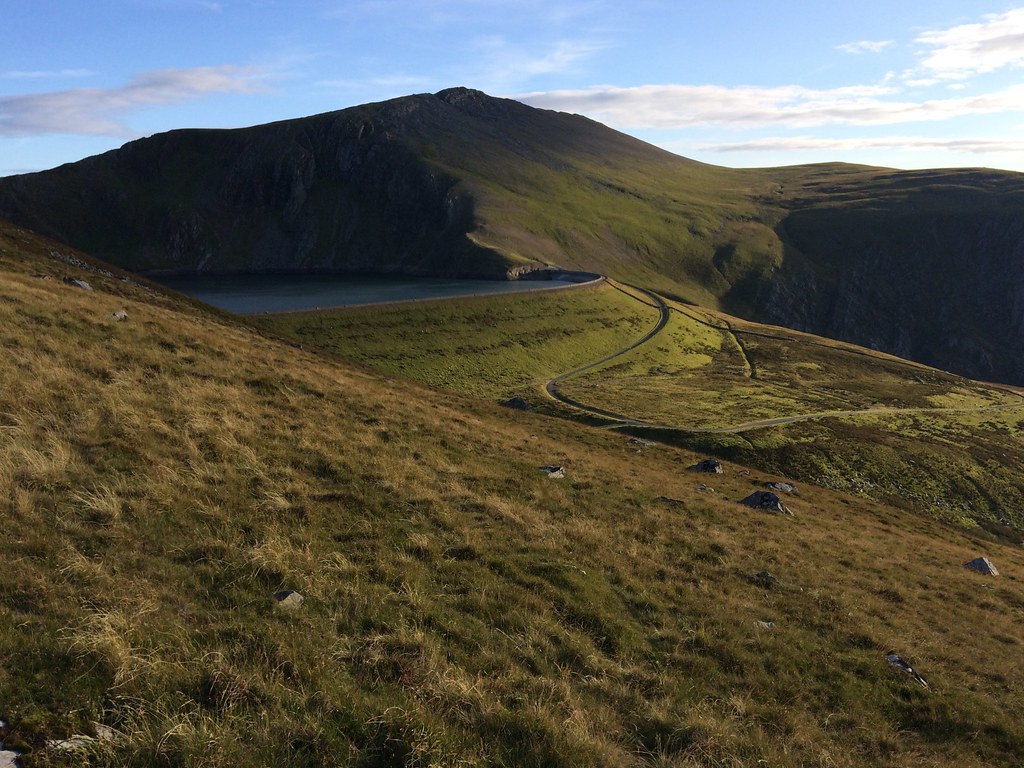 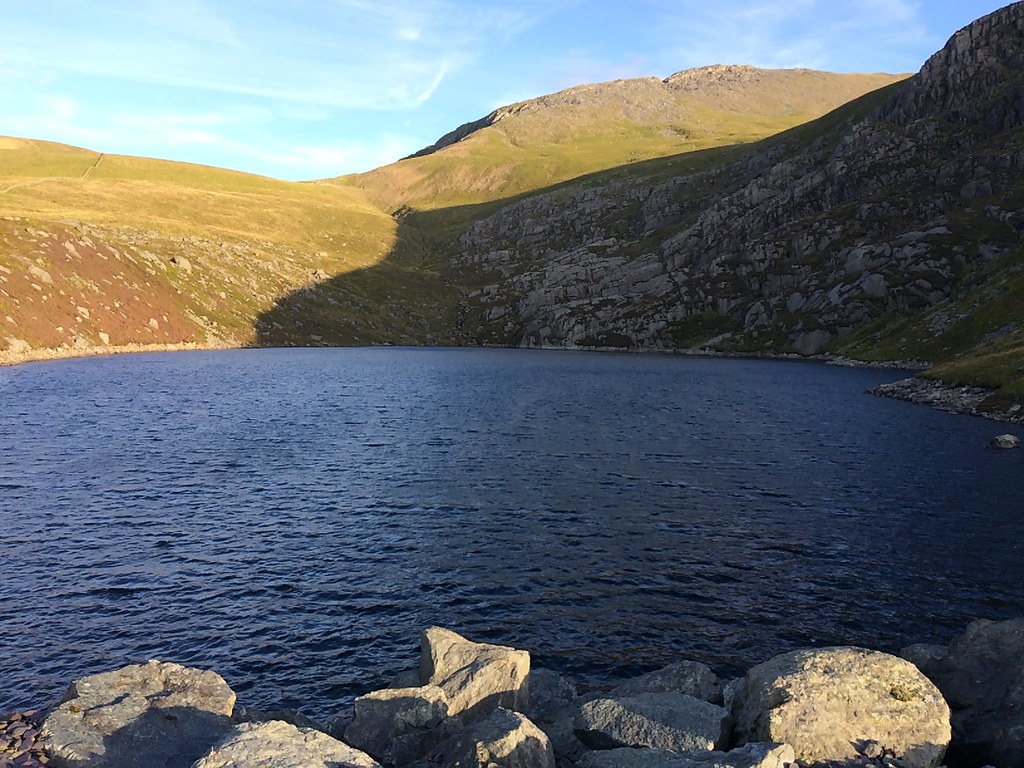 A short and easy circuit, and after spending so much time in Scotland, unbelievably dry underfoot - I went round in trainers and didn't encounter a single bit of bog!

Superb set of images that really capture the essence of this area. And as folk were saying last weekend: all in such a concentrated area.

I think I might be falling in love with Snowdonia all over again...

I will be taking the mrs to Snowdonia in 5 weeks time, my fourth time, her first. I can't wait to show her this area that I enjoyed so much.
Your reports feed my anticipatory pleasure. Cheers for that, great pictures and the one with the sheep in it is simply brilliant.

Did that exact route on this years week in Wales (apart from a detour to bag Foel Goch) It's a fine walk and looks particularly great in that lovely evening light.

Thanks for reminding me how good a summit Elidir Fawr is. That looks like a great way to climb it, far better than the loooooonnnngggg slope from Nant Peris that is the only way I've done it (on Welsh 3000 walks)

Atlantic Slab is truly remarkable, and I recommend anyone with either a little climbing ability, or a friend who has, to climb it. Its not really harder than most scrambles, just goes on and on and on at a very amenable angle in a wonderful location. Due to having a slight convex nature, you really feel you are detached from the earth below.