Had a weekend in Dumbarton planned and an opportunity to visit some of the Southern Hills.

Opted for some of the Crianlarich Hills on Saturday - using a starting point that would possibly allow us to do 5 of them but would make Beinn Chabhair a significant out and back.

Wet to begin with and drenched underfoot throughout. During the out and back to Beinn Chabhair the heavens opened and with the saturated ground we were soaked through (with puddles in the boots) and in no real position to add the other two on so just climbed back to the Bealach and up Beinn a'Chroin . Progress was painfully slow during this period with the steep, slippery ground needing much care.

From Beinn a'Chroin it was back down to the valley and a bog fest of a walk out - including a wade through a river that we just walked through being so wet already that it didn't real matter.

The afternoon did clear up though and we got some nice views from Beinn a'Chroin.

If doing these as a three there as a much more logical starting point earlier on the road and knocks off a fair bit of descent/reascent.

Didn't risk my own camera but my mate did take a few when the weather allowed. Starting out from the lay by on the A82 and looking at Sron Gharbh - raining. 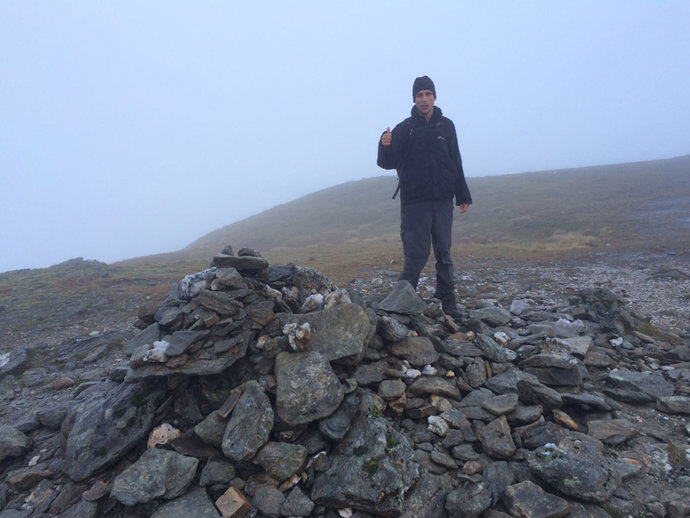 No rain on An Caisteal summit but low mist. The summit here doesn't look the highest point but it was. 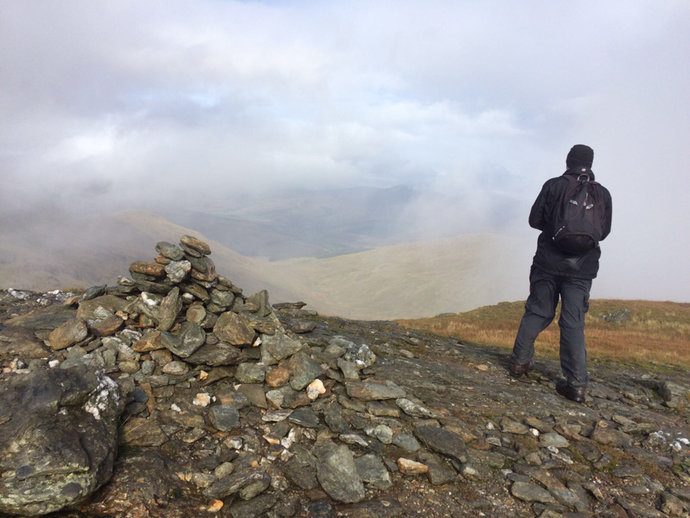 Beinn a'Chroin second cairn (visited each top just in case) - weather starting to really improve but the damage has been done in terms of our clothes and boots! Looking back at Beinn a'Chroin