I was heading down to Glencoe for the night, which would ideally have resulted in a day out in the hills down there. The weather forecast was looking poor though, getting worse towards Loch Linnhe, so I decided to stop off while things still looked semi-reasonable. Although I thought I'd packed every conceivable map, I'd forgotten the one with Ben Tee on it. Oh well - I remembered it being pretty straightforward, and I was able to get enough signal on my phone to get a screen shot of the right bit. I was pretty sure I wouldn't get lost and perish!


Ben Tee.gpx Open full screen  NB: Walkhighlands is not responsible for the accuracy of gpx files in users posts
For some time I have been quite keen on the idea of a horseshoe around Coire Glas, so I set off with that in mind. I didn't think I'd get any further than Ben Tee unless there was a drastic improvement in the weather though, so I stretched the beginning of the walk out a little by following the Kilfinnan Burn right in to the waterfalls. I haven't seen these close up before, and it's worth the effort. There is a fairly off-the-beaten-track feel to the glen, with only a faint deer track to follow, and after an impressive view of the falls, it's quite an effort to extract yourself back onto the more conventional route up Ben Tee. 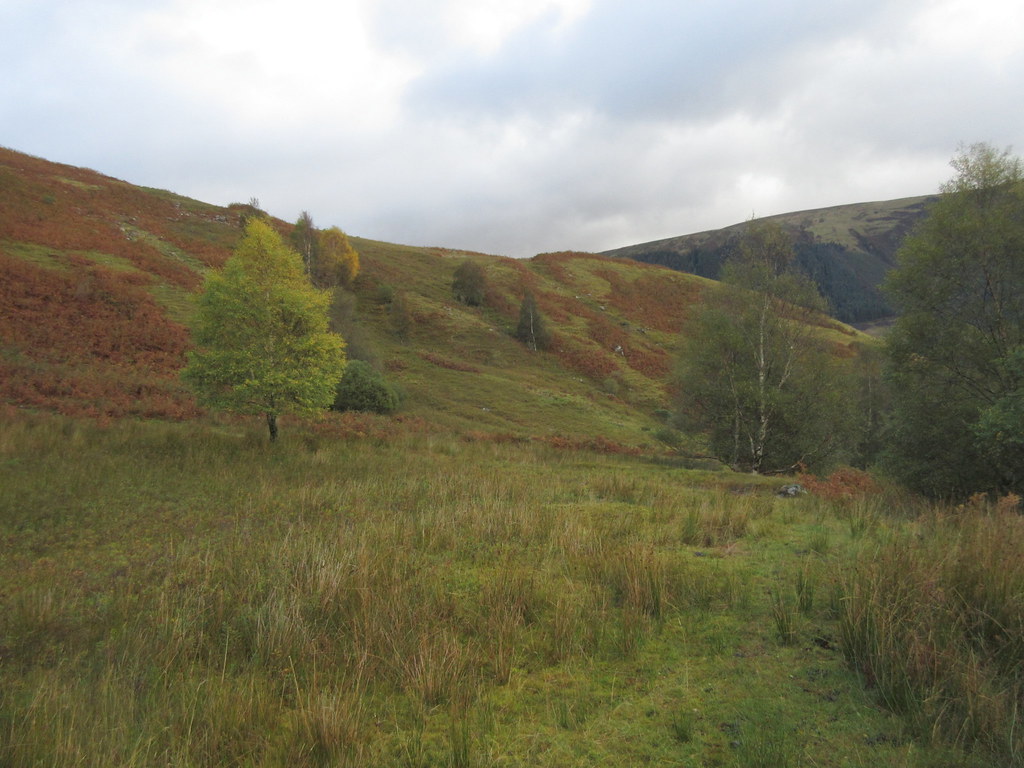 Heading up to the falls 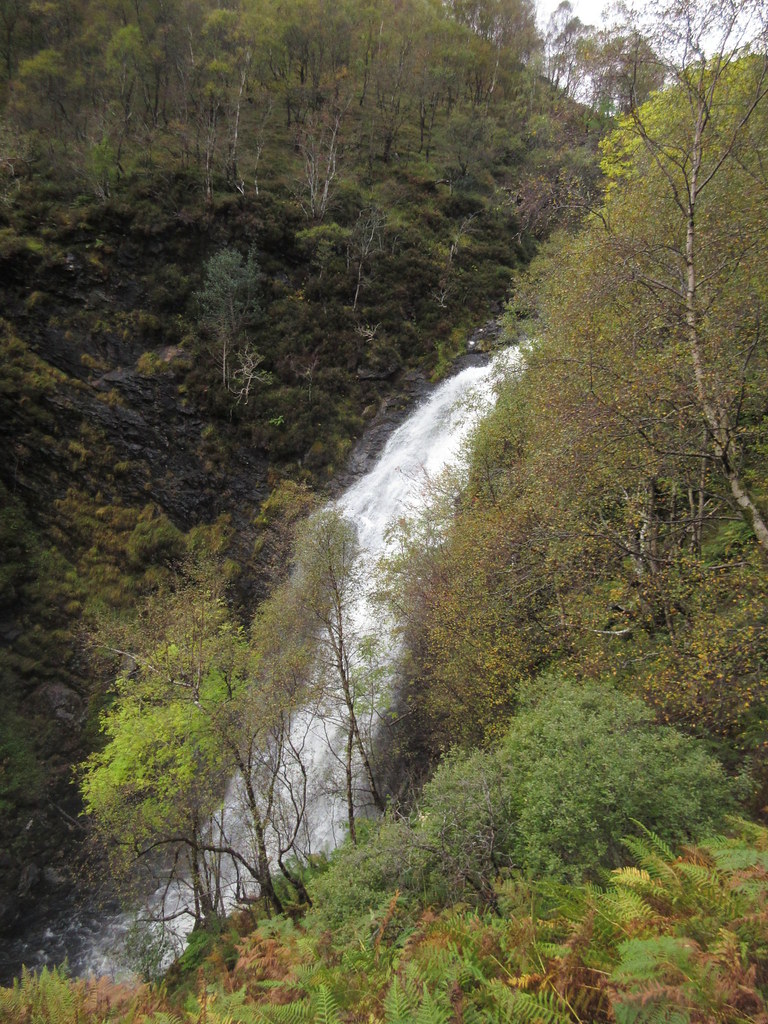 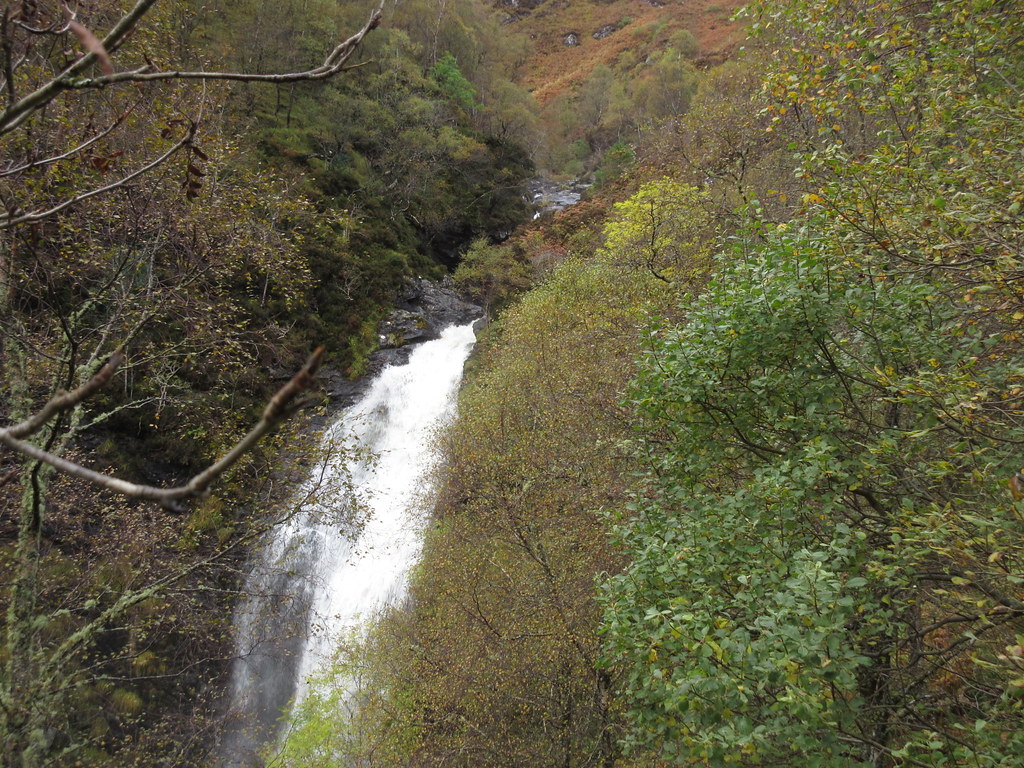 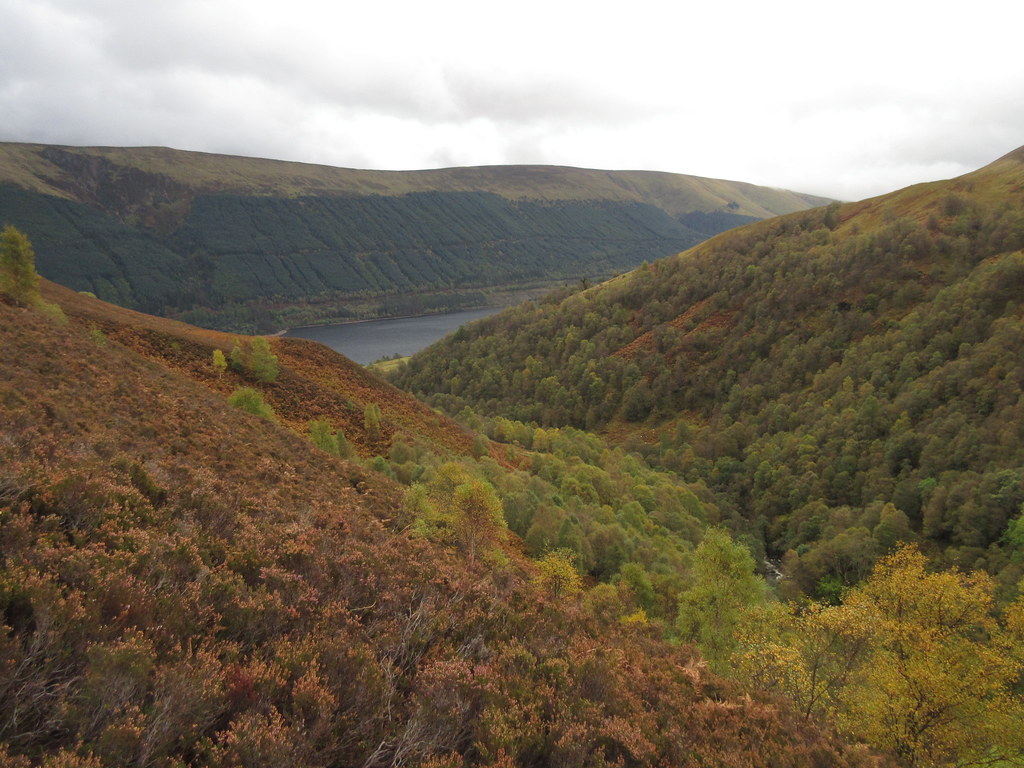 Looking back to Loch Lochy

After looking at the falls, if you want to avoid retracing your steps, there is quite a steep pull up through deep heather, bracken and small trees before a deer fence is reached. Once over the fence, I was on some semblance of a path heading towards Ben Tee. 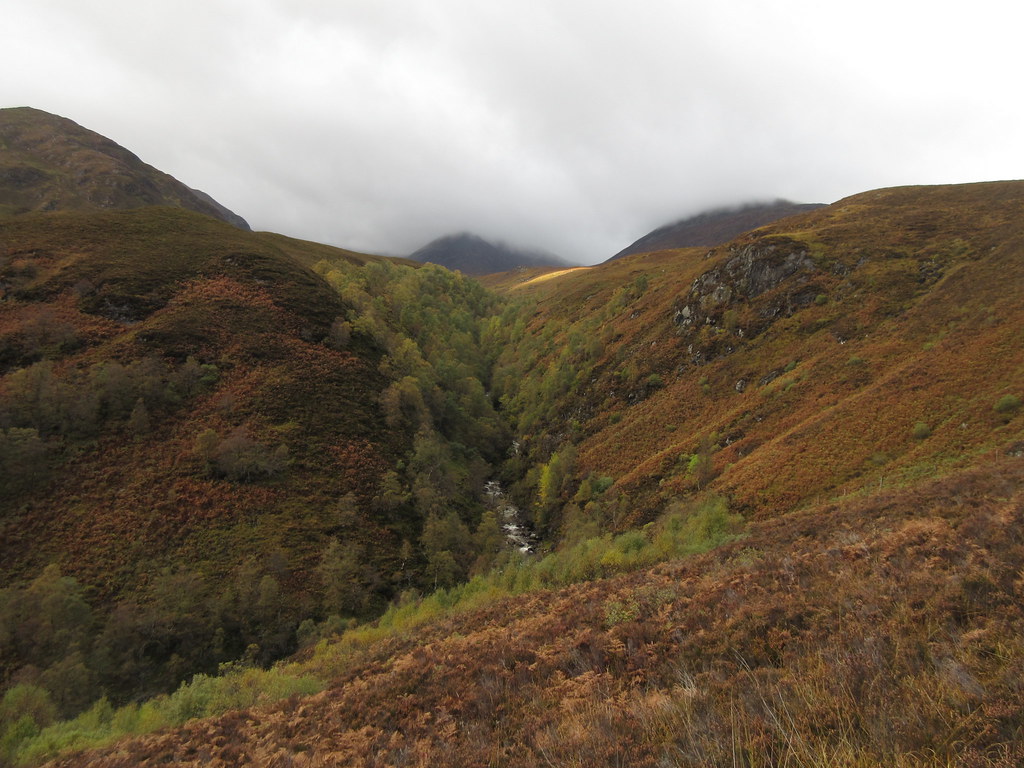 Kilfinnan Burn above the falls 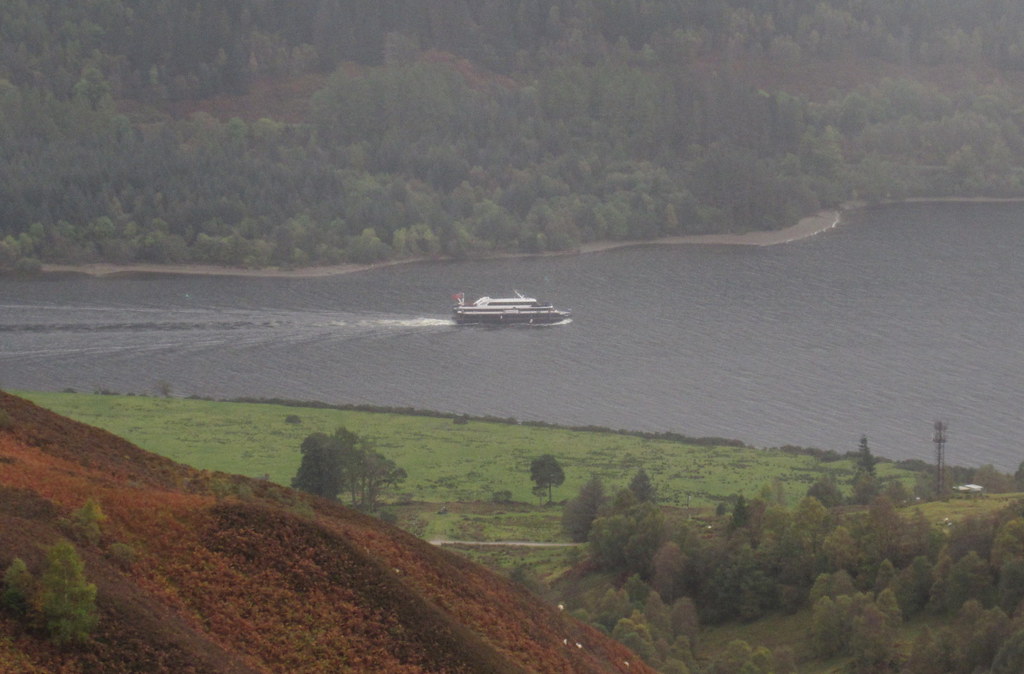 I can't remember finding a path previously, but then it is easily lost and rather wet. It was across the moorland, up the lower slopes of the summit cone and into the cloud. 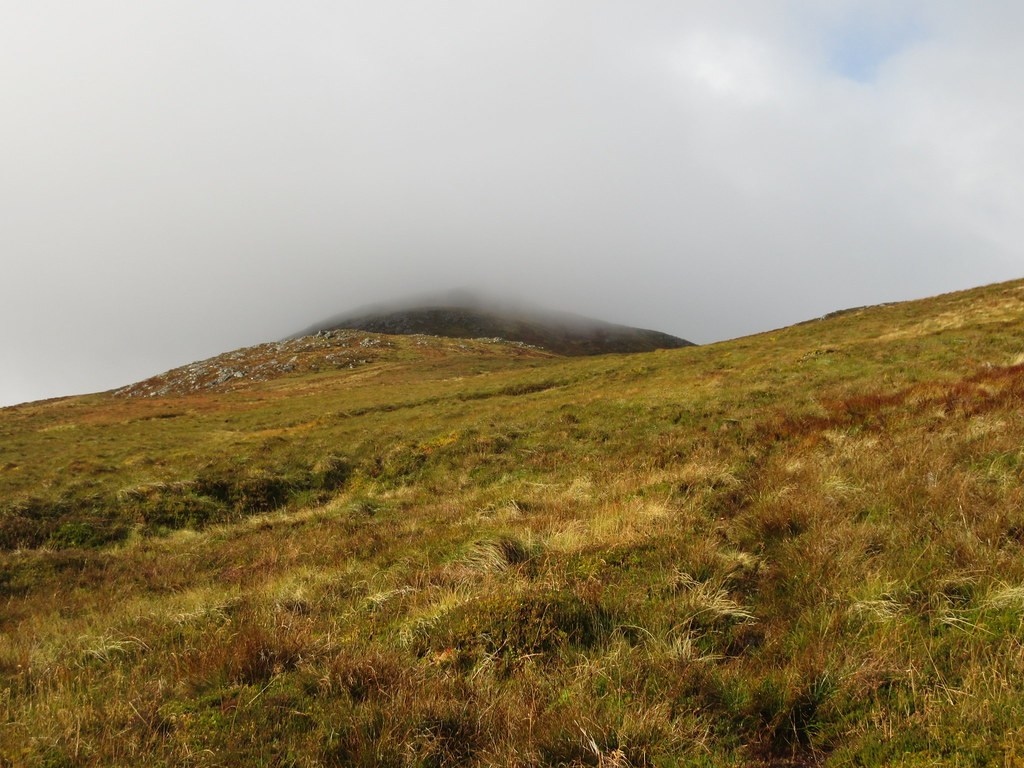 There was little to see at the top but I stopped for lunch anyway, sheltering from the wind on a lee slope. I'm glad I did hang around, as there were some intermittent clearings towards Sron a' Choire Ghairbh and Loch Garry, the latter with some beautiful autumn colours. The ridge up onto Meall a' Choire Ghlais looked tempting, but not tempting enough to convince me to carry on. 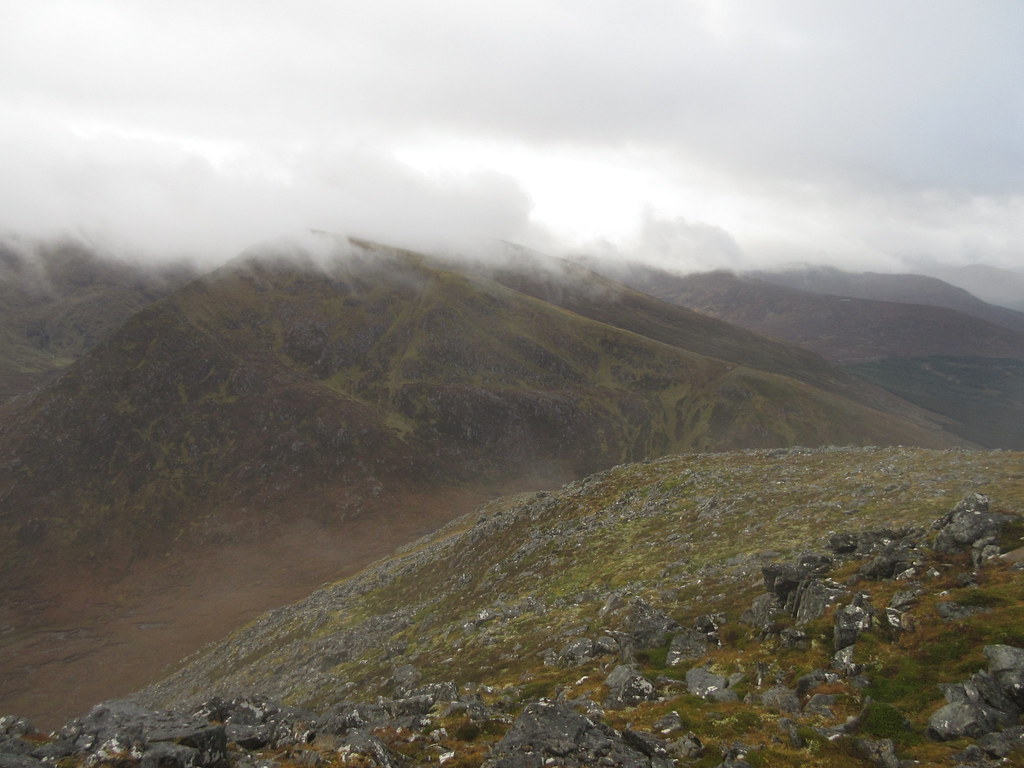 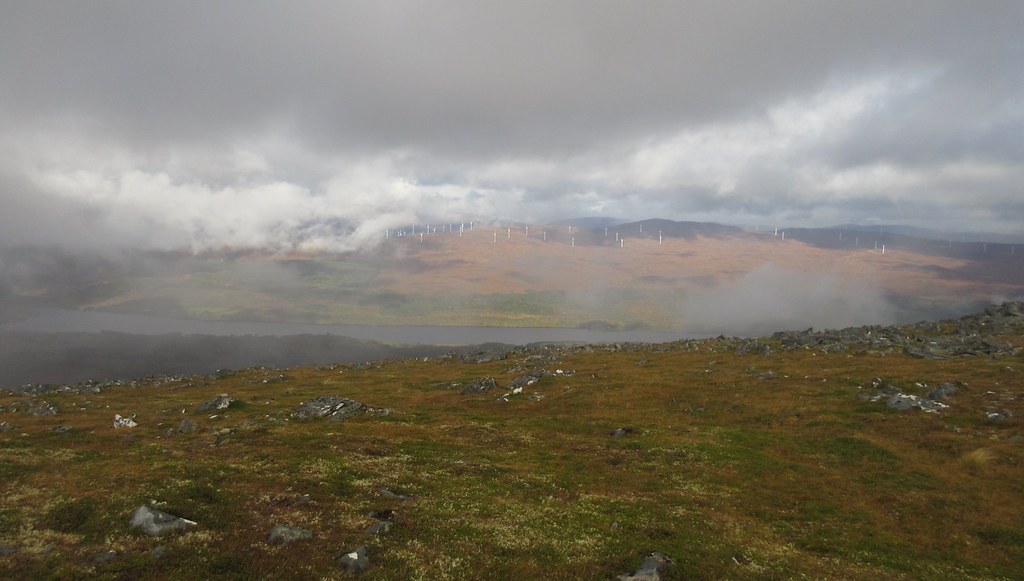 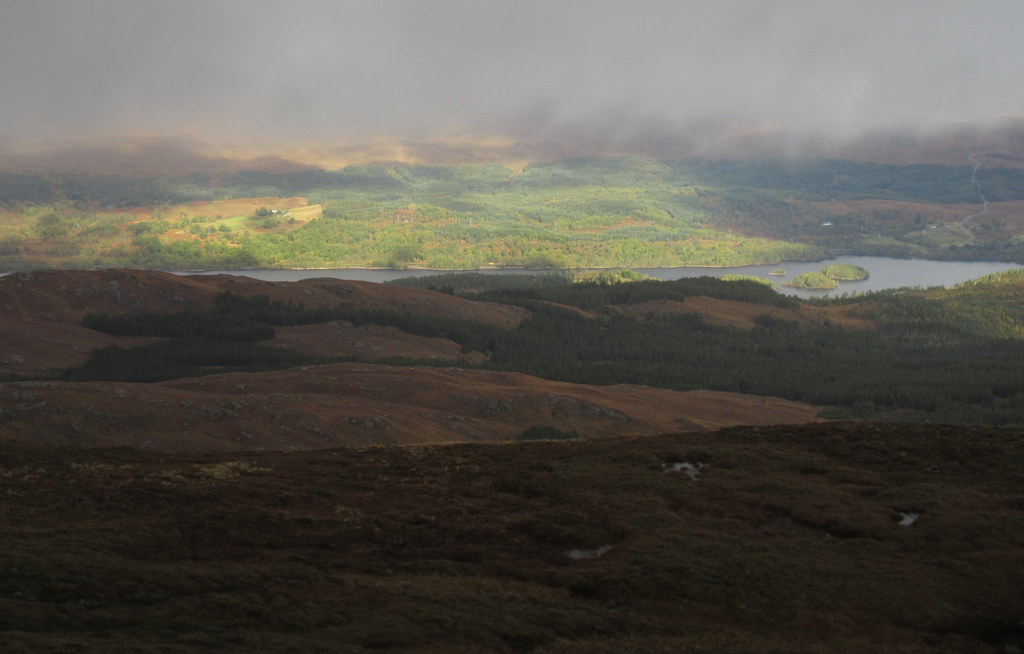 I decided to go back down a similar way, although I somehow missed the path for the majority of it. It made little odds though. 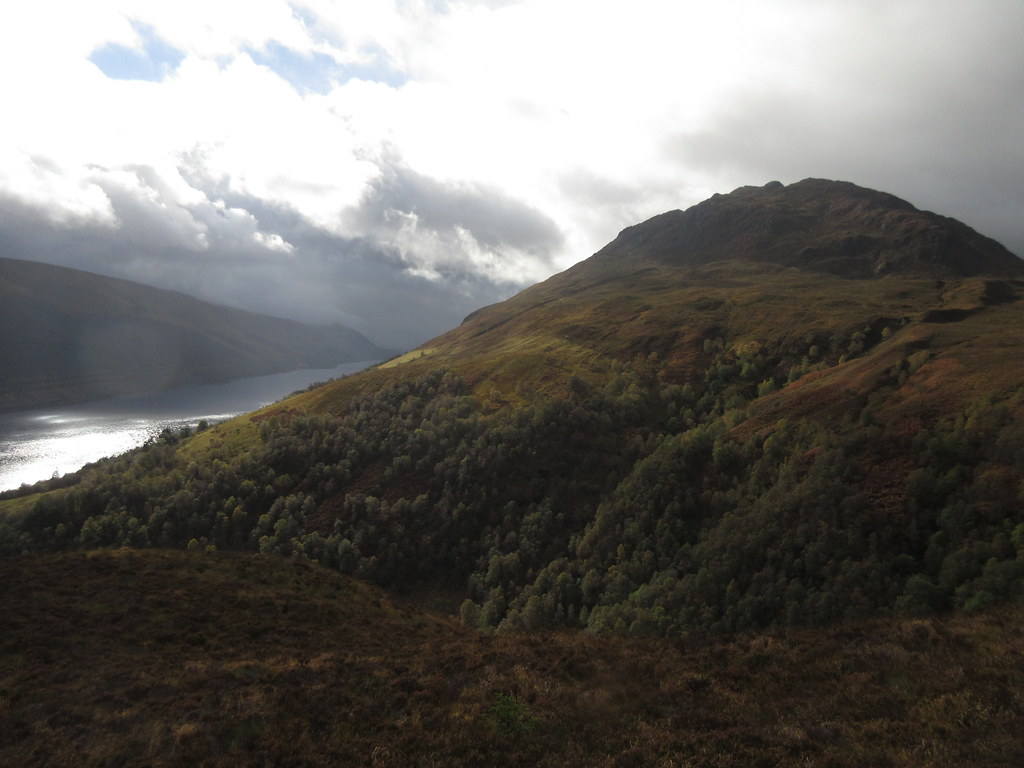 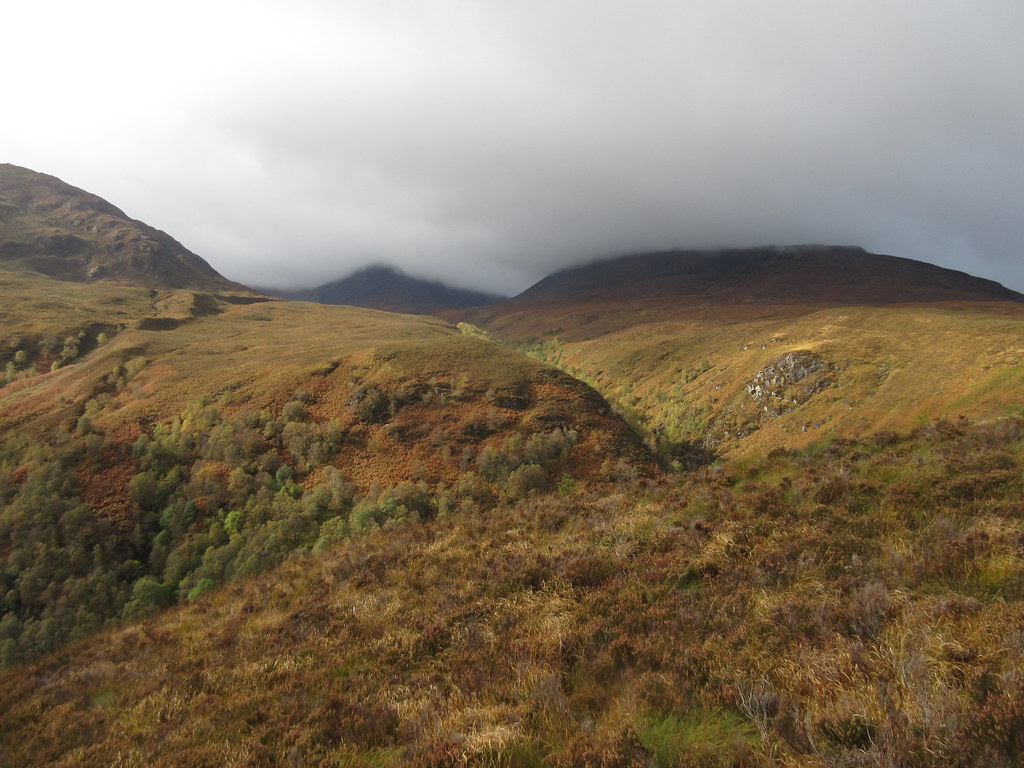 I didn't repeat my route past the waterfalls, and stayed out on the moorland instead, dropping down directly above the car. The sun came out over Loch Lochy and it was worthy of another stop to enjoy the colours. 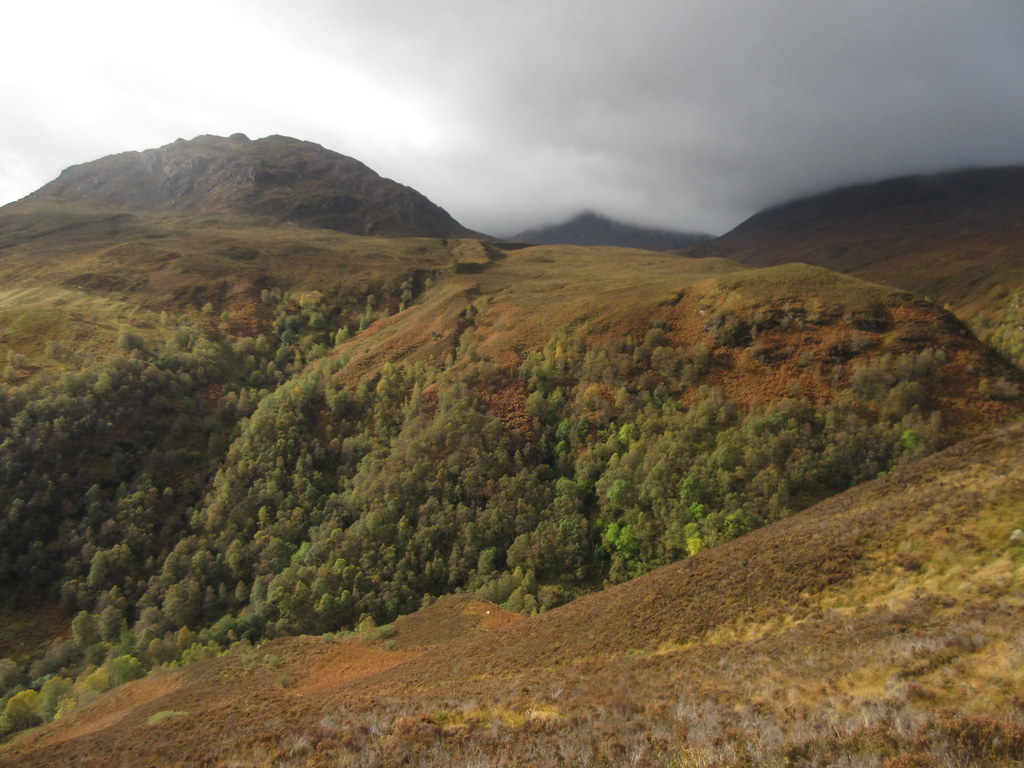 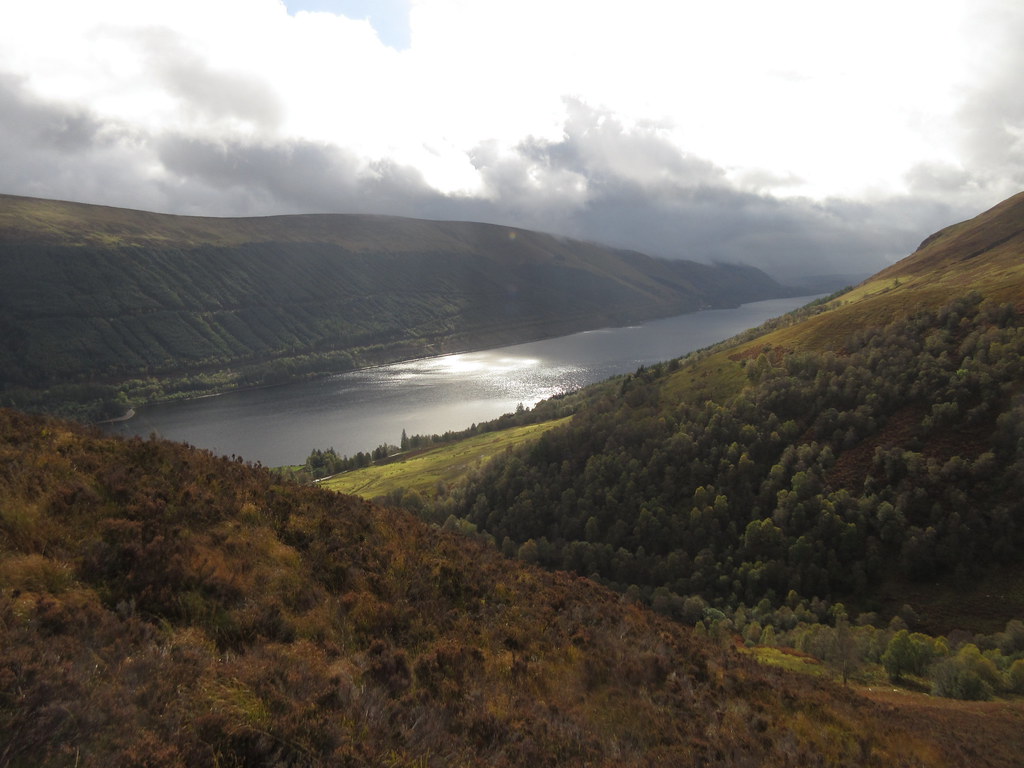 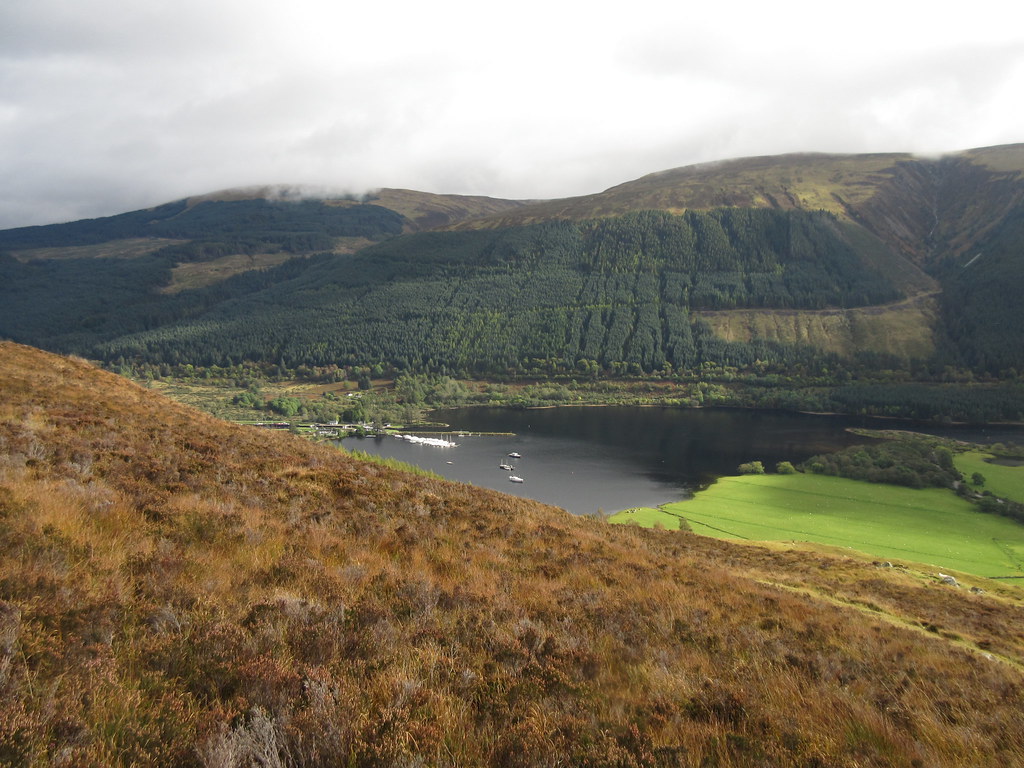 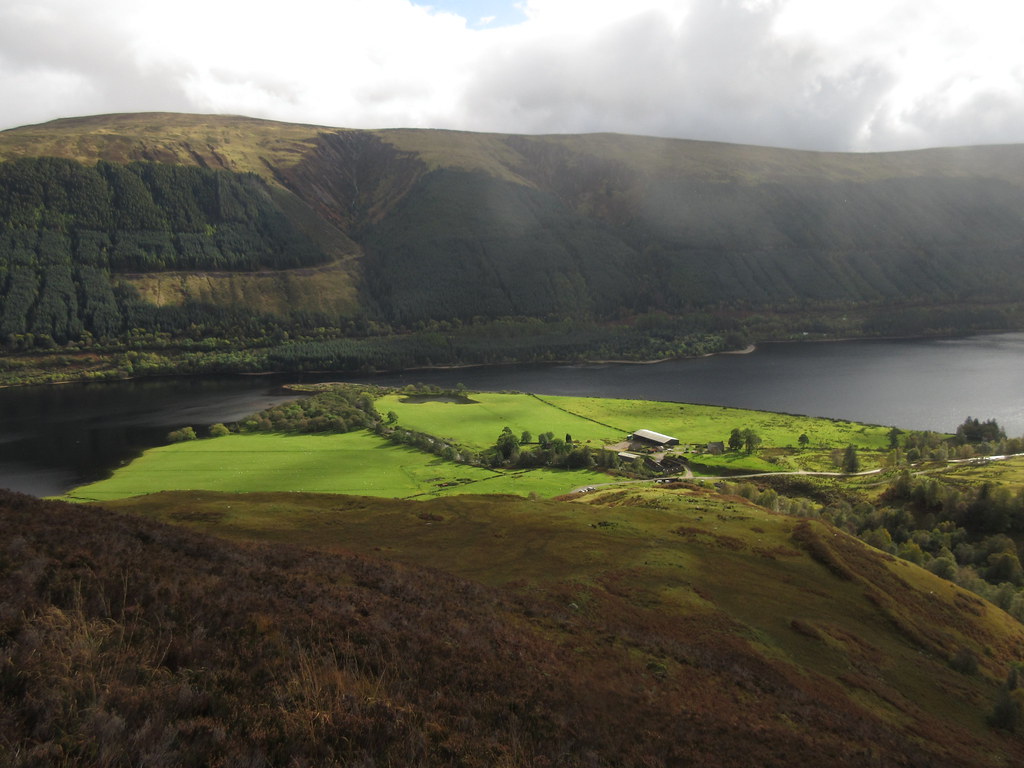 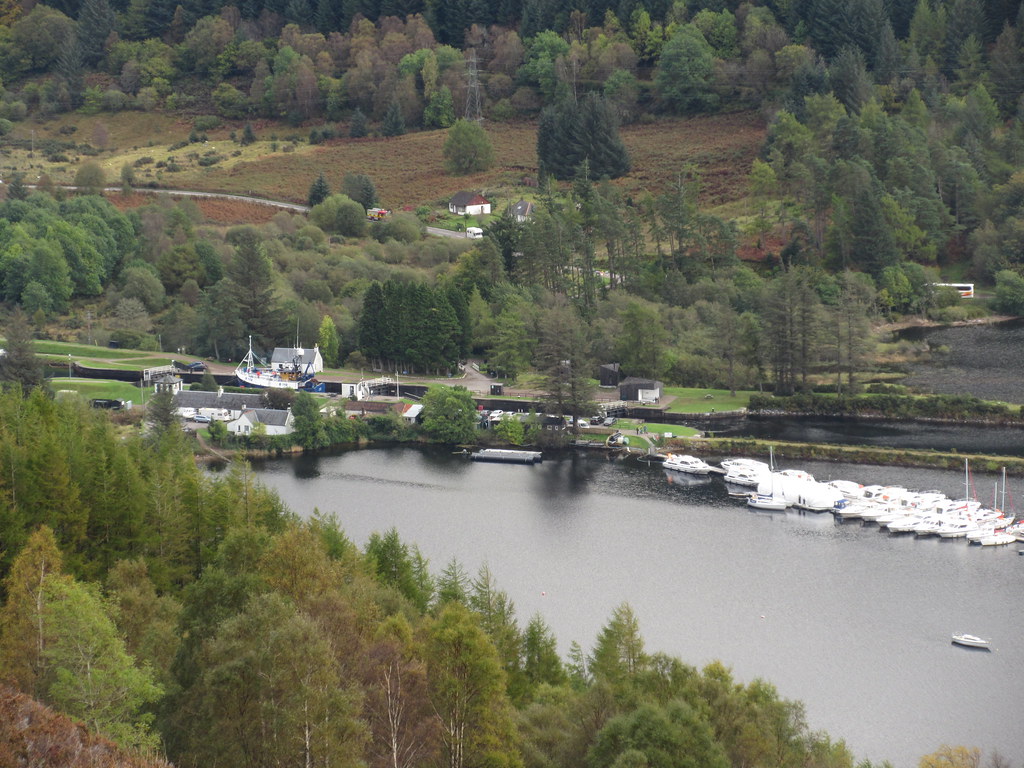 Given the forecast, this little walk turned out way better than expected. I didn't think I was going that slowly either, but I almost doubled up on my previous ascent time by a similar route, which I have recorded as 2 hours! I think I was racing the darkness, and probably ran the entire descent back then.

It was early in the day, so with the weather improving a little, I decided on another little wander above Fort William. I remember Druim na h-Earba as a handy viewpoint for Loch Linnhe, and somewhere you can see all the way down to Mull from - all for a 15 minute or so ascent.


Druim na h-Earbha.gpx Open full screen  NB: Walkhighlands is not responsible for the accuracy of gpx files in users posts
I parked up at the viewpoint layby above Upper Achintore and headed through a gate. There is a trodden way all the way to the summit, so I'm far from the only person to appreciate the ease of views from here. It was rather muddy though, more so than I remember. Must just be the amount of rain we seem to be getting this October. 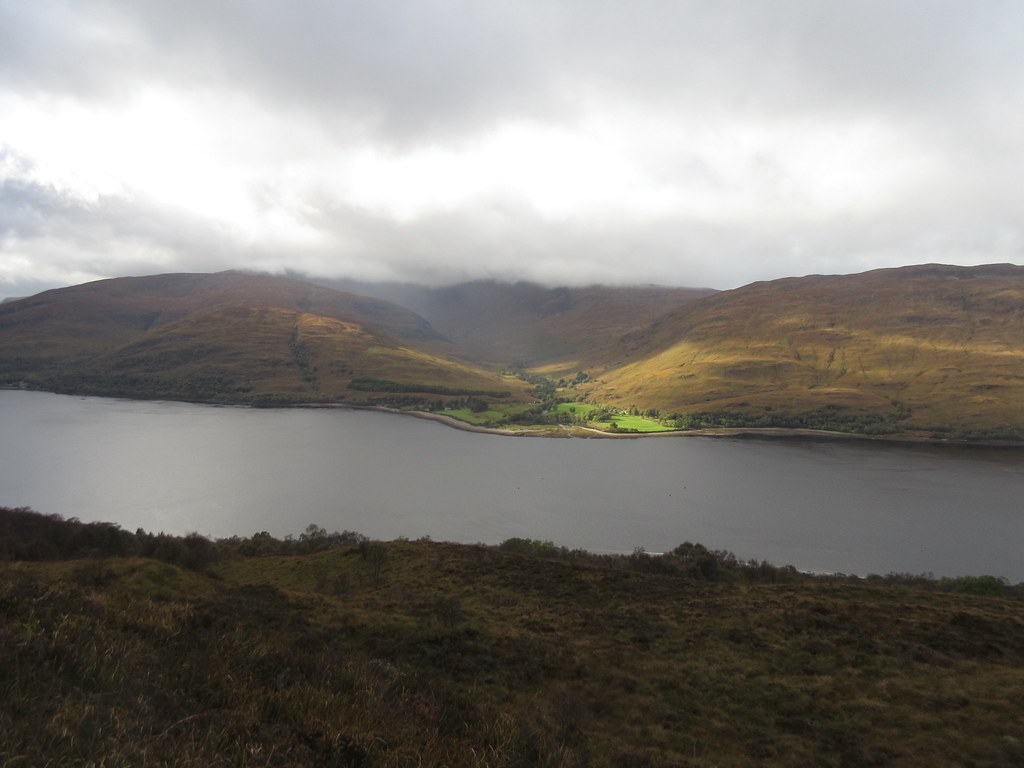 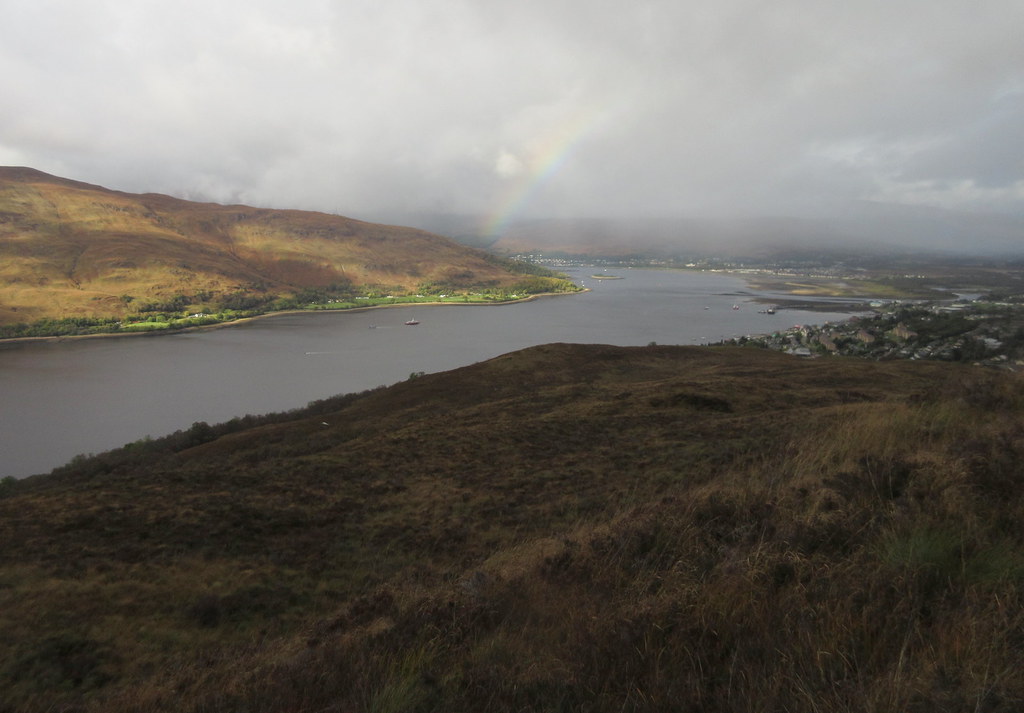 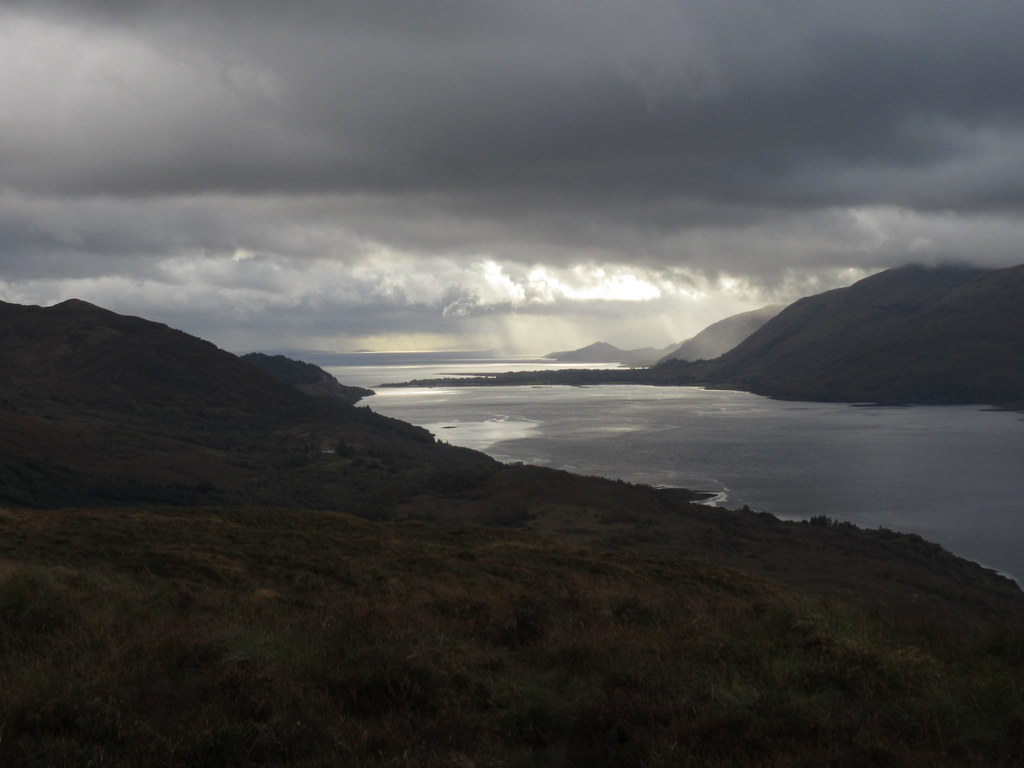 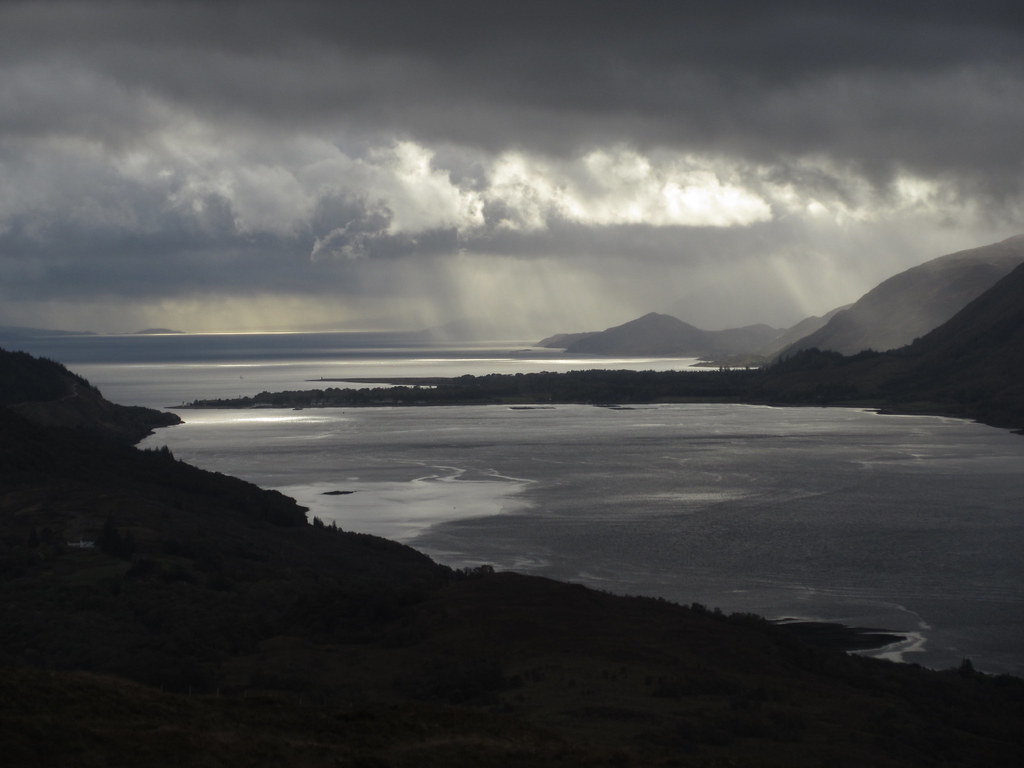 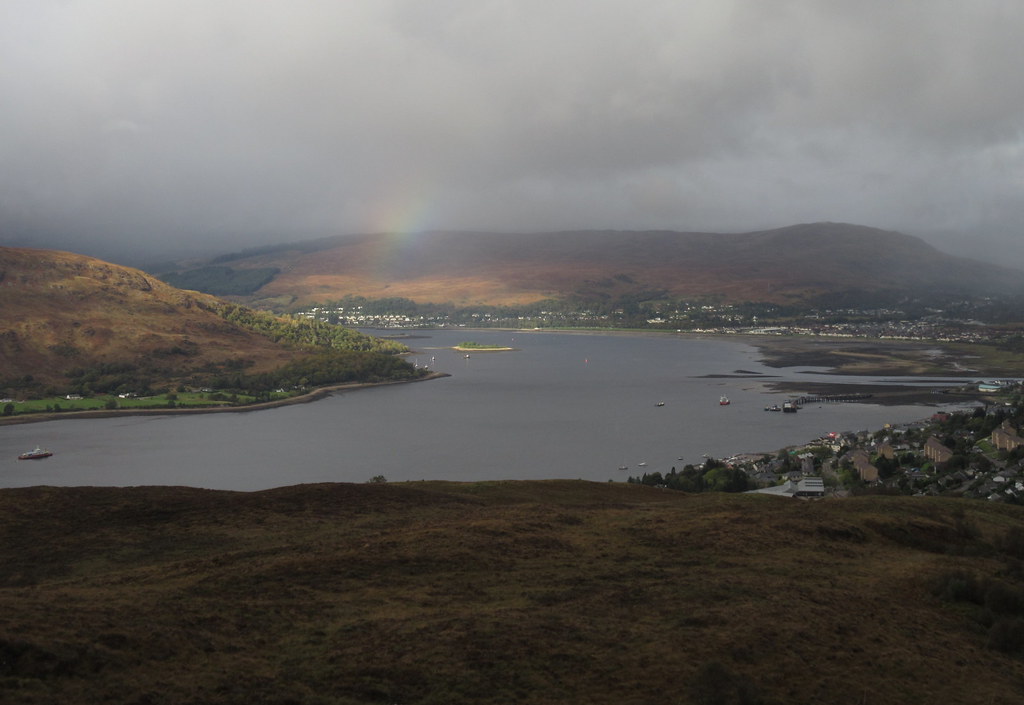 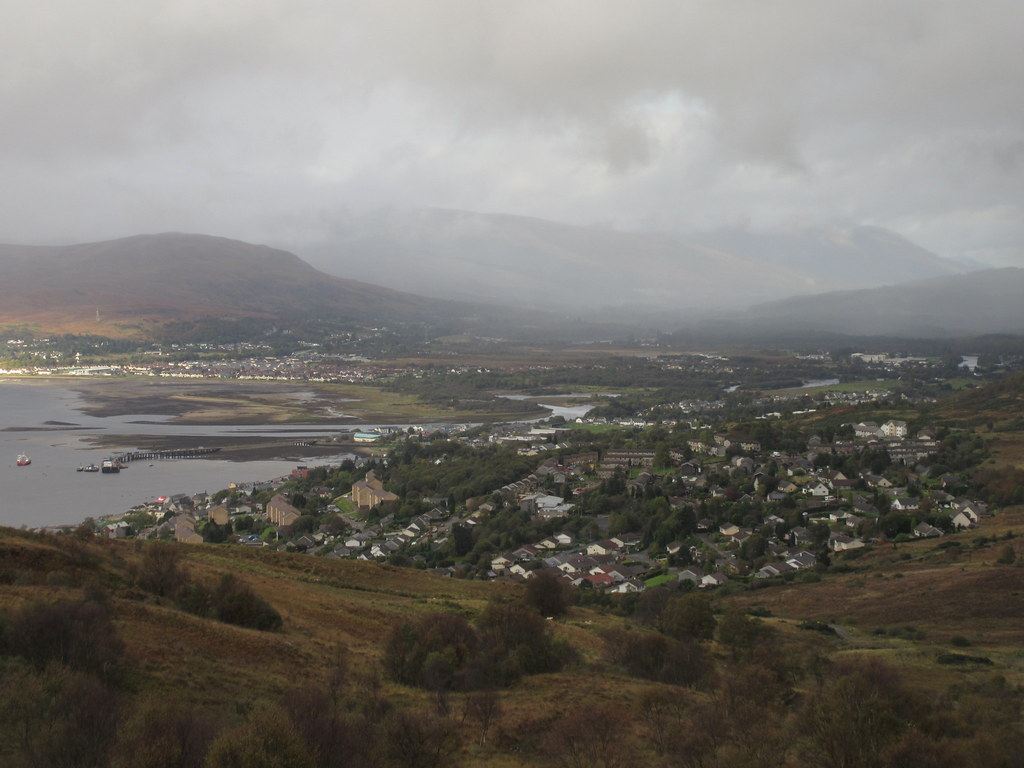 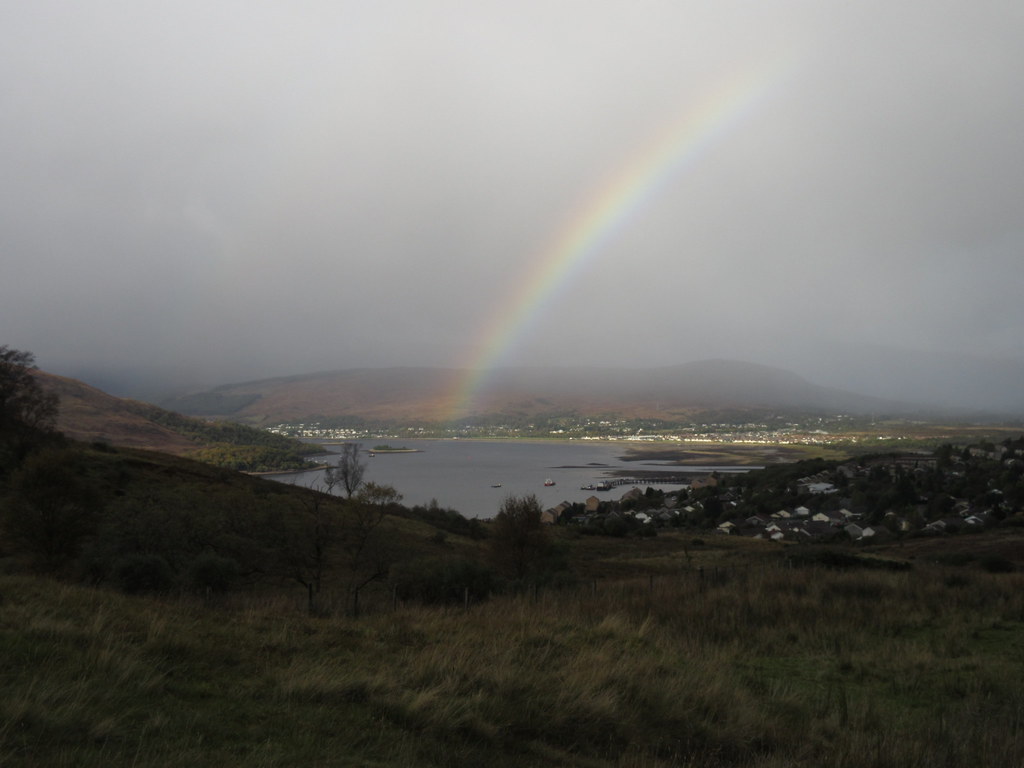 No need to say much about the route! Back down the same way and then on to Glencoe for a few drinks.

Some cracking photos there, especially the last few of Loch linnhe!

I'm disappointed you didn't cycle to glencoe though....

Beautiful colours of autumn despite the cloud

We're thinking of visiting Ben Tee during the next WH meet. We did it once in winter conditions but saw nothing from the summit... Hopefully second time lucky!

I wondered what it would be like to link the falls with Ben Tee - so thanks for this as now I know.

Nice one Malky. I have visited the Kilfinnan Falls a few times and would recommend them for a visit on their own, and a must visit for anyone who is going up Ben Tee anyway. I have never seen them with as much water as your pictures though - looks impressive.
A few years back I went up Ben Tee from the north via the Bealach Easain I think it is an old right of way from Tomdoun to Kilfinnan. An area which is rarely visited by hillwalkers but it is signposted.

Ben Tee from the north with directions. Users browsing this forum: No registered users and 144 guests