Back in the Lakes for our annual Autumn holiday, and we started off fairly gently with an ascent of Carrock Fell - we had tried it before along with High Pike but the weather was against us on that occasion.

We set off from just past the ford on the Carrock Beck. 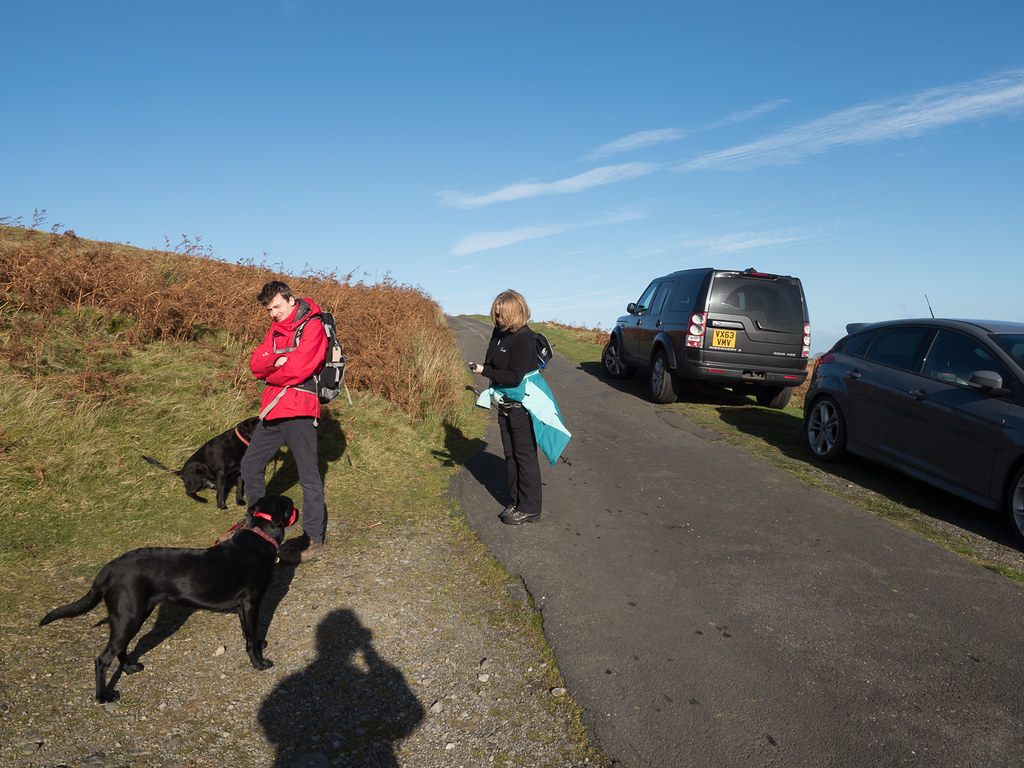 Nice to have the target in sight right from the start. 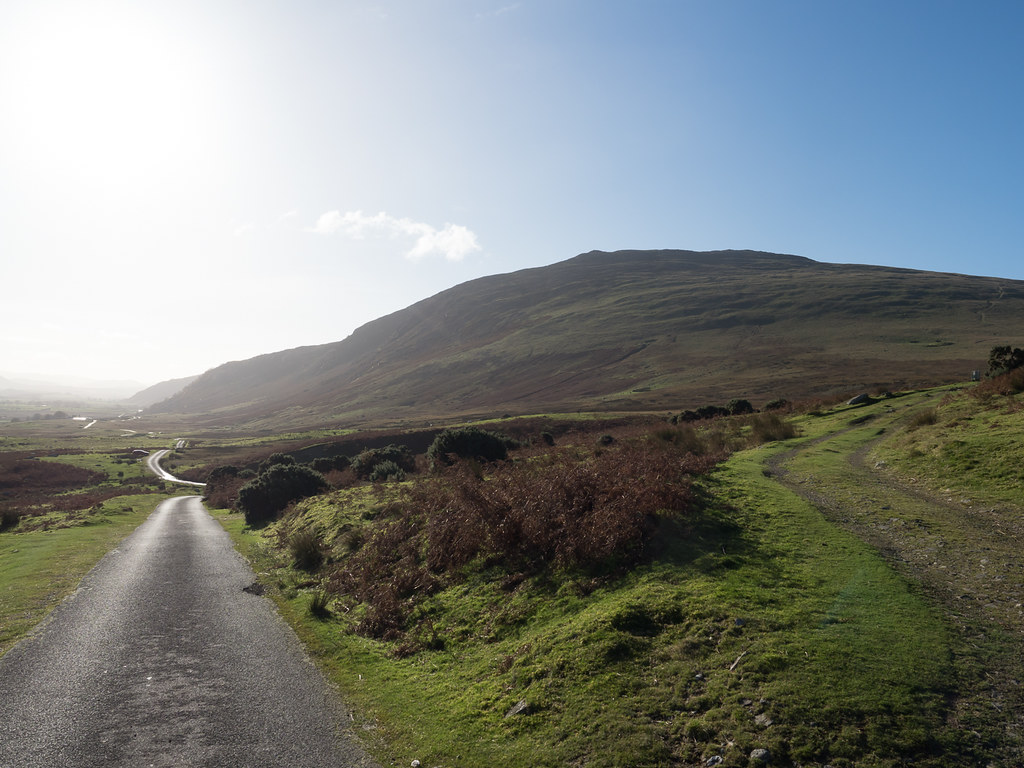 Carrock Fell from our starting point

We set off up the valley towards Driggith Mine. 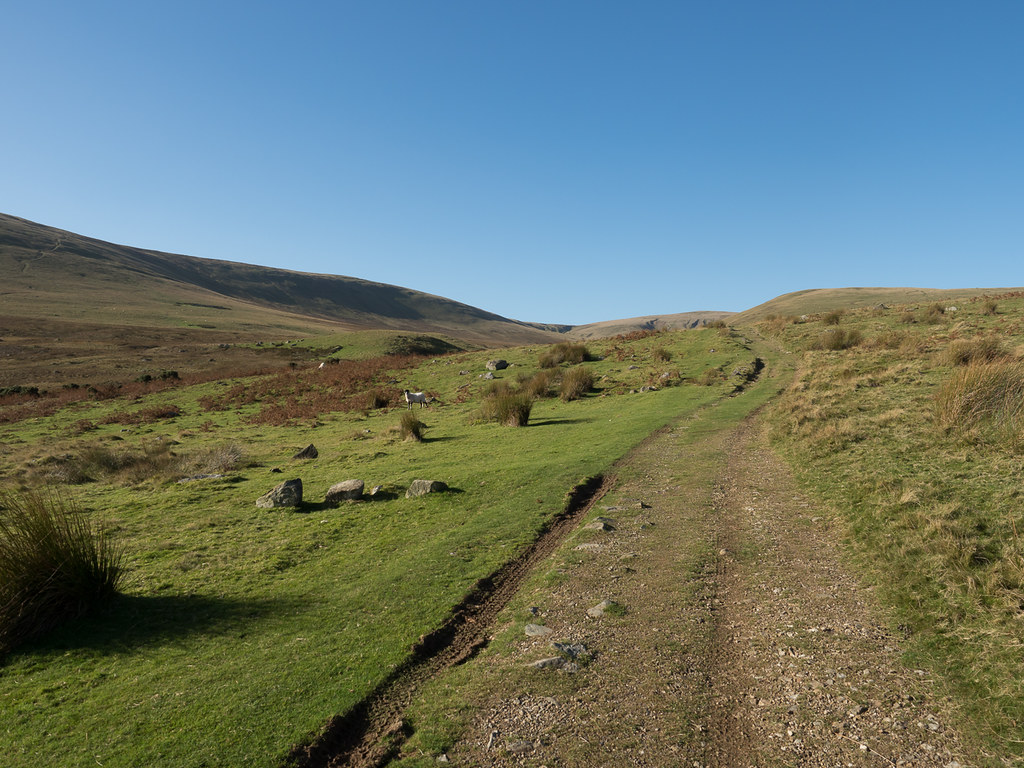 The old mine road

The original plan had been to ascend via Red Gate, back along the ridge to Carrock Pike, then a descent down the north flank to the stream. But for some reason we decided to reverse the plan and set off directly towards the summit from the mine path, only to find our way blocked by a stream with no easy way across... 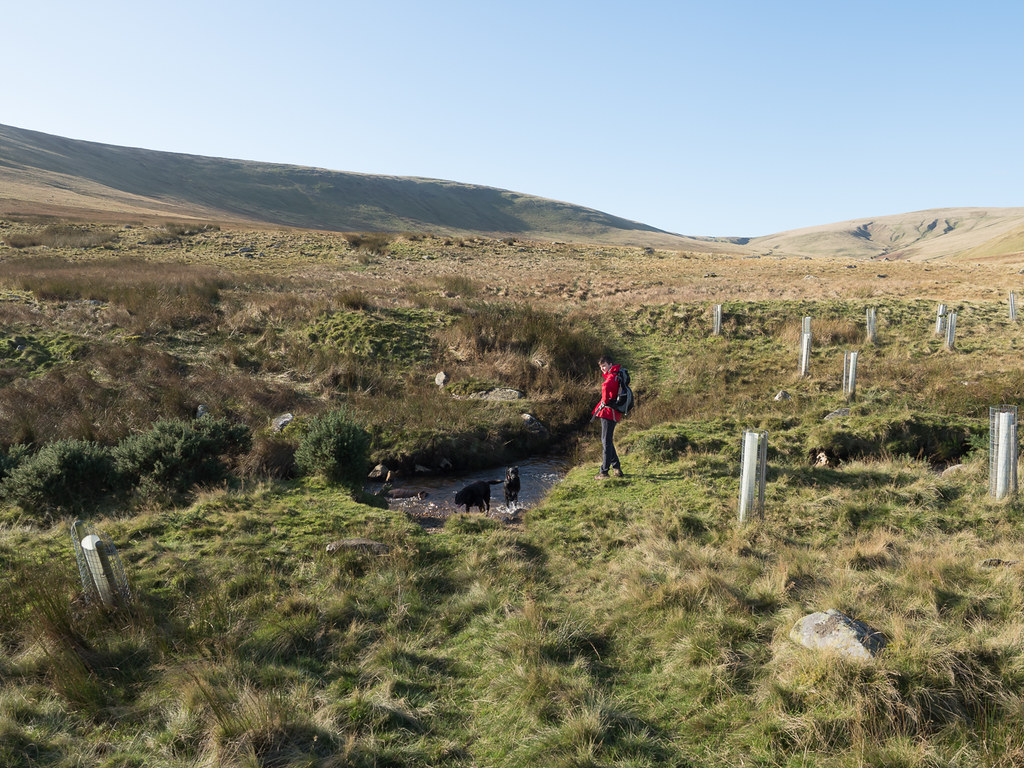 We decided that rather than risk a slip that would leave us cold and wet for the rest of the day, we would revert back to plan A, and headed back to the mine road. 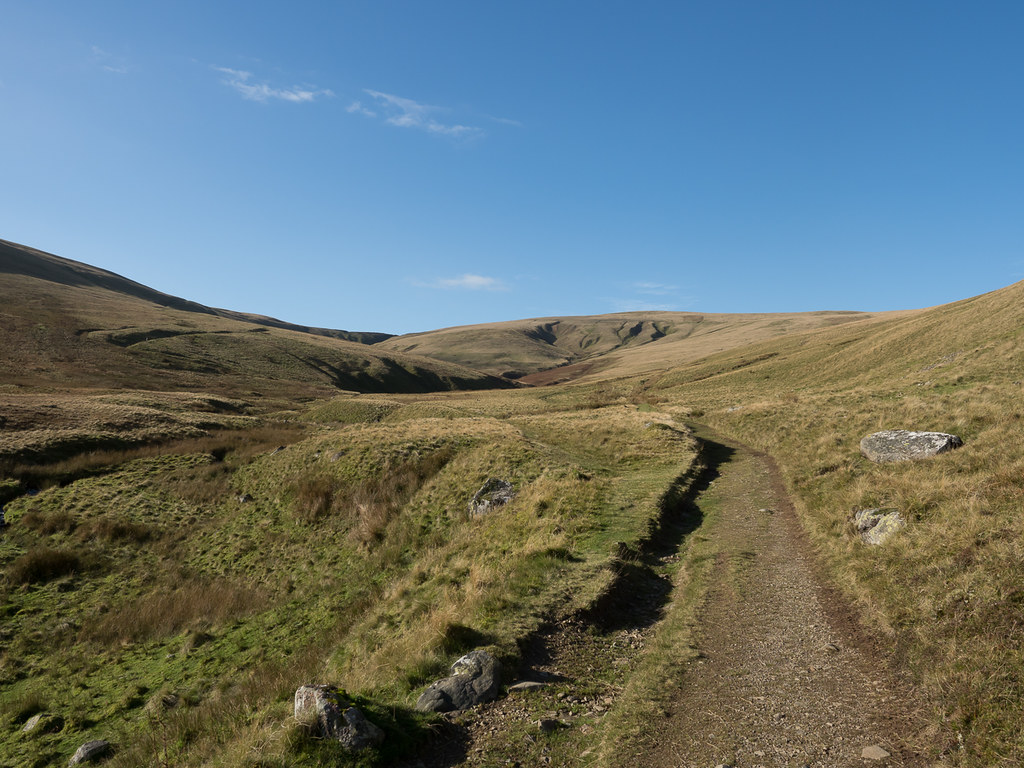 Back on the mine road

It's a very easy and gentle ascent as far as the fork that leads to Red Gate, with views of the old mine workings at the head of the valley. 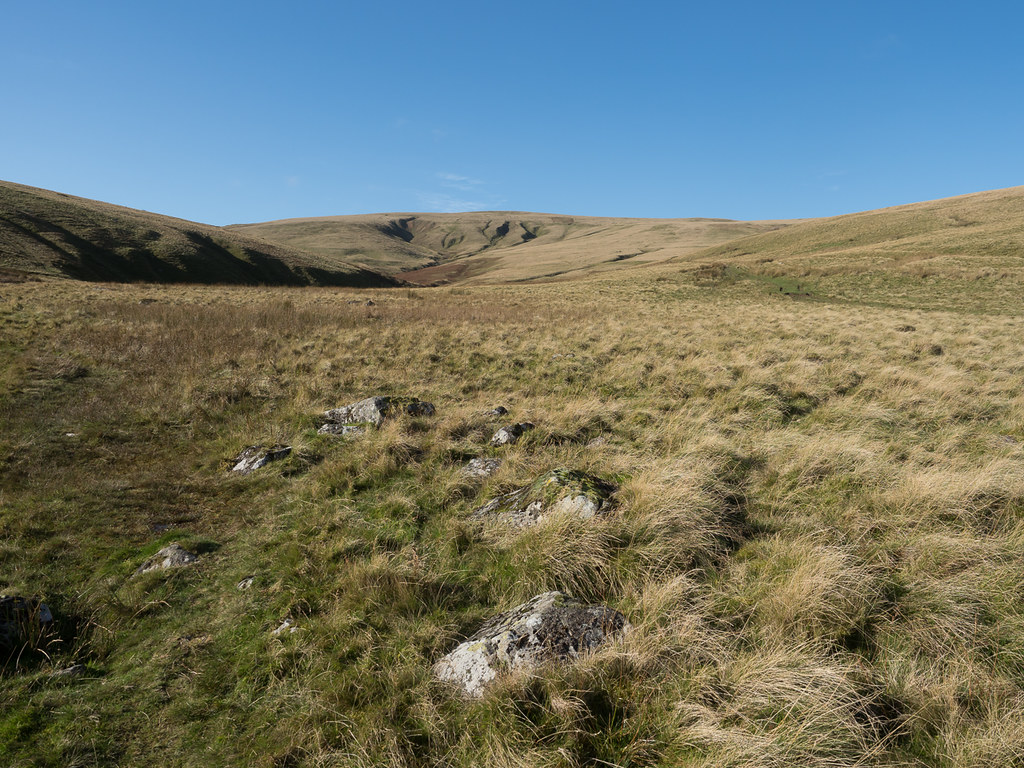 High Pike and Driggith Mine

At the fork we looked back towards our final destination. 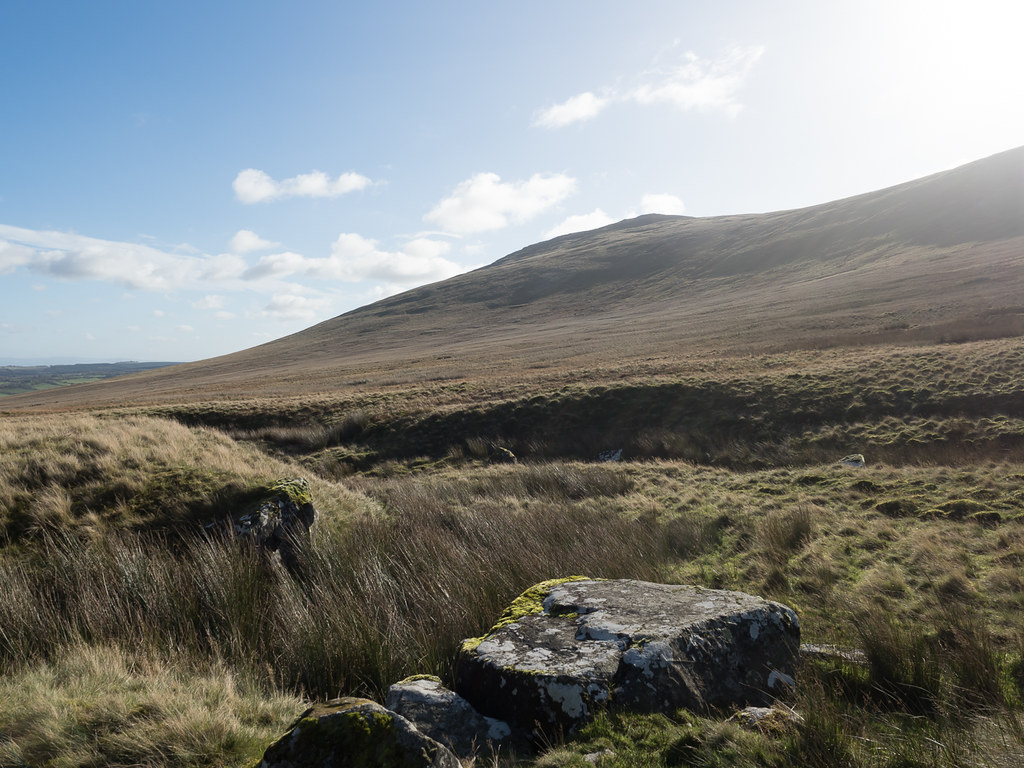 Looking back towards Carrock Pike

Then there was a steady climb up the Red Gate path until we got to the ridge, and our first views of the fells to the south (well, mostly Blencathra and Skiddaw, since they blocked anything more distant). 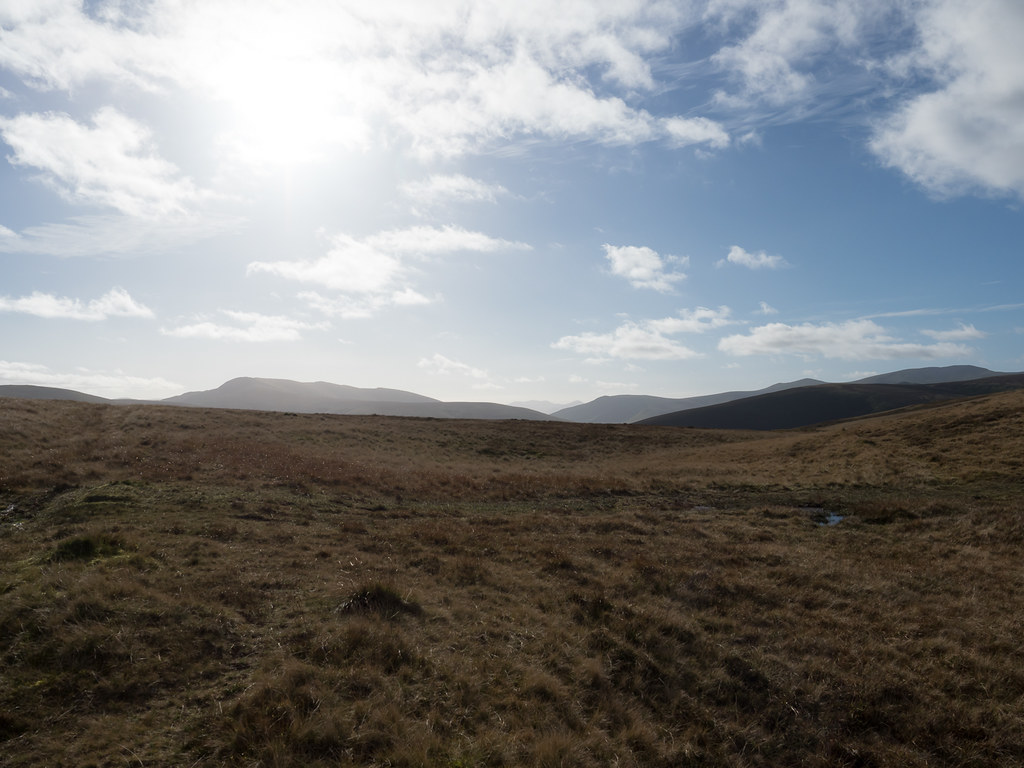 I did wonder for a moment about popping over to High Pike, since we had missed the views last time we were there (due to low cloud and sideways hailstones). 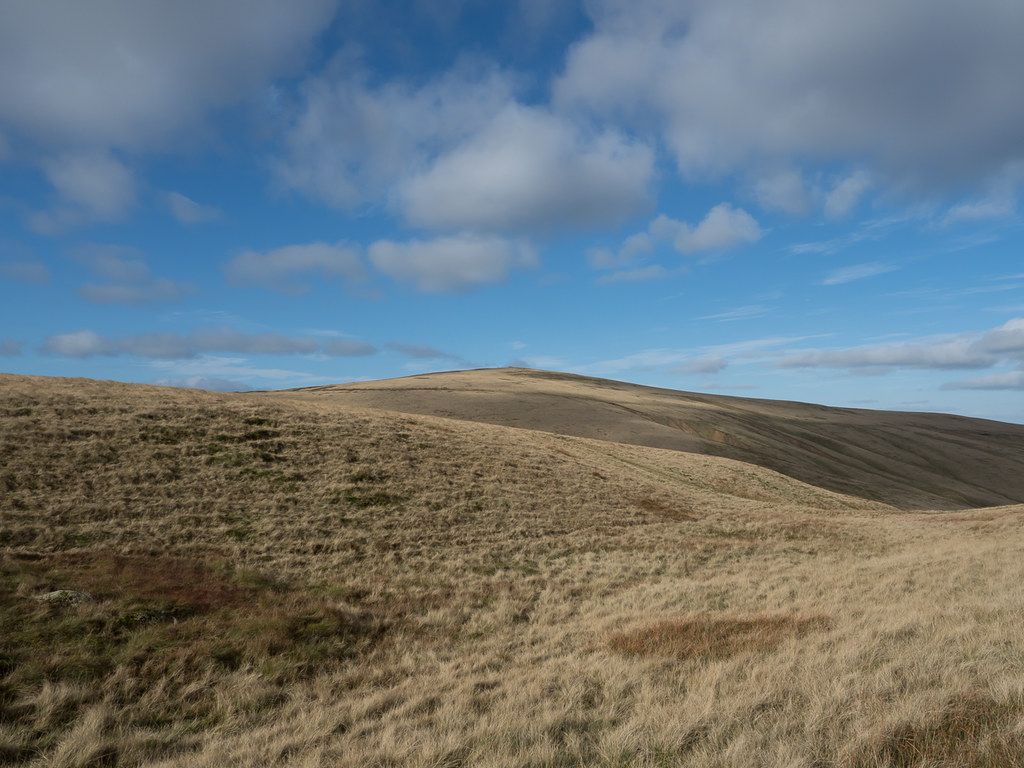 But a glance at Wainwright suggested there was little to be seen from High Pike that we would not see from Carrock Fell or its approach, so we set off along the ridge. A nice easy ridge, at least initially. 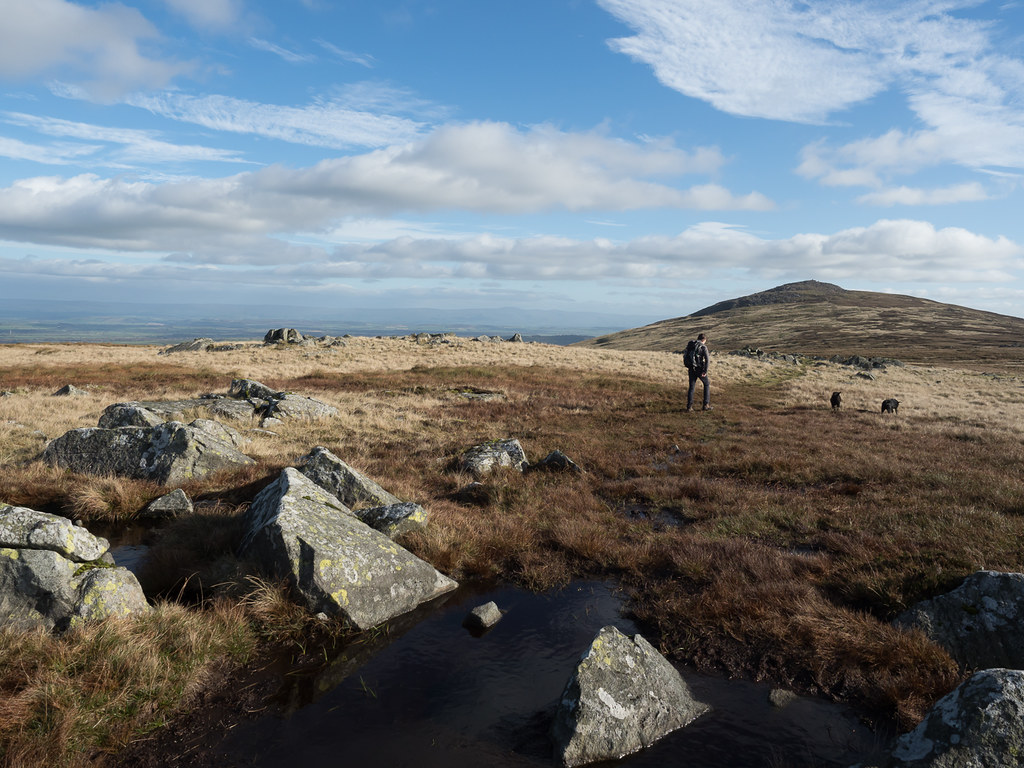 The path seemed to get less and less distinct and more and more boggy the closer we got to our goal - but it wasn't far. 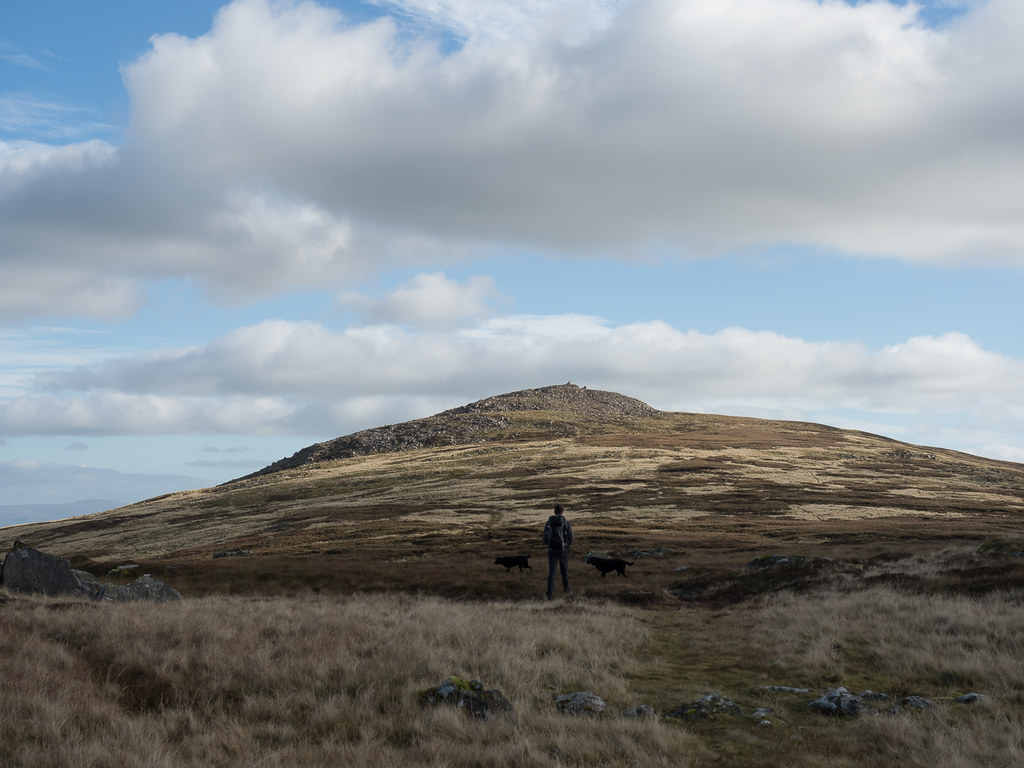 An interesting top - apparently an old fort, and certainly lots of weird constructions around. 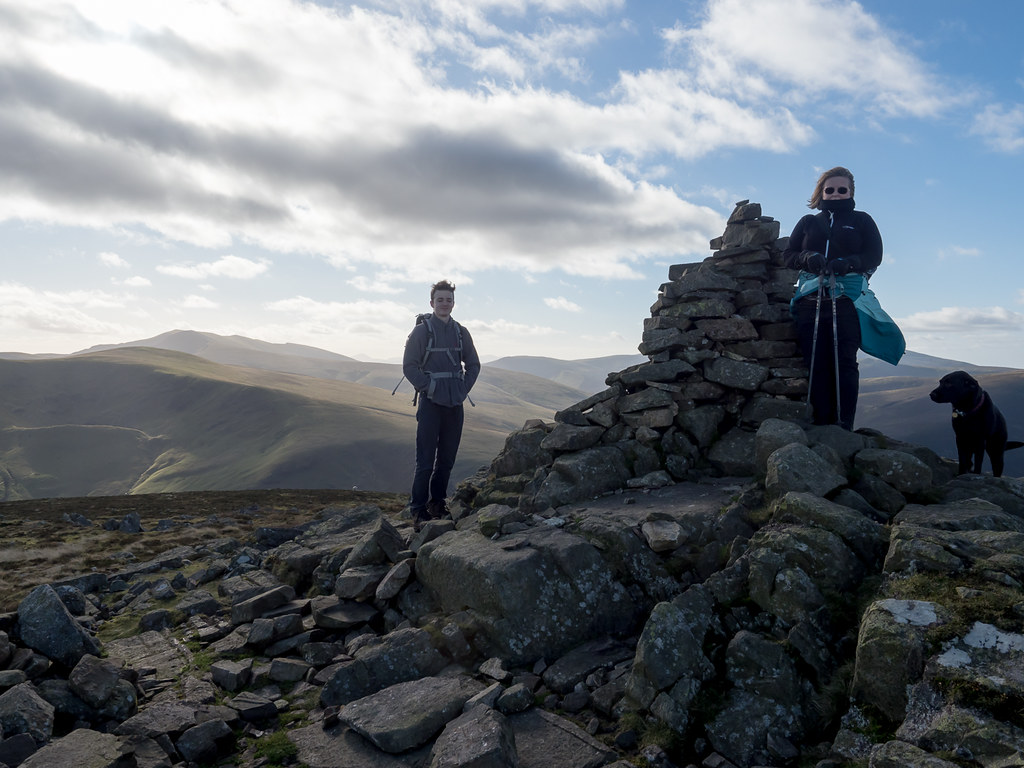 The view was somewhat dominated by Blencathra and its foothills, but there were glimpses of more distant fells too - including Great Gable which rather surprised me.

I had been a little nervous about the descent since it was not at all clear whether there was a path all the way, but it turned out to be very simple (and there was). 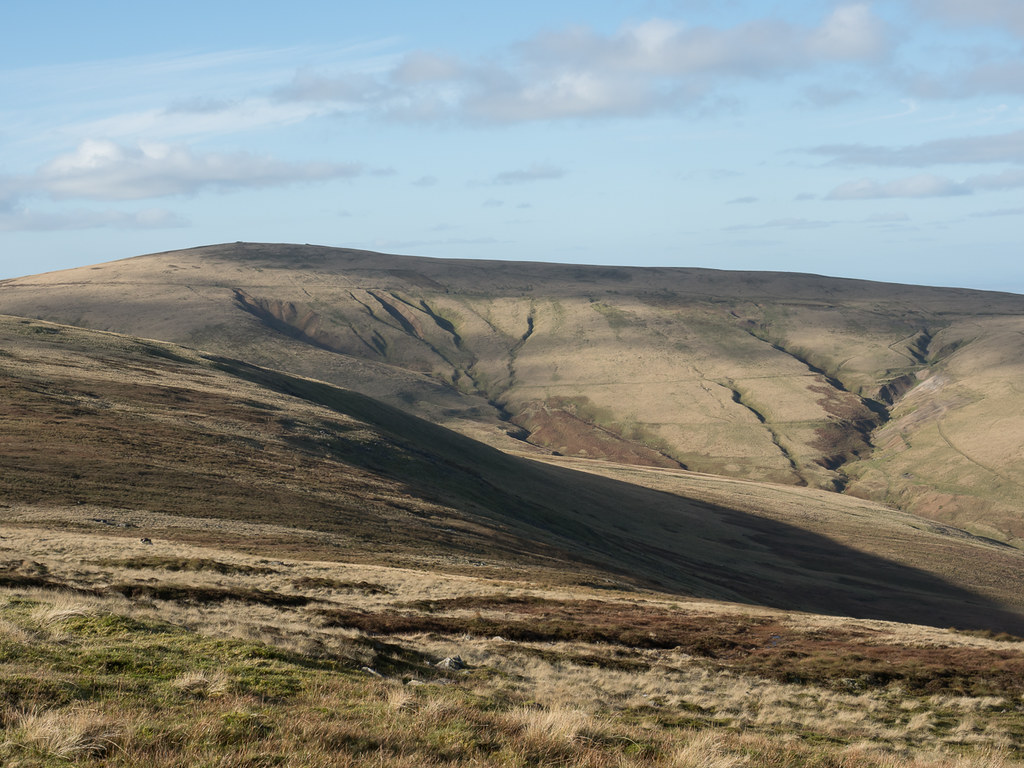 High Pike and Driggith Mine workings

A steepish descent but soft enough underfoot that it was not unpleasantly so. 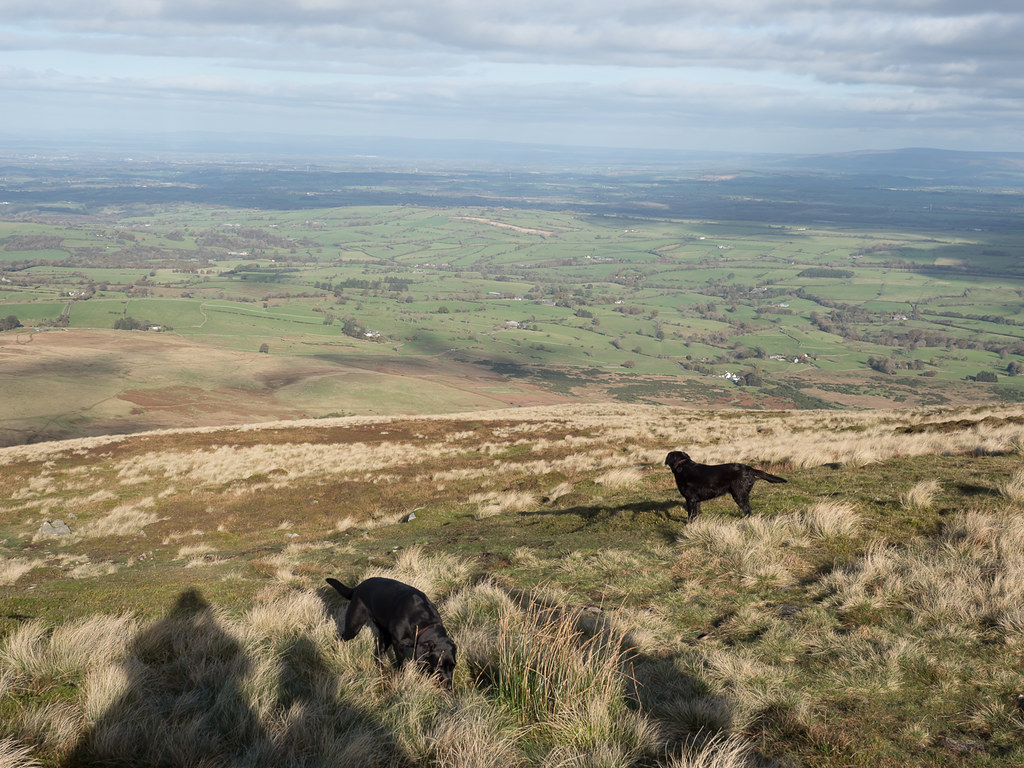 Heading back down towards Carrock Beck

The car came into view, and a trick of the light made it look like someone was standing by it - a little disconcerting. I hurried ahead to make sure all was well. 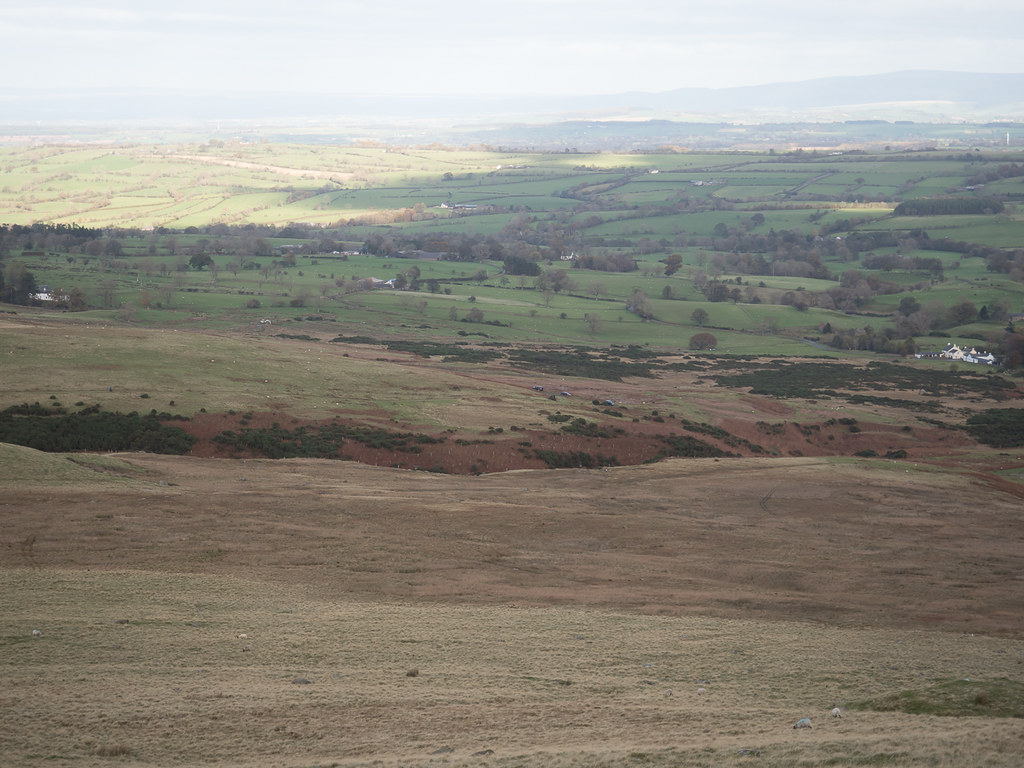 First view of the car

Rather than attempting a crossing of the beck, we followed the path along the south bank as far as the road, where a footbridge was provided next to the ford. 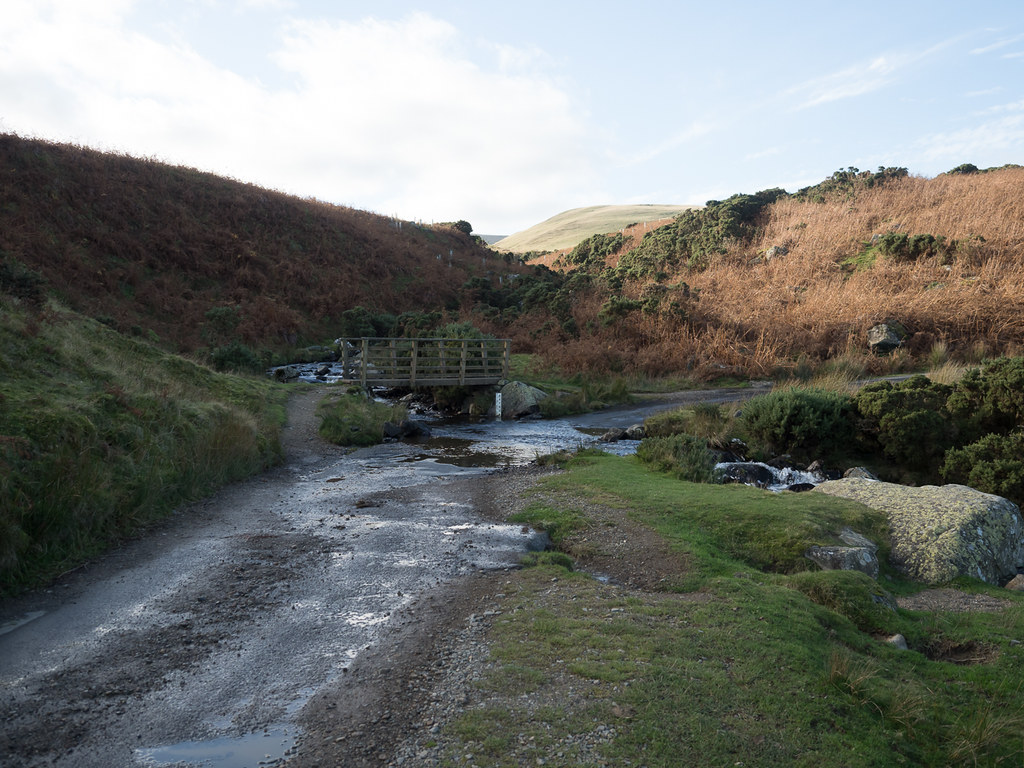 From there a short climb back to the car, and home. 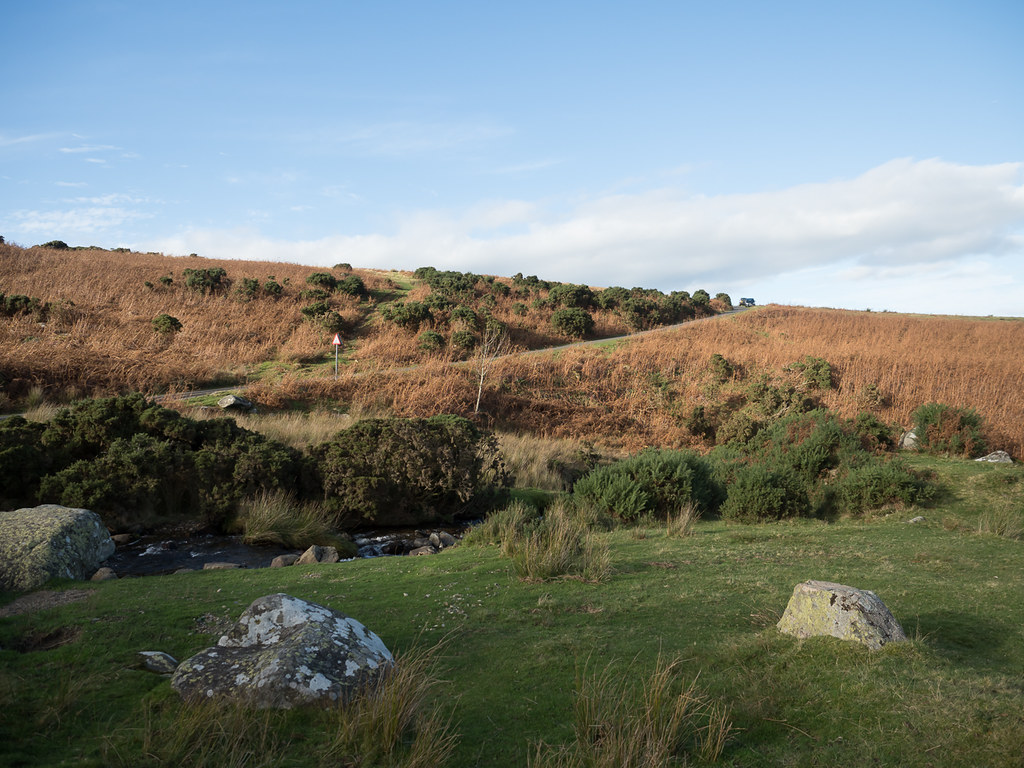 The road up from the ford

Carrock Fell 2017-10-29.gpx Open full screen  NB: Walkhighlands is not responsible for the accuracy of gpx files in users posts