A good day for views, that makes a change.

A good day for views, that makes a change.


When we were on Mellbreak in April I looked over to Great Borne and Starling Dodd and thought they'd make a nice walk in the summer when we had time to go further if we wanted to but, when plans are made, they never seem to work out so these two were forgotten about and would probably be put off untill next year.

When I was looking at my red balloons for this weekend's plans I noted that they were the only ones left to do that far west and now with daylight being shorter they'd be ideal for a Sunday before we travelled home, so, doing a bit of research on parking and access I decided to give them a go from Bowness on Ennerdale Water which looked to be the less frequented approach.

The car park at the end of the road below Bowness Knott is ideally situated and free (a bonus).

Sunday morning we chucked everything into the car and set off for the car park, the sun was shining, there was no wind, things were looking good.

Wanting a fairly short day we decided to do the two and then return by the same route more or less, I liked the look of an ascent by Rake Beck, higher up there's a bit of scrambly steep stuff through the heather that could add a bit of interest. 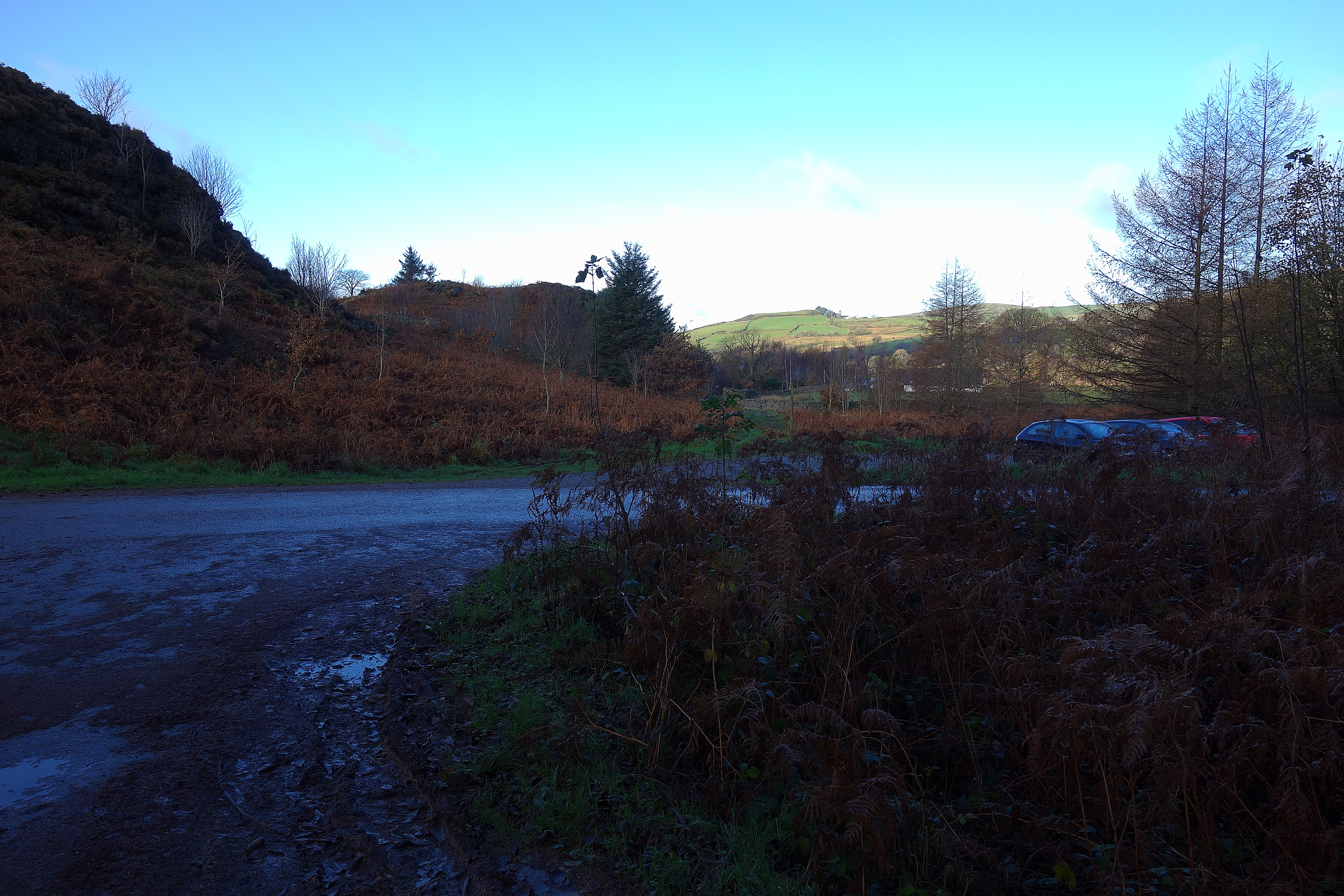 We set off from the car park and found the stile over the fence at around NY110159, the path up the hillside is good and heads up to the corner of the plantation that surrounds Bowness Knott, here it splits, we went straight ahead towards Brown How and the start of the steep bit beside Rake Beck.

Higher up the we found the sun. 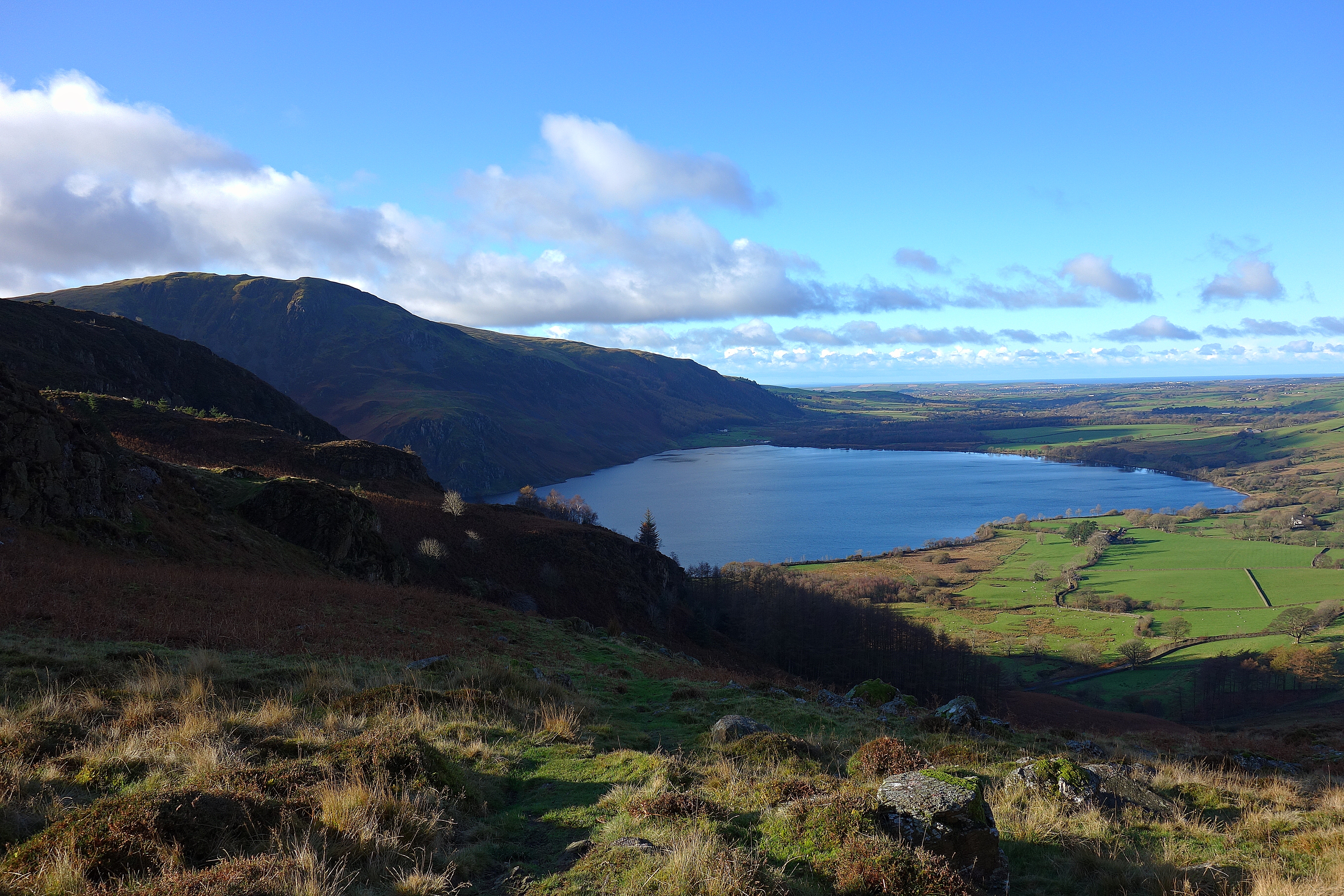 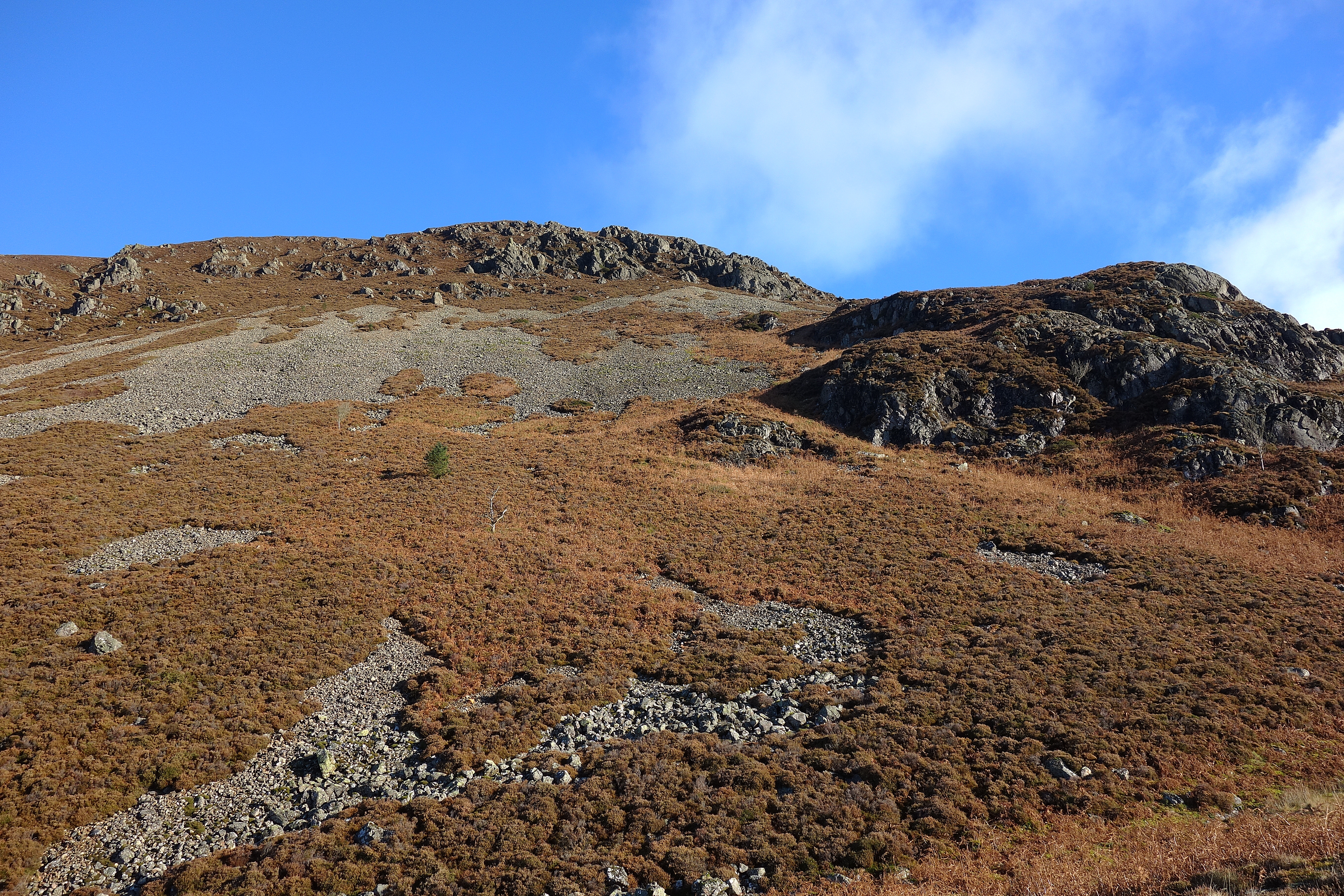 The path by Rake Beck was steep, I struggled a bit with my knee so it slowed us down a bit, an excuse for a couple of photos. 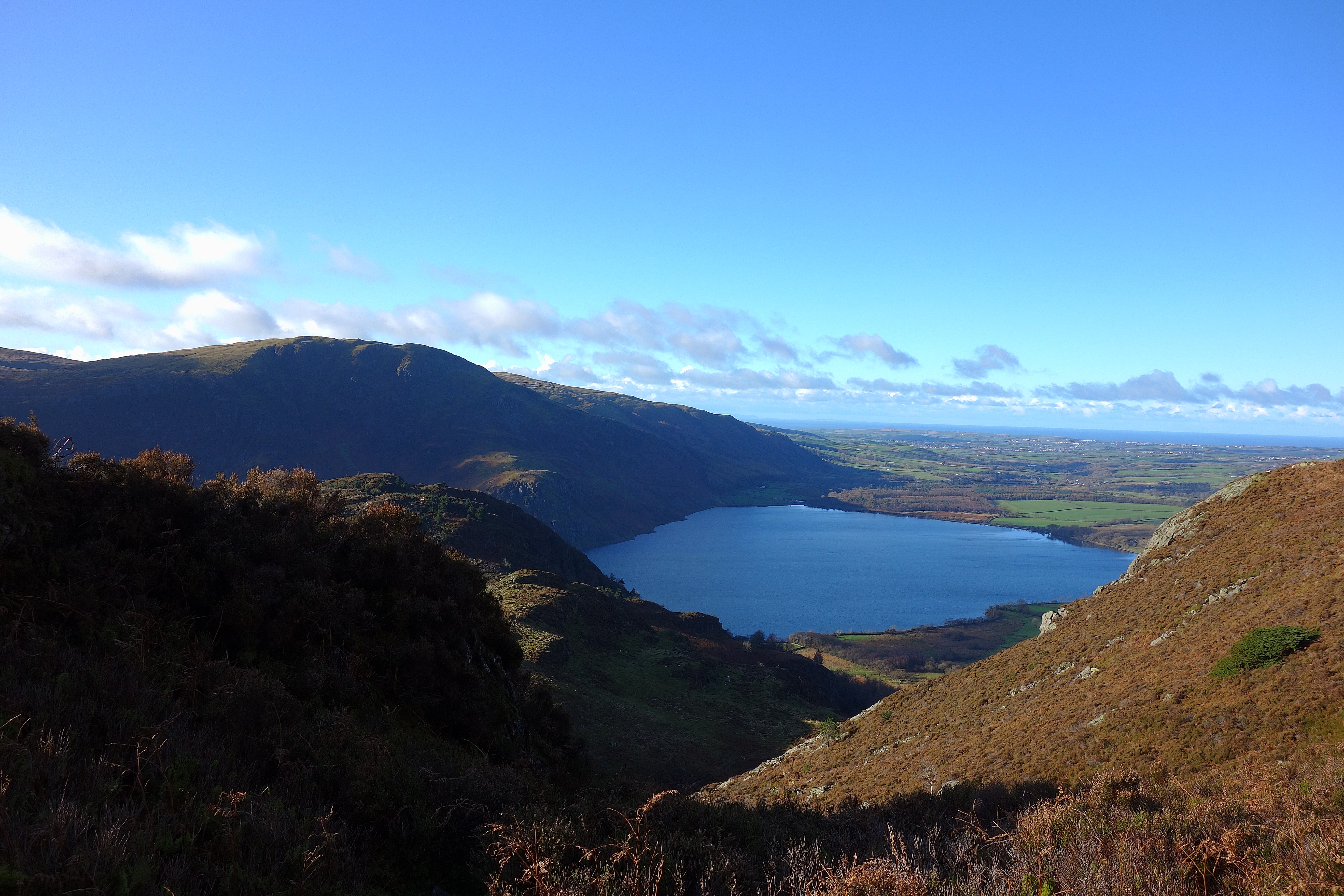 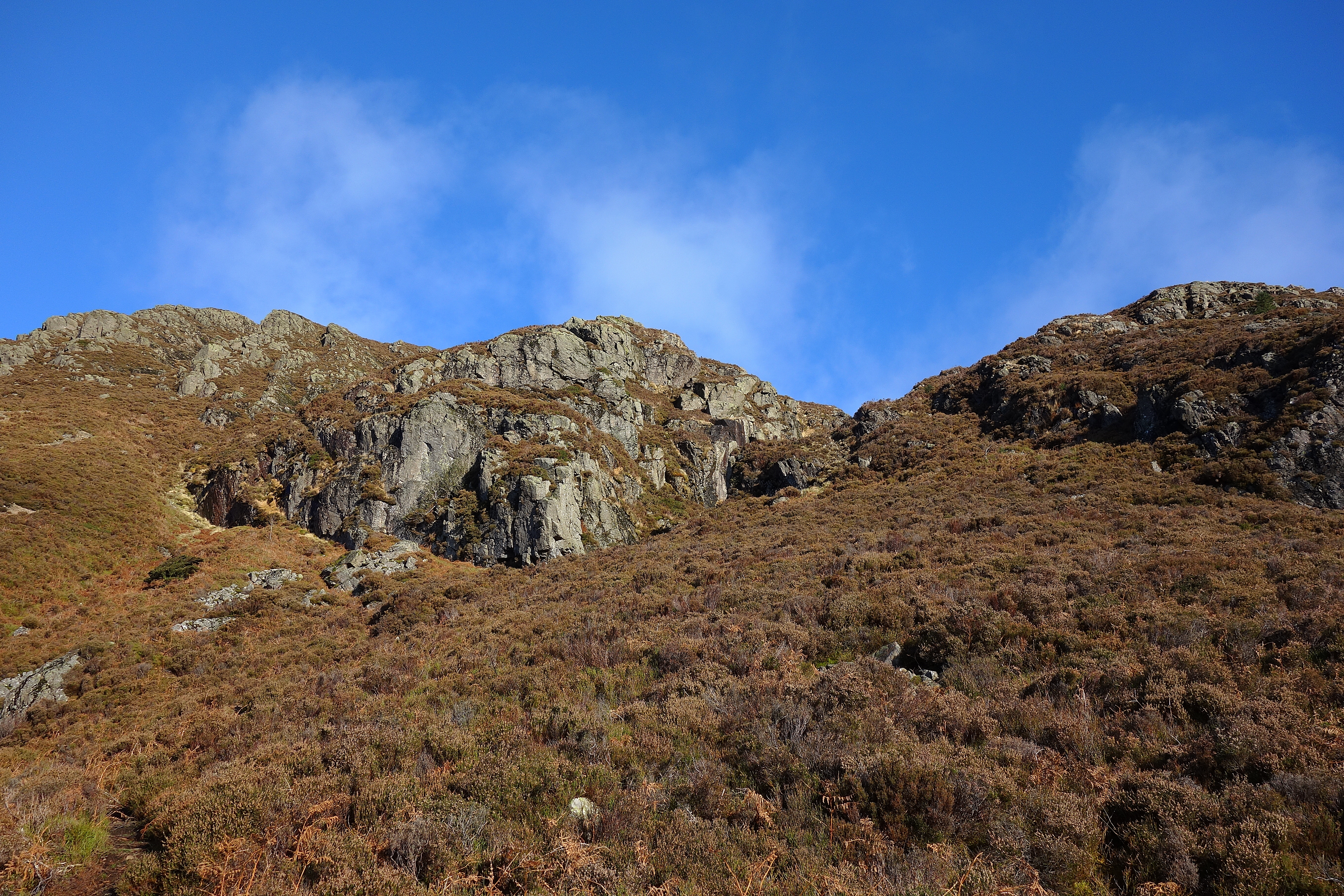 It levels off at around NY120163 and from there on its a very pleasant walk to the summit of Great Borne following a good path. 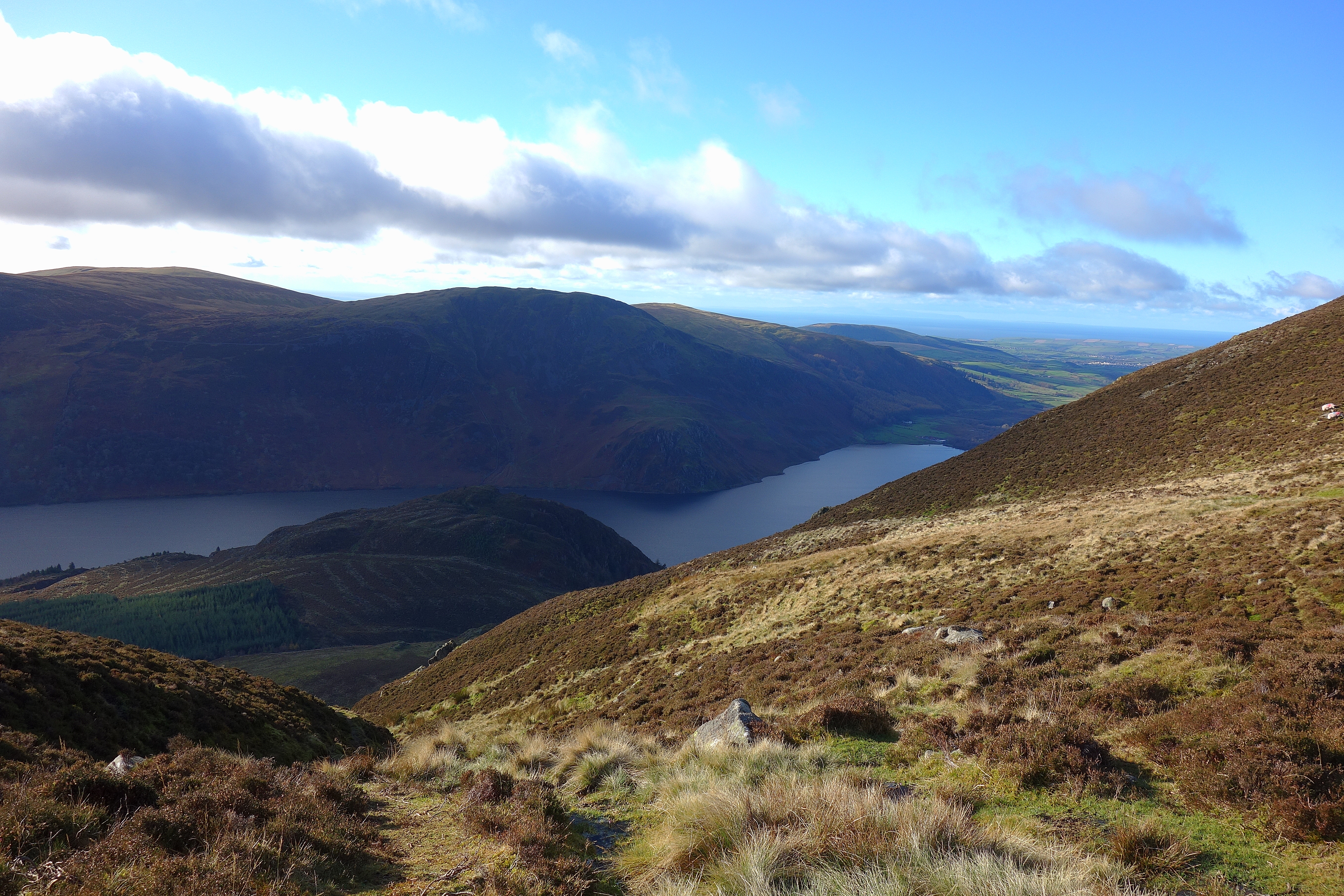 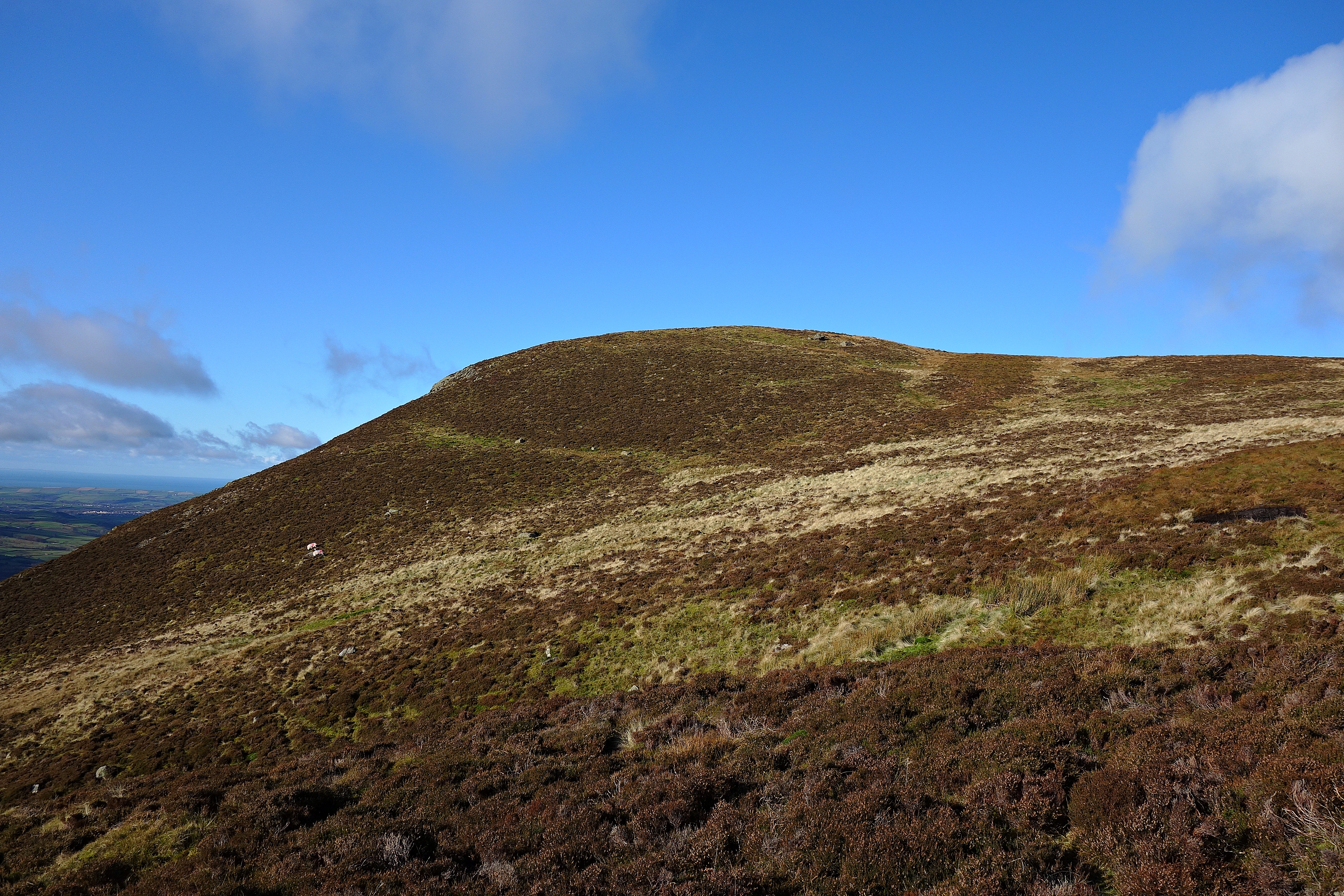 Great Borne from the top of Rake Beck. 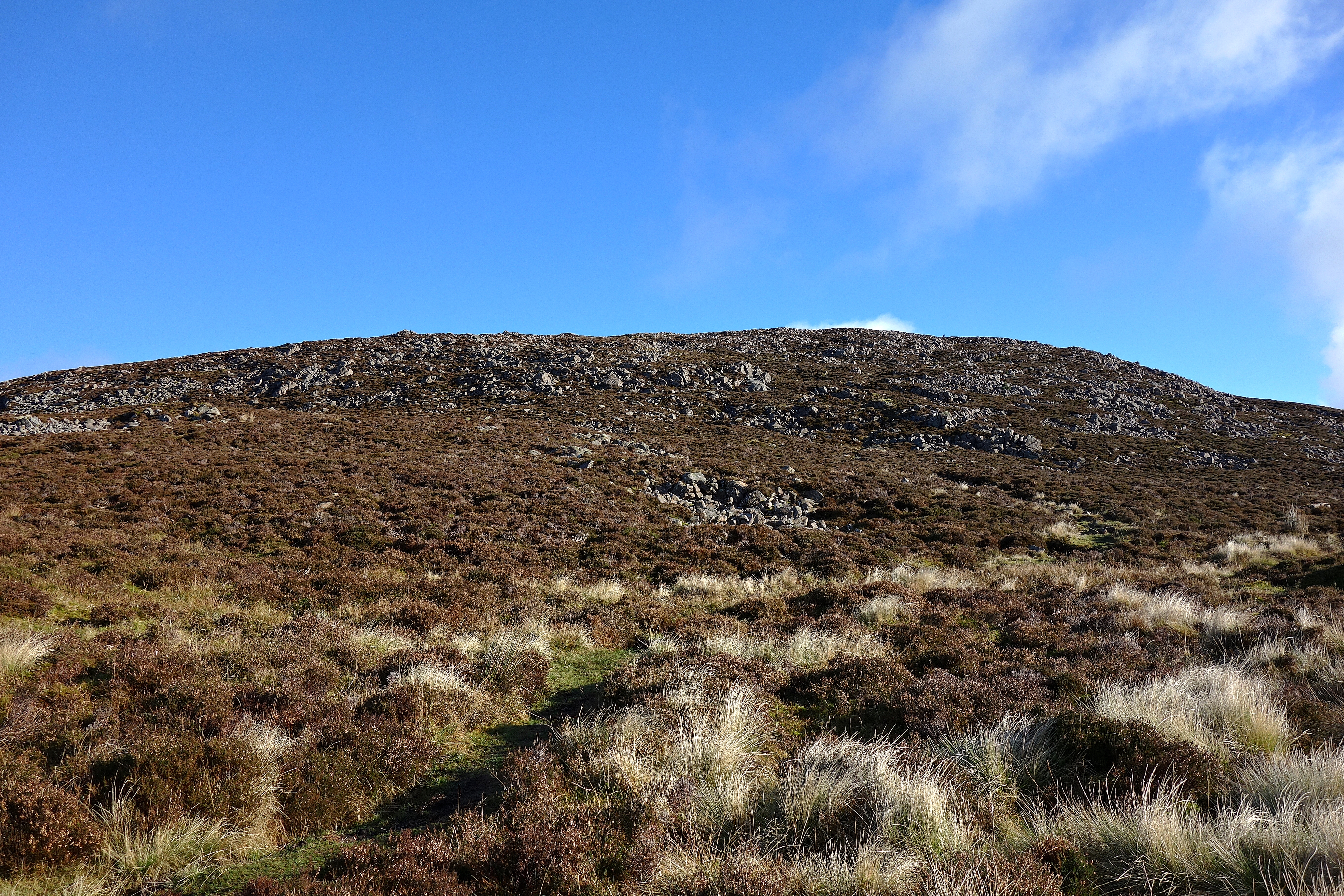 Near the top it turns bouldery which adds a bit to the heathery slopes around, the trig point and summit shelter soon comes into view. 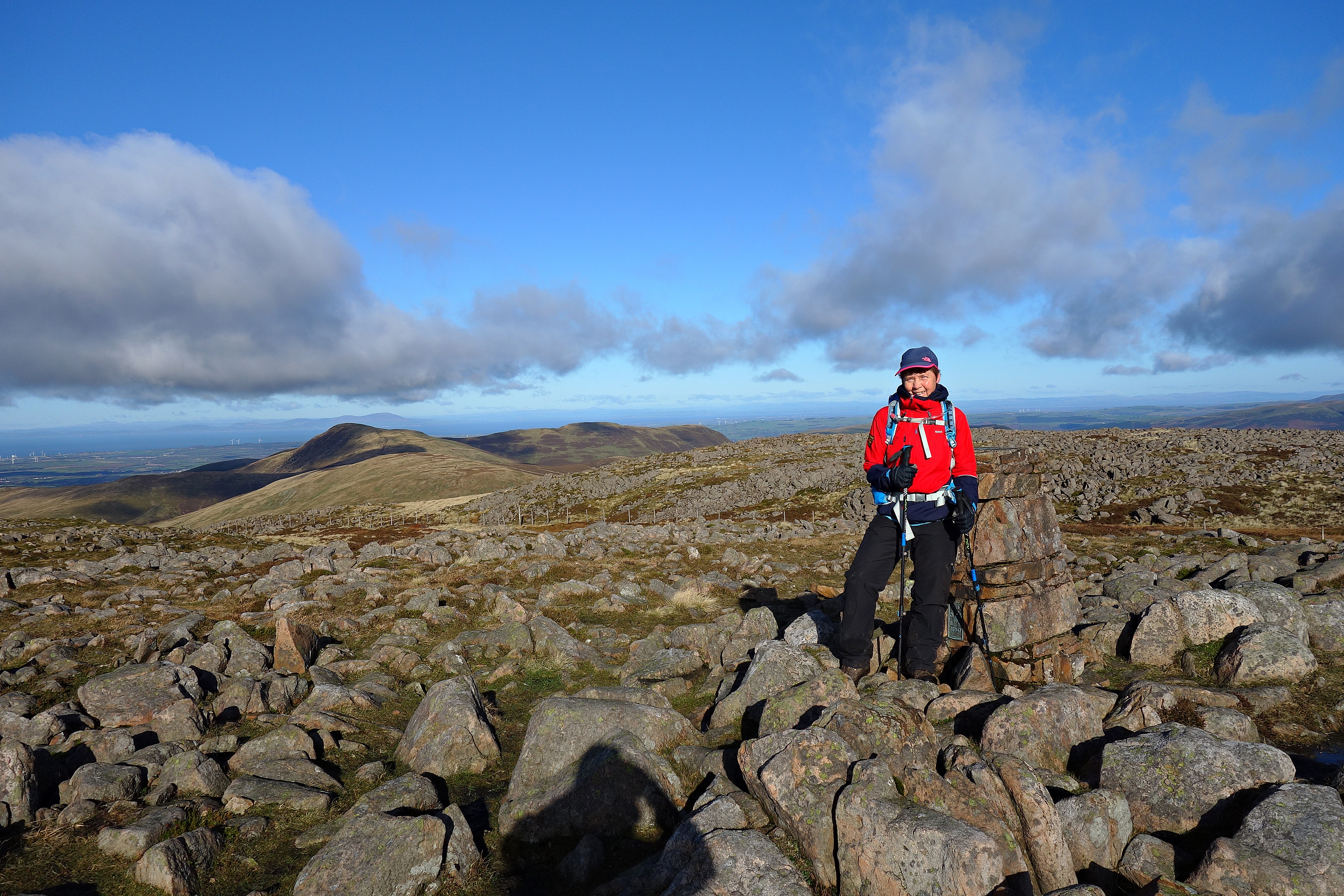 The views from the top are excellent, most of the mountains in view we'd been to the summit of which gives a sense of achievement. 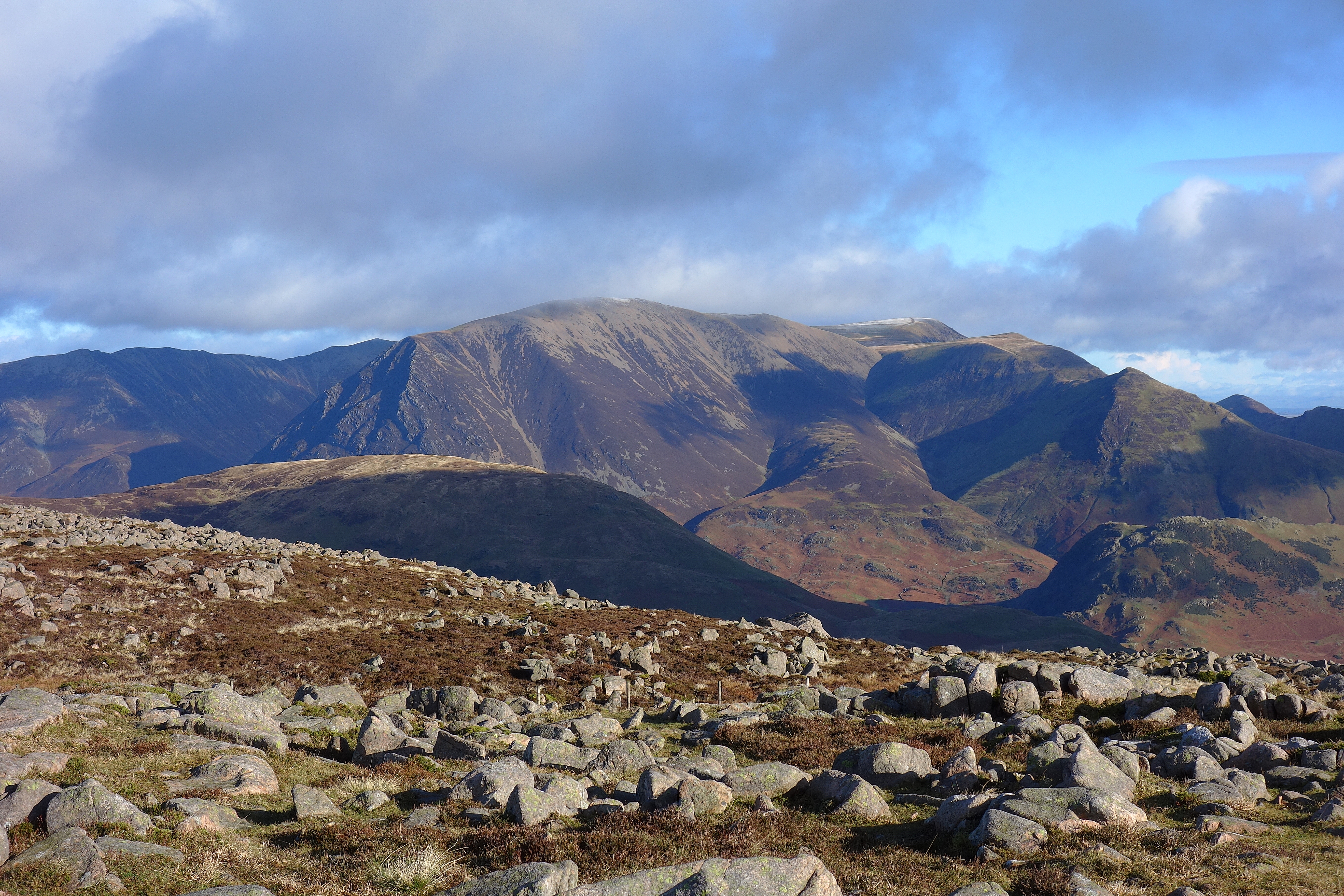 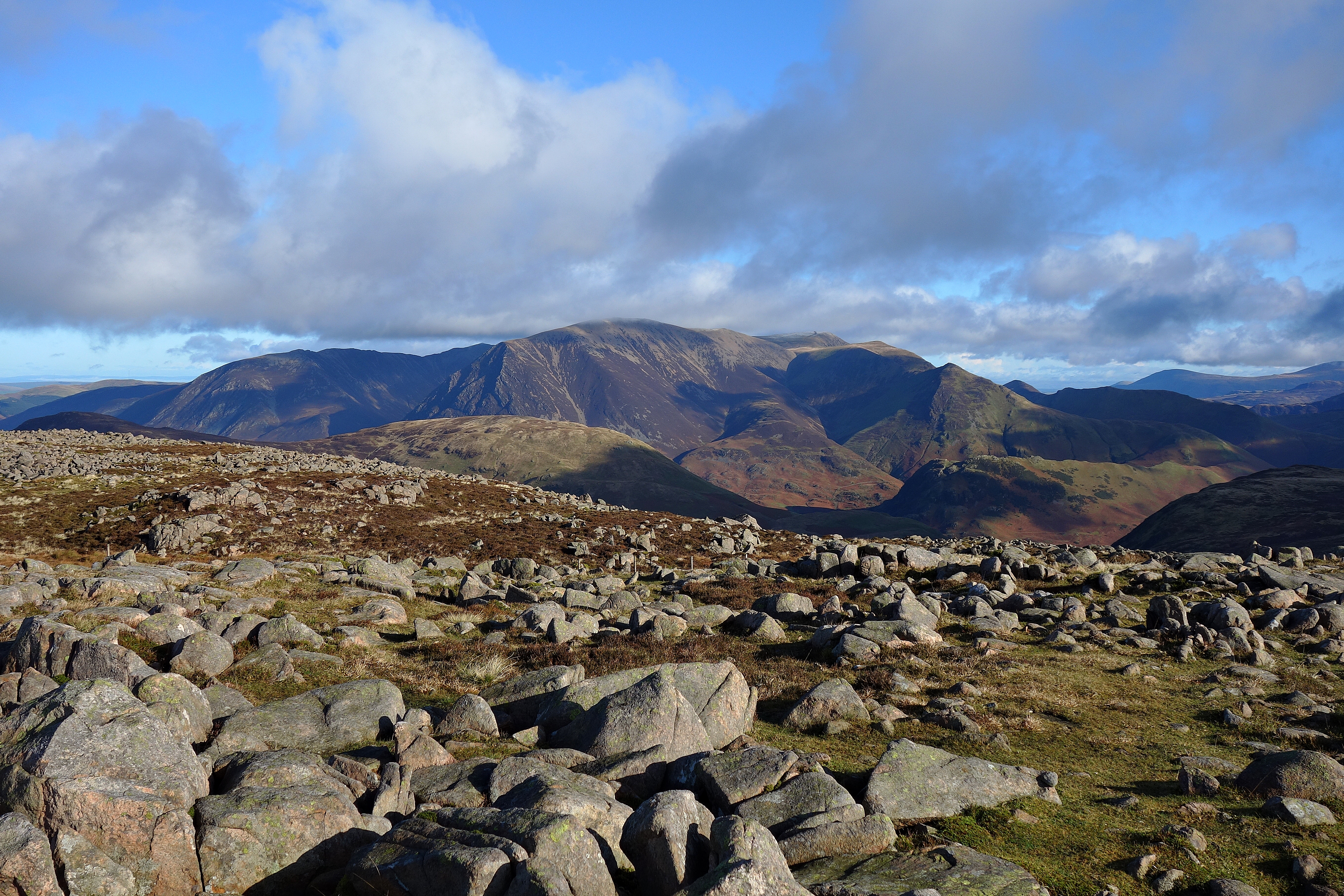 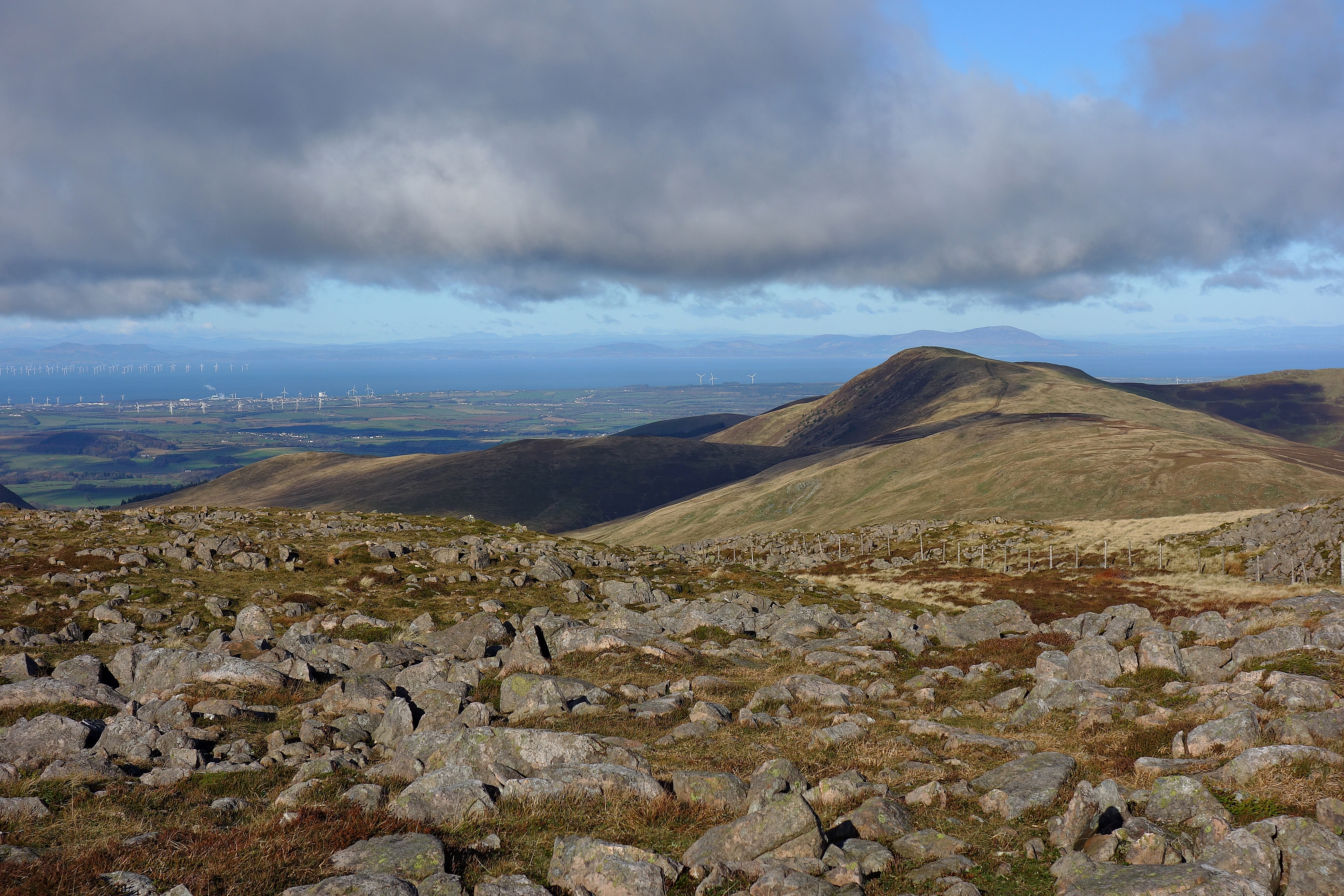 Starling Dodd looks an insignificant lump from Great Borne, Red Pike is definately the main point of interest, even if it was in the cloud. 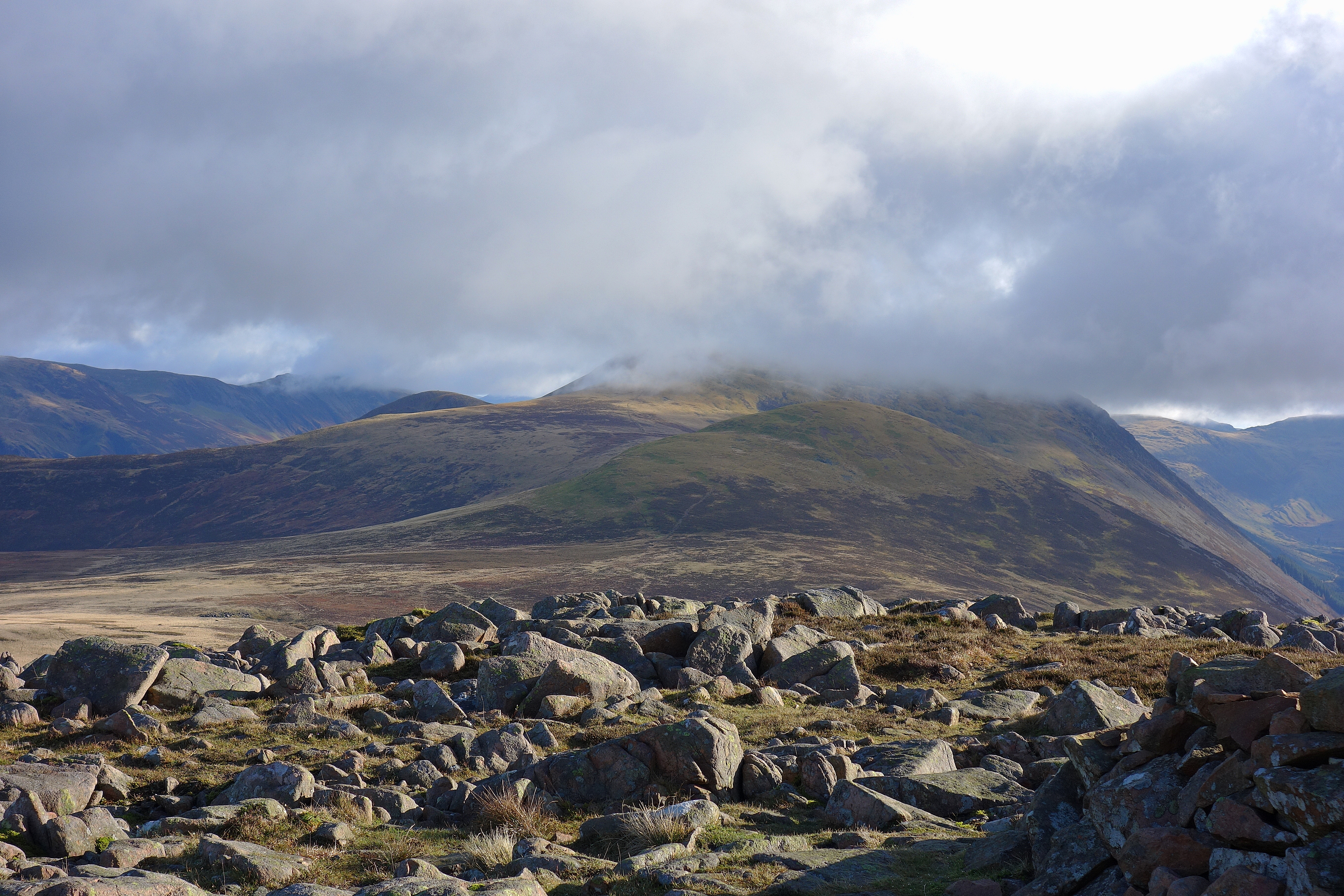 After something to nosh we set off from the summit and followed the path alongside the fence, this would help in the mist as it's a bit featureless between the two hills, further on the path leaves the fence but remains good all the way to the summit of Starling Dodd. 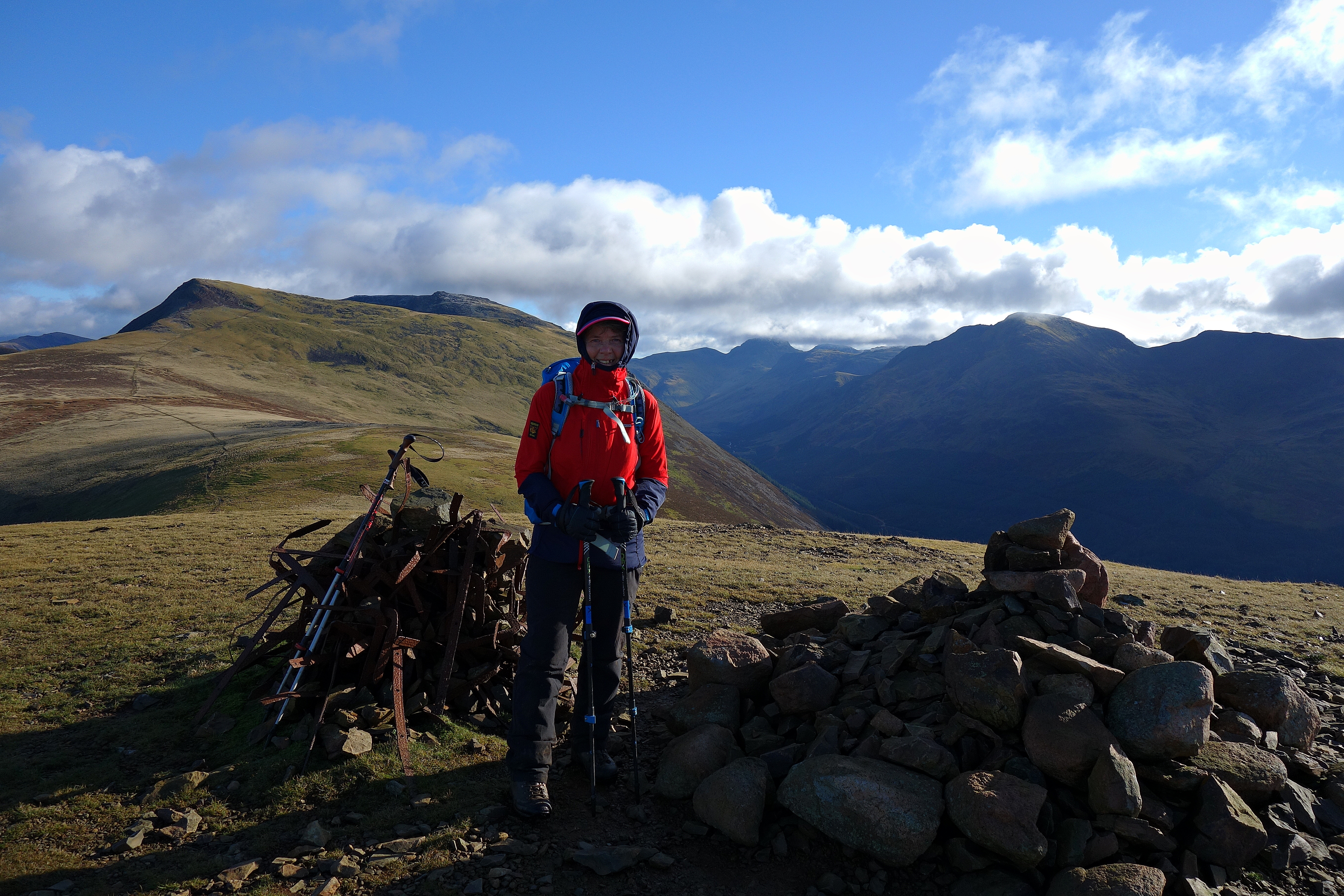 Looking N.East, East and S.East from the top you get a view that is easily one of the best in Lakeland, it's one of those views that makes up for ones you miss on the clagged out days, the sort of view you want every time you set off into the hills. 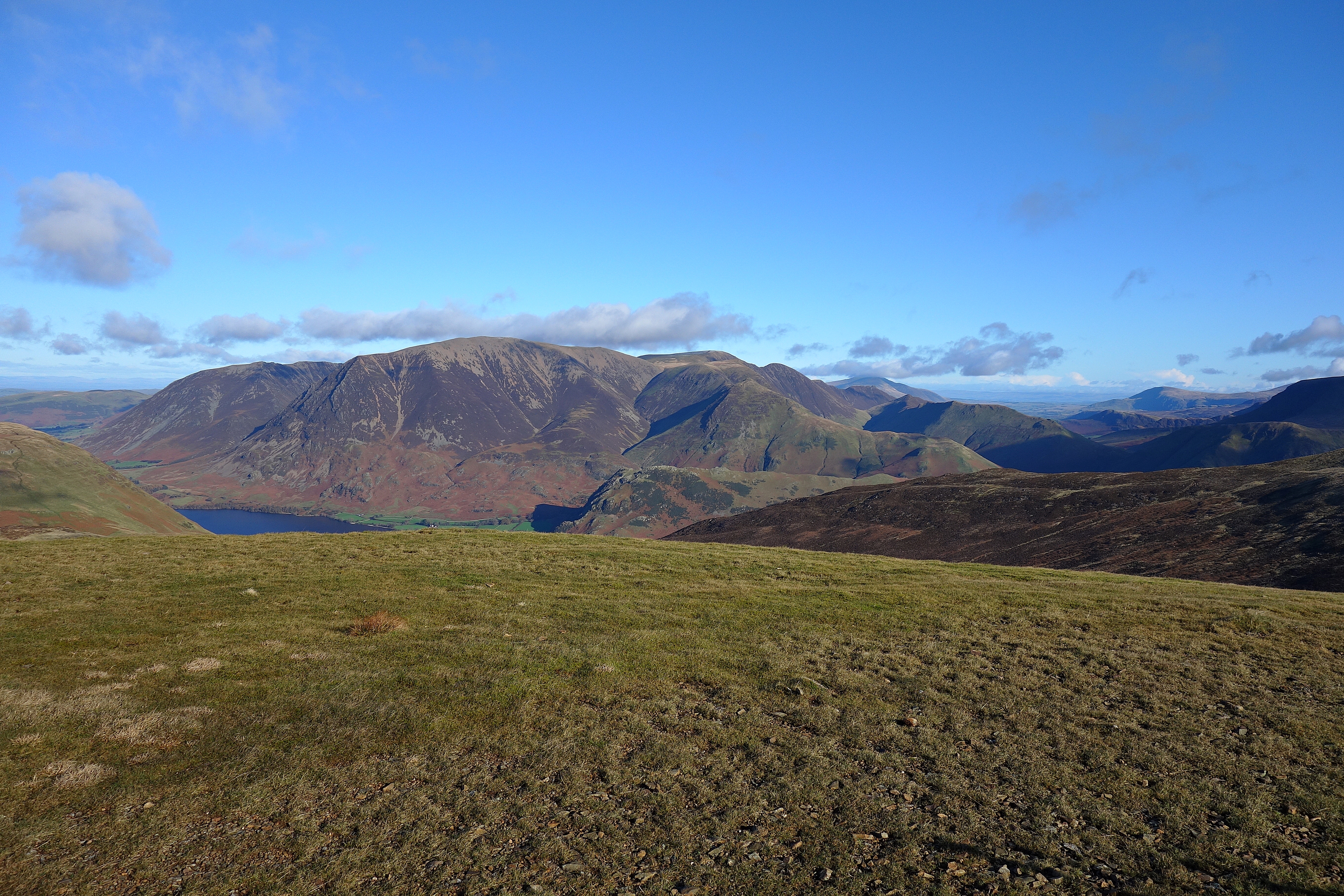 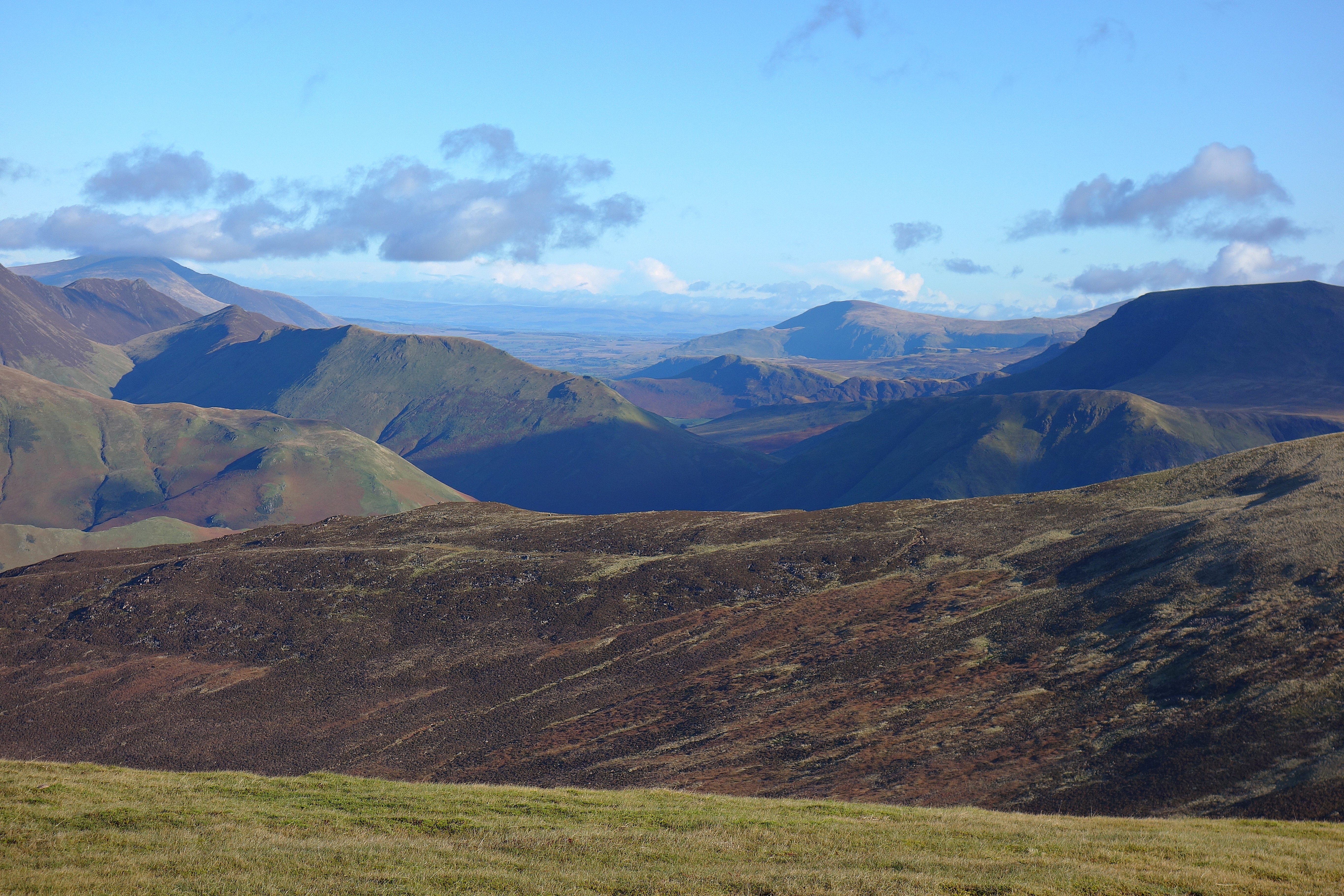 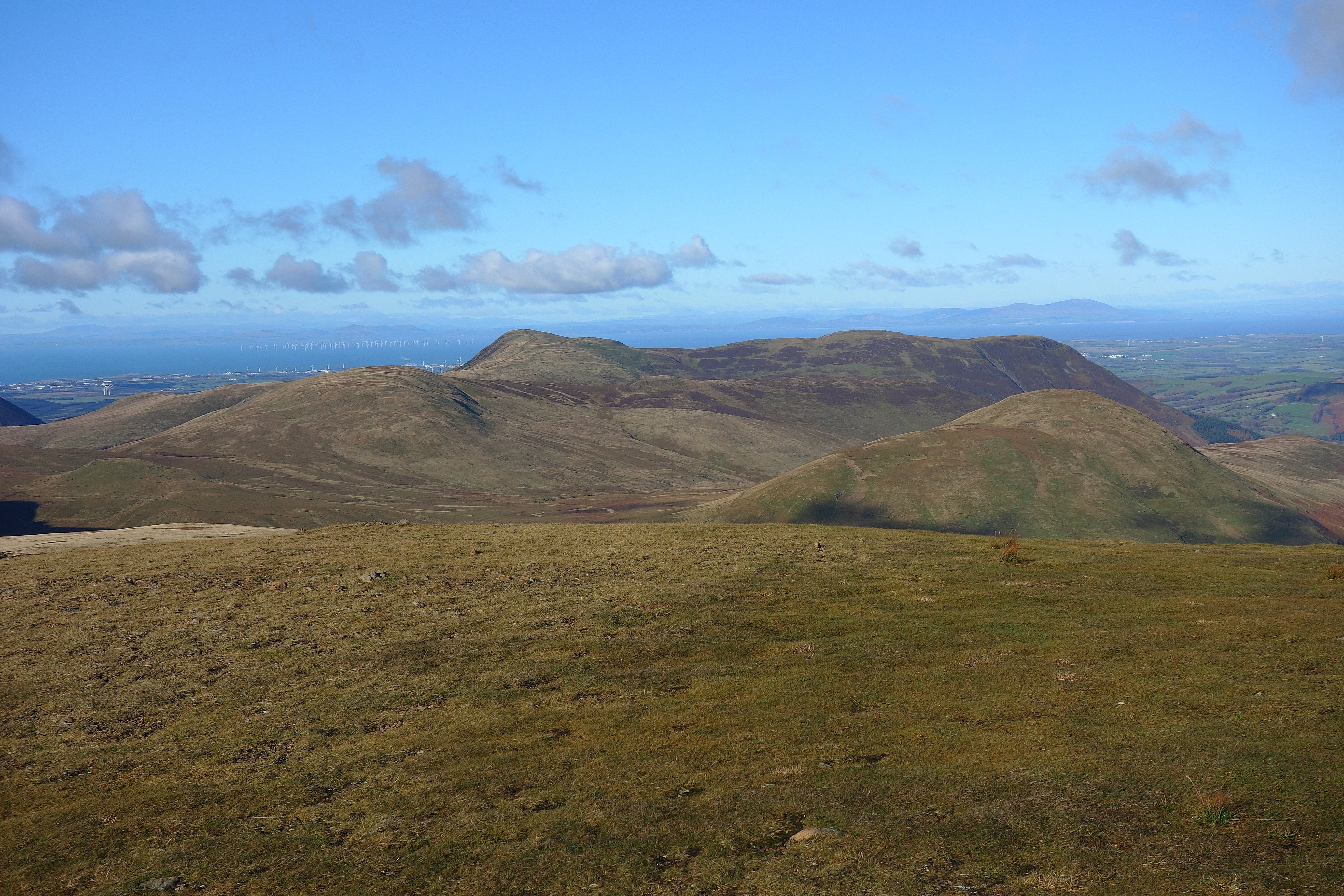 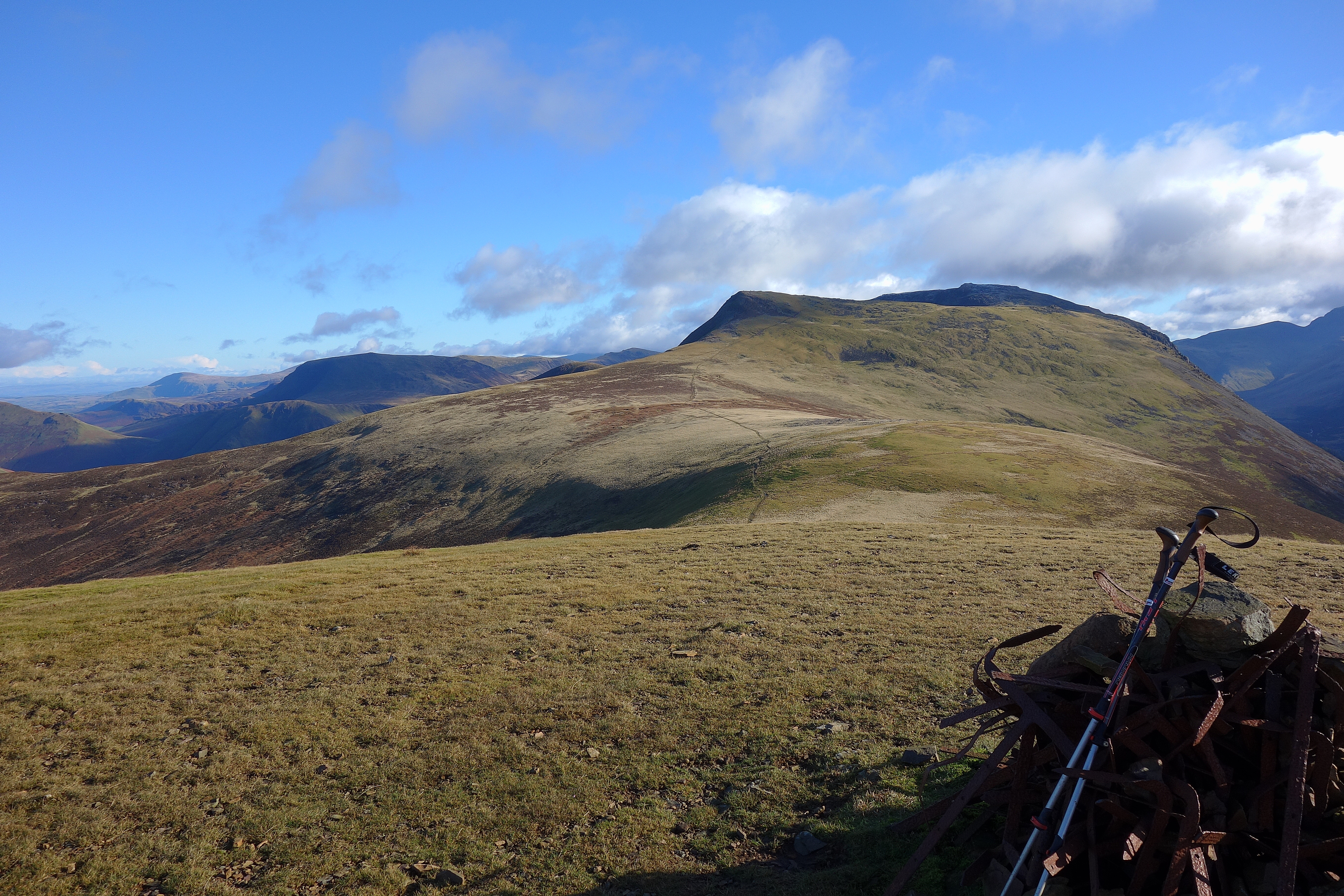 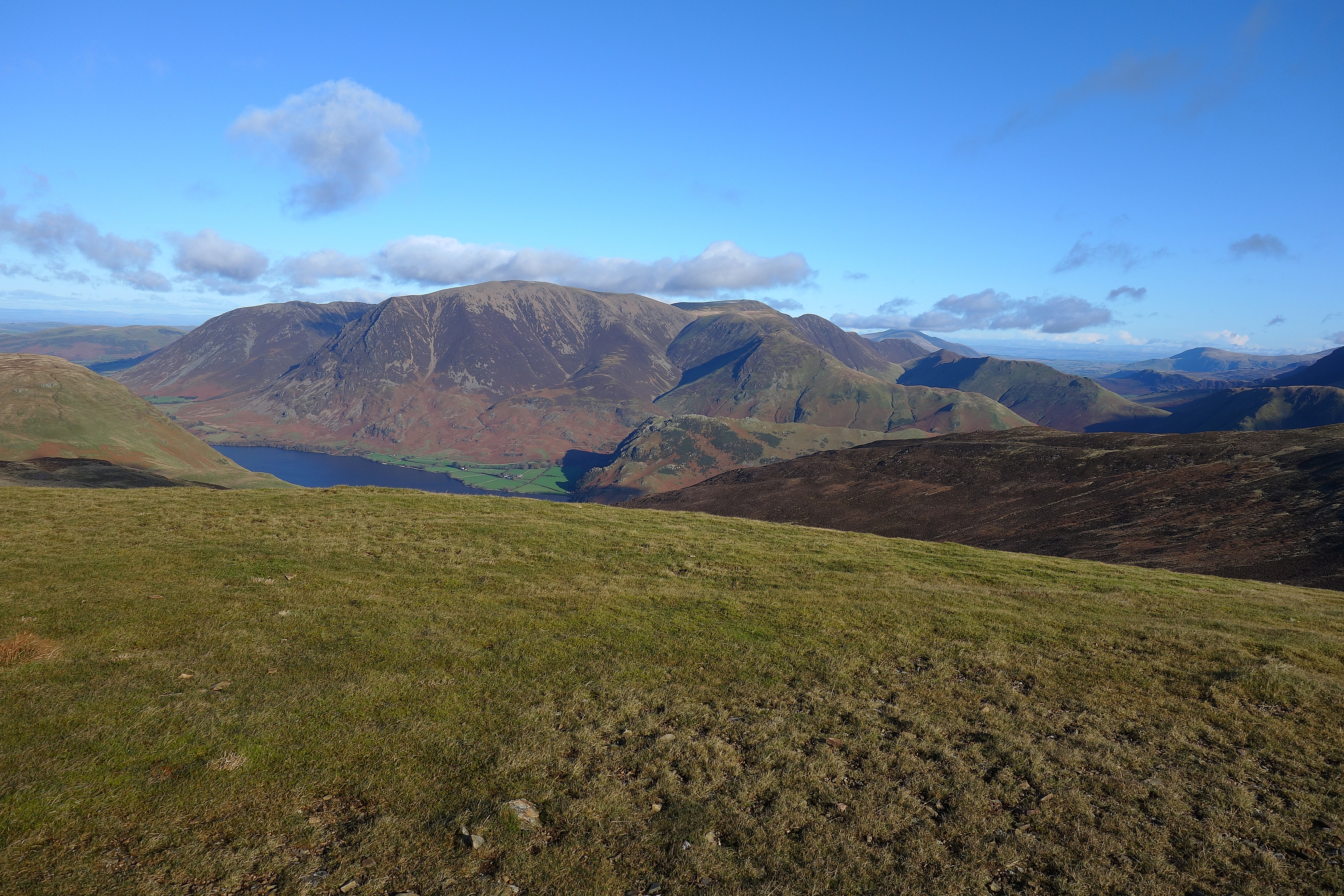 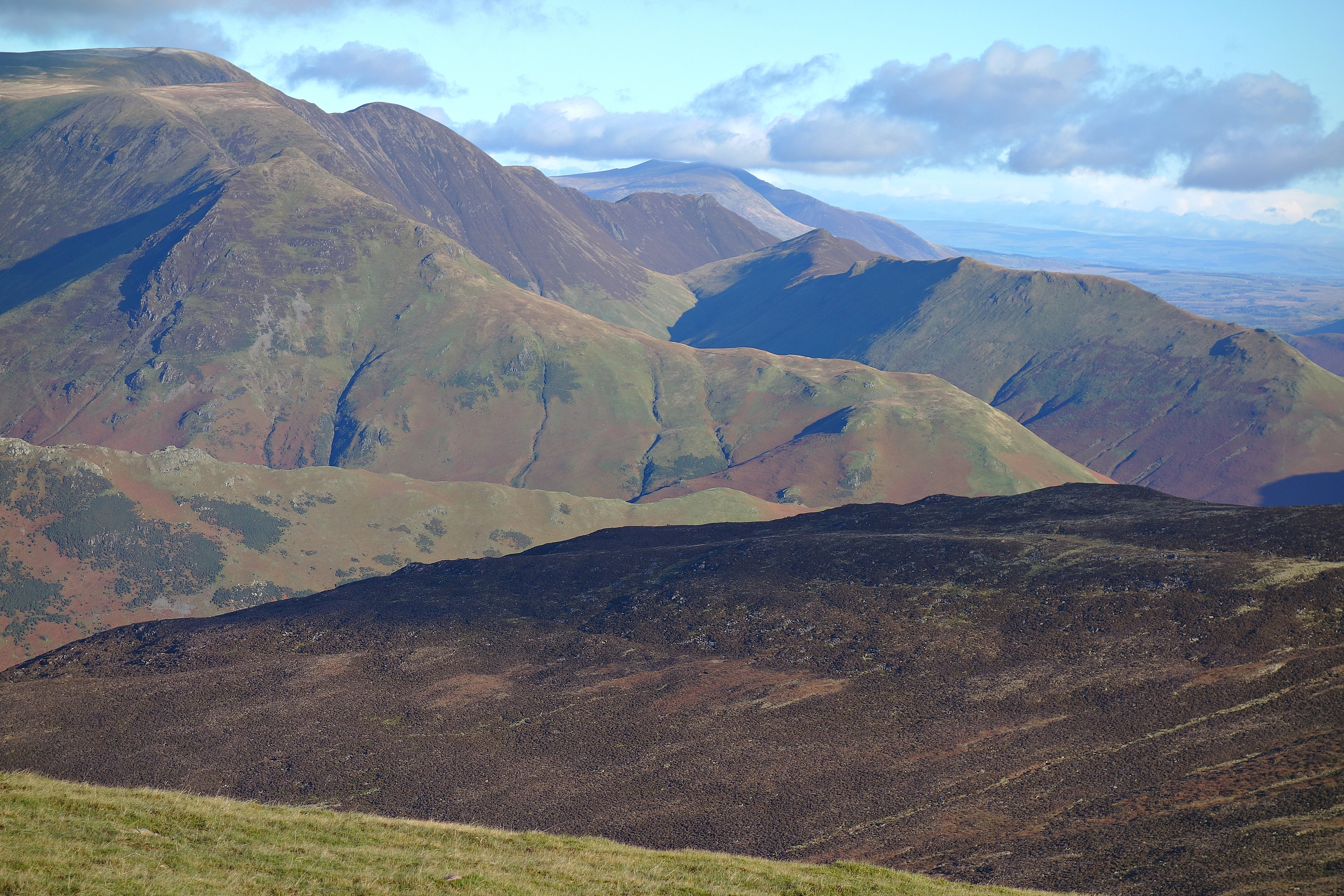 We kept to the plan and set off back to Great Borne, not very adventurous I admit but better the devil you know and all that.

The views were good. 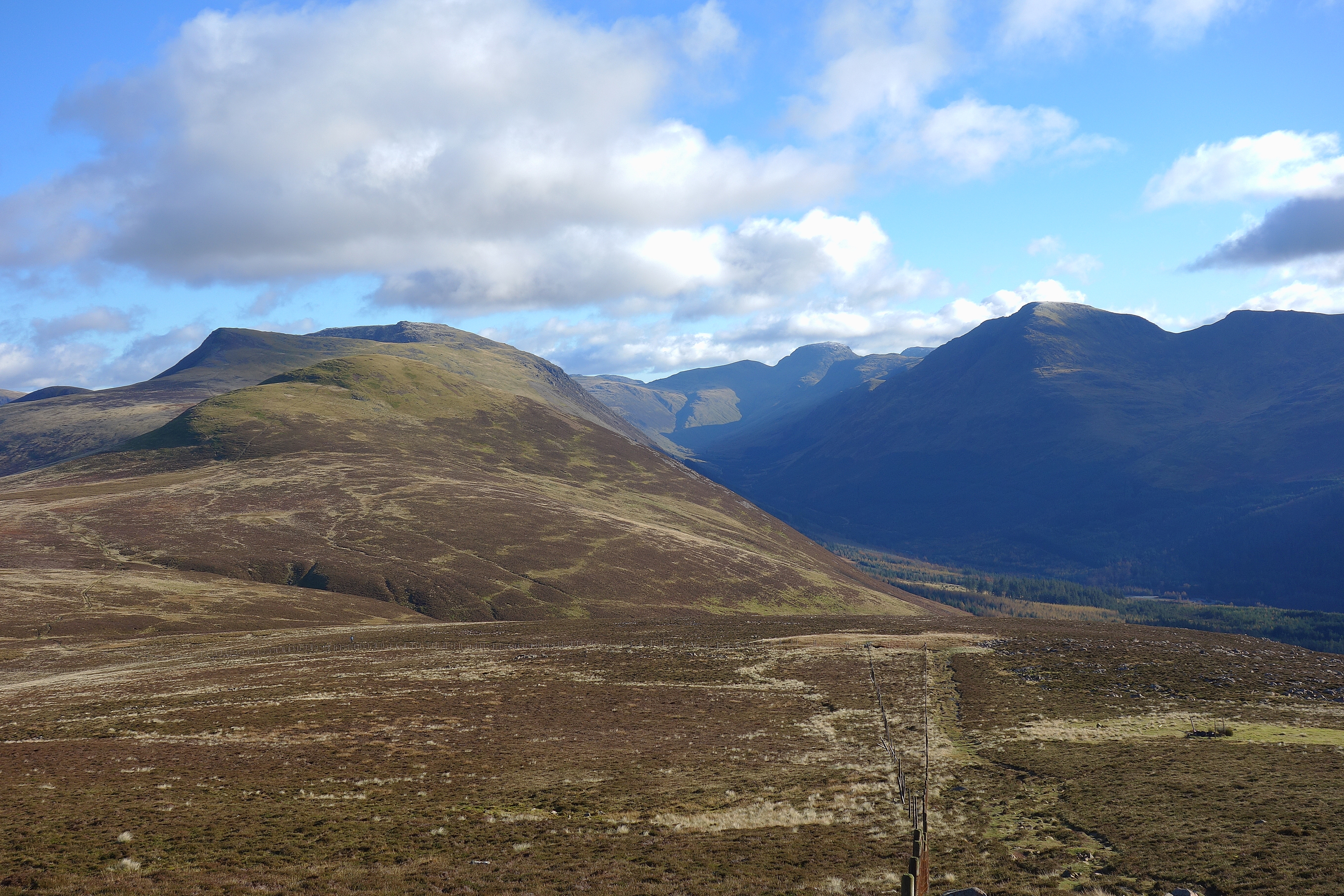 Sun over Caw Fell and Haycock. 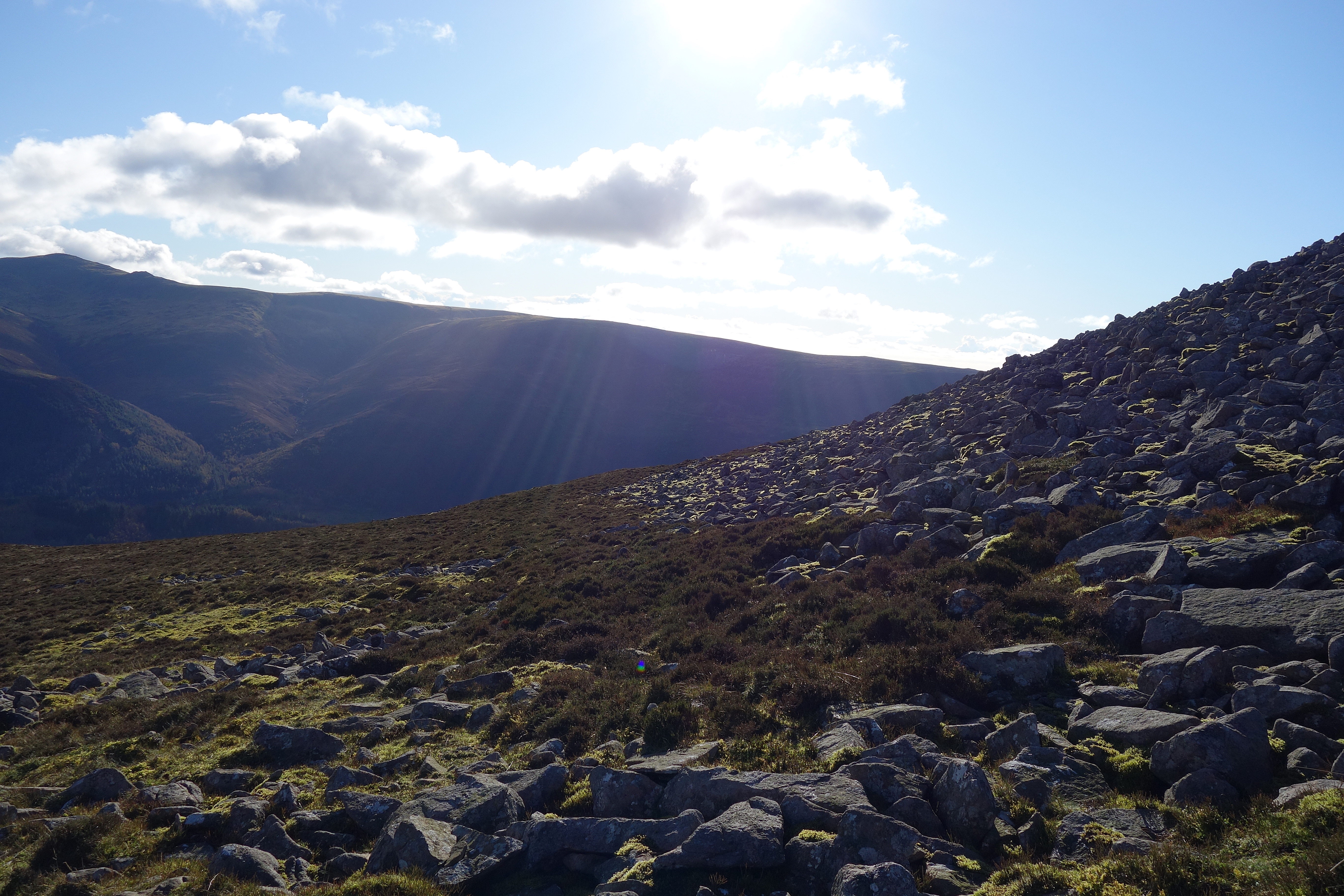 From Great Borne we headed for Herdus (there you are, you see, a bit of variety 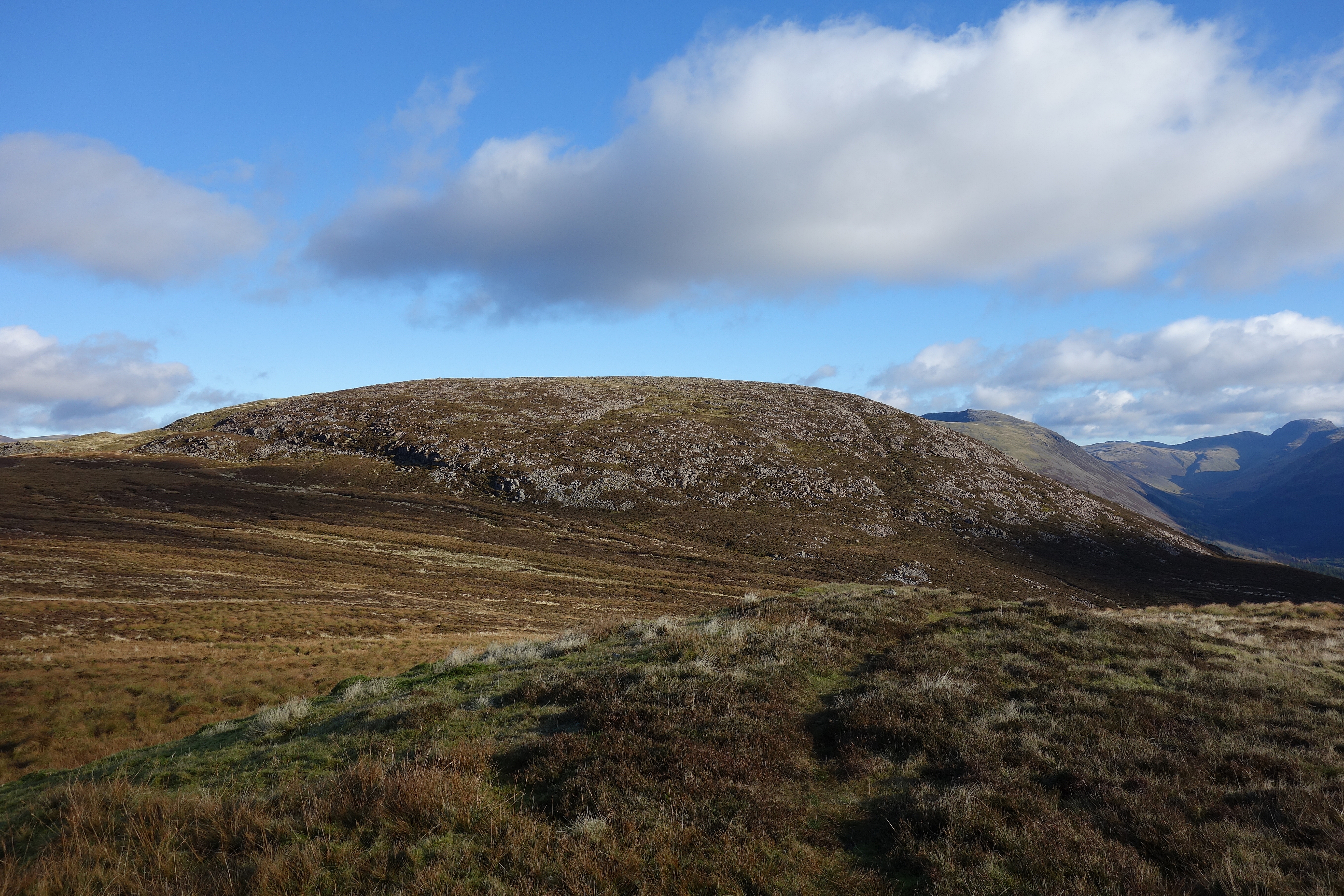 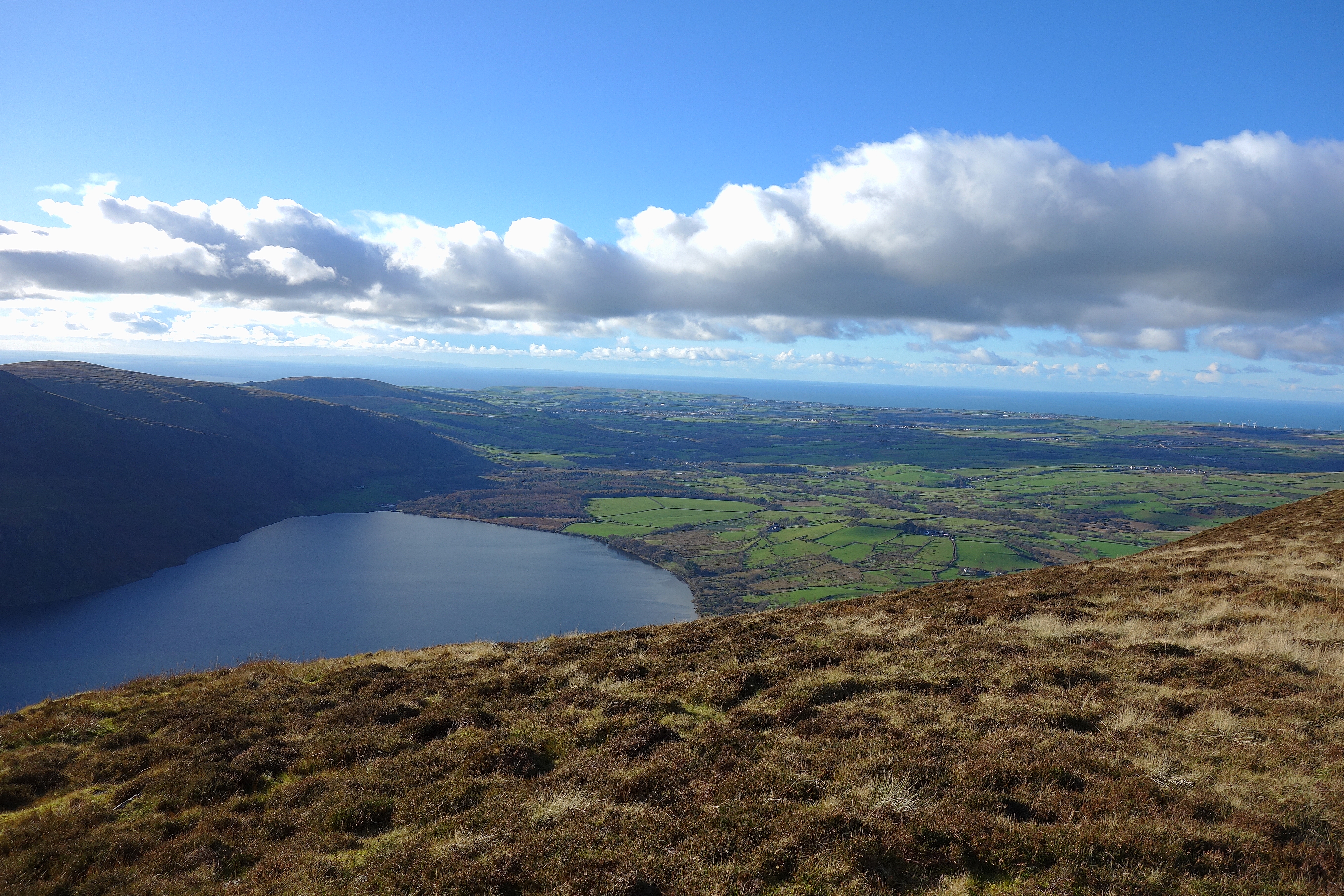 We headed down the nose, this was steep, steeper than it looks on the map, I had a couple of "bum meeting hillside" moments on the way down and the general point of view from the both of us was "glad we didn't come up this way".

The angle eases around 250m and becomes a more relaxed end to the day.

Camera comes out for end of walk photies. 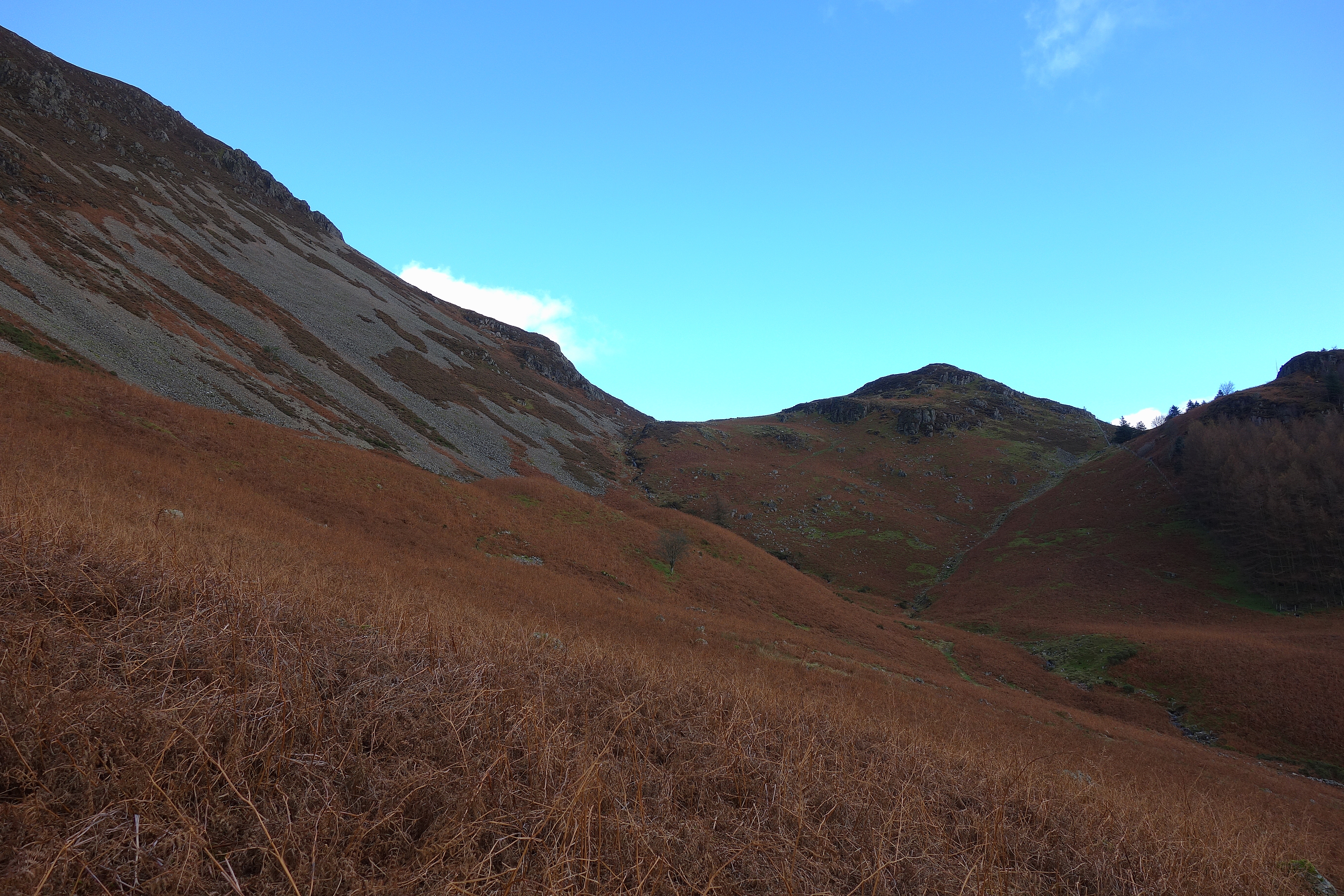 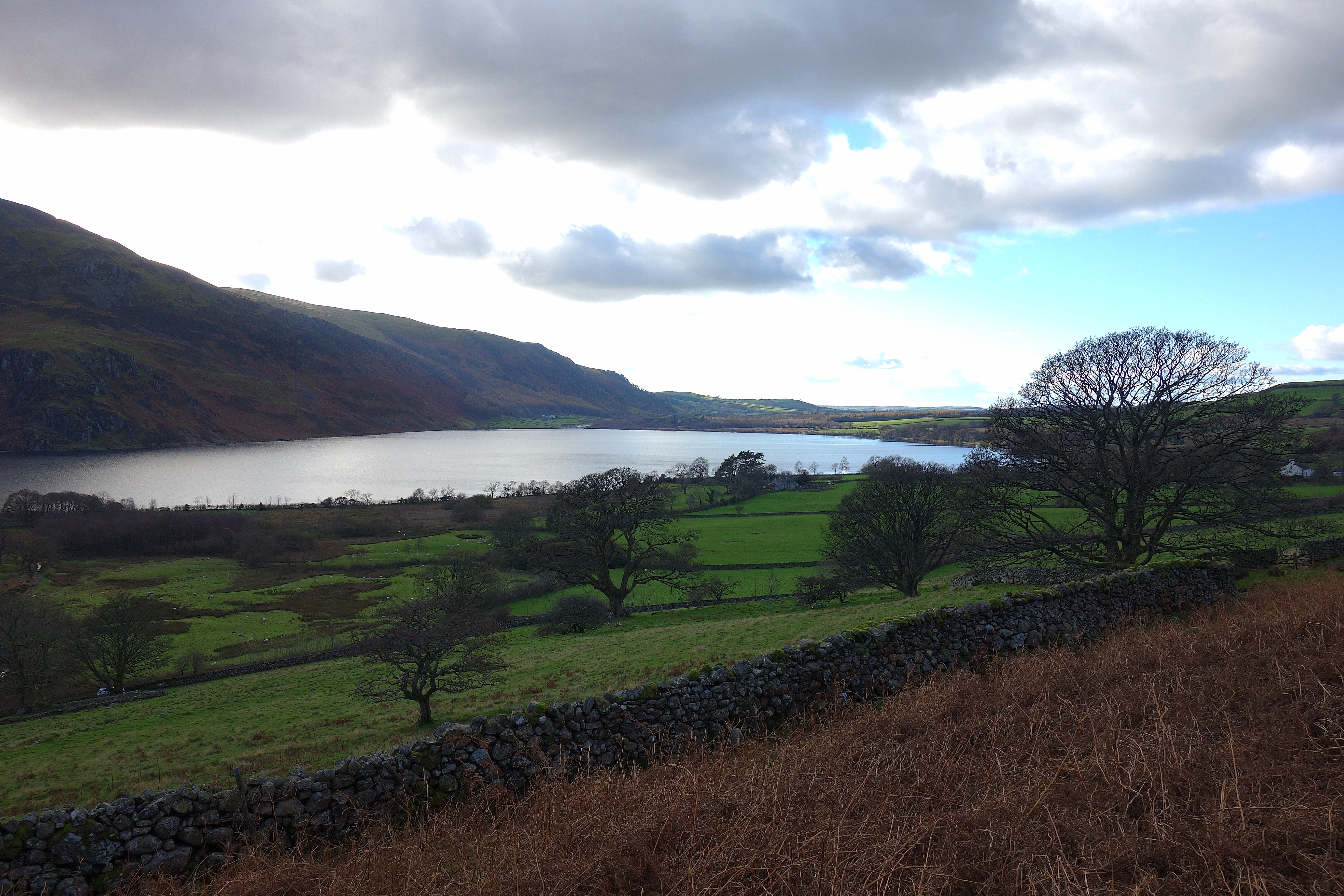 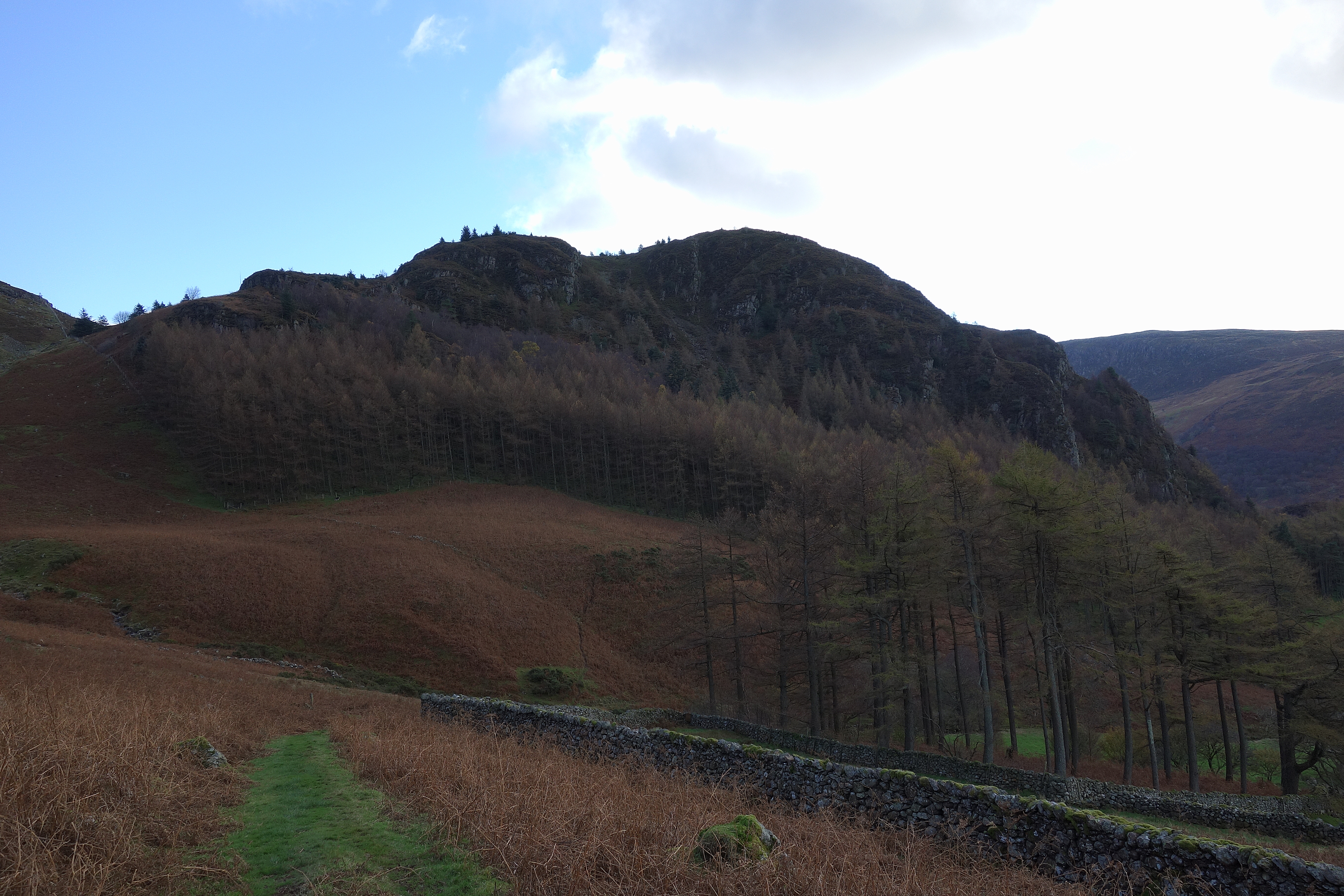 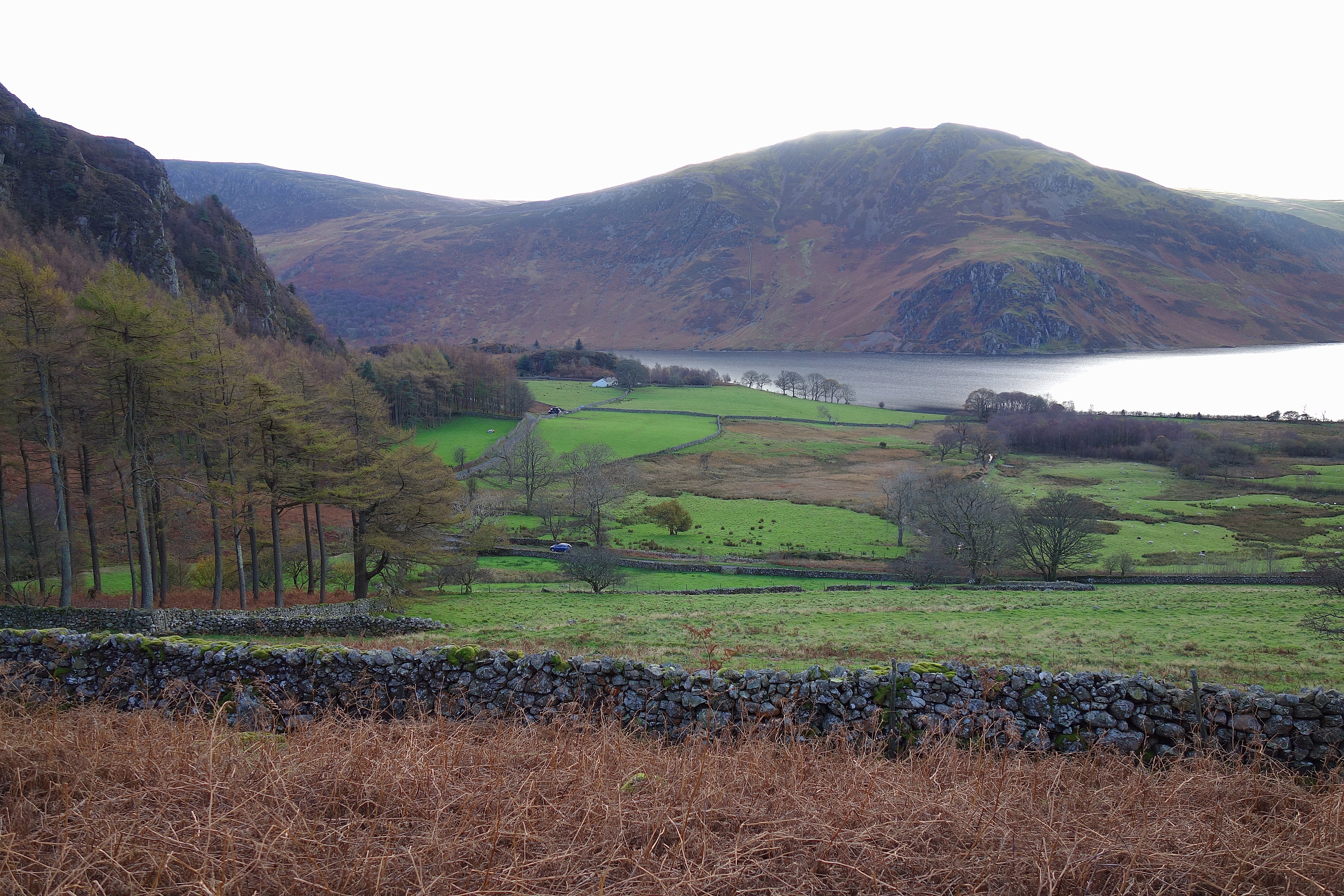 I quite liked the look of the walk from Starling Dodd to Red Pike and the hills beyond, I'm thinking of a nice long walk along the ridge going as far as Scarth Gap and returning to Bowness car park going through the plantations above the River Lisa, it's a plan for next summer, ahh, but will it work out

Re: A good day for views, that makes a change.

These are two terrific hills for views and you've captured them well.

Re: A good day for views, that makes a change.

johnkaysleftleg wrote:These are two terrific hills for views and you've captured them well.

Thank you Anthony, we're hoping to go further along the ridge next year and do the fells that Denise needs to do to catch up with me, Red Pike etc to Scarth Gap, it'll be interesting to see how the views change along the way.
Cheers.